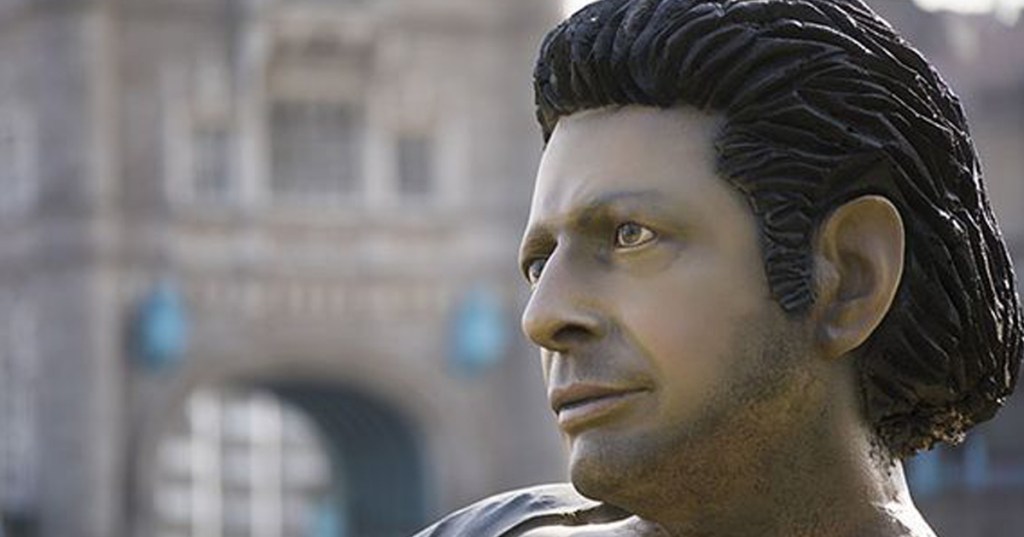 Lately, actor Jeff Goldblum has enjoyed a resurgence in popularity, as people realize what true Goldblum-aficionados have always known: the man national treasure. Besides his acting, which is already legendary, fans around the world love him for his dapper wardrobe, his distinctive halting speech pattern, his unabashed quirkiness, and of course his good looks.

If you’re among Mr. Goldblum’s countless admirers, London was the place to be this week. That’s where you could have seen a 25-foot statue of the Pittsburgh native, as he appeared in Jurassic Park. Open shirt and all. 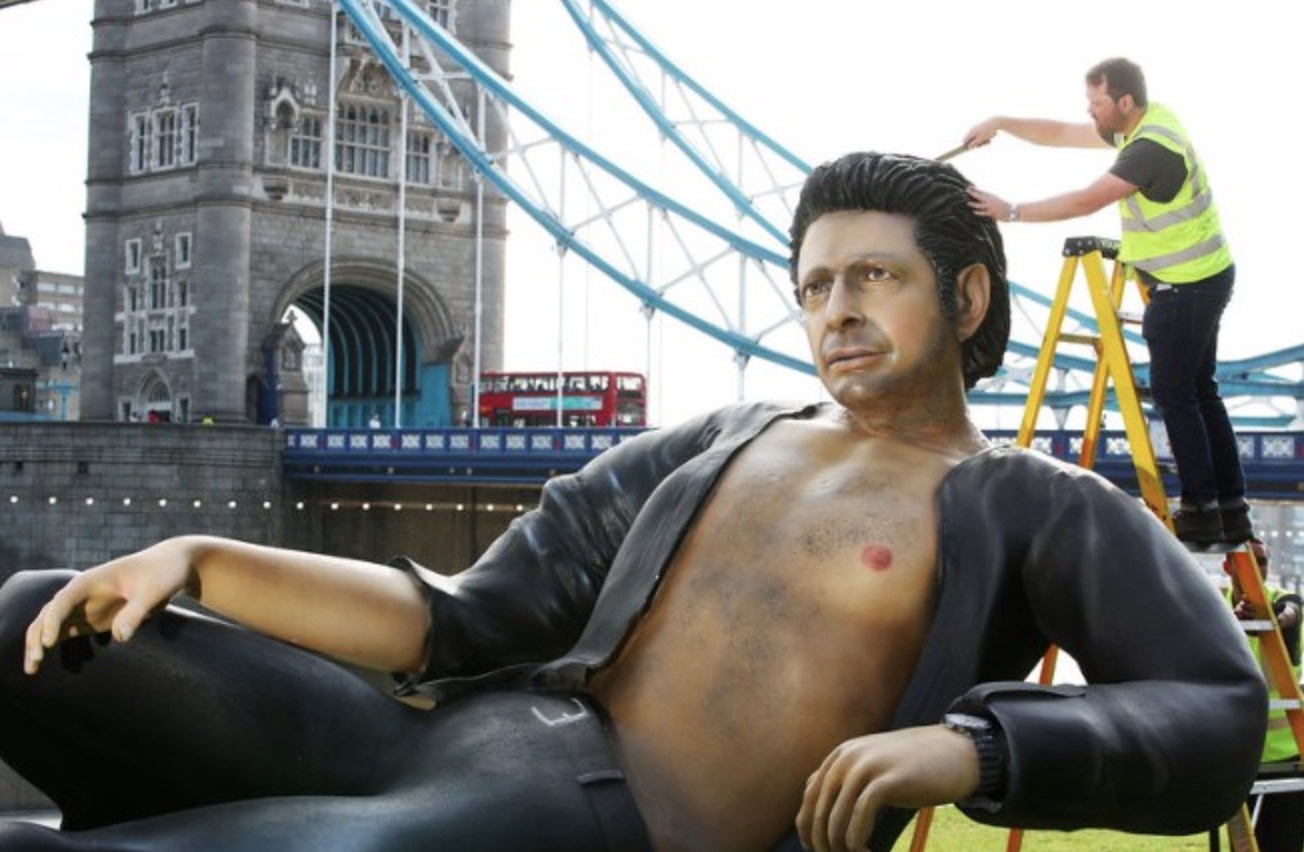 The statue reclined on Potter’s Field, on the bank of the Thames river, right near the iconic Tower Bridge. It depicted Goldblum as his equally iconic character Ian Malcolm, the mathematician and chaos theorist, while he recuperates from a T-Rex attack. It weighed in at 331 pounds and took about 250 hours to build. 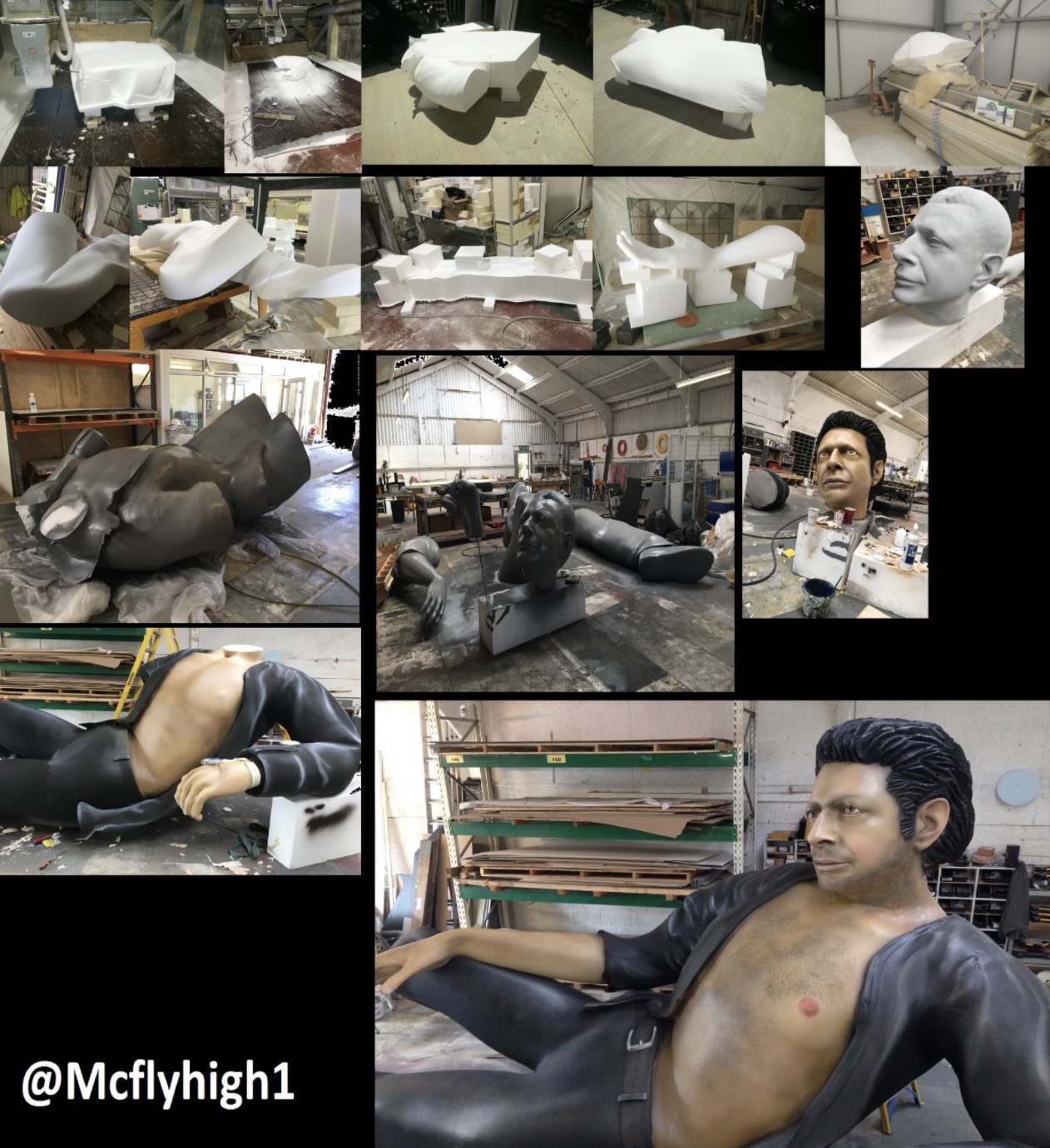 The “reclining, bare-chested Goldblum” image has been used for countless Internet memes. Here’s the moment from the movie, in case you haven’t seen it. (And if you haven’t, what is WRONG with you???) 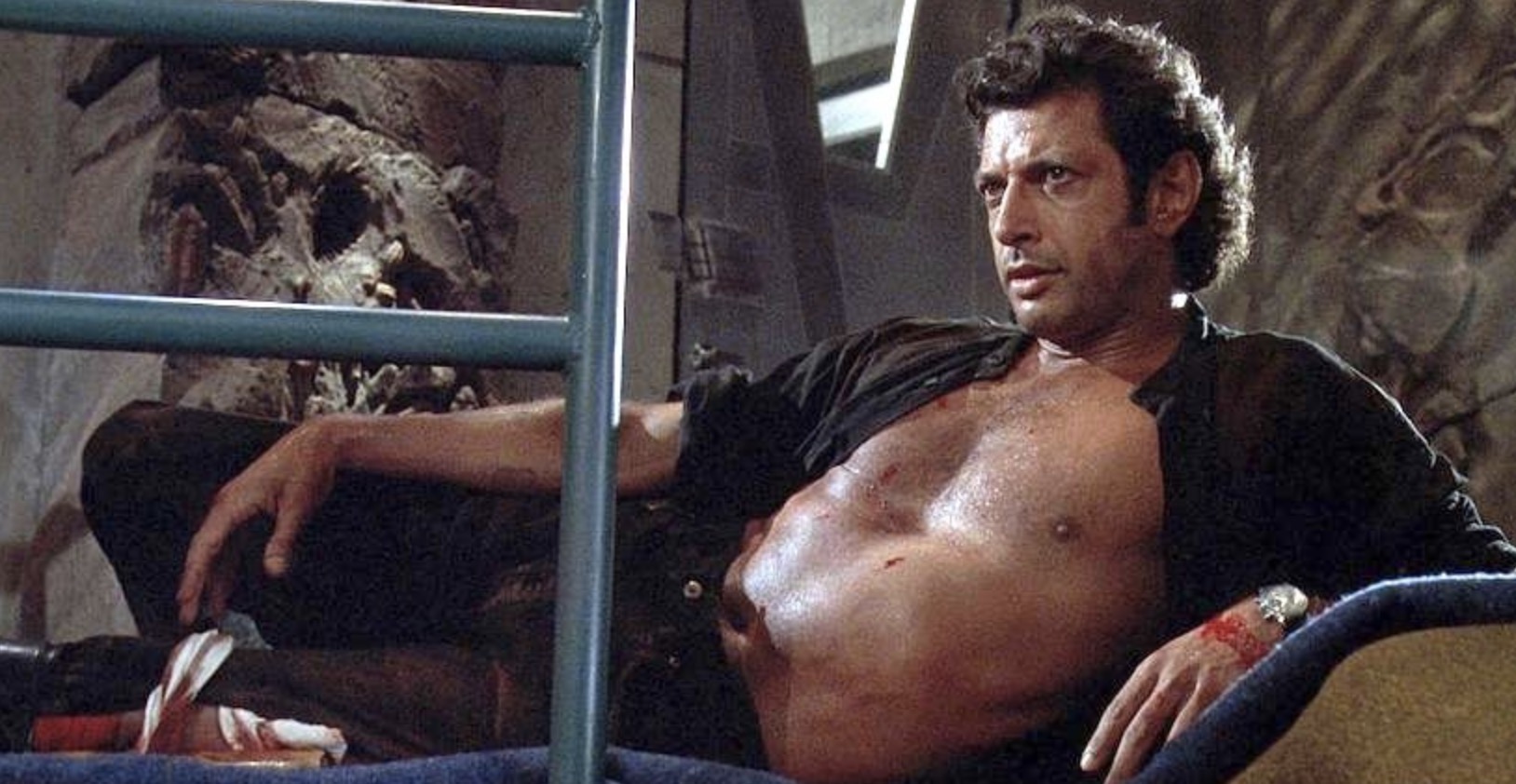 Besides Internet fame, why did someone build a statue of character from a movie that came out in the 1990’s? Because 2018 is the 25-year anniversary of the film. The statue was built by the streaming service NOW TV. In addition to the statue, NOW TV included several dinosaur footprint-shaped “fun facts” about Mr. Goldblum. 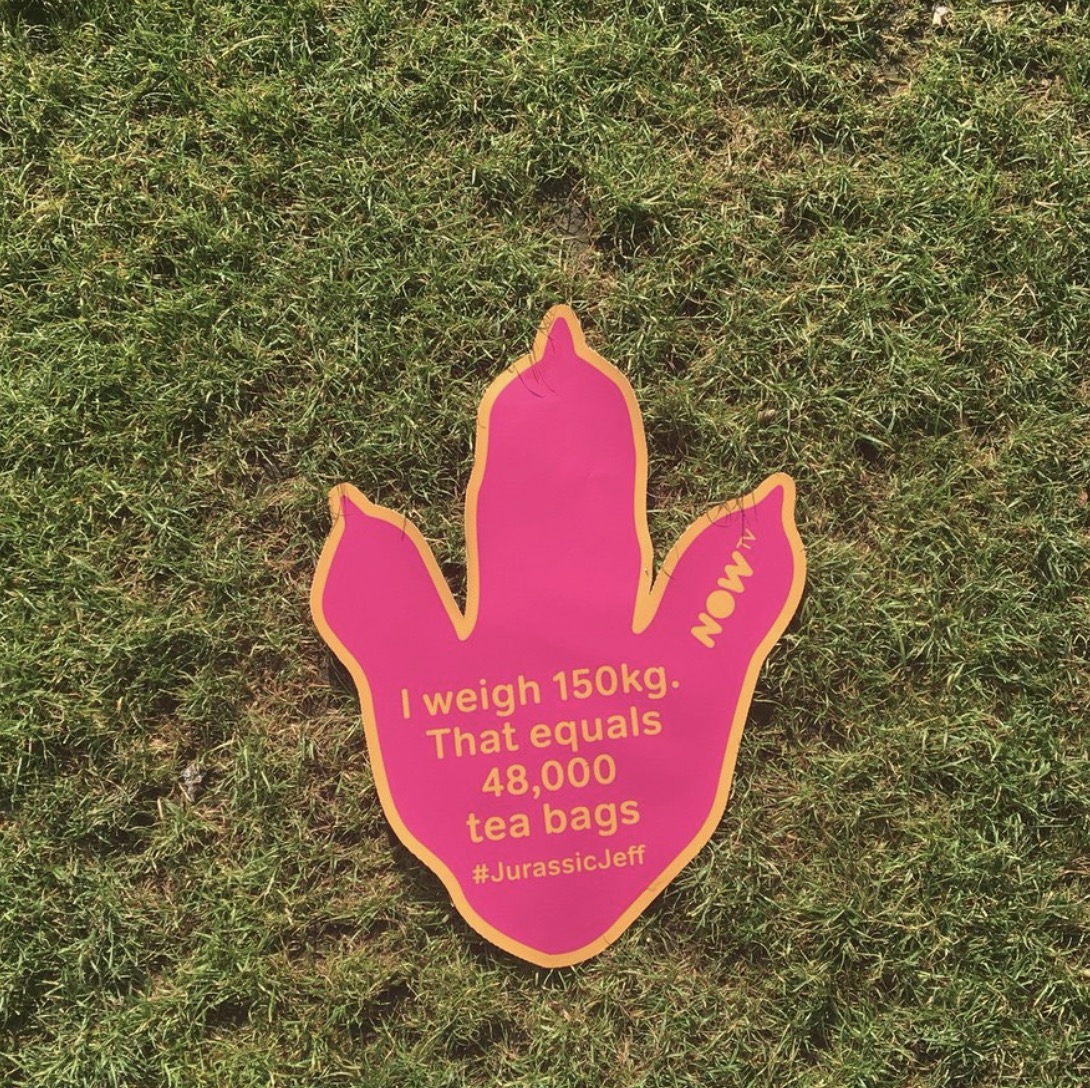 Not surprisingly, fans flocked to Potter’s Field to take pictures of the statue. 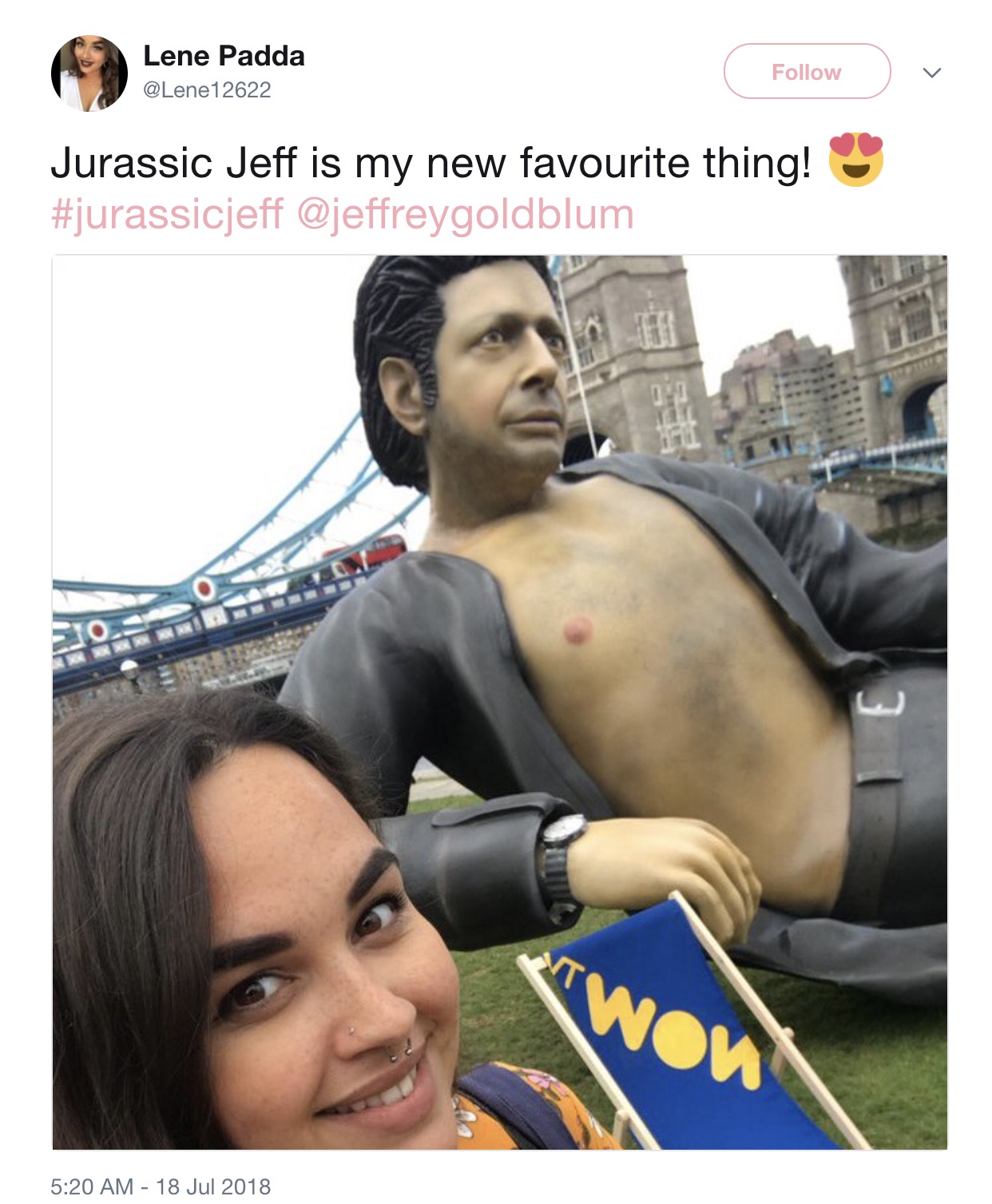 Some channeled that Goldblum magic. 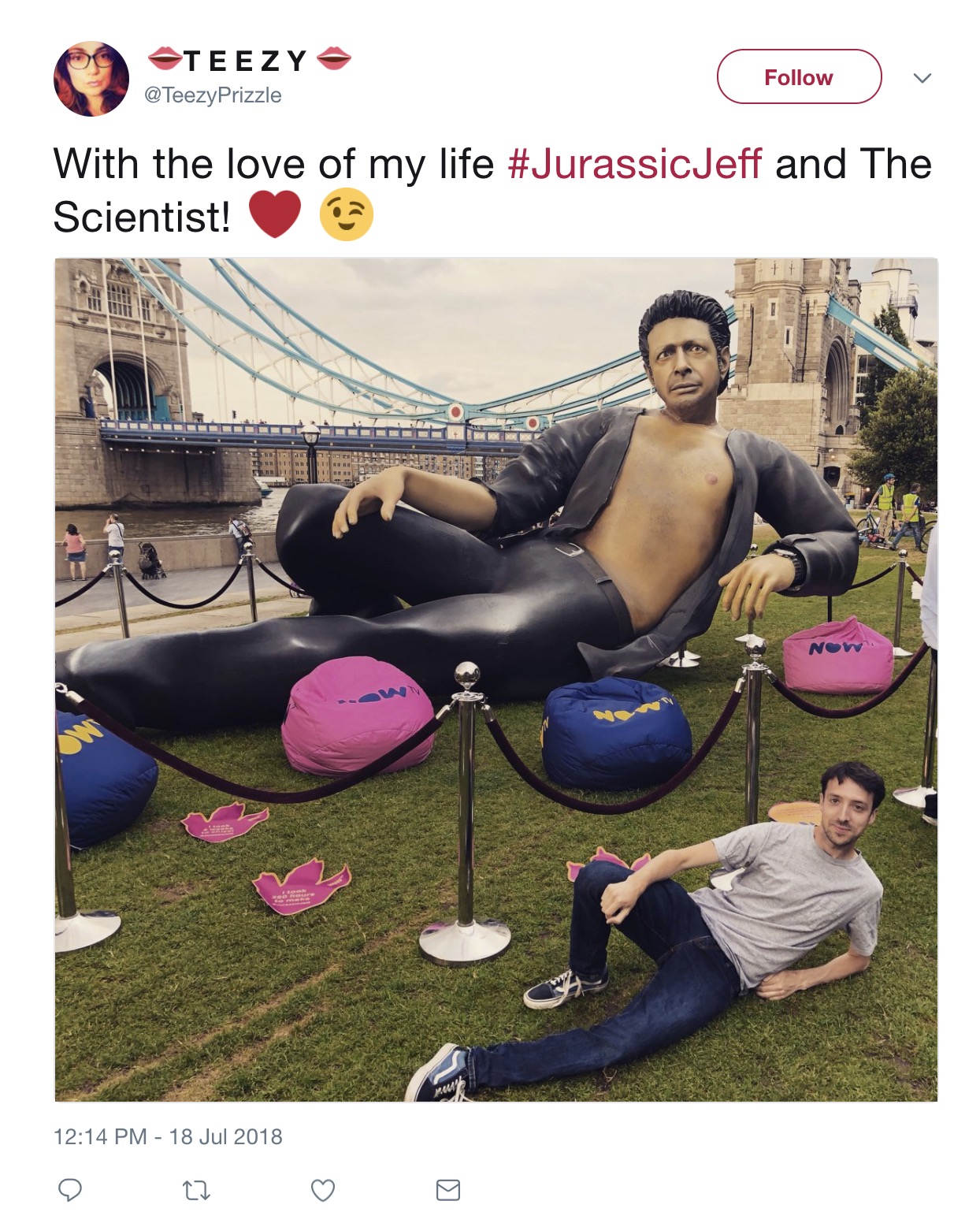 And a few of them got a bit carried away. 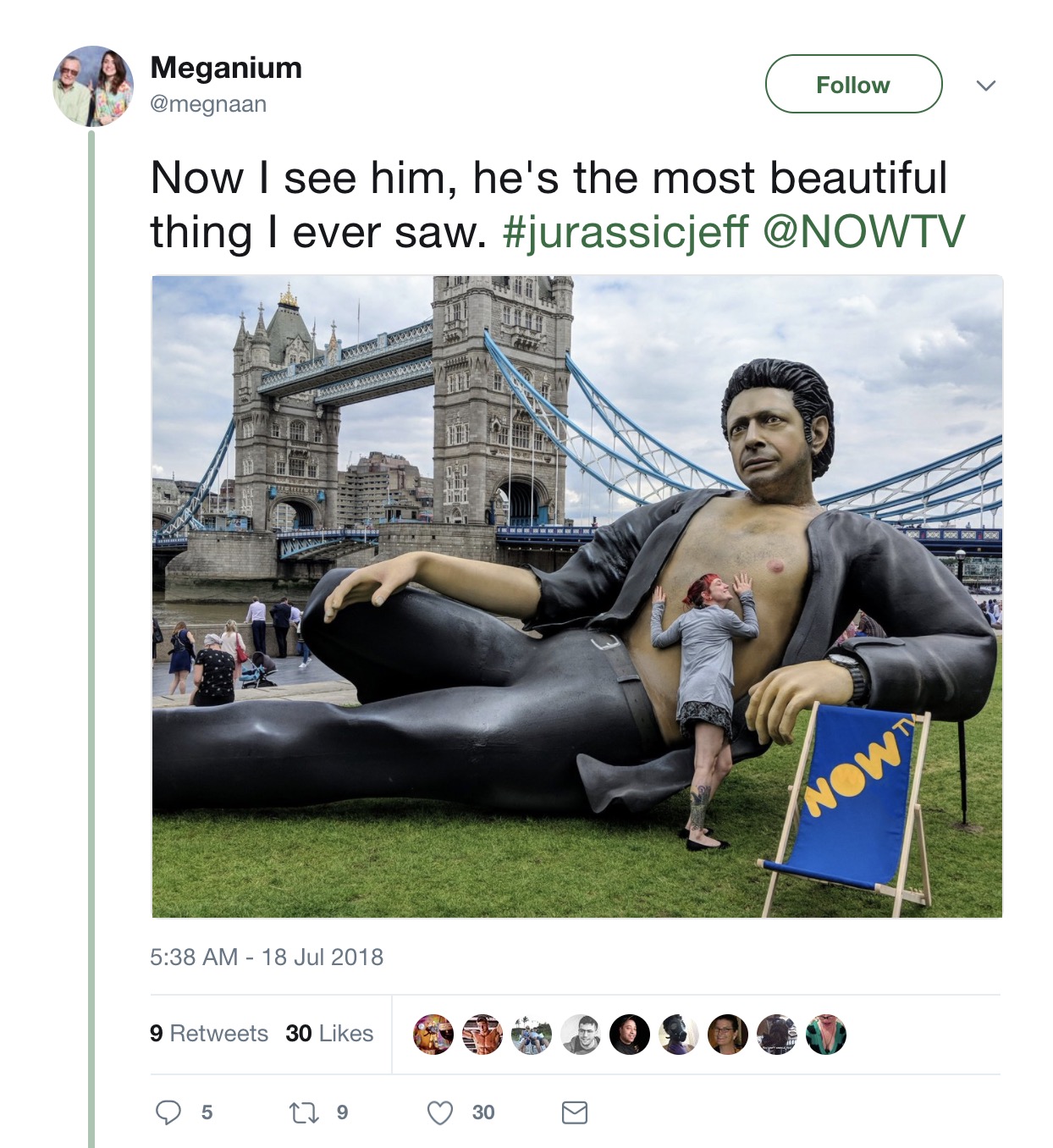 Parks & Recreation star Aubrey Plaza even stopped by. She tried to cozy up to the statue and had to be chased off by event security. (Which was undoubtedly staged, but probably also how lots of people felt about it.) 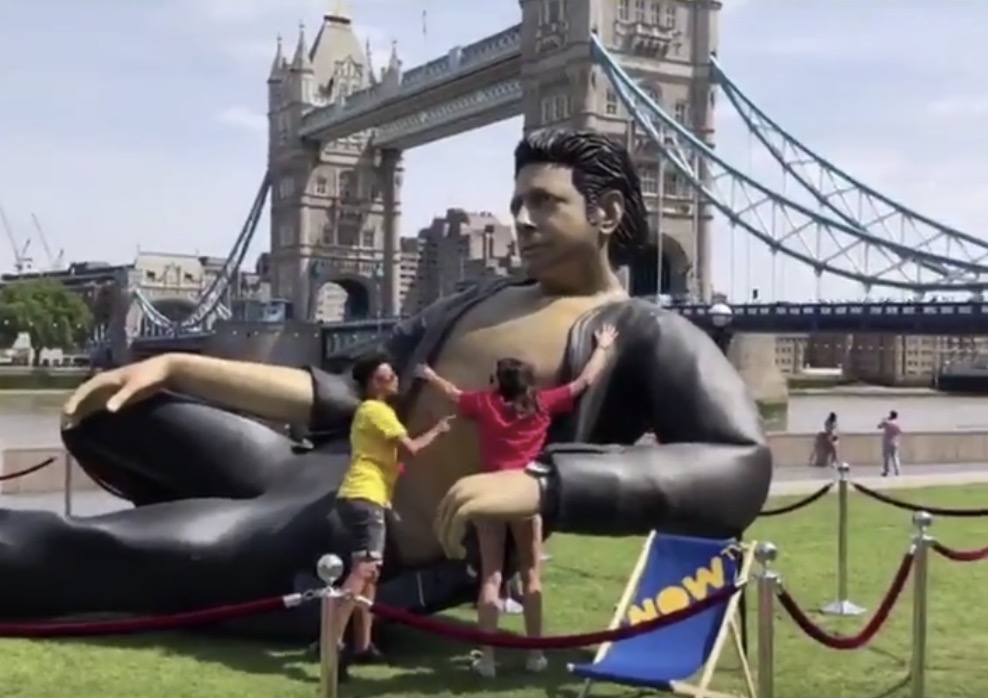 Unfortunately, the statue exhibition has ended, and the sexy Goldblum statue is now in storage, denying humans their natural right to enjoy it. So if you didn’t get to London in time, you’ll have to get your fix with memes like this one: 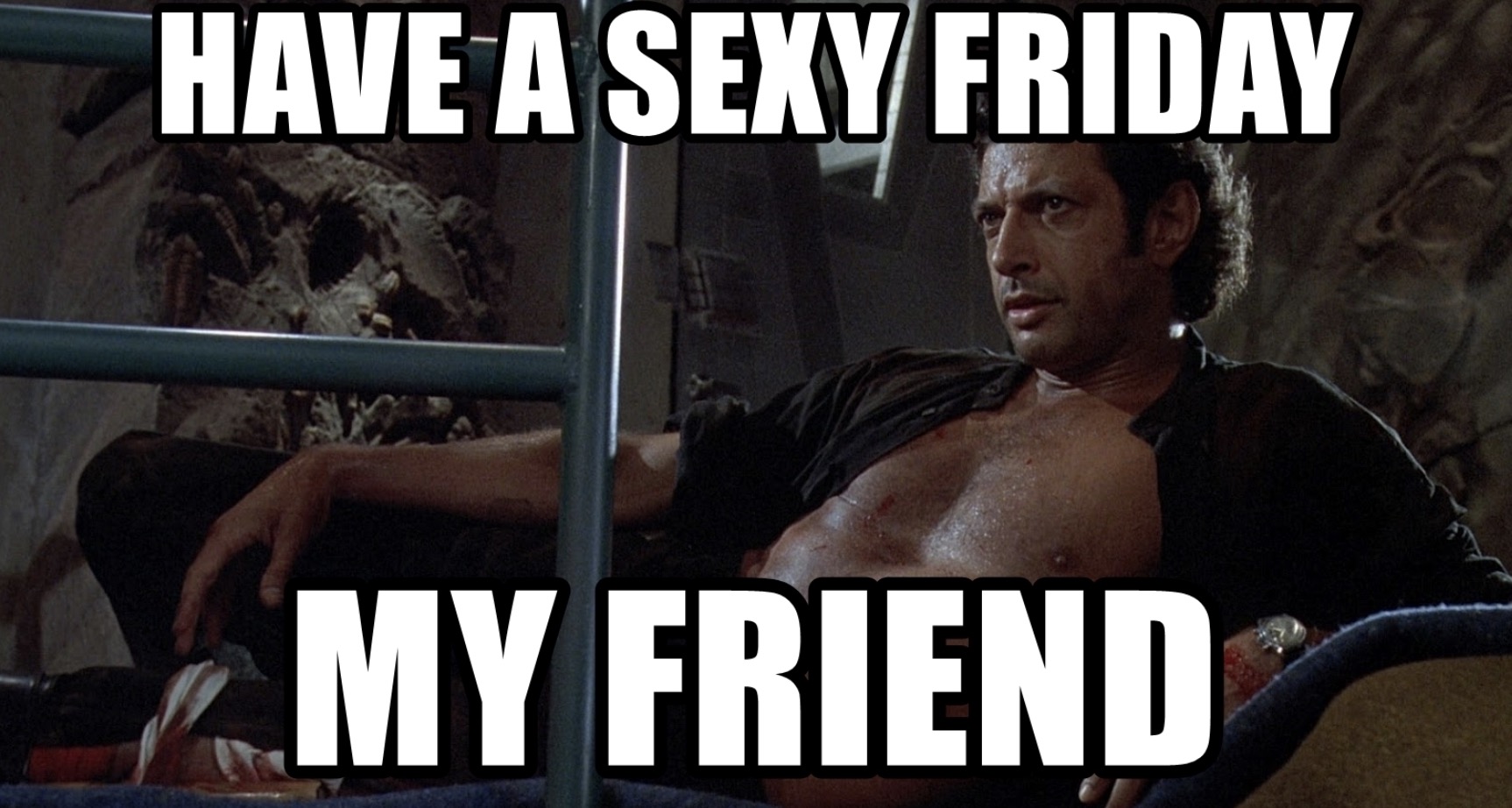