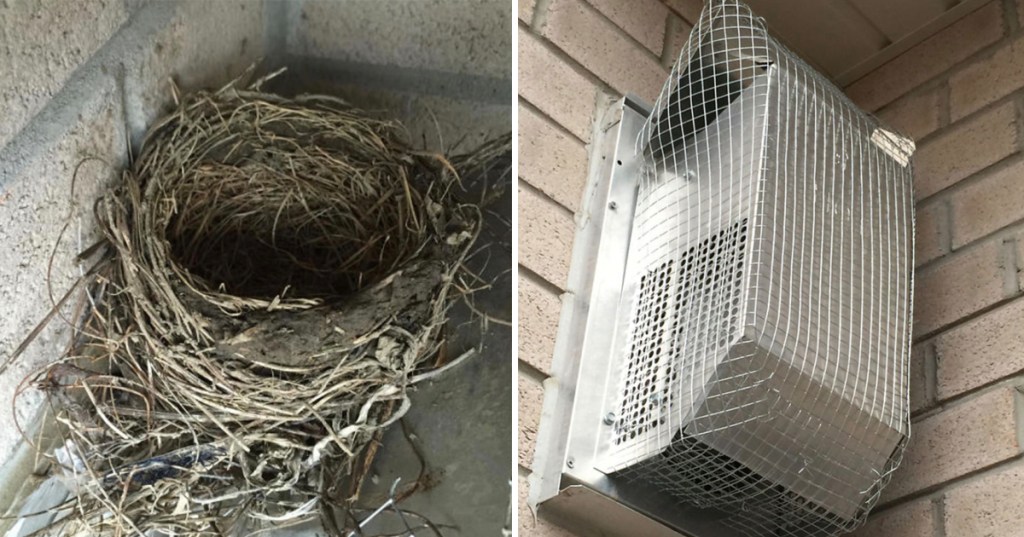 The greatest story of our time won’t be found in a movie theater or in a bestselling book. Instead, it’s taking place on a back porch, between a mild-mannered man and the most tenacious birds on the planet. It’s a story about one man’s quest for peace and quiet, against the unrelenting forces of nature.

atomicrabbit2 shared the story of his bird battle on Imgur, (since picked up by Bored Panda). It all began four years ago, when he moved into a new house. One of the features that attracted him to this house was a gas heater, which has an exhaust vent near the back door. The vent is tucked beneath the eaves, creating a snug, dry space that’s perfect for a small bird. 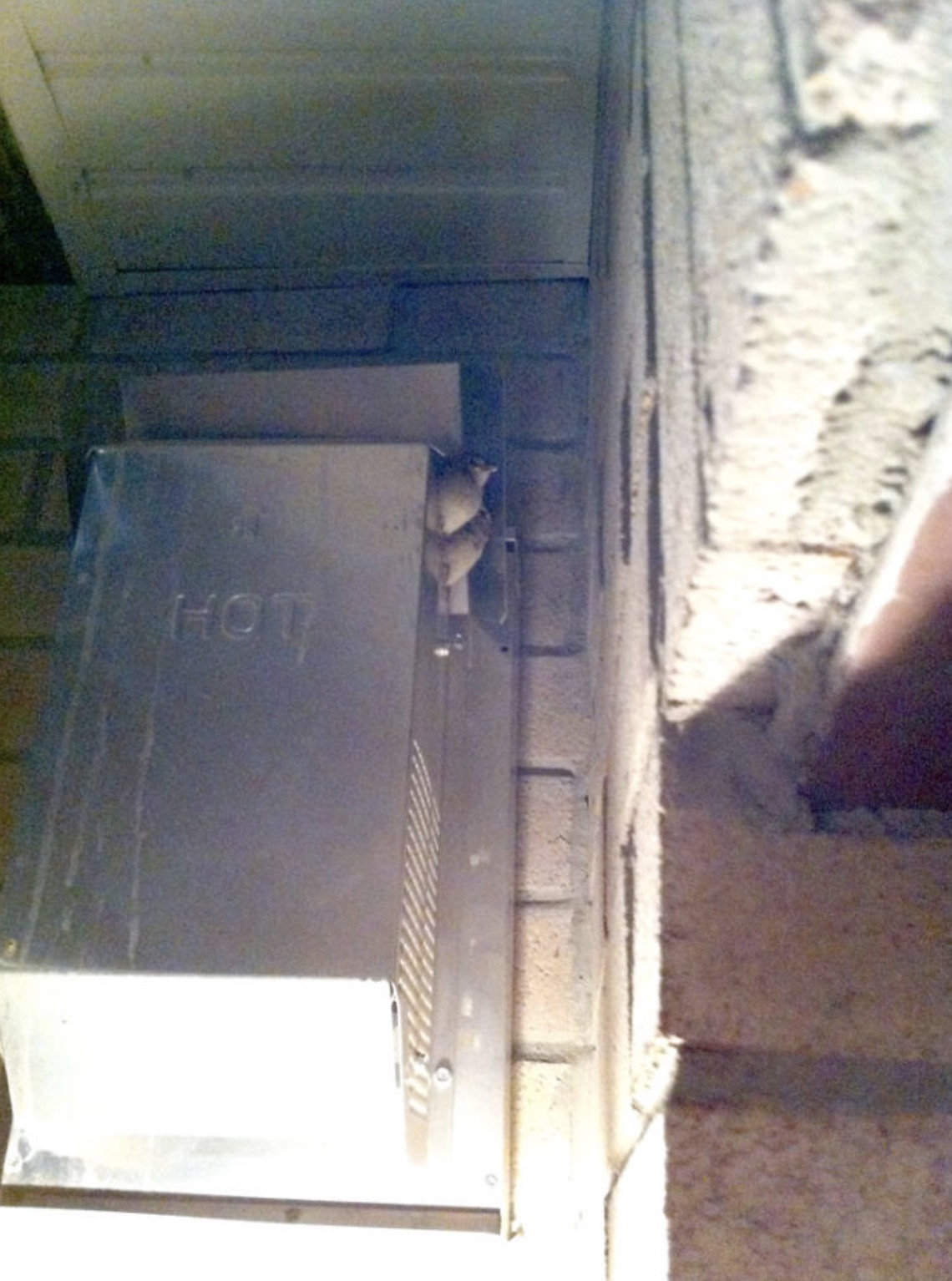 atomicrabbit2 moved into his home in August of 2014, and upon discovering the birds, he was initially willing to let them be. But the situation quickly became untenable. “At first I ignored it, he wrote, “but they started shitting and building a nest INSIDE the exhaust.”

The following spring, (March 2015), atomicrabbit2’s decided to cover the entire vent in chicken wire, blocking the birds’ entrance. “I was proud of the tidy, little wrap I did, patted myself on the back and figured that was it.” 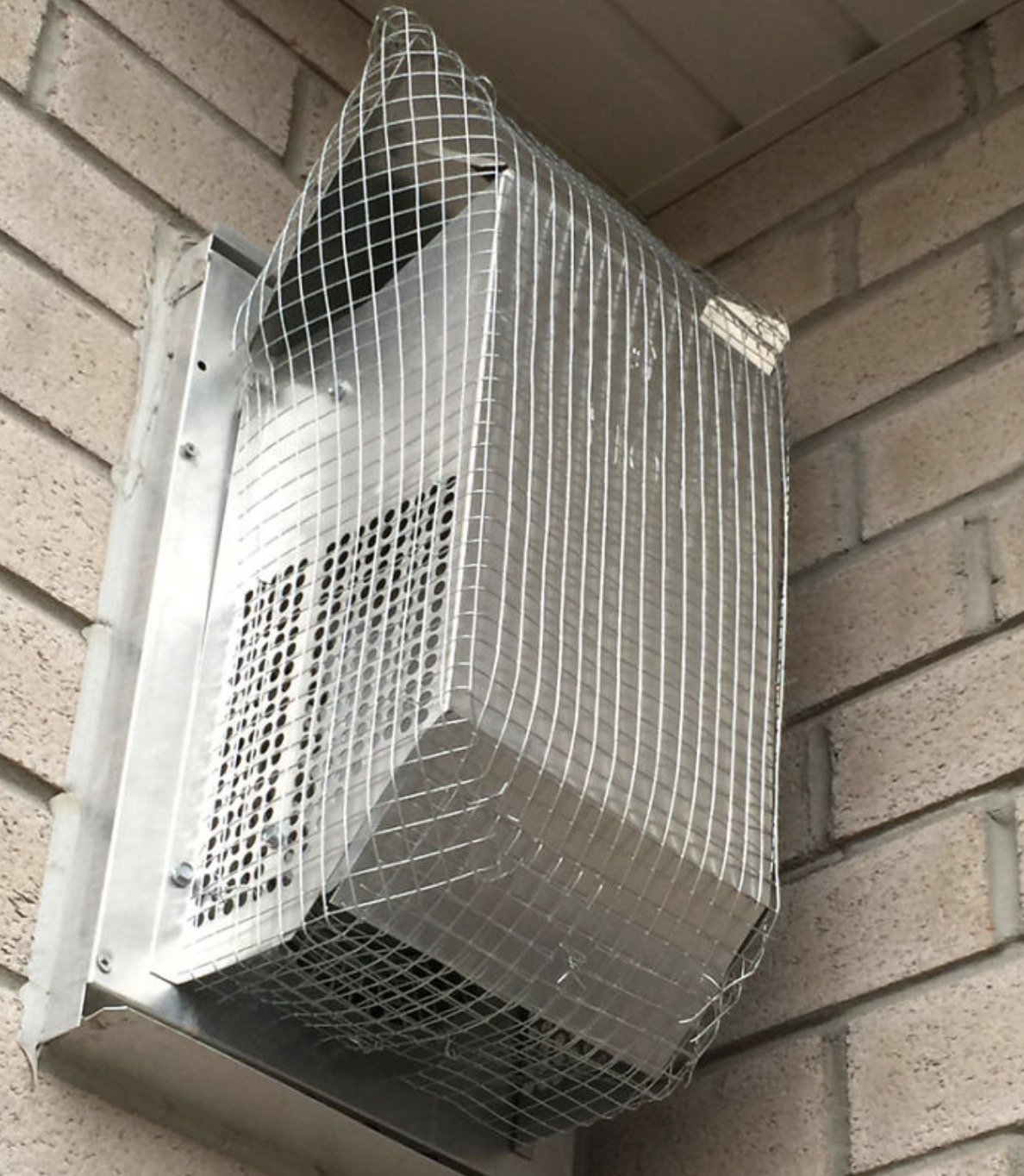 But the battle was just beginning.

A couple months later, when atomicrabbit2 went to check the vent, he found that the birds had simply relocated their nest to the top of the vent. 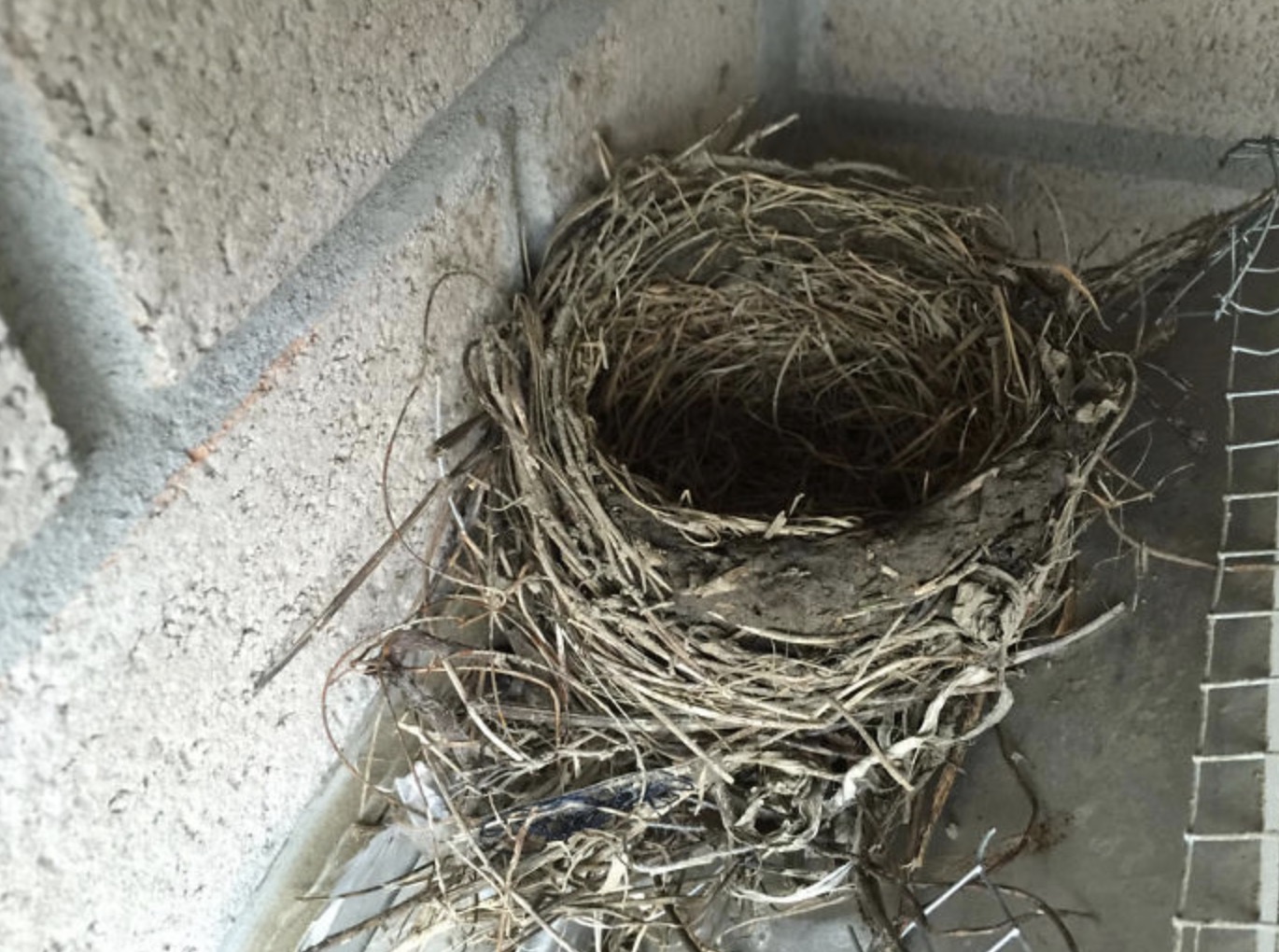 After checking the nest for eggs and not finding any, atomicrabbit2 cleared it away. But the very next day, a bird returned to rebuild. 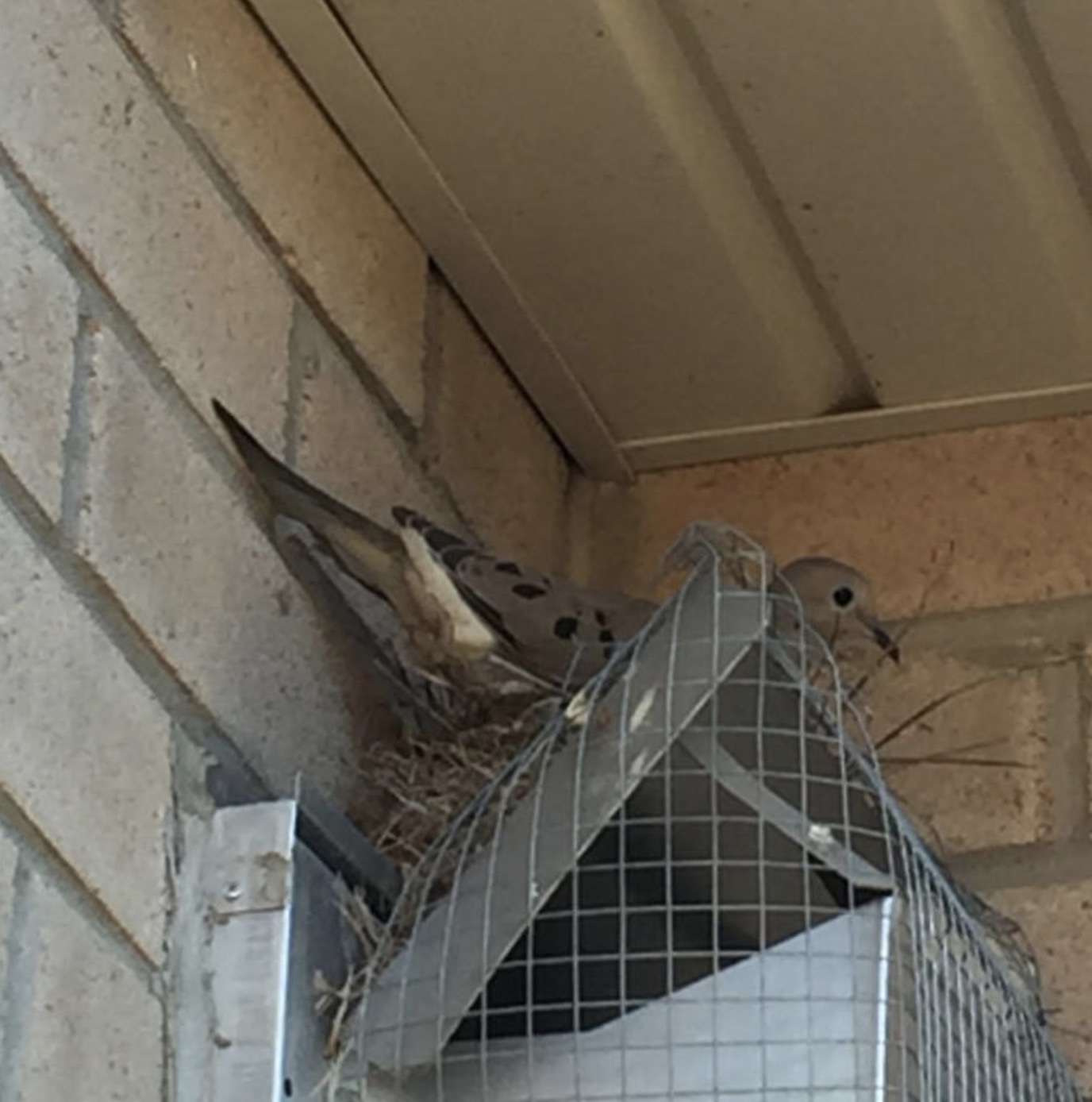 atomicrabbit2 chased that bird away, cleared out the second nest, and that seemed to be it. The birds never returned for the rest of 2015.

But the armistice was temporary. In May of 2016, the bird were back. After all, a warm vent is prime bird real-estate. 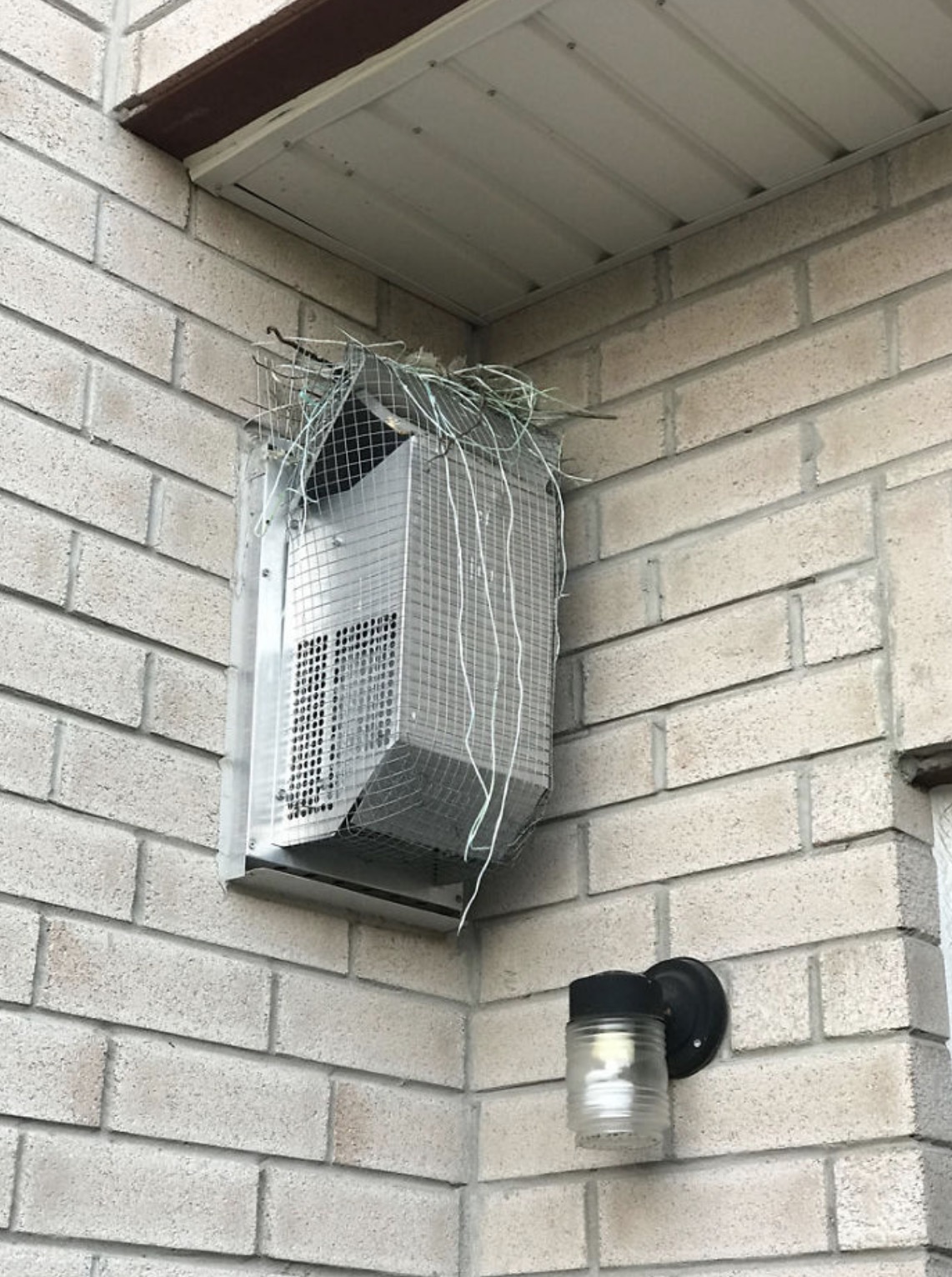 “Ok this is getting annoying,” he wrote.  “So I added bird spikes on top which I figured would keep them out for good.”

By June of 2016, atomicrabbit2 had constructed an impenetrable gauntlet of bird spikes. Surely no bird could even fit through them, much less build a nest among them. Right? 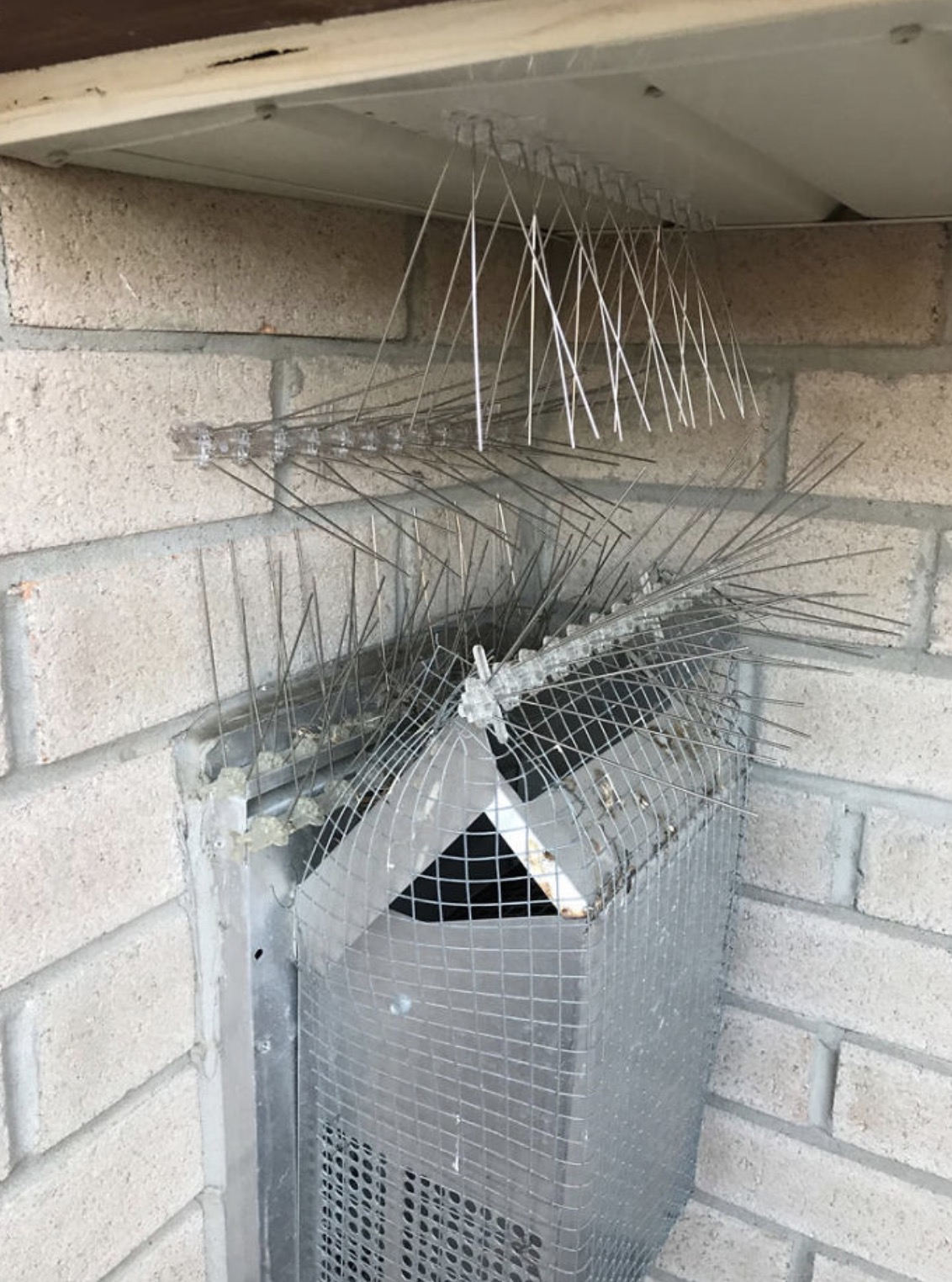 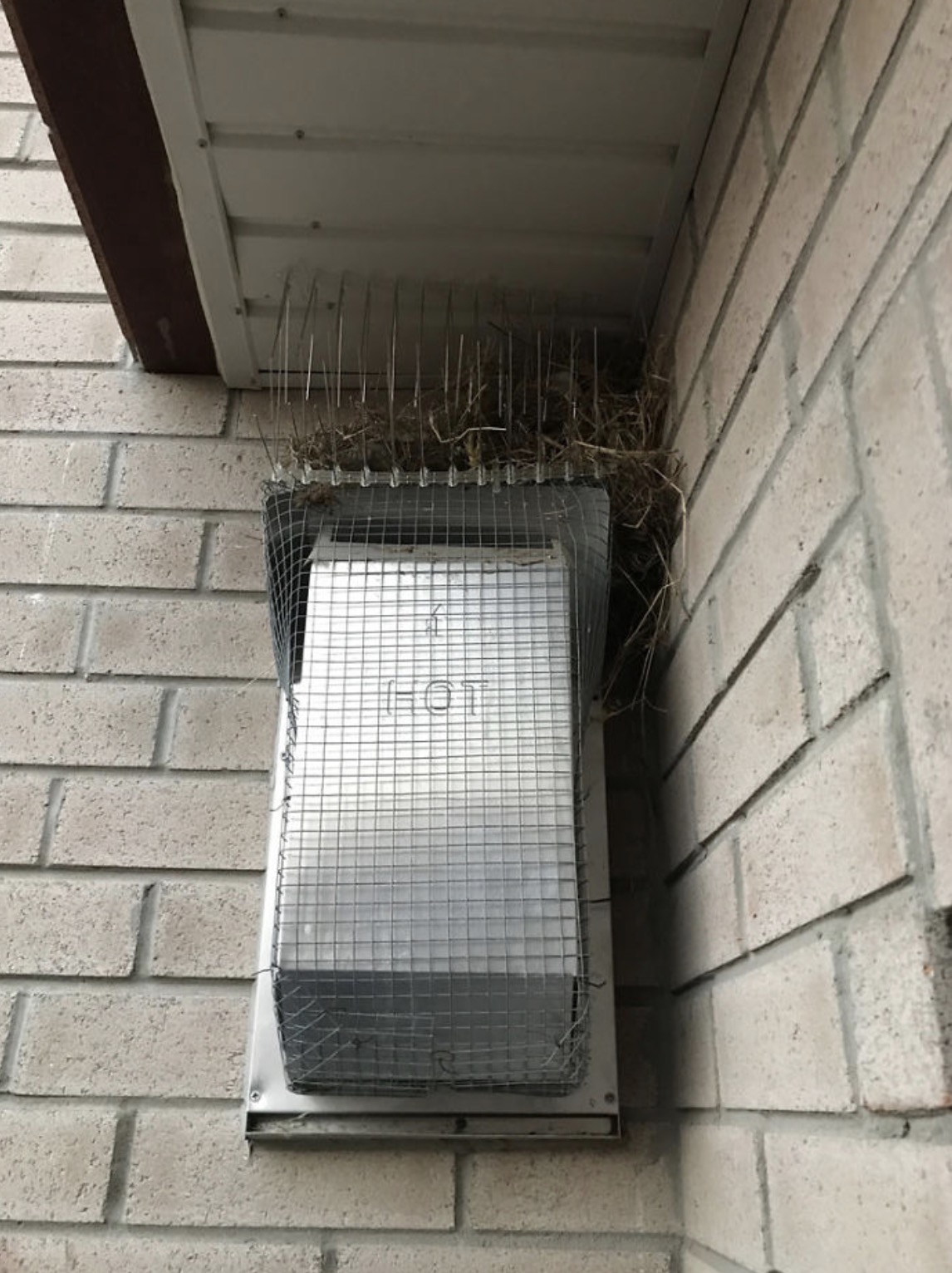 Every time atomicrabbit2 cleared away the nest, the birds would rebuild–which surely was even more infuriating, because the chicken wire and spikes made removing the nest about 10,00 times more difficult.

The struggle continued throughout 2016 and into 2017. atomicrabbit2 eventually covered the entire space in chicken wire. 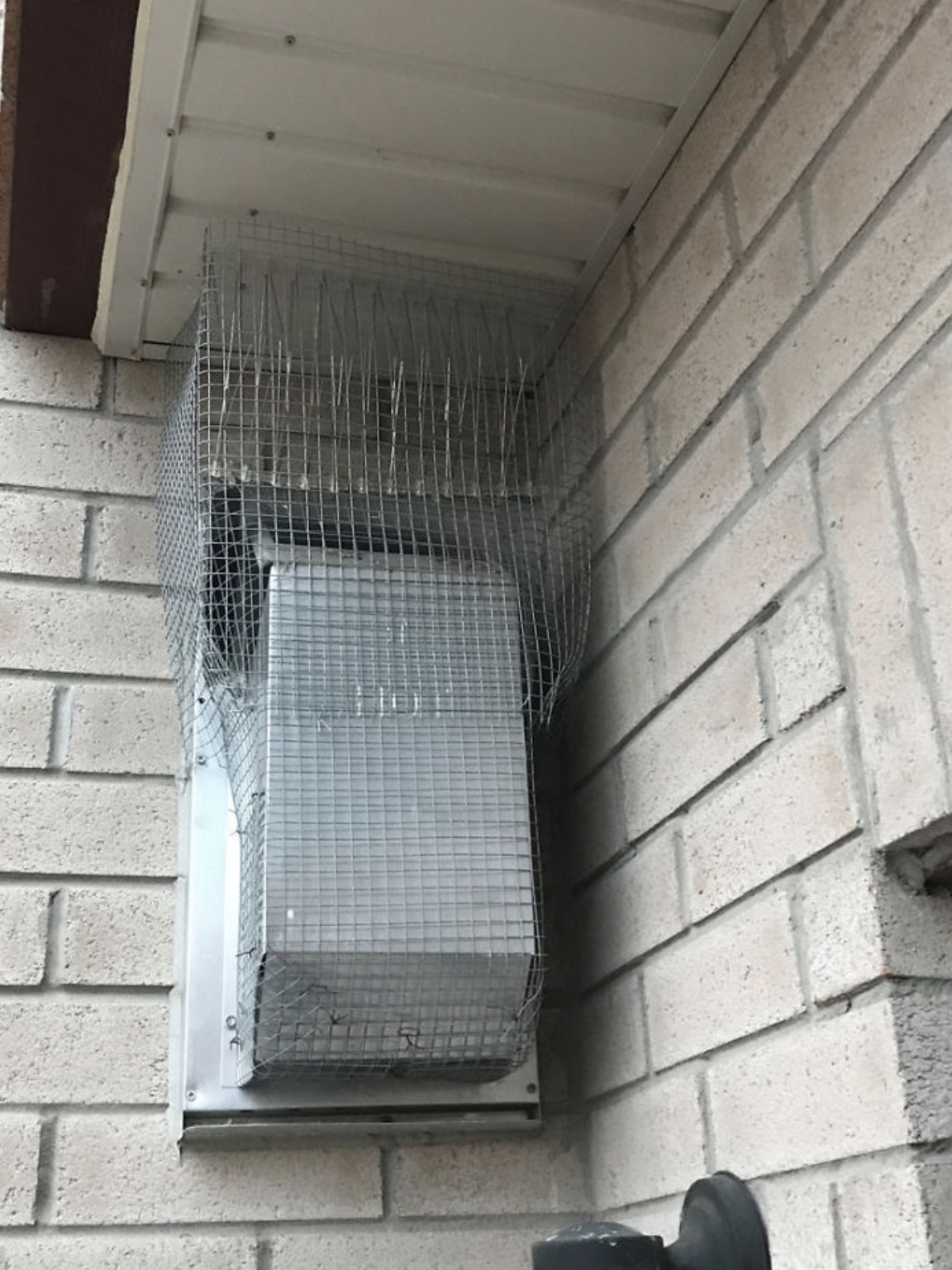 But the birds, which are more badass than the members of Black Sabbath and Mötley Crüe combined, just found a way around that, too. 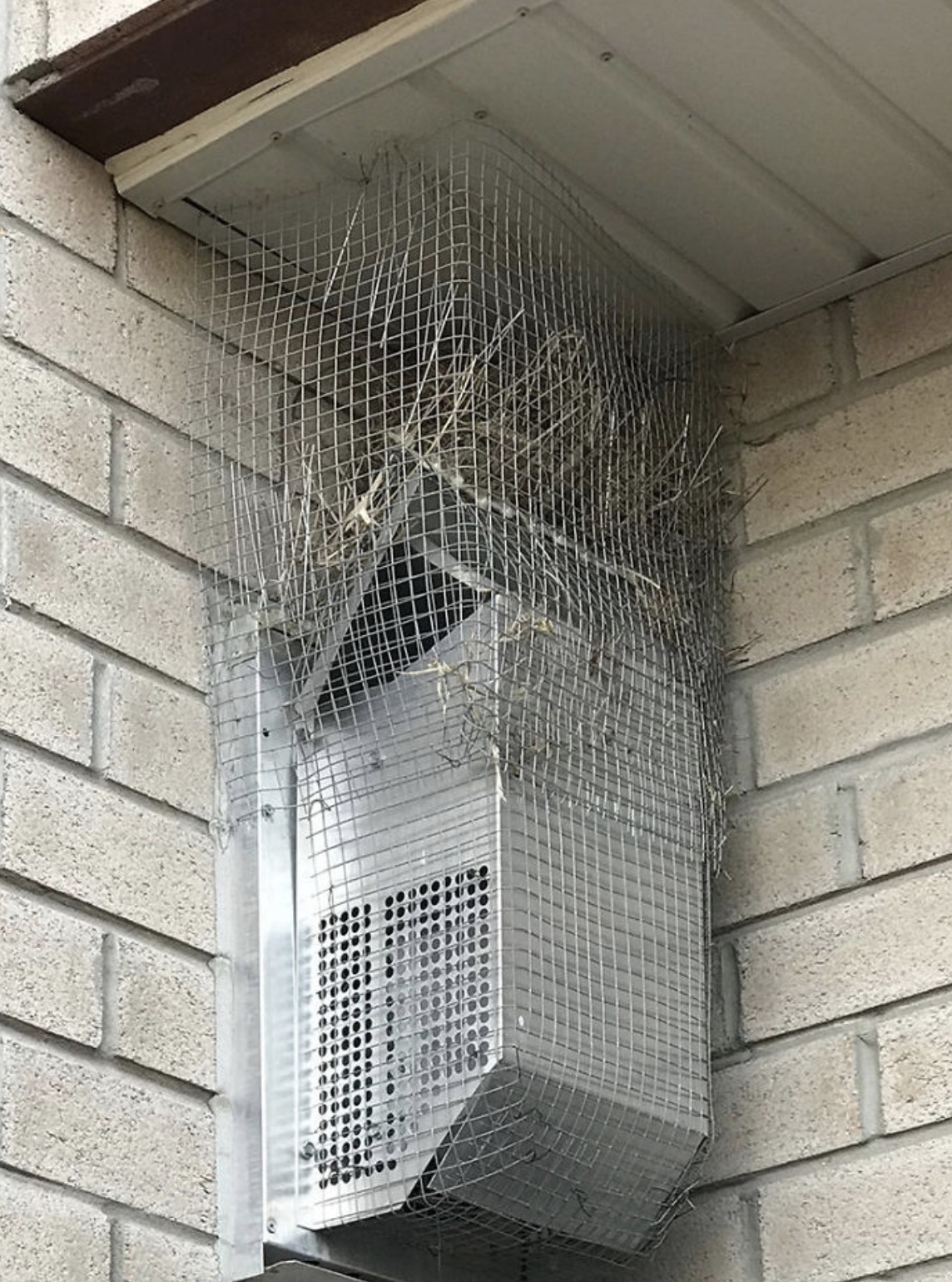 “How???” atomicrabbit2 wrote. How, indeed. Are these birds secret ninjas? Can they some how pass through physical objects unimpeded? No, and no. The answer, it turned out, was that the birds squeezed through a small gap in the wire.

Or as atomicrabbit2 put it, “Those birds were flying up into their now high-end GATED F*CKING COMMUNITY!”

It was now May of 2018. At this point, a normal person might have given up and relinquished the vent to the birds. Or maybe they would have moved, to a country that has no birds.

But atomicrabbit2 is far from normal. He had one last idea. 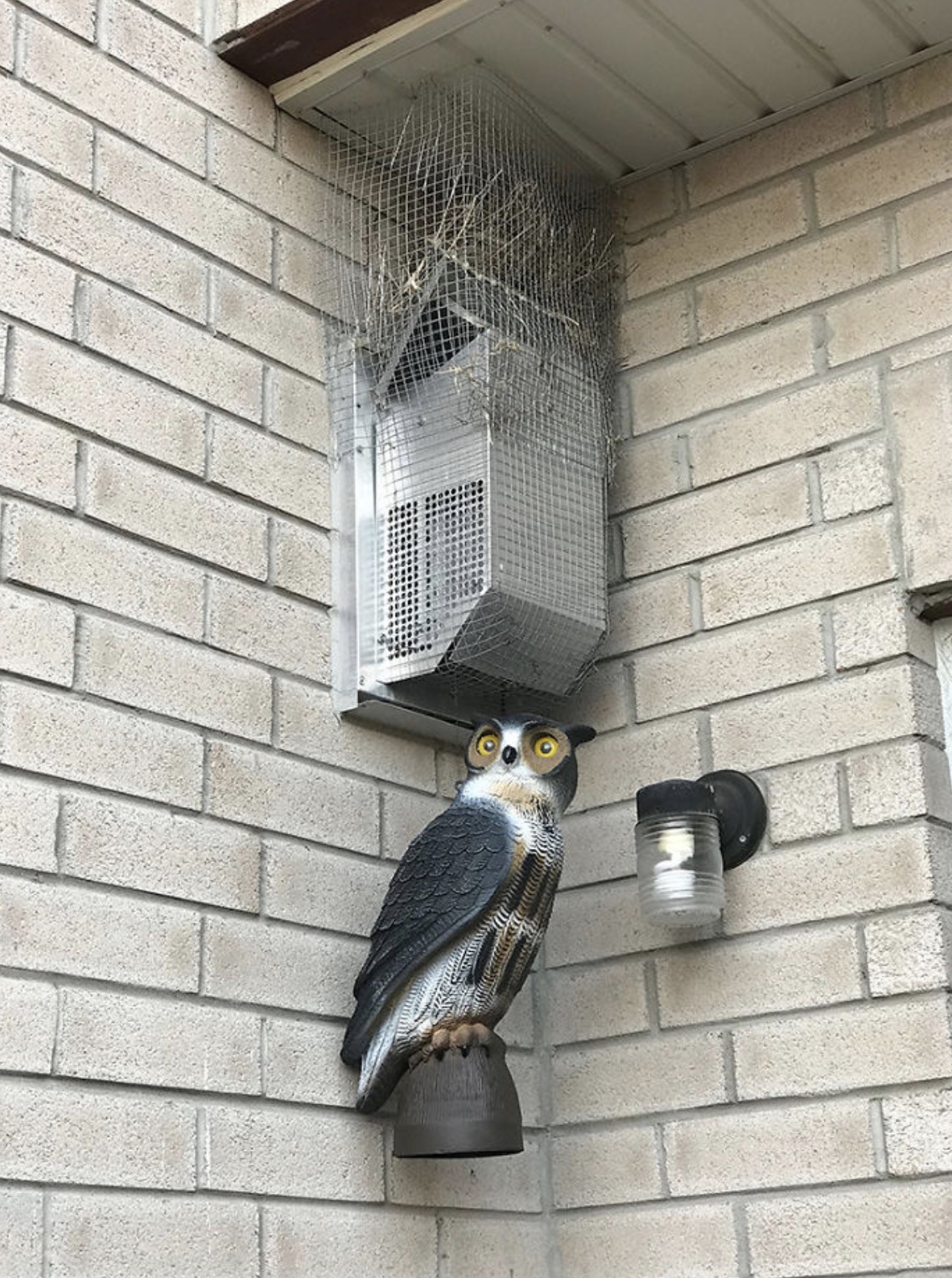 The owl decoy did its job and scared away the birds. For good measure, atomicrabbit2 closed the gap in the chicken wire. He hasn’t seen them since. 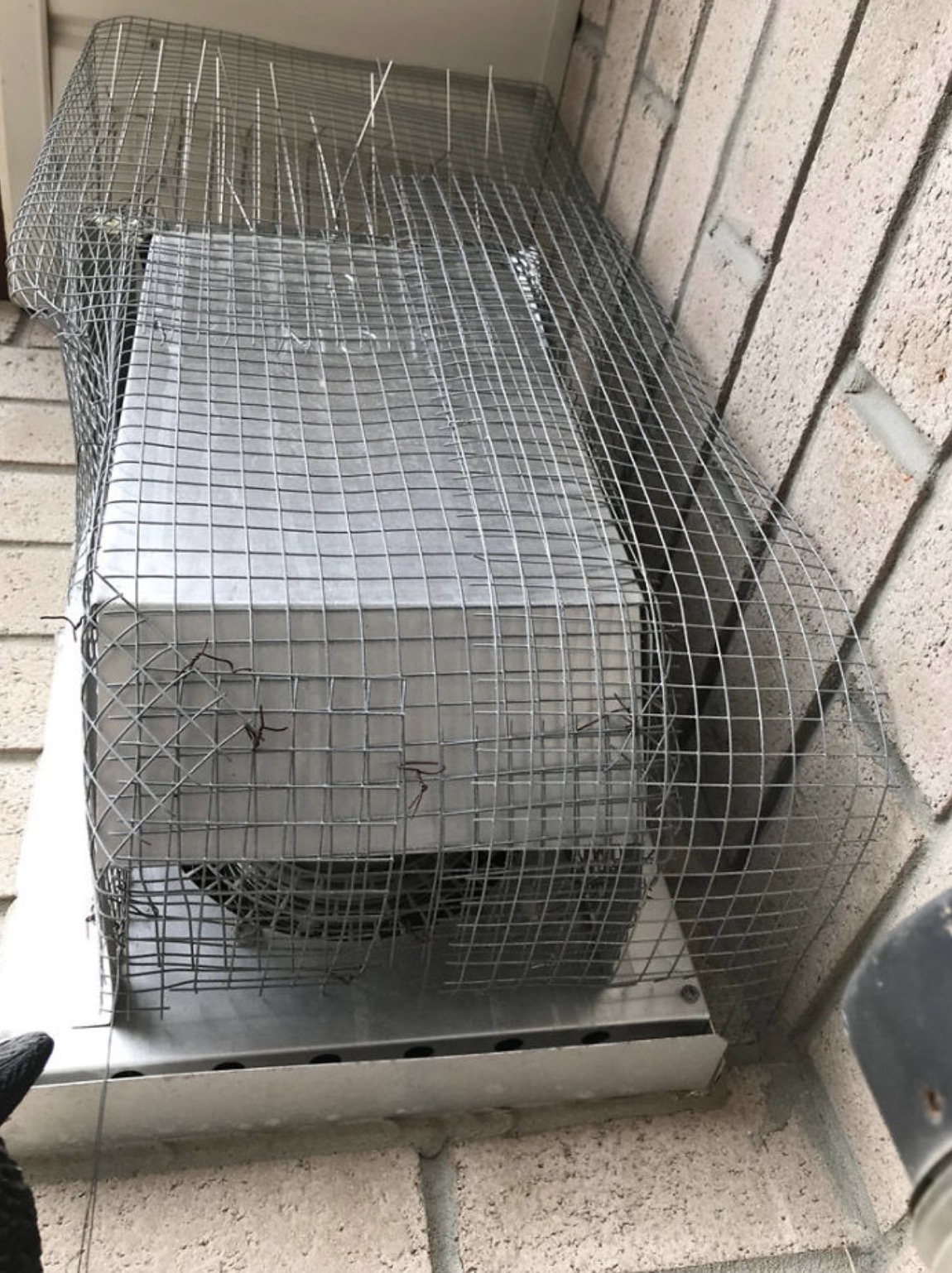 But as we’ve seen before, peace can be temporary. atomicrabbit2 has had many temporary victories in the past, only to watch the birds return in full force. If they return next year, he says, he might start charging them rent.

Something tells us this isn’t over.

We reached out to several prominent ornithologists to comment on this story. And while none of them responded, we’re sure they all would agree: birds are dicks.