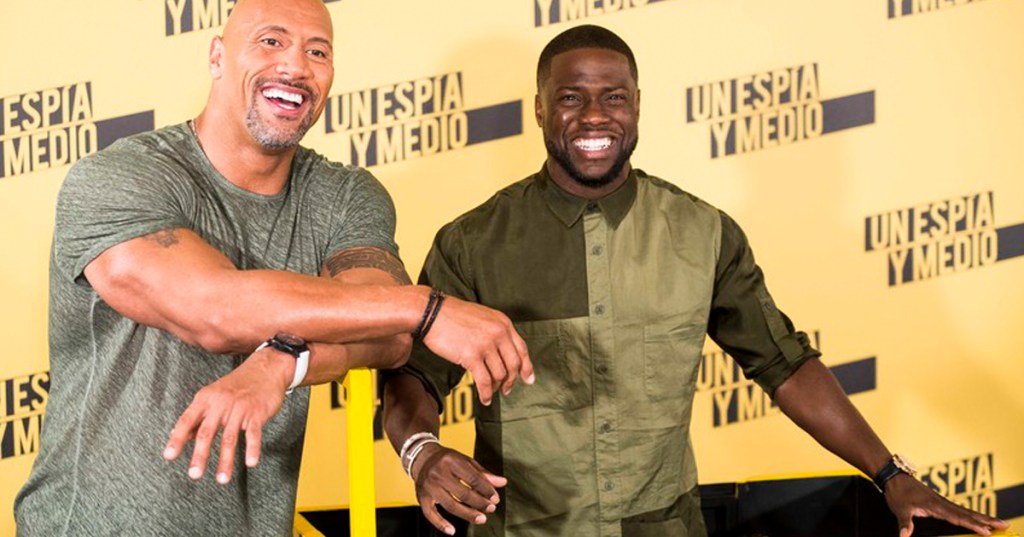 Kevin Hart Trolls The Rock Over Photo With His Newborn Daughter

Here are three quick facts about the world we live in: water boils at 100 degrees Celsius. The moon completes its rotation around Earth in approximately 27 days. And Dwayne “The Rock” Johnson is universally likable. These are facts,  and I just pass them on.

The Rock is likable because he’s multifaceted. Yeah, he has the pro wrestler physique and the starring roles in action movies, but he can also get vulnerable, or silly, or thoughtful, or all of those at once. And, as his recent social media exchange with Kevin Hart shows, even when he’s making fun of someone, you can’t help but like him.

The story actually begins last week, when The Rock and his girlfriend, Lauren Hashian, celebrated the birth of their daughter, Tiana Gia. The Rock posted a photo of himself and Tiana bonding. Maybe you remember the photo: it’s the one that made all of Earth’s 7 billion people simultaneously go, “Awwwwww!” 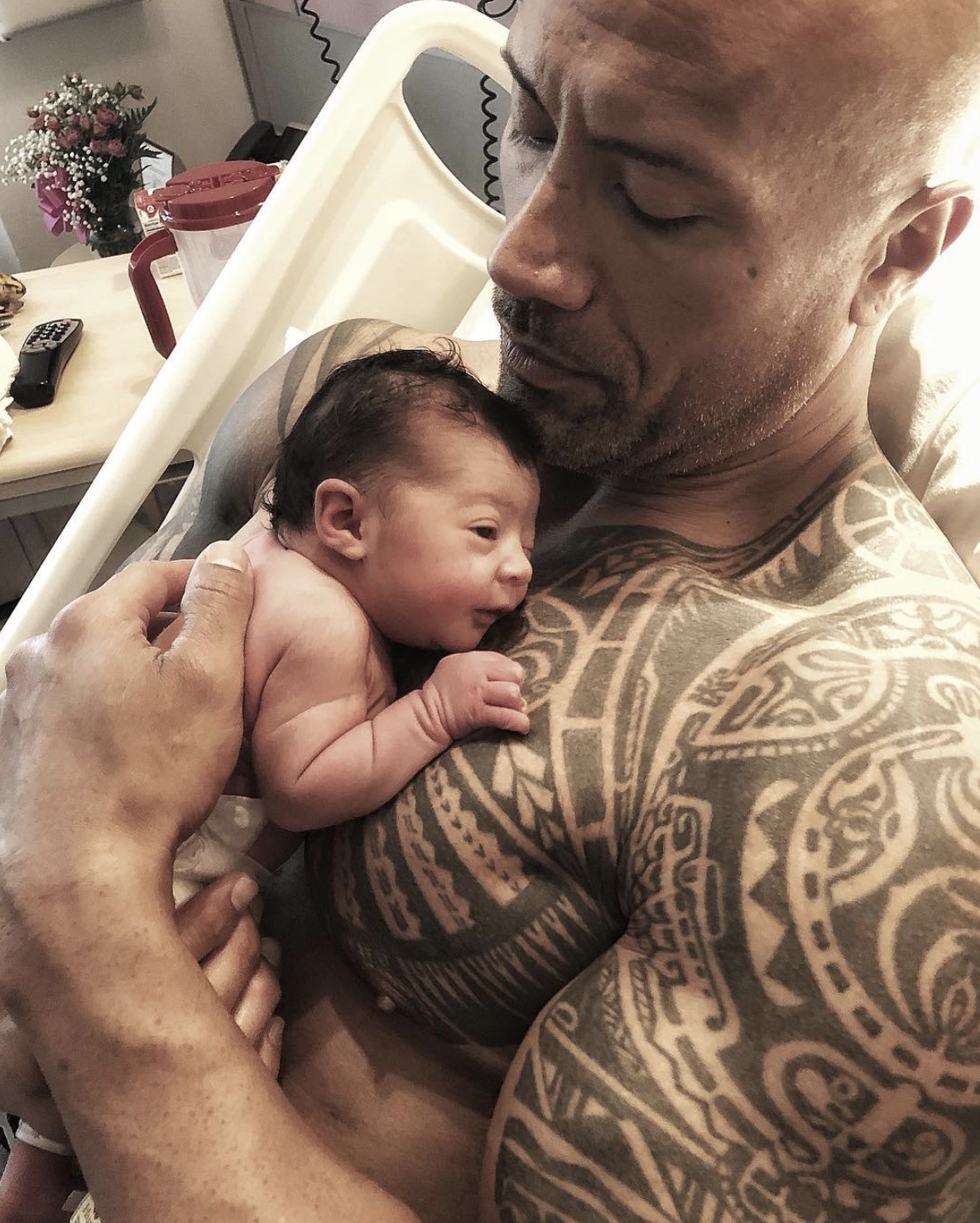 The photo’s really sweet, but it also had an important message. The Rock stressed to his male fans the importance of being an involved and supportive father and husband. In the photo’s caption, he wrote:

“Word to the wise gentlemen, it’s critical to be by your lady’s head when she’s delivering, being as supportive as you can — holding hands, holding legs, whatever you can do. But, if you really want to understand the single most powerful and primal moment life will ever offer — watch your child being born. It’s a life changer and the respect and admiration you have for a woman, will forever be boundless.”

Like I said: he’s a likable guy. But all that positivity didn’t preclude The Rock from having a little fun at his friend Kevin Hart’s expense. 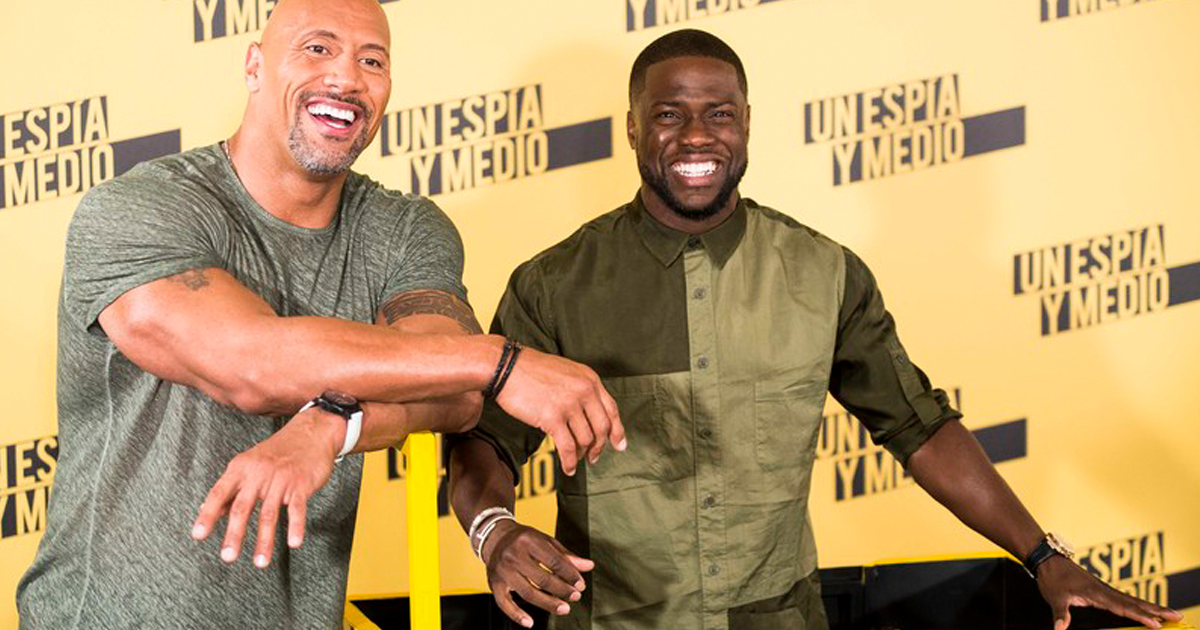 Kevin Hart and The Rock are frequent co-stars, appearing together in movies like Central Intelligence and the Jumanji remake. Much comedy has been mined from their different sizes–The Rock is huge and Kevin Hart is tiny, (and he often pokes fun at himself for it.) Hart’s tininess inspired The Rock to release an updated version of the photo with his daughter. 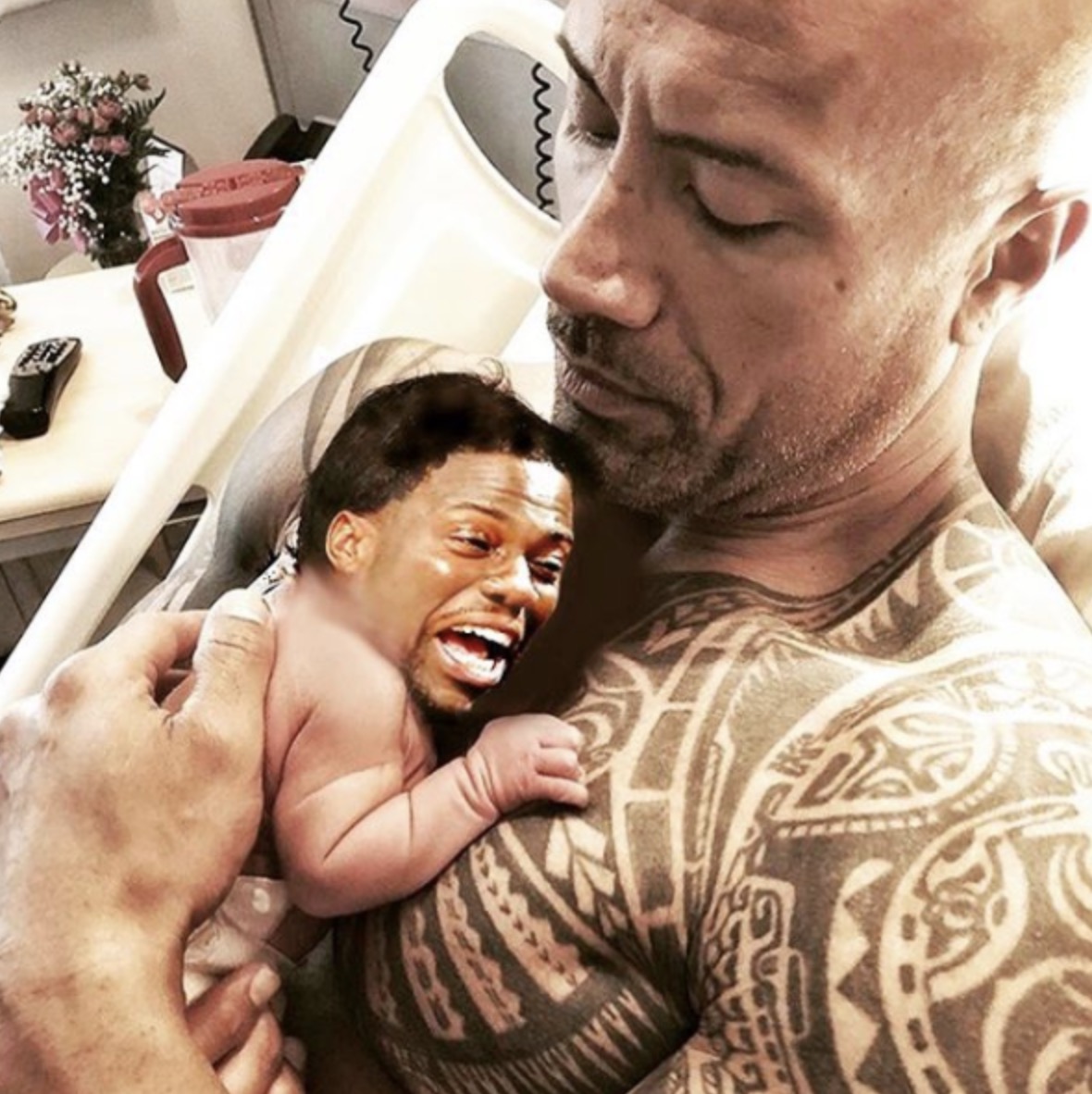 In addition to the photo, The Rock wrote a poem addressed to Hart. Get your tissues ready!

“To my beloved son, @kevinhart4real Twinkle Twinkle little Hart I just don’t know where to start Daddy will always love and protect your tiny little soul Even though you were delivered directly out of the butthole. #Shhhh #JustShutYourLittleMouth #AndGoNightNight #OnDaddysPecMeat.”

In response, Kevin Hart released a photo of his own: 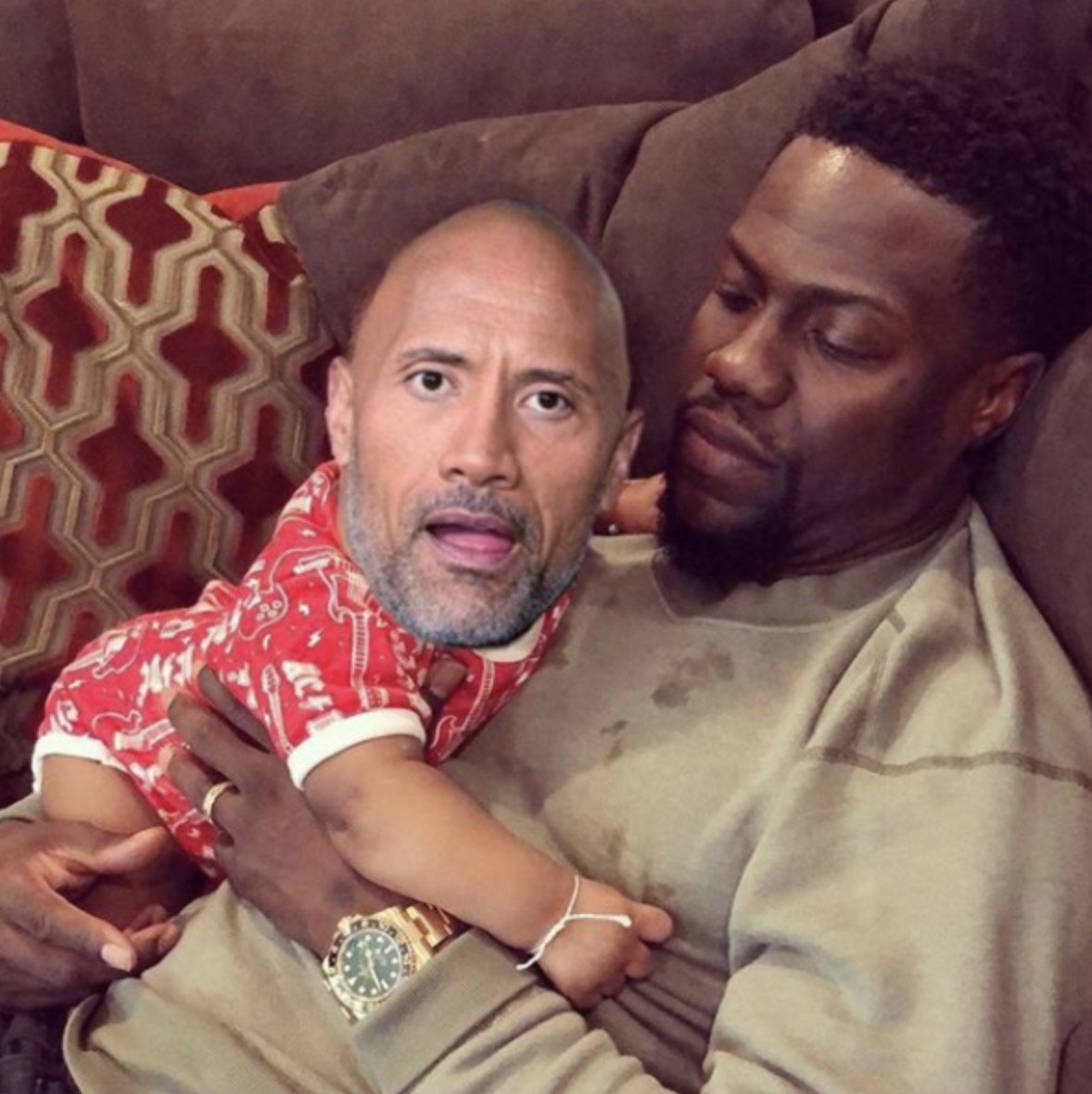 Which…yeah, it’s not the most original comeback, but Hart did have this to say in the caption:

“Long talk with this little big jackass last night about the business and how hard we work and setting new goals for ourselves and also making 2018 possibly our biggest year yet.

He got so excited because we started talking about Jumanji 2 and doing another movie together that I had to pop him in the mouth and tell him to shut the fuck up!

The bottom line is that kids will be kids…I’m taking him to Disneyland today to apologize.

Also my post is funnier because you can tell that I just smacked the shit out of him in this photo. He’s also the first baby born in the world with grey hair.”

The gray hair zinger is decent, but this round goes to The Rock. If it were up to me, Kevin Hart would now have to be carried around by The Rock in an adult-sized Baby Bjorn, for a week.