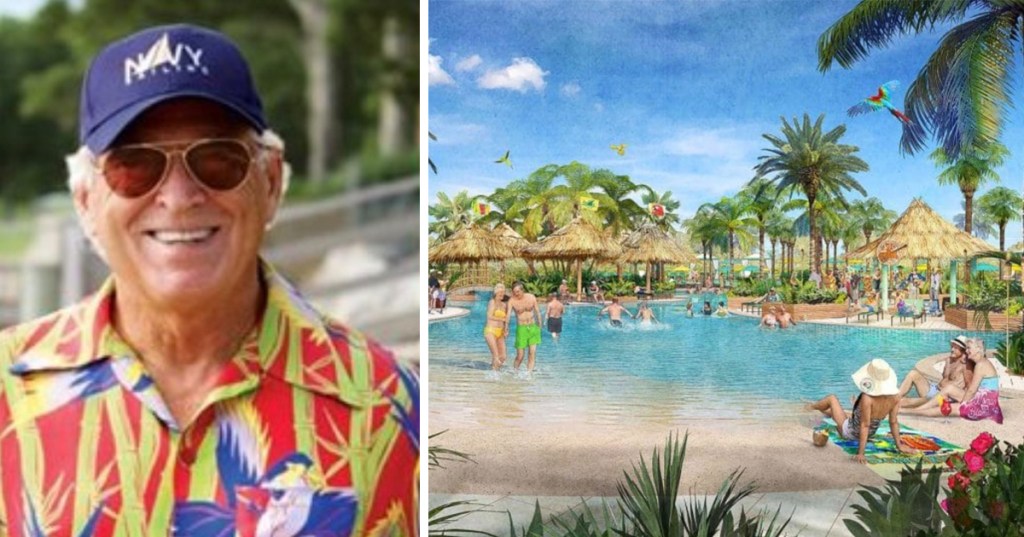 For Jimmy Buffett fans, his songs are more than just music–they’re a lifestyle. Since 1985, Parrotheads–the name for diehard Buffett fanatics–have followed the laid-back, beachgoing, Hawaiian shirt-wearing philosophy that Buffett sings about.

So if you consider yourself a true Parrothead, now you can put your money where your mouth is and actually live the life 24/7. Because right now, Buffett is building three different themed retirement communities called Latitude Margaritaville. 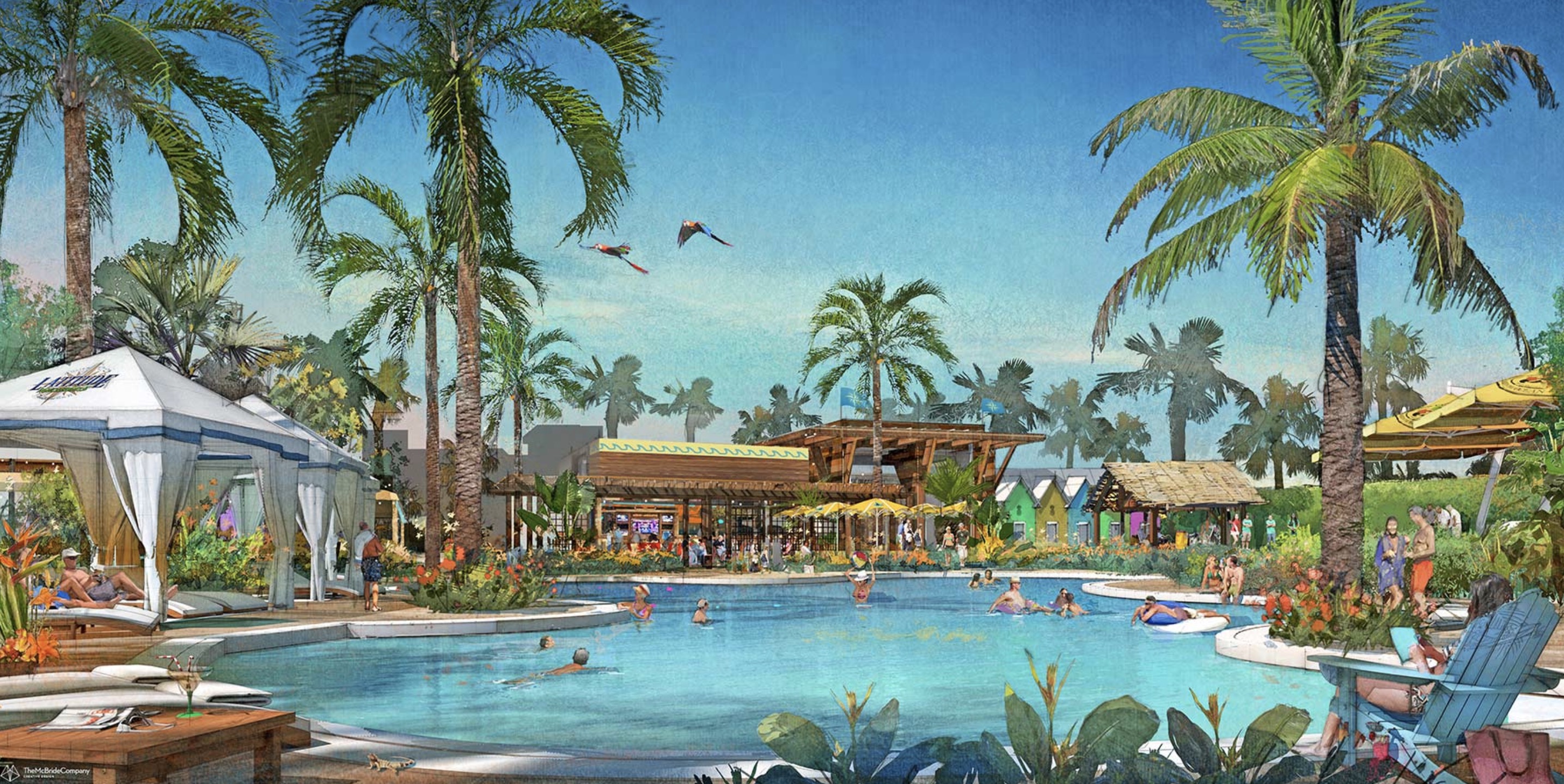 It’s the latest venture in Buffett’s business empire, which rakes in $1.5 billion. Right now there are plans for communities in Daytona Beach, FL, Watersound, FL, and Hilton Head, SC.

Even though the active-adult communites aren’t going to be completed for another ten years, interest is already high. One hundred thousand people (100,000!) have expressed in Latitude Margaritaville. At the Daytona Beach location, over 225 homes out of an eventual 7,000 have already been sold. (Homes are starting in the $200k range.) 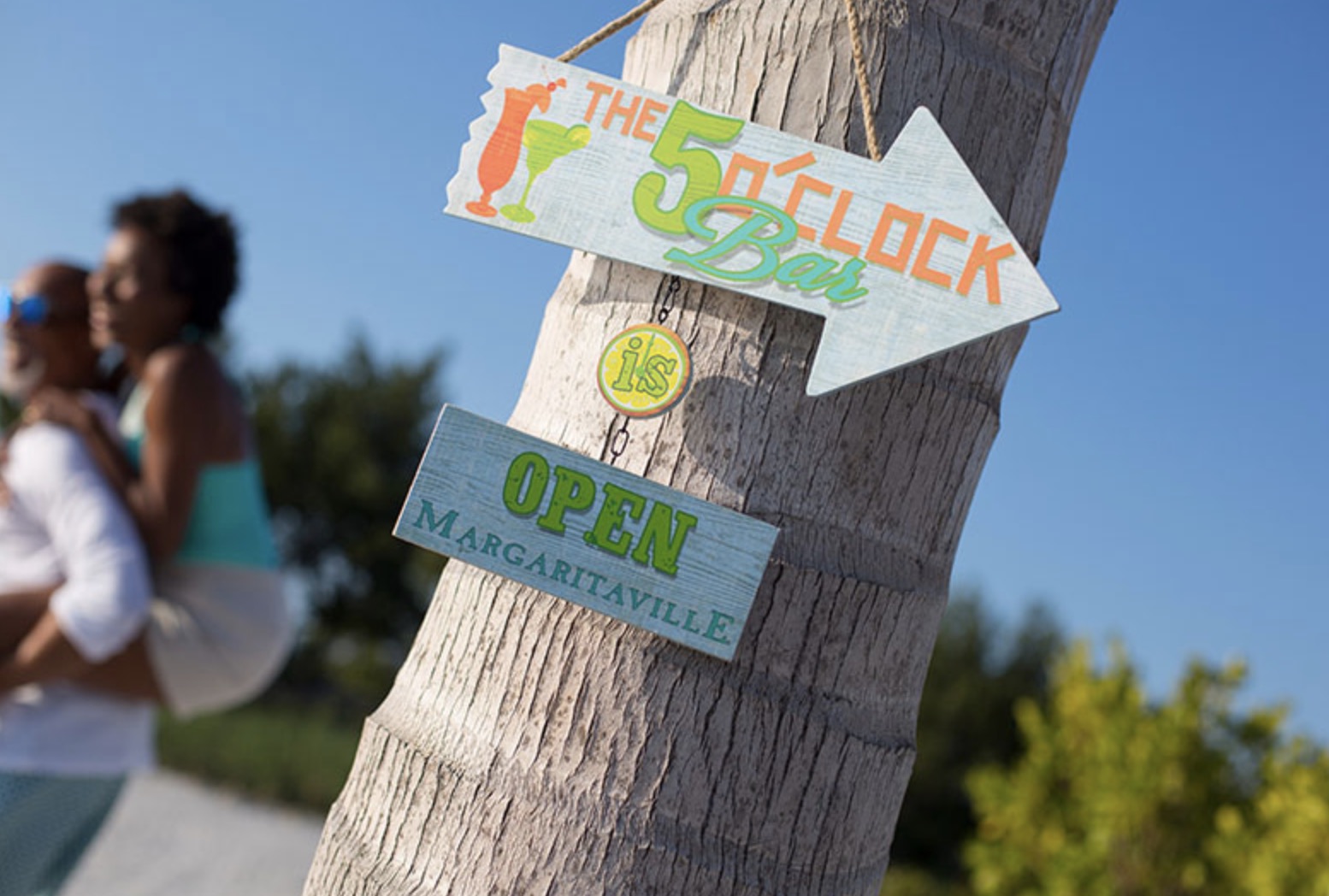 You might be wondering why a musician would be getting into the retirement community business, but for Jimmy Buffett it makes sense. His fans are usually baby boomers who are starting to think about retirement. 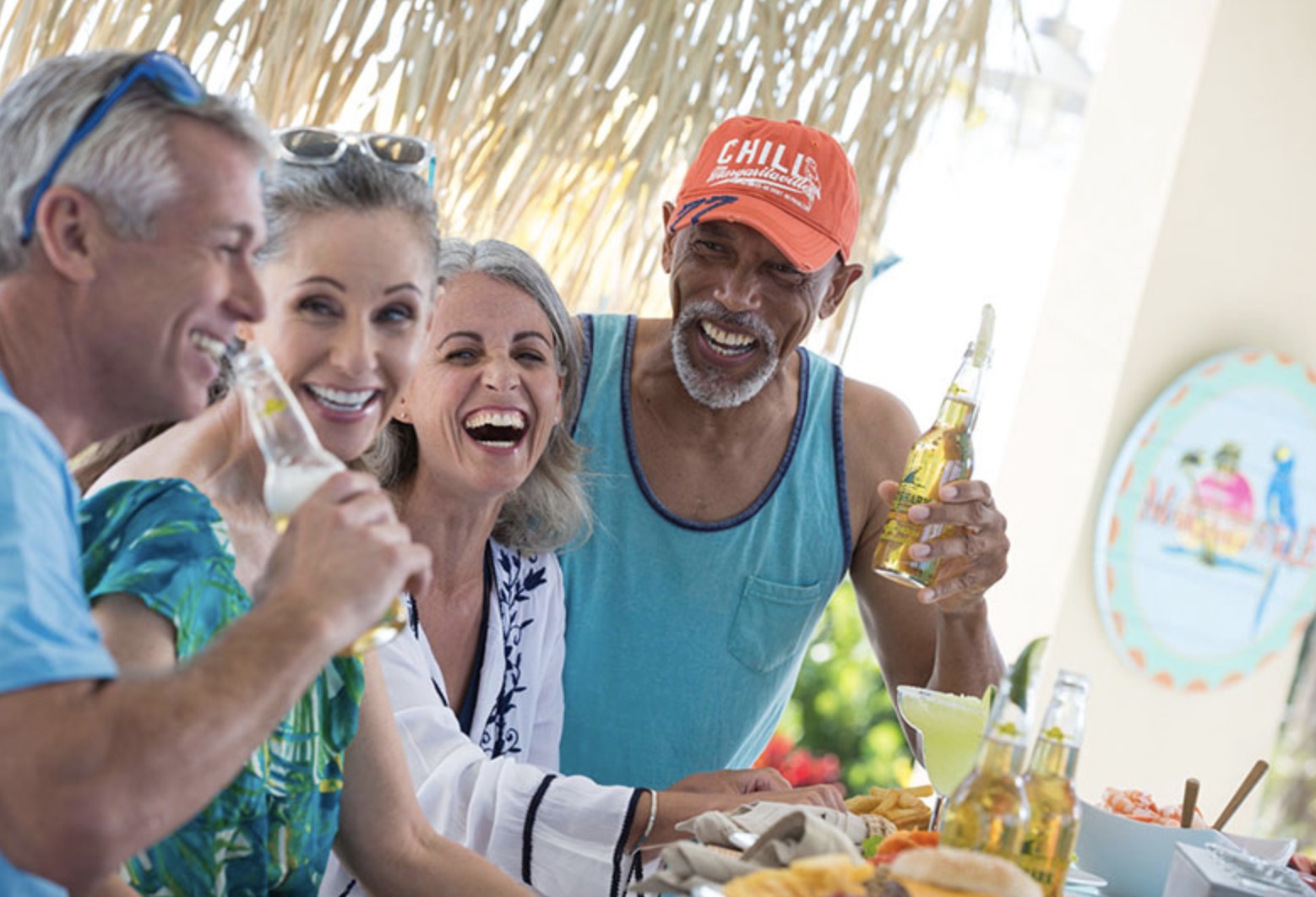 Speaking of state-of-the-art amenities, let’s take a look at what Latitude Margaritaville will look like. With 7,000 homes, these places are going to be huge. Here’s the entire Daytona Beach location: 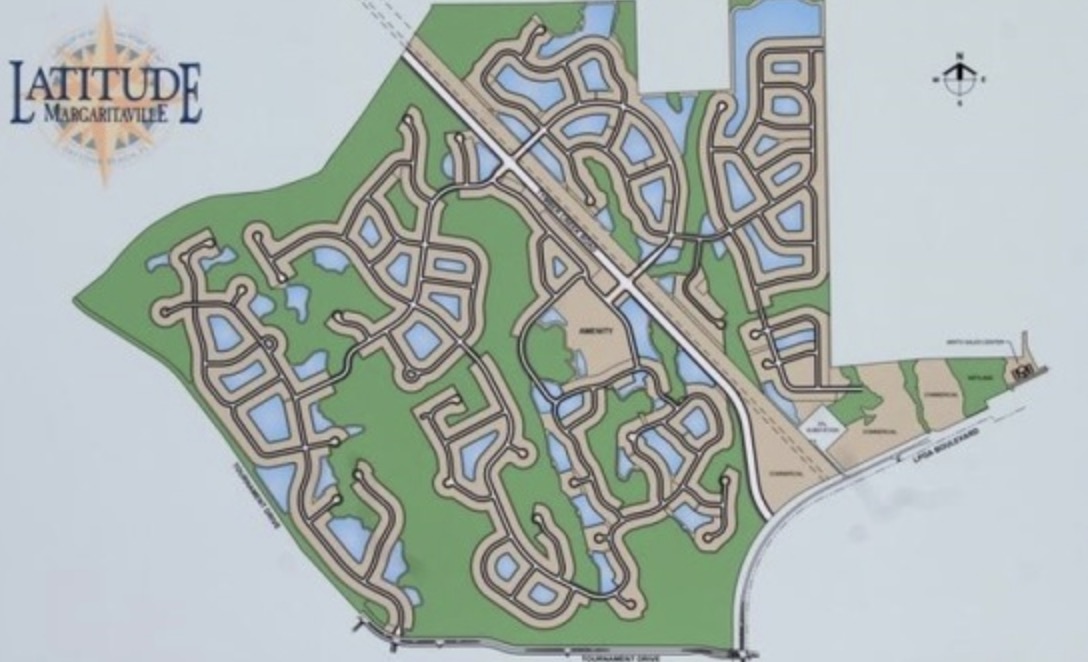 And here’s a closeup of just one of the neighborhoods that’s being built. 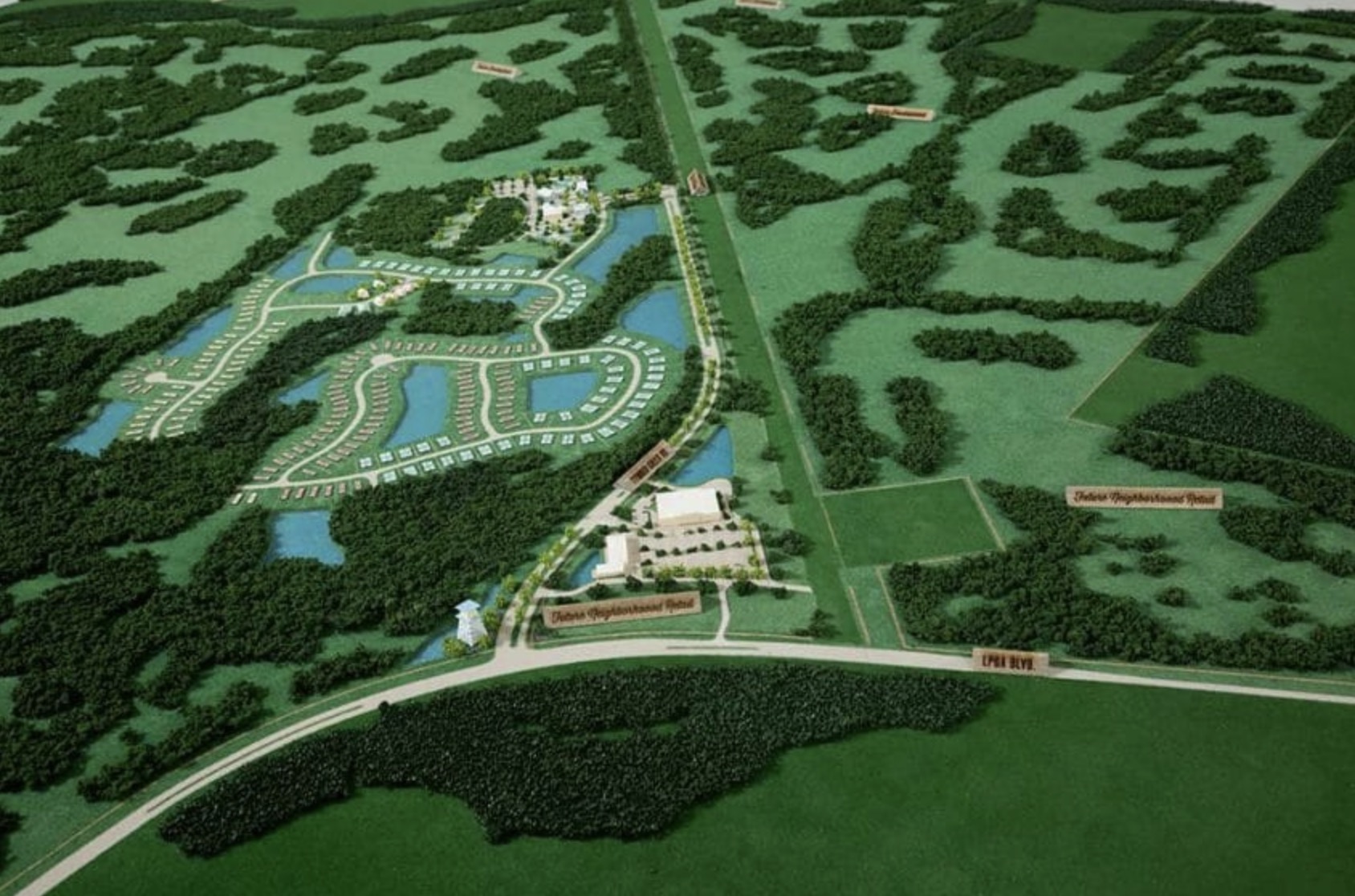 Here’s a look at one of the homes. They’re spacious, airy, and you can decorate them however you want. 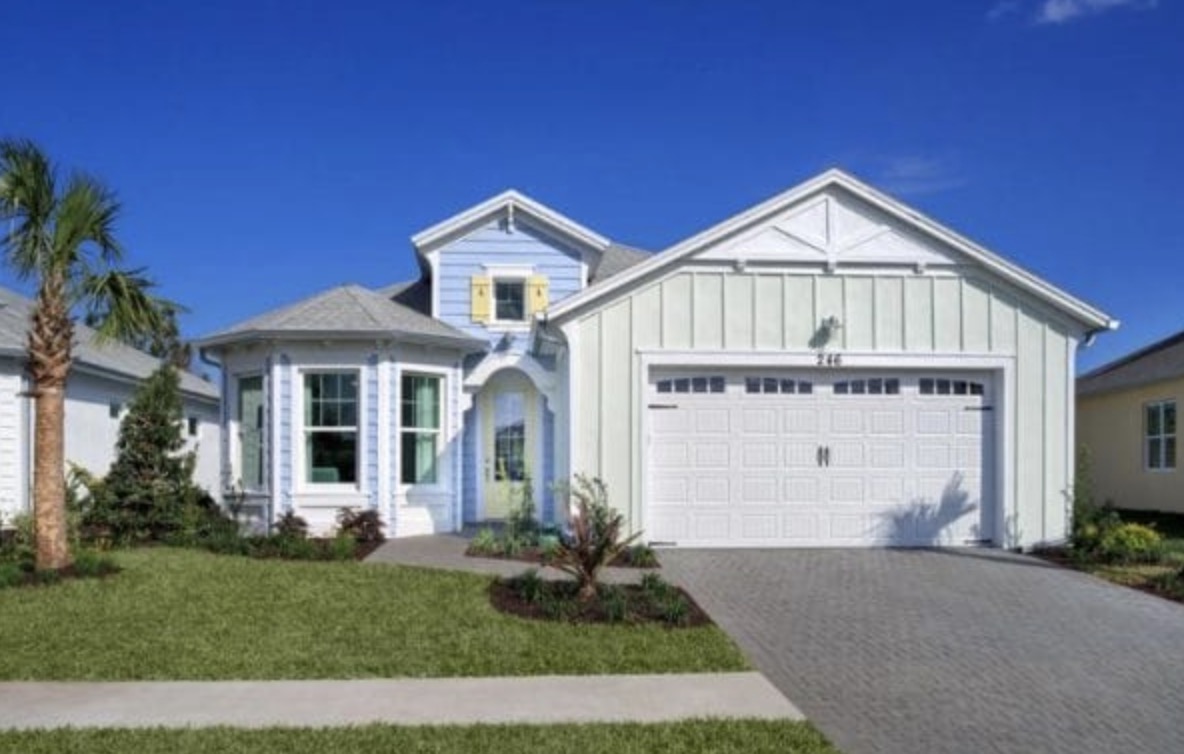 If you’d like to swim, but you don’t like other people, your home can have a solarium with its own swimming pool. 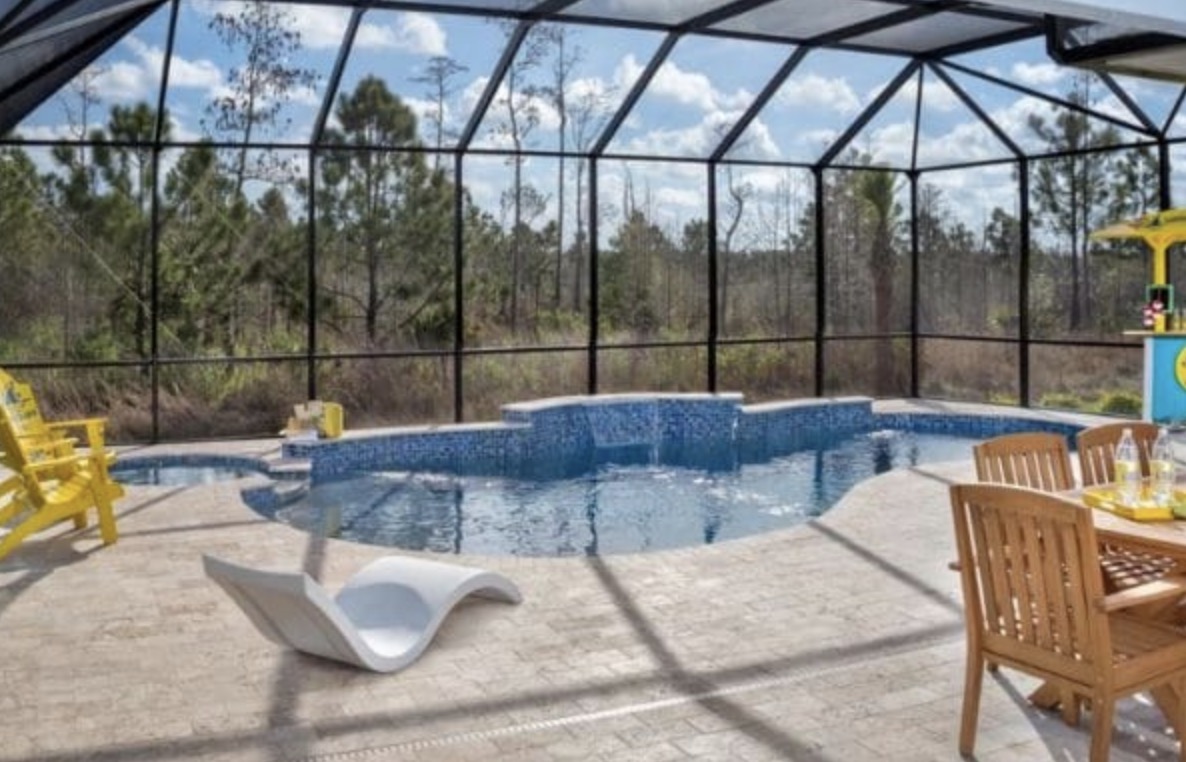 The centerpiece of each community will be the Town Center, with options for dining, recreation, and entertainment. 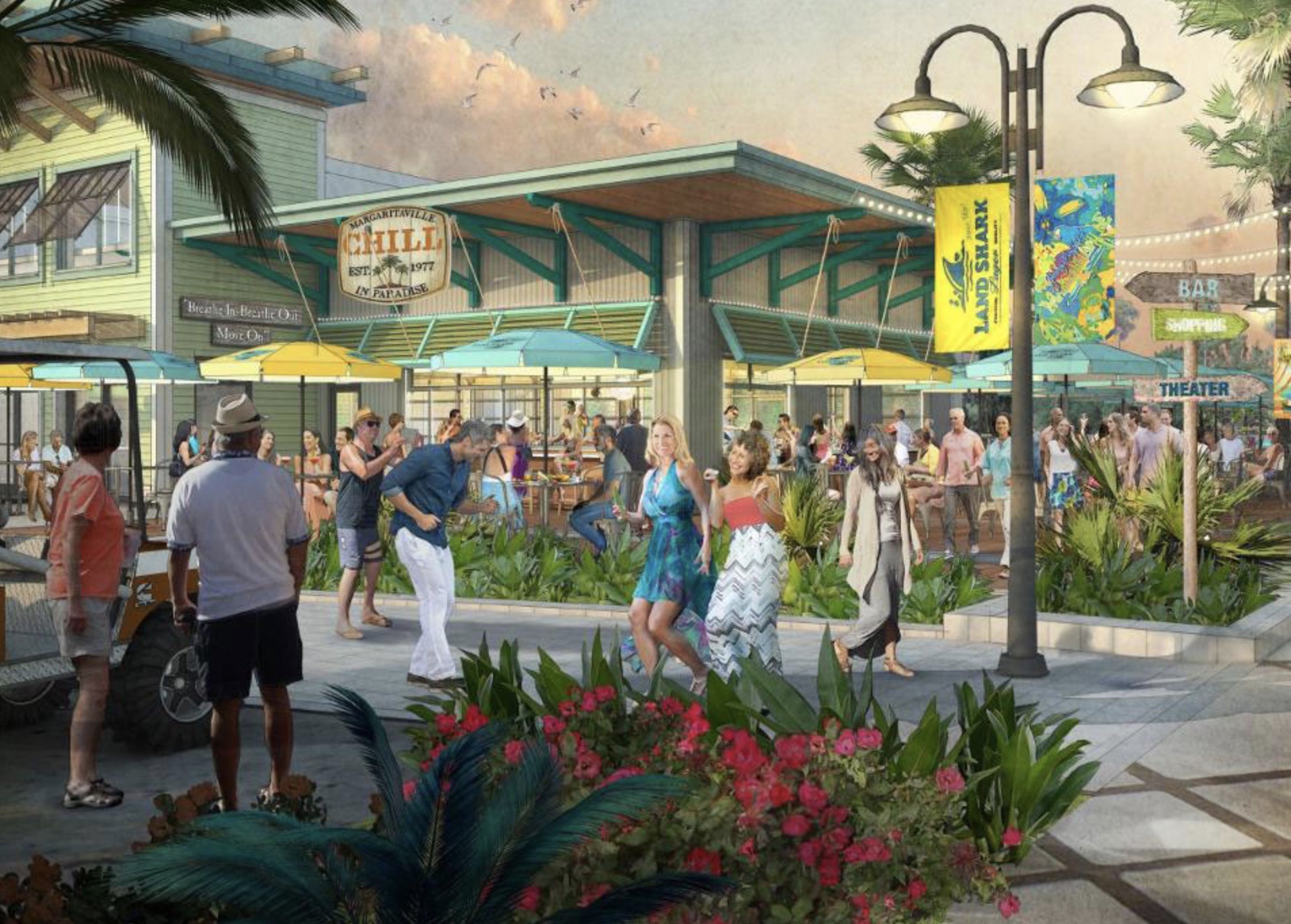 The Town Center includes a swanky pool where you can get loaded with your fellow Parrotheads. 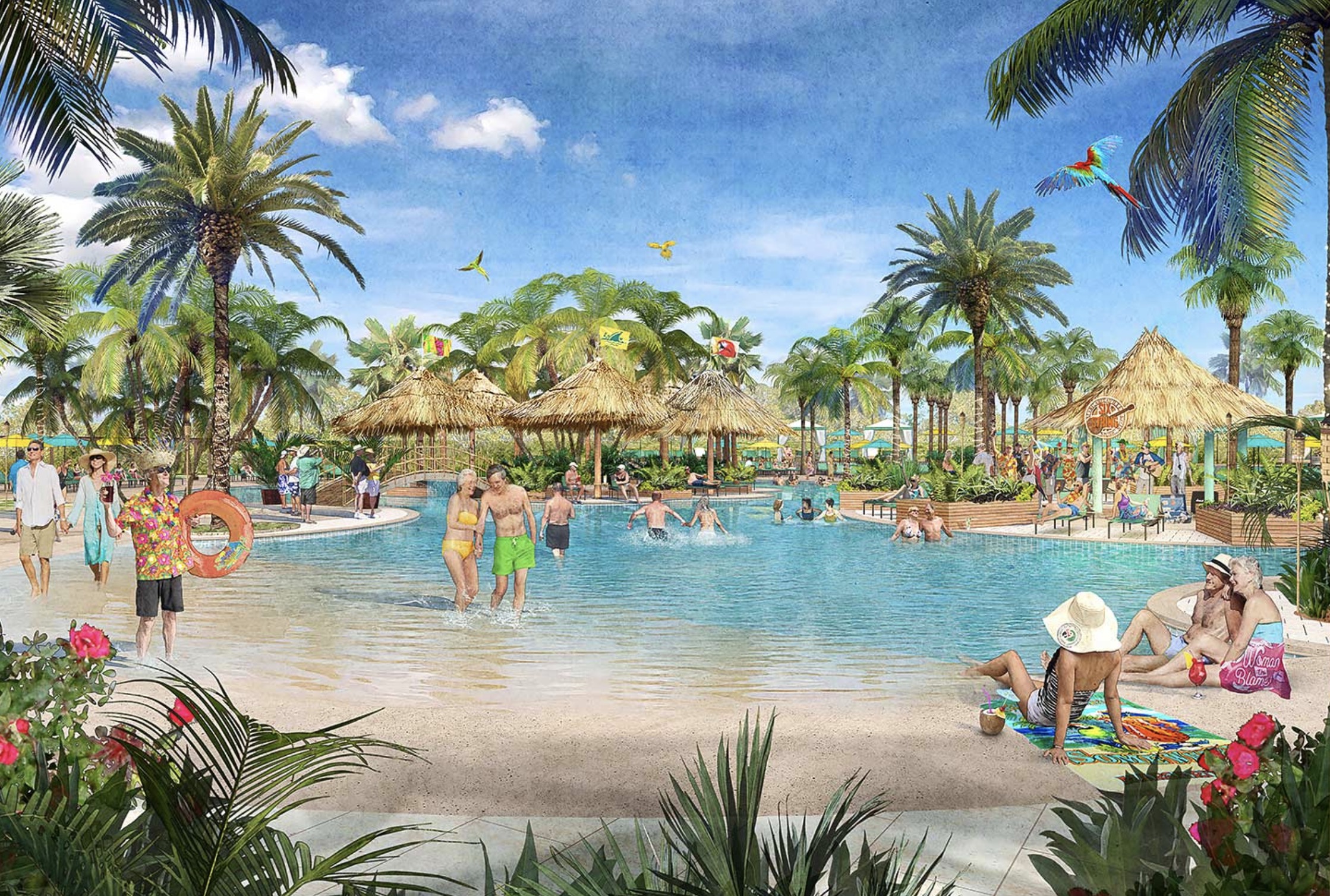 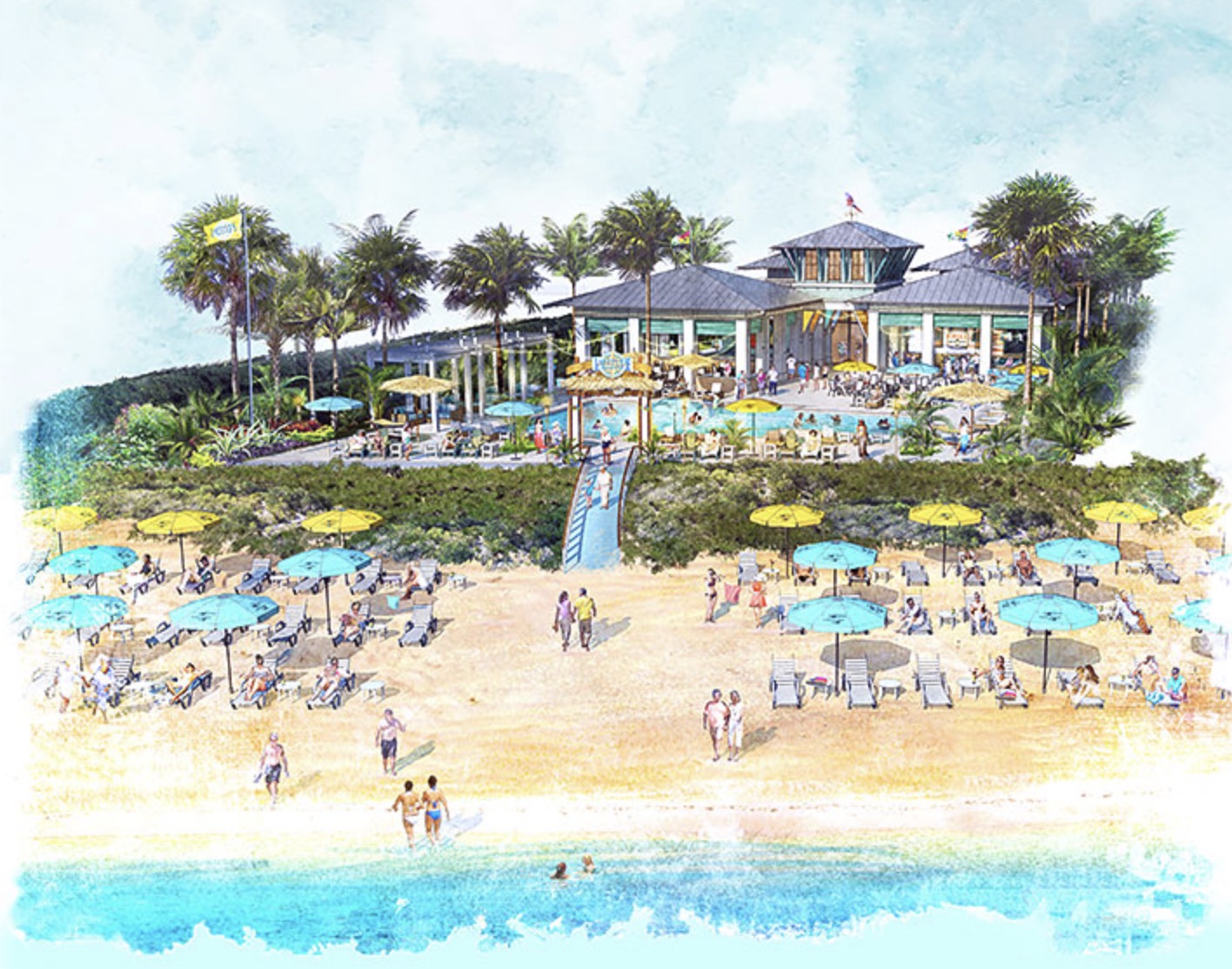 As well as a band shell for live music performances, some of them by Jimmy Buffet himself. 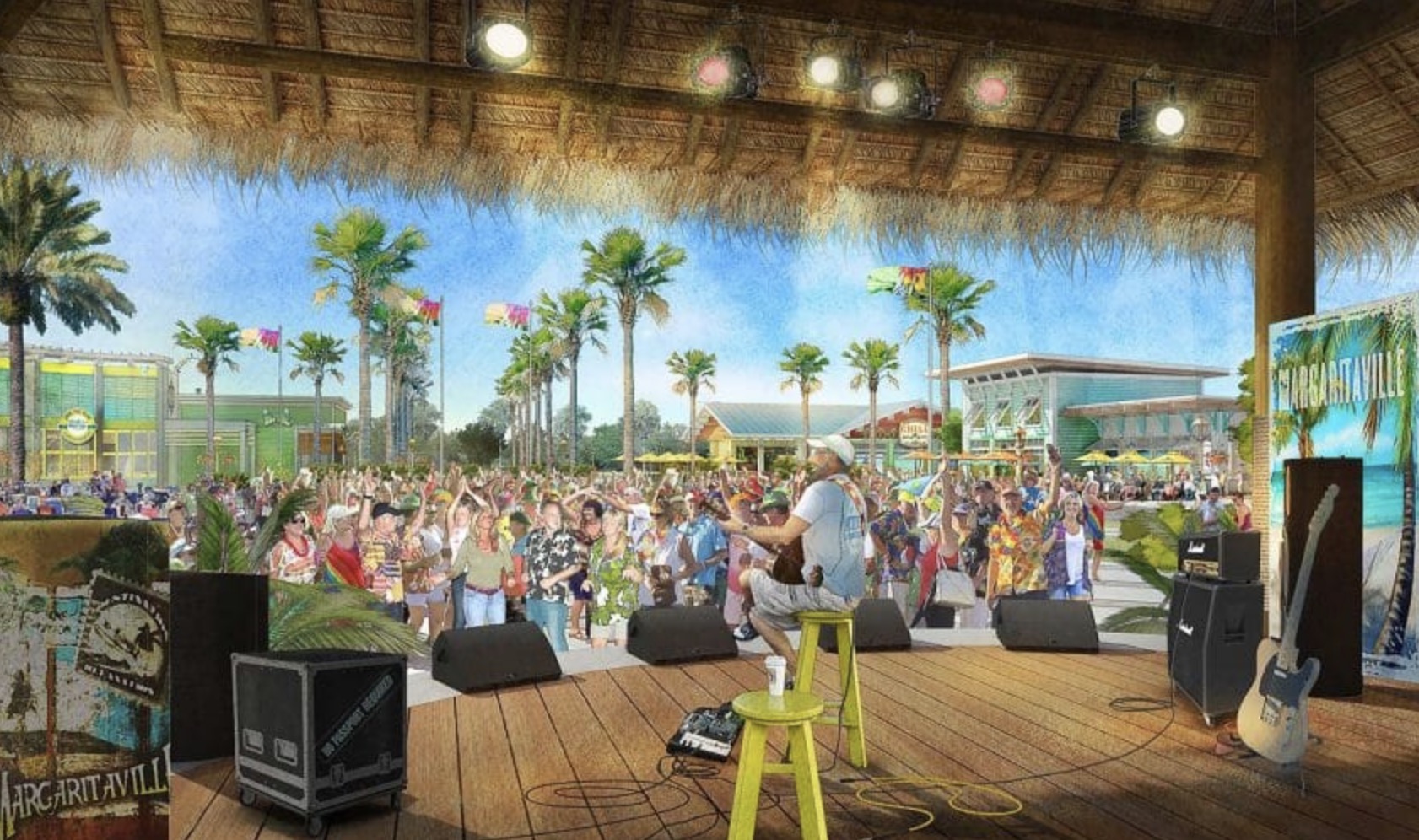 And that’s just the beginning. Other amenities include:

All of that is well and good if you’re a Jimmy Buffett fan pushing 60. But what about the younger generation? I just hope that by the time we all retire, I can live in an Insane Clown Posse-themed community with all my fellow juggalos. See you on the beach–or, more accurately, see you in the woods behind an abandoned Toys ‘R’ Us! 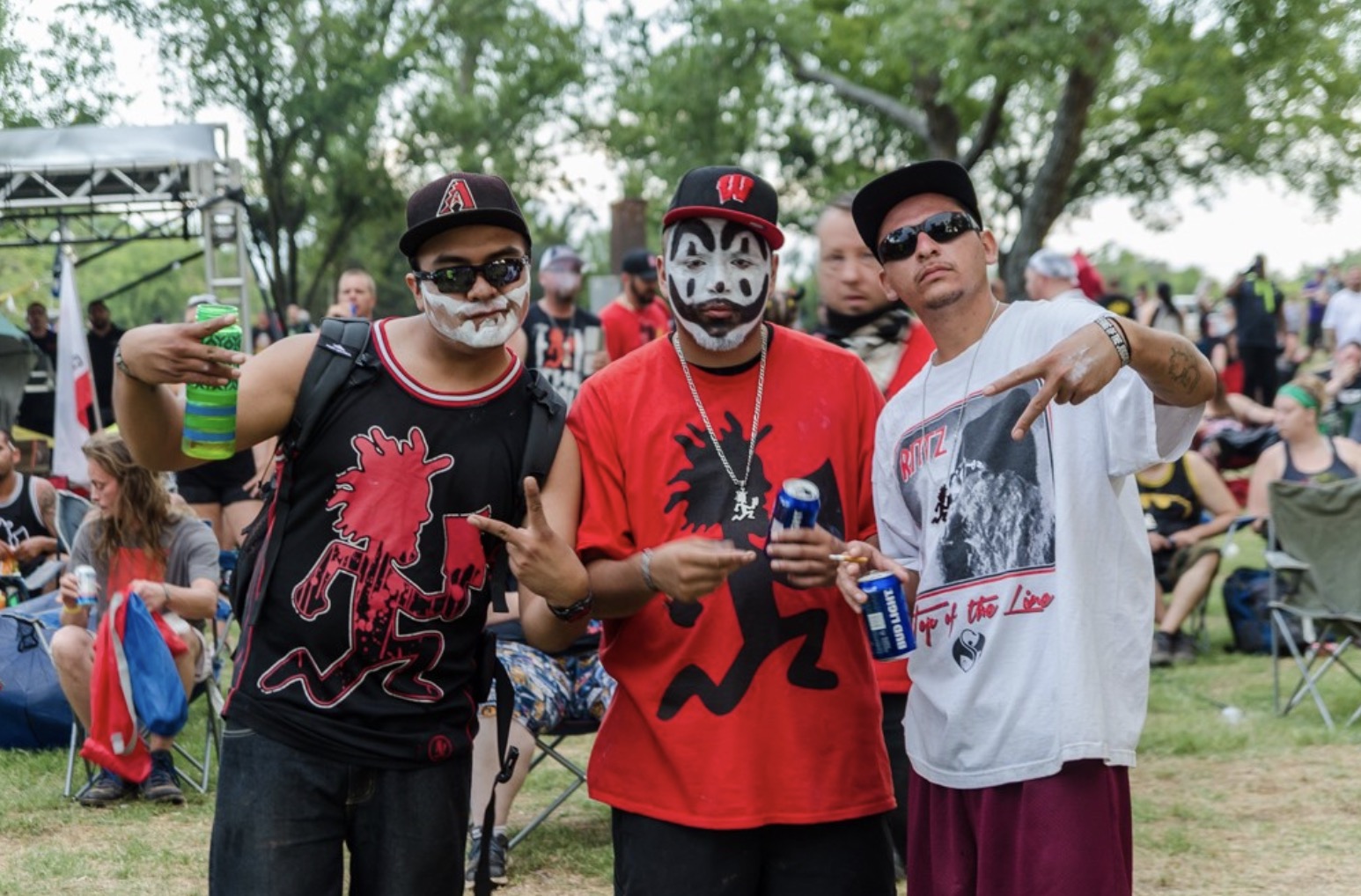