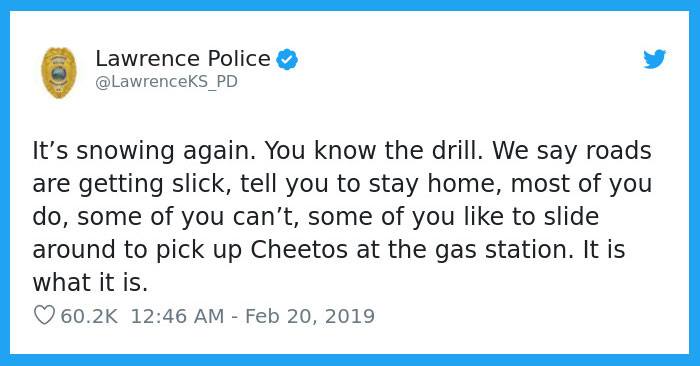 “What we have found is that using humor generates a lot more interest, generates a lot more replies and retweets and things like that if it’s funny,” said Public Affairs Officer Drew Fennelly, who runs the Lawrence PD’s Twitter account. “People don’t expect a police department to be funny.”

Both Twitter accounts share important information with their followers, but they also branch out and share “slice of life” moments that show what it’s like to be a police officer. The Lawrence PD recently live-tweeted a Seinfeldian road rage incident between two drivers in . parking lot who both refused to back up and give each other room to drive off. 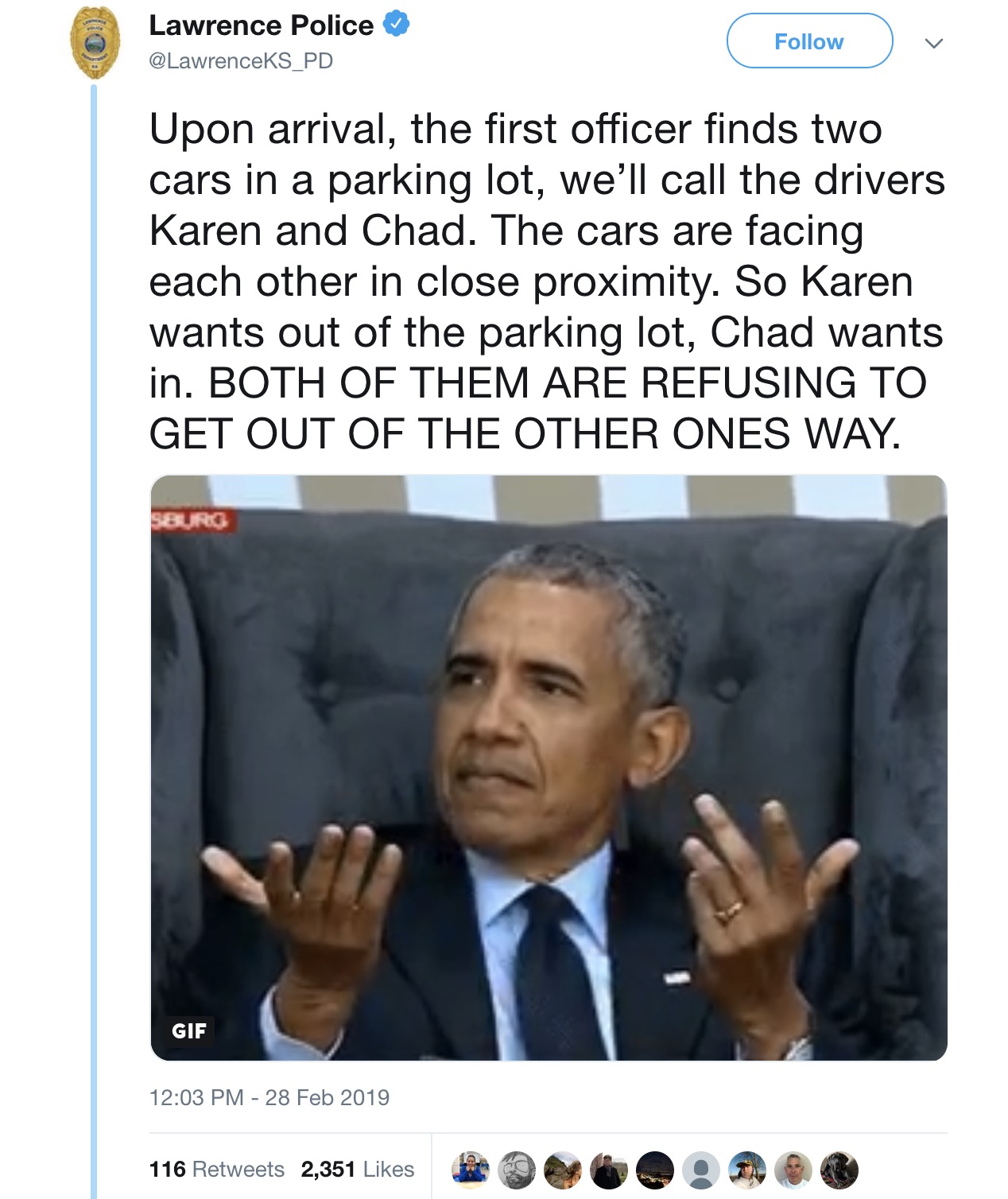 Below are 15 of the funniest Tweets from the Lawrence and Topeka PDs. Law enforcement has never been this funny, at least not since Reno 911. (via Bored Panda). 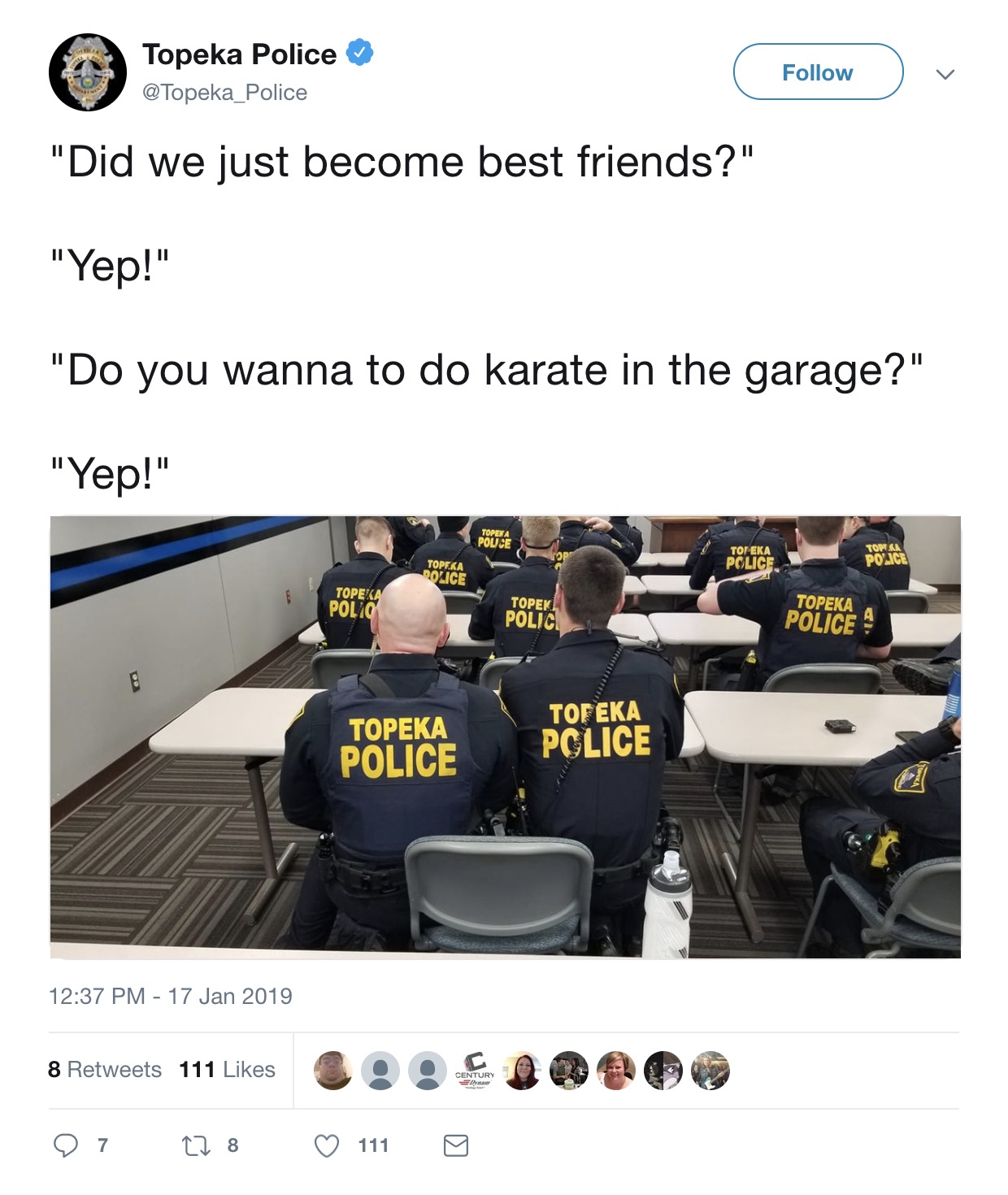 2. They aren’t above poking fun at themselves. 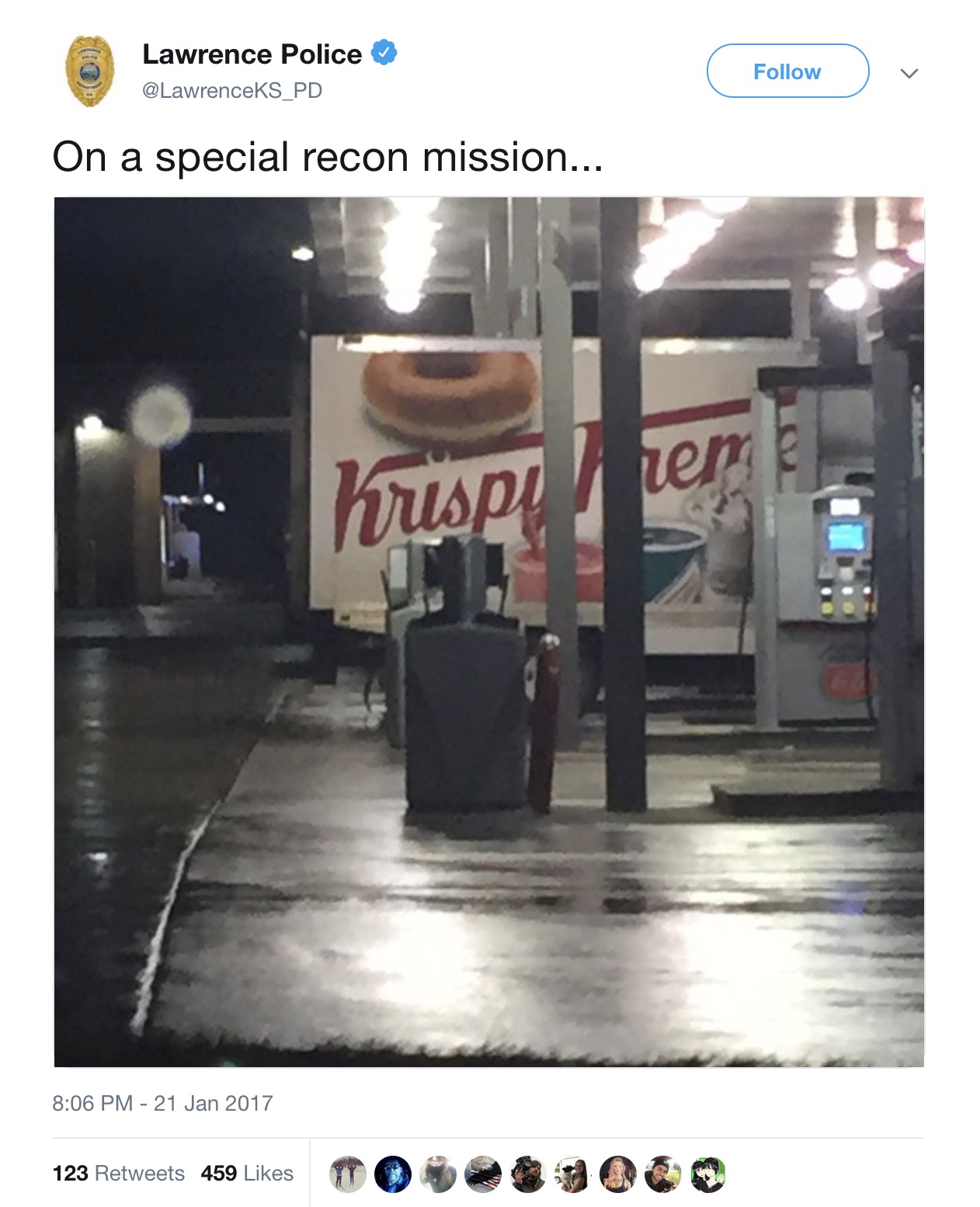 3. A sobriety test we can all get behind. 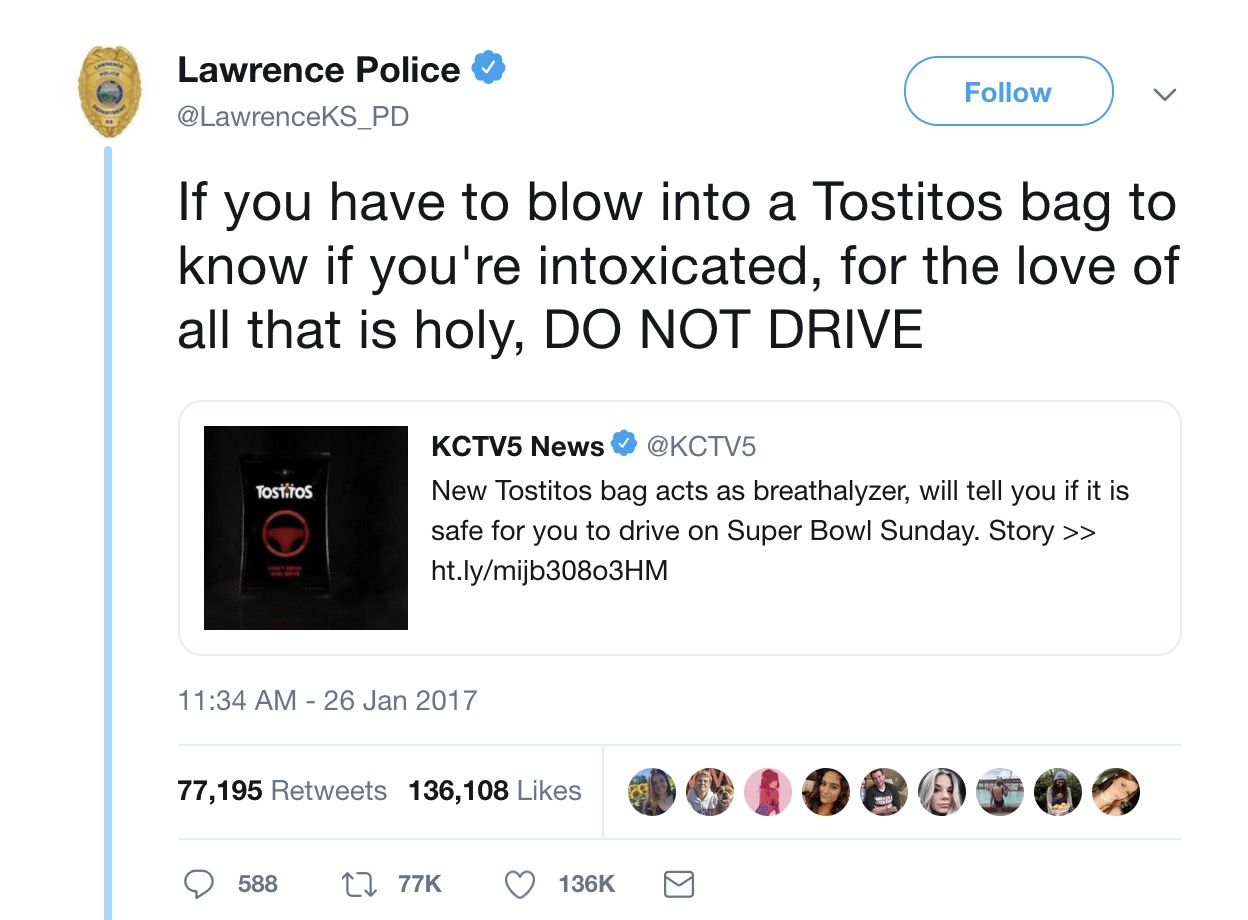 5. Break the law in Lawrence and you’ll get arrested and roasted. 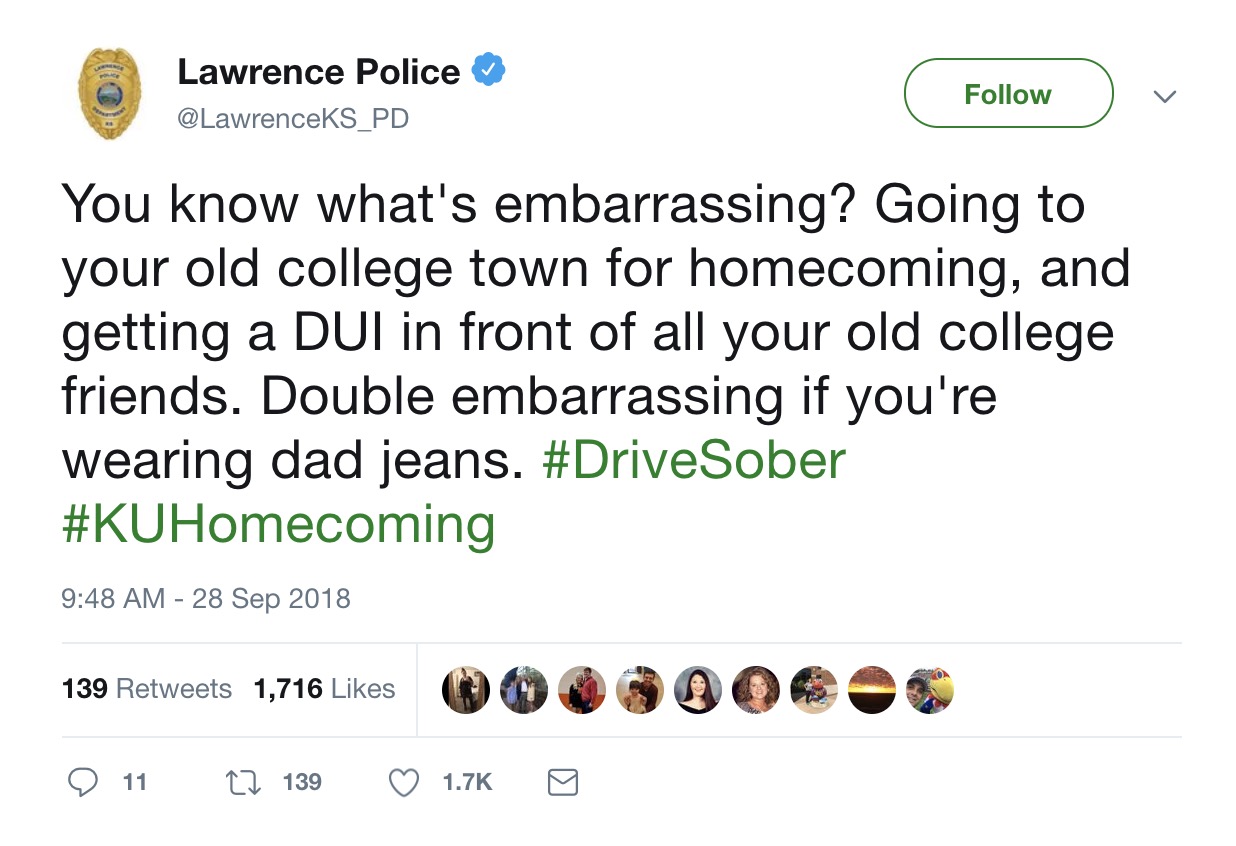 6. Lawrence is a college town. The PD sees a LOT of fake IDs. 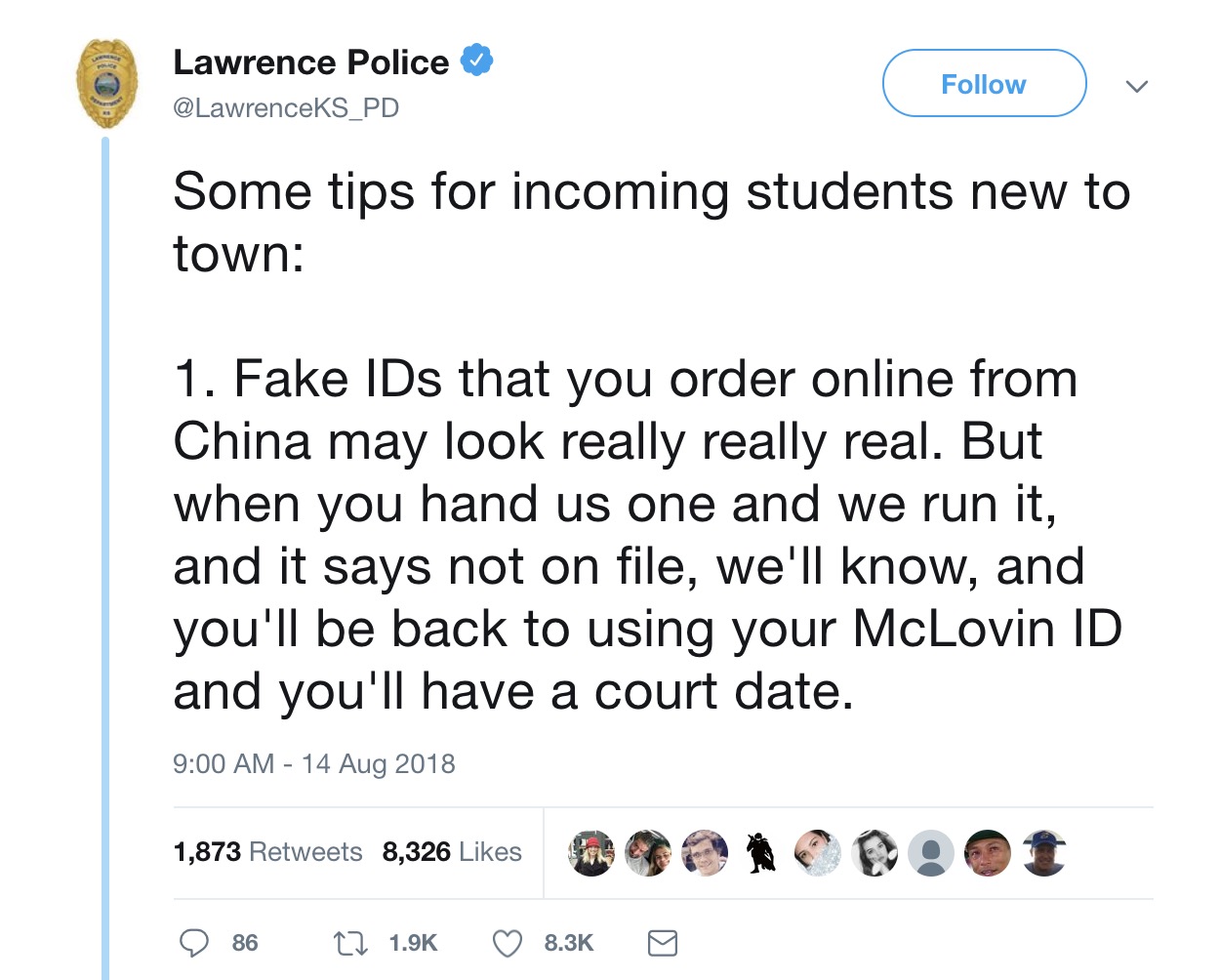 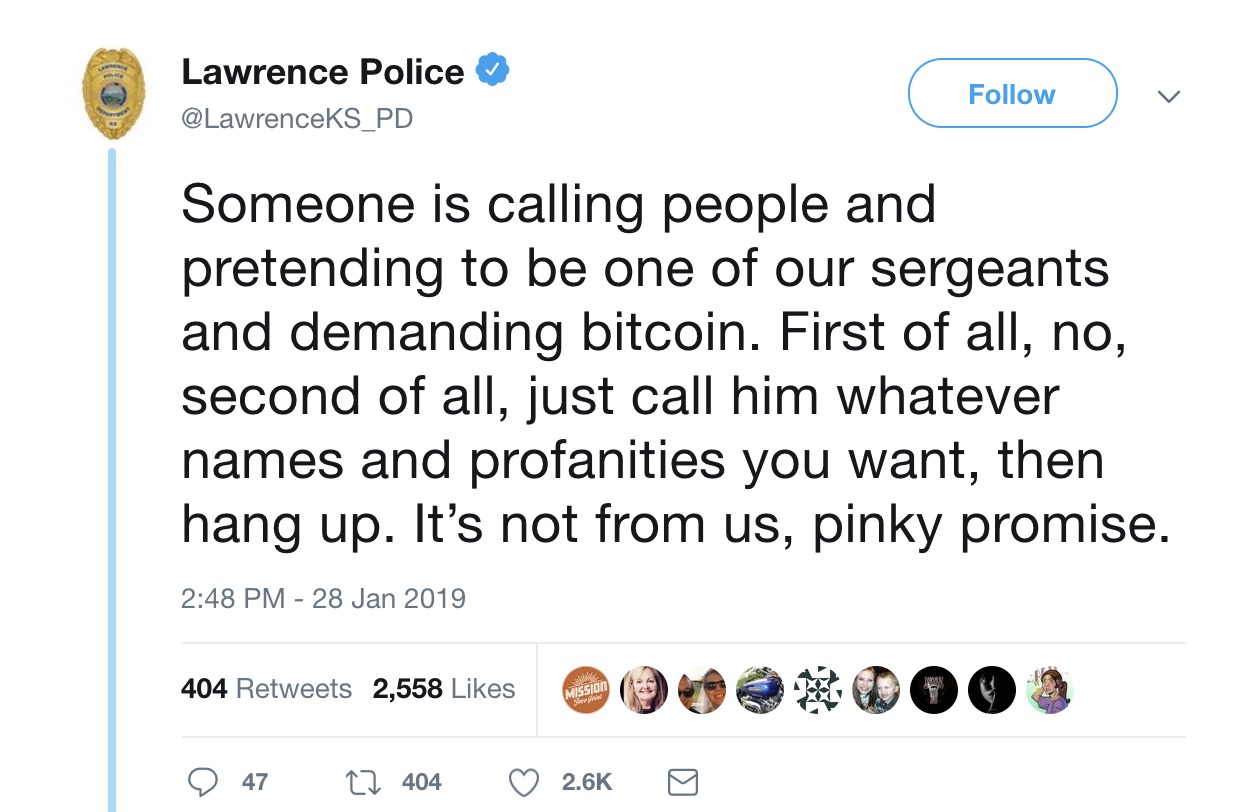 8. What do the kids say? Netflix and freeze? 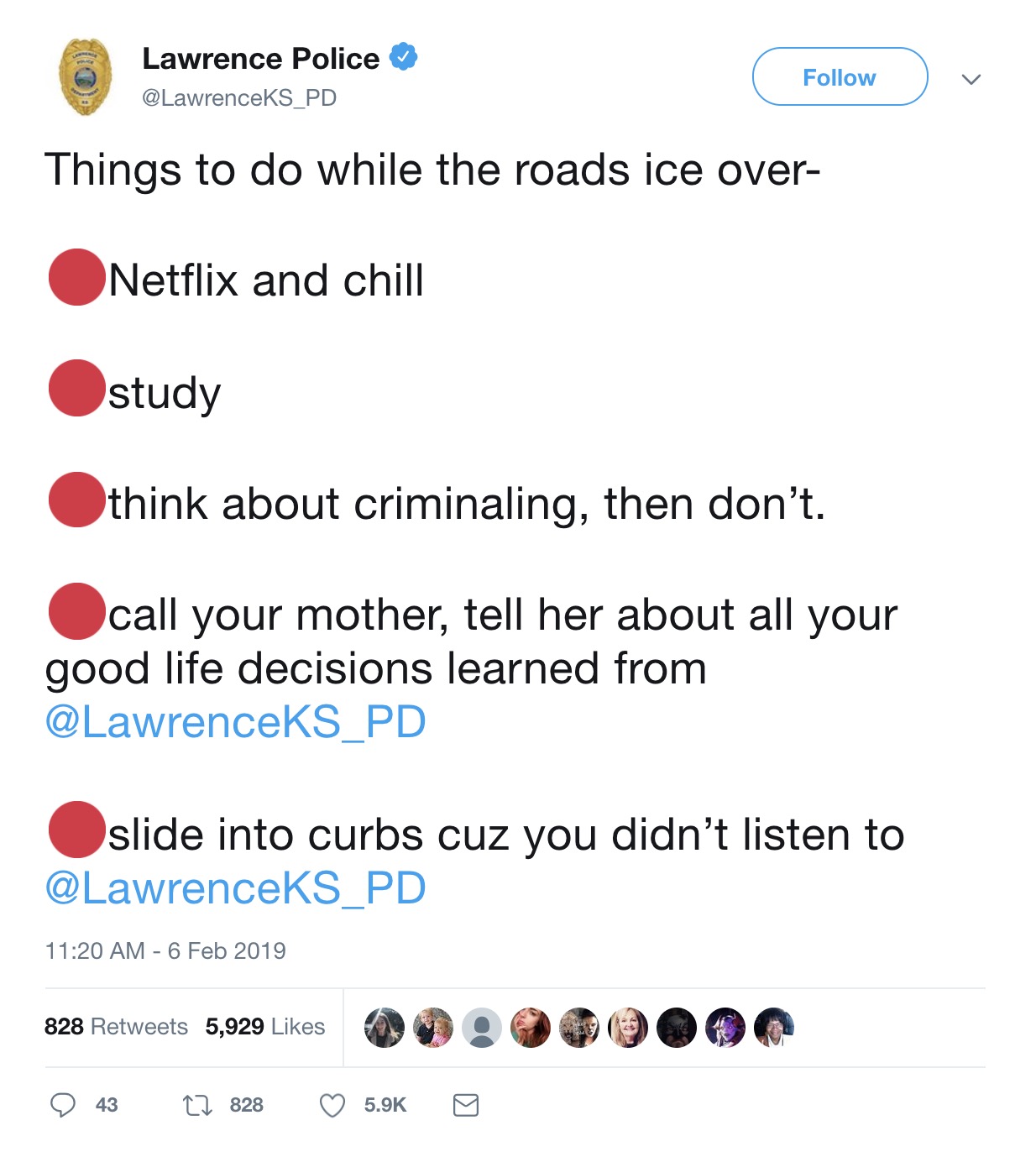 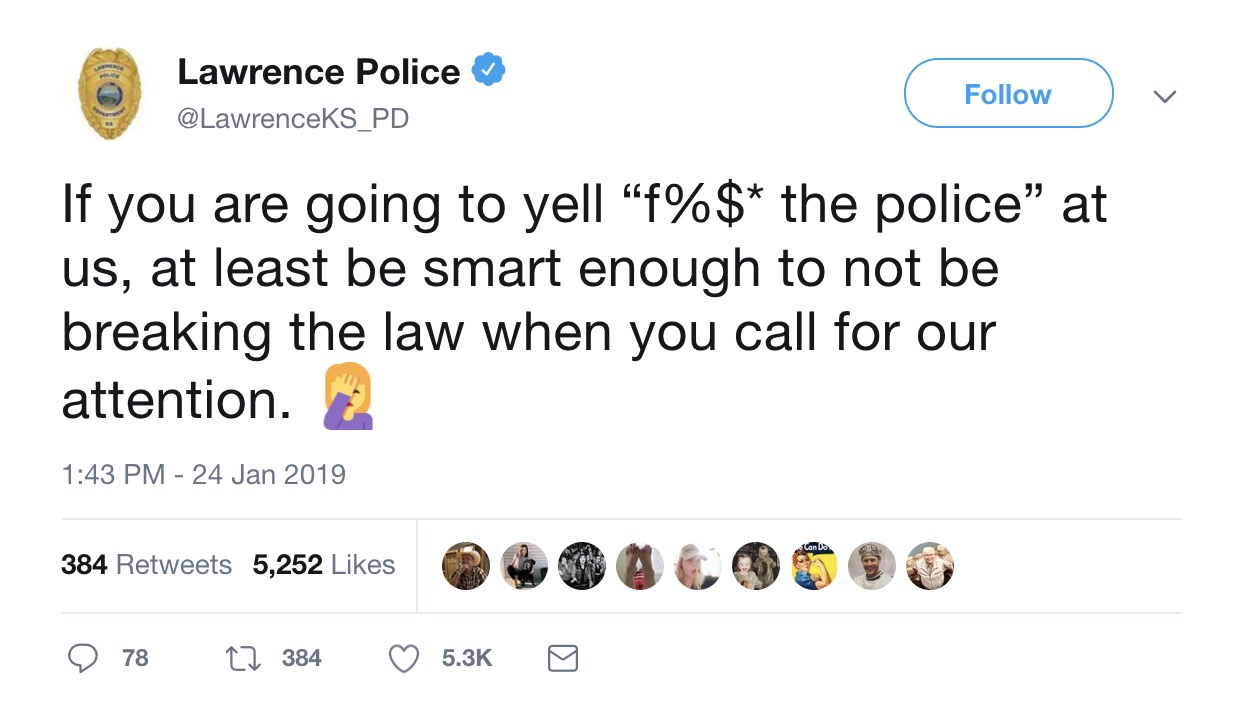 10. Cops are just like you and me: they also judge terrible drivers. 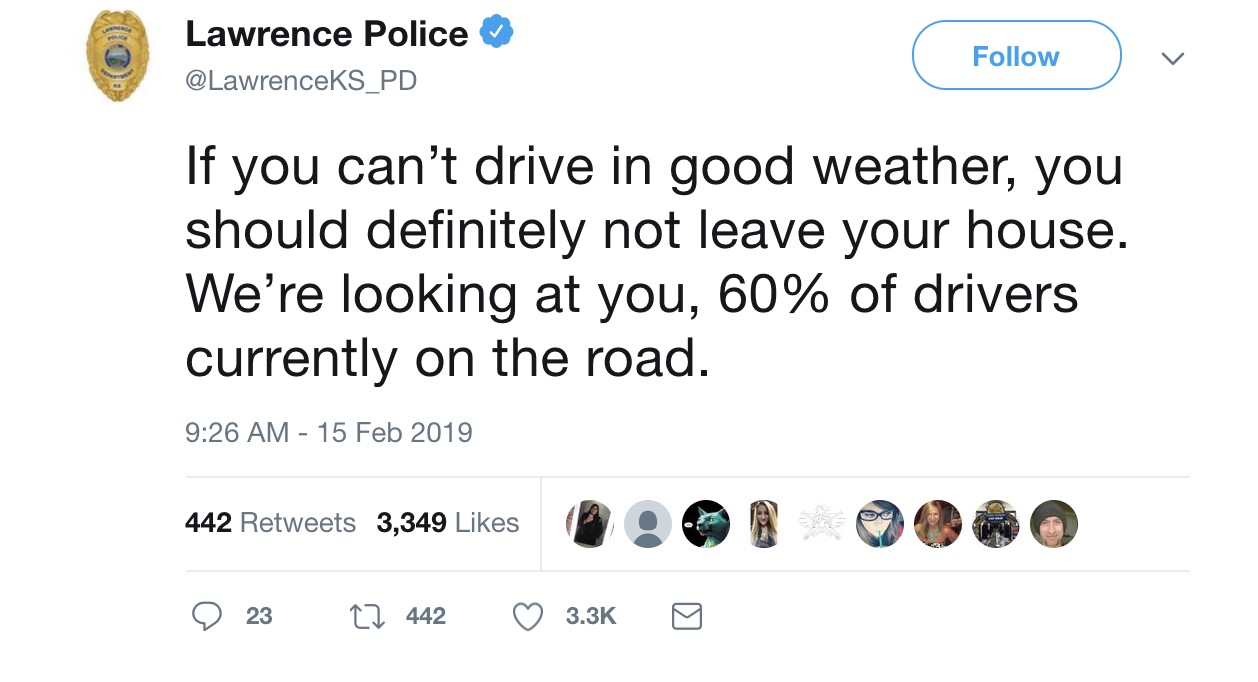 11. Being cold is for mail carriers. 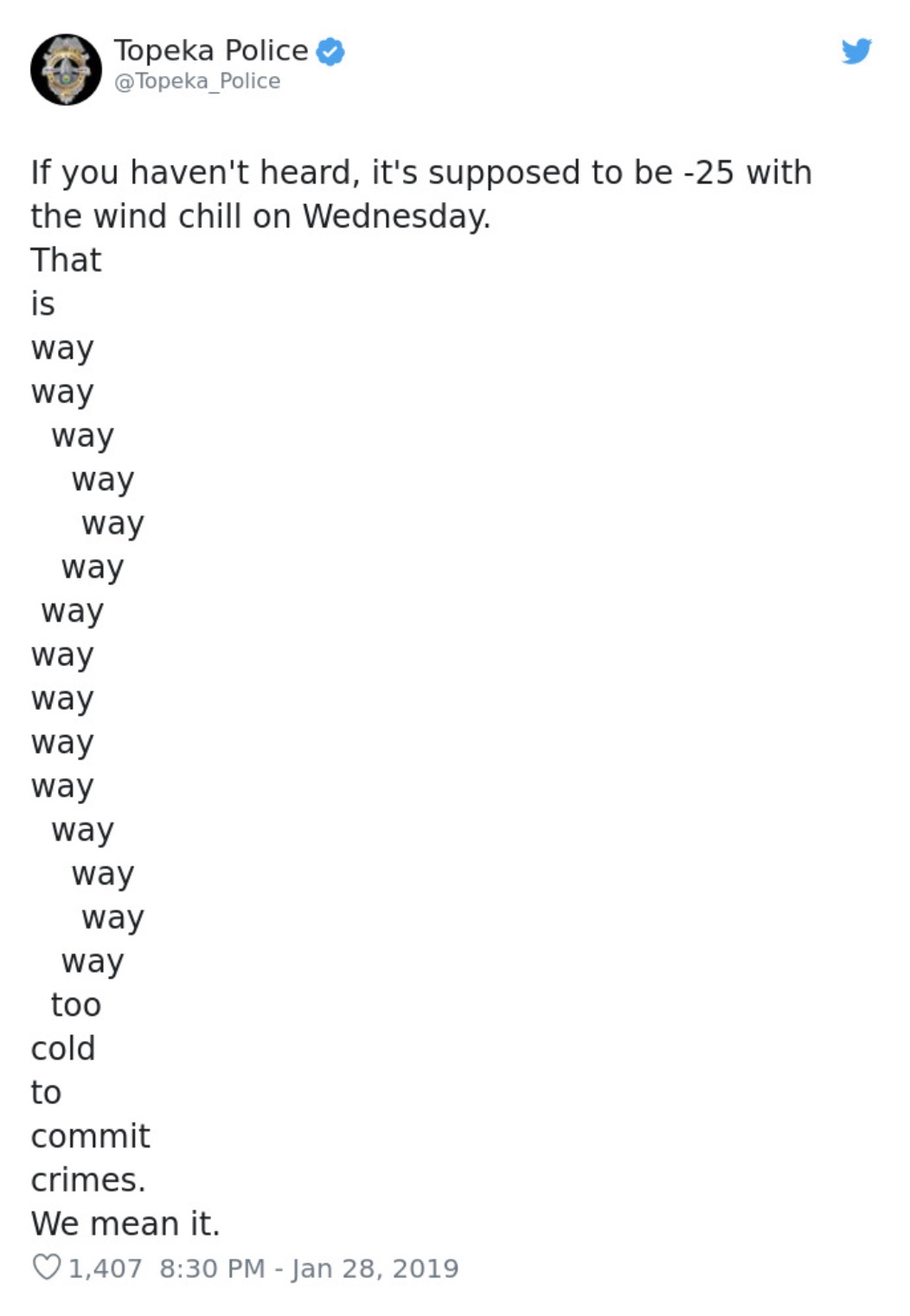 12. This is very similar to how they caught Walter White. 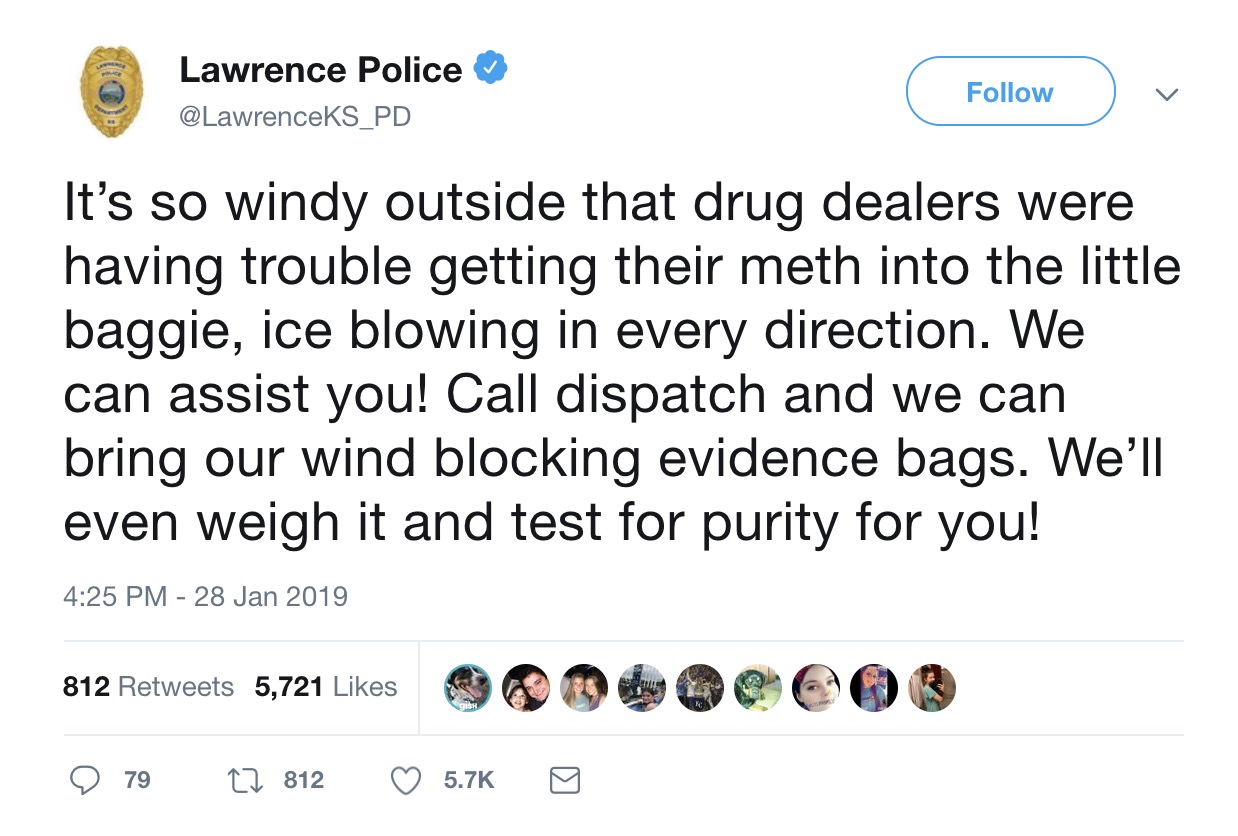 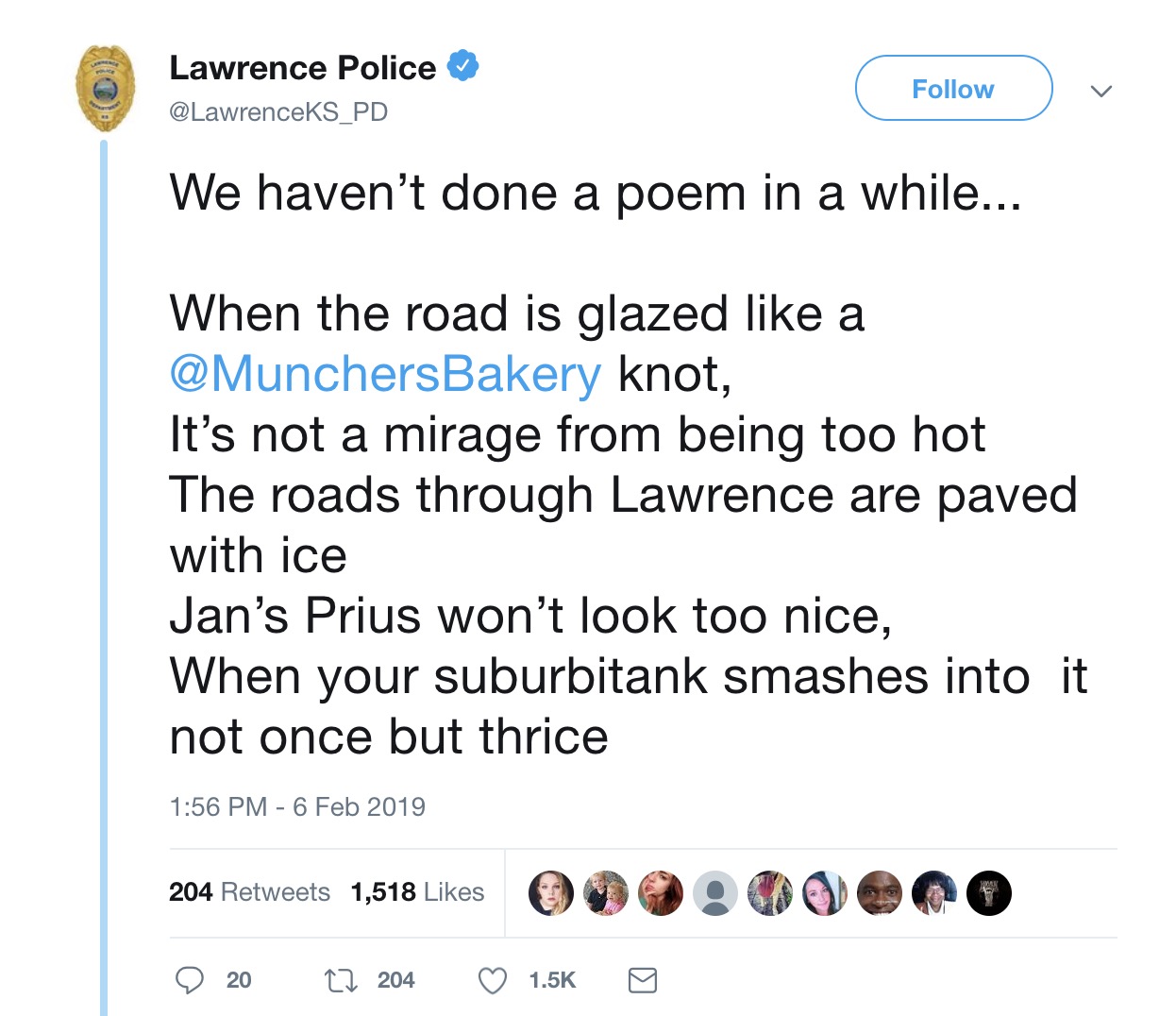 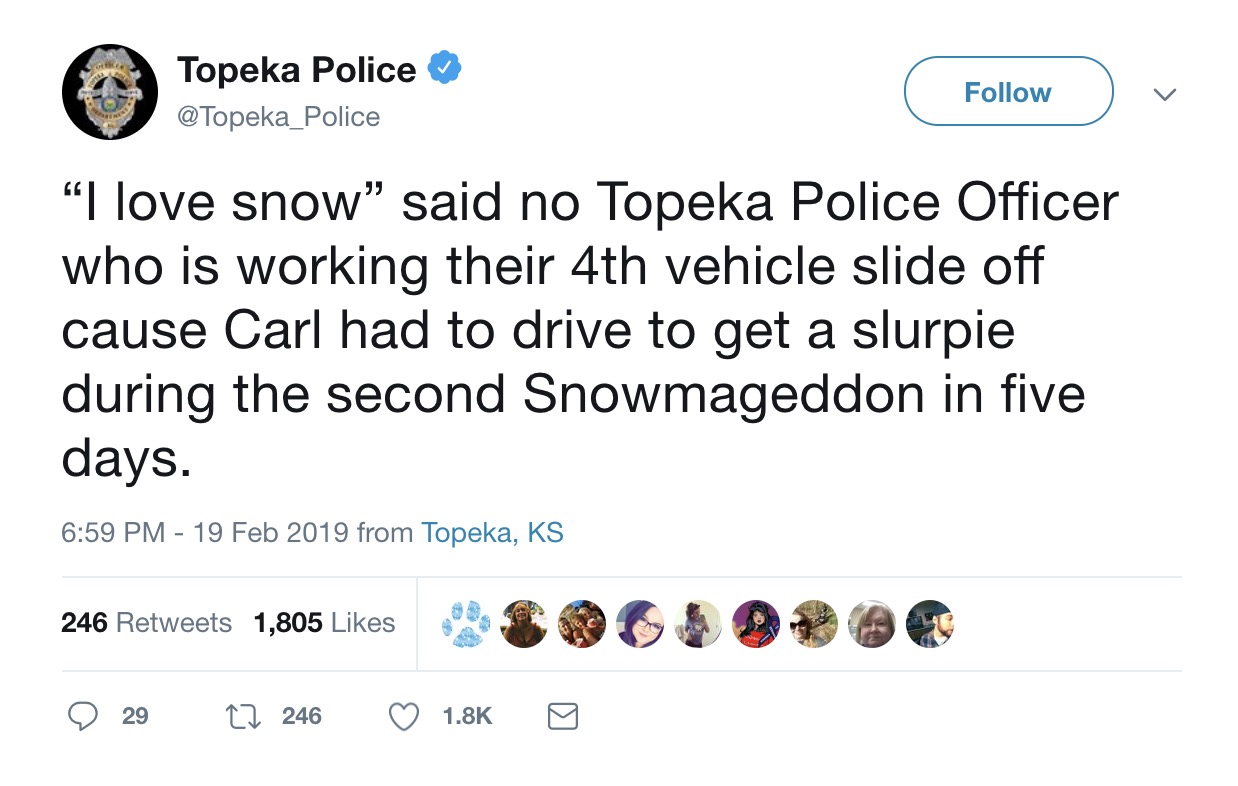 15. When you’re a cop, you never know what you’re gonna find out there. 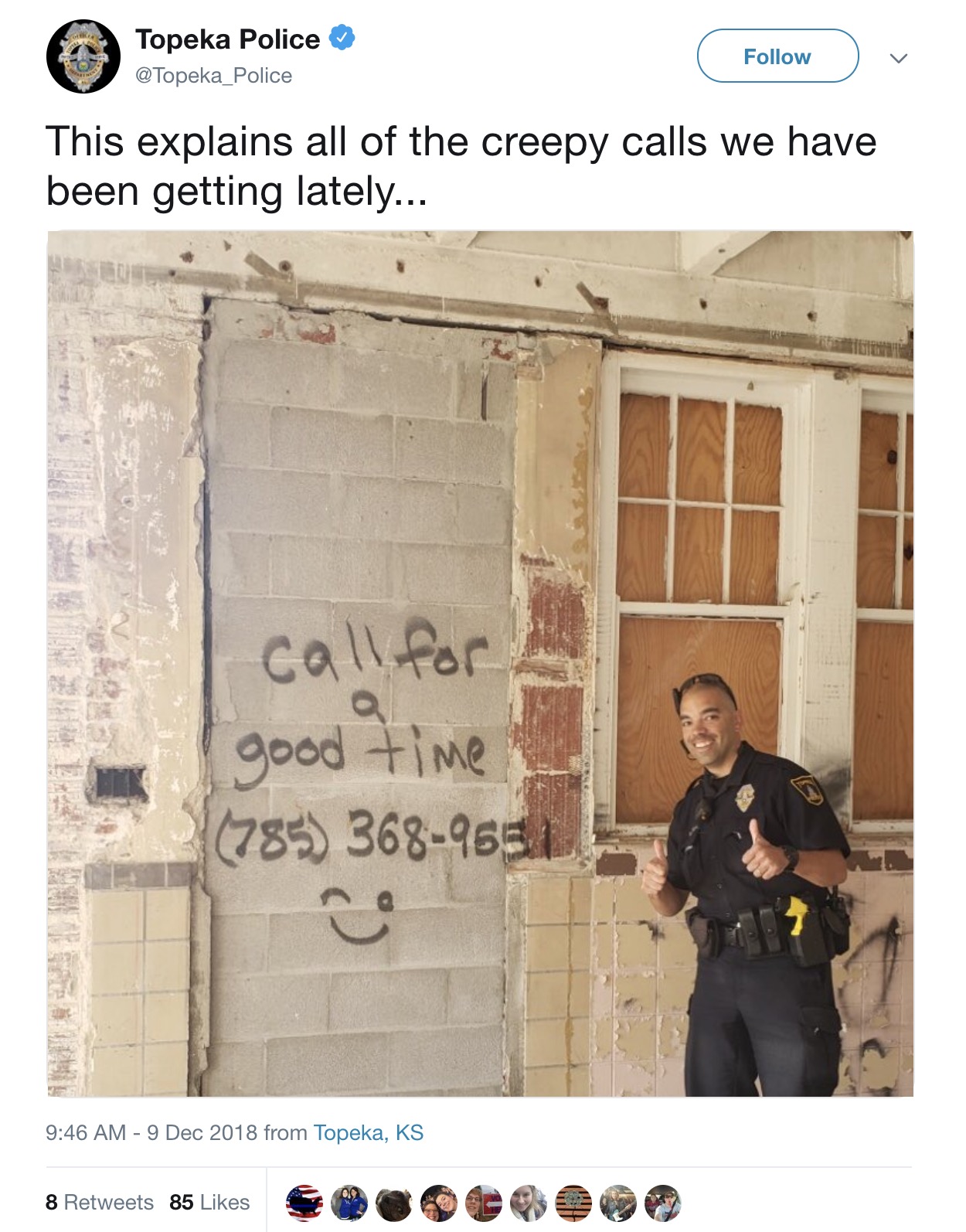