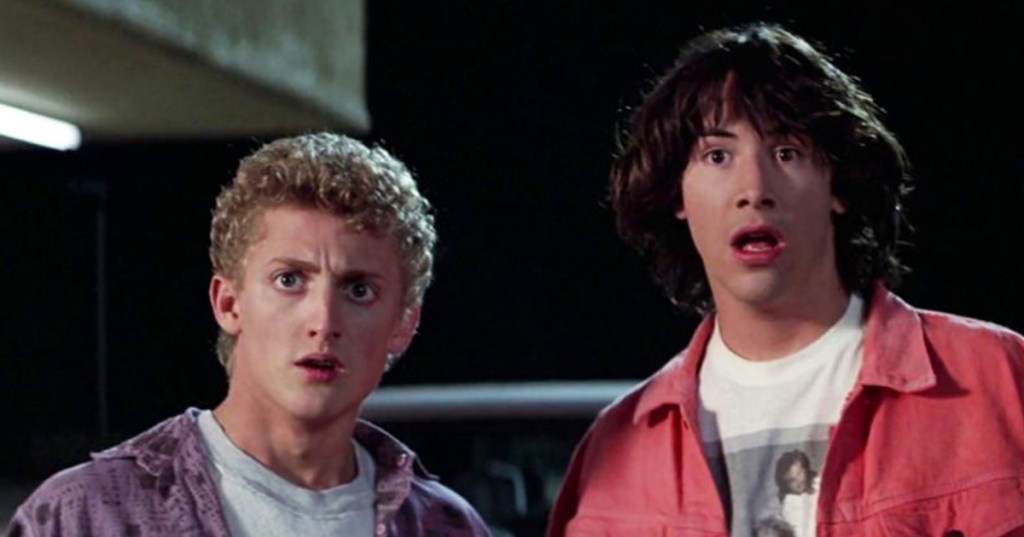 Grab your legwarmers! Rip your high speed Internet modem out of the wall and throw it in the trash! Because 1989 is back! Or, at least one of the most beloved films from that year is! That’s right, Bill and Ted are getting another sequel!

Keanu Reeves, Alex Winter, and the franchise’s two screenwriters, Chris Matheson and Ed Solomon recently announced the news in an interview with Entertainment Weekly. Solomon said: “We are hoping to close a deal with some financiers. Hopefully within the next month or so, we’ll have news that will stick.” 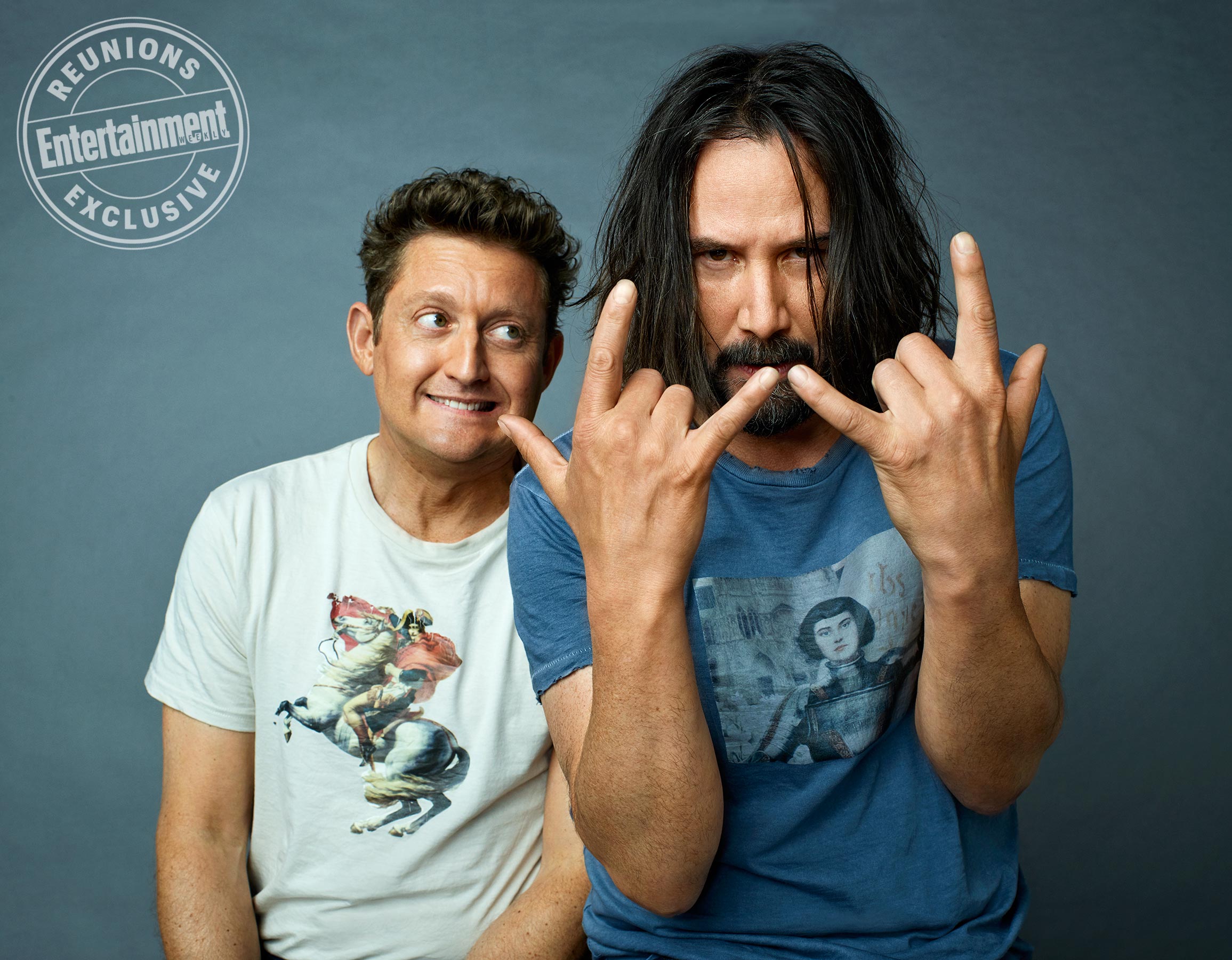 The third installment is called Bill and Ted Face the Music, and all the main talent is attached. The stars and screenwriters are in, plus William Sadler, who played Death in Bill and Ted’s Bogus Journey. Dean Parisot (Galaxy Quest) will direct, and Steven Soderbergh is producing.

In the movie, Bill and Ted will be in their 50’s, having given up on their musical dreams with their band Wyld Stallyns. Now, they’re tasked with writing a song that will save the universe. As Solomon put it: 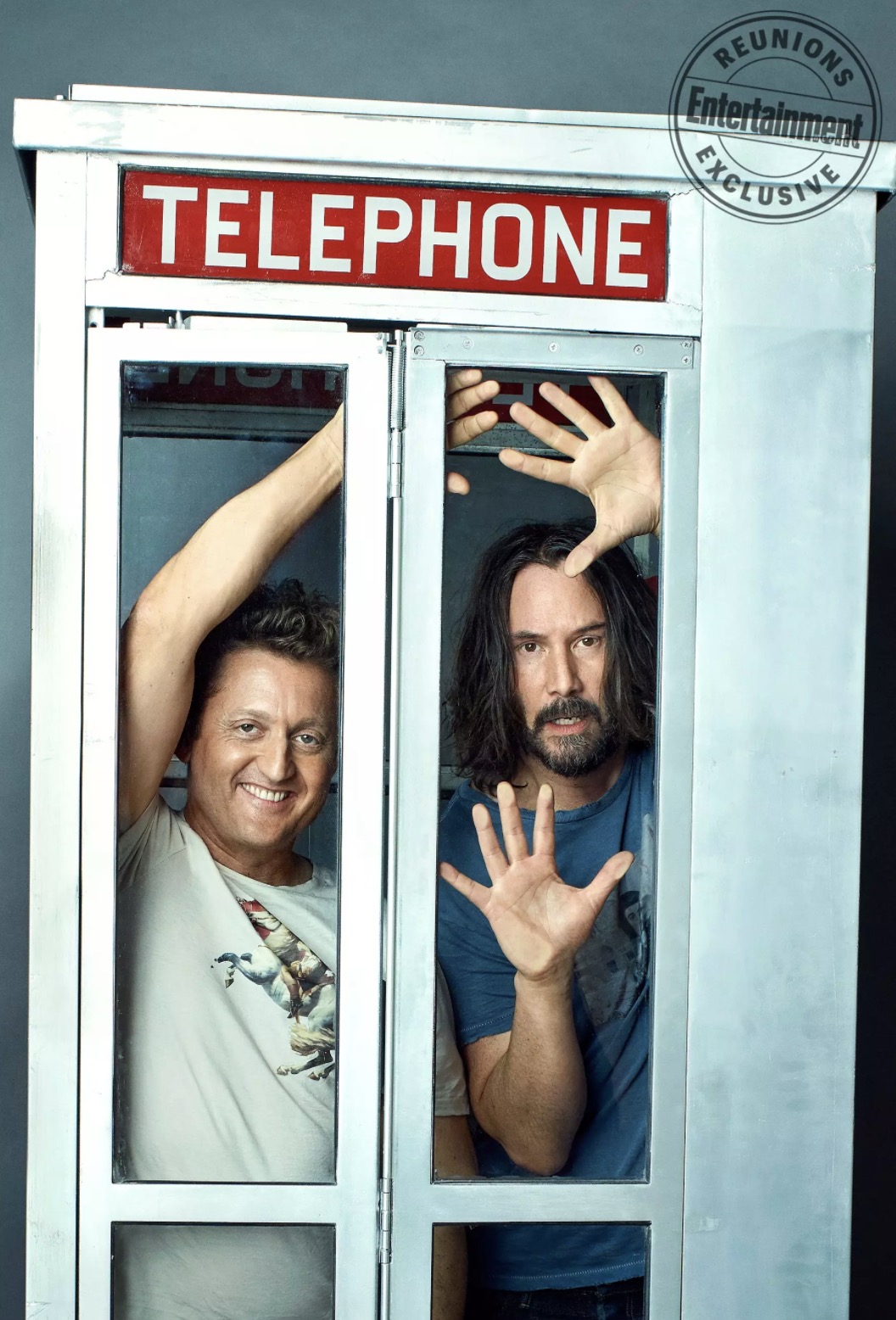 Why are we getting a Bill and Ted movie in 2018, 27 years after the last one? Partly because, as we said up top, everything gets a sequel. But also, it just took a while for Bill and Ted 3 to navigate the studio process known as “development hell.” Matheson and Solomon pitched the idea to Reeves and Winter all the way back in 2007. What followed was a series of rejections, near-misses, and endless rewrites–so, pretty typical for a movie. Since 2010, updates on the third Bill and Ted movie have popped up every year, but this is the closest they’ve come.

But most of all, as Solomon told Digital Spy back in January, this isn’t a cash grab, it’s a labor of love. “This is, ‘We love these characters, they’ve been with us for our whole lives’ – Chris and me, and Alex and Keanu – and we wanted to visit them again as middle-aged men. We thought it would be really fun, and funny, and sweet.”

So if you love the original franchise, it sounds like the next film is going to do it right. And that is truly a reason to party on, dudes.