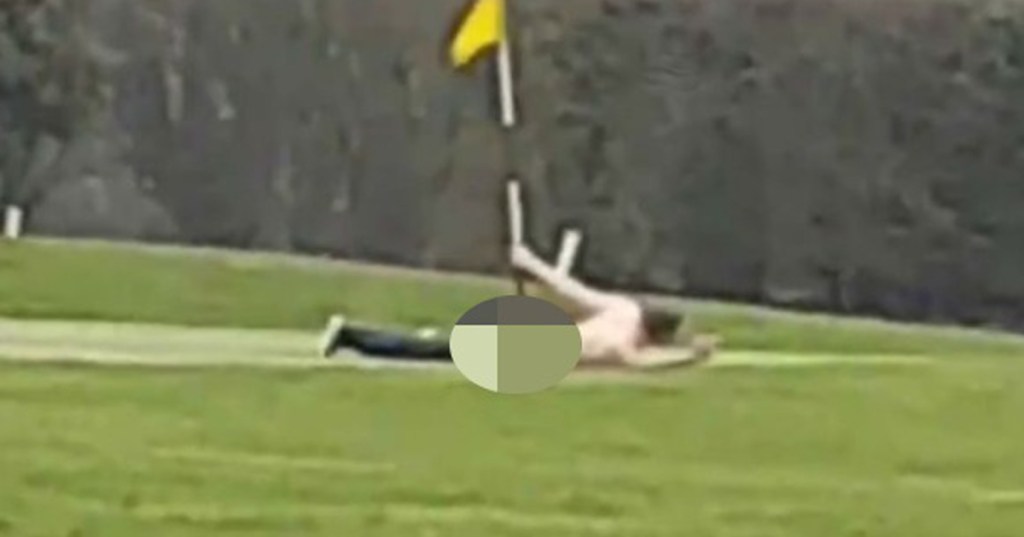 Golfers Find Man Having Sex With The 9th Hole, Because Nobody Can Have Nice Things

Humanity is a rich tapestry. Or at least that’s what I tell myself. Sometimes it’s the only way to get through this.

A group of golfers were enjoying their Monday bank holiday at the Brackenwood Golf Course in Bebington, Merseyside when they discovered an unexpected hazard: a shirtless man humping the 9th hole, and using the flag for something other than its intended purpose.

(Actually, if you think about it, he kind of was using the flag for its intended purpose by sticking it in a…nevermind.)

Steven Gayton took the video, which shows the unidentified golf enthusiast enjoying himself for about a minute before noticing his audience. He then gets up, buttons his pants, and slinks away, trying and failing to act casual. As the man exits, Gayton can be heard yelling, “Bagsy ain’t picking that flag out the hole!”, but the man doesn’t respond.

Gayton posted the video to his Facebook, where it went viral. And in an interview with Metro, Gayton provided answers to the questions I’m sure many of us have been wondering. Questions like…

Did the man seem intoxicated?

Gayton: “I don’t think he was drunk because he was filming himself. There was only me and three other friends on the course.”

Why in the hell would someone hump a golf course in the middle of the day?!

Gayton: “I think he thought he was all alone and when he realised we had spotted him he was not bothered. Scary to think that there are a lot of kids around that area.”

Why do you think the man chose the 9th hole in particular?

Gayton: “I’m not sure if there is any CCTV in the area. I know they don’t have it on the course. Maybe that is why he did it.”

And finally, just how weird was it to stumble upon this sight?

Gayton: “It’s the weirdest thing I’ve ever had the misfortune to see. 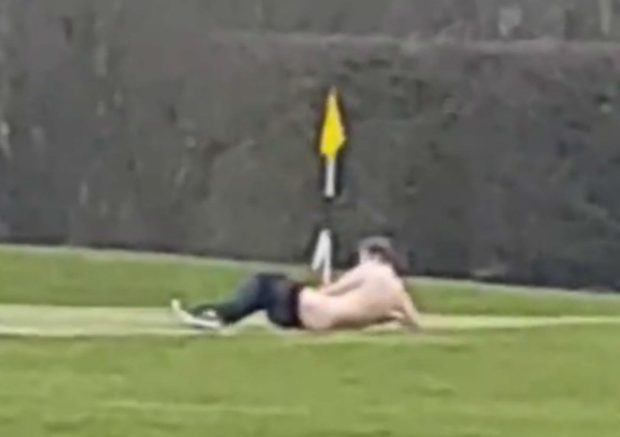 Until the unknown humper is apprehended, we’re left to speculate about who he is and what his motivations might be. Maybe his act was really a satirical statement about golf’s association with the rich and powerful. Or maybe he’s a first-time golfer with a very poor understanding of how the game works. Or maybe he’s just a perv with a hyper specific fetish.

Whatever the case may be, if you’re hitting the links at Brackenwood, best steer clear of the 9th hole.