Get your old lava lamp and disco records out of storage, because the 70’s are BACK–or they will be, if the inventor of the waterbed has his way.

Waterbeds used to be a formidable force in the mattress marketplace, accounting of 15% of all sales back in 1986. Today, they account for a mere 5%, but inventor Charles Hall thinks they’re overdue for a reboot–mainly because, as he says, millennials aren’t familiar with them. 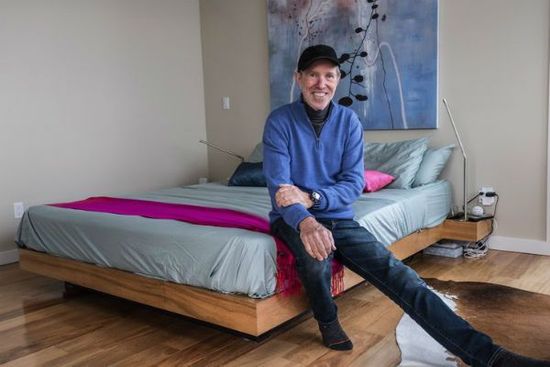 Hall originally came up with the waterbed for a thesis project in 1968. His original prototype was a mattress filled with cooking starch. Even though it weighed 300 pounds, people found it more comfortable than conventional mattress. But that only partly accounts for the waterbed’s popularity. Waterbeds were marketed with an explicitly “sexy” message, which fit perfectly with the swingin’ 70’s attitudes of the times. When you’re already trying to sell a bed, it’s not much of a leap to bring sex into the equation. 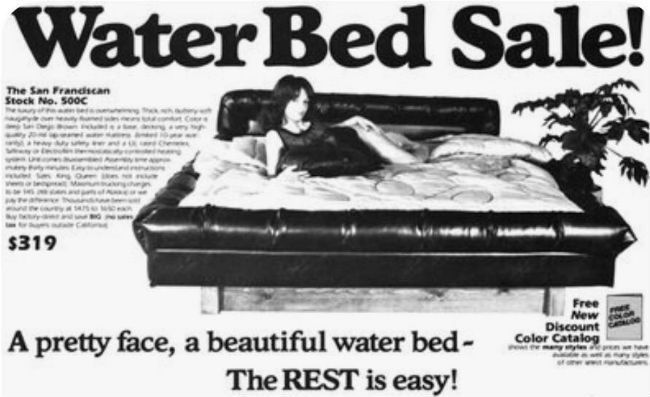 Waterbeds were popular throughout the 70’s and 80’s, but eventually they lost their luster. The market was flooded with imitators, and due to the limits of the technology of the time, waterbeds were prone to leaks. Some cities to this day still won’t allow renters to own a waterbed without extra insurance. 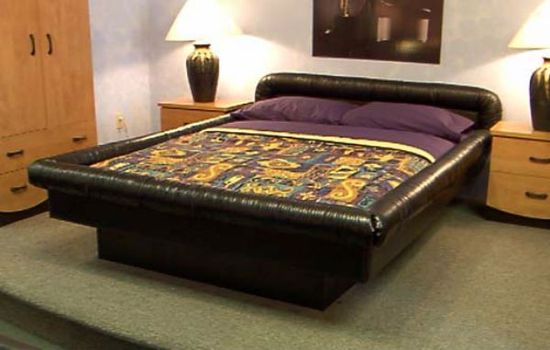 But even though Charles Hall is living quite comfortably, (he has 40 other patents that have made him filthy rich), he still believes in his invention. “In each house I have a water bed,” he said. “And you know what? I wouldn’t sleep on anything else. They are the most comfortable bed around.”

His company has redesigned the waterbed, addressing many of the flaws that drove people away. The Waterbed 2.0 features improved temperature controls, a design overhaul to eliminate undesirable “waves,” (Basically, if your partner turns over in their sleep, it can feel like you’re on a small boat in the middle of a hurricane), and best of all, no more bulky wooden frames. 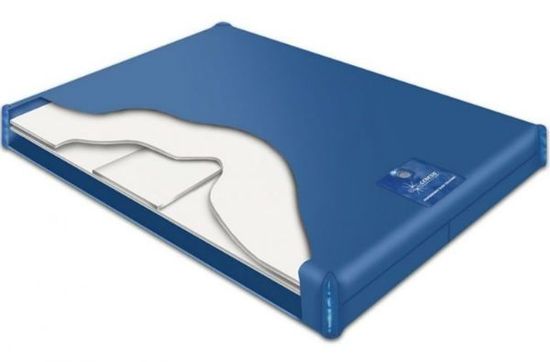 Charles Hall hopes to find a market in millennials, who grew up without waterbeds and thus may not have the negative associations for them a Gen Xer or Baby Boomer might. As he told The Seattle Times,  “I feel like a lot of us spawned in a waterbed. And so those younger types, maybe they want to visit the spawning ground.”

Which…I have to say, Charlie, if your goal is to rebrand waterbed without a “key parties and cocaine” vibe, quotes like that probably aren’t helping. As a millennial myself, I have some suggestions for how to make waterbeds more millennial-friendly:
-All waterbeds are filled with 100% recycled, drought-friendly wastewater.
-Free delivery and installation if the customer still lives with their parents
-A new “1970’s” Snapchat filter that gives you a bushy mustache, an afro, and cold sores.
-Do away with “hot” and “cold” temperature settings in favor of a non-binary “lukewarm.”
-Every waterbed comes with a free Youtube celebrity.
-And this slogan: “Just like millennials, our waterbeds only work some of the time.”

As far as my share of the royalties goes, I will happily accept payment in the form of a waterbed.