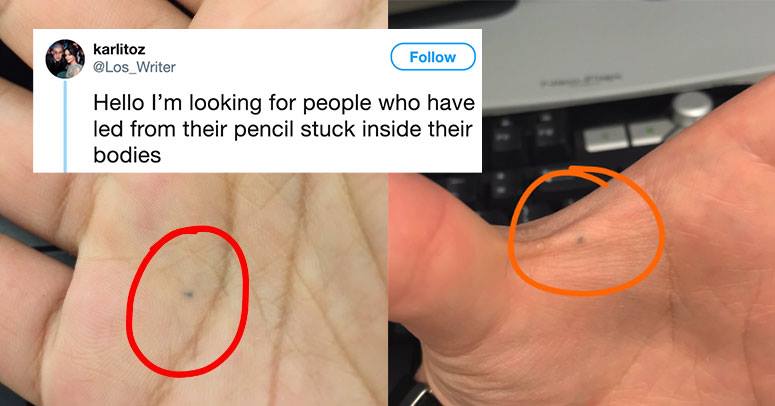 If You Were Stabbed With A Pencil And Still Have A Mark, This Is For You

School has many rites of passages that we all must undergo. When you’re given the responsibility of remembering a locker combination. When you have to climbing the rope in gym class. And, of course, when you get stabbed by a pencil, and getting a piece of graphite stuck under your skin for the next several decades. Going through these three specific things is what makes us adults.

Recently, Twitter user @Los_Writer asked her followers to share photos and stories of their pencil injuries. Based on the response, pretty much everyone in the world has sustained a pencil wound and still has the graphite mark to prove it. (And while we’re at it, if you’re wondering how it’s possible that graphite can still be stuck in your skin decades later, Buzzfeed looked into it. Basically, a pencil stabbing is like getting a stick and poke tattoo.)

Part of what’s fun about these stories is how so many people still have graphite stuck in their skin. But what’s even better is the various ways it happened. There’s more than one way to skin a cat, and there’s definitely way more than one way to get stabbed by a pencil. Check out these pencil injuries and their stories, and if you’ve got one of your own, tell us about it in the comments!

1. The memory sticks with you, just like the graphite does. 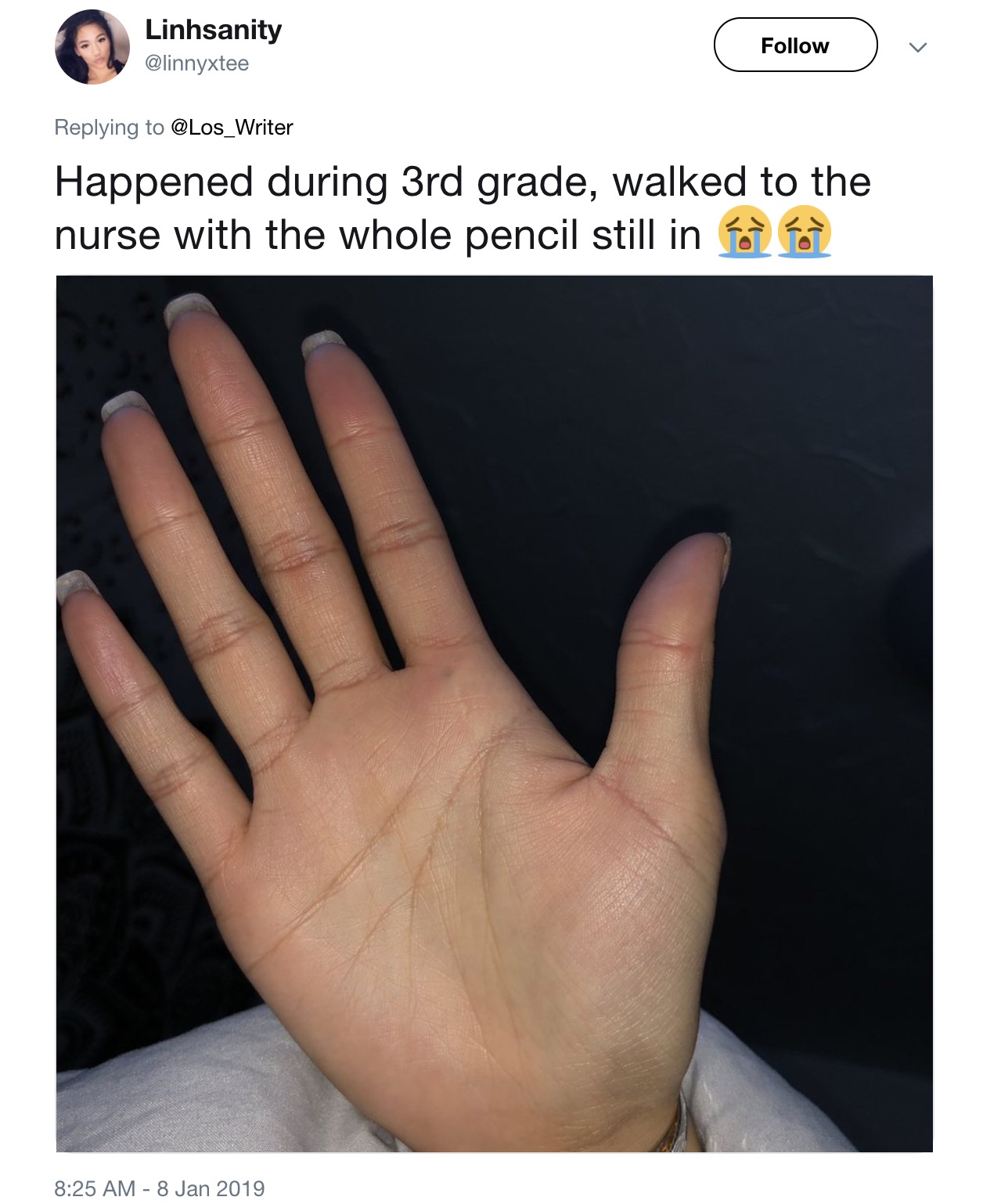 2. Some people got their pencil marks by accident. 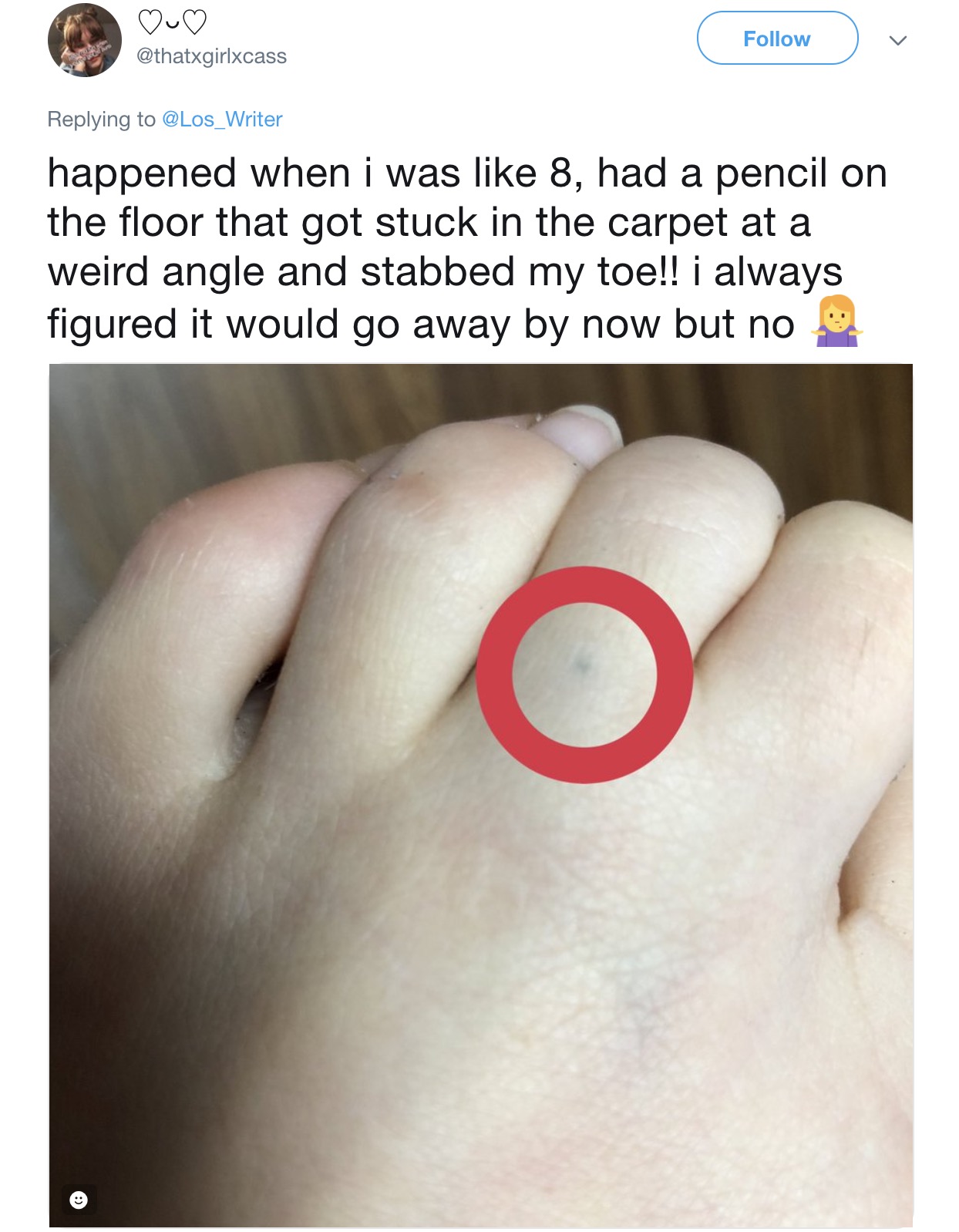 3. For others, it was DEFINITELY on purpose. 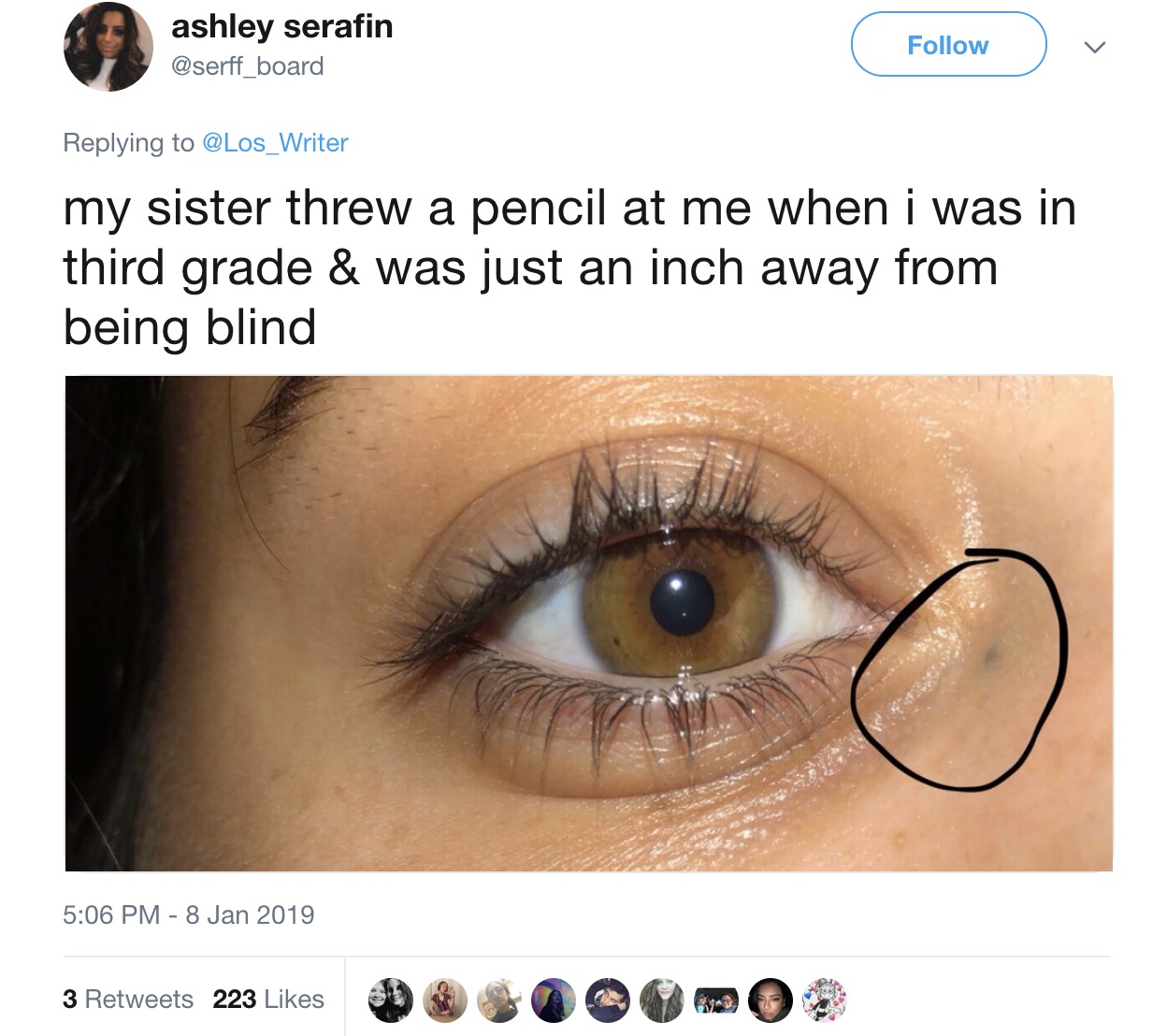 4. One moment of anger, and you’re changed forever. 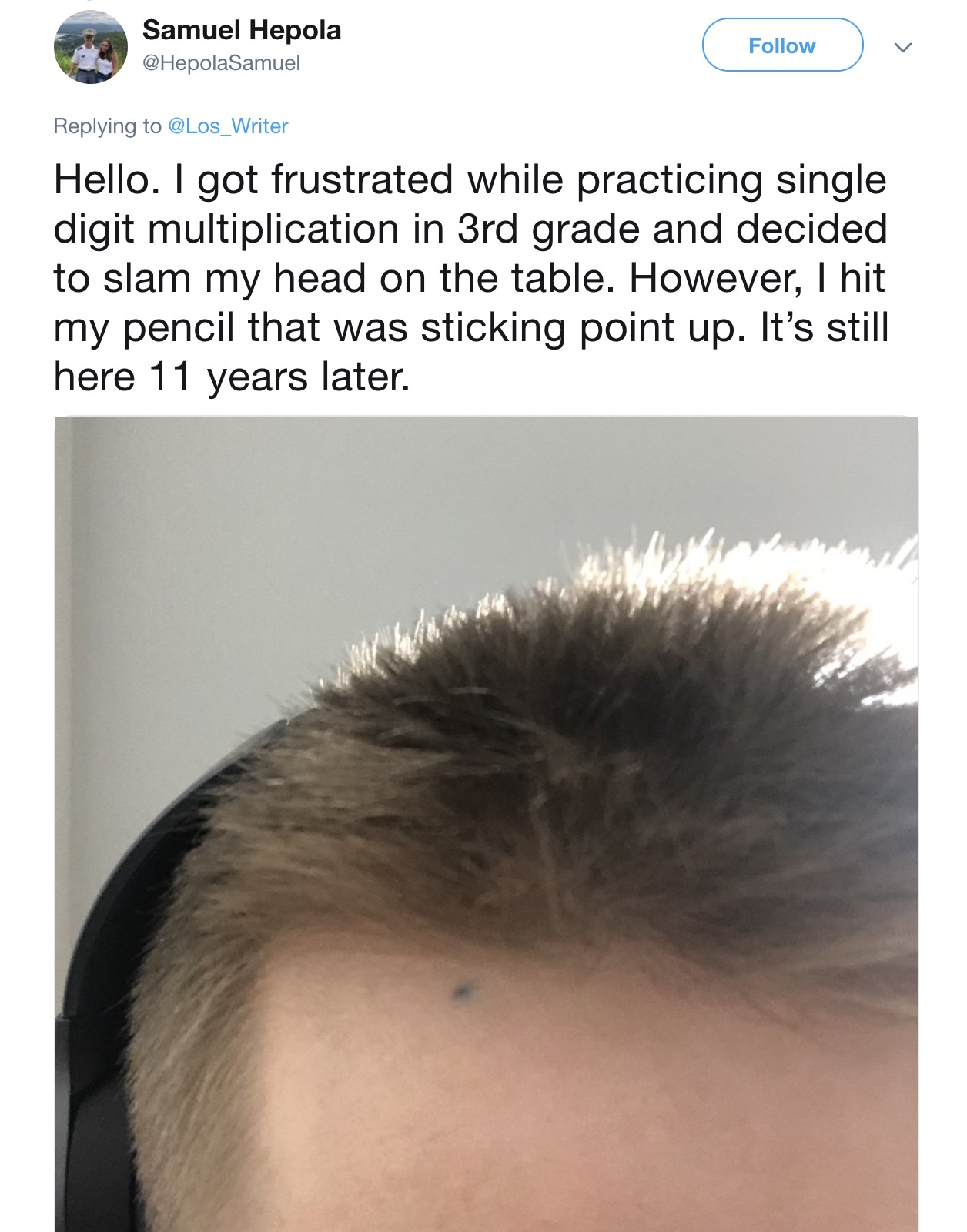 5. You’d think getting stabbed in the head would be memorable. Not for some people! 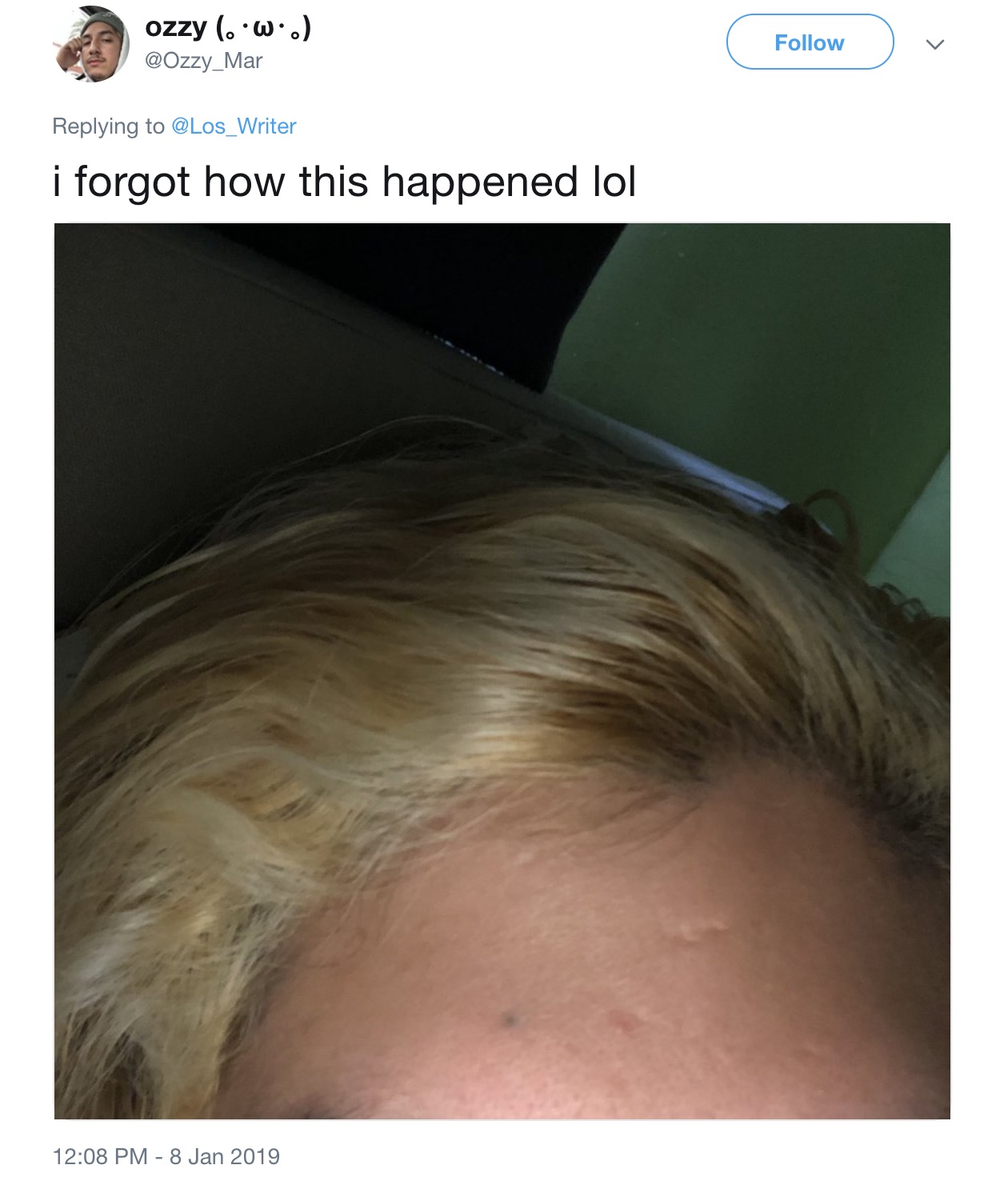 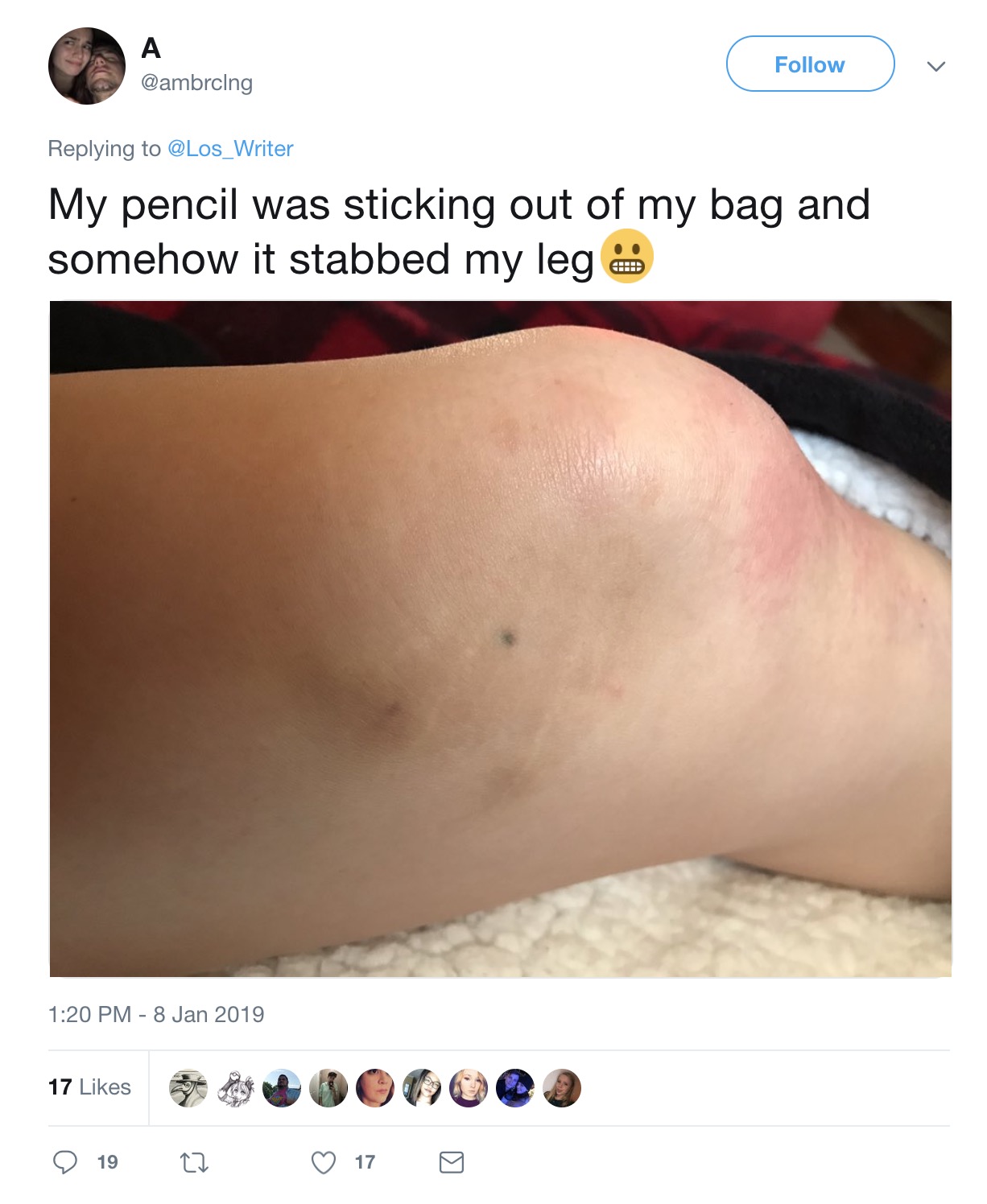 7. Some folks still have graphite under their skin decades later. 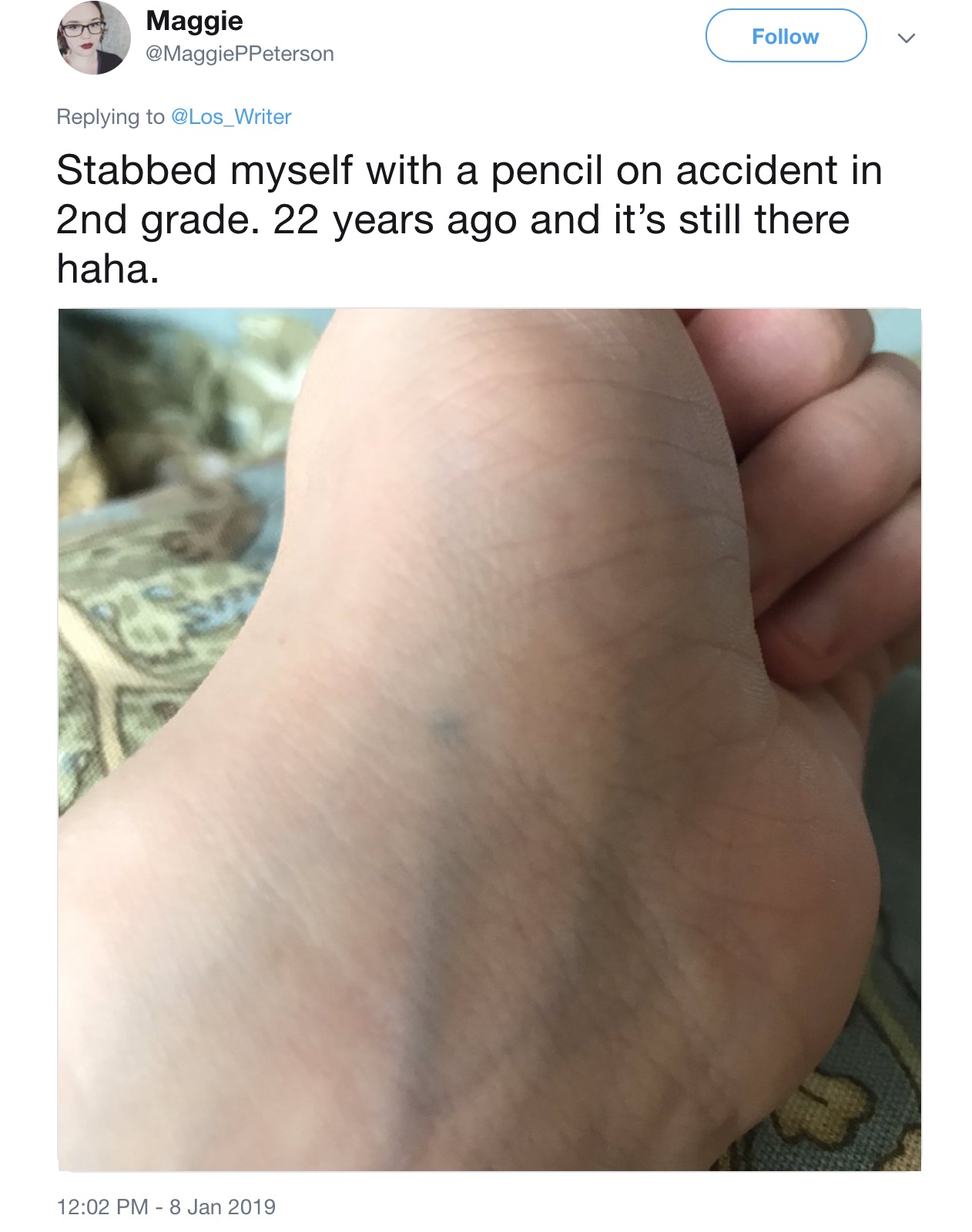 8. This is what they mean when they say “love hurts.” 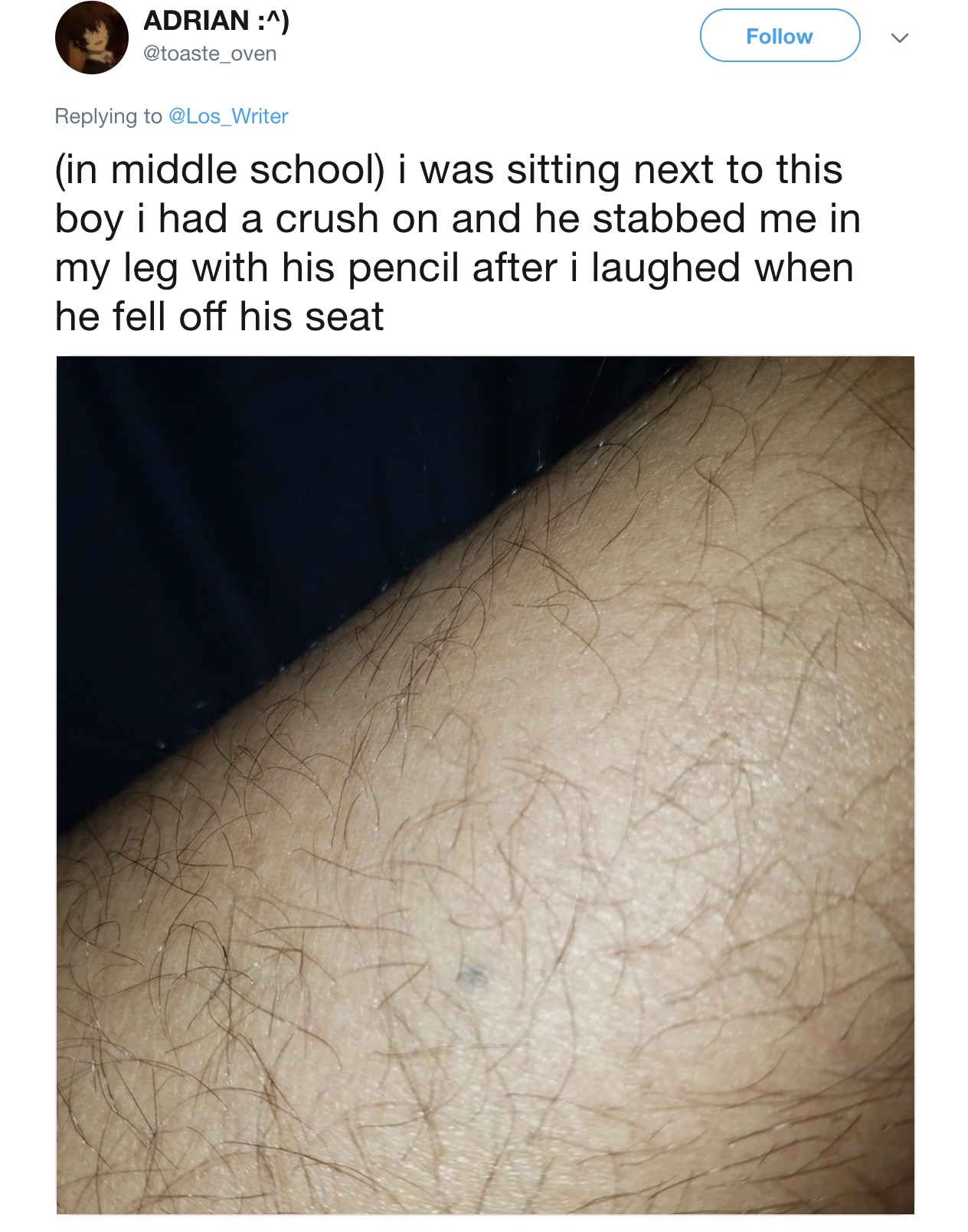 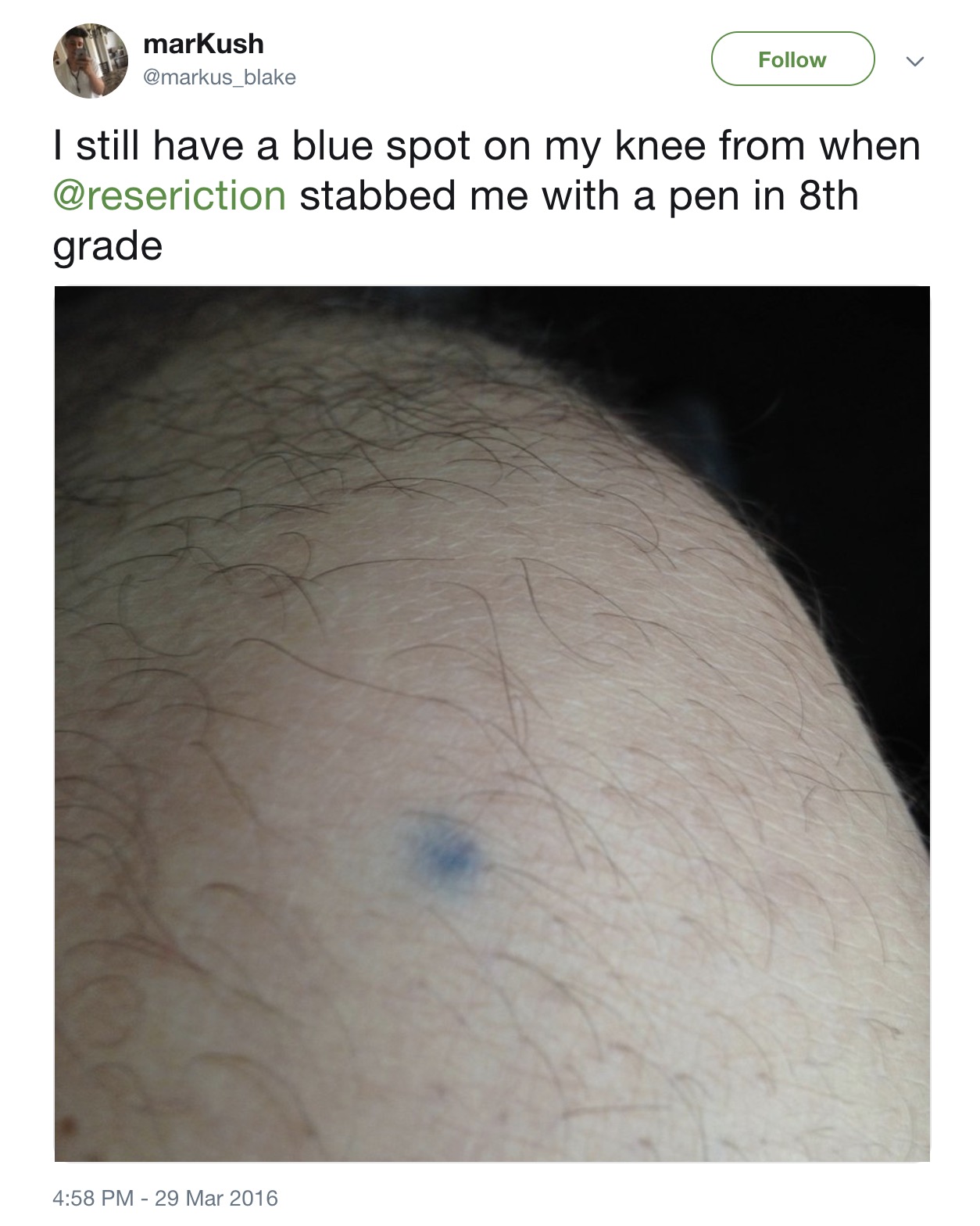 10. How to be the most legendary badass in your entire middle school. 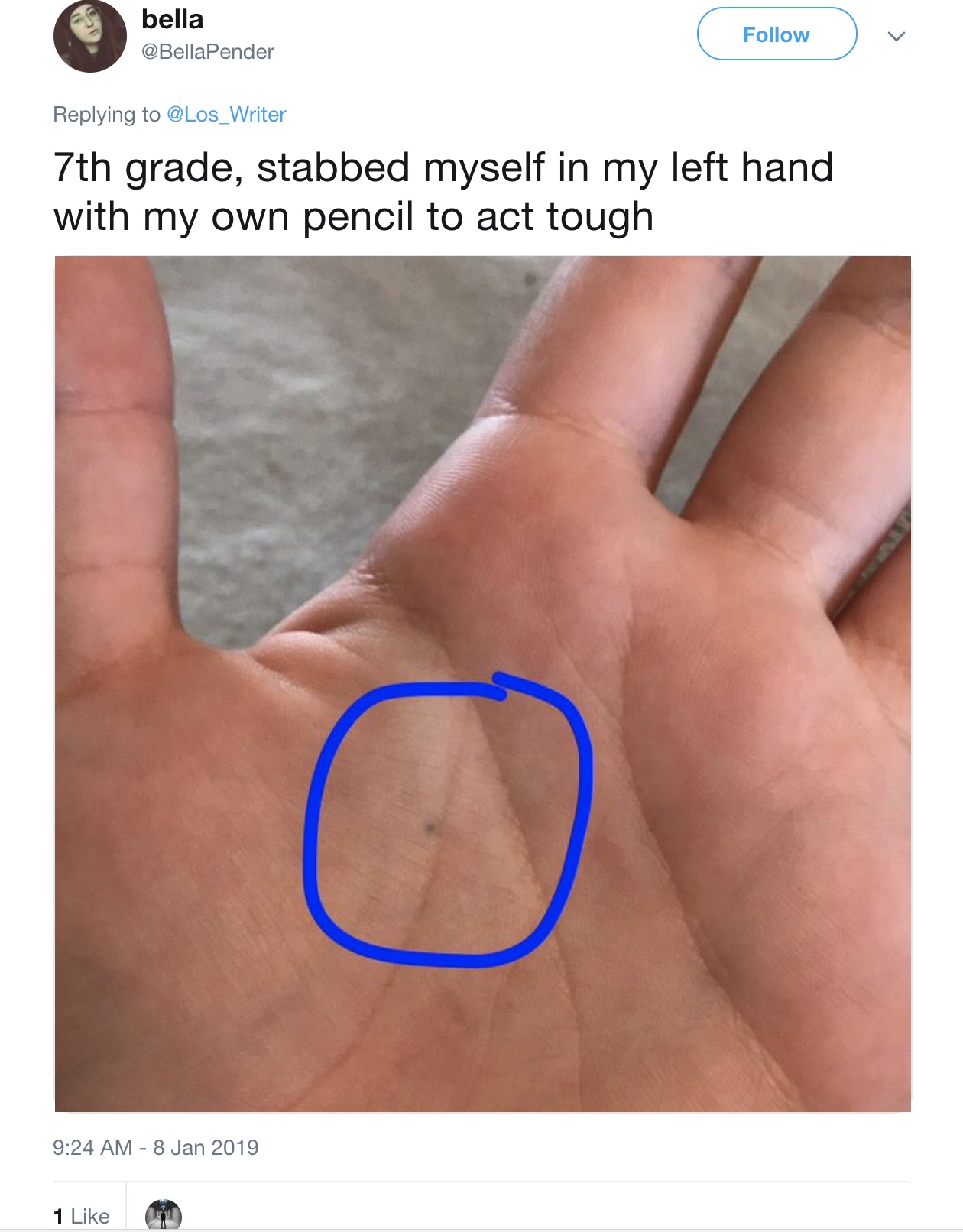 11. What’s worse than accidentally stabbing yourself? Doing it twice. 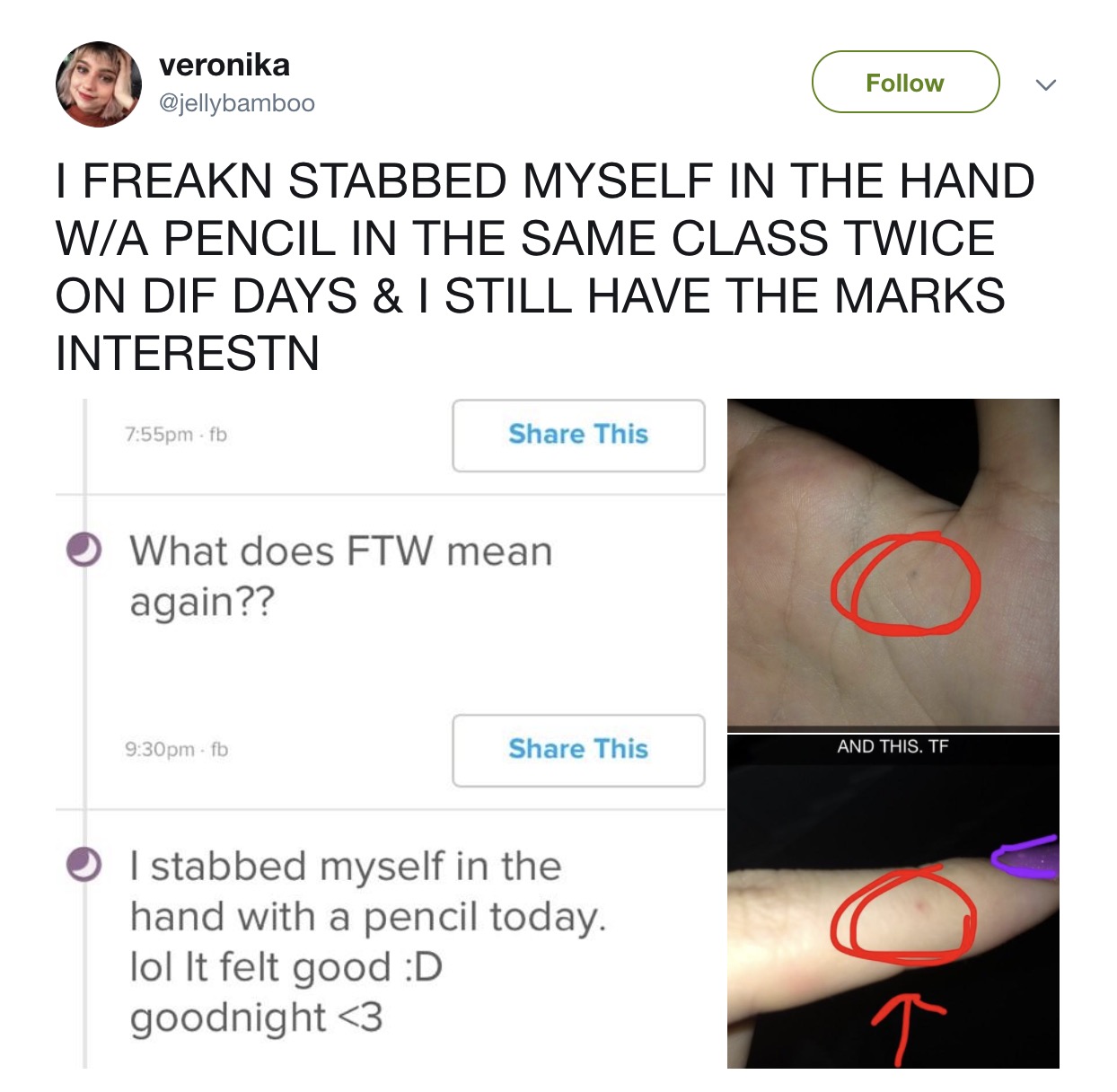 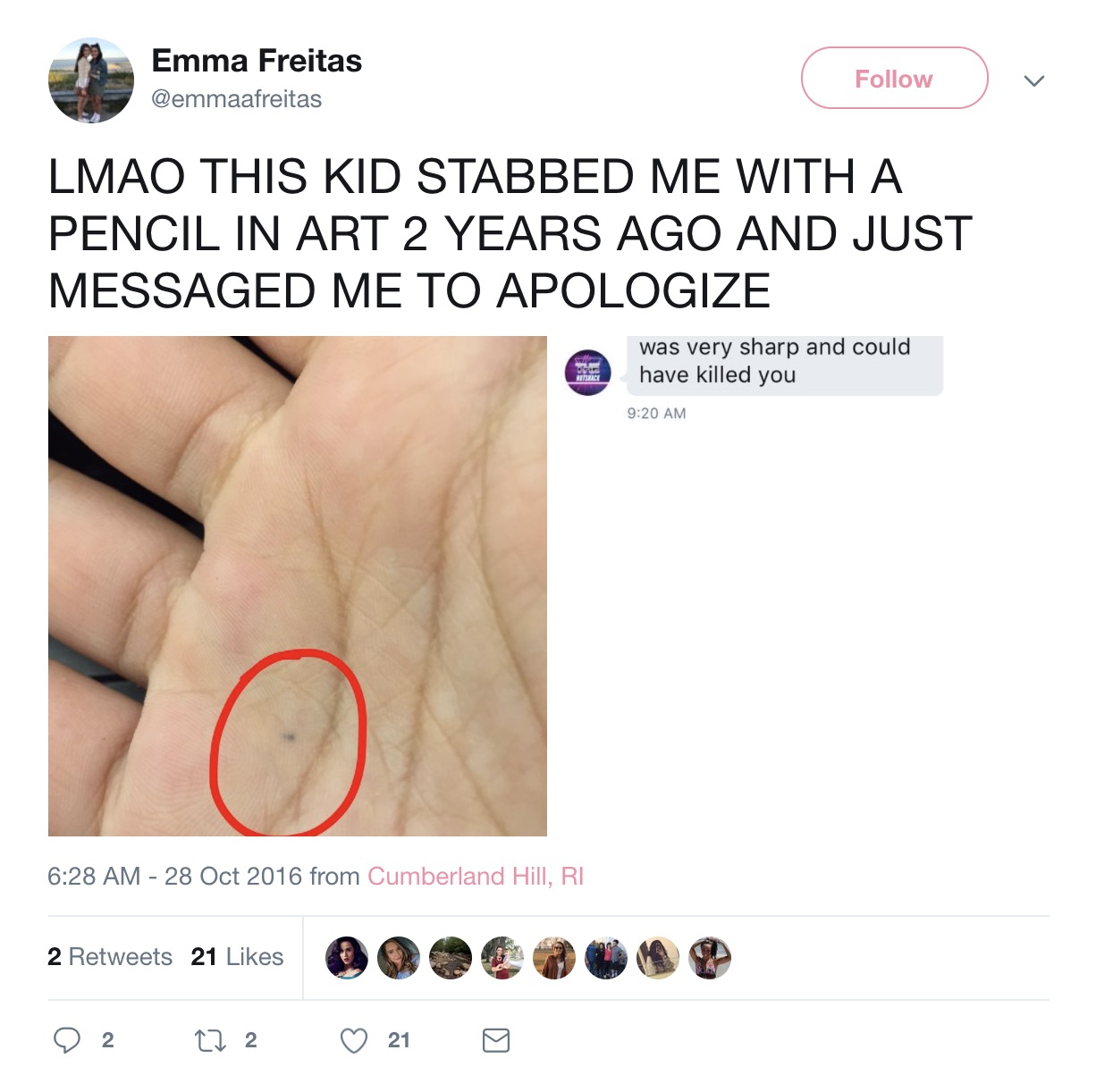 13. You never forget your first tattoo. 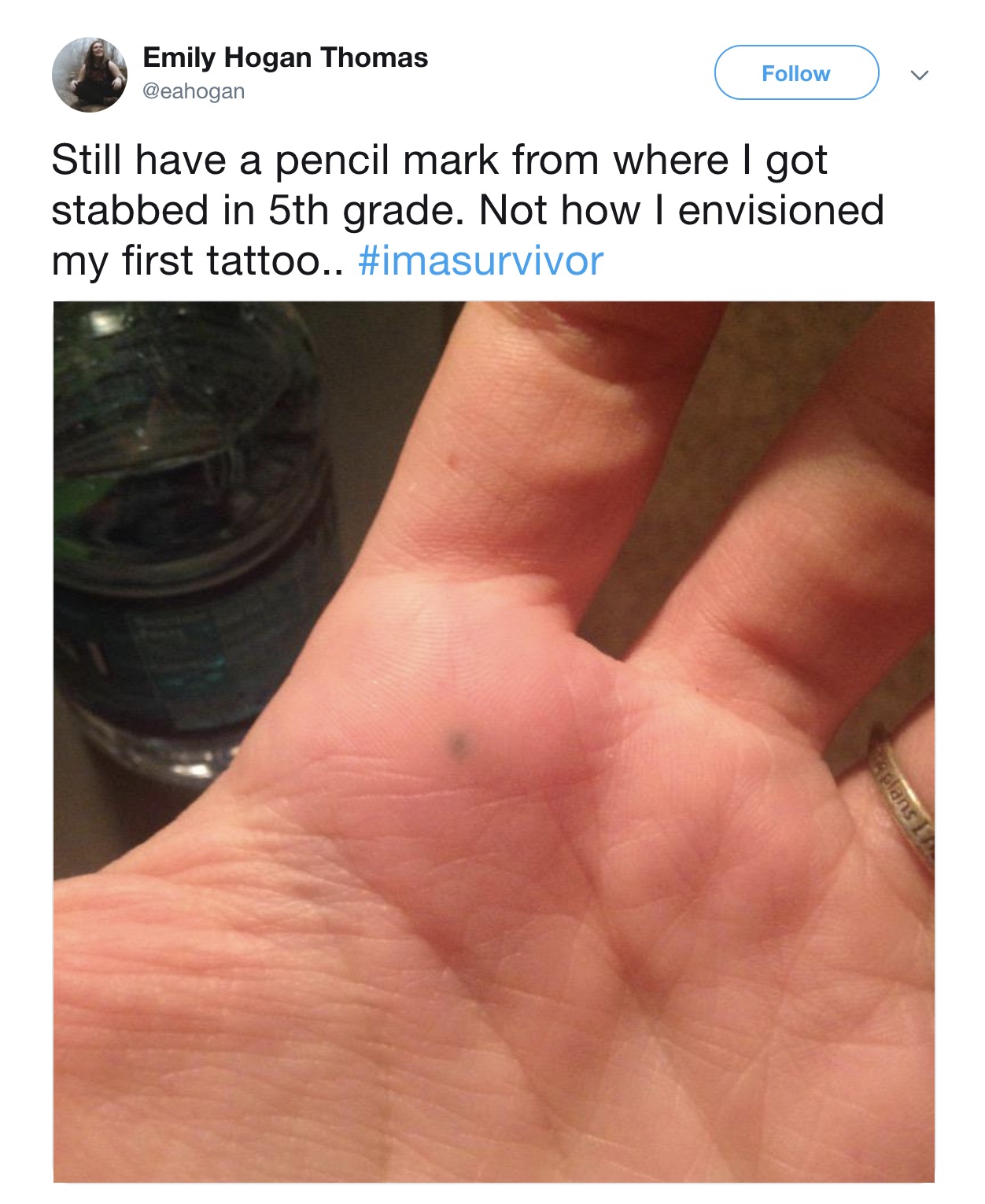 14. A lesson on the importance of choosing the right friends. 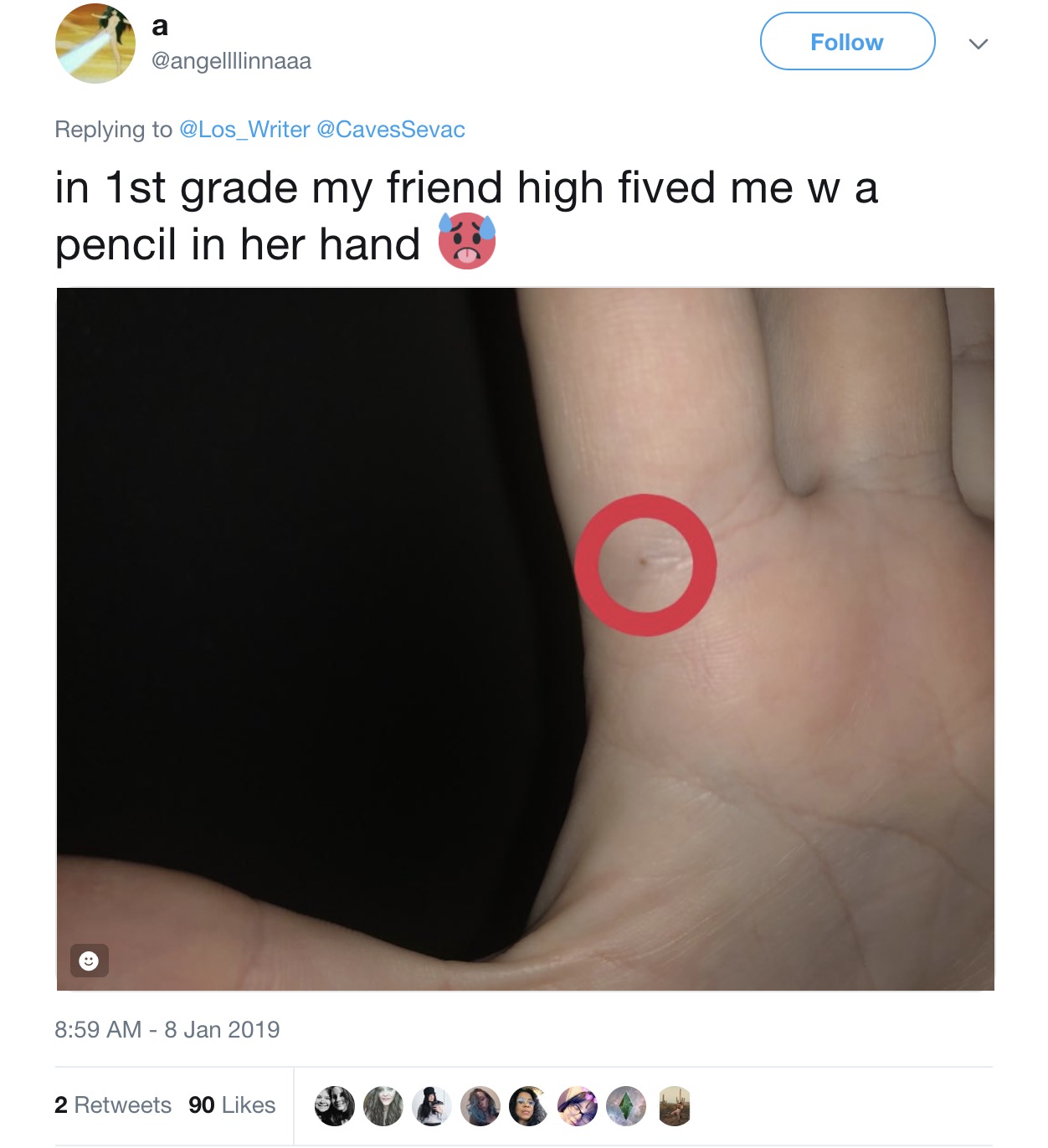 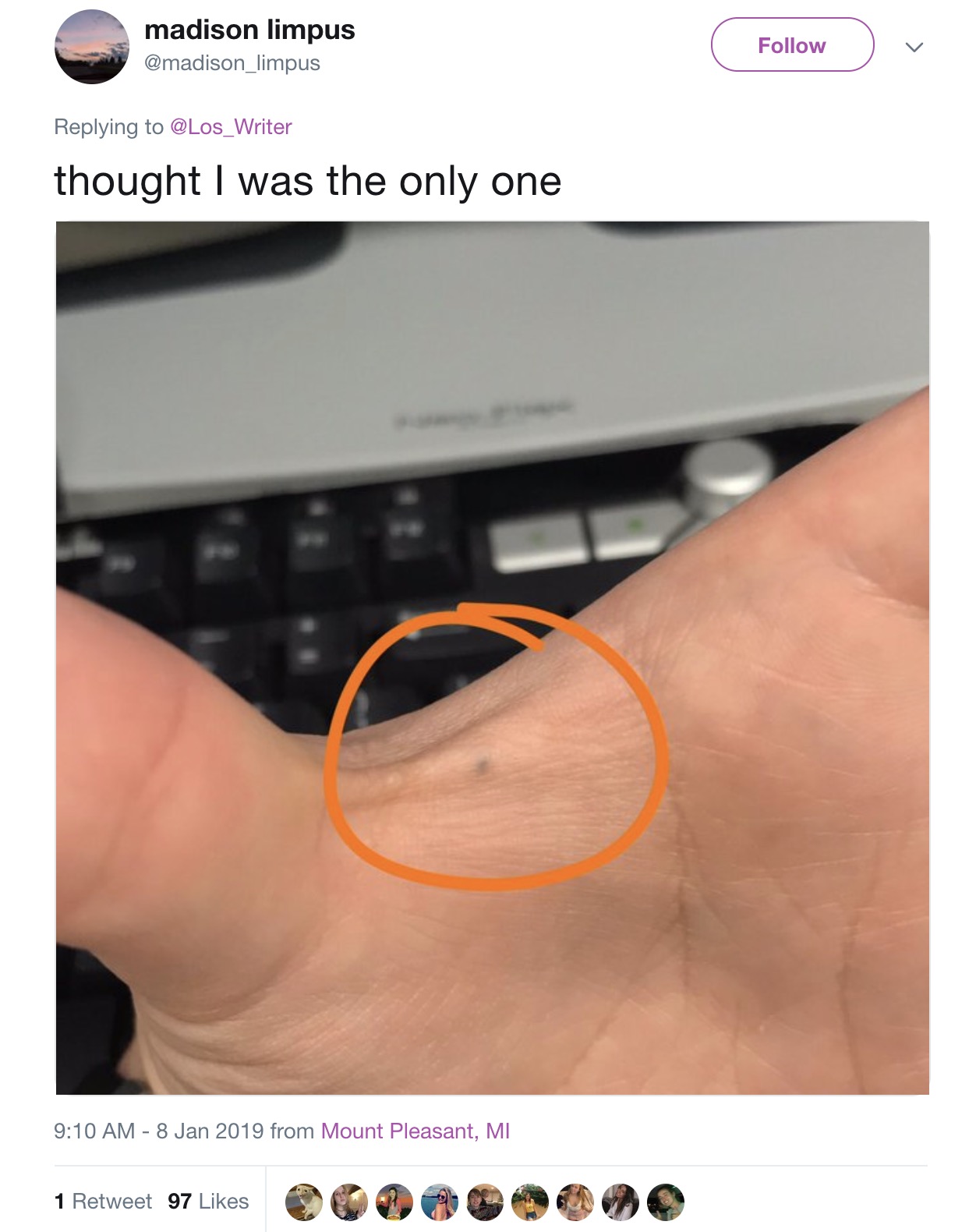