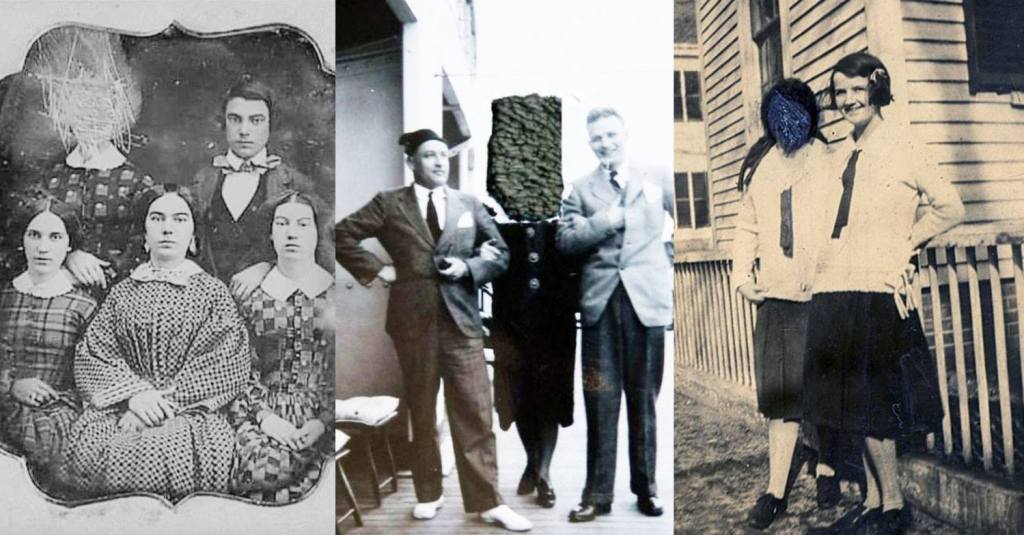 15 People Who Were Brutally Cut Out Of A Photo

Looking at vintage photos can be a great way to imagine what life was like before we were born. But sometimes, it’s what’s not in a photo that’s more interesting than anything that is.

Like when someone was cut out of an old photograph. People sever their connections with each other all the time, for all sorts of reasons. Today, cutting someone out of your life is as easy as hitting “Unfriend” on Facebook. But back in the day, you’d have to physically cut them out of your pictures.

Below is a collection of photos just like that. Some of them have accompanying stories, while others are a mystery–but whatever they did to deserve it must have been pretty bad. 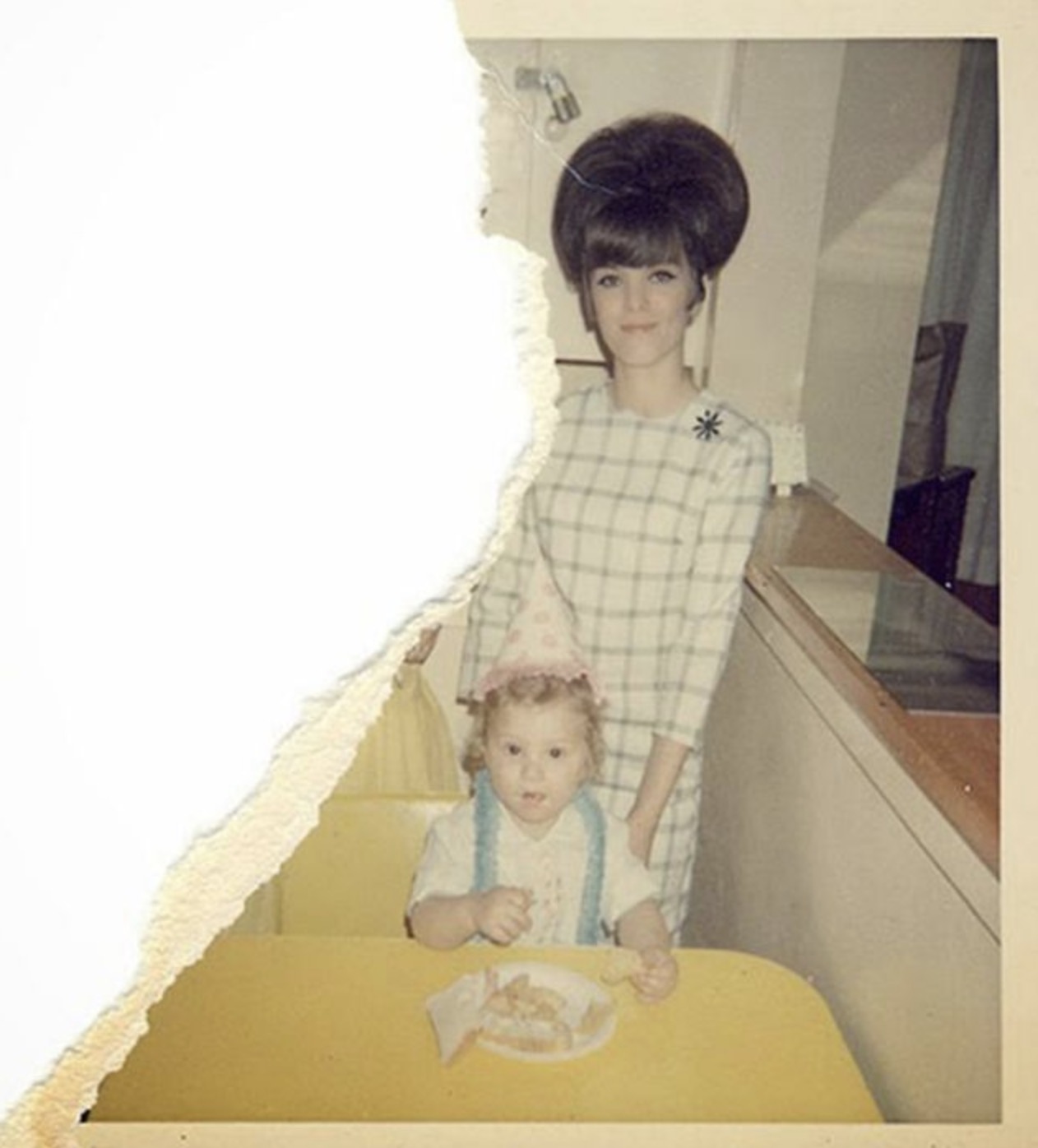 Something tells me Mom and Dad are no longer together. 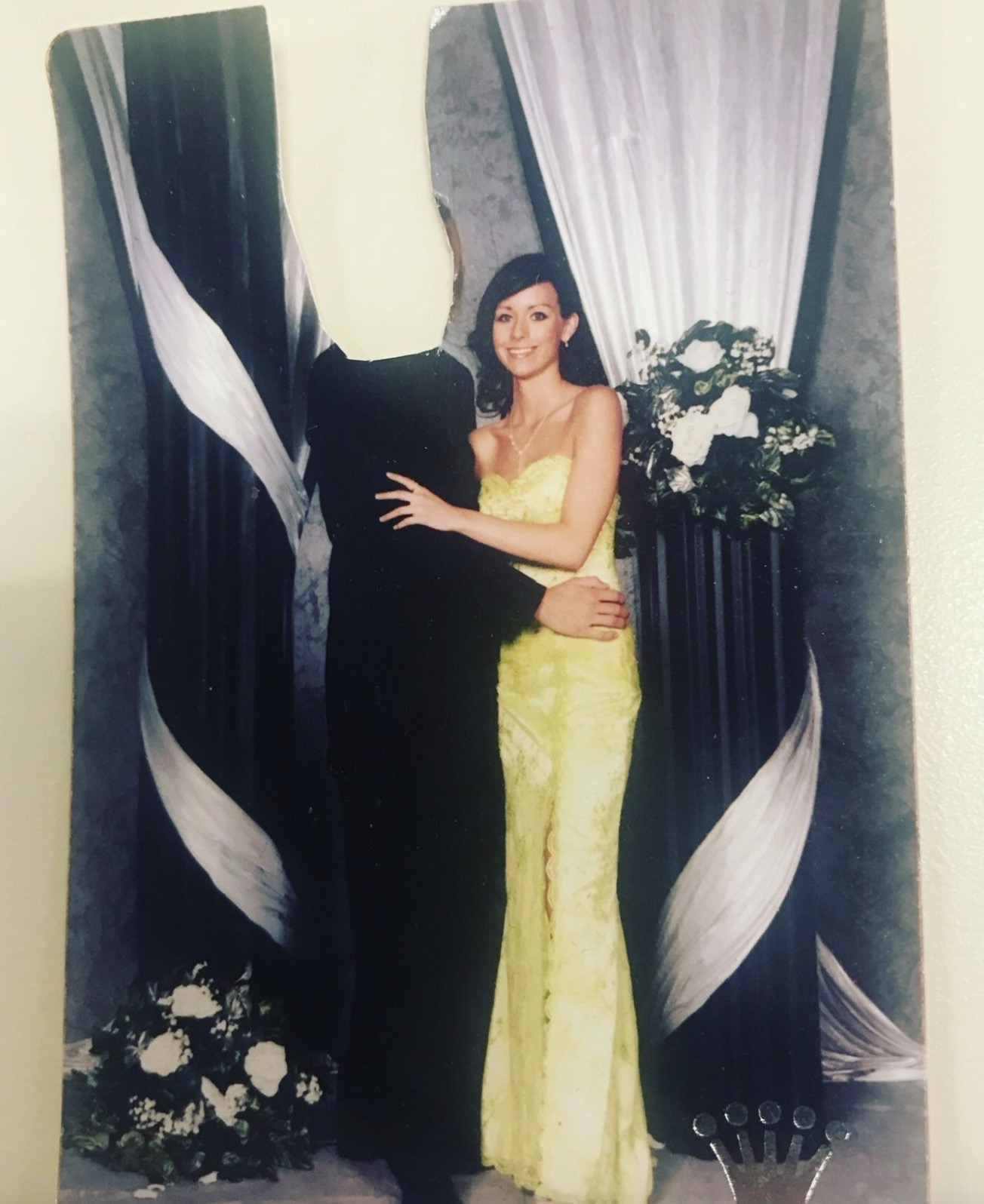 The story: “This was the only picture found in my grandmothers wallet after she passed away. It’s my senior prom photo but at some point she cut off my ex boyfriend’s head and still carried it around. This was the laugh my family needed.”

3. Down By The Seashore 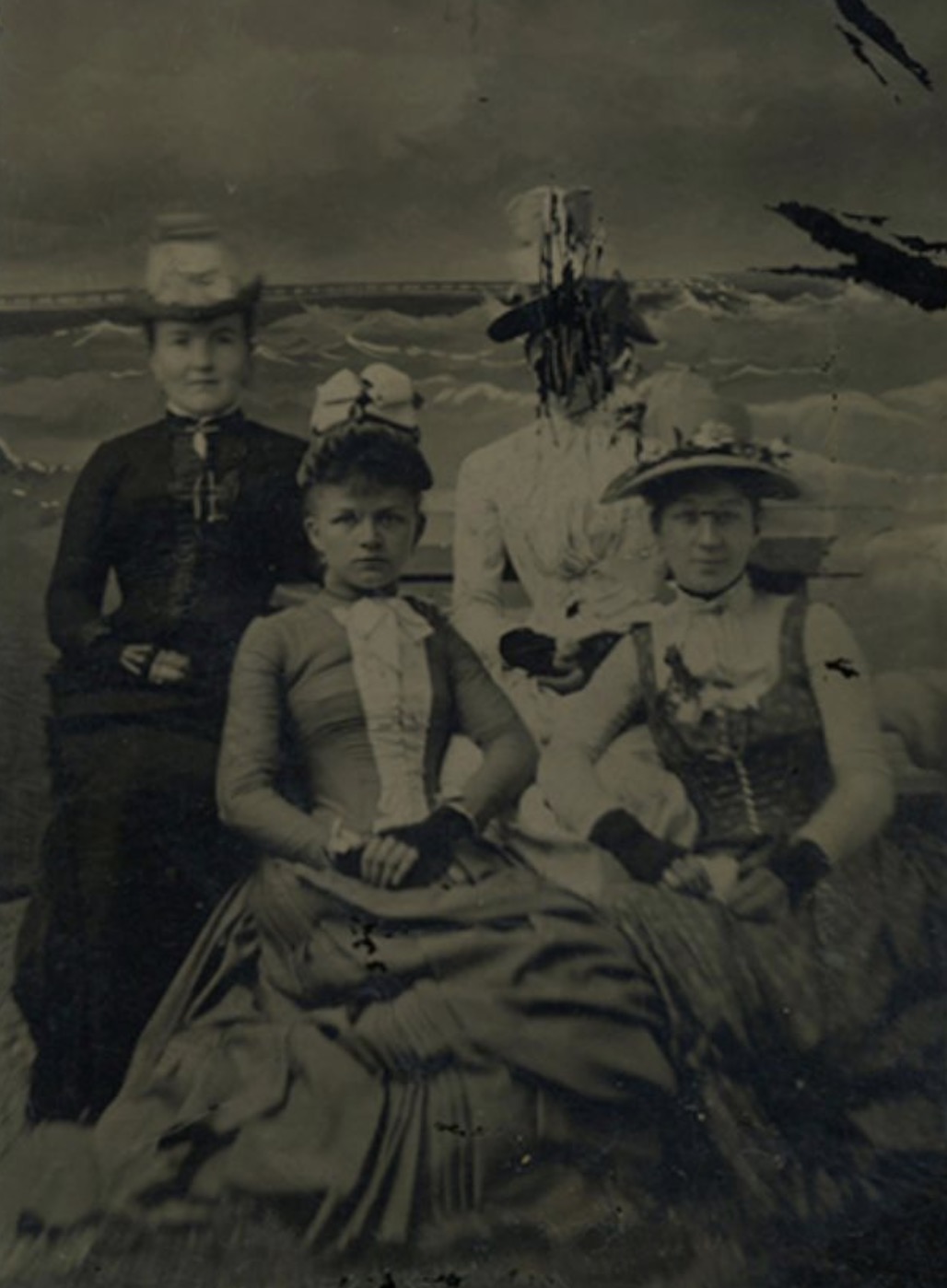 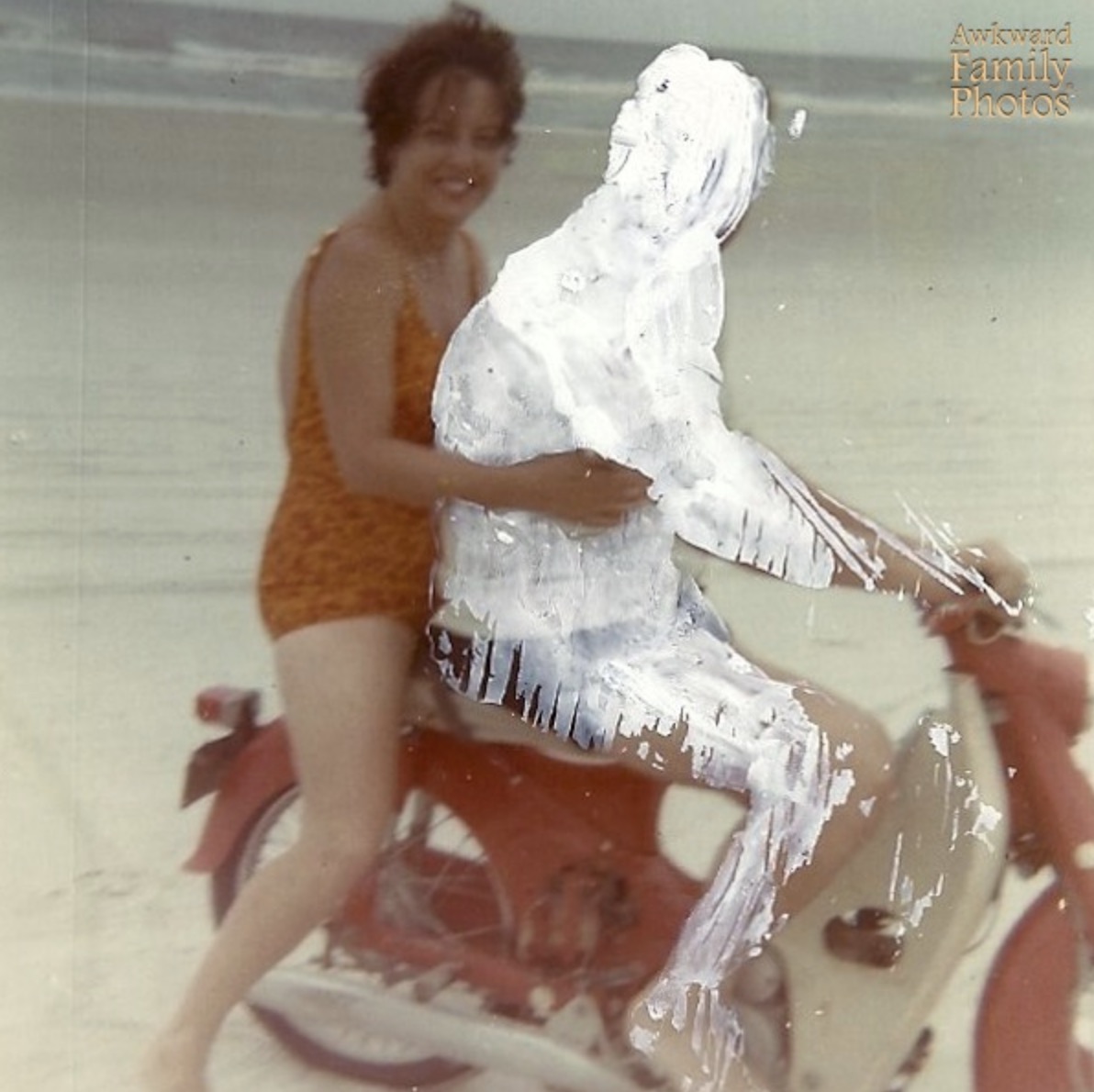 The story: “When my father got remarried after my parent’s divorce, my mother went through the family albums and cut him out of all of the family photos. Using scissors to behead him became too labor intensive, so she switched to white-out. This one is a photo of my mother and my father on a scooter.” 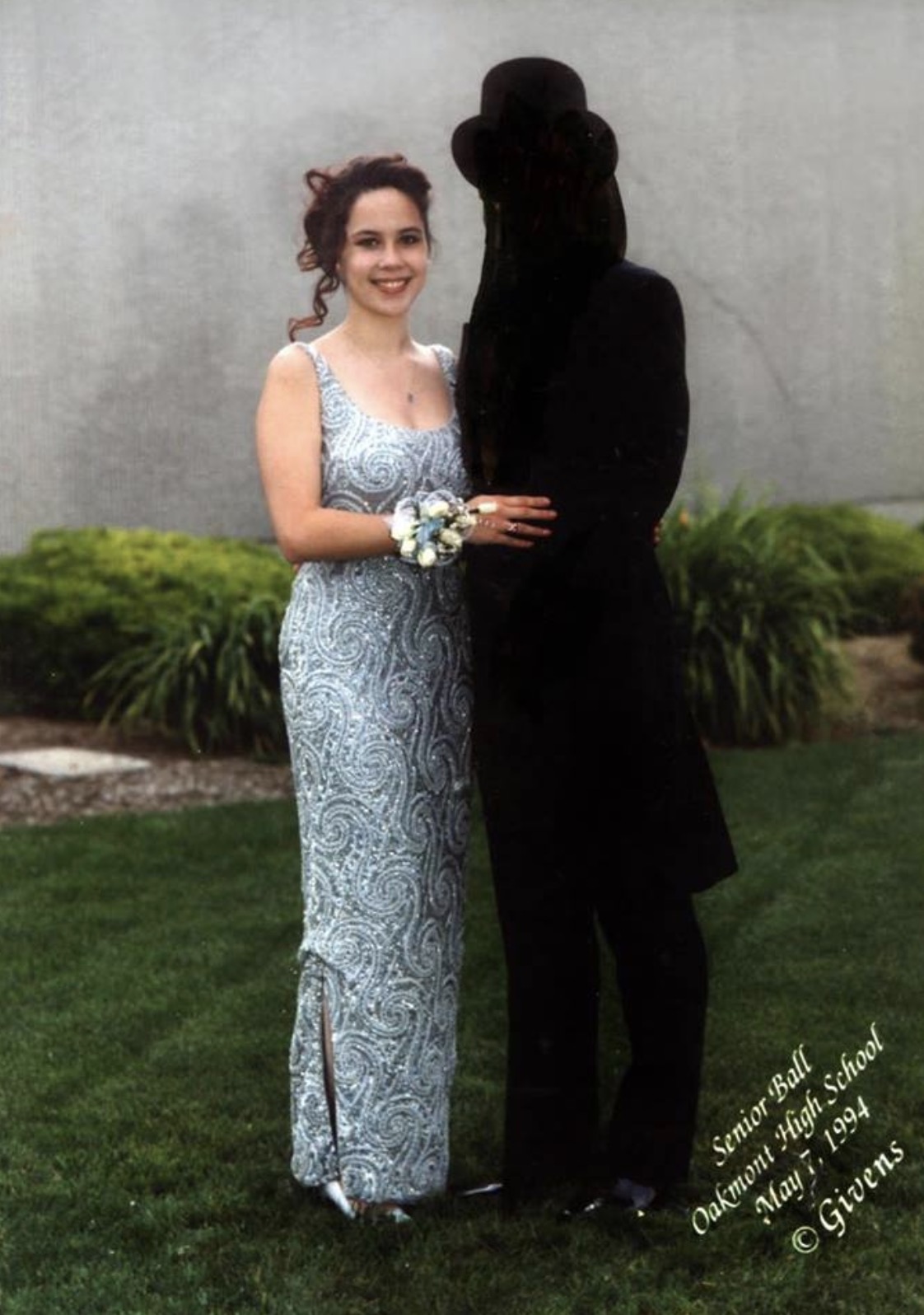 The story: “This is my prom picture. I found this version at my grandma’s years later. If anyone in the family had broken up with a significant other (or if she just didn’t like said significant other), she had a Sharpie ready to joyfully remove the offending partner. Grandma rocked.” 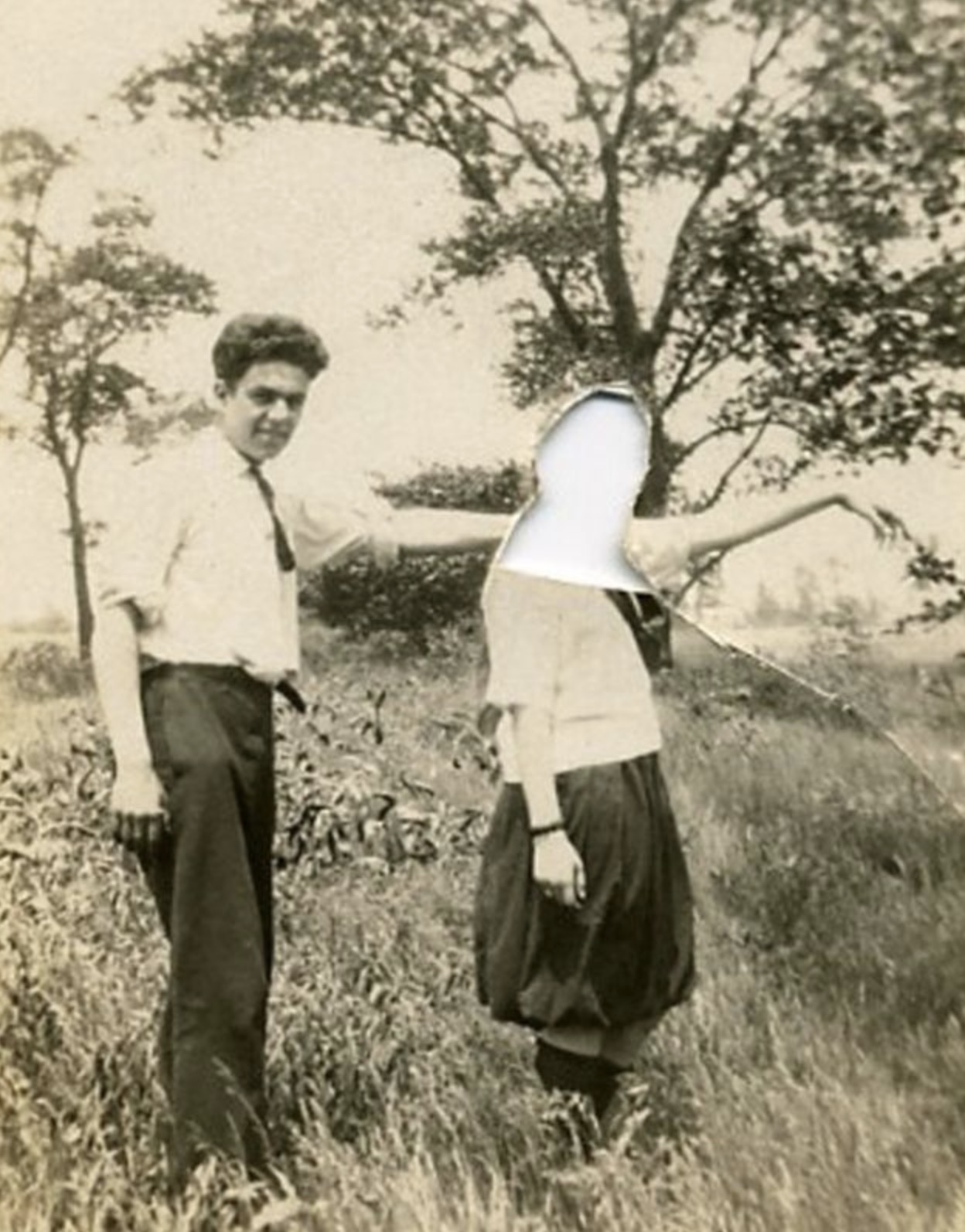 This is the saddest conga line you have ever seen. 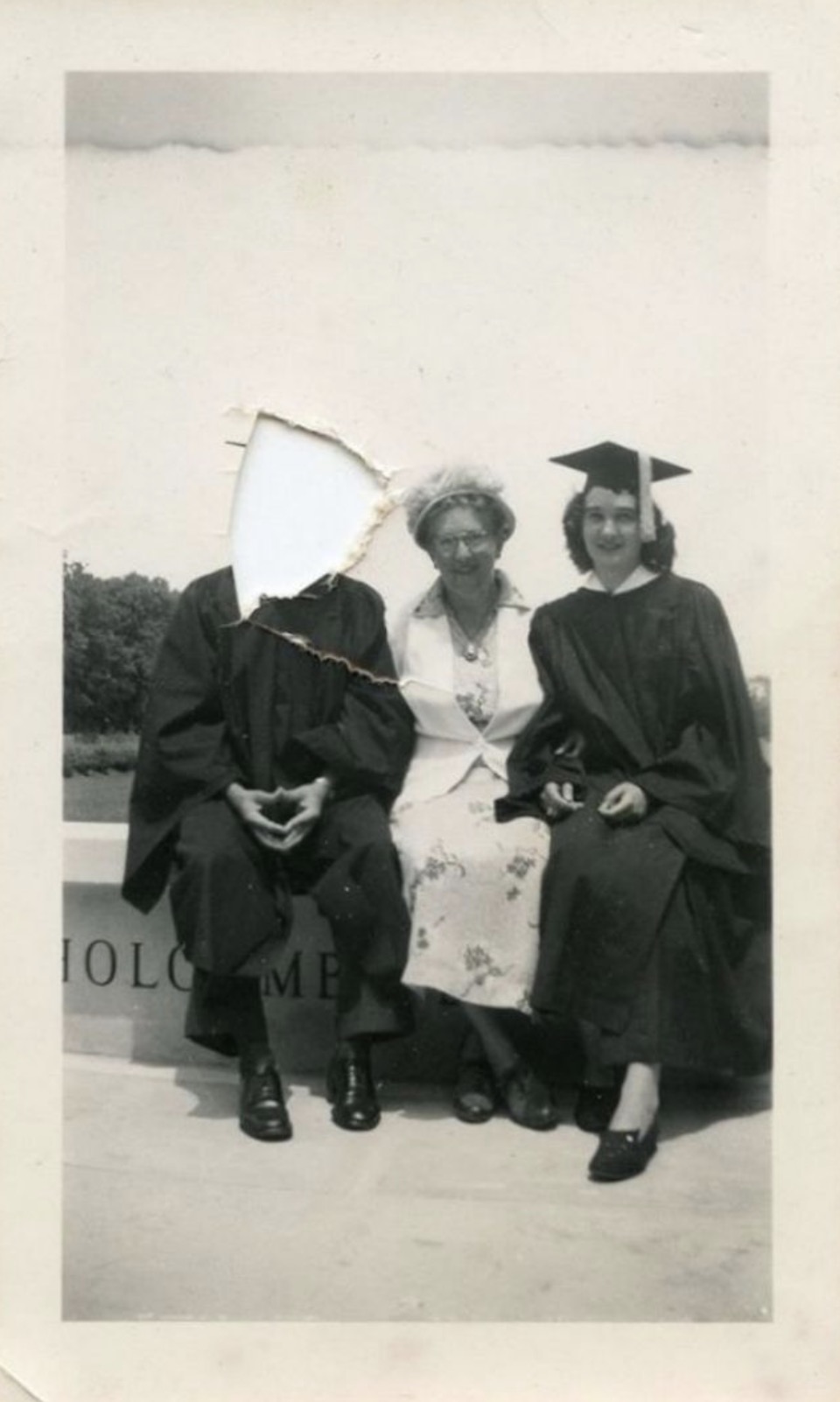 They realized they didn’t have anything in common besides an interest in 12th century Turkish poetry. 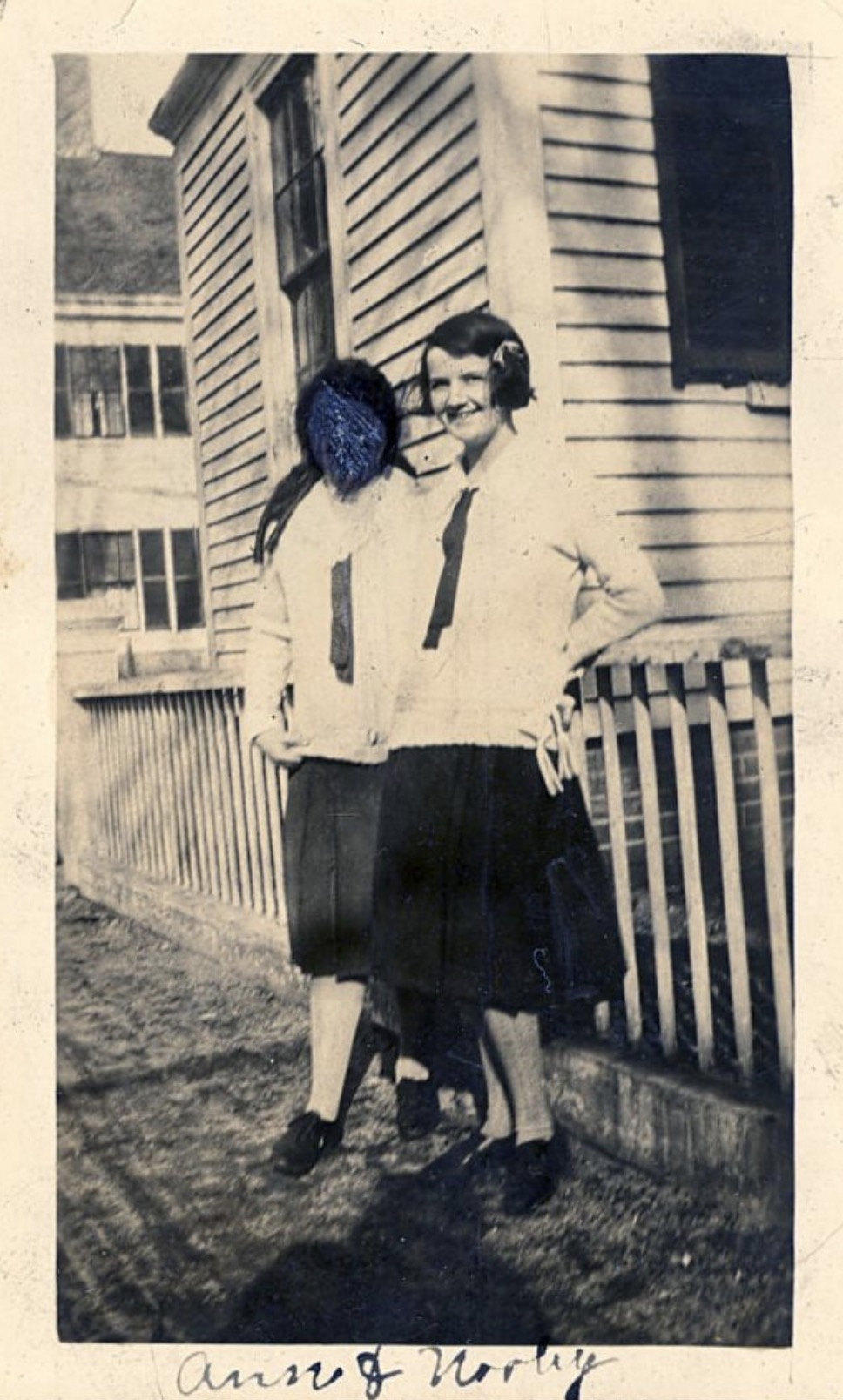 Ann copied Mary’s outfit one too many times.

Also, I don’t really think the woman on the right’s name is Mary, I just have no idea what the hell that says. “Norty”? What do you think?

9. And Then There Was Irvin 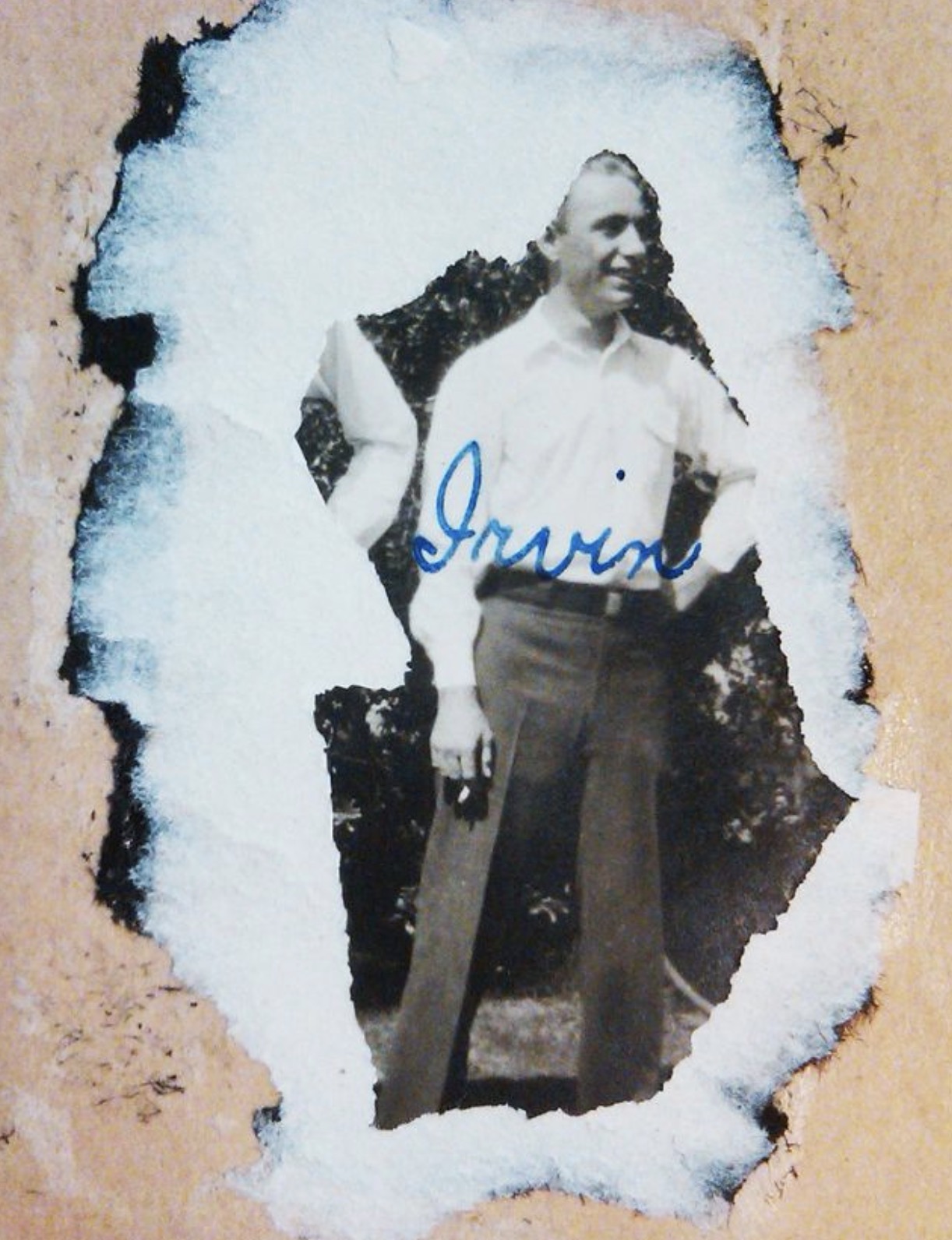 He could’ve just taken a new photo, but Irvin looked GREAT in those slacks. 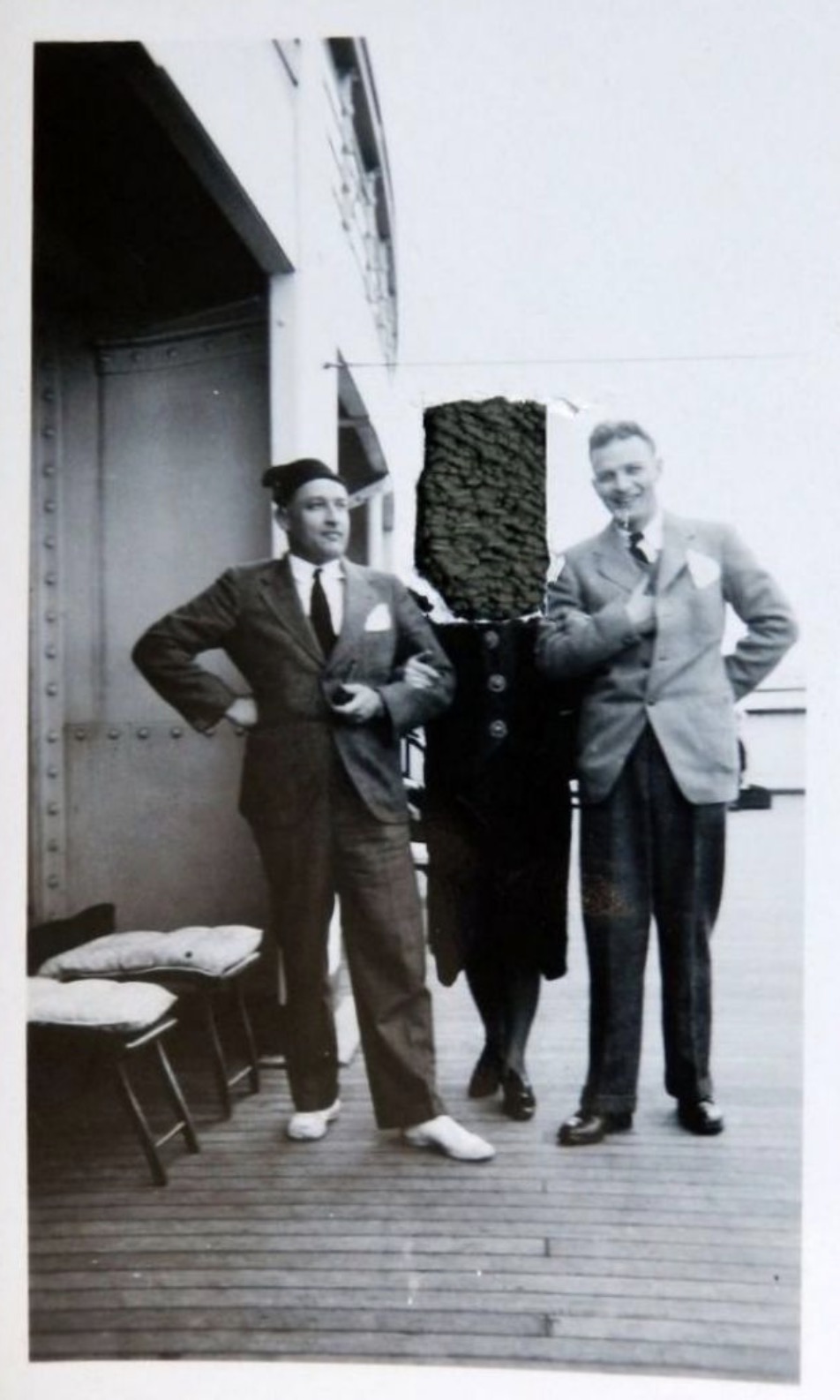 This is the first couple who ever tried to save their relationship by opening it up to a third person. Clearly it worked! 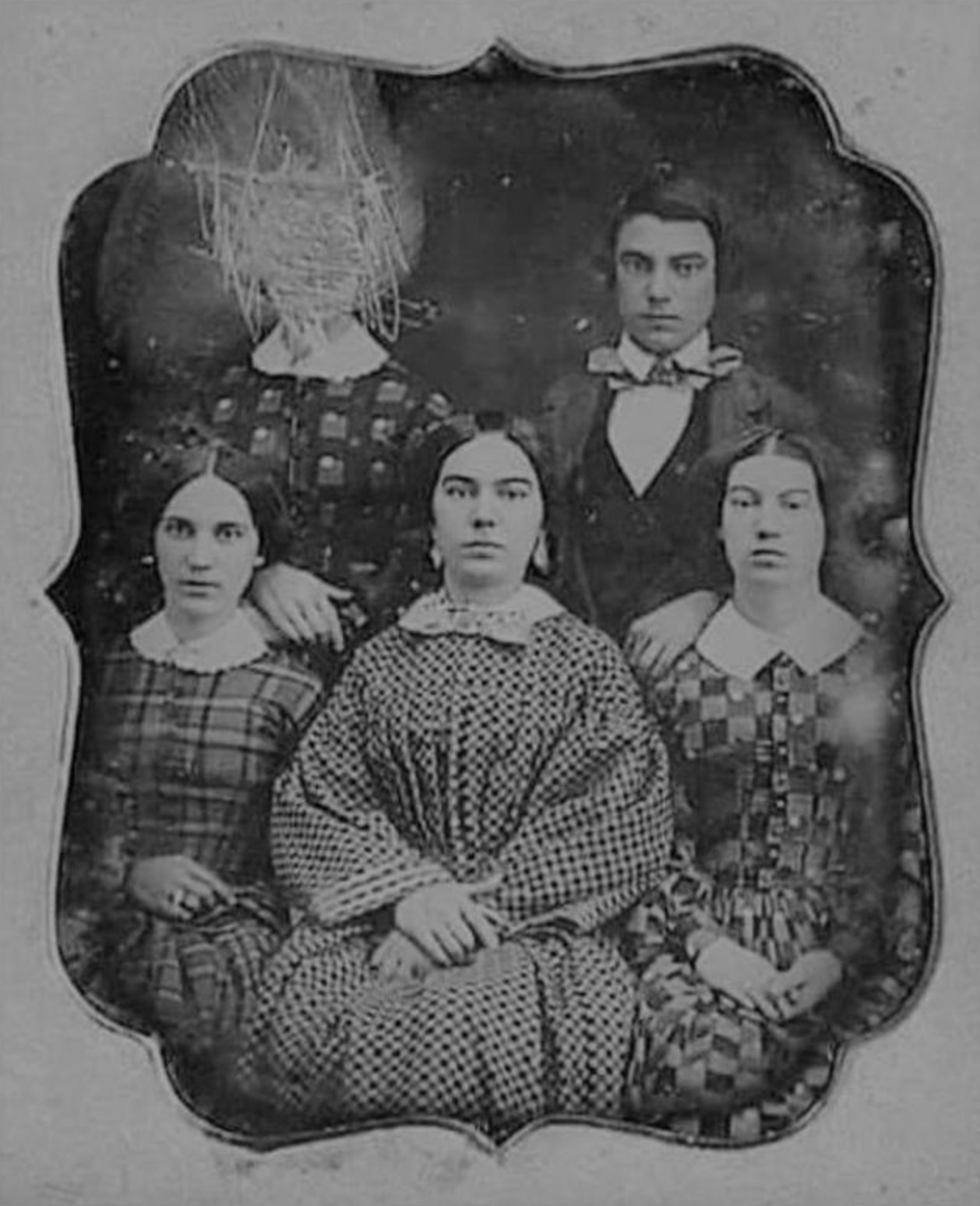 Defacing this photo must have taken some work. You can almost hear them saying, “Why. Won’t. Someone. Invent. Photoshop. Already?!” 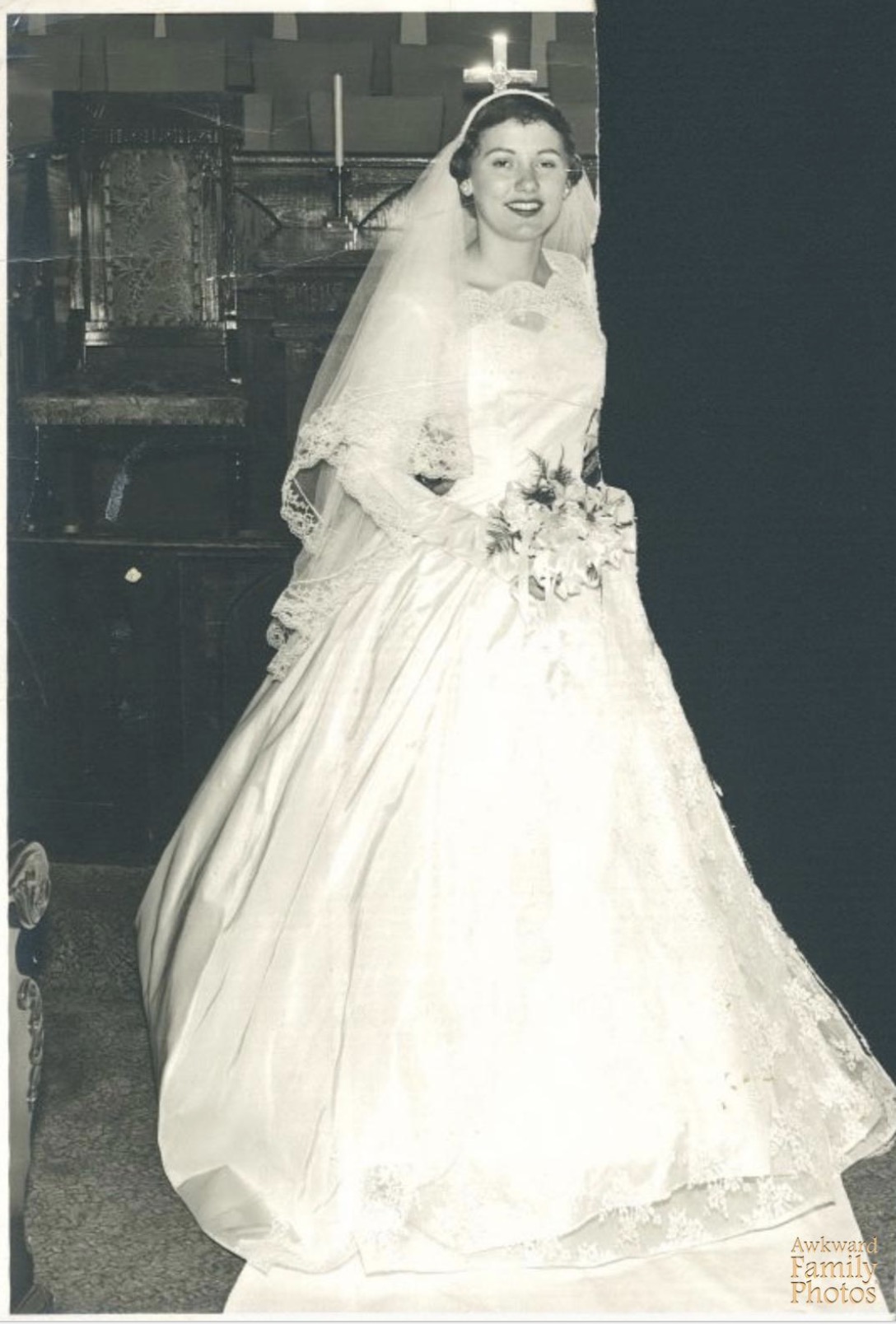 The story: “Our mom’s first marriage didn’t end well, so my grandmother altered the wedding photo shortly after the dissolution. Both our grandma and mom have since passed away but this is a good example of our family’s no-nonsense approach when encountering difficulties in life. Cut it out and move on.” 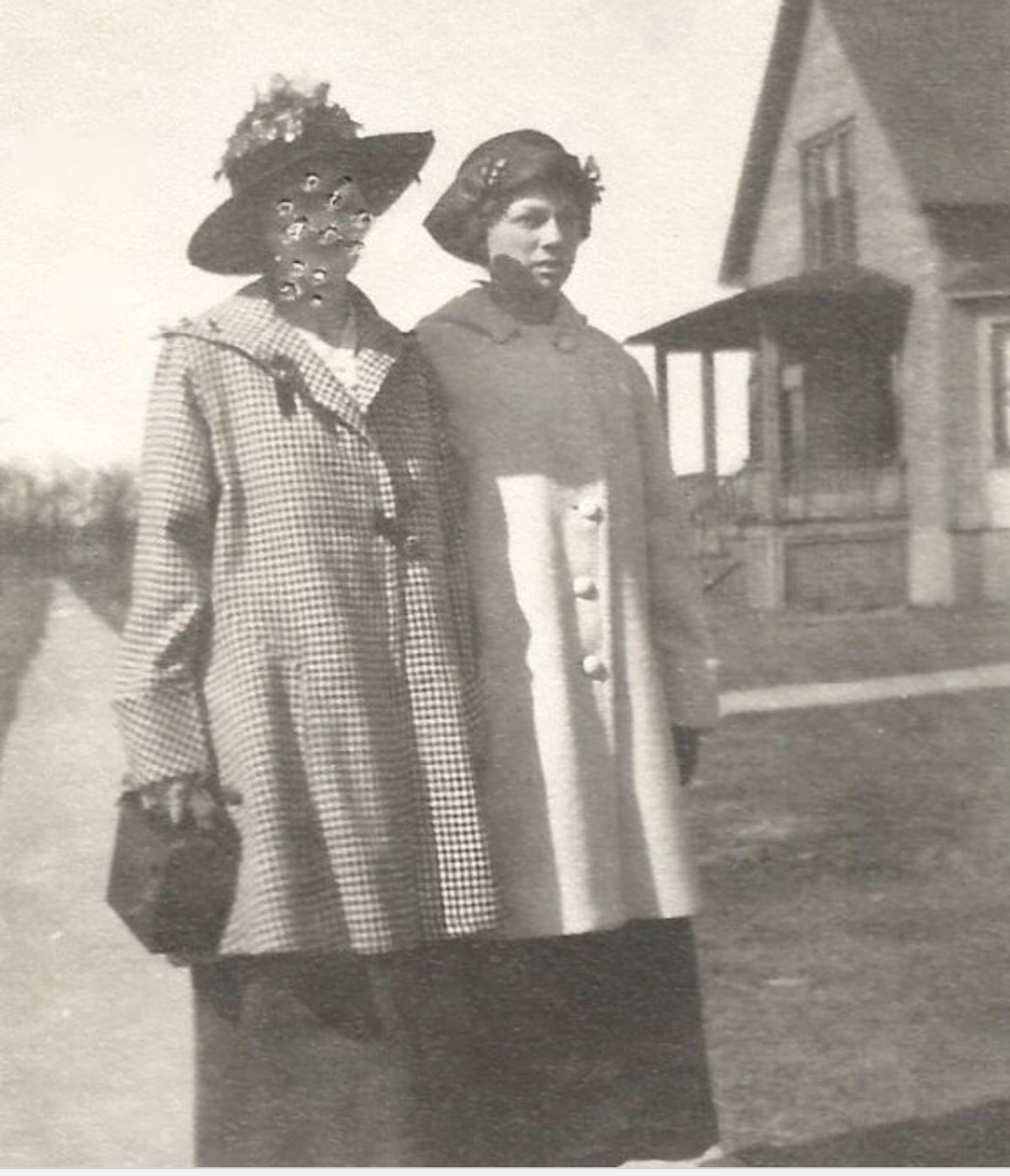 Things went downhill when Maude never paid Alice back that nickel, which in those days was worth $10,000.

This cutout was probably used for a locket. We hope. 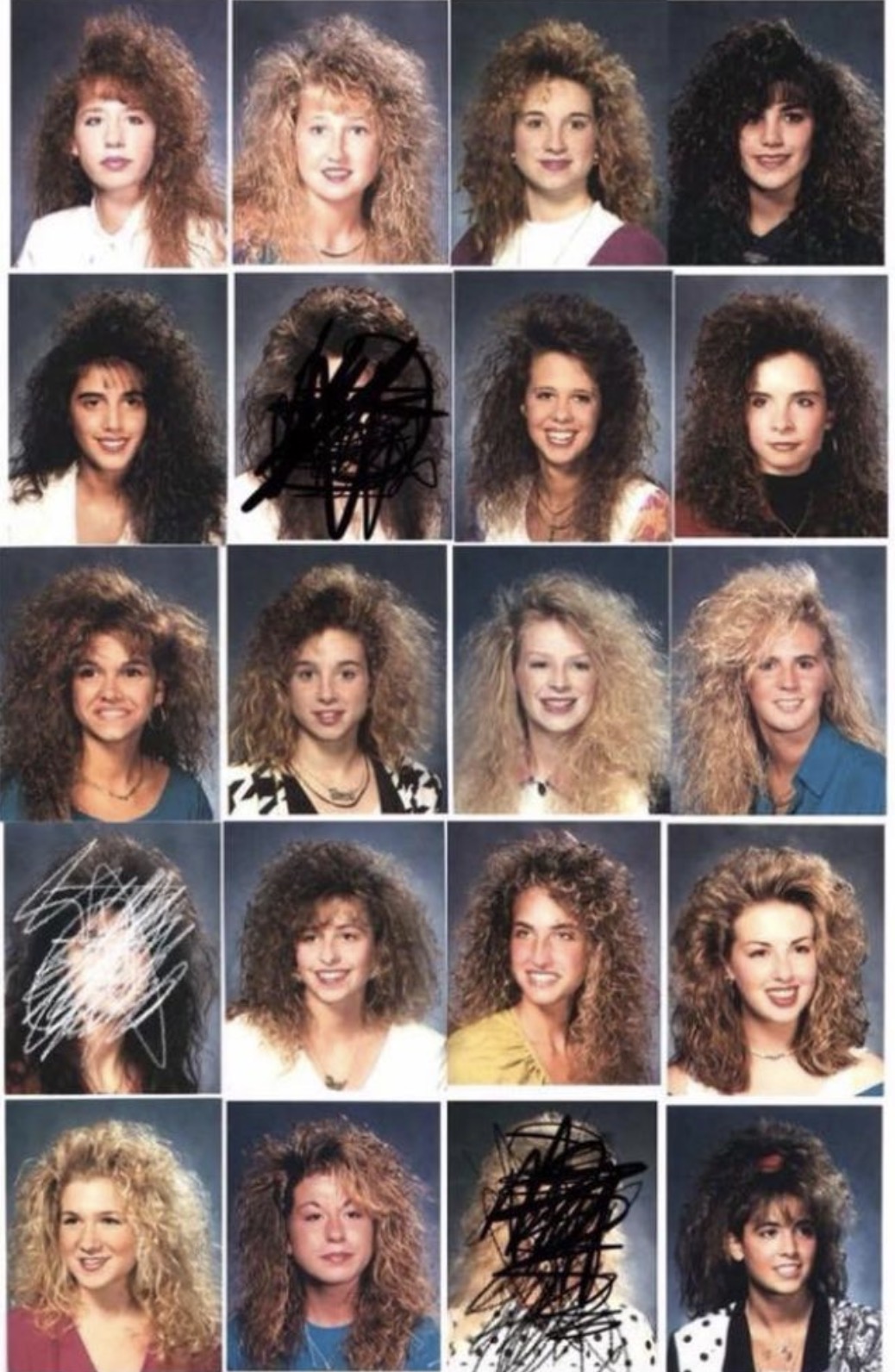 Best friends forever, or at least until until Stephanie made out with Becky’s boyfriend out by the smoking tree.