All of us have probably fantasized about quitting our jobs, and some of us have probably imagined making a grand final gesture while doing it. What better way to tell your boss and coworkers how you really feel about them than by smearing “THIS COMPANY SUCKS” in dog feces all over the break room? There isn’t one.

Well, if you’re about to leave your job and you’re looking for inspiration, check out the handiwork of this anonymous ex-banker from Sao Paolo, Brazil. His last day was suitably epic–or, if not epic, at least harmlessly attention-grabbing. He showed up to work dressed like Spider-Man. 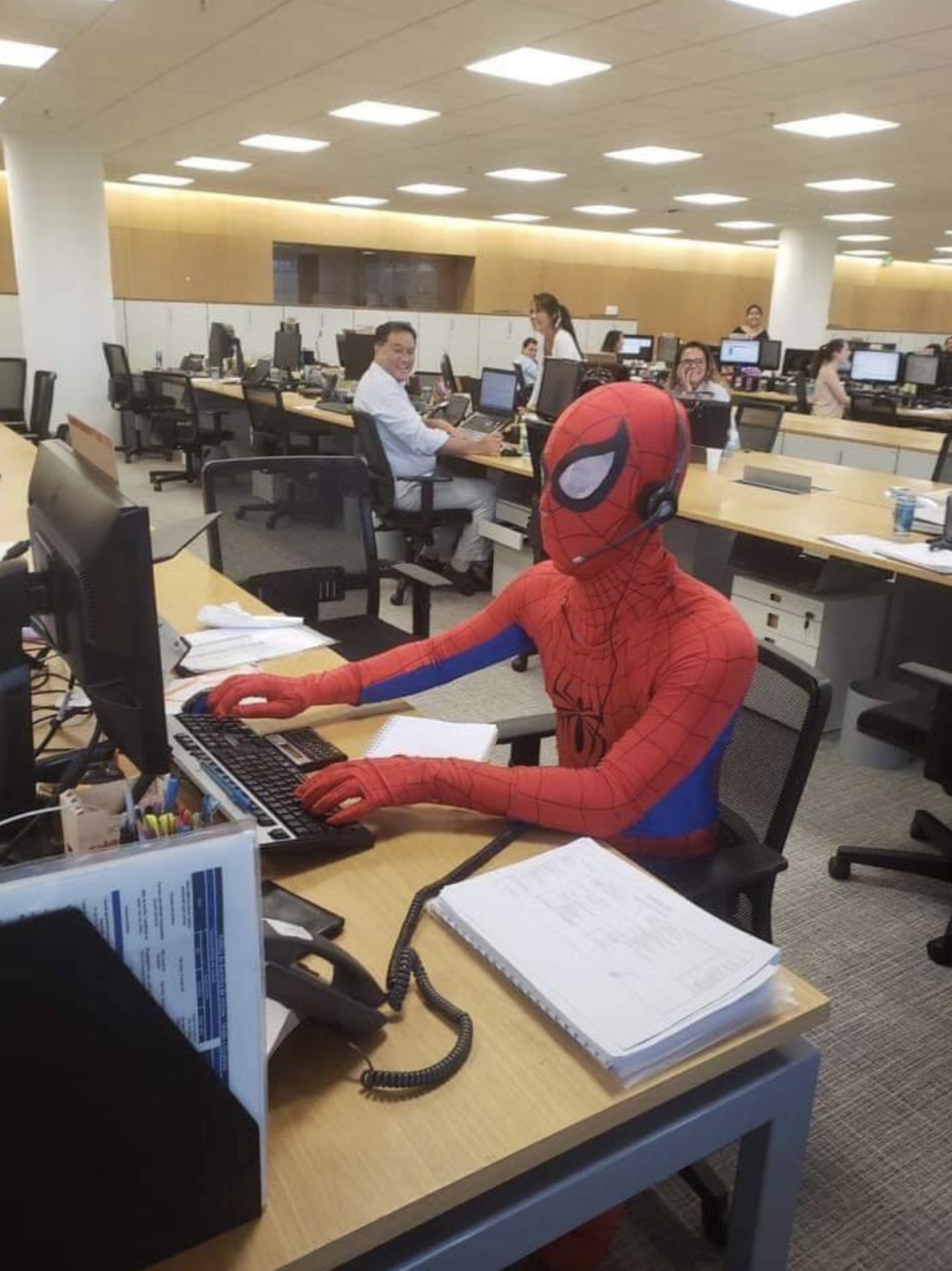 Like any decent superhero, the former bank employee has kept his true identity a secret. One of Fake Spider-Man’s fellow employees, ksguile took the photos and posted them to Imgur. In the photos, the now-former banker seems to enjoy hamming up for his coworkers, who themselves seem amused by the whole spectacle. 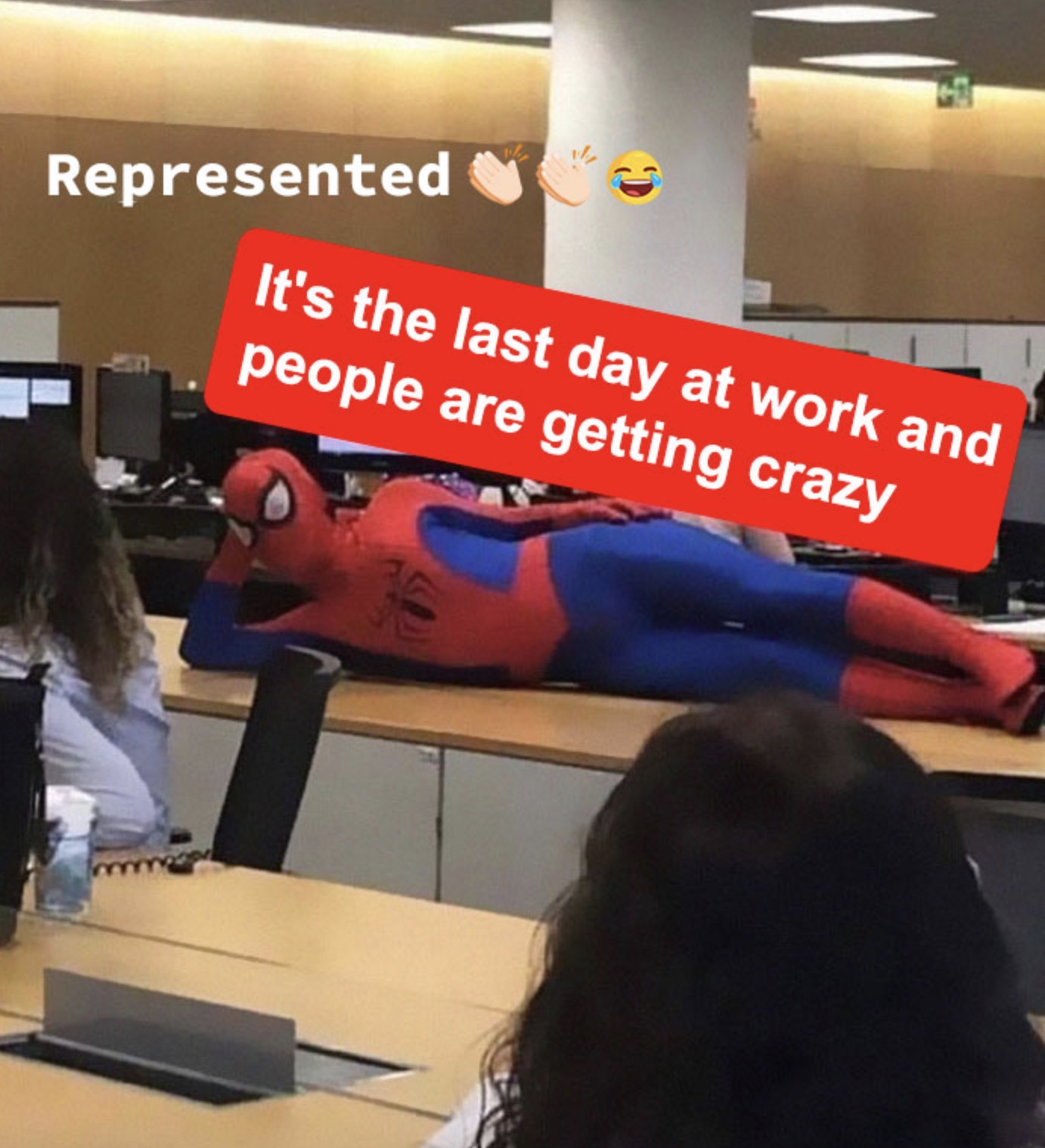 That’s a somewhat inaccurate translation of what the caption said in Portuguese. In the original post, the caption read, “Last day of work and this person is driving the boss mad.” Perhaps as mad as newspaper editor J. Jonah Jameson upon hearing that Peter Parker once again failed to get any photos of Spider-Man? 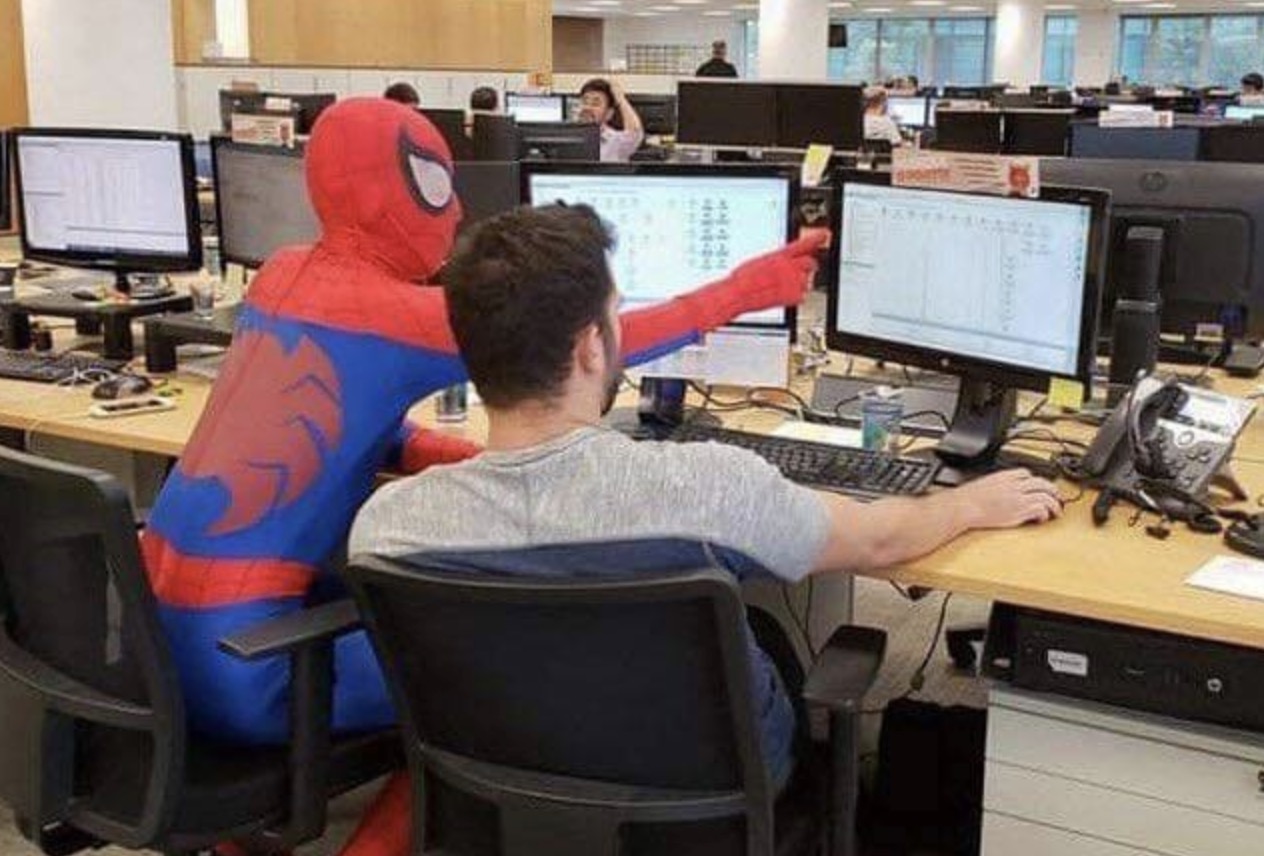 But how mad could the boss have really gotten? The employee worked behind-the-scenes in the analysis department, so the general public was not subjected to any Spider-Man antics. Even better, instead of making a mess by slingin’ webs everywhere, this guy passed out candy. Luckily for us, someone took a video. 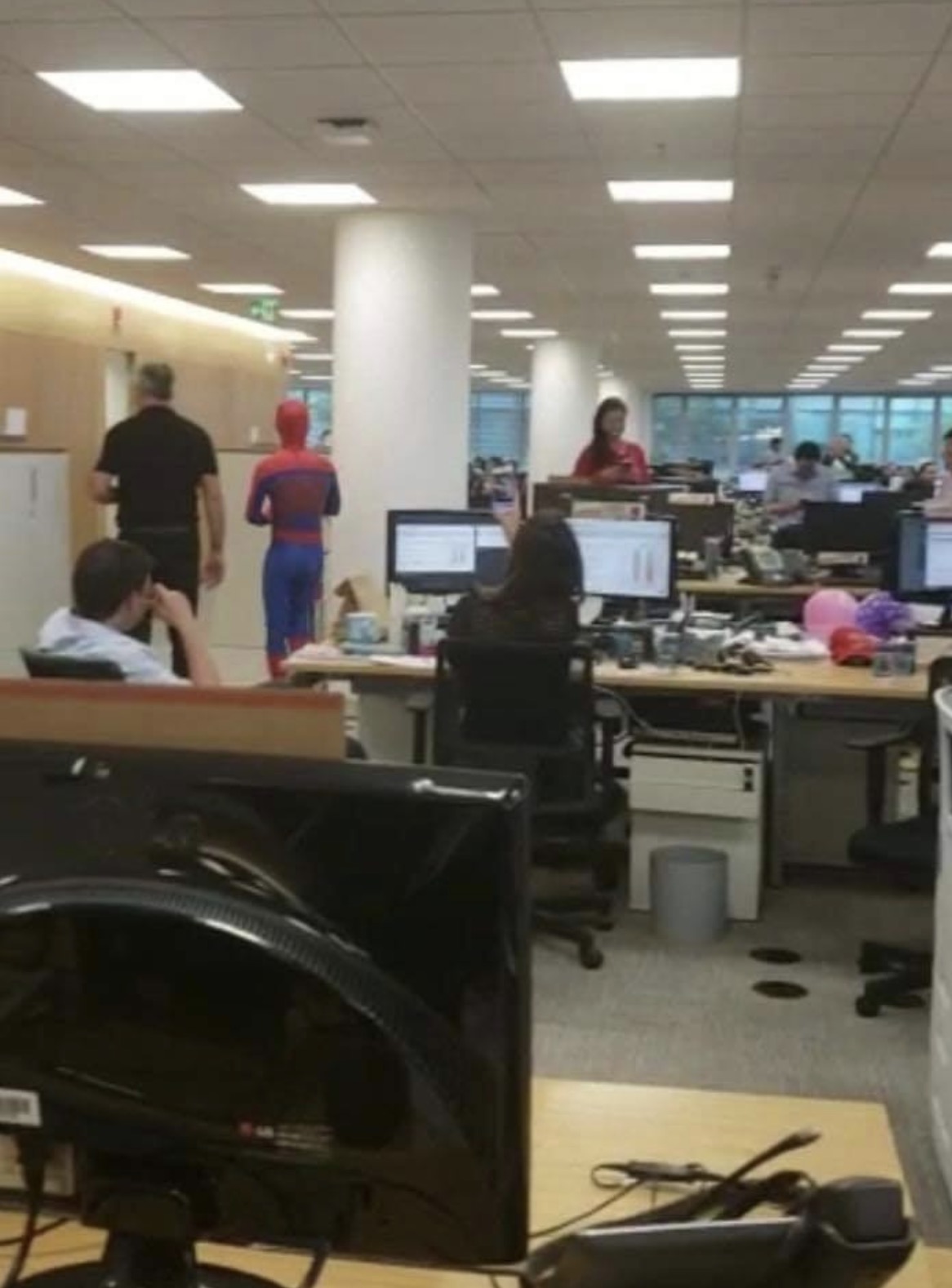 Not surprisingly, citizens of the Internet were delighted by the masked hero, and they had a lot to say about it.

One person had an idea for the ex-banker’s next career move.

Another was hoping for more action.

Maybe being a banker just wasn’t exciting enough for the guy.

But how do we know the man under the costume wasn’t Peter Parker???

Maybe someone should open an all-superhero bank. Chase, are you reading this?

I mean, did you think there wouldn’t be more web puns?

This guy might not be able to take down Dr. Octopus, but he’s definitely able to give people a smile.

20 Kids Who Are Getting an “A” at Failing in School
13 Funny Tweets About Wearing Face Masks
13 Hilarious Posts About the Summer of 2020
10 Facts About Astronauts That Are out of This World
Do Your Kids Kids Random Things Hilarious Names? You’re Definitely Not Alone!
Dad Photoshops Preemie Into Badass Situations