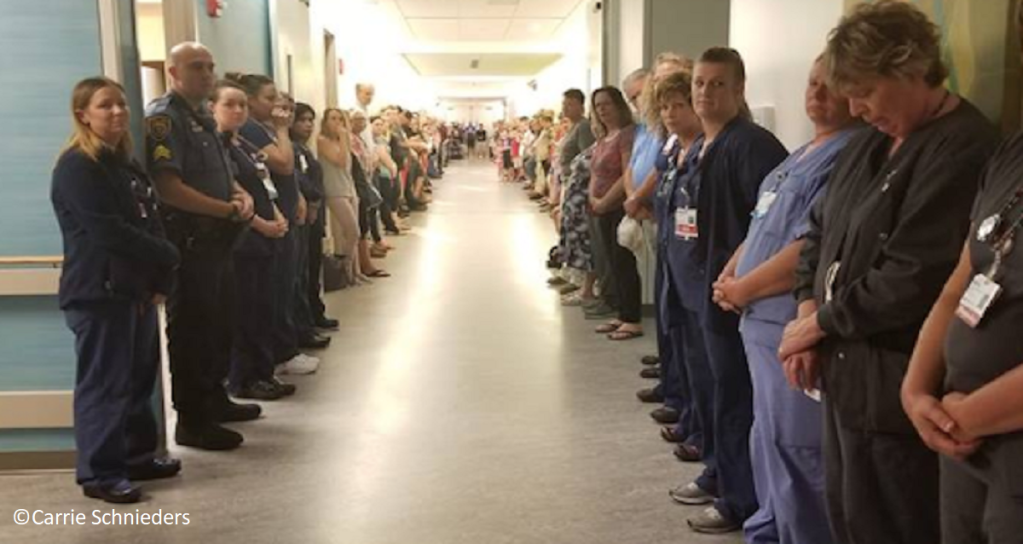 Recently, a 41-year-old father and husband lost his life. While his family grieved their loss, however, a powerful moment emerged – one that’s now being shared all over the world.

Cletus Schnieders III was having dinner with his family one night when he started to choke. His wife, Carrie, had no idea what was happening at first. “I was in the other room talking to Clete, and I was getting annoyed because he wasn’t answering me,” she explained to Yahoo. “When I walked over to him, I realized he was choking. Then he collapsed.”

After calling 911, Carrie also performed chest compressions. Sadly, after two days in the hospital, Clete was declared brain dead. Since Clete was an organ donor, it was now time for Carrie to make a critical decision – one that ended up saving three lives and touched the lives of 50 people in total. On the way to the operating table, Carrie took a photo of the 150 hospital staff, nurses, family, and friends who lined the hallway to create an “honor walk” for the man who was about to save so many. 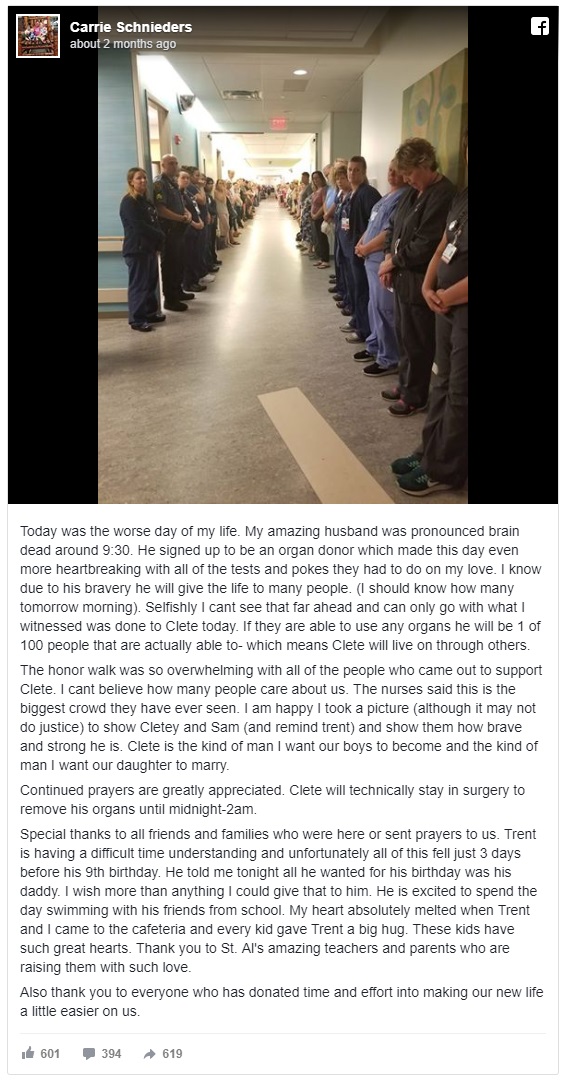 Carrie posted the image to Facebook, where it quickly went viral on sites dedicated to organ donation. It’s a powerful reminder of just how important organ donation can be.

“The first several nights I was getting messages from all over the world, even Australia,” says Carrie. “One man, in particular, reached out to me from Oregon, he wanted to thank me and Clete. Because of someone like Clete, he received a liver transplant and was able to watch his grandchildren grow up. That story really hit home since Clete also donated his liver.”

She also added that the final walk down the hallway with her husband is a moment that won’t ever leave her. “My initial reaction was speechless. I feel like everything paused for a second as I turned the corner and saw all of the people who came out to support us,” she says. “Letting him go at the end of the hallway was the most difficult thing I’ve ever had to do. I still have friends and family reach out to me and tell me that being at the honor walk was one of the most amazing yet heartbreaking moments of their life.” 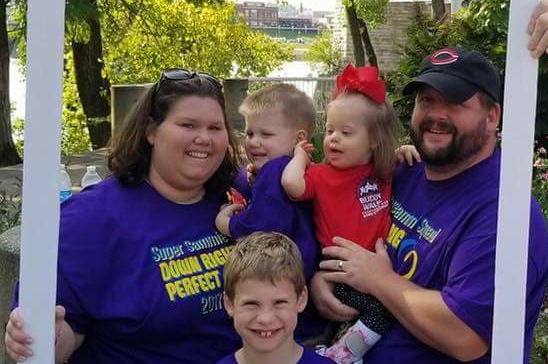 Clete was the family’s breadwinner, so the family has had a GoFundMe account set up by a friend to help them manage in the meanwhile. Carrie explains, “My husband did not have life insurance so every bit will help us.” The couple’s youngest daughter also has Down syndrome, which further adds to the family’s expenses.

Despite the tragic circumstances, there has been a bright spot. On June 27, the day of Clete’s funeral, Carrie wrote to LifeCenter, an organization which facilitates organ donation, to try to find the recipient of her late husband’s liver. It turns out she wasn’t alone. John Mock, the man who had received the liver, had asked his daughter to find his donor’s family as he was going into surgery.

“I wanted to thank this family for saving my life — I would be dead without them — and offer my condolences,” he says.

The resulting meeting was absolutely incredible. 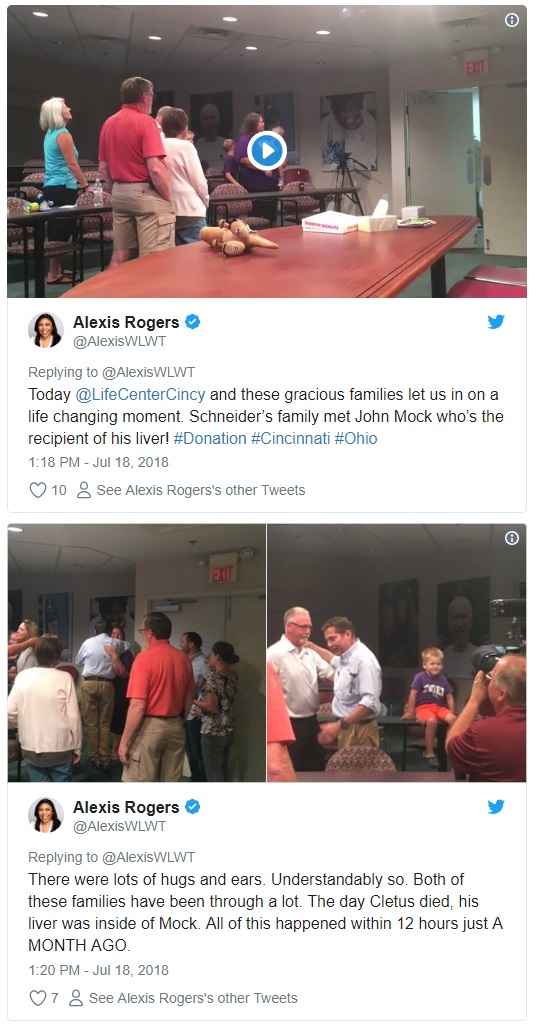 “After the first two minutes,” says John, “it felt like we had known each other forever, just like a real family.” That meeting went so well, in fact, that the families have plans to get together again in October. In the meantime, John and Carrie stay in touch with weekly conversations.