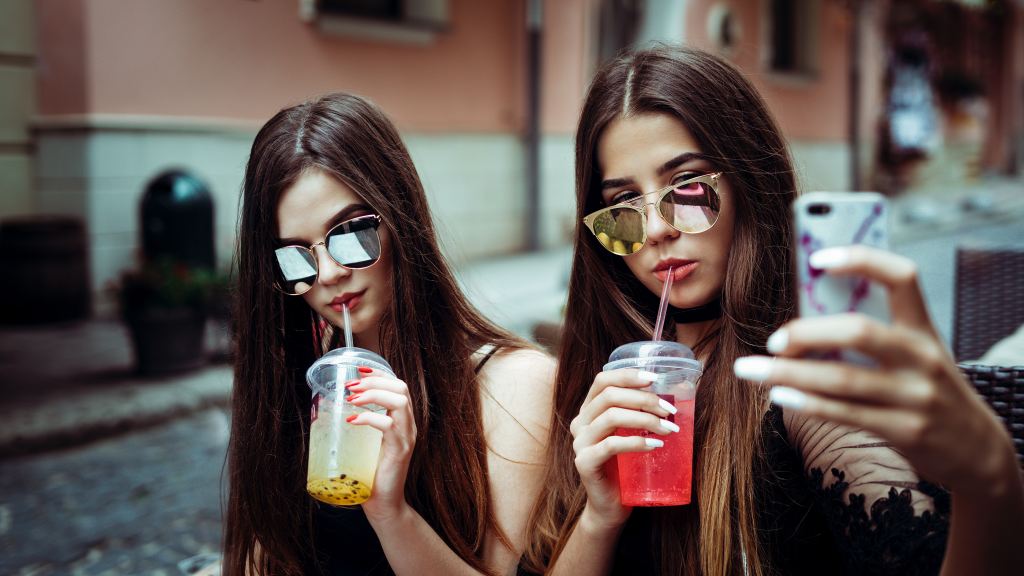 Ouch…now this is a touchy subject. Ex-friends, especially if they’ve been betrayed, really like to open up about what exactly ended their relationship.

In this article, people on AskReddit reveal how their best friends stabbed them in the back…

“My best friend, my fiance. We were together six years, lived together most of it. Lived apart for the last because we went to school in cities two hours apart. We had an argument the day after thanksgiving so I made a surprise drive to visit her that night. Caught her red handed cheating on me. She swore up and down it was a misunderstanding, and since I loved her, I believed every word.

We spoke briefly for the next month because of finals, but afterwards she invited me over. I drove two hours to see her, and when I get there the cops show up minutes later and hand me a restraining order. I found out, months later why she did: she didn’t want me to find out she was already getting married to the guy she was cheating on me with. F***** me up for years.”

” “I met someone and she opened my eyes,” said my husband three weeks after our son was born. I’m still bleeding from that stab wound.”

“So, several years ago my grandmother died. Driving home from her house (she lived very close to us) we ran into one of my best friends driving the other way. He had known her and had eaten Sunday dinner at her place on several occasions, so we stopped to let him know that she had passed and when/where the funeral would be.

While we were at her funeral, he and a couple of other guys broke into our apartment and stole everything. Then, a couple of nights later, they tried to break into her apartment too but a neighbor saw them and scared them off.

This guy had been near the top of my best friends list and we’d known each other for about 12 years (I was 18 at the time).”

“A couple of years ago I got really really sick and moved back to my parents’ house for a couple months. My roommate asked me if some friends of ours (his very long-time friends) could stay in my room for a few days because they were temporarily homeless. They had like 4 kids and the kids had to stay somewhere else. It was Christmastime and these people were pretty poor and weren’t going to be able to afford presents for the kids.

My parents were actually going to give them a couple hundred bucks to help with presents. I came back to the house a week or two after they came and stayed only to discover they had stolen my MacBook, another laptop, a kindle, a set of gaming headphones, and my external hard drive (like 15 years worth of pictures stored on there). They also stole my roommate’s college ring. I’m still mad and it’s going on three years later. You don’t steal from friends.”

“Back in late 2008 I had one of my groomsmen/best friends train my fiancée (he had a personal training studio business) because she wanted to tone up for our wedding. Shortly after that, her and I were constantly arguing and I was always doing something wrong. Come early 2009 I left on a weekend trip and when I got back she broke up with me. Two weeks later they were together. 6mo later they got married. Now like 8yrs later I think they’re expecting their 4th kid. I don’t talk to them anymore, but good for them, they seem happy. At least it wasn’t for some temporary fling.”

“My ex cheated on me with my bass player, two very close friends, and most likely a few others.

On the flip side, this means that all of the people she cheated with also betrayed me.”

“I had a great friend that I knew since 4th grade. When we both got out of the military we decided to get an apartment and were room mates for about 8 months.

I was working 2 jobs, so I was not around a lot. One day our apartment manager caught me in the hallway and asked me if I had the rent. At the time I was giving my roommate the rent and he said he was paying it. Turns out he had not paid the previous 2 months and had pocketed my cash. I ended up paying for 4 months of rent for both of us, got evicted, and lost my security deposit.”

“My best friend in college just stopped talking to me one day. Wouldn’t respond to any texts or anything. It hurt, but I let it go. A year or so later I read in the paper that an old friend of ours had died, so I texted her to let her know. She responded with ‘you have the wrong number’. Maybe that was the truth, but I couldn’t help but think that it wasn’t and for some reason this hurt more than her breaking things off with me.

Years later she apologized out of the blue on Facebook which is nice I guess. But who the f*** does that?”

“I was in a band with some friends in high school. I wrote all the songs we played. They kicked me out and said they didn’t like my music anymore and wanted to go another direction. I later found out they had booked a show and played my songs they said they hated. I felt pretty crummy after hearing that.”

“I invited all my high school “friends” to my birthday party and none of them showed up. Luckily I had my 2 close friends from outside of school show up and still have a good time. Went back to school that Monday and instead of sitting at their table I took a chance and sat with this girl I had a crush on, we dated throughout highschool and then some so it worked out.”

“My friend of nearly 25 years happily ended our friendship over a few thousand bucks he owed me.”

“I just found out two of my closest friends have been cat-fishing me with pictures of an Israeli supermodel for the past couple weeks, so that was pretty cool of them.”

“MY friend invited me out to a party in college freshman year. He went down to a friend’s room and I told him I’d meet him and as I walked up to the door I hear him saying, “yeah I invited my roommate but I really hope he doesn’t come.” “

“My best friend and my husband.

Married 7 years. Refinanced dream home in October. Booked ‘bucket list’ vacation two weeks later. A week after THAT, he came home and told me we were getting a divorce. He then walked out the door and never looked back.

No notice. No, “honey, I am growing unhappy”.
We never fought and I thought we had an awesome life.

But that wasnt the “stabbed in the back” part. Look, people grow unhappy and get divorced. S*** happens, right?

Except that besides blindsiding and abandoning me and our child, he went around to all of our friends and family playing the victim of how he was unloved and unappreciated. He also neglected to mention in his tale of woe about his side piece.

Would have taken a bullet for the man. Didnt know he was holding the gun.”

“My roommate tried to convince my girlfriend that I was secretly a rapist and a pedophile, got his girlfriend and some others and held an “intervention” where she couldn’t leave until she said she was going to do something about me.

Luckily, my girlfriend decided to talk to me, realized it was all bullshit, and is still by my side today. My roommate dropped out of college and still hasn’t finished their degree.”