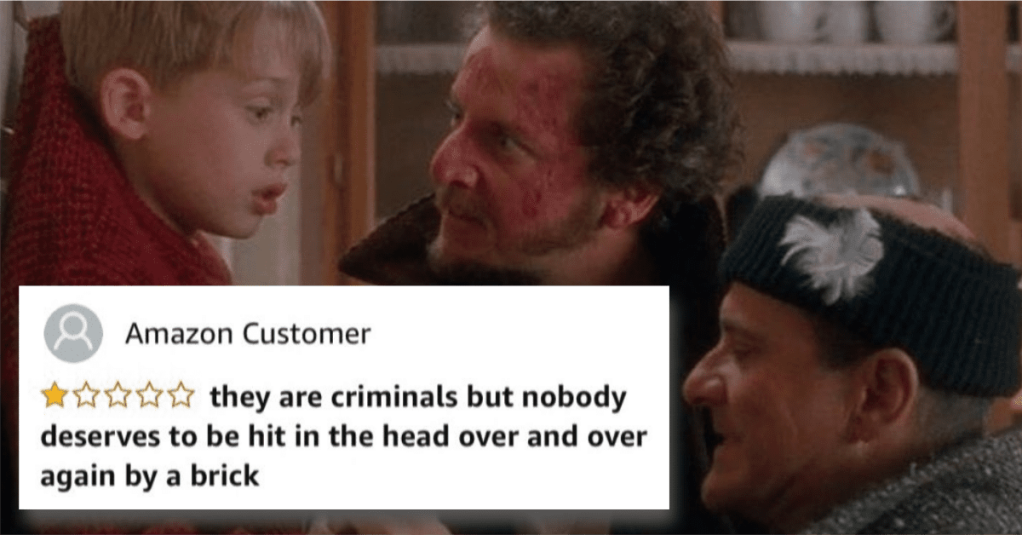 Hilarious One-Star Movie Review You Need to Check Out

What do you think is the worst movie you’ve ever seen in your whole life?

Go ahead, I’ll give you a minute to think about it…

I don’t know if I’d call this THE WORST movie I’ve ever seen, but someone dragged me to see Phantom Thread a few years ago and I thought it was terrible. And I’m a fan of Paul Thomas Anderson’s work, so it’s not like I was seeing his stuff for the first time. Just…ugh…I’ll never get that time in my life back again and I’m still angry about it.

ANYWAY, people took to Amazon to write one-star movie reviews for films that they really didn’t like…and some of the reasons they give are just plain weird.

And we love that kind of stuff, so sit back and enjoy!

Black and white? No way!

2. A different take on a holiday favorite.

Maybe this movie needs to be remade…

I’d like to know how old this person is…

4. Give those criminals a break!

5. This is the best review of all time.

They clearly love their children very much.

6. Did you think this was an instructional video?

I think they did…

This is a documentary, right?

8. Not the Frozen you were looking for.

This is a horror movie!

No forin movies, EVER.

10. Another person who just took the title way too literally.

I thought it was a movie about a zoo…

Not even close, friend.

I have a hard time believing this…

I was promised blood and there just wasn’t enough.

There Will Be Blood. pic.twitter.com/zIp6yZMSFl

What movies do you think are really BAD and only deserve one-star reviews?