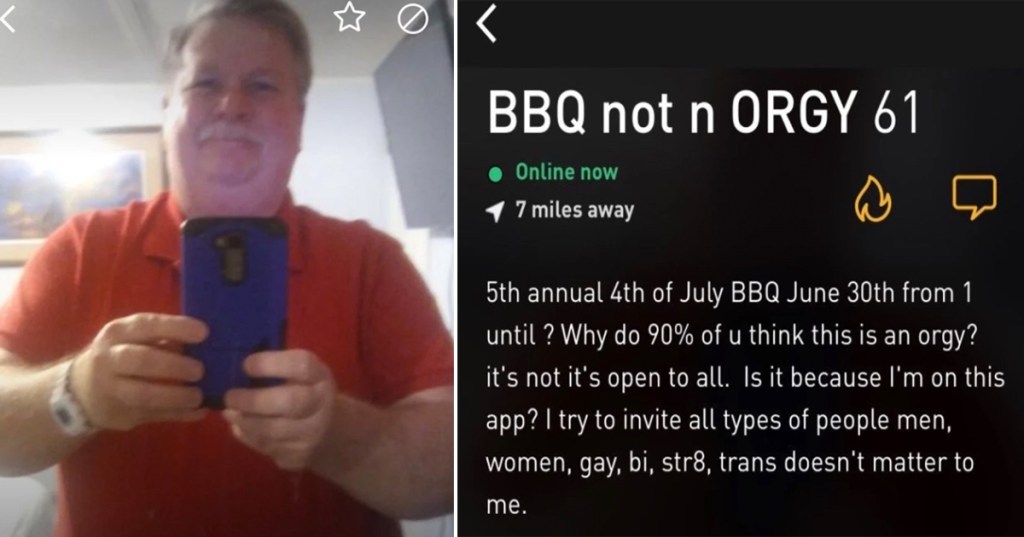 Everyone loves to gripe about the Internet. Yes, the Internet turns us all into shouting, tribal maniacs. But it can ALSO bring us closer together.

A couple weeks ago, 61-year-old Chris Bowman of Apex, North Carolina was getting ready for his annual 4th of July BBQ, and he wanted attendance to be high. Most people in this situation might use an app like Nextdoor, which connects people by neighborhood. Or maybe they’d post on Craigslist, or make a Facebook ad targeted to people in the area. All sensible options.

Instead, Chris decided to use Grindr, the app where fellas can meet other fellas for dating and hookups. He was already a Grindr user, so maybe he figured he’d keep things simple. 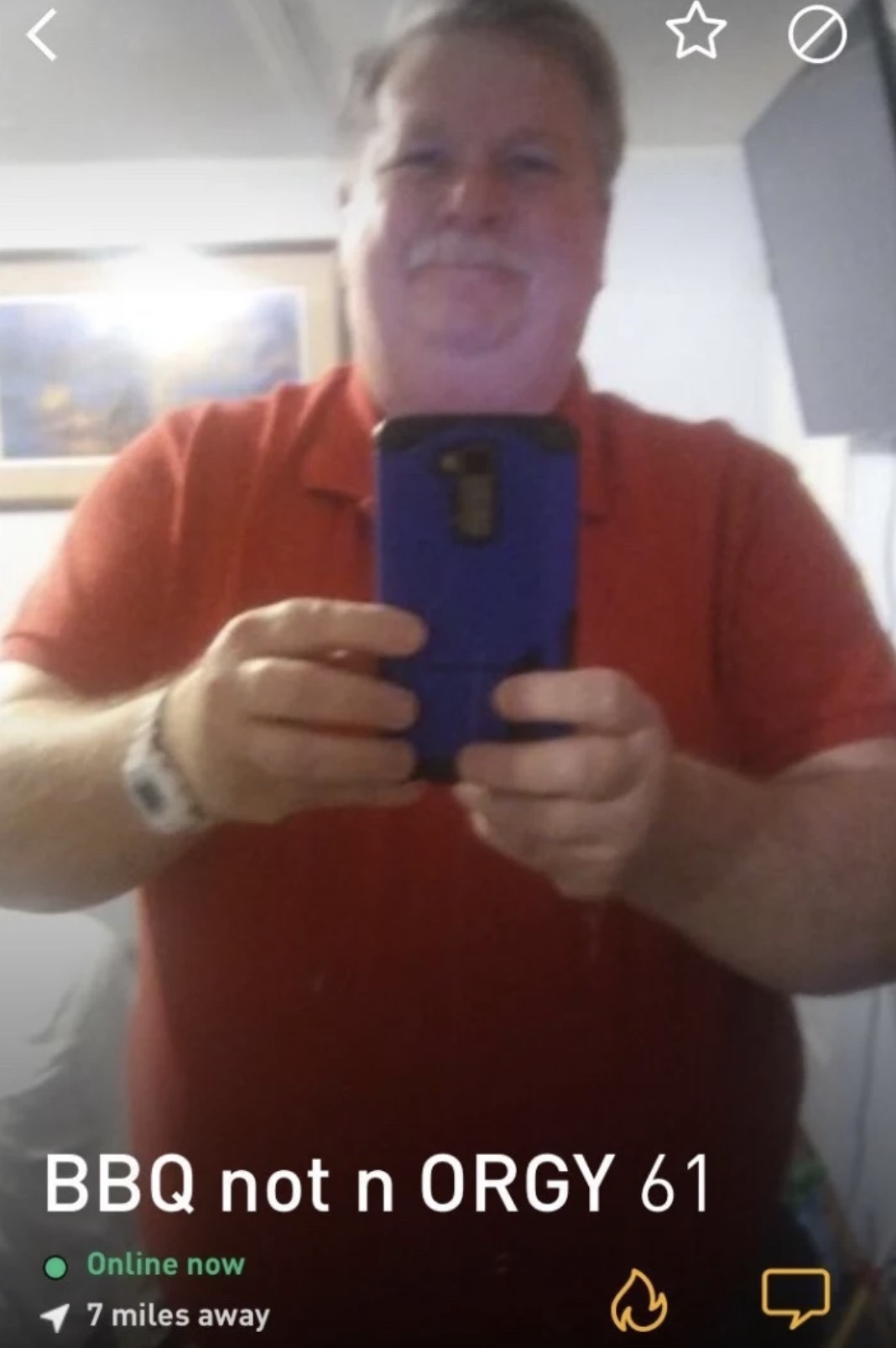 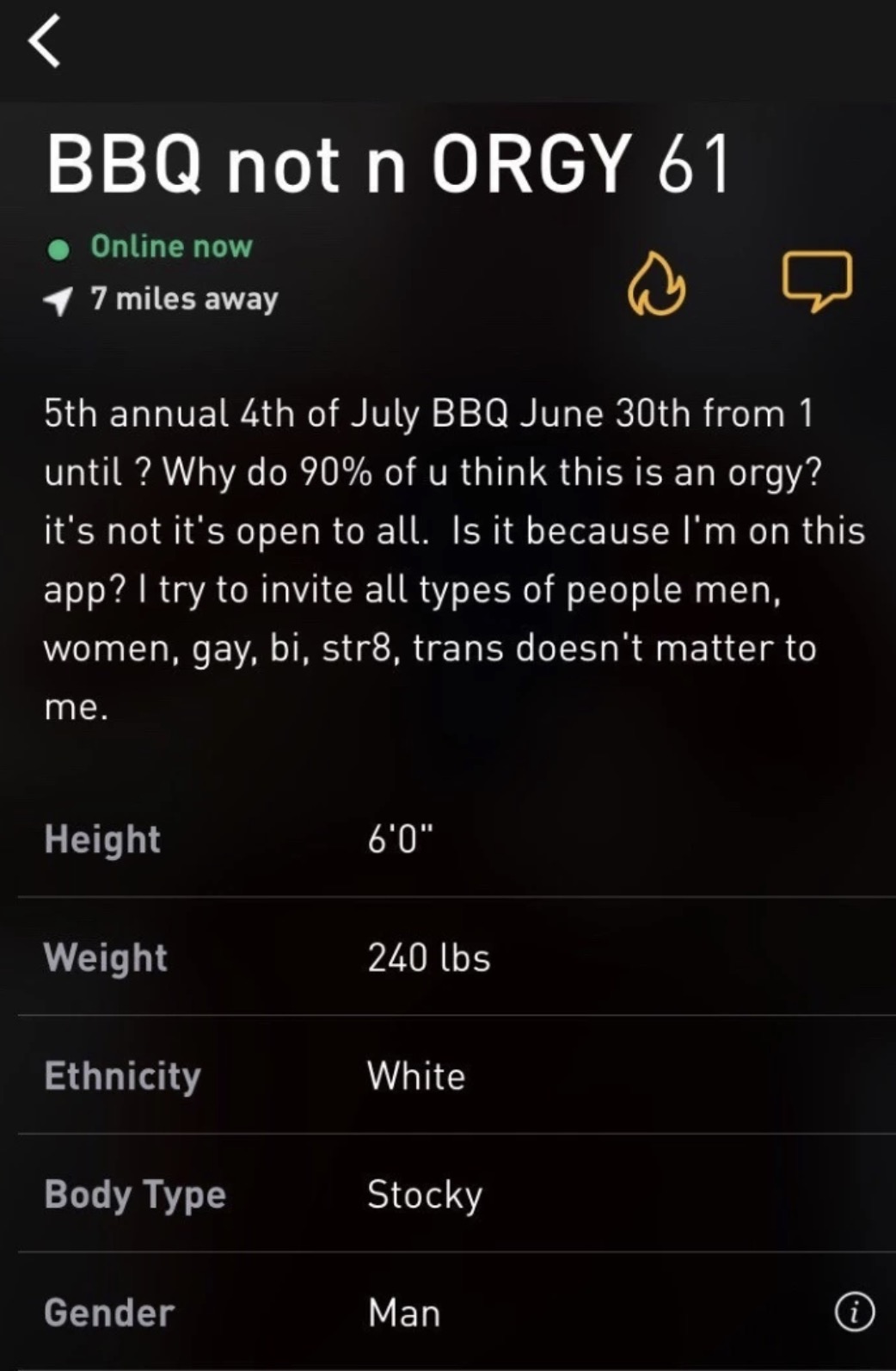 Chris even sent out personal messages with more details about the party. 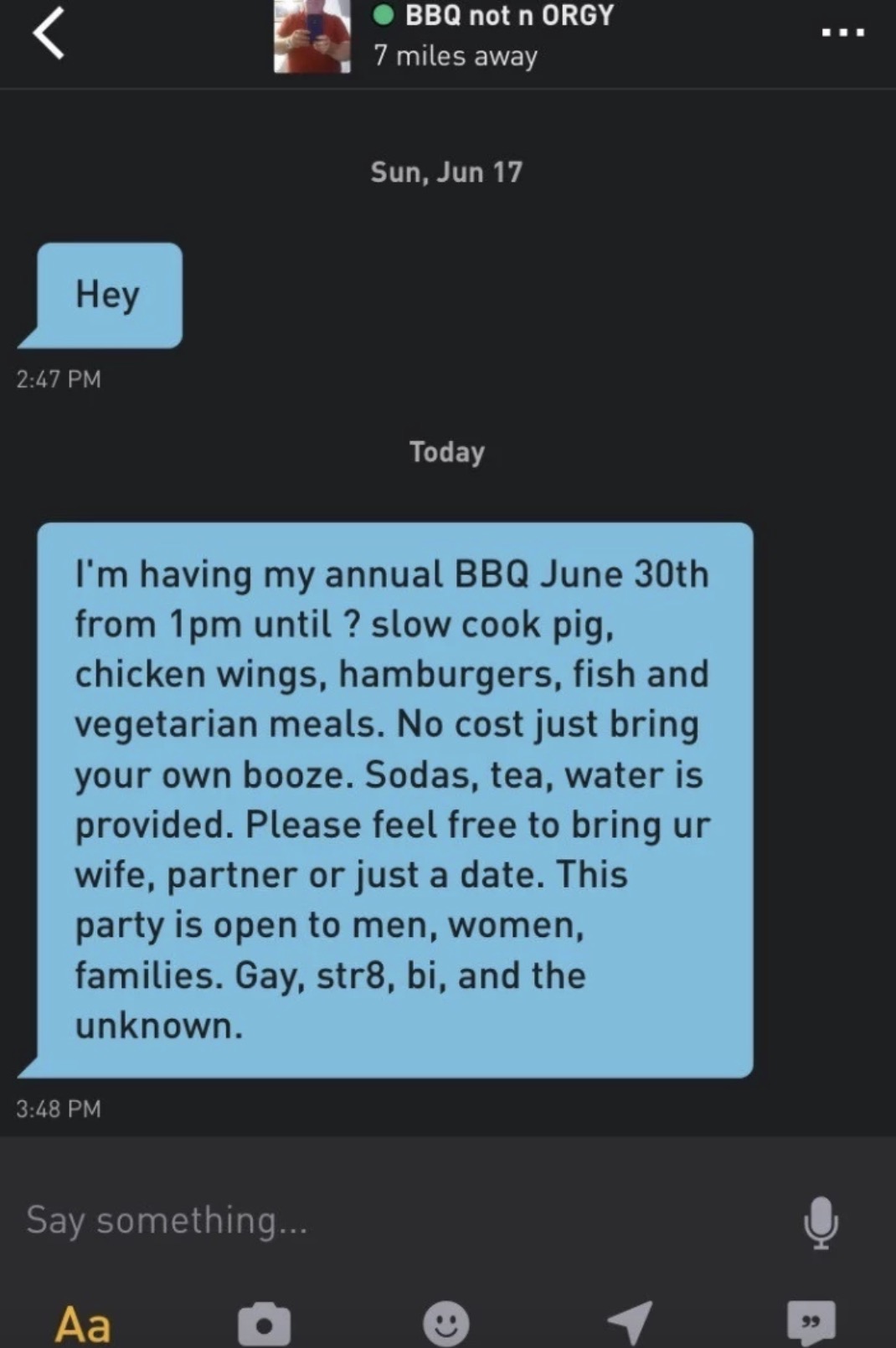 What a sweetheart! He’s providing ALL the food, including fish and vegetarian options. He’s going out of his way to make the party inclusive to people of all orientations. And let’s not forget that he’s doing this for a bunch of STRANGERS!

As North Carolina Grindr users began receiving Chris’s messages, they screenshotted them and shared them on Twitter, and Chris’s story went massively viral. People were taken with his generosity and his earnestness. 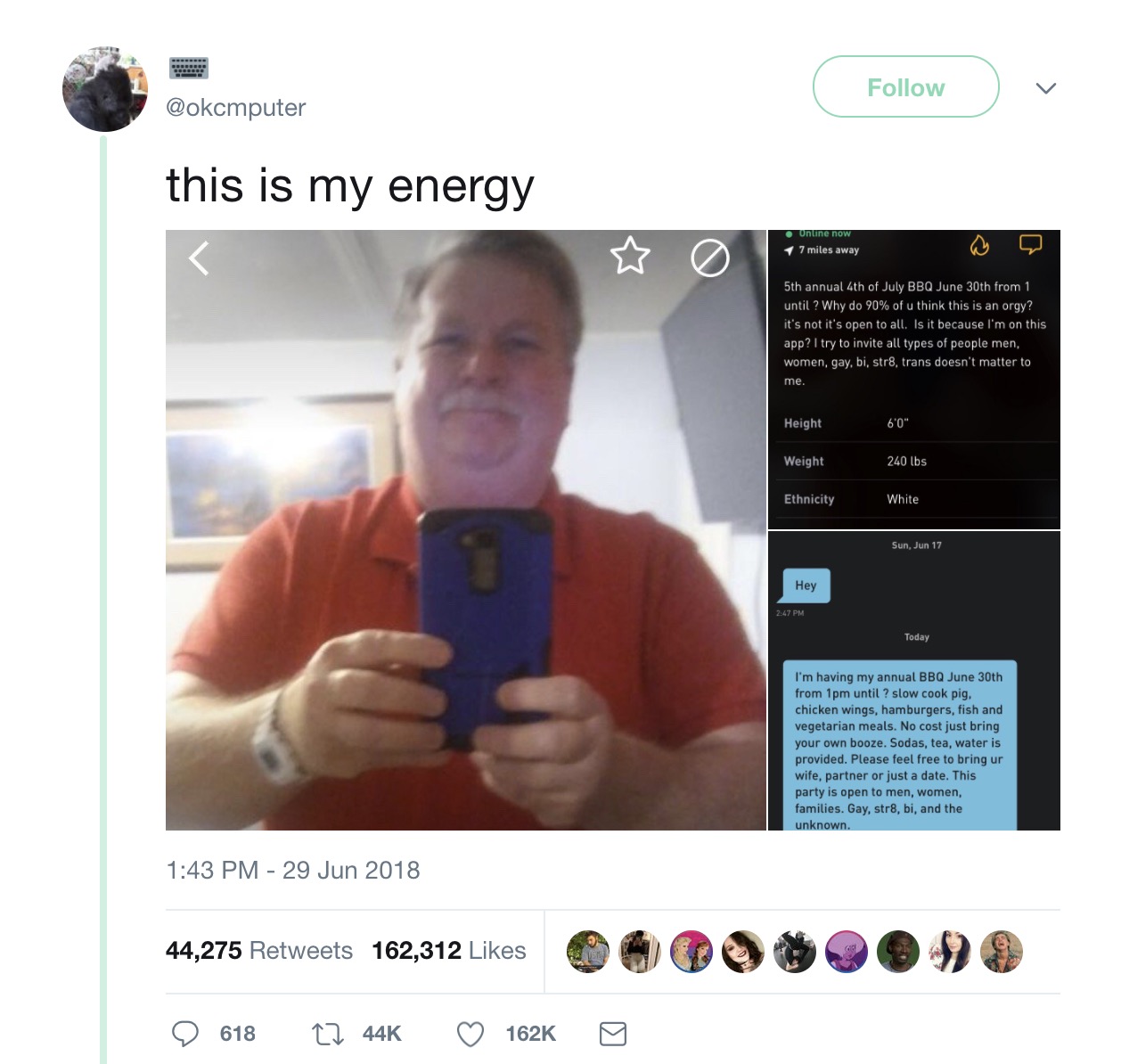 Lots of folks encouraged North Carolinians to make Chris’s day and show up. 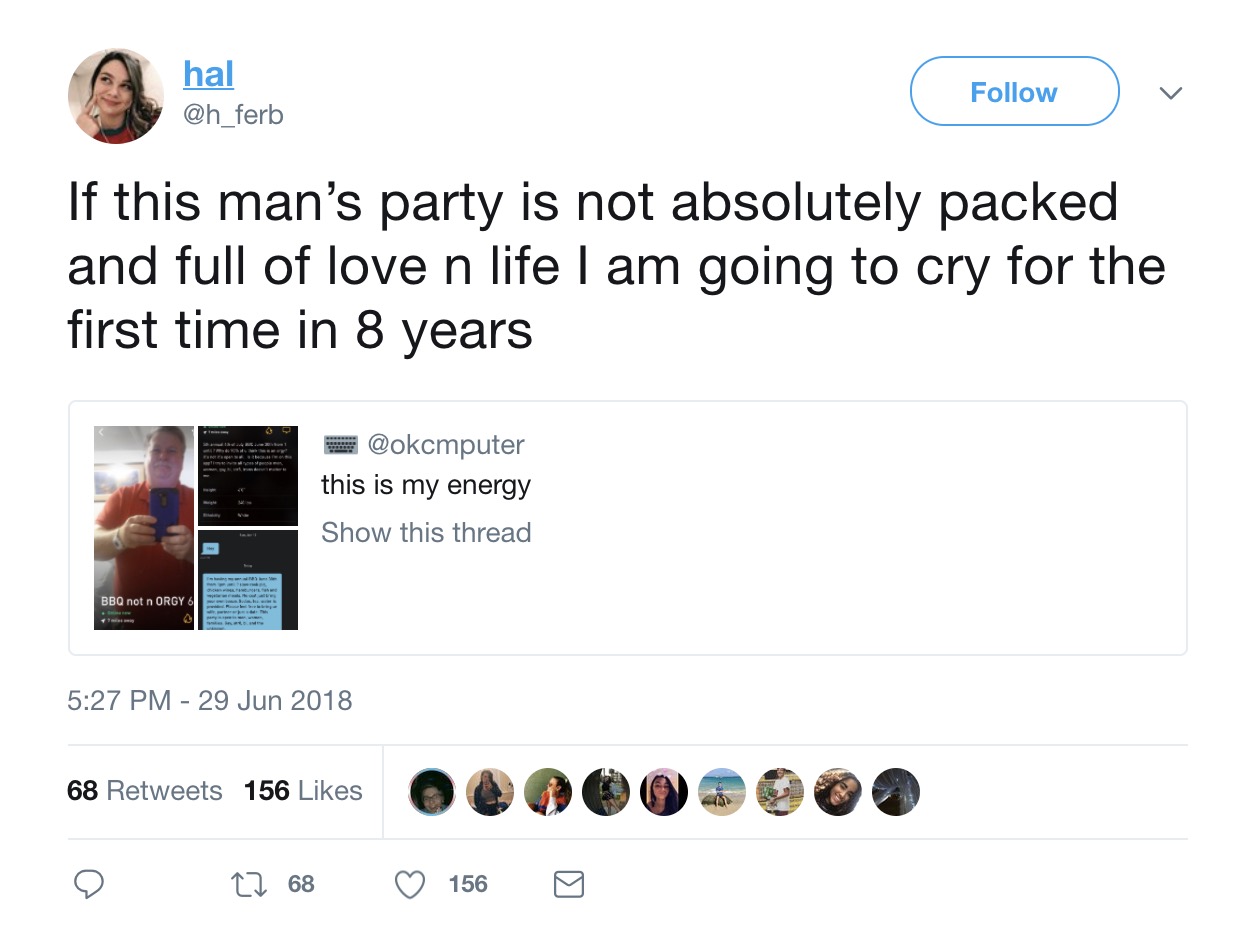 But the big question was, did the invitation actually work? Did anyone take Chris up on the invite? I’m happy to say yes, they did.

Matthew Setzer, a 23-year-old who lives in the area, got a personal invite from Chris in the weeks leading up to the event. At first, he was hesitant.

“You get a lot of spam and odd messages on Grindr, so initially I just glossed over it and didn’t think much of it,” Matthew told BuzzFeed News. “But everyone was really supportive on Twitter so I thought, hey, I got the message! I might as well go to this thing.” 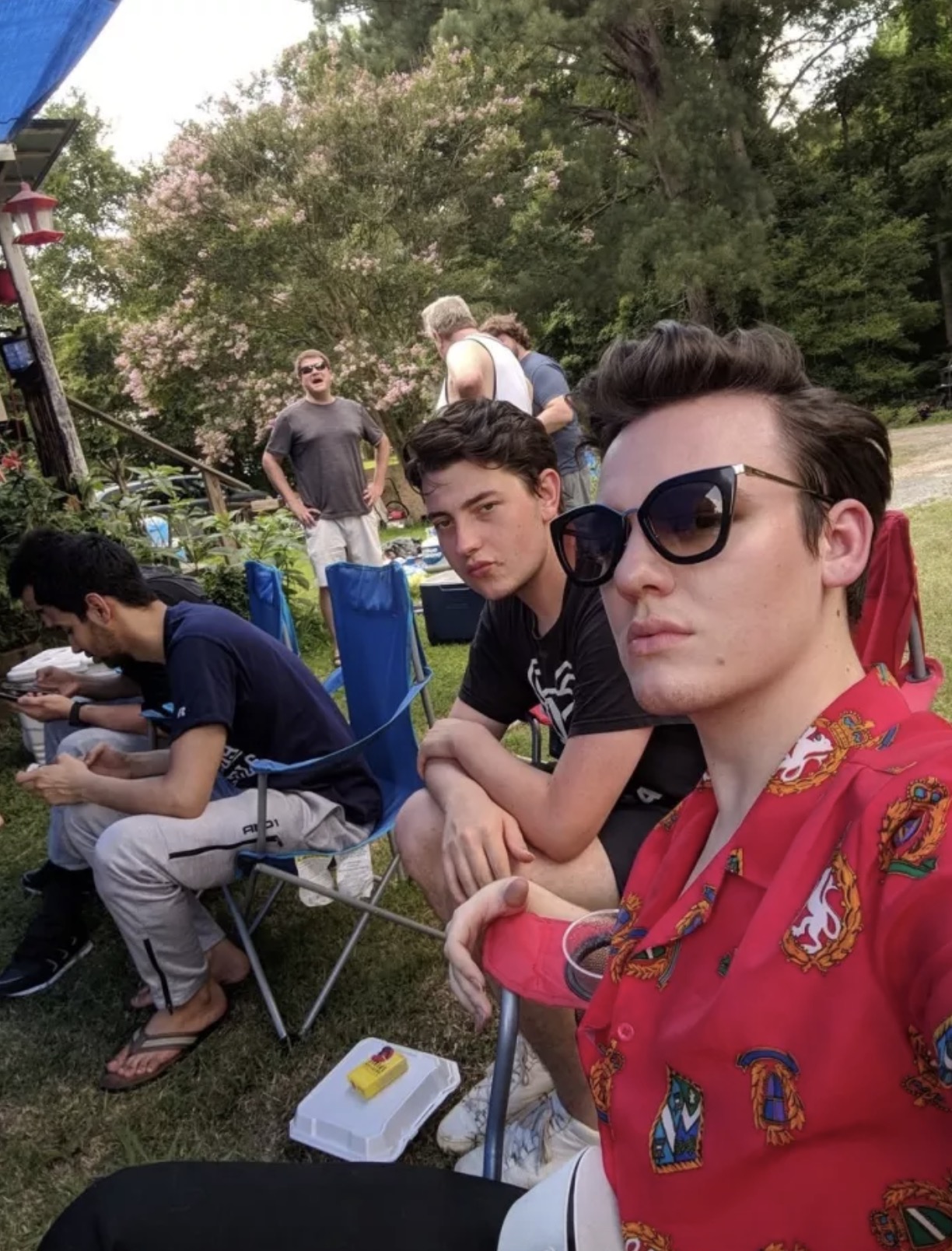 There was plenty of food, just like the invitation said. Chris had to begin cooking at 4 a.m. that day to make enough for everyone. 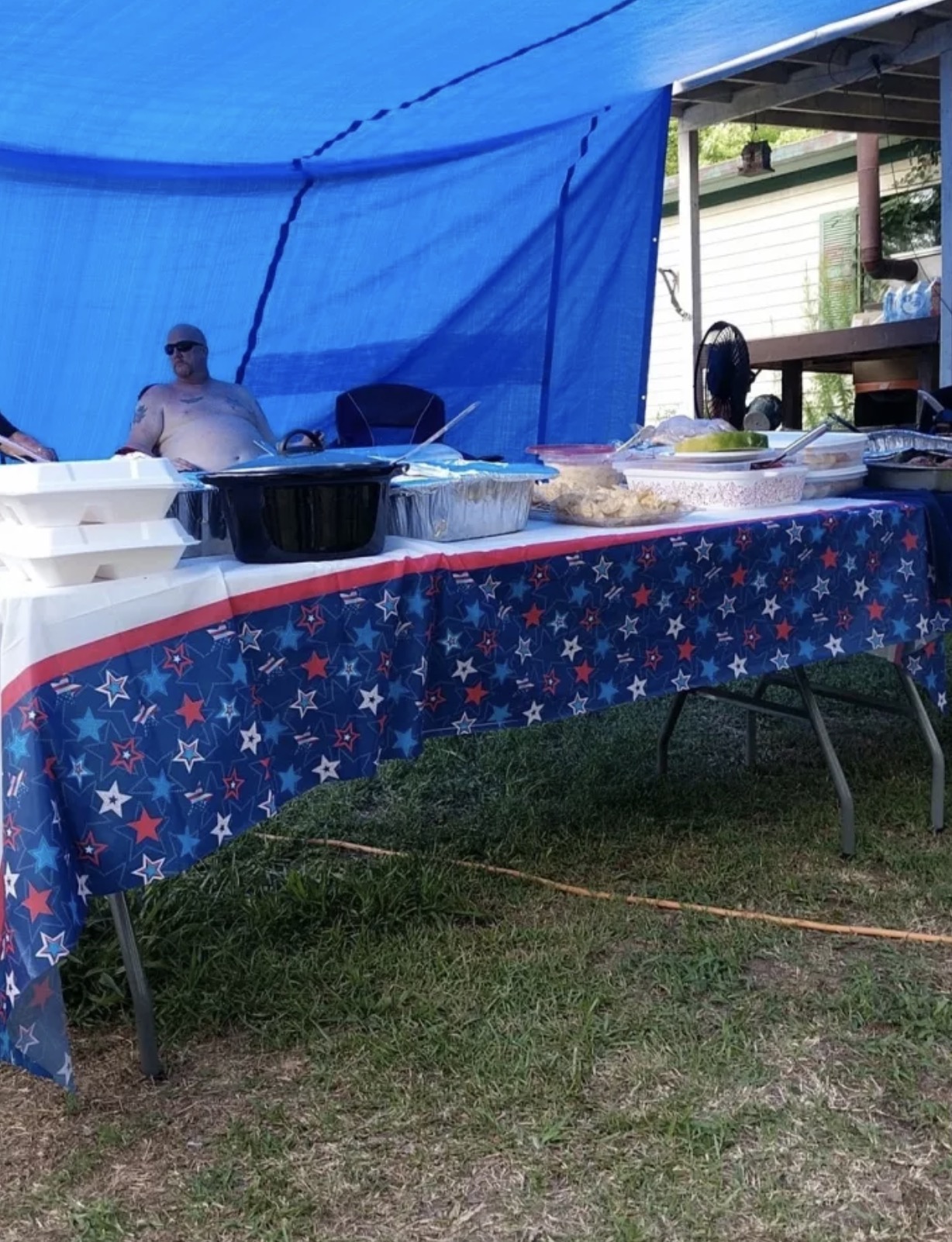 There was Chris’s dog Chase, who was hopefully spoiled with lots and lots of meat. 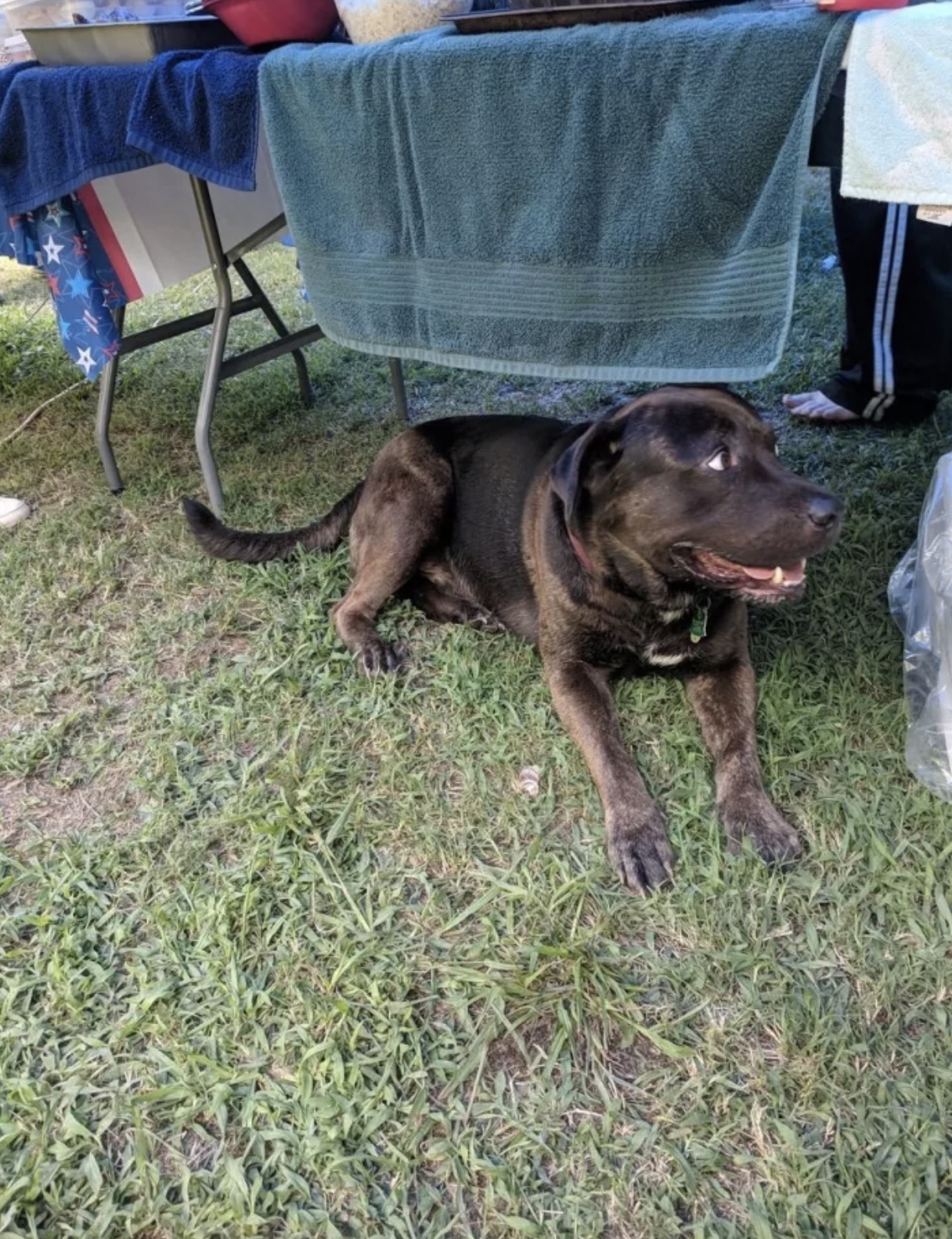 Matthew gave the party high marks. “Everyone was super sweet, really engaging, and it was actually a really diverse group of people,” he said. “Like as the barbecue went on, there were multiple languages being spoken, and we had a great conversation with this one couple about the North Carolina Museum of Art, and the Met exhibits.” 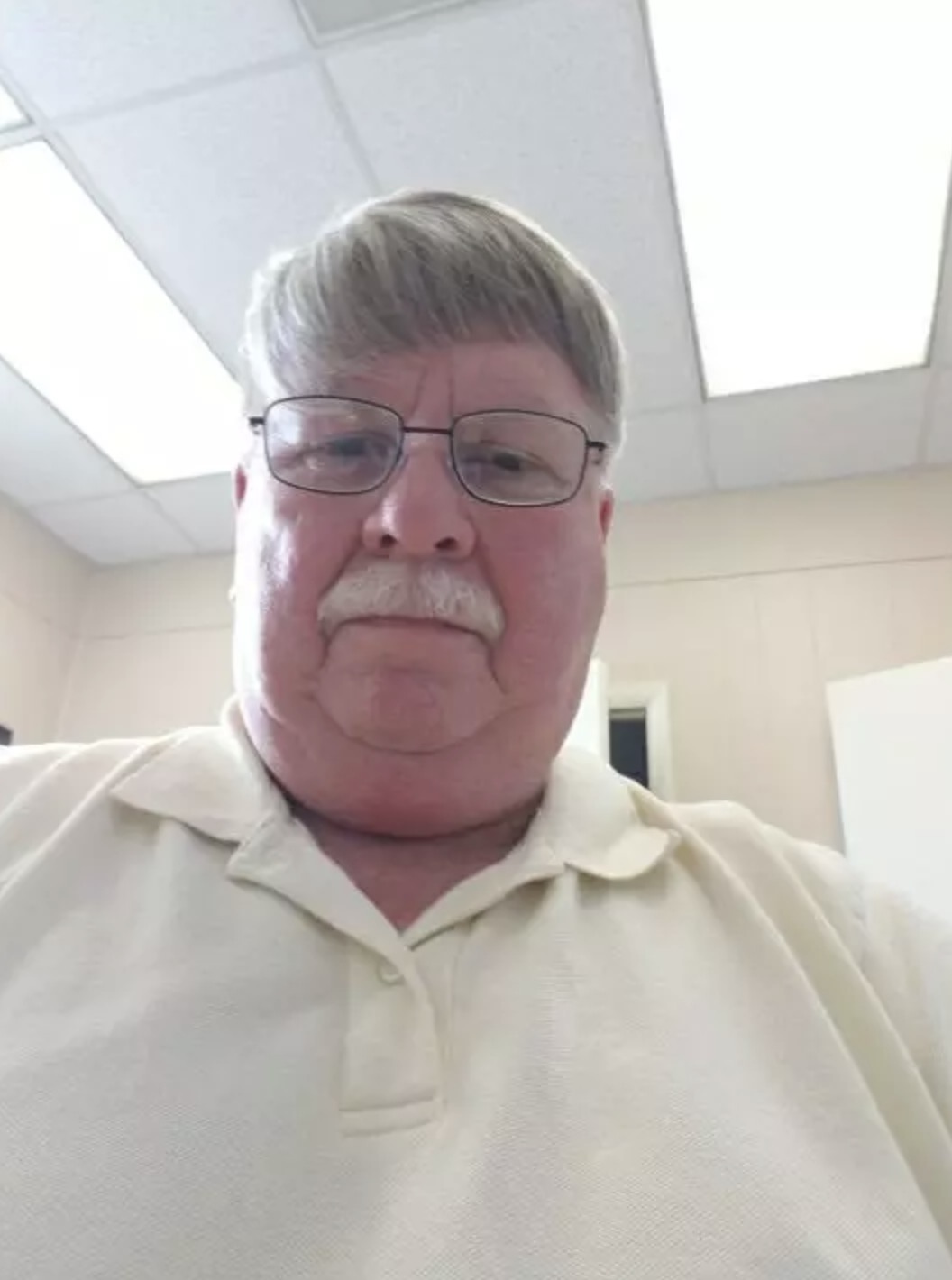 But for Chris, hosting the BBQ was about more than simply connecting with people–it was about atoning for his past. Chris is a recovering alcoholic.

“I haven’t spoken to or seen my kids since 2004. I haven’t talked to my mother since ’99,” he told Buzzfeed. “There’s things that go on in life that you make choices about, and I chose wrongly. I chose the drink.”

“I’ve been sober for 8 and a half years now, and I just kind of feel the need, instead of being the asshole that I was, to be a softer, kinder, gentler, let’s-get-together kinda guy.”

Good for you, Chris! We hope you have many successful BBQ-not-orgies in the future!