When a company likes Amazon allows customers to write reviews of their products, the hope is that more people will be persuaded to buy those products. But when one guy reviewed a workout supplement, the review was so intense that whenever you spot a GNC store, you’ll want to run screaming in the other direction.

Before we begin, a few things you should know about the workout supplement industry. First of all, it’s huge, valued at $82 billion worldwide in 2013. Second, unlike prescription or over-the-counter drugs, workout supplements are not strictly regulated, at least not in the US. By law, in order to be classified as a dietary supplement a substance only needs to contain “One vitamin, mineral, amino acid, enzyme, or other substance used by the body.” Companies make outlandish claims about their supplements’ benefits, without needing to back them up. Supplements can even contain much more dangerous chemicals than are listed on the label.

The workout supplement in question was a jar of Beyond Raw LIT Clinically Dosed Pre-Workout Powder. 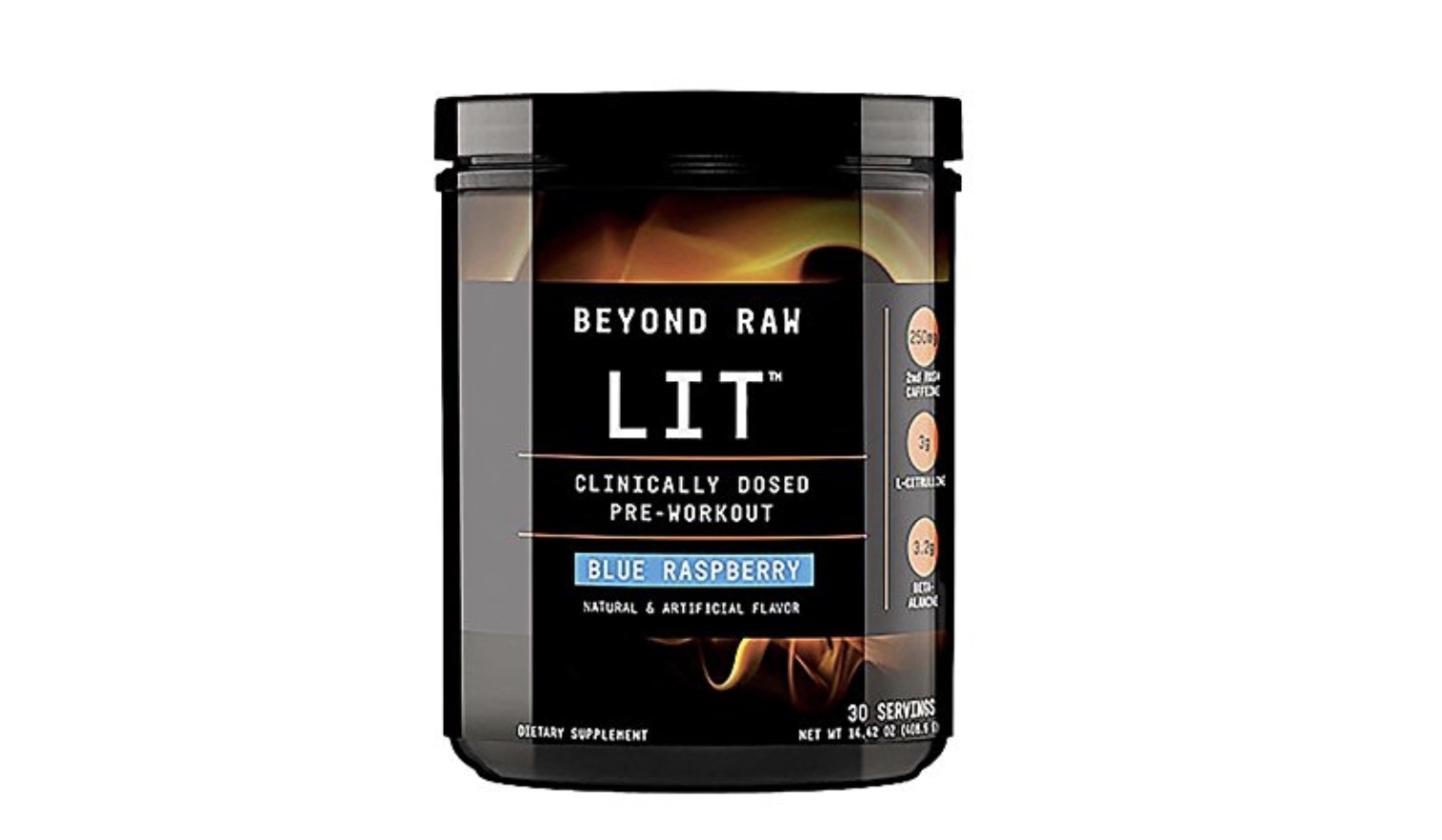 Right off the bat, Amazon user Dino2925’s review, (which was also shared on Bored Panda), starts with a great idea.

Walked into the break room at work for a glass of ice water. Noticed a container of this sitting on the shelf. Thought it might flavor my plain water reasonably well so I mixed some up. Blue Raspberry.

Using a workout supplement to flavor your water? Can’t see anything wrong with that! But at least Dino2925 read the warnings first…

I read the label as I stirred. “May cause flushing and tingling.” I smirked, thinking that wouldn’t be an issue. Background: 5’11”, 270 lbs. A walking wall that spends an inordinate amount of time lifting large weights. I don’t use supplements but am peripherally aware of their function. This is labeled as a pre-workout supplement. I figured that since I was going to the gym later, it couldn’t hurt.

“This battery acid doesn’t say it shouldn’t be used as a skin moisturizer!” Almost immediately the supplement took effect.

The taste was delicious. Sour and refreshing. Within a couple minutes, my face went numb. I laughed, thinking maybe there was something to that warning label. Soon, the tingling spread to my arms, legs and chest.

This is like the first time Bruce Banner turned into the Hulk, except with a much greater likelihood of diarrhea.

Then the itching started. The whole body itching that someone might experience after swimming in a lake of toxic waste. The label didn’t mention the itching.

Maybe that’s the intended effect! All that itching would burn a lot of calories.

The whole body itching that someone might experience after swimming in a lake of toxic waste. The label didn’t mention the itching. Then the caffeine kicked in. I think that the manufacturer forgot to mention that one of the secret ingredients was methamphetamine. Proprietary blend, with a sprinkle of cocaine. I literally couldn’t blink.

Blinking is for the weak.

Had I been surrounded by a group of angry police officers, I suspect the ensuing viral video would have been epic. One review mentioned that this product is ‘Fire’. That phrase went though my mind prior to reading it.

In the end, the pre-workout powder did more harm than good. (Because it did no good whatsoever.)

It took about two hours for the product to wear off. The itching was unnerving. Ten hours later and my tongue still hurts. I never did get to the gym.

Dino2925 did think of a practical application, however:

This product would likely be awesome during the first hour of a Zombie Apocalypse, as your situational awareness will be off the charts. You’ll feel as strong as a gorilla and the itching will keep you moving. I don’t know if sweating would help mitigate the itching but I suspect not.

And if the zombies eat you with the supplement still in your system, they’ll probably explode!

When I get back into work on Monday, that container will still be sitting there. Calling me. Tempting me. Part of my brain will shout “Remember the itching!”. Another part will whisper “Remember the rush….” I’ll probably opt for a glass of water and think about zombies.

I think we can all agree: Dino2925 is lucky to be alive. Other reviewers on Amazon were more positive about the product.

Then there was this guy.

Being a couch potato never looked so good.

10 Design Fails That Are Horrible Accidents Waiting to Happen
15 Tattoo Typos That’ll Make You Cringe
21 Uncomfortable Gospel Record Titles
School Bus Driver Does A Hit And Run, Gets Foiled By Sixth Grader
Promoting the HPV Vaccine Actually Doesn’t Lead to More Teen Sex, So…
20 Dog Ratings You’d Have to Be Crazy to Disagree With