The Best Reactions To DJ Khaled’s Stance On Oral Sex

If DJ Khaled had intended to piss off the entire Internet with a single comment, he couldn’t have done much better than what he said on Power 105.1’s The Breakfast Club. In the 2014 interview, which was just rediscovered by Twitter user @howcomeyousmell, the hip hop producer was asked his opinion on sexual reciprocity. On the subject of whether he performs oral sex on his wife Nicole Tuck, Khaled had this to say:

“You gotta understand, I’m the don. I’m the king. It’s different rules for men. We the king, so there’s some things y’all might not wanna do, [but] it gotta get done. I just can’t do what you want me to do. I just can’t.”

Below is a clip from the interview in question, if you really wanted to see it:

ok so I’m convinced he has the mind of a teenage boy pic.twitter.com/epzhPjceny

And to make matters even worse, Khaled expects his partner to go down on him! 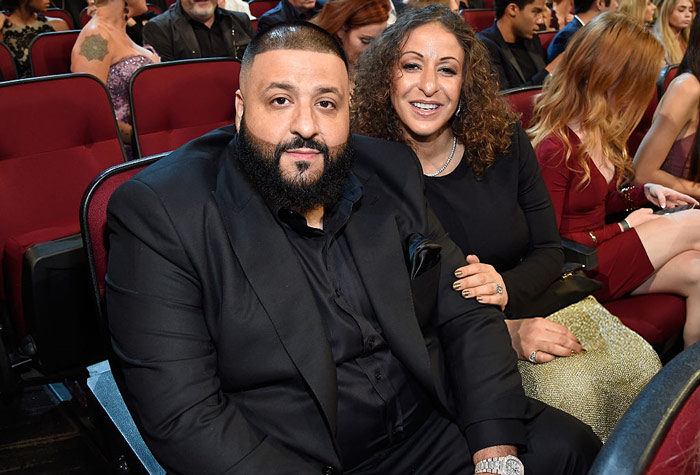 Pictured: Nicole Tuck alongside the worst husband in the world.

Not surprisingly, just about everyone in the world finds DJ Khaled’s belief to be completely ridiculous and offensive. Social media users weren’t shy about letting him know, and we’ve rounded up some of the best reactions.

3. How about an Edible Arrangement?

5. Even Smash Mouth joined the pile-on.

6. “After much soul searching, I have decided…”

8. One person hopes Nicole Tuck has found a way to cope. 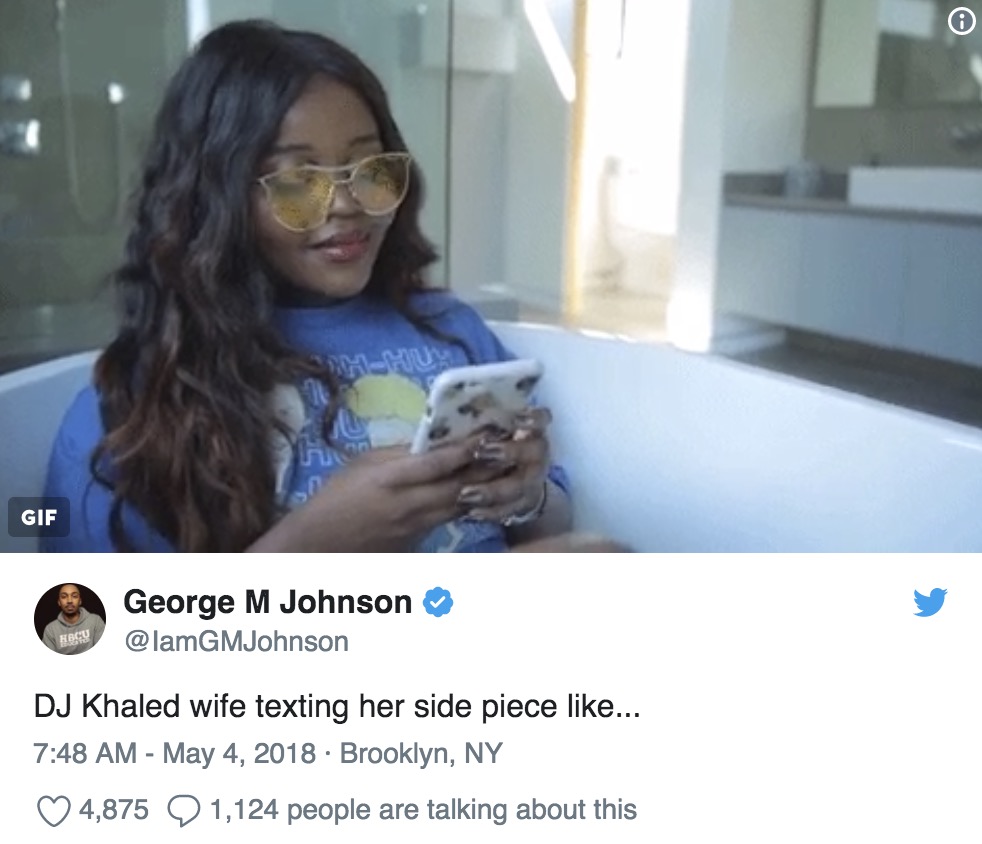 9. There are layers to DJ Khaled’s idiocy.

11. Some folks pointed out the overall problem with Khaled’s comments. 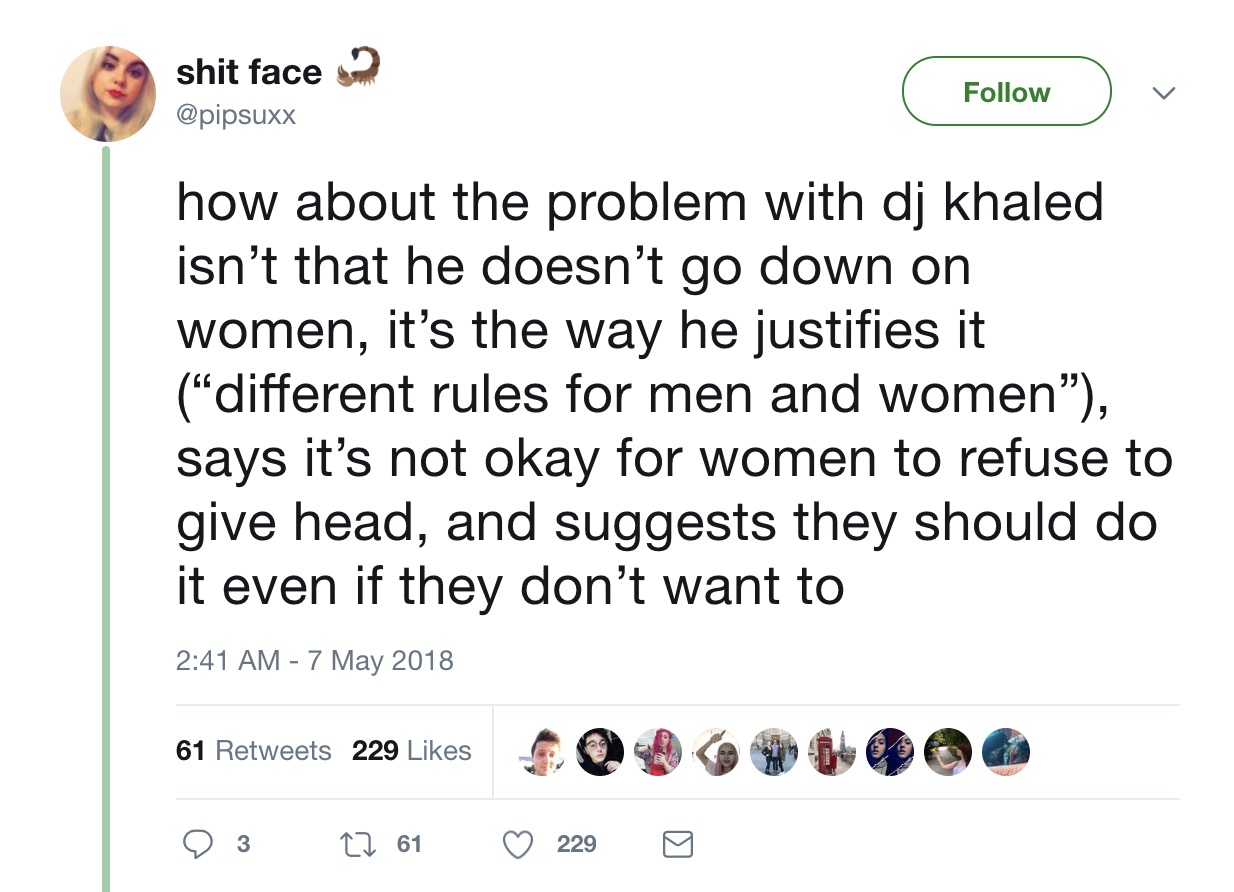 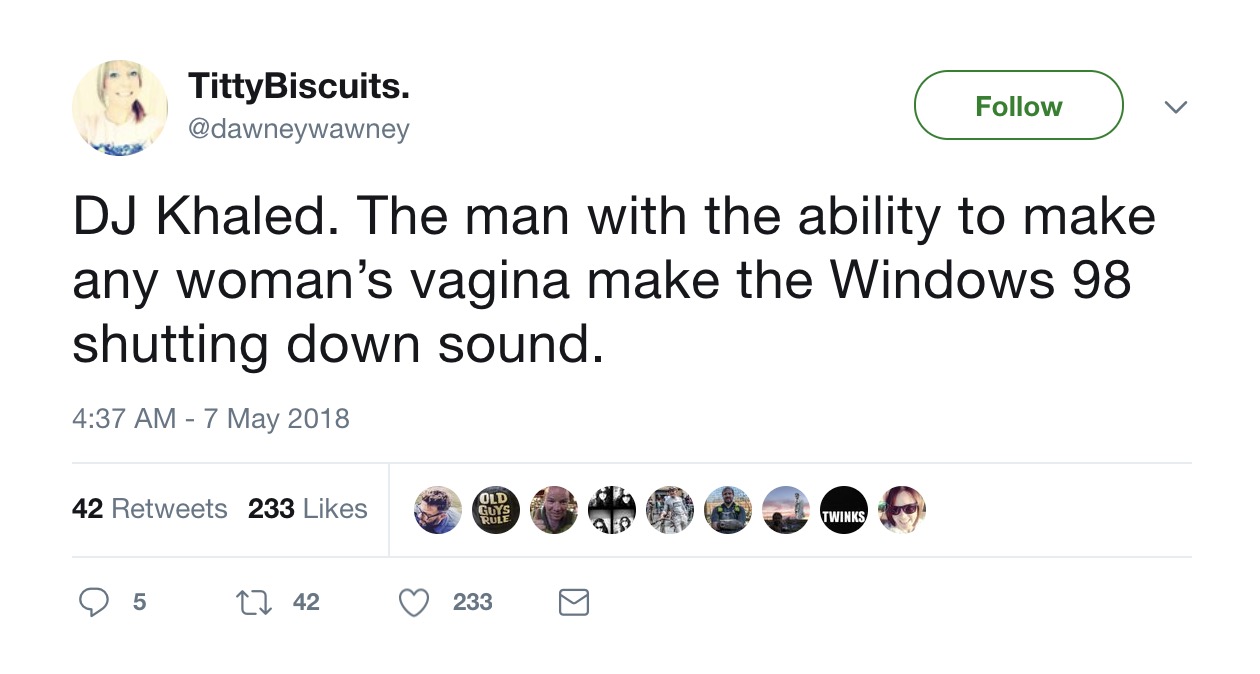 13. Don’t pat yourselves on the back too hard, fellas. 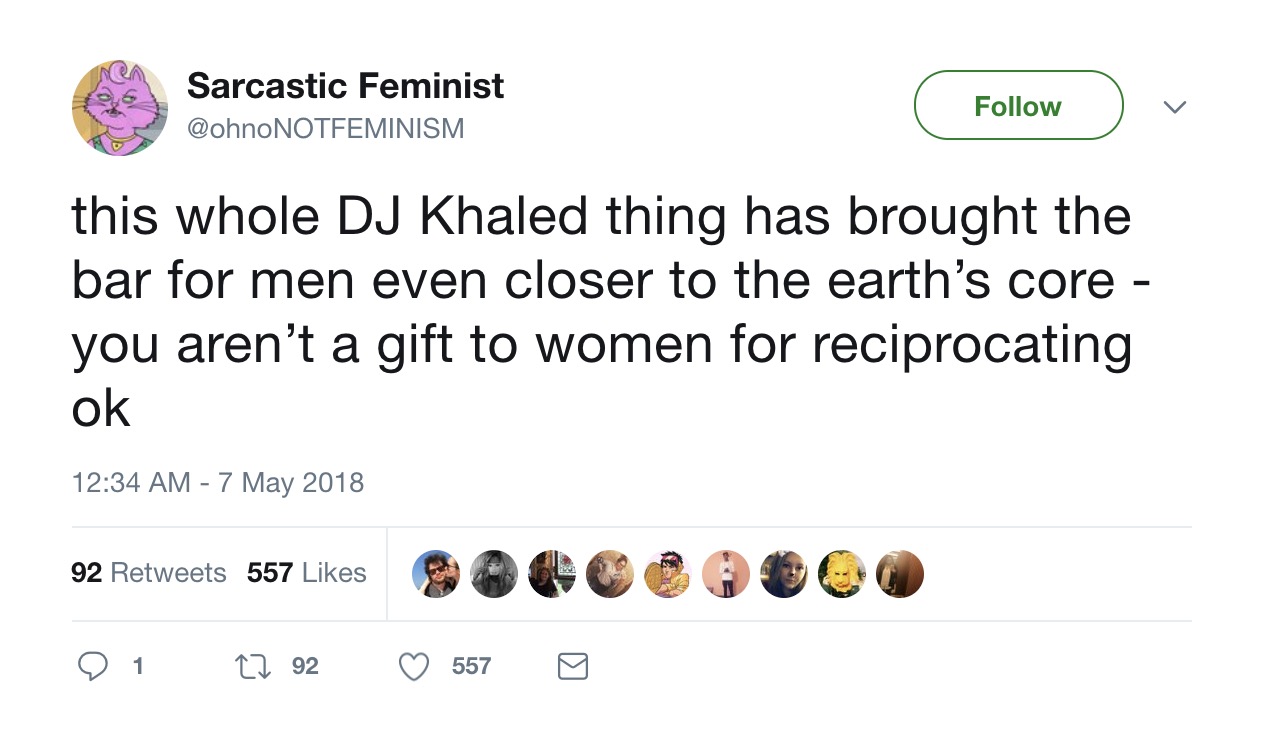 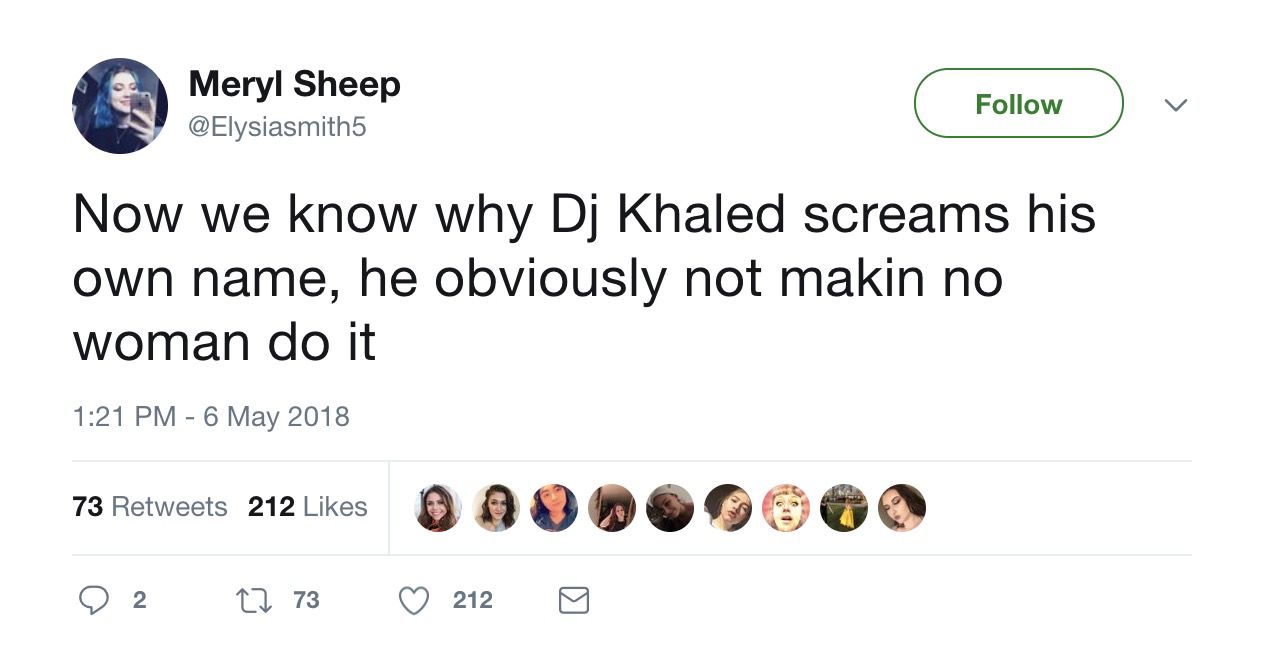 15. But let’s not lose sight of the real victims in all of this: us. 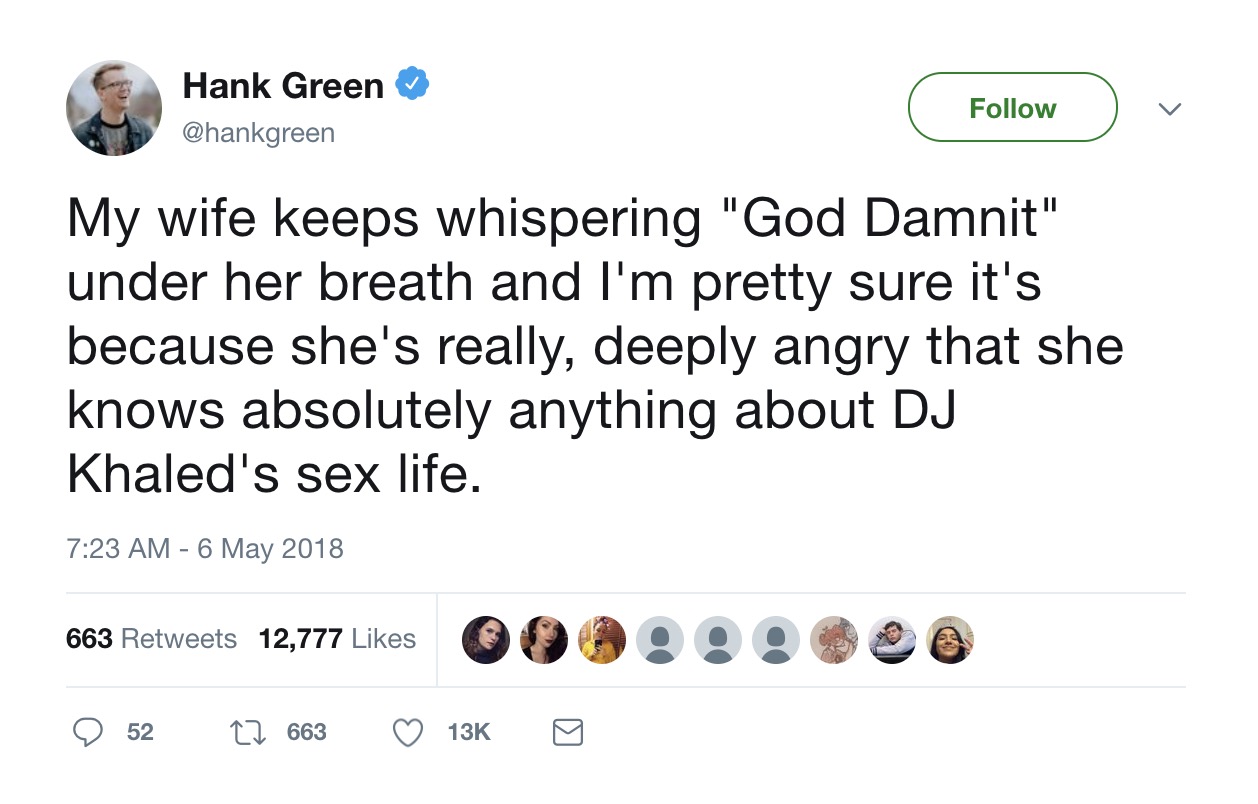 Did You Ever Wonder Why We Give Standing Ovations?
20 Times the Internet Destroyed ‘Star Wars’
People Admit Which Pop Culture Characters They View Differently in Adulthood
Art Teacher Trolls The Google Selfie App
15 Photos That’ll Make Anyone Say ‘Awwwwwww’
Man Discovers How To Make Wine In Instant Pot And Nothing Else Matters
We use cookies to offer you a better experience, analyze traffic, personalize content, and serve ads. Learn more