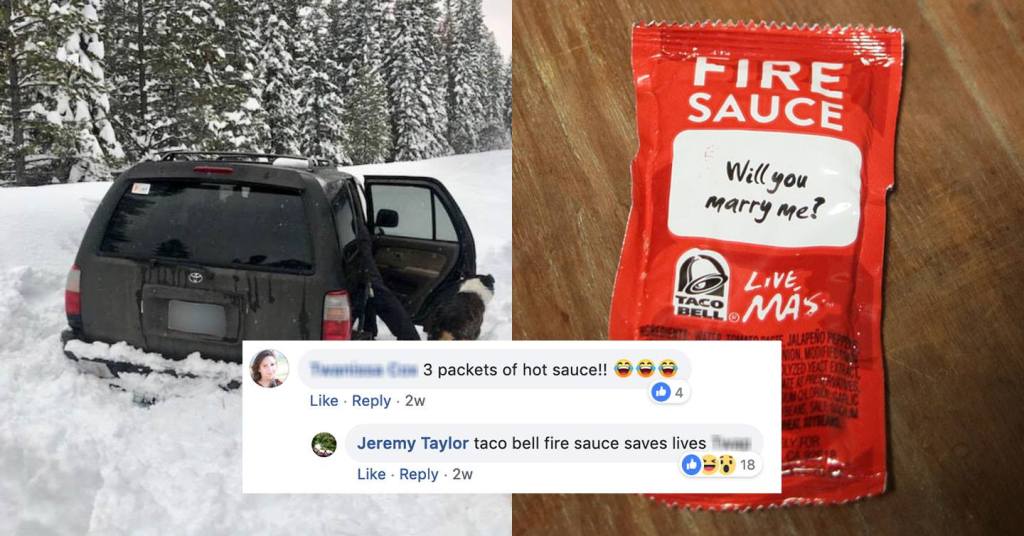 Being stranded with no food or water is a common fear, and all of us have probably wondered how we would survive such a situation. Most of us don’t live in an area where this is a realistic possibility–and thank goodness for that! But when Jeremy Taylor and his dog Ally were recently stuck in the snow for five days, they were forced to rely on nothing but three packets of Taco Bell hot sauce.

On the night of Sunday, February 24th, the 36-year-old and his dog stopped for gas in Sunriver, Oregon, before taking a rural road up into the mountains. Taylor knows the area–he often visits to enjoy off-roading–but this time he got caught in a snow storm, and his Toyota 4Runner became stuck. 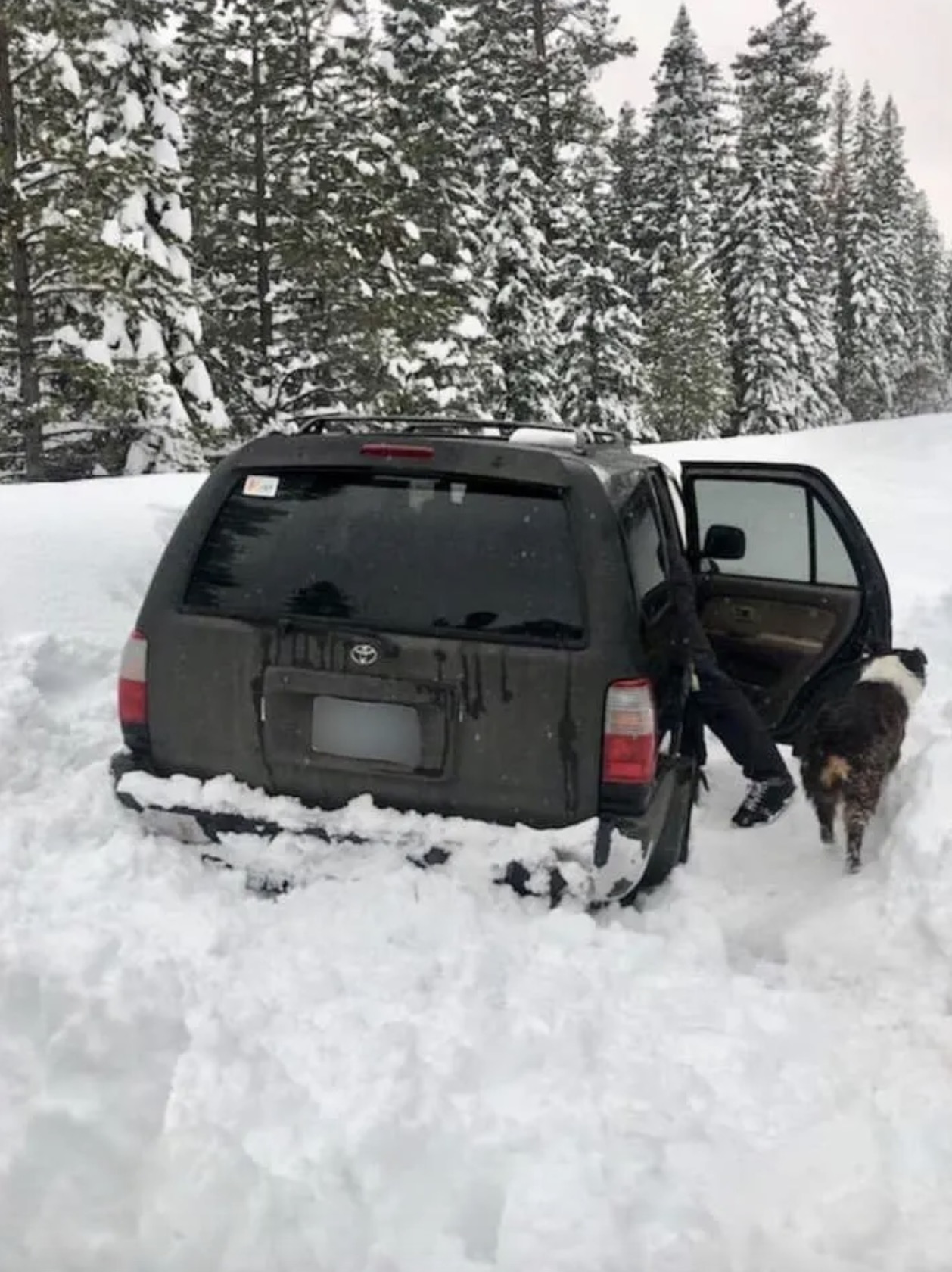 Jeremy and Ally spent the night in the car, but the next morning he discovered that more snow had fallen and the car was buried. Jeremy and Ally attempted to hike to safety, but the deep snow made it difficult and they returned to the car to wait for rescue.

According to the Deschutes County Sheriff’s Office, Jeremy and Ally spent the next four days trapped in the snow, periodically starting the car to stay warm. The only thing they had on hand that even remotely resembled food was a few packets of leftover Taco Bell hot sauce, so that’s what they ate.

By Friday morning, a snowmobiler spotted the car and contacted authorities. When rescuers arrived, they describe Jeremy and Ally as “in good condition, but hungry after being trapped in the snow.”

They were reunited with joyous family members. Later, Taylor went on Facebook to thank his family and friends. “Got lucky, lets never do that again,” he wrote. 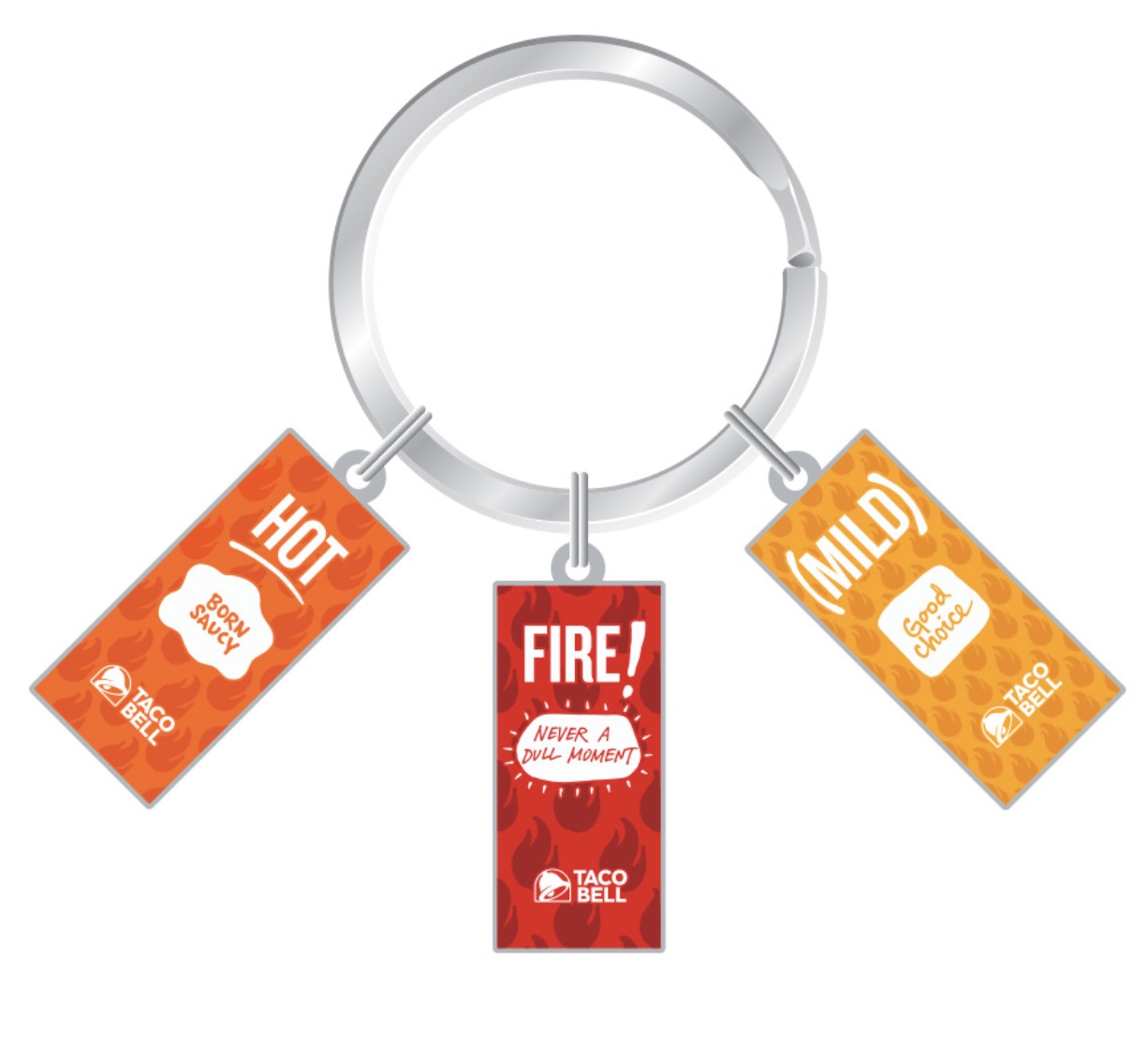 Jeremy would later write on Facebook that “Taco Bell hot sauce saves lives,” but it’s unlikely that three hot sauce packets literally kept Jeremy and Ally alive. According to Slate, which dug deeper into this story, The human body can go three to five days without water, but with plenty of snow around, Jeremy and Ally weren’t dying of thirst.

The body can also go up to three weeks without food, so they weren’t quite starving by the time they were rescued. Per the nutritional information, one tablespoon of Taco Bell Fire Sauce contains 0 calories, 0 grams of fat, 0 grams of carbs, 0 grams of protein, and 45 milligrams of sodium. Taylor only had a few packets on hand, but even if a person tried to survive on nothing but massive amounts of hot sauce, they would likely experience rapid weight loss, nausea, diarrhea, headaches, fatigue, constipation, and potentially gallstones. So, if you were considering switching to an all taco sauce diet, maybe hold off for now.

In an interview with KATU Oregon, Jeremy seemed to be aware that the hot sauce’s benefit was more psychological than nutritional:

“I was obviously hungry. I didn’t feel like I was like starving, but it was…I mean when you have nothing, it’s nice. You know, even hot sauce is gonna be something. There’s onions or jalapeños or something in there. There’s something that you can chew on for a quick second. Whether or not it’s any nutritional value or not, at least in your mind it’s something.” 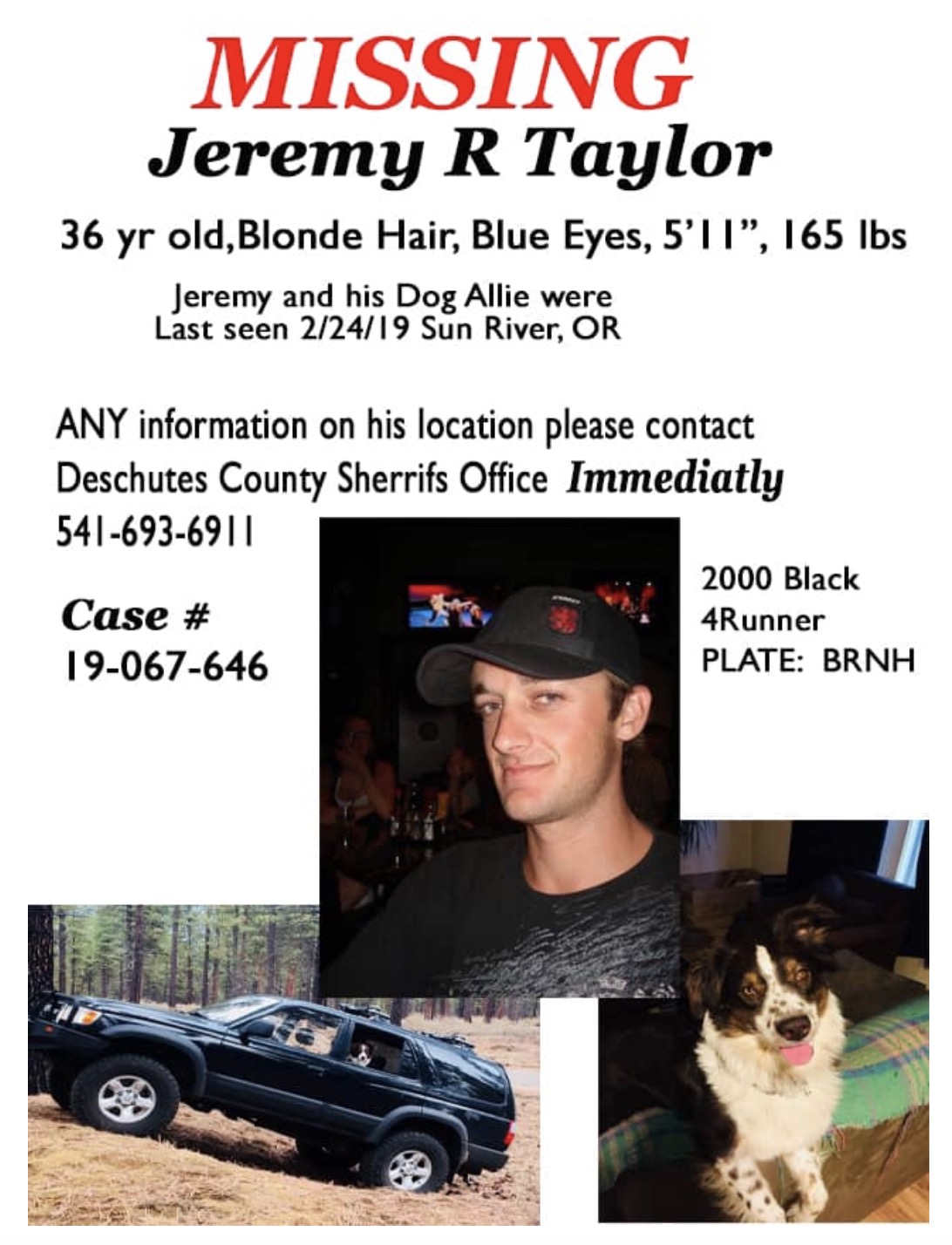 But even though Jeremy really didn’t “survive” on the sauce, it still makes for a great headline, and Taco Bell wasn’t going to pass up an opportunity to capitalize. Sure enough, the company gave Jeremy a free year’s supply of Taco Bell. (To which I say, hasn’t this man suffered enough?)

“We’re very glad Jeremy and Ally are okay,” Taco Bell wrote in a statement. “We know our sauce packets are amazing, but this takes it to a whole new level. We’re in touch with Jeremy and have sent him a well-deserved care package, a year’s supply of Taco Bell, and of course, all the sauce packets that come with it.” 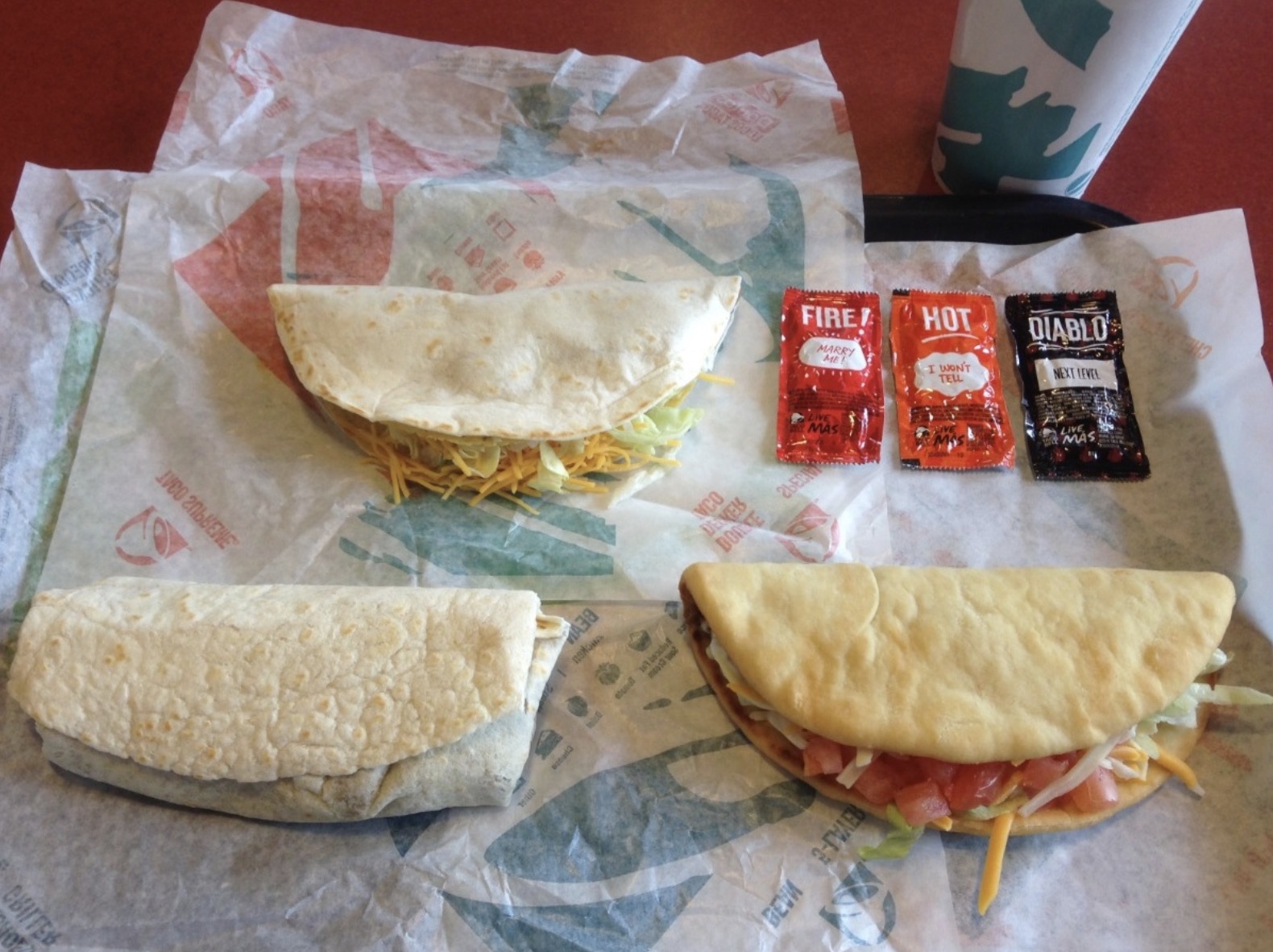 Strangely, this is the second time in a month that someone had a near-death experience involving Taco Bell hot sauce. On Monday, a man dining at a Taco Bell in Winter Haven, Florida, got up from his table to get some packets of hot sauce. Just then, an elderly man in an SUV crashed through the wall of the restaurant, right where the man was sitting. If not for the hot sauce, the man might not have survived. 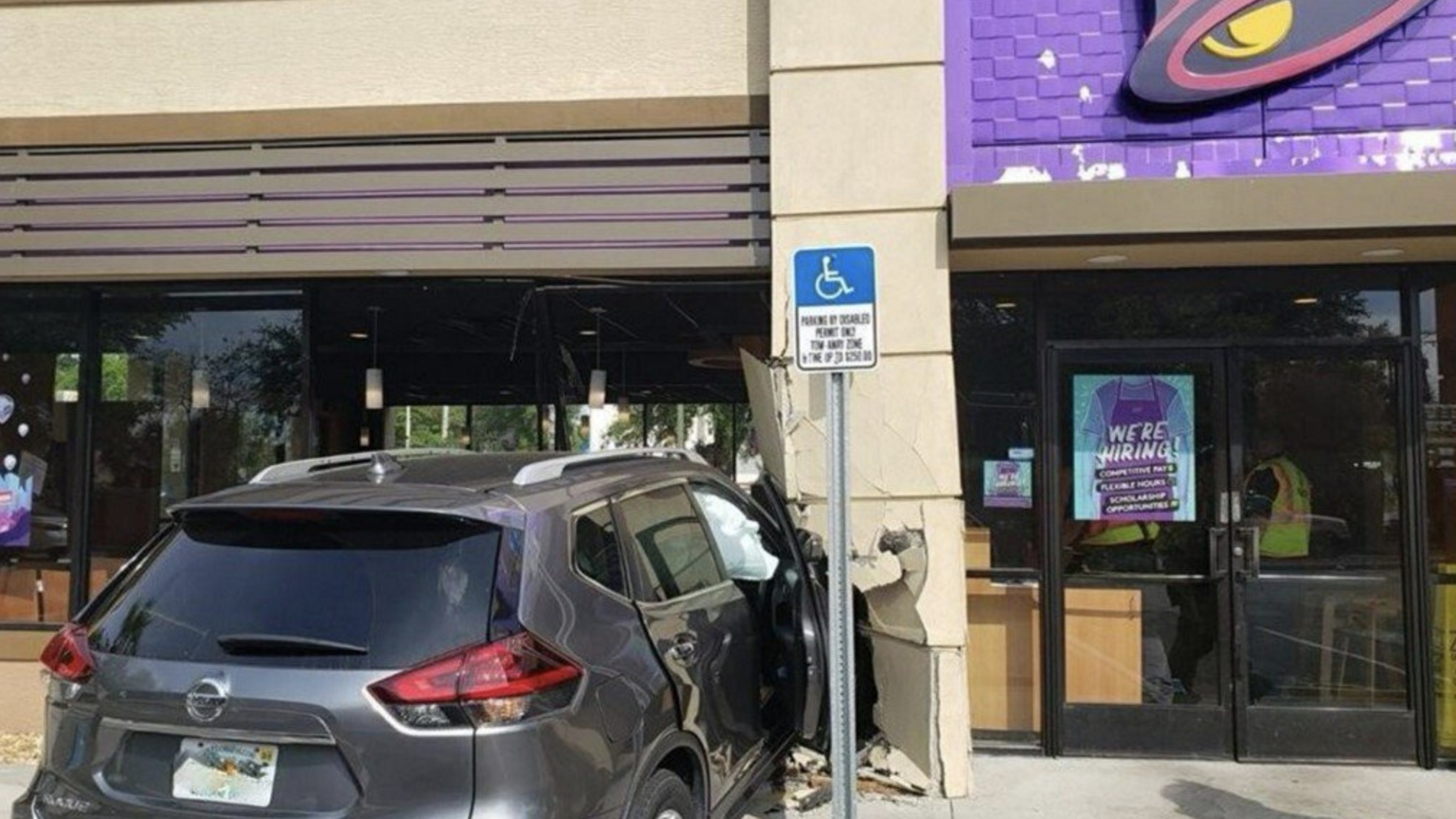 Again, hot sauce didn’t literally save that Florida man’s life, but this can’t be a coincidence. Clearly there’s something about Taco Bell sauce packets that protects people around them. Maybe they’re imbued with some sort of benevolent magic? Just in case, I will now be now be taking a daily bath in a tub full of Diablo Sauce. You can never be too careful.