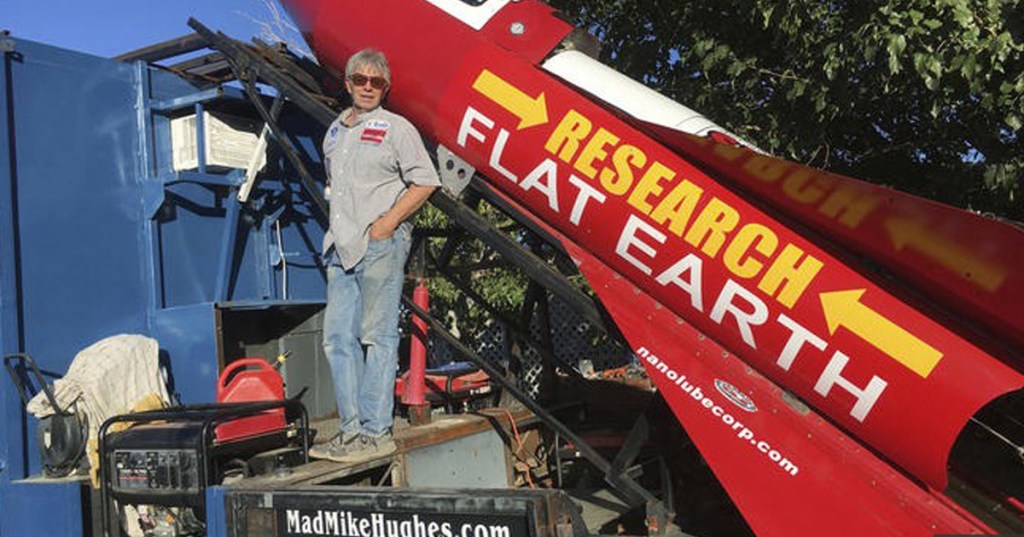 There are some jobs that you just can’t do if you’re “self-taught.” Surgeon, for example. If you’re going to cut people open with the hope that they’ll survive, you have to get years of training first. Same goes for other professions, like “hydroelectric engineer,” or “federal judge,” or “nuclear physicist.” But one California man is trying to change this rule for one job in particular: rocket scientist. How? By building his very own backyard rocket and blasting himself into space, all in the name of proving that the Earth is flat. 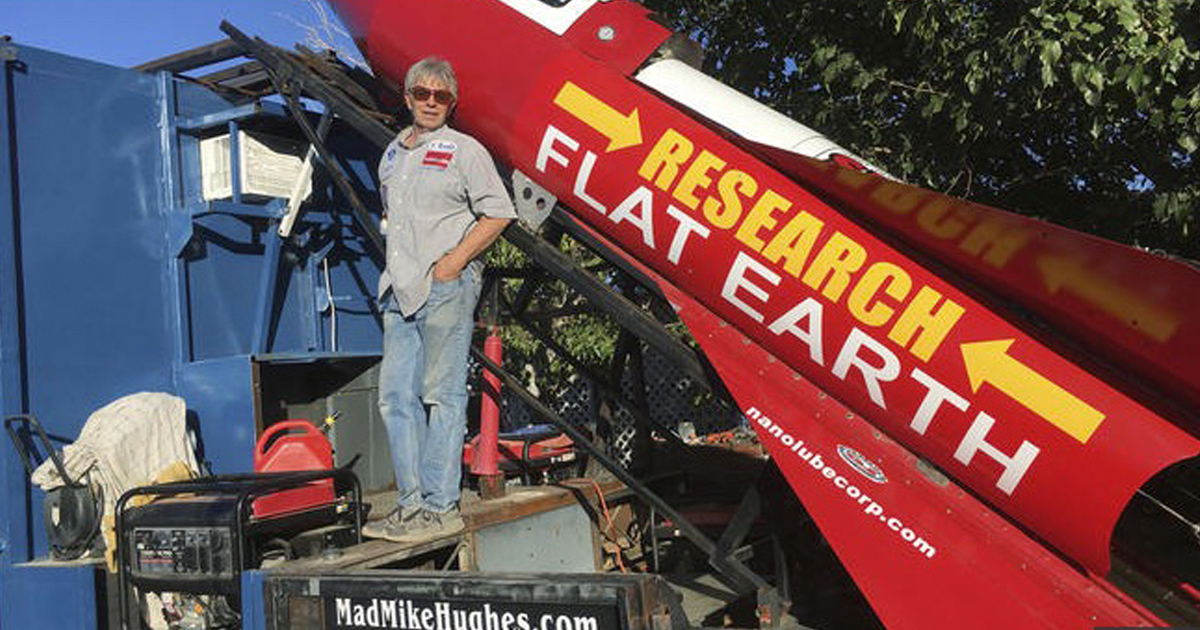 The plan is simple. On Saturday, Mr. Hughes will launch himself 1,800 ft. into the Earth’s atmosphere in a steam-powered rocket he built himself from scrap metal. Once he reaches his target altitude, he intends to photograph the Earth from outer space, proving once and for all that the Earth is flat.

“It’ll shut the door on this ‘ball earth,’” Hughes said during a call-in to a flat-Earth Internet talk show. 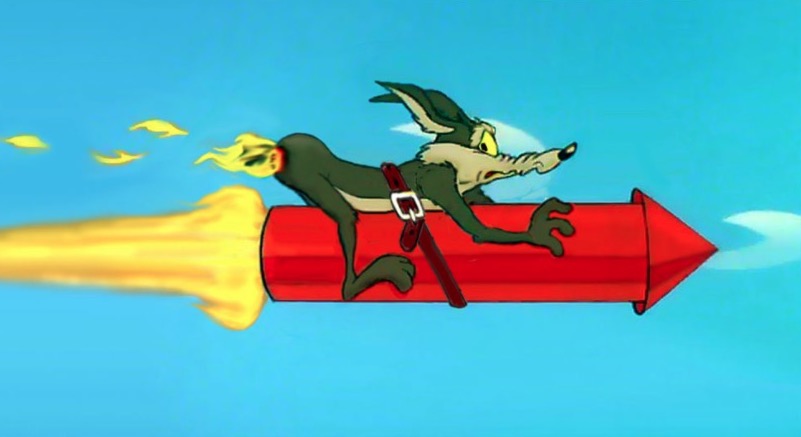 Mr. Hughes, a 61-year-old limo driver, has spent about $20,000 building his rocket, but some of that has come via donations. Still, that’s barely enough to cover the cost of building it, and there’s not enough money to test out the rocket first. But what Mr. Hughes lacks in funds, he makes up for in ambition. If all goes well, next year he plans to ride a balloon 20,000 feet above the Earth’s surface, and then use a jetpack to rocket himself into outer space.

And while he may not have an aerospace degree, Mr. Hughes does have experience with death-defying stunts. In 2002, he set a Guinness World Record for the world’s longest limo jump. Which is like that time I watched The Cat In The Hat movie, and used the knowledge I gained from that experience to perform gallstone surgery on my neighbor’s tabby. Both my neighbor and the tabby didn’t appreciate it, but you can’t let the doubters get in your way. 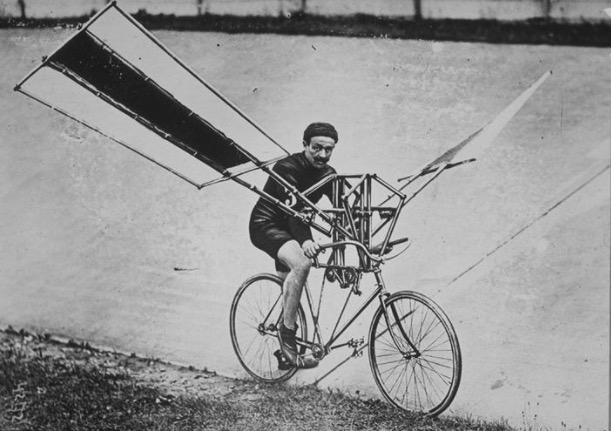 This is also not the first time Mr. Hughes has attempted manned space flight with homemade rockets. In 2012, during a “test fire,” Mr. Hughes overcame technical difficulties by poking a rocket with a stick.

And in 2014, he managed to ride a rocket a quarter-mile off the ground before crashing and being pulled from the wreckage.

Mr. Hughes is a recent convert to Flat Earth Theory, but his belief is steadfast. Like many Flat-Earthers, Hughes believes that Planet Earth is actually a giant flat disc surrounded by a ring of sea ice–what we call the North and South poles. And what’s beyond the ice? Nobody knows, as it hasn’t been explored yet. 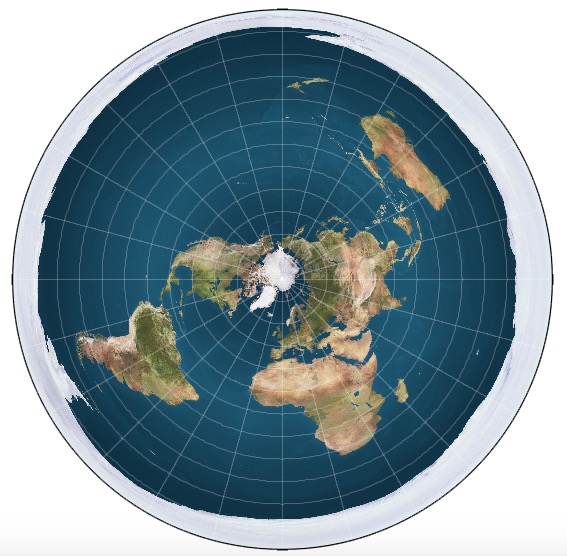 Pictured: a very scientific model of the flat Earth.

The “Earth is round” falsehood, Flat Earthers believe, is a government conspiracy started by the Freemasons–Hughes notes that astronauts John Glenn and Neil Armstrong were both members of the secretive men’s social club. According to Hughes, anyone claiming to be an astronaut is really a paid actor, and any footage purported to be taken in space or on the Moon is “CGI.”

And if you doubt any of this, Hughes has a response at the ready: “I researched it for several months.” 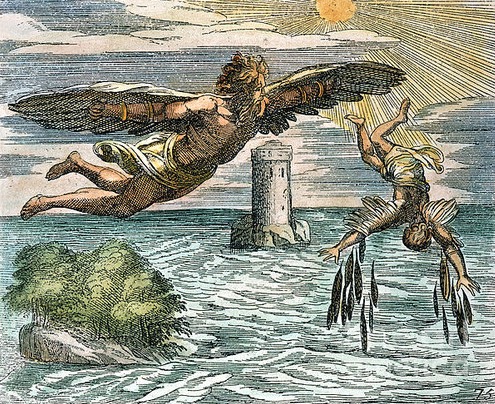 The project isn’t just a scientific pursuit. Mr. Hughes and his backers hope to thumb their noses at the huge government agencies and wealthy CEOs who until now have dominated aerospace development. “We want to do this and basically thumb our noses at all these billionaires trying to do this,” Hughes said. In fact, Flat-Earthers count Tesla CEO Elon Musk as part of the conspiracy, faking up his recent “rocket launches” with the help of blimps. 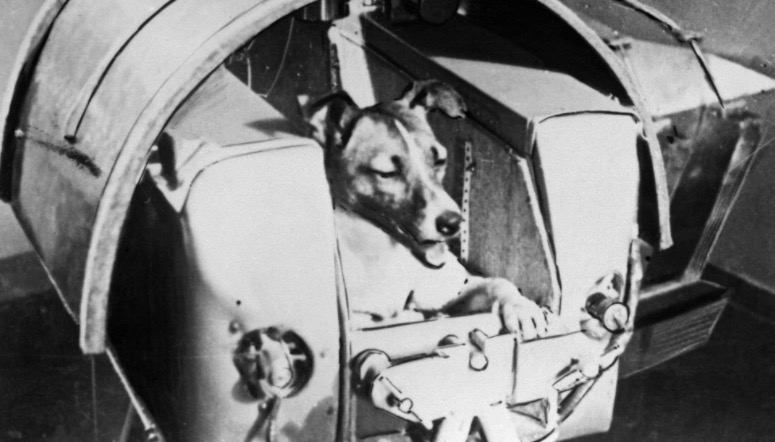 Pictured: Laika the Soviet space dog, who is up in Dog Heaven right now laughing at us.

At least the folks at the Darwin Awards still have plenty of time to engrave Mr. Hughes’s plaque.