15 Condom Wrappers That Will Make You Go Hmmm

Condoms are a part of life, and they’re great at what they do. I bet you that of all the times people have ever used a condom, not once has somebody said, “You know what? This thing works perfectly fine, I just wish the wrapper had more jokes.”

But that’s not stopping some condom makers! Because apparently in the condom industry, a condom isn’t really a condom unless the wrapper has a funny on it. Let’s take a look at some of the worst offenders. 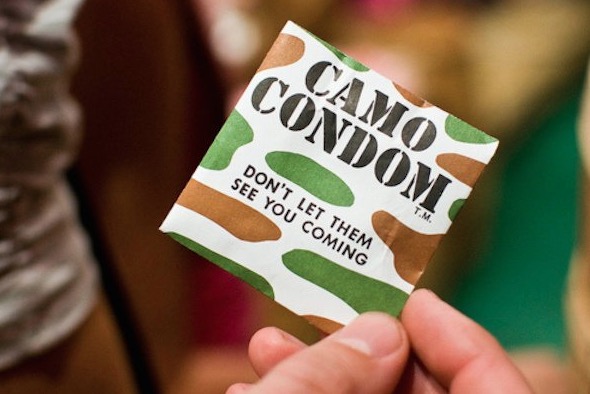 Yeah yeah yeah, Trojan might have “ribbed for her pleasure,” but we have jokes that give NOBODY pleasure! 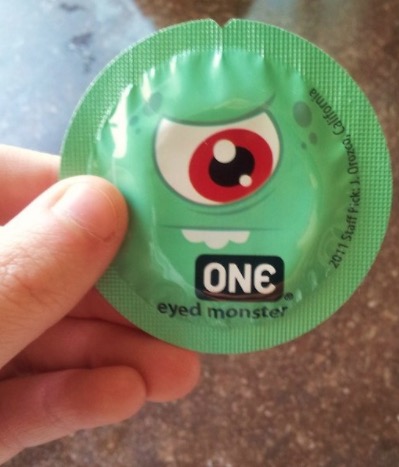 Decorating your condom wrapper with a character from a Pixar movie? I see nothing weird about that! 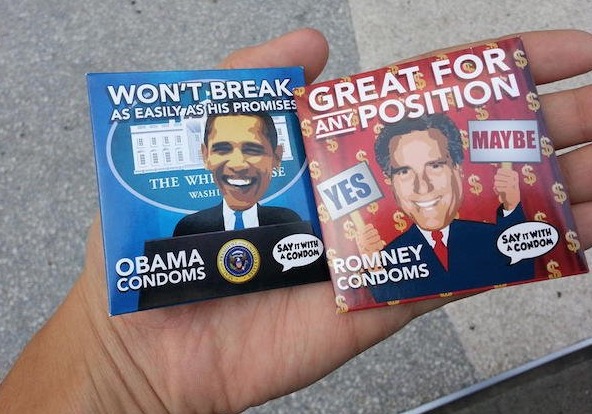 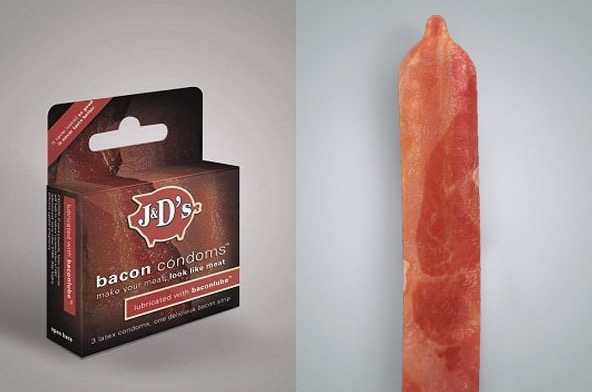 “Bacon! It’s in EVERYTHING now!” said your “funny” coworker, right before crying himself to sleep again. 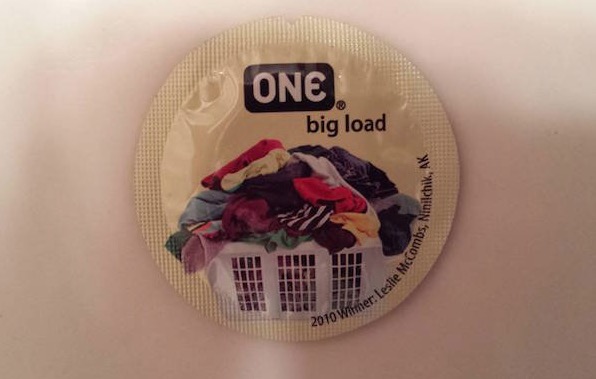 Apparently there’s nothing better to do in Ninilchik, Alaska than submit jokes to condom companies. I hear they’re about to get their first Blockbuster Video! 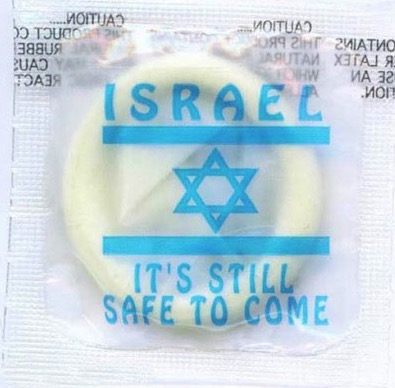 Something tells me these condoms aren’t officially endorsed by the government of Israel.

7. Lord Of The Rubbers 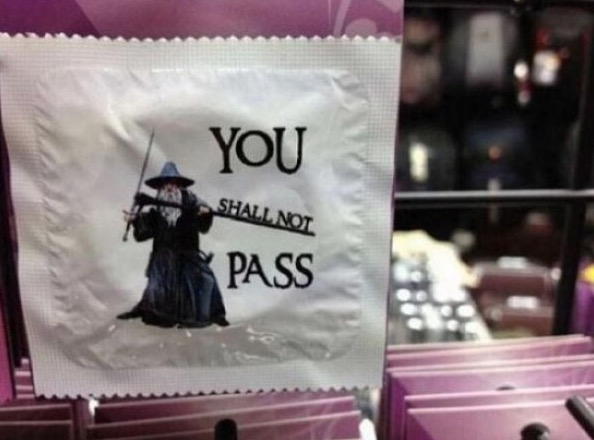 Well, if you’re gonna use a LOTR quote to talk about your penis, this is better than, “It is a strange fate that we should suffer so much fear and doubt over so small a thing.” 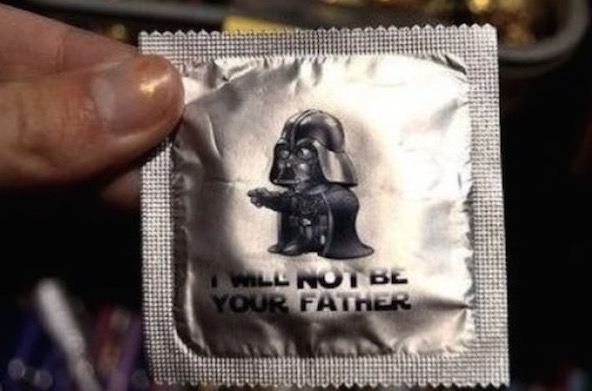 Well, if you’re gonna use a Star Wars quote to talk about your penis, this is better than “And I thought they smelled bad on the outside.” 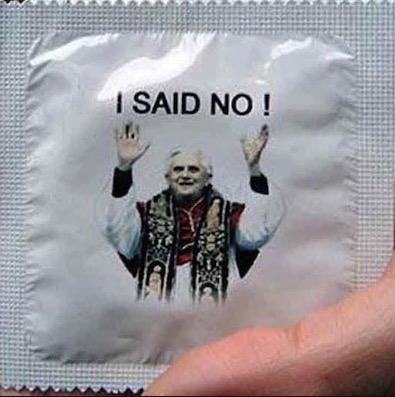 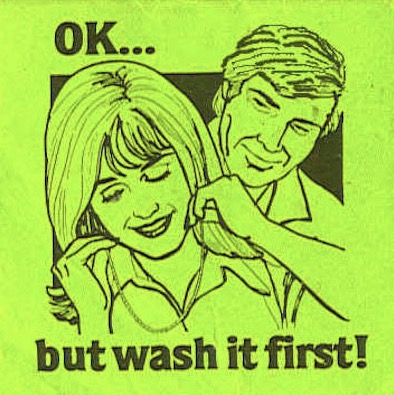 Nothing gets me in the mood like when I’m given a condom that says, “Your genitals smell like if a wet dog that gave birth to a pile of medical waste.” 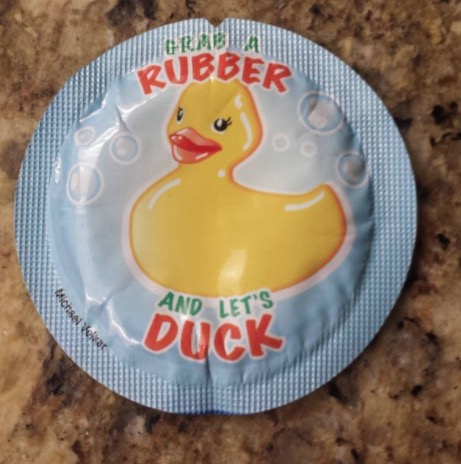 Actually, parents, if you don’t want your kids to ever have sex, skip the abstinence talk and just them these. 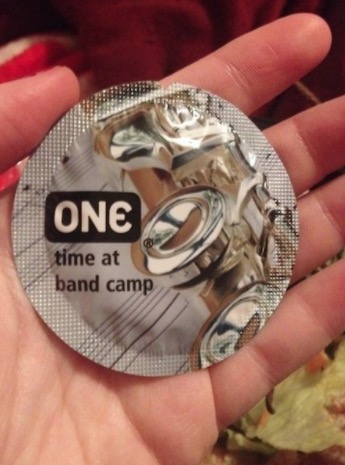 CONDOM COMPANY CEO: Put a quote on the wrapper from the movie where the kid has sex with the pie. Also, is 10 a.m. too early to start drinking? 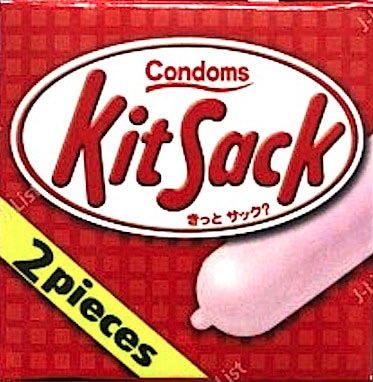 Man. Puns are so easy that it’s kind of impressive when someone screws them up so badly. This condom wrapper is like if you tried to make a piece of toast and you blew up your whole apartment building. 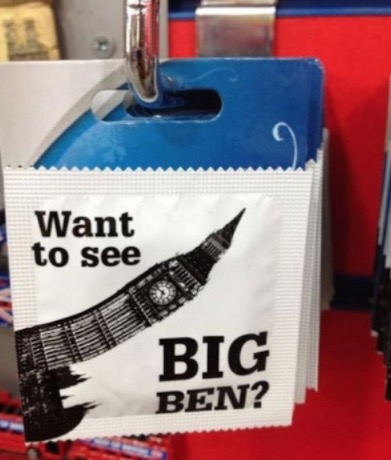 Luckily for this condom, the British didn’t go with their first name for Big Ben, “Flaccid Mike.” 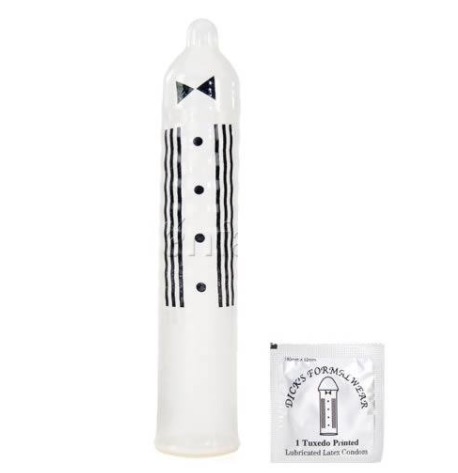 It’s nice to get all dressed up for your date. Really shows you care.