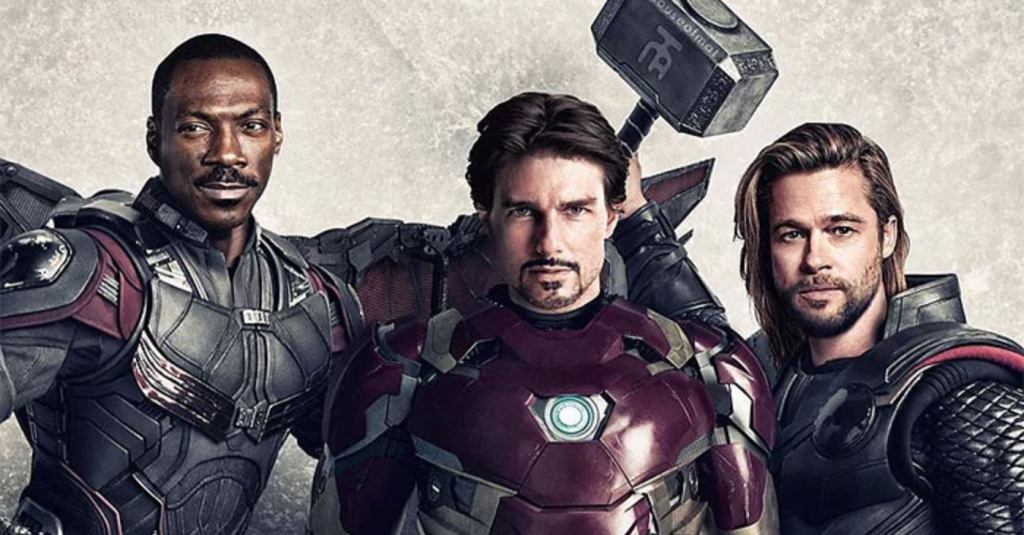 Avengers: Endgame is already the second-highest grossing film of all time, racking up over $2 billion at the box office since it premiered on April 26th, 2019. Success is nothing new for Marvel Studios, either–Endgame is the franchise’s 22nd film in the past 11 years, grossing a staggering $20 billion. And with 20 more films planned for the future, the MCU’s money hose won’t be shut off any time soon.

But it’s easy to forget that Marvel’s film prospects were once bleak. In 1995, when Marvel Studios was founded, the company was almost bankrupt and the rights to many of its characters were locked up in legal disputes. Eventually Marvel got their act together and started cranking out hits like Blade and X-Men, and the company became the movie behemoth we know and love today.

But it’s always fun to imagine what could have been. Like, what if Marvel had been able to make The Avengers back in the 90’s? Well, a digital artist named Mat, who runs @houseofmat, did exactly that, by recasting Avengers: Endgame with the biggest box office stars of the 1990’s. It’s the role they were born to play…if only they’d been born 20 years later. (via Bored Panda)

But some fans had alternate suggestions:

Hopefully, Mat of @houseofmat will continue reimagining Marvel casting with different stars from each decade, going all the way back to the 1920s. I like Rudolph Valentino for Iron Man, Lillian Gish for Black Widow, and Charlie Chaplin for Ant Man.