Guy Has Leg Amputated, Serves Friends Tacos Filled With His Foot Meat Because His Foot Is Delicious

Some folks consider themselves “foodies.” They love trying new and exotic dishes, always searching for the next culinary adventure. But for one foodie, the ultimate delicacy was right under his nose the whole time. Literally. Because it was his own foot.

Last week, a UK man who goes by IncrediblyShinyShart made a Reddit Ask Me Anything post titled “Hi all, I am a man who ate a portion of his own amputated leg.” The story begins two years ago, when the man was hit by a car while riding a motorcycle. It was a gnarly accident.

Here’s an X-ray of his foot. It’s the only post-accident photo we can show you without you immediately throwing up. If you really want see what his actual foot looked like you can click through, you sicko. 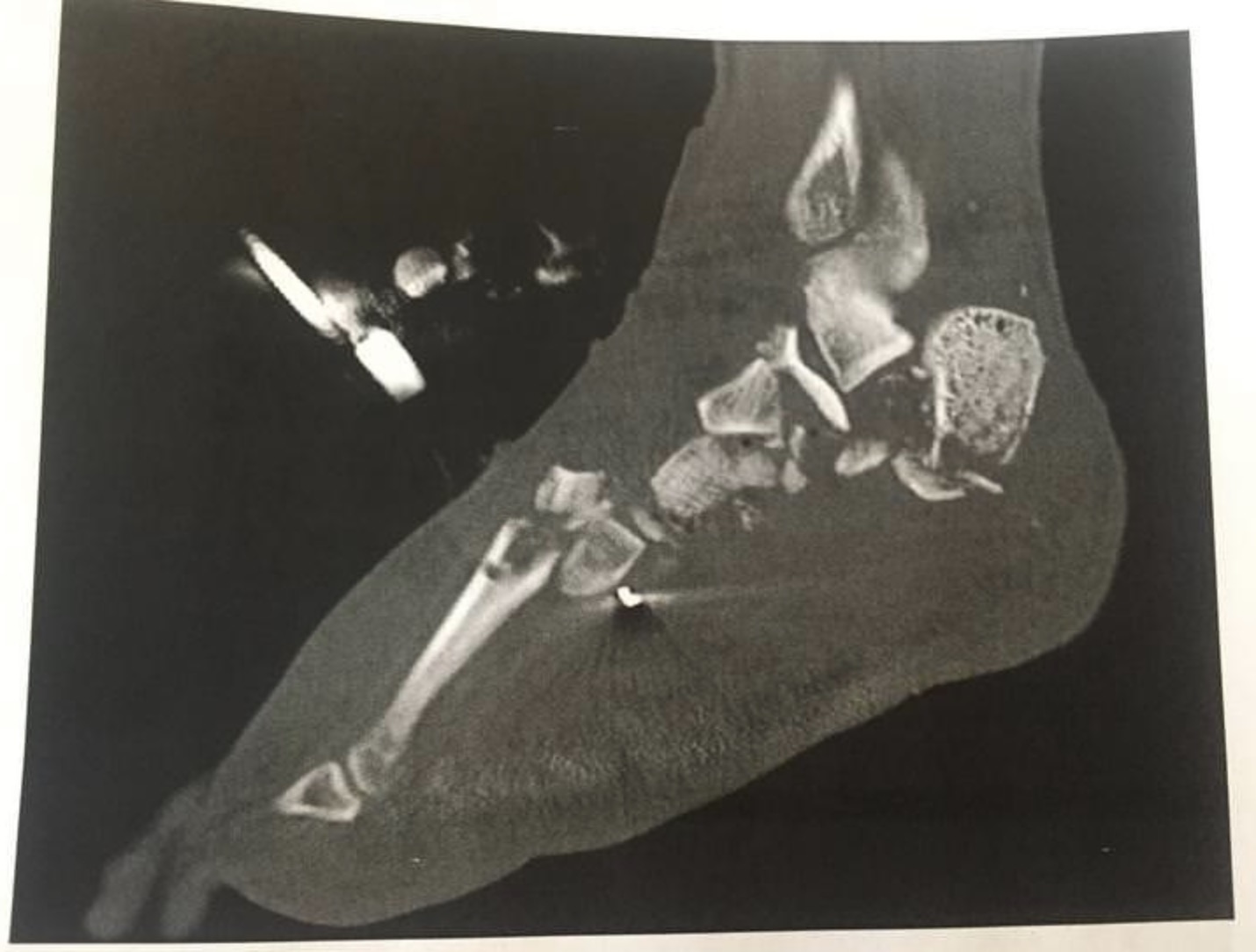 The man would never be able to walk on his foot again, so he decided to have it amputated.

The man happened to have a group of friends with a morbid sense of humor. As he explained on Reddit, “[We] always had this joke, if you could try human flesh in an ethical and healthy way, would you?” This joke had only been theoretical, but due to the accident the man now saw an opportunity. Since his foot was already being amputated…why not see how it tastes?

And so, he invited his friends over for a foot brunch.

They were understandably confused. “I think there was a lot of ‘Wait, really?’ Kinda hoping that I’m joking,” he said. But he wasn’t joking, and ten of his friends took him up on his offer. TEN!!!!!!

(Meanwhile I can’t even get ten of my friends to come to a comedy show, but whatever.)

Before he could serve up some foot, he had to get the OK from his doctors. They only agreed once he signed a waiver, which he did. Eventually the man was able to take about 3oz of foot meat home from the hospital.

Here is what that looks like. I am so sorry to you and all of your lunches: 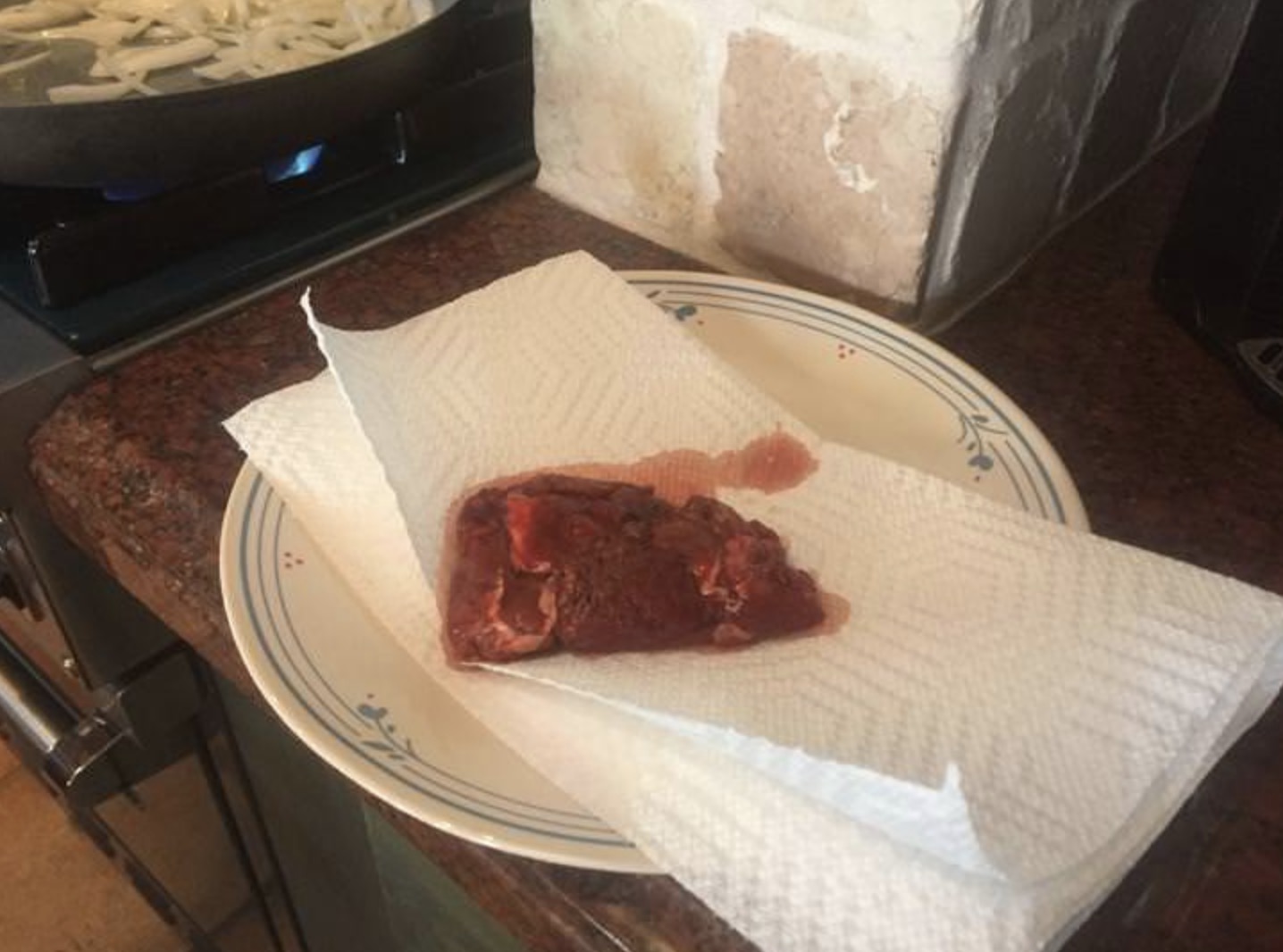 Now it was time to cook the foot. The man decided his foot would best be served as a taco. He fried up the foot meat with onion, peppers, and some lime juice.

Here’s a photo that will forever ruin Chipotle for you: 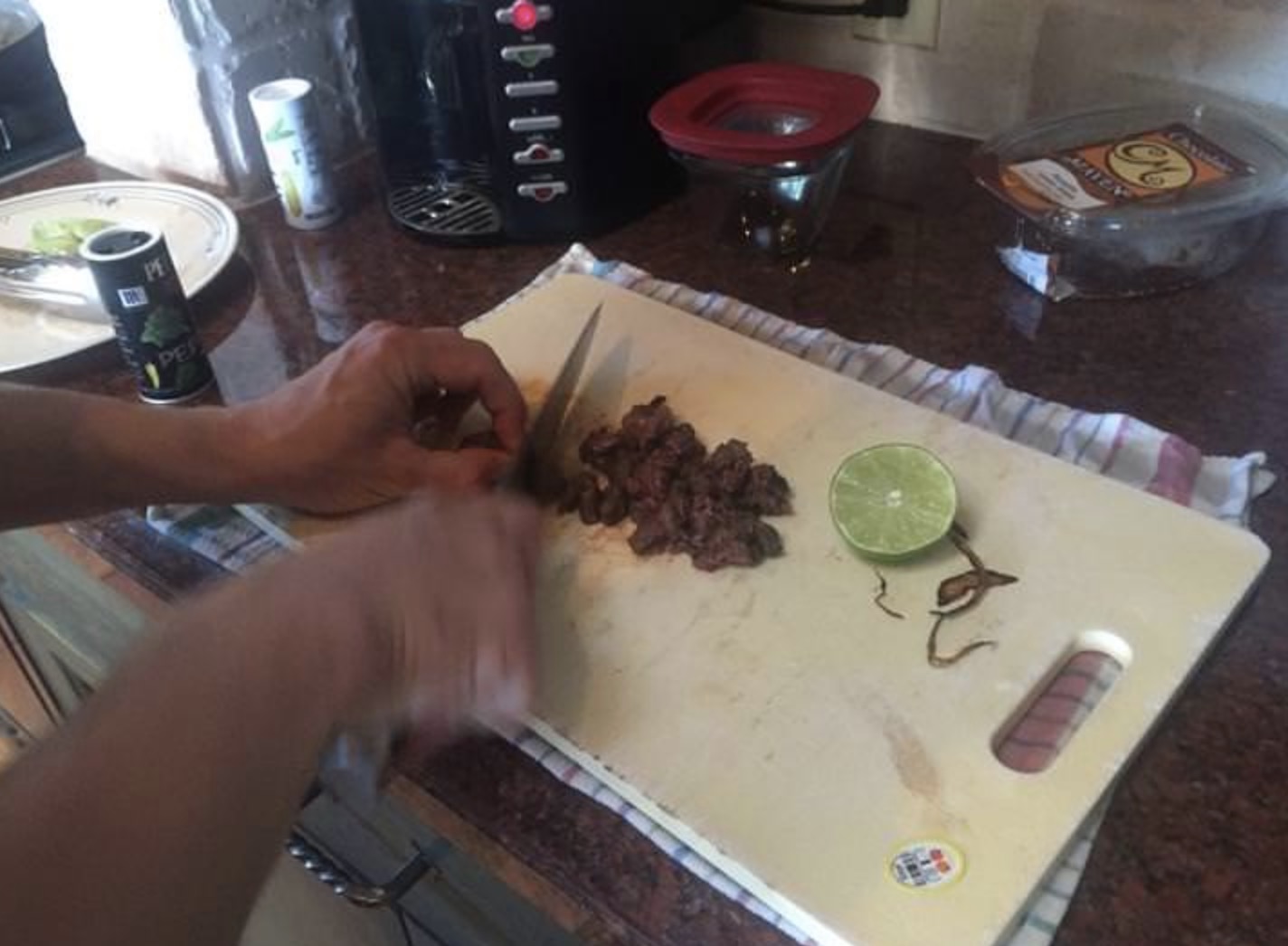 Fried foot meat apparently has the texture of bison meat, but tougher. 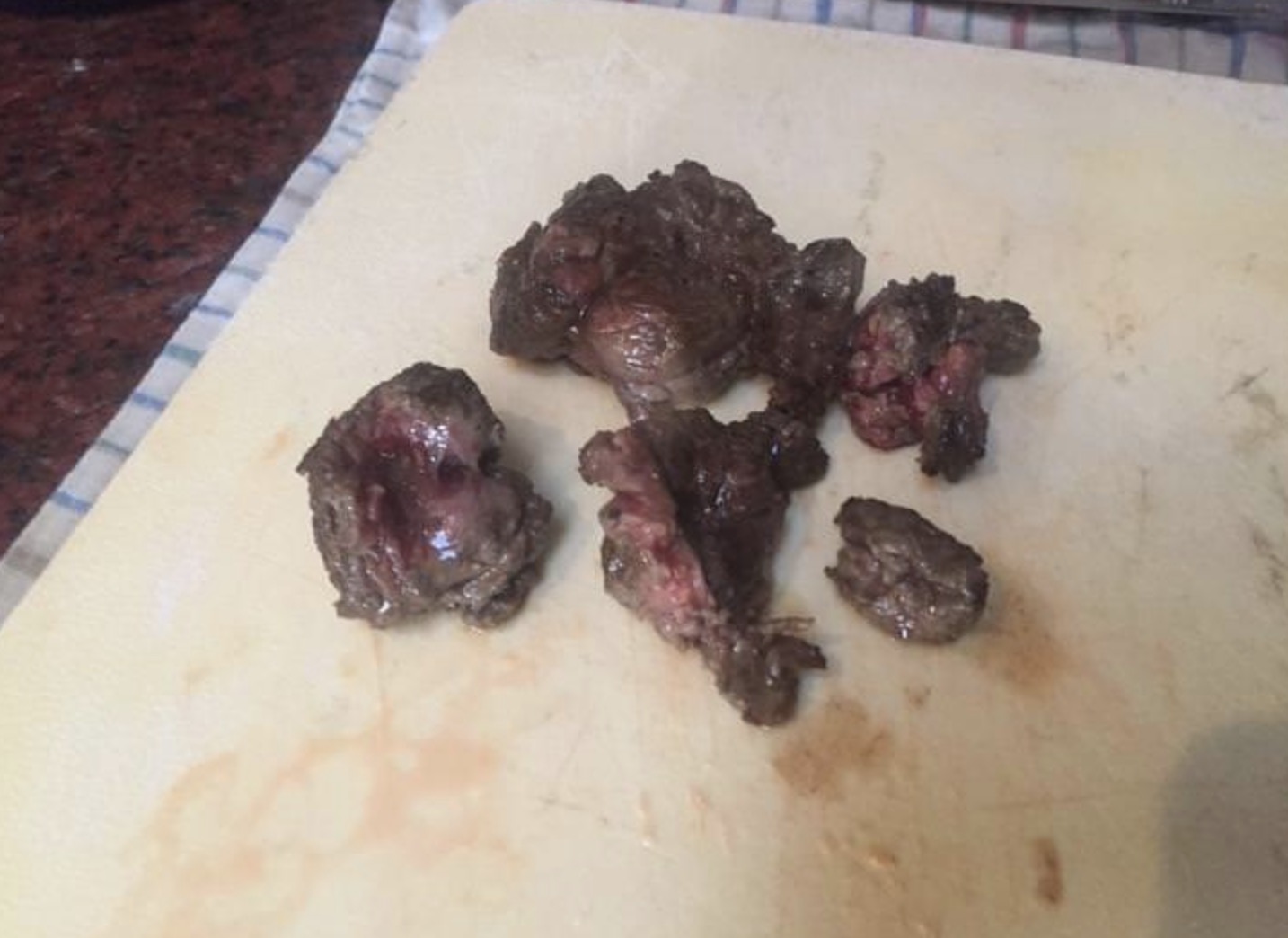 Once the meat was done, it was time to fill the tacos. 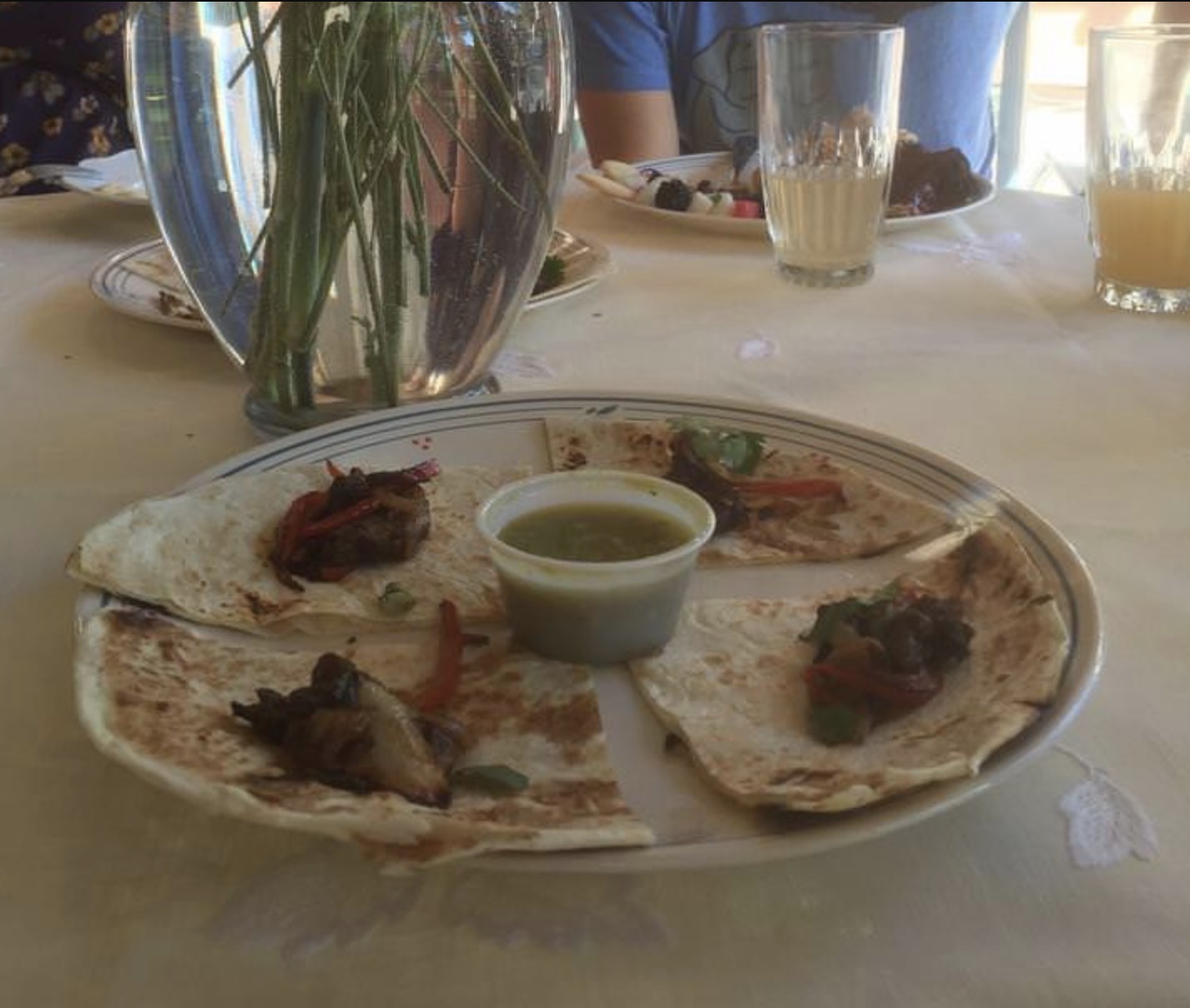 OK, lemme stop the story for a sec and just say, I live in Los Angeles, so I feel like I have to say this…even without the foot meat, that’s the worst “taco” I’ve ever seen. The meat doesn’t begin to fill the taco, so that’s strike one. No cilantro or diced tomatoes? Strike two. Cutting a big tortilla into triangles rather than just buying small round ones? I know you’re from the UK, but I’m still calling strike three. This looks more like a quesadilla without any filling, made by someone who’s never had Mexican food before.

But it was way too late to back out, so the man and his friends went ahead and ate the foot tacos, hopefully with massive amounts of tequila. 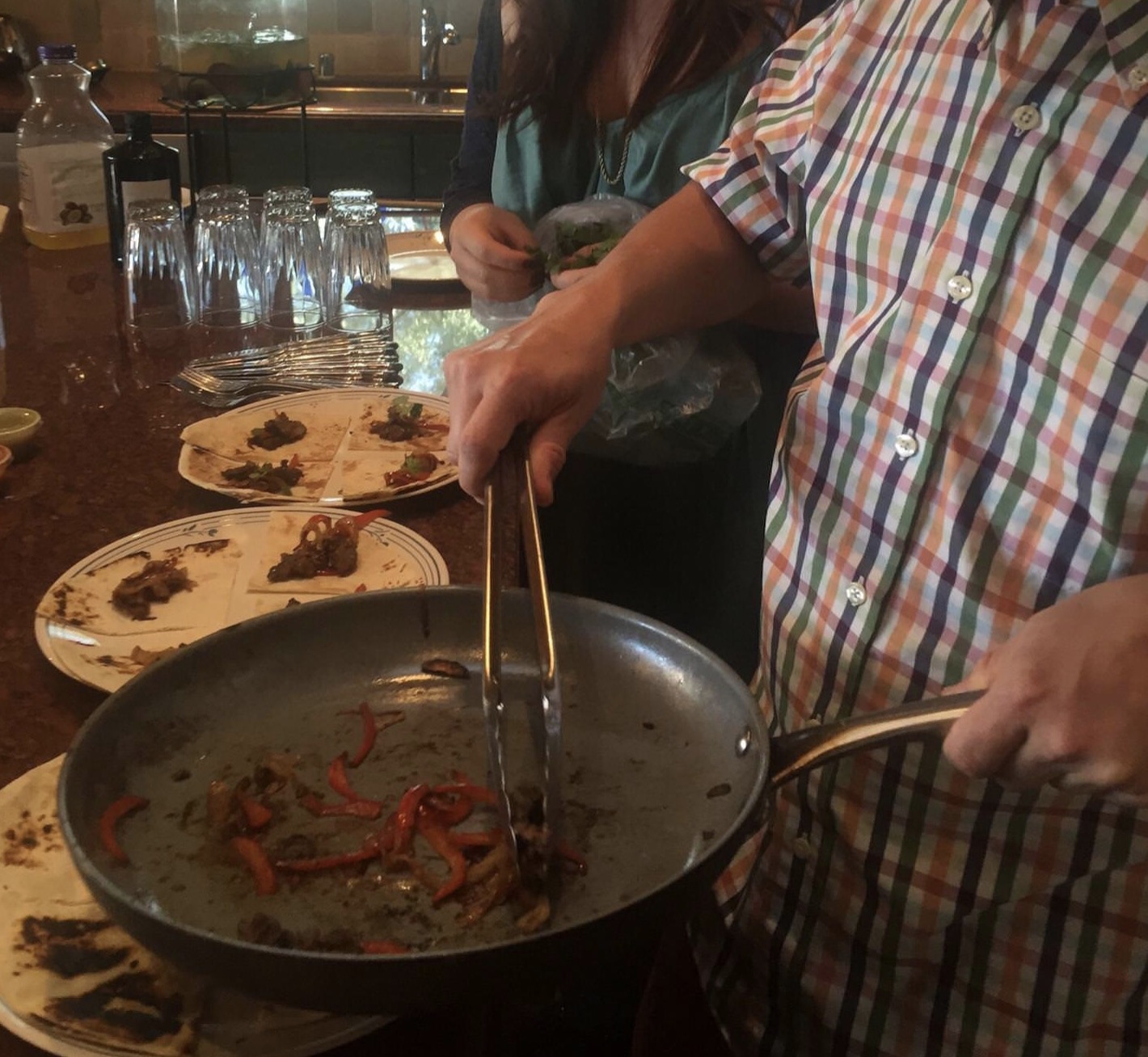 How was it? A tad underwhelming!

“I would give it a solid 6.5 out of 10, but keep in mind that I have had a lot of good food,” the man wrote. “So it’s way better than a hot dog or regular burger. Maybe equal with regular bacon, which is pretty decent. But nowhere near as good as butter seared sea scallops or a rare sous vide tenderloin seared in grape seed oil in a cast iron pan.”

Imagine going through all that, and your response is “Meh, could have been better.” Now that’s a true foodie.

But if there’s one takeaway from our story, it’s this: if you’re going to serve your own foot, tacos are a bad choice. There’s just not enough meat to feed 11 people. Our friend would have done better by sautéing his foot and spreading it on some nice toasted crostini. Maybe with a little olive oil, sea salt, and basil.