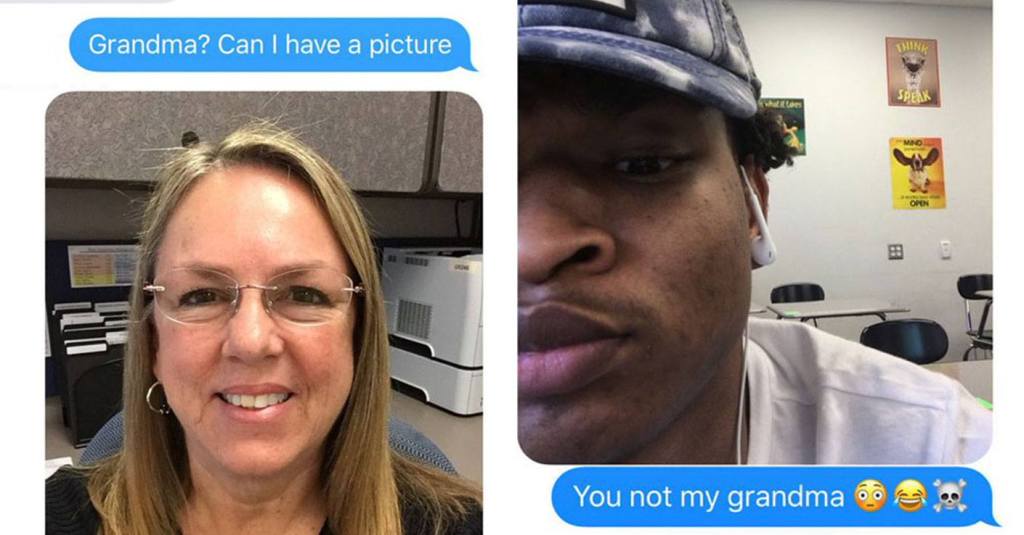 All of us have probably sent a wrong number text a few times in our lives. Usually when this happens, the confusion is quickly cleared up and both people move on. But for two Arizona strangers, one wrong number text has turned into an unlikely friendship–and it’s even spawned a holiday tradition.

You might remember this story when it started in 2016. Back then, Mesa, AZ resident Wanda Dench texted a number she thought belonged to her grandson. However, her grandson had recently changed his number and forgot to tell Wanda, so instead the text went to Phoenix resident Jamal Hinton.

Jamal and Wanda were both understandably confused. 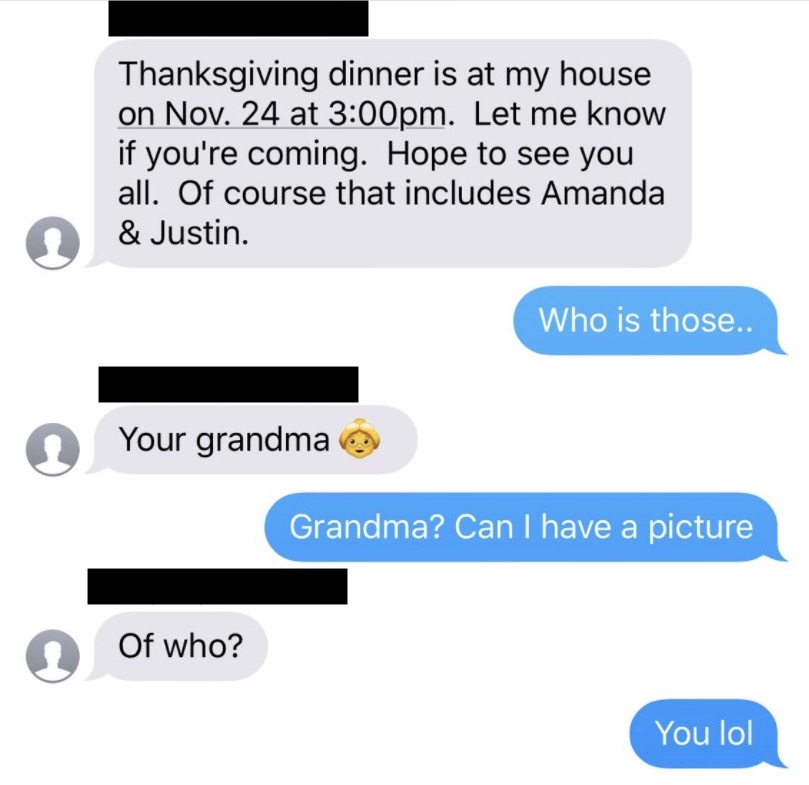 After swapping pictures, the two realized that it was a wrong number. 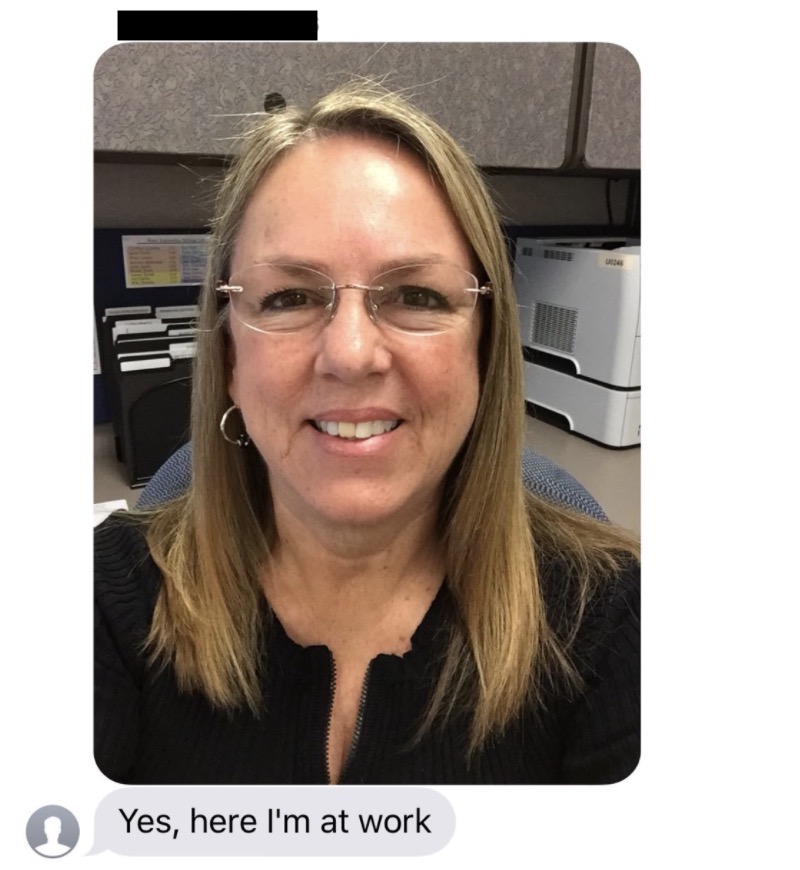 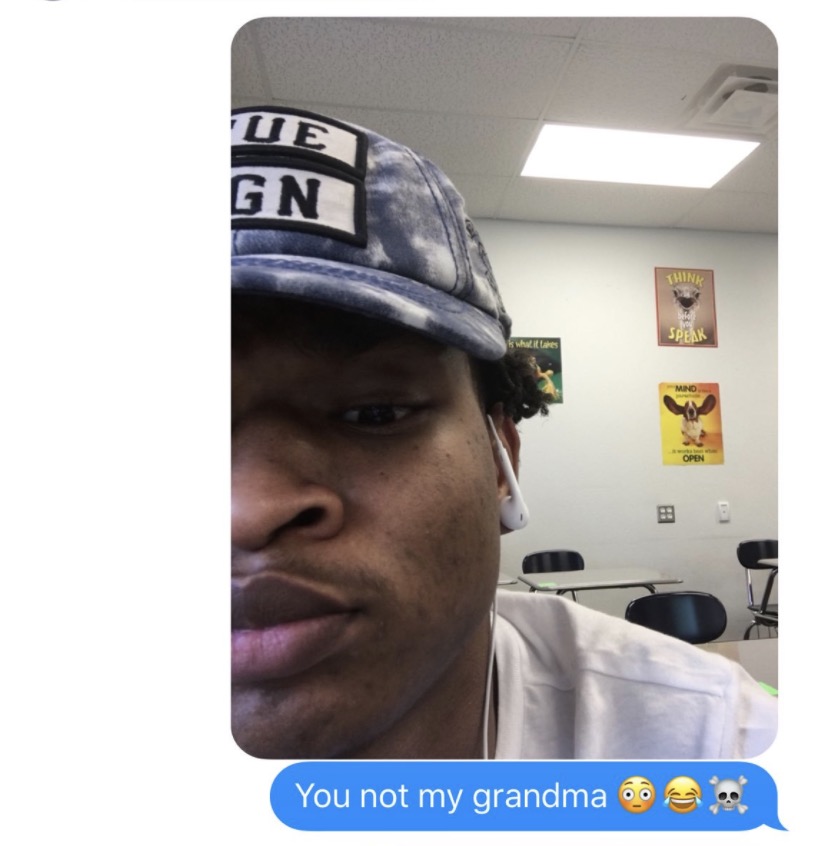 Jamal, amused by the situation, decided to have a little more fun and ask Wanda if he could still attend Thanksgiving dinner. And she said yes!

Wanda’s actual grandson, Randall Burgoyne, wasn’t surprised that his grandma would honor her accidental invitation, saying at the time that their family has an open-door policy, welcoming friends who want to join them for the holidays.

When the big day arrived, Jamal, Wanda, and Wanda’s family enjoyed a meal and conversation together. The day was a success–even if Jamal forgot the pumpkin pie he’d promised to bring.

“I hope this shows people we don’t need to care about the color of someone’s skin, or even if we know each other, to know that we can all get along,” said Randall. 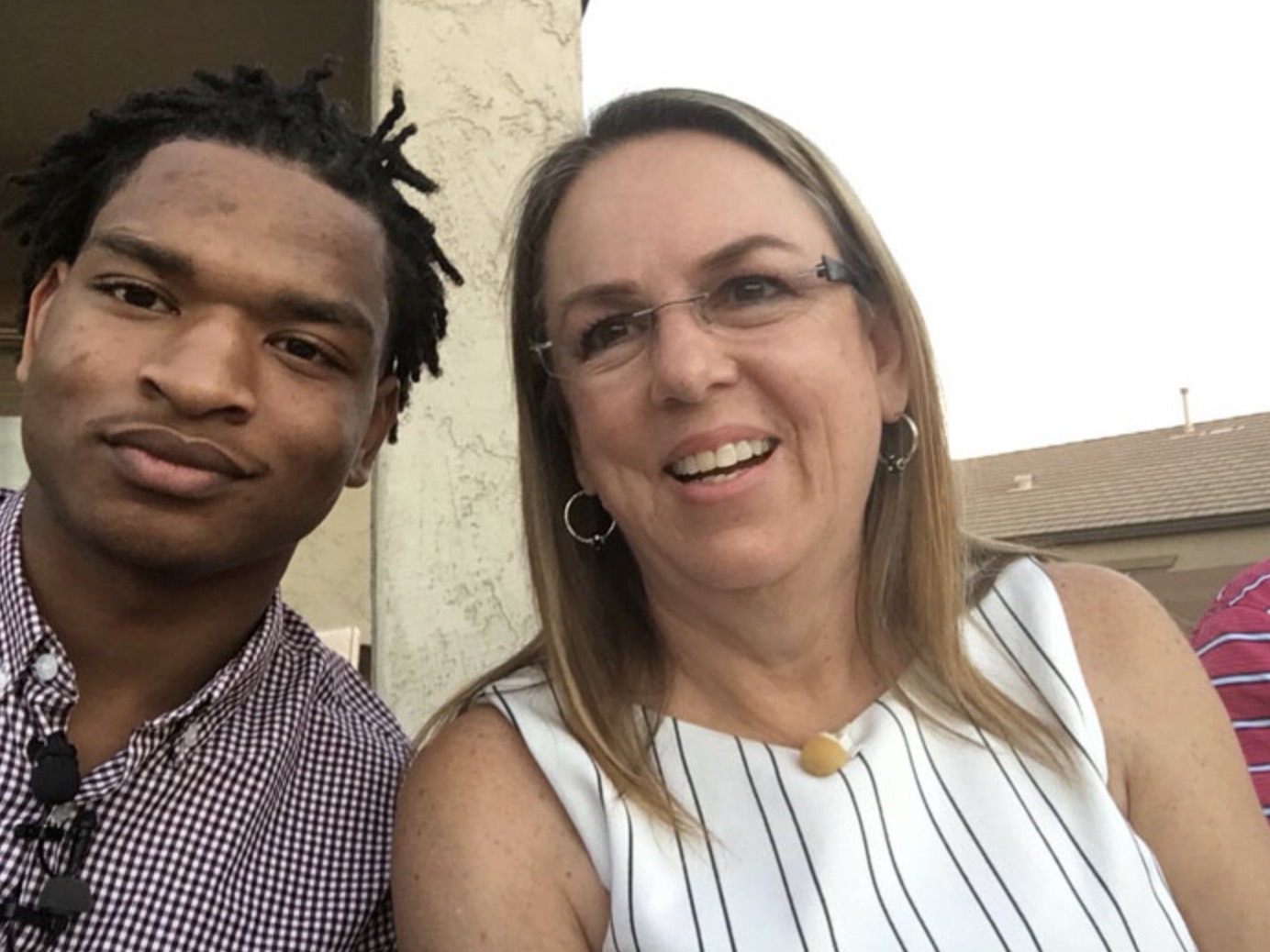 Jamal’s friend would later post the conversation on Twitter, where it went viral. Jamal and Wanda’s story received hundreds of thousands of likes and shares as people fell in love with them.

But the story didn’t end after the meal was over. Jamal and Wanda hit it off so well at Thanksgiving dinner 2016 that they became close. Wanda declared Jamal her “honorary grandson,” and Jamal thinks of Wanda as another grandmother. Over the next year they would chat about once a week, with Wanda asking Jamal about his plans for the future, which include going to law school and becoming a sports agent.

“For him to continue with the relationship, I’m just really pleasantly surprised,” Dench told USA Today. “We’re more of extended family and, best of all, friends.”

When Thanksgiving 2017 rolled around, Wanda invited Jamal back for seconds. He accepted, and this time, he brought his girlfriend Mikaela Grubbs–along with some pumpkin pie, this time. Jamal and Mikaela enjoyed an afternoon with Wanda’s extended family before heading over to his actual grandma’s house that evening.

Speaking of his maternal grandmother, Jamal said that she’s “a little bit jealous, but she likes it too, she likes seeing me on TV.” 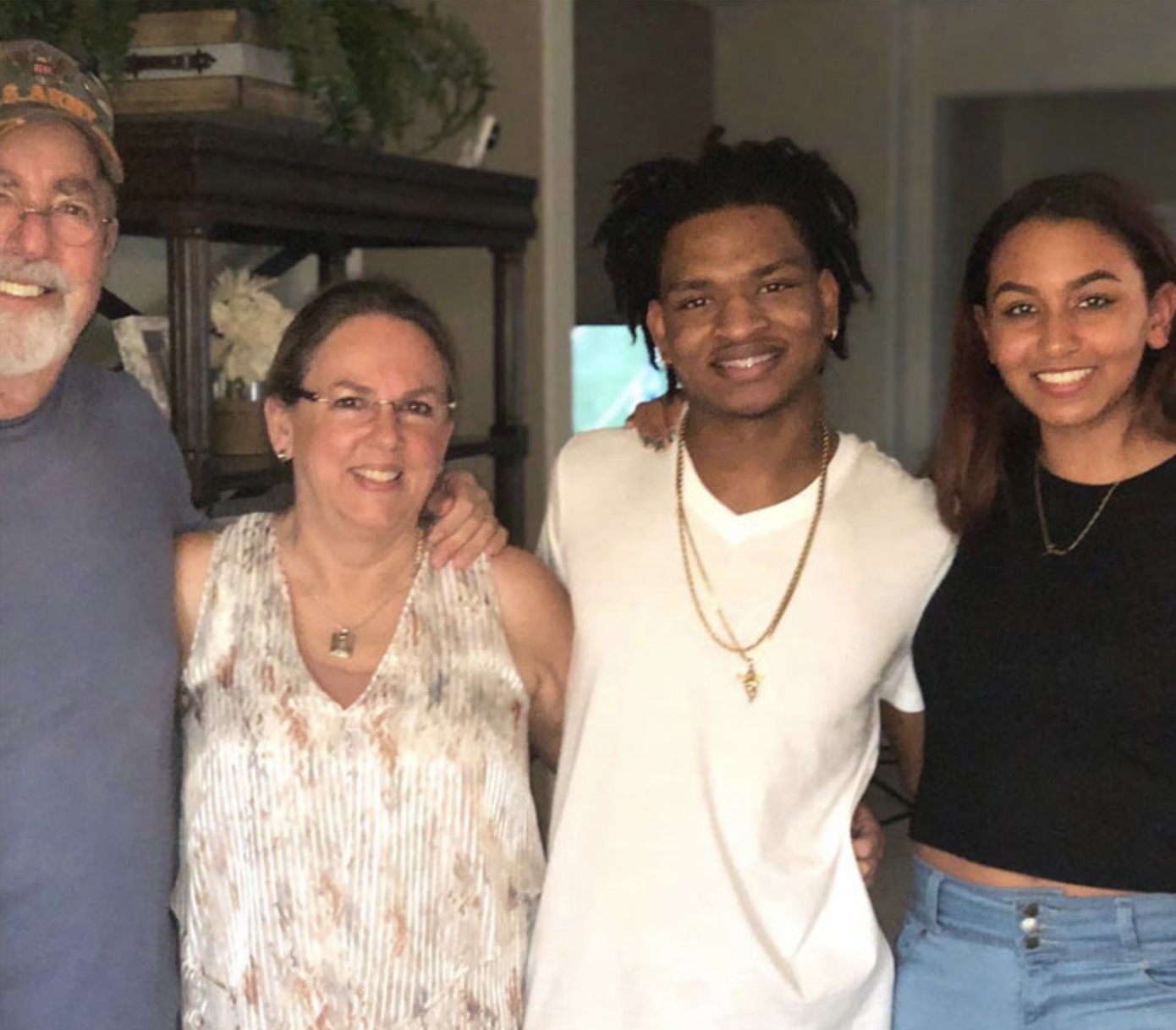 By 2018, Wanda’s Thanksgiving invitation had become a standing invite. Since Jamal and Mikaela didn’t have any other Thanksgiving plans, their attendance was a no-brainer. 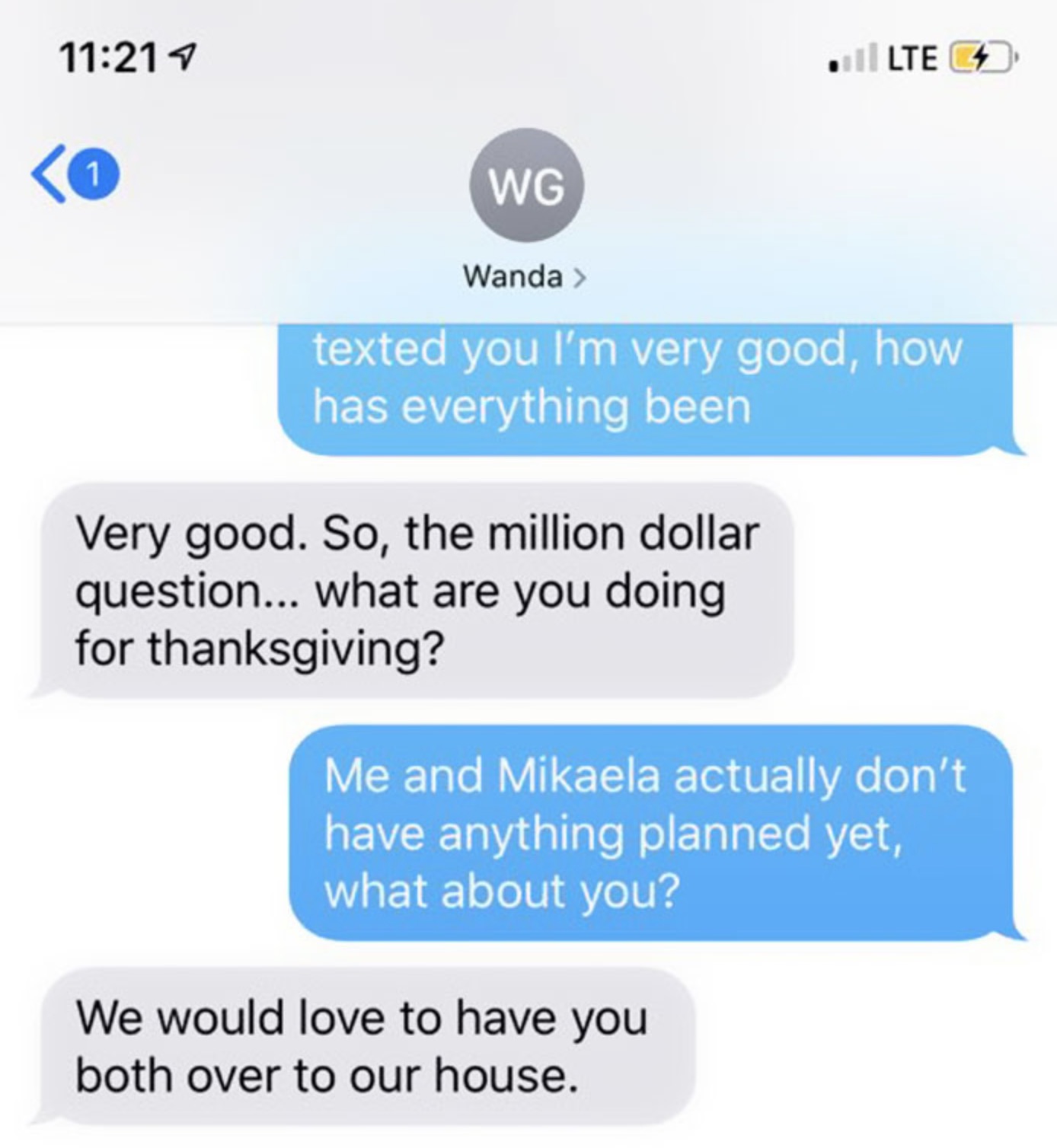 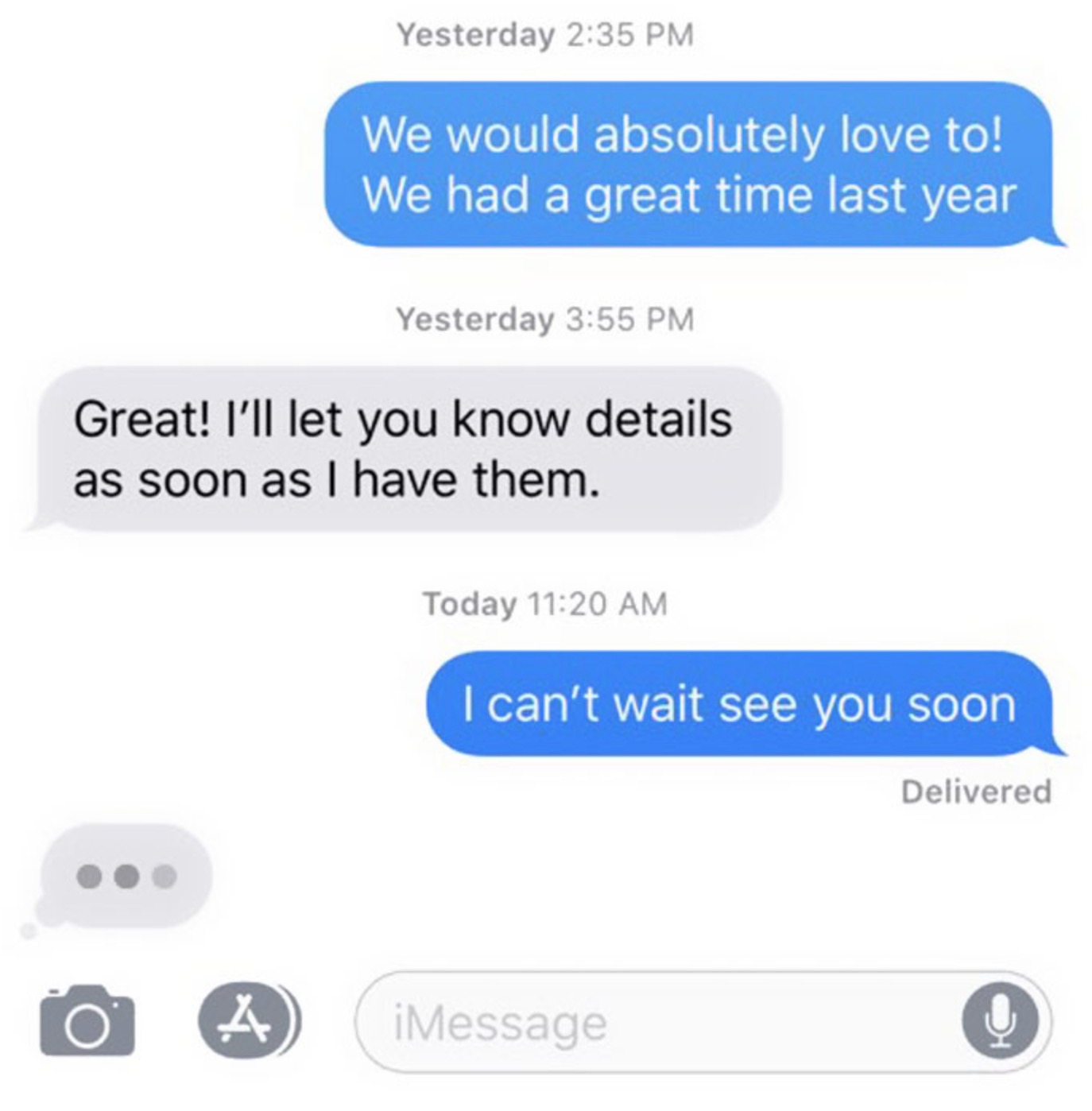 After the meal, Jamal posted photos of himself and Wanda from their past three Thanksgivings. 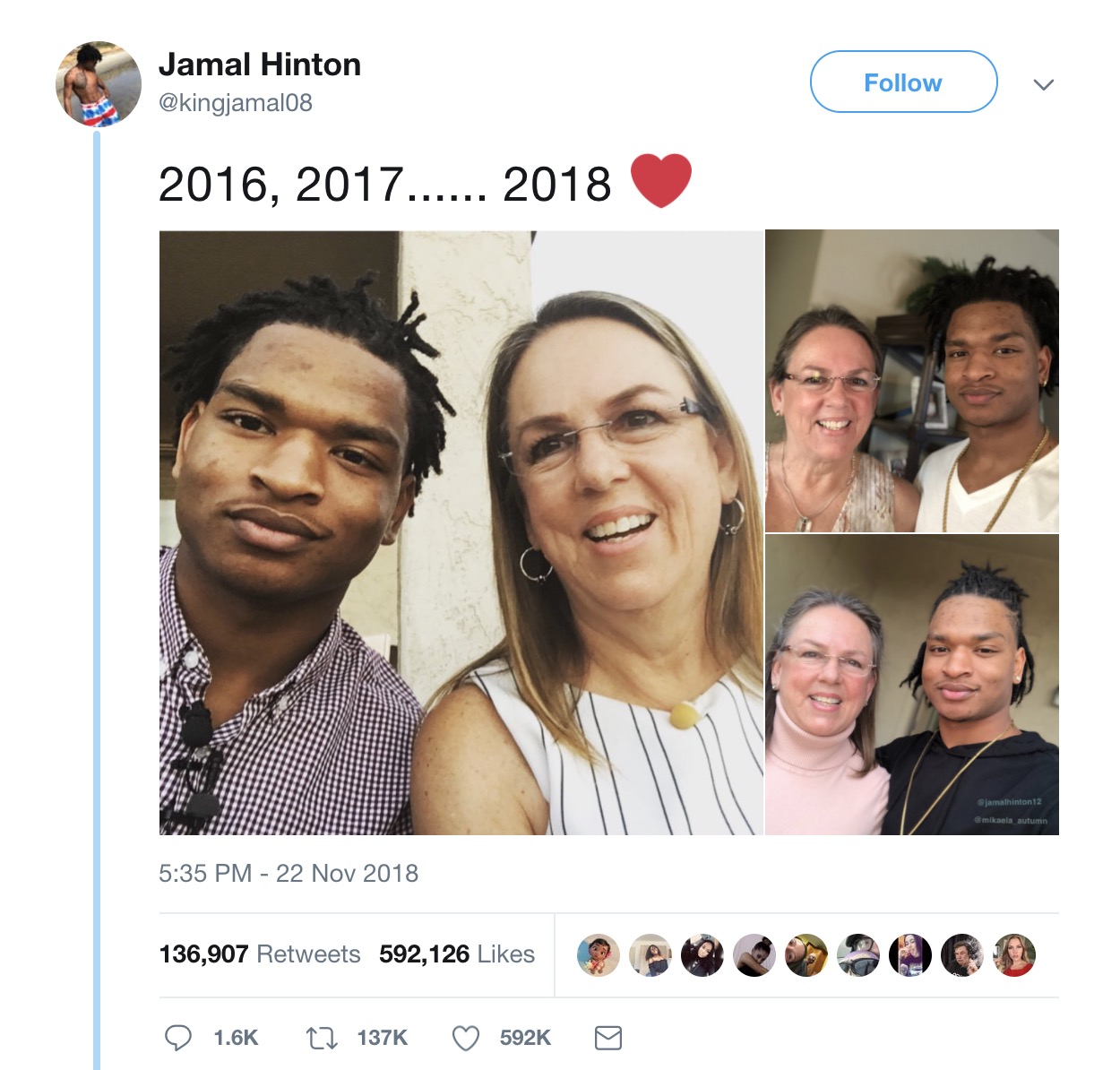 And yes, they’re already planning to spend Thanksgiving 2019 together. However, there’s one condition: Jamal has to host. “I would like to retire from doing the dinner and pass it onto the younger generation and I’ll come and visit,” Wanda said.

Whatever they end up doing, it’s clear Wanda and Jamal know what Thanksgiving is all about: spending time with your loved ones. Pretty impressive for a couple people who met over an errant text message.