Got A Beard And Love Unicorns? Time To Become A Manicorn

If you’re a gentleman who’s into fantasy horse-like creatures, like unicorns and Pegasuses, (Pegasi?), there’s never been a better time to be alive than the 2010’s. First there was the emergence of Bronies, a subculture of men who enthusiastically enjoy My Little Ponies. Then, just a few years later, there was the invention of the “Manicorn” look, a makeup style that lets you turn your beard into a whimsical, rainbow-colored delight.

Cruelty free makeup tutorial expert and beauty blogger Kristen Leanne is credited with inventing the Manicorn. In an Instagram post, she demonstrated how to make it on her very patient and supportive boyfriend, Ryan Morgan. Using three shades of Pop Beauty’s Lashy Fashion Mascara–Tantalizing Teal, Blue Bloom, and Purple Passion–Kristen transformed Ryan’s already formidable beard into a majestic look any Brony would be proud of. 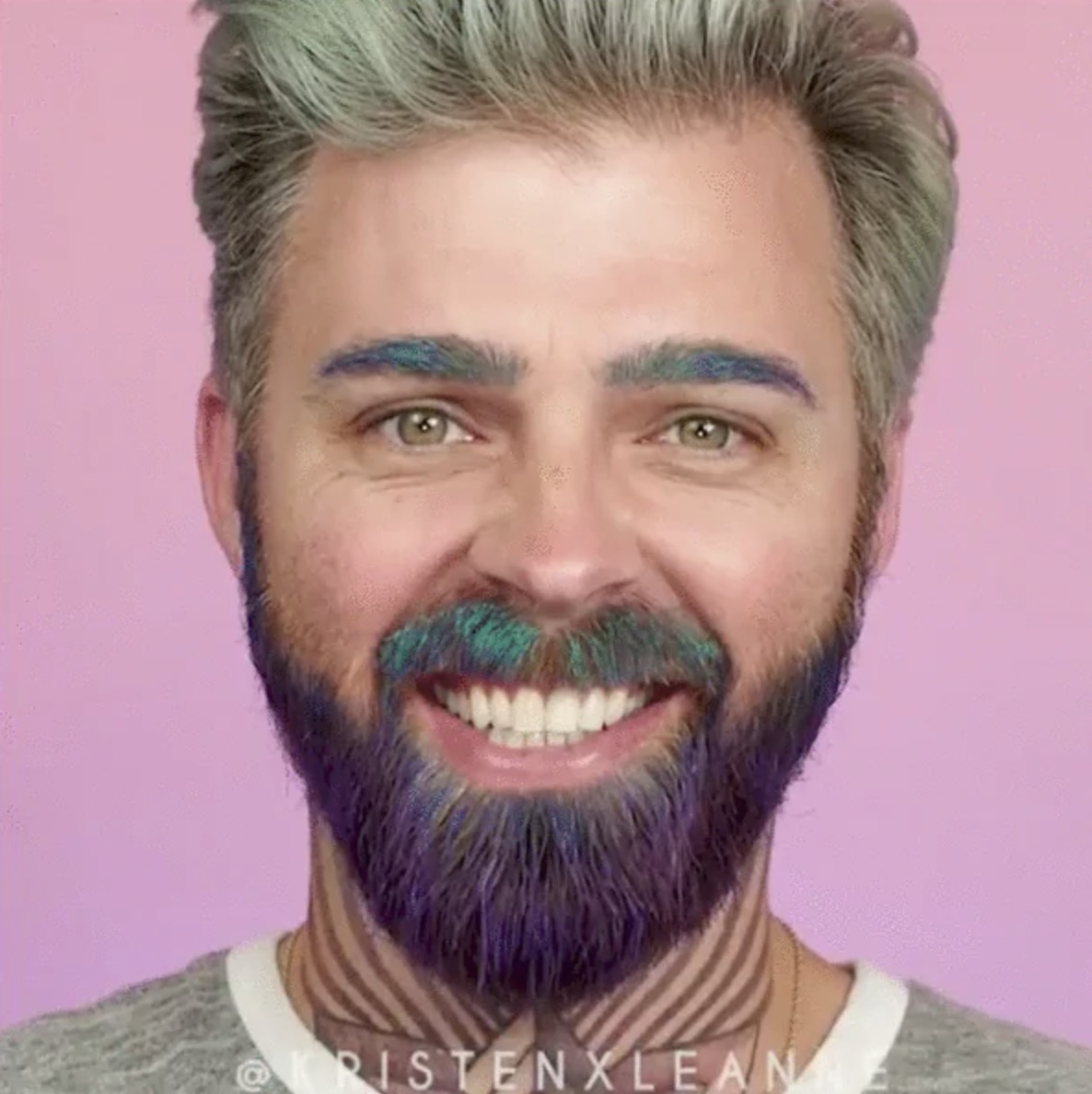 And thus, the Manicorn was born.

After Leanne’s post went viral, other women were eager to use their guys’ beards as a canvas to create a unicorn-themed masterpiece. 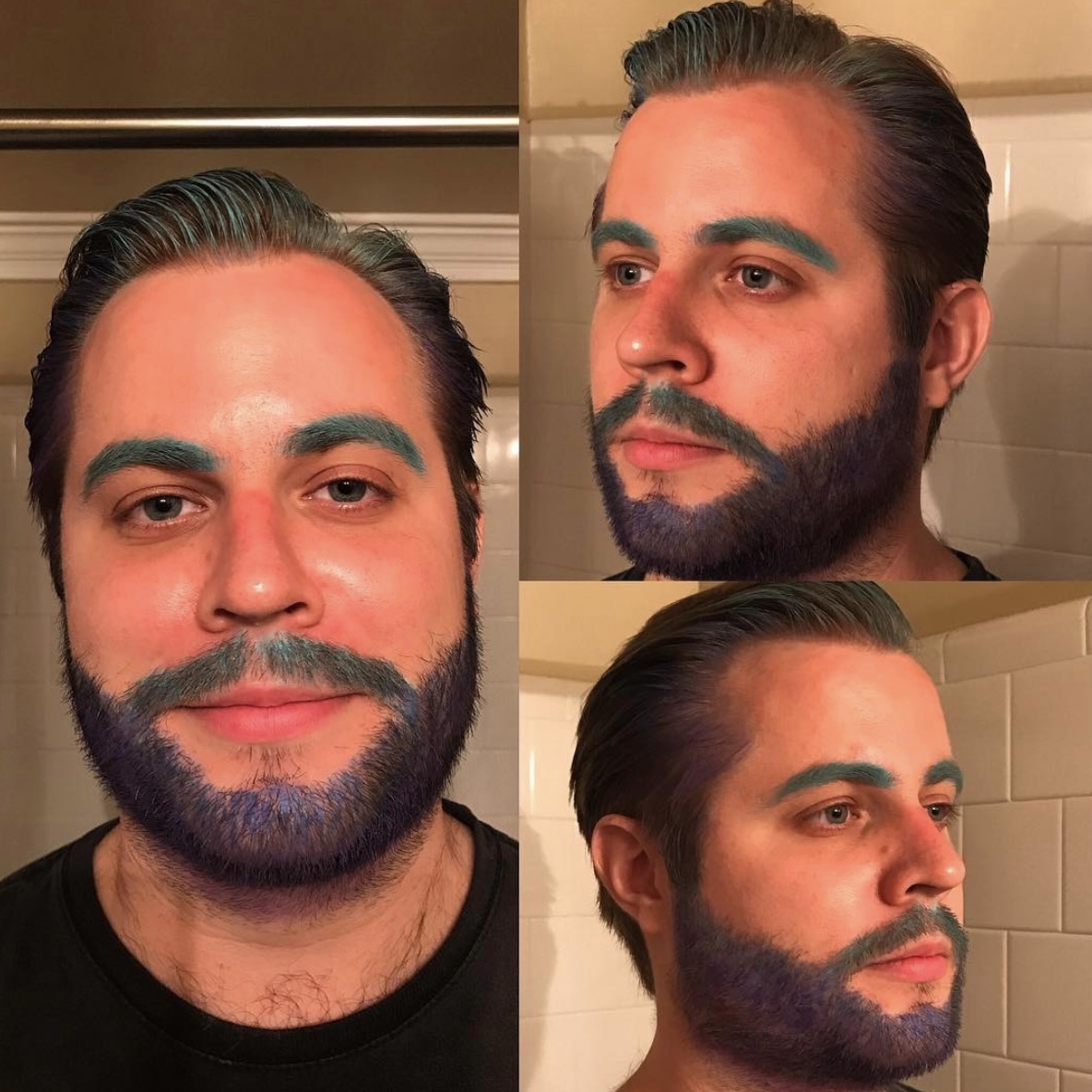 Other guys were eager to show their true colors and try their own variations. Like this fellow, who, honestly, missed an opportunity by not coloring in his pony tail. 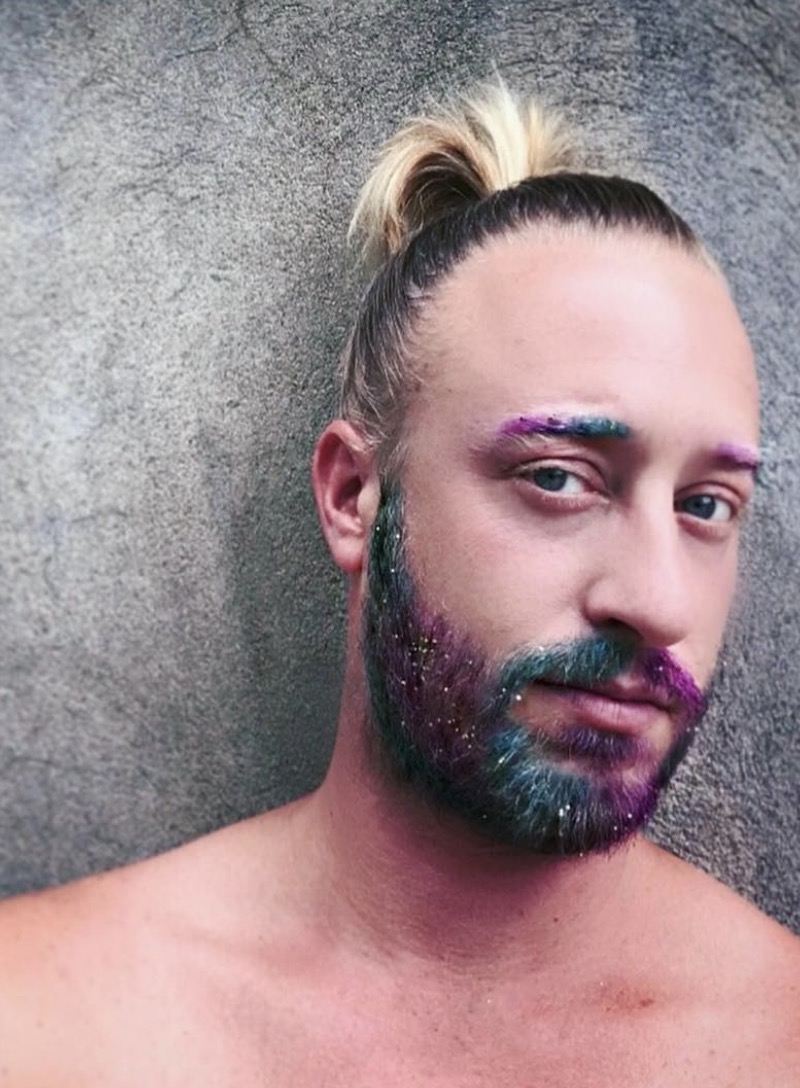 Any amount of facial hair is suitable for a Manicorn. (Although we couldn’t find a mustache Manicorn…yet.) 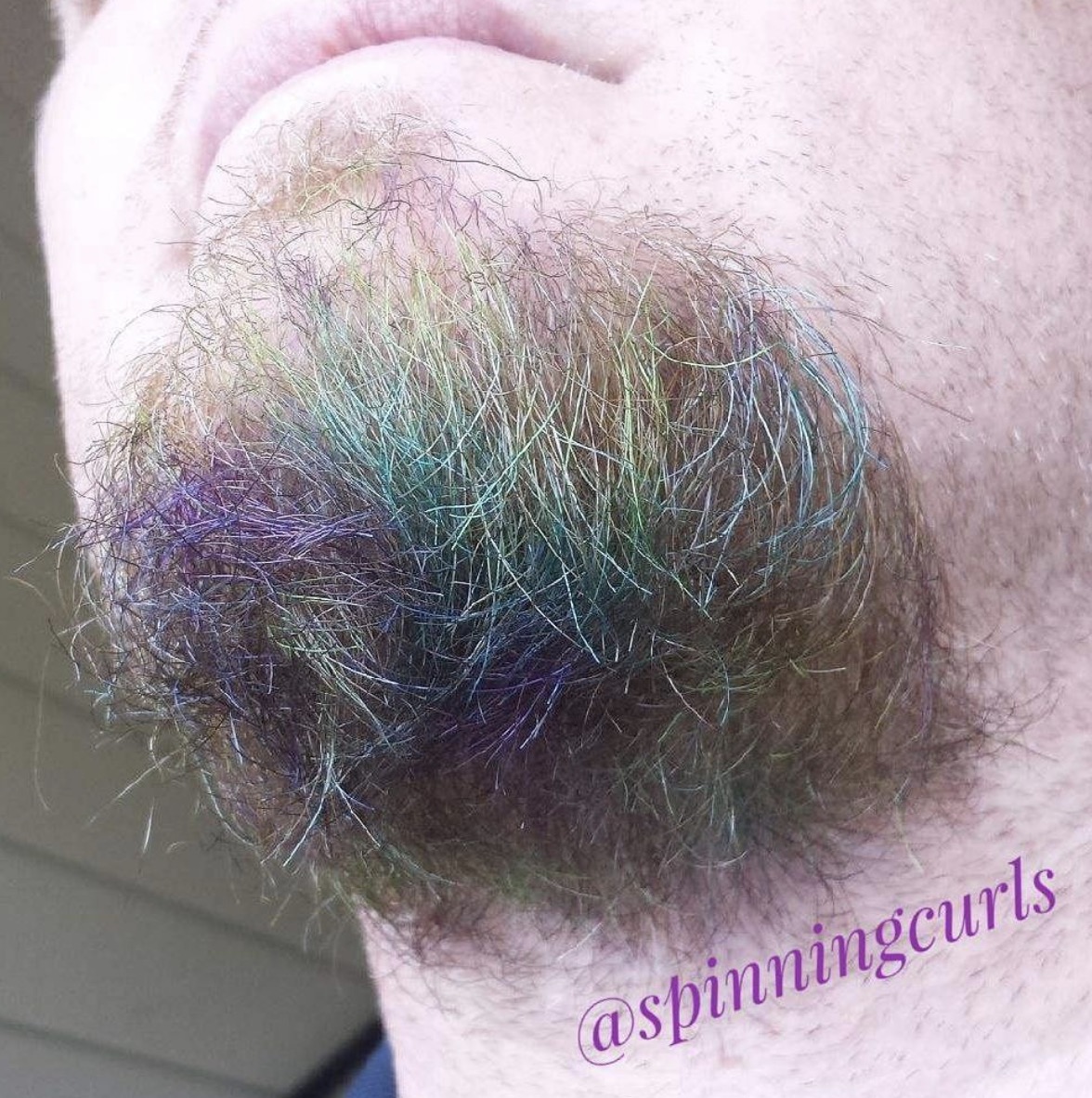 For Dads, there was a variation on the Manicorn called “The Daddycorn.” (Careful Googling that. Your results will be VERY different. Trust me.) 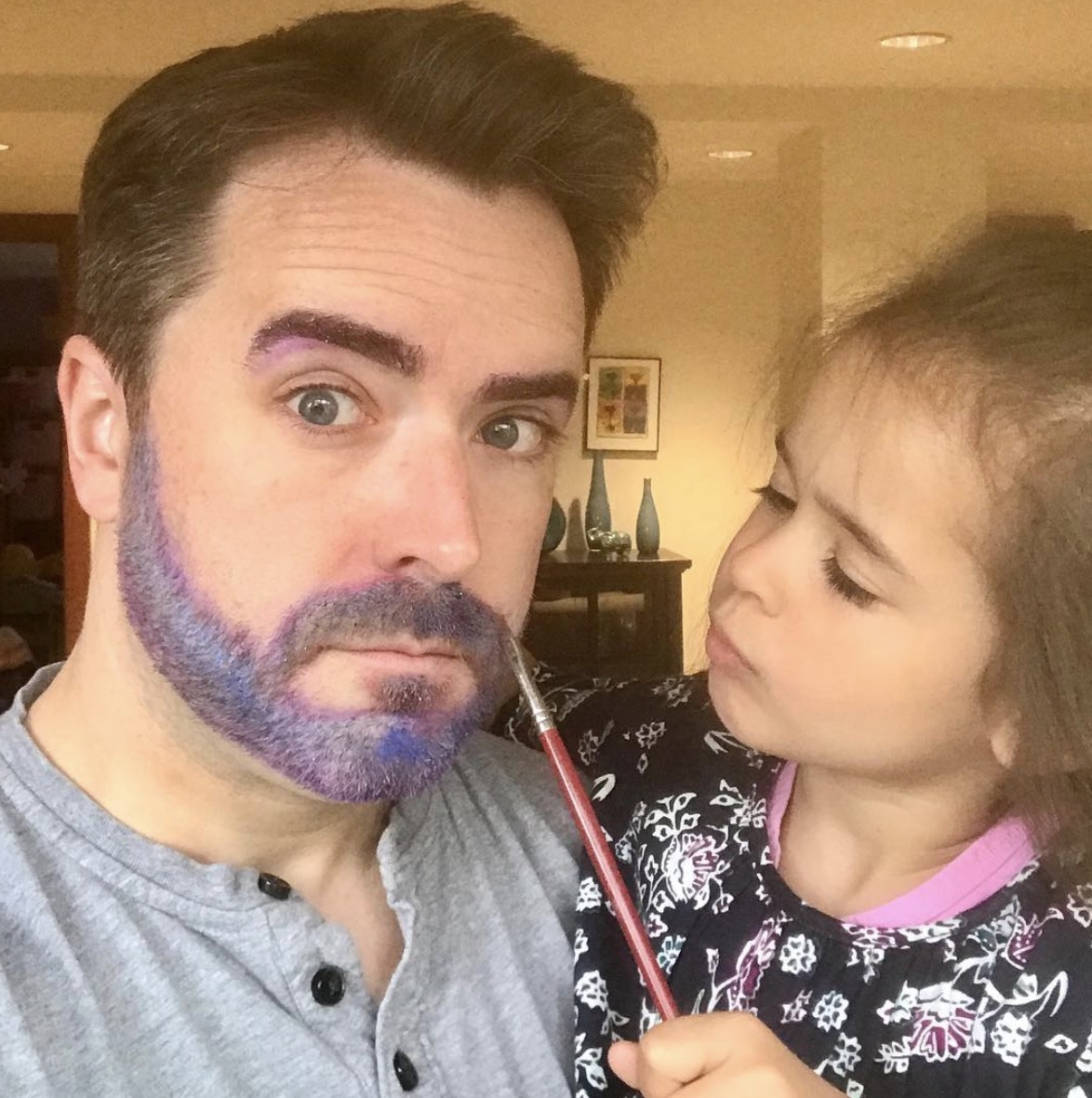 Instagrammer @therainbowbeard was ahead of the curve and painted his mohawk, too. 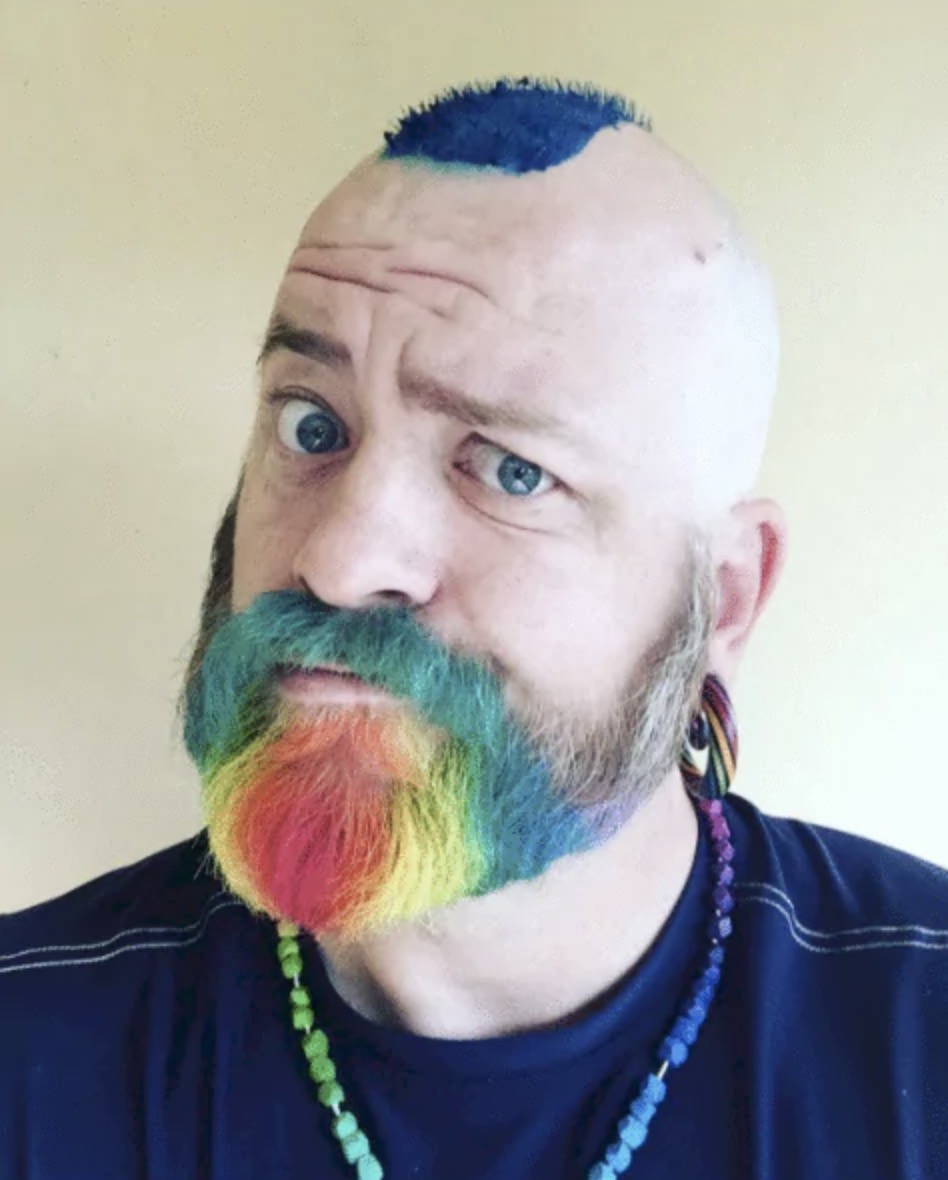 But what if you’re a gentleman who wants a fancy beard, just not a Manicorn? You have options. Like a glitter beard. 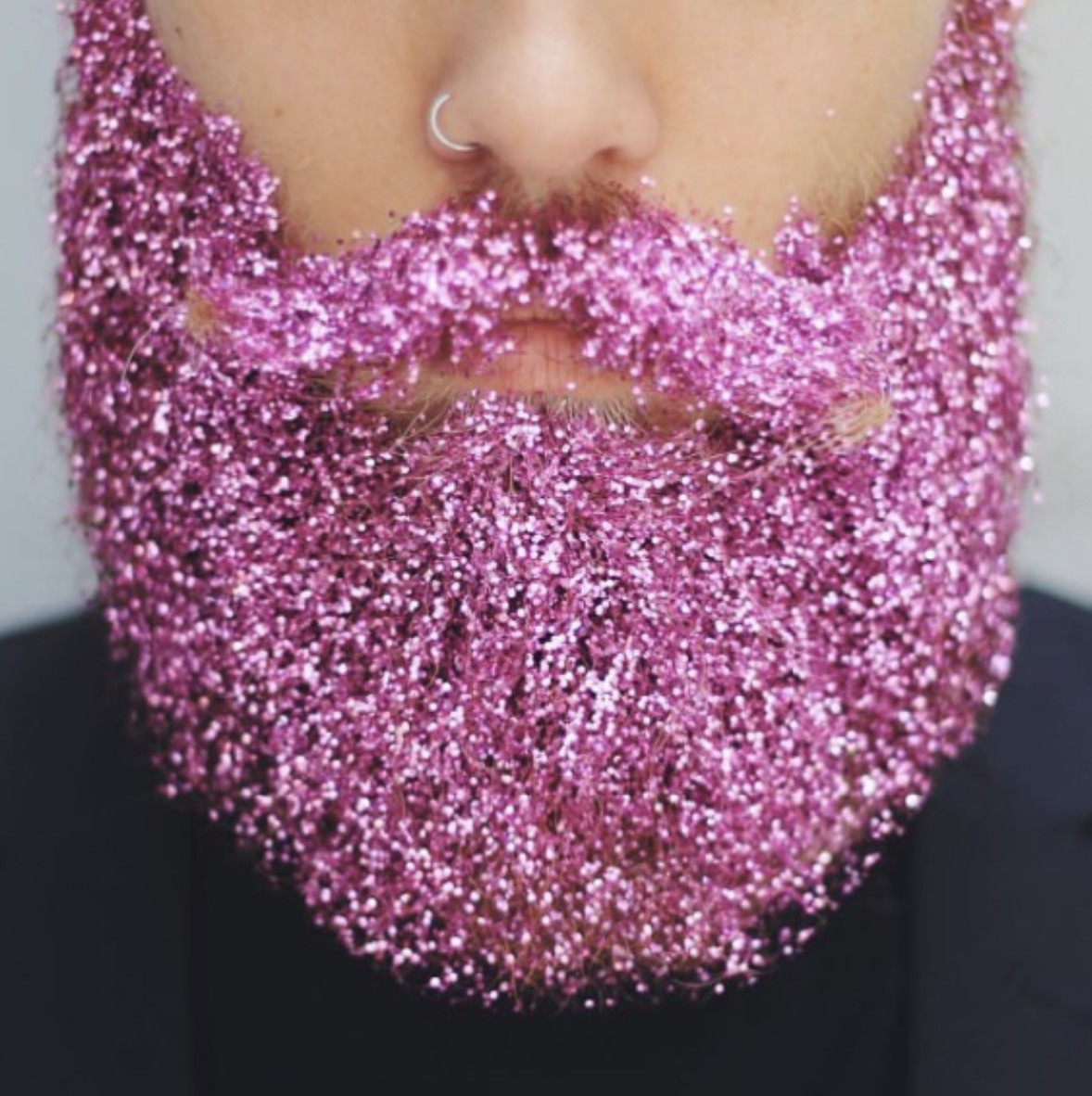 All that glitters isn’t gold–but this beard definitely is. 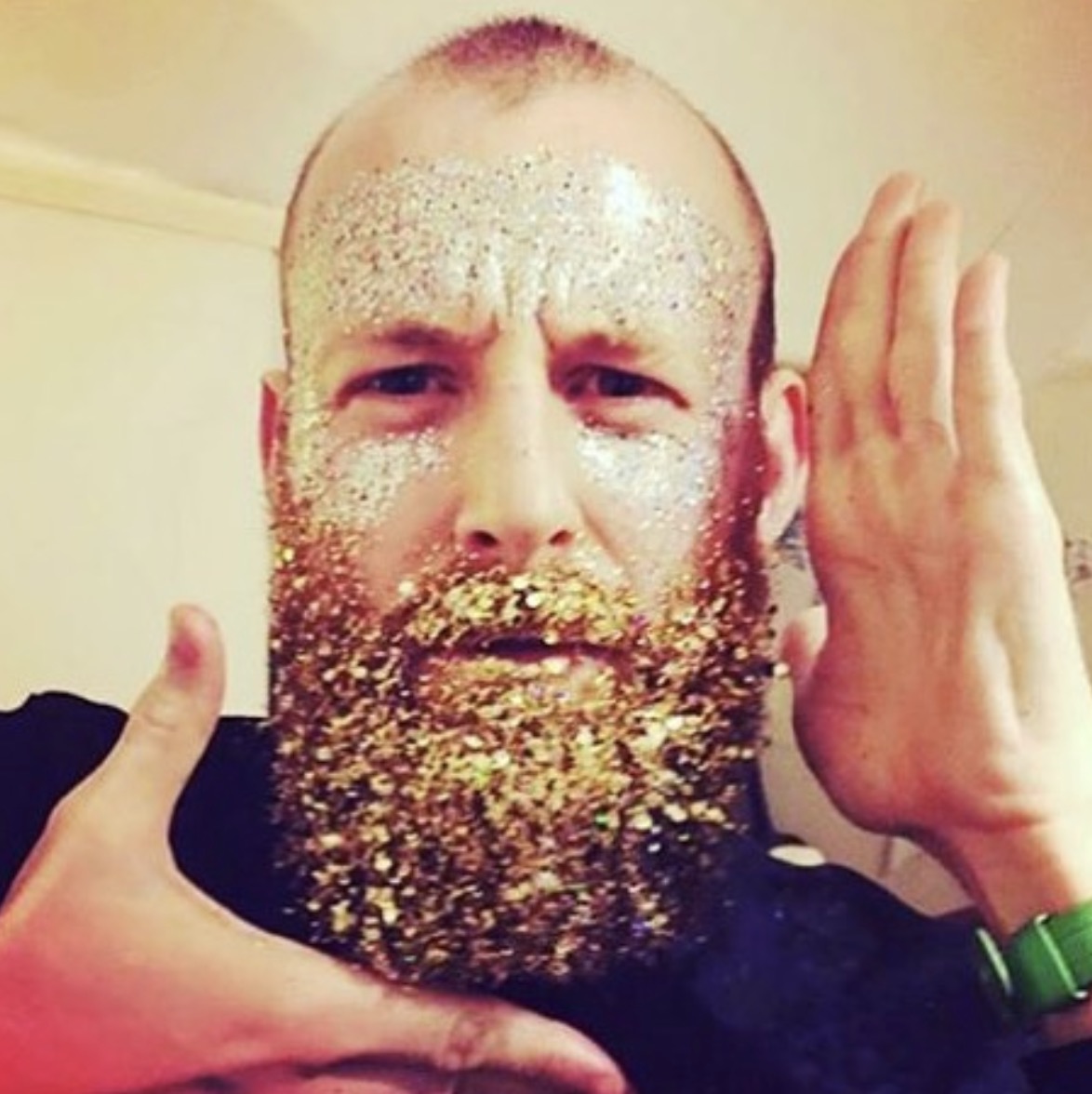 Gary Glitter never made beard-care products, but if he had, this is what it would look like: 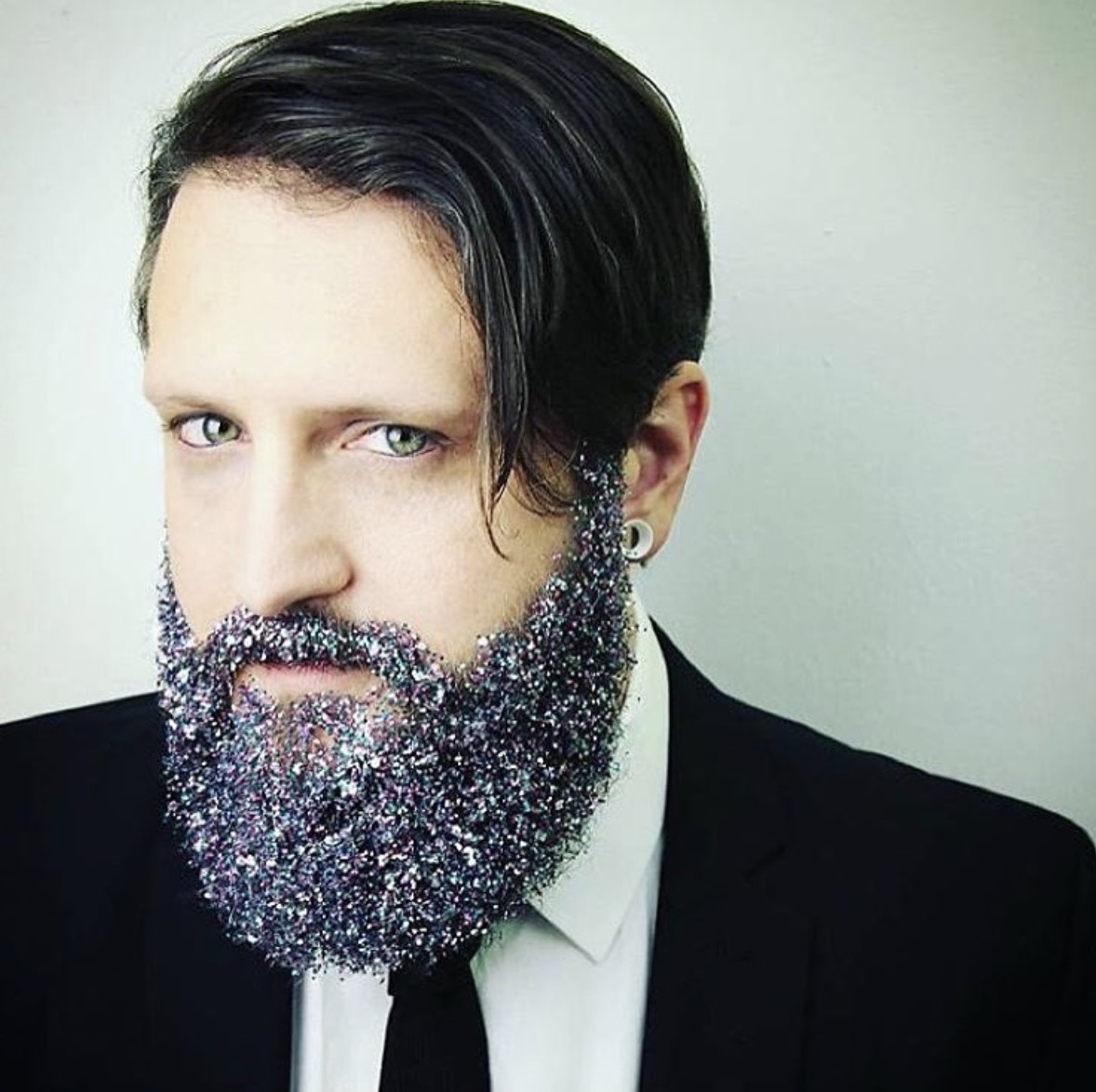 Finally we know what it would look like if Liberace fought in the Civil War. 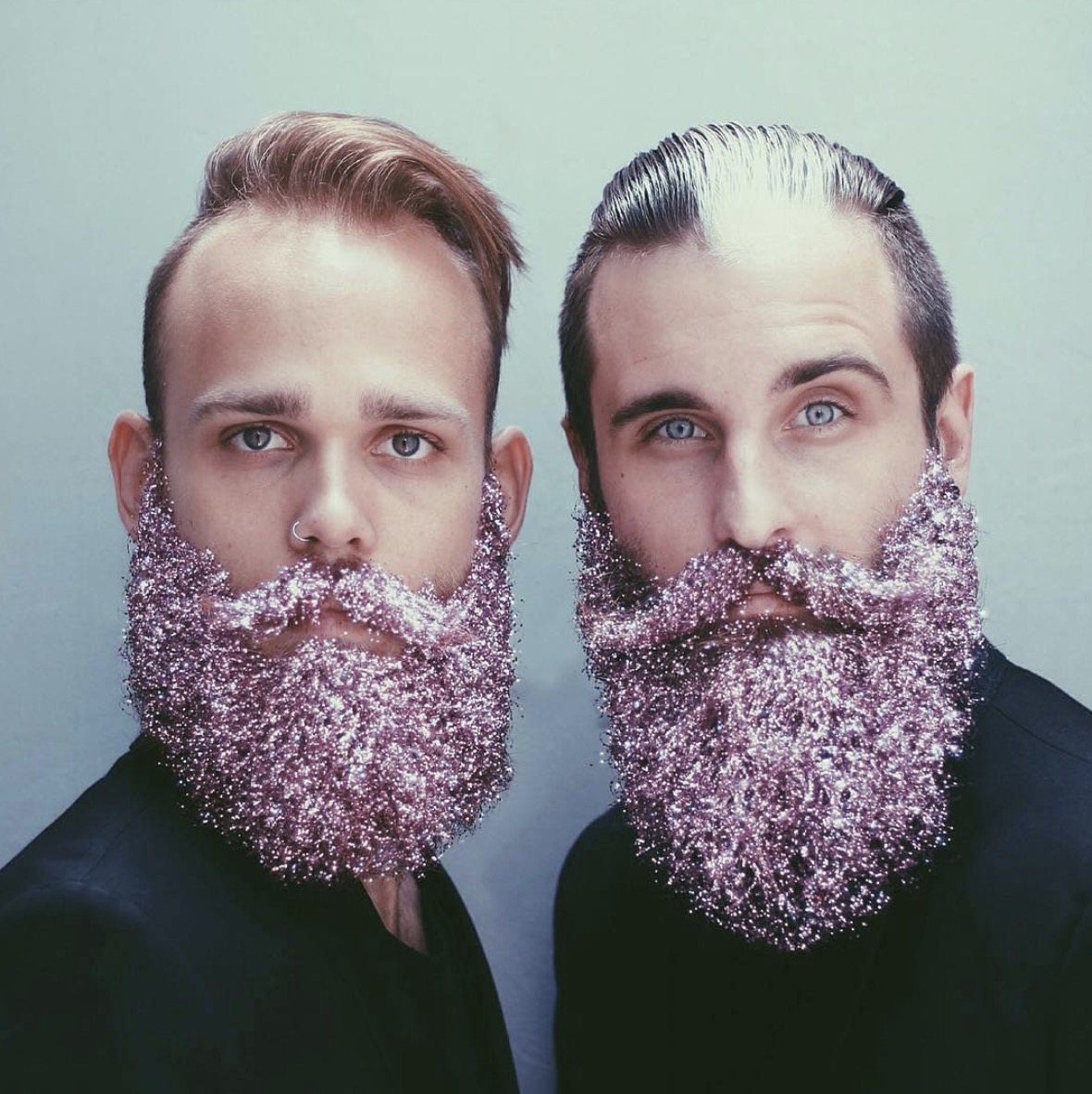 Now, let’s say you still want to spruce up your chin carpet, but you don’t want to dye it or stick a bunch of glitter in it. Why not try a flower beard? 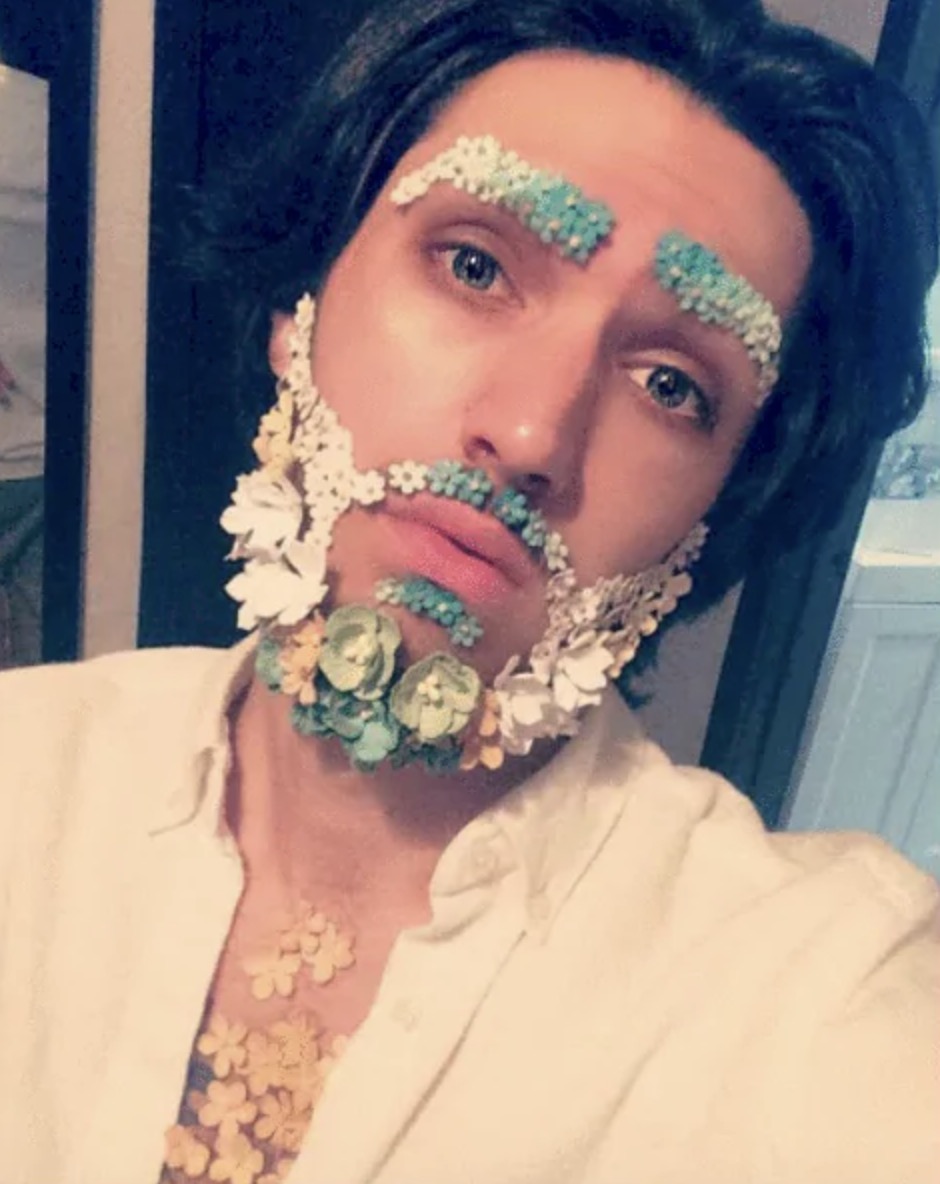 This floral beard would go perfectly with a man who has a beard of bees! 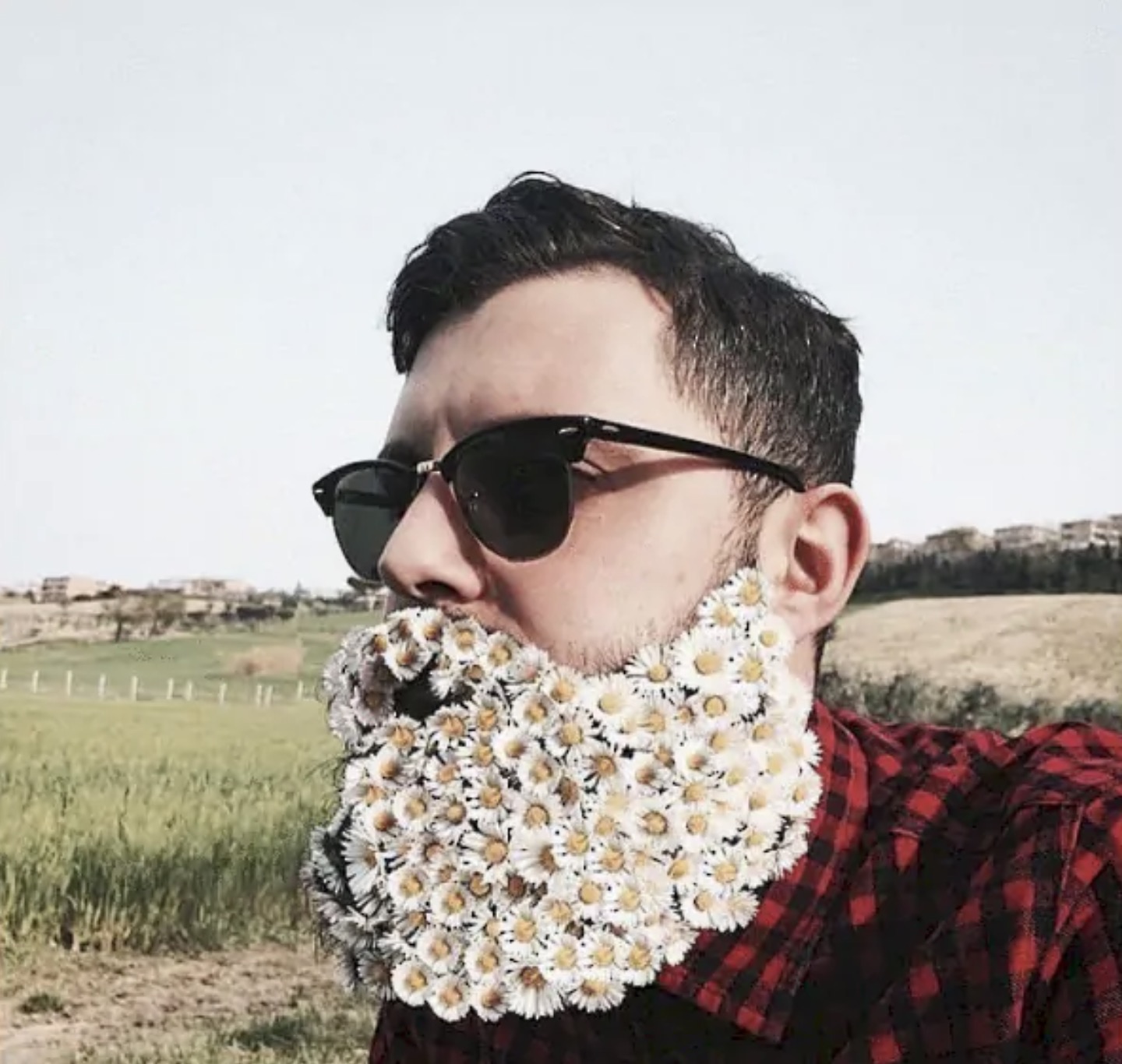 And then there was this guy… 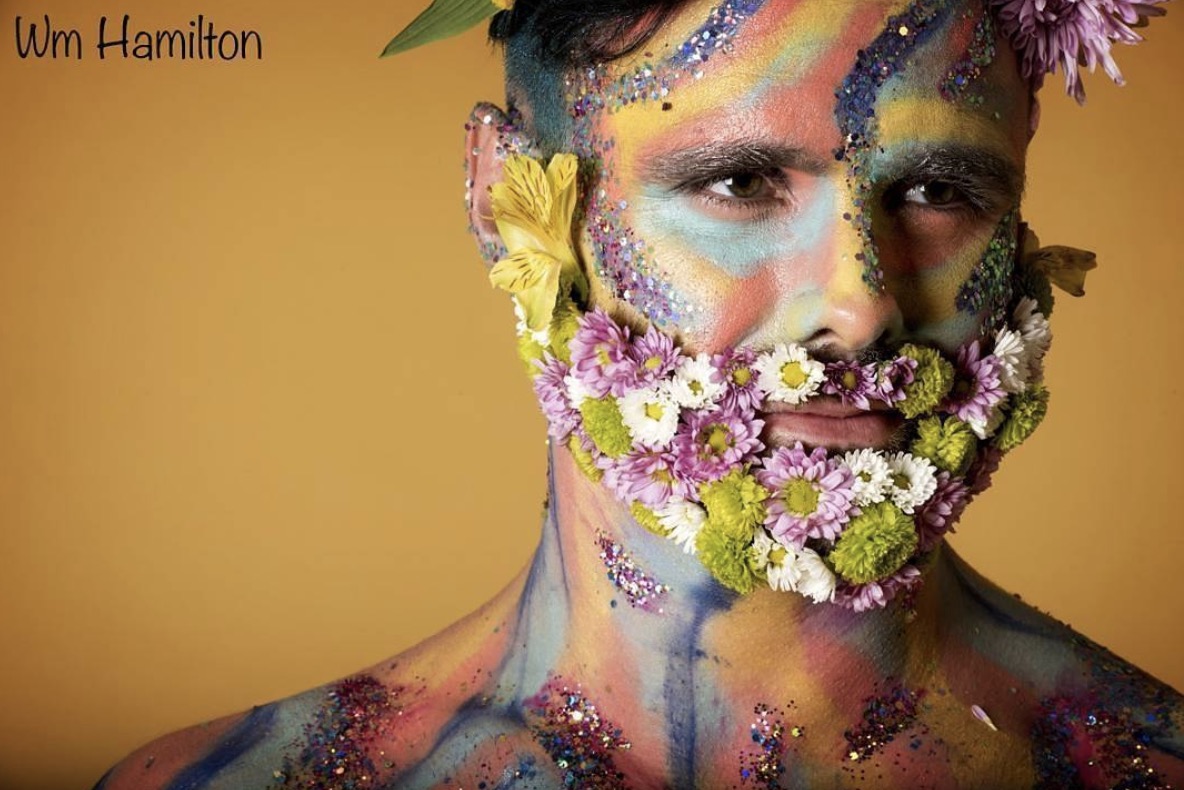 Elton John took one look at him and said, “I’m going to start shopping at Brooks Brothers.”

But anyway, fellas, it’s time to face facts: regular old beards just aren’t going to cut it any longer. If you don’t glam up your beard, you might as well shave it off.