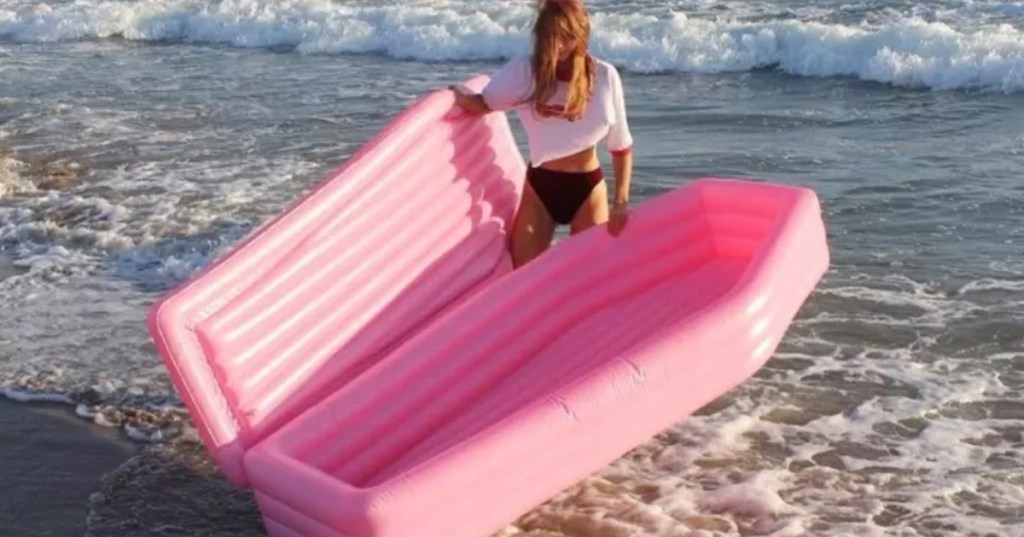 Get This Coffin Float To Bum Out Everyone At The Beach

Look, some folks love relaxing at the beach, and that’s fine. But others find the beach to be a true horror show. It’s hot, sandy, sunny, crowded, there are usually rotting fish, and you’ll probably get stung by a jellyfish and have to get someone to pee on you.

So if you’re the sort of person who would rather die than go to the beach, I have good news: you can now buy a coffin-shaped pool float, in millennial pink. 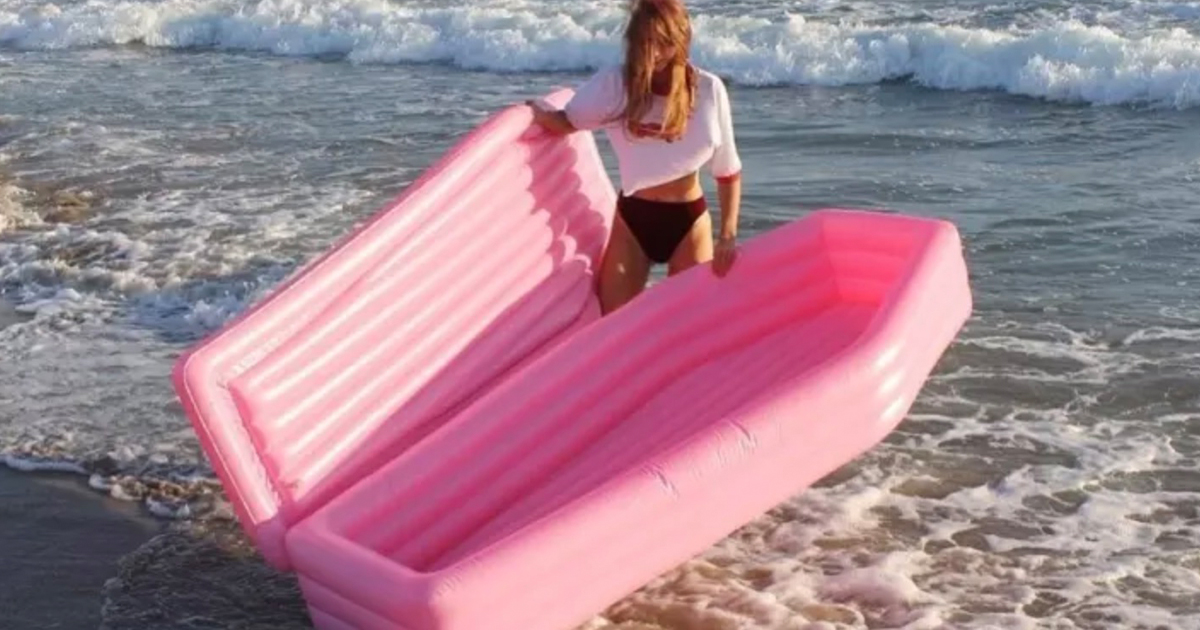 The float even includes a working lid, letting you kick back and enjoy floating on the water without any of that pesky sunlight. That sound you just heard is all the world’s goth’s shrieking with joy. 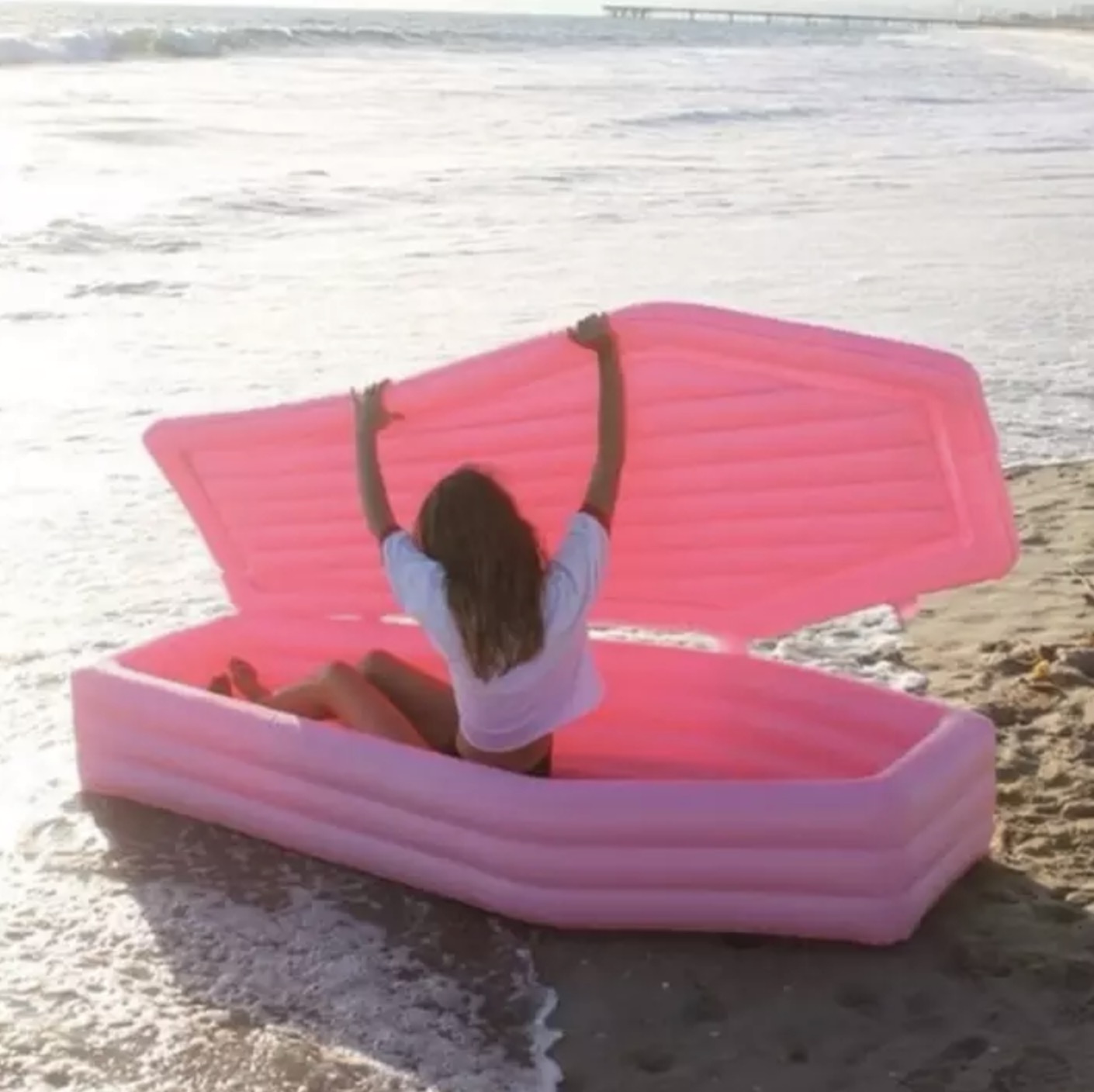 You might think it’s easy to manufacture and market a coffin pool float, and you’d be wrong. Canadian designers Andrew Greenbum and Ian Felton have been working on it for three years. The one pictured is just a prototype, and on Instagram Greenbum said they’re still about $15,000 short.

If you’re bummed out that pink pool coffins aren’t available in stores yet, you can always buy this one from Blackcraft. It’s black and it doesn’t have a lid, but it should still get you a few disapproving looks. 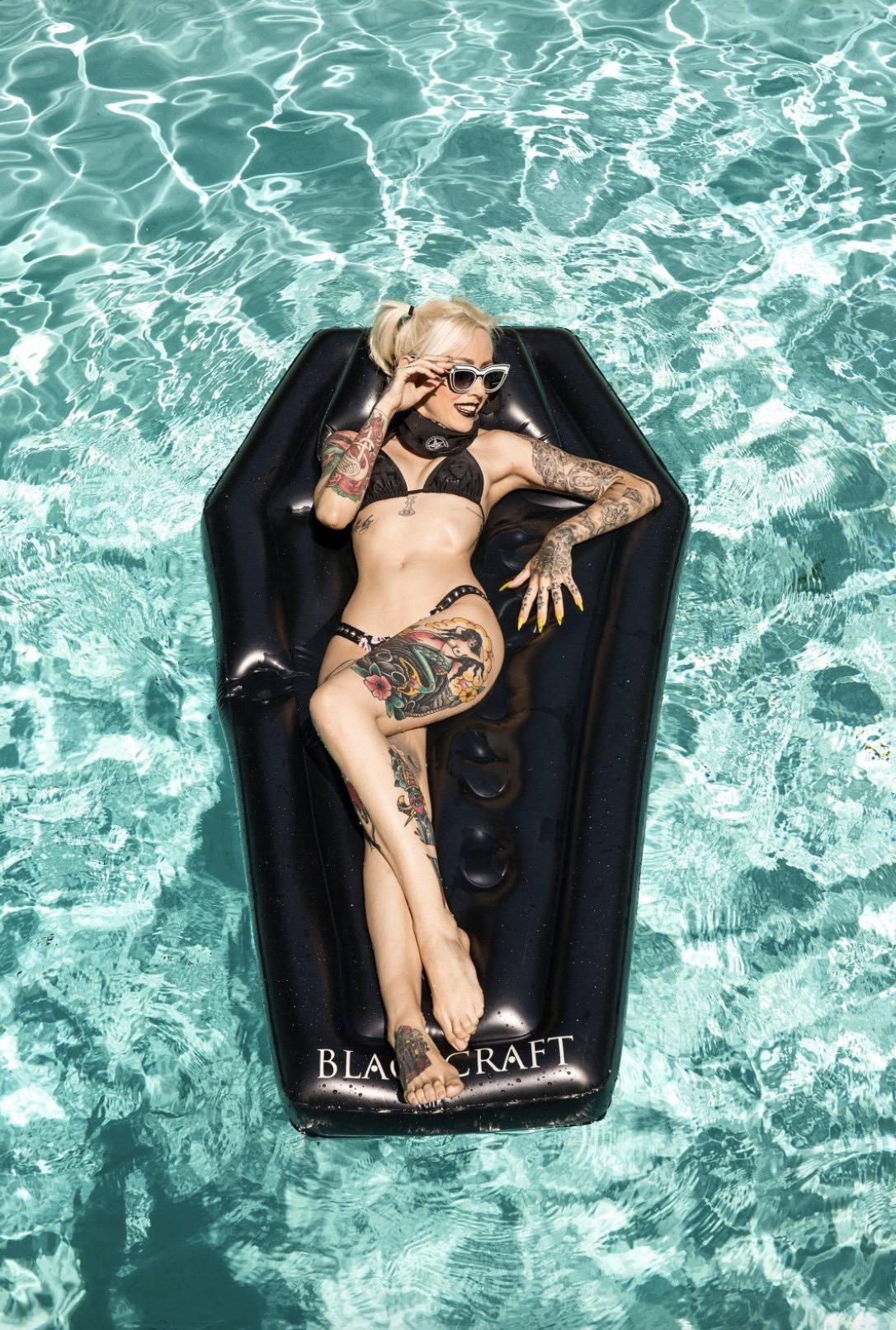 Now, if you find yourself wanting a coffin pool float, and then judging yourself for that, judge no more because you aren’t alone! Coffin pool floats have gone viral, and LOTS of people want one. 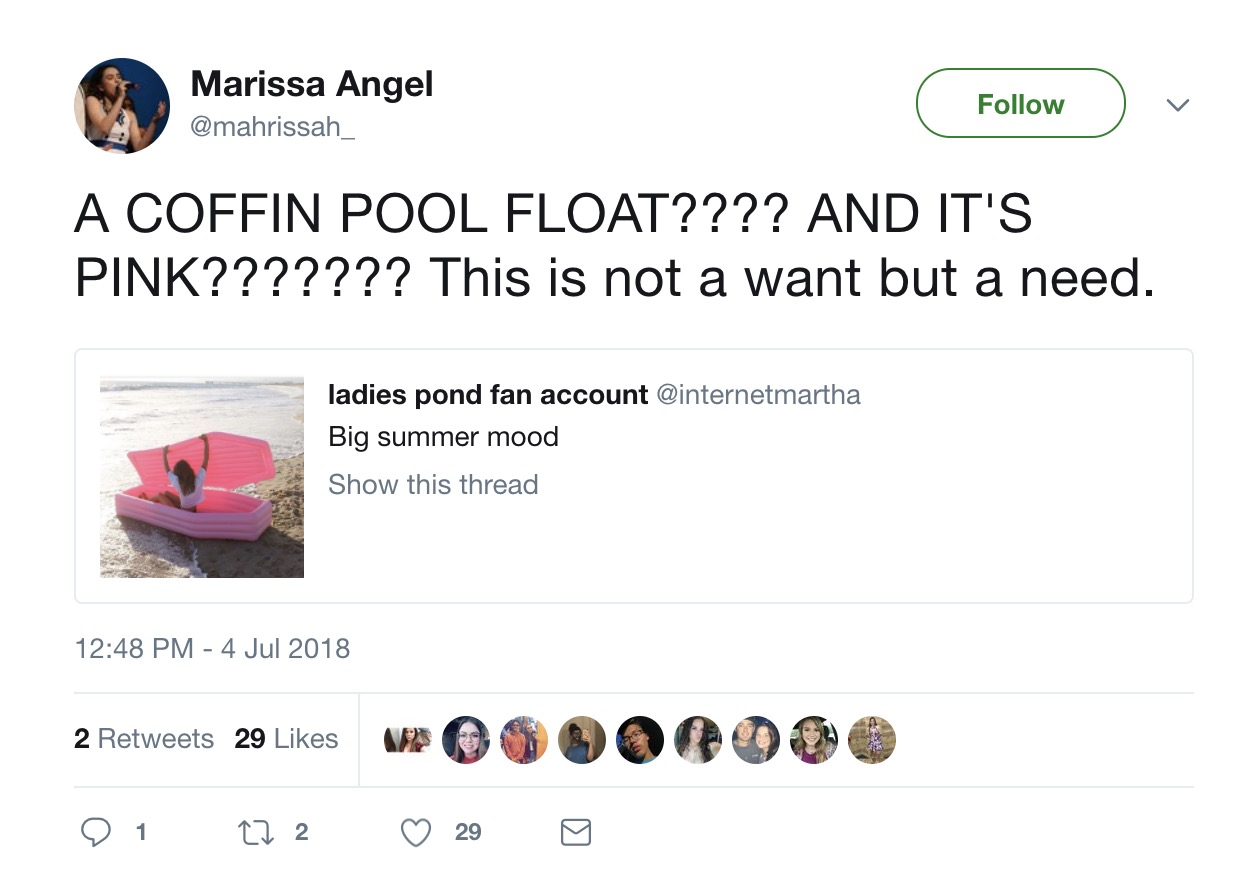 Finally, a pool float for MY people. 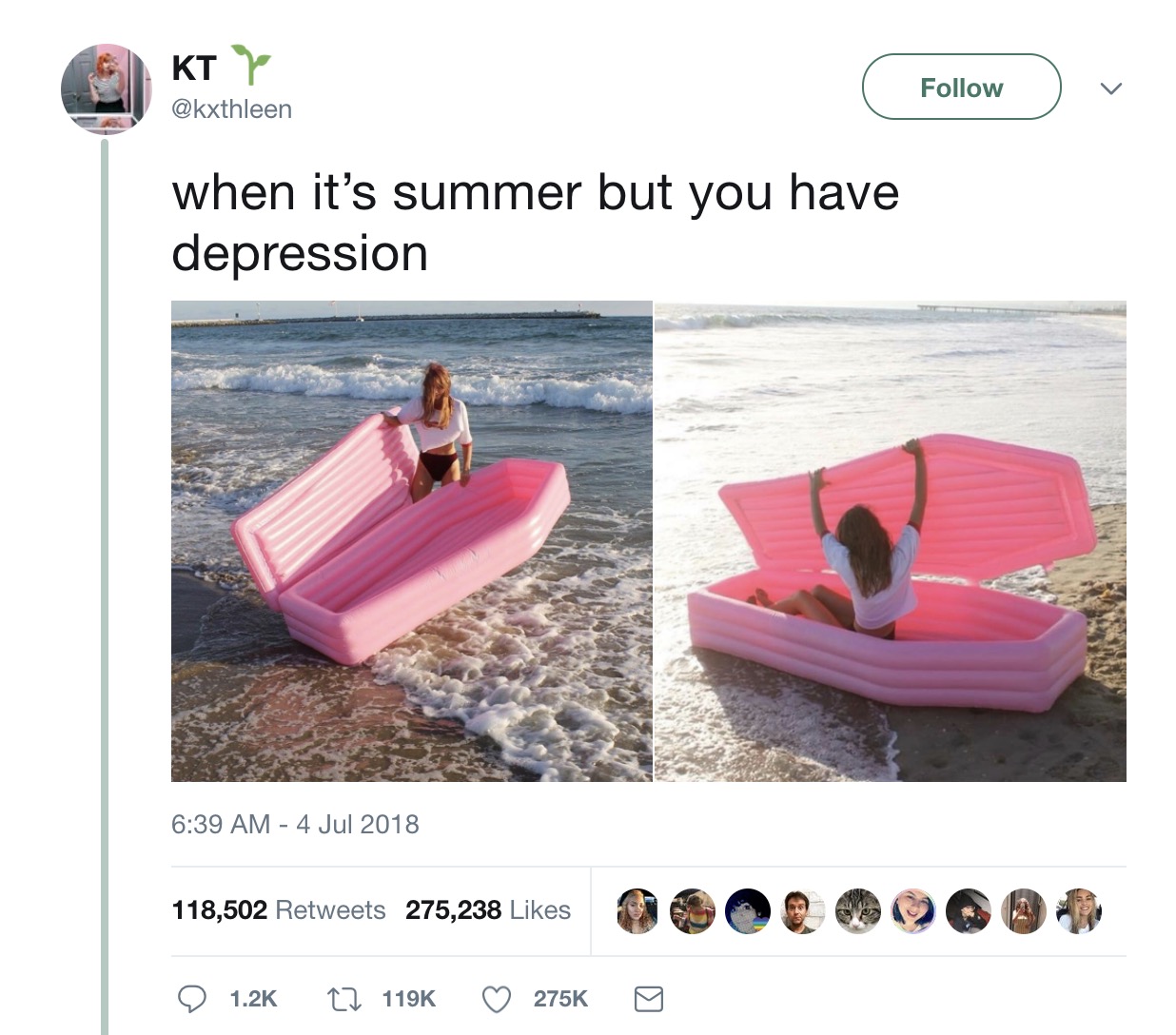 But not everyone was convinced. 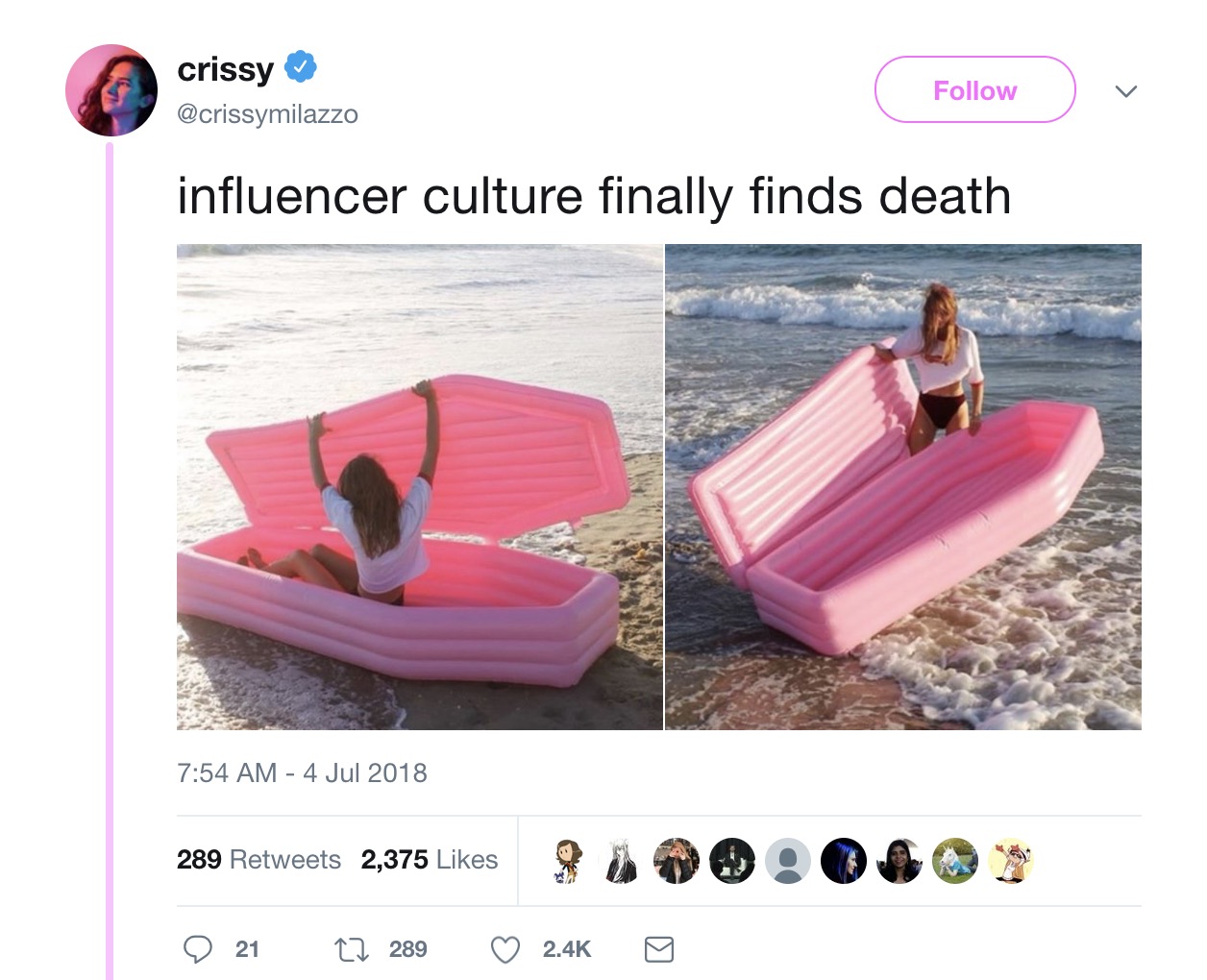 With all the attention coffin pool floats have gotten, it’s only a matter of time before they’re available in stores. Hopefully it’ll start a new trend: pool party funerals.