It’s always a good idea to be civil to your neighbors. First of all, it’s just the right thing to do–nobody wants to be treated rudely, so treating others well is pretty basic Golden Rule stuff. Second, it’s good for your health and sanity. Minimizing conflict and at least pretending to be friendly just makes everyone’s living situation better.

And if those reasons aren’t enough, here’s a third: if you mess with your neighbors, there’s a chance they’ll have a very specific skill-set that will make your life a living hell.

Melissa Scruggs is a California resident and a vulcanologist–that means she studies volcanoes, which officially gives her one of the coolest jobs ever. 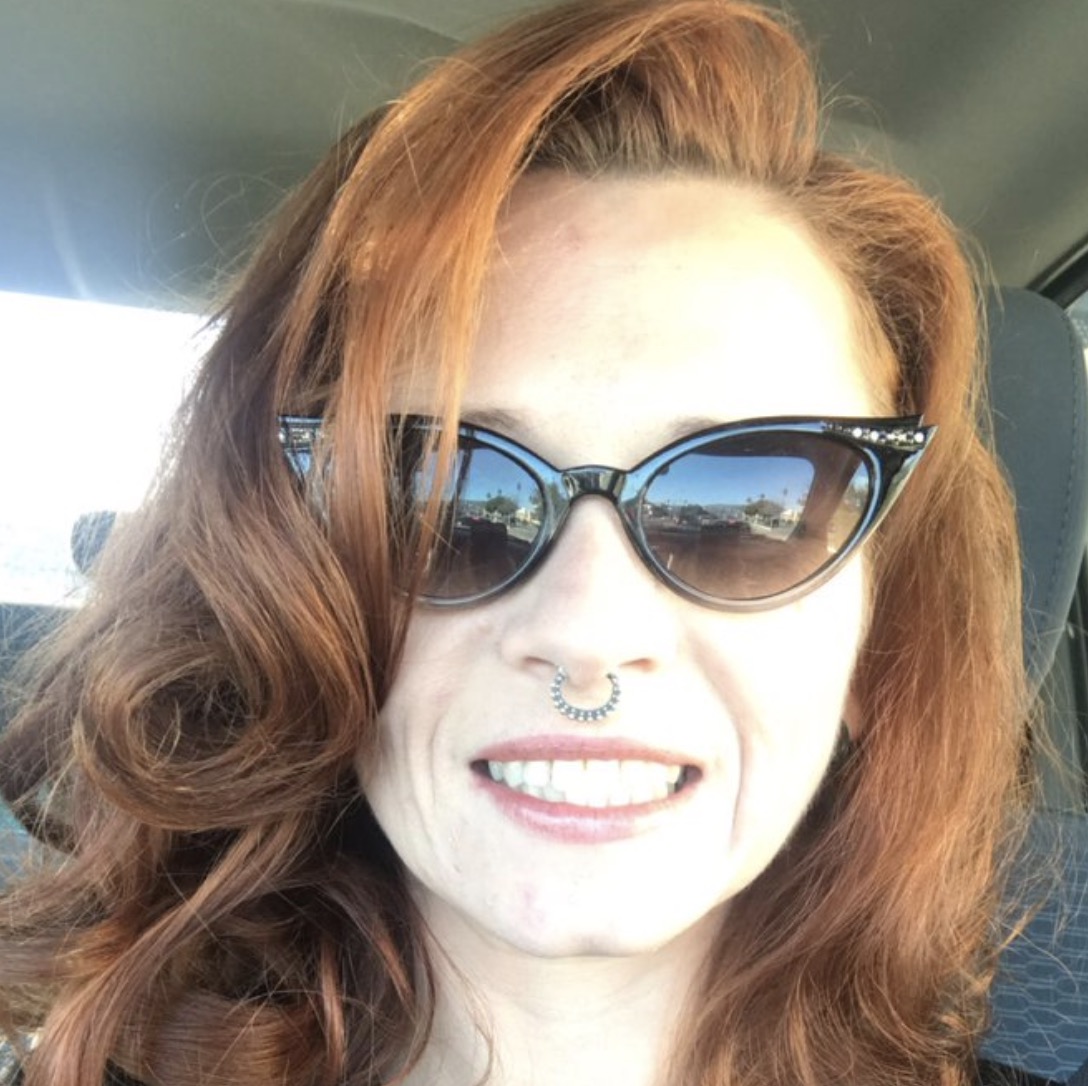 Melissa and other grad students at her university have lived in the same buildings for three years without incident. But last summer, a group of undergraduates moved into the apartment across the driveway from her. At first, Melissa was cautious, but open-minded. “I was a little concerned at first because they like to throw big parties, but I they’ve generally been pretty considerate with noise and keeping people out of our yard,” she told Bored Panda.

But a week and a half ago, things changed. The driveway at Melissa’s apartment building has a boulder to encourage the parking-challenged not to bump into a fence with their cars. One of the undergraduates decided the rock was encroaching too much into his parking space, so he moved it into Melissa’s space.

“They wouldn’t answer the door to help me move it back, and it was a few days before I had helped to get it put back,” she said.”

And then, on a Friday night, the undergraduates had a party. The undergrads’ party guests had filled up the driveway with their cars and parked Melissa in, so she left a note on the cars requesting them to be moved by 7 a.m. the next morning.

But what the undergrads didn’t realize was that they were dealing with a geologist. 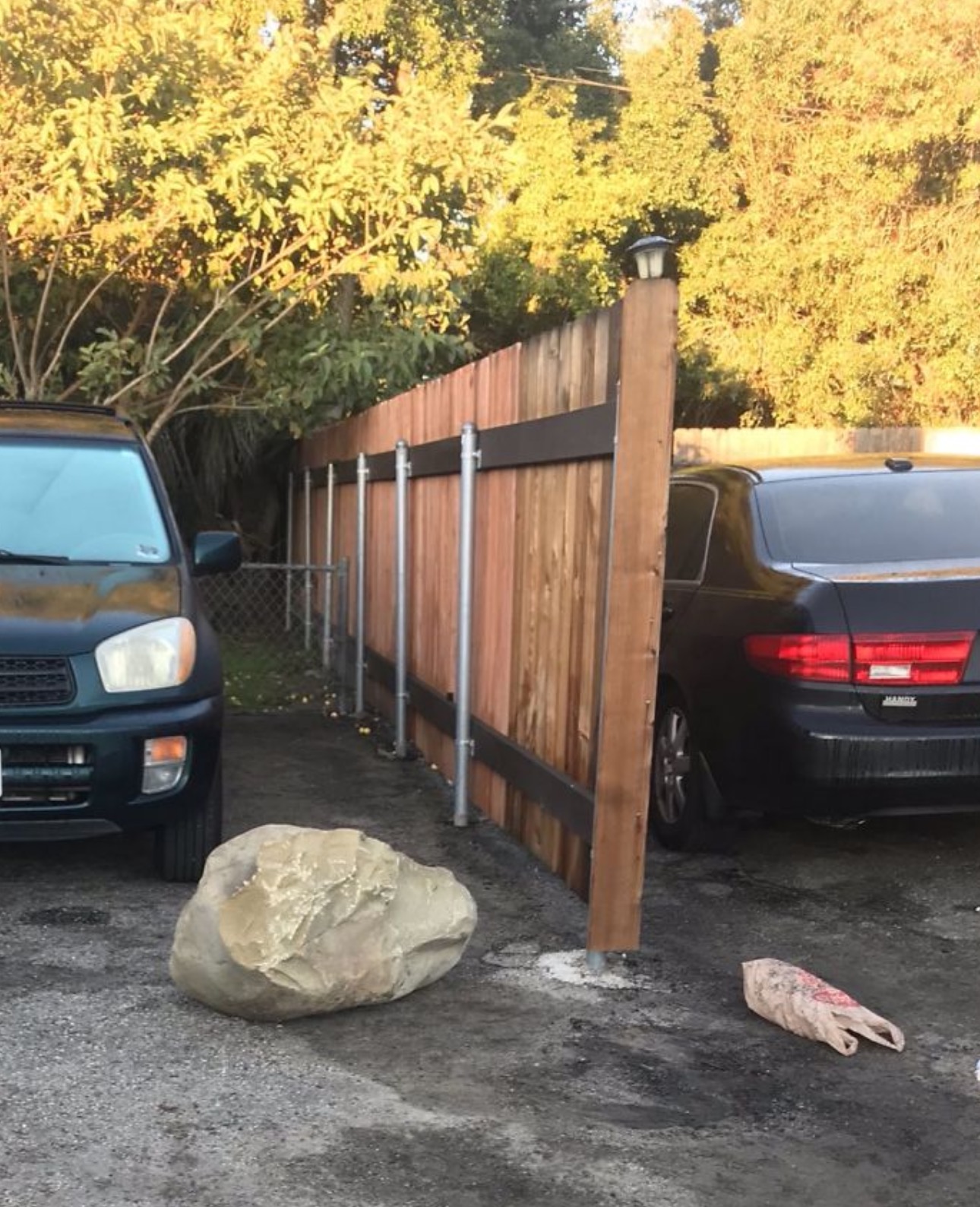 That morning, Melissa Tweeted her plans to deal with the situation, in a Tweet that has since gone massively viral. 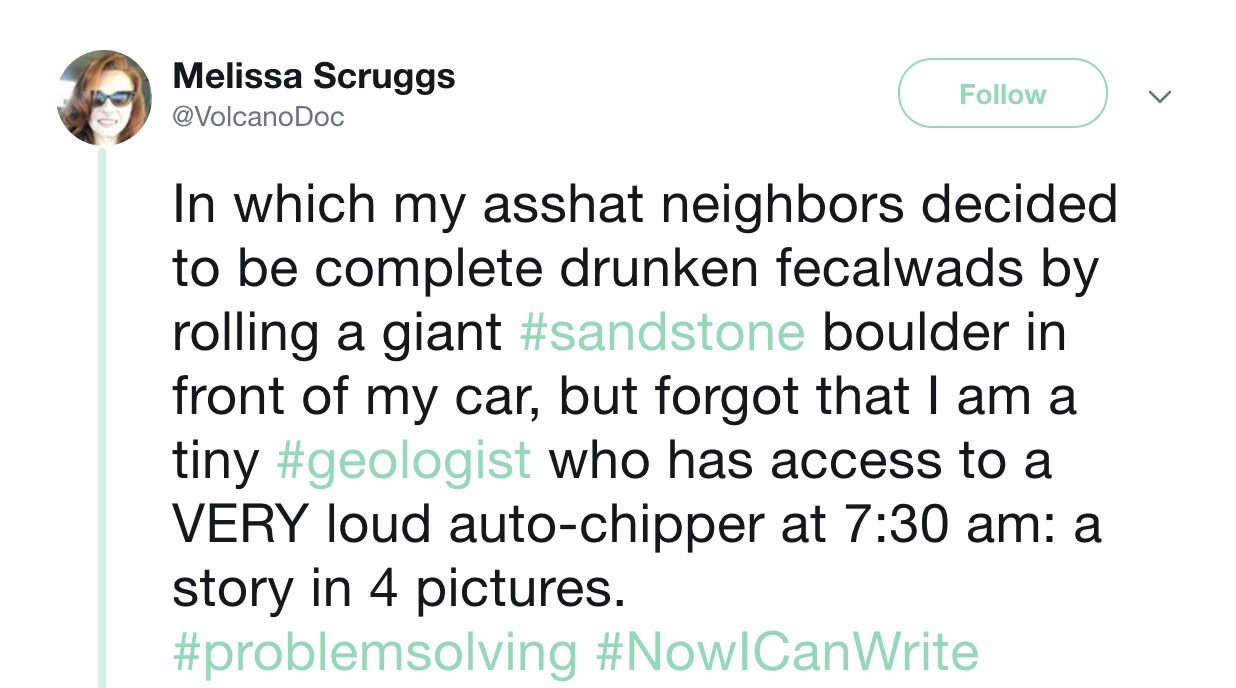 What’s one thing a geologist is very good at? Smashing rocks, with extremely noisy power equipment. Melissa got to work, serenading her building with the deafening sounds of an auto-chipper. 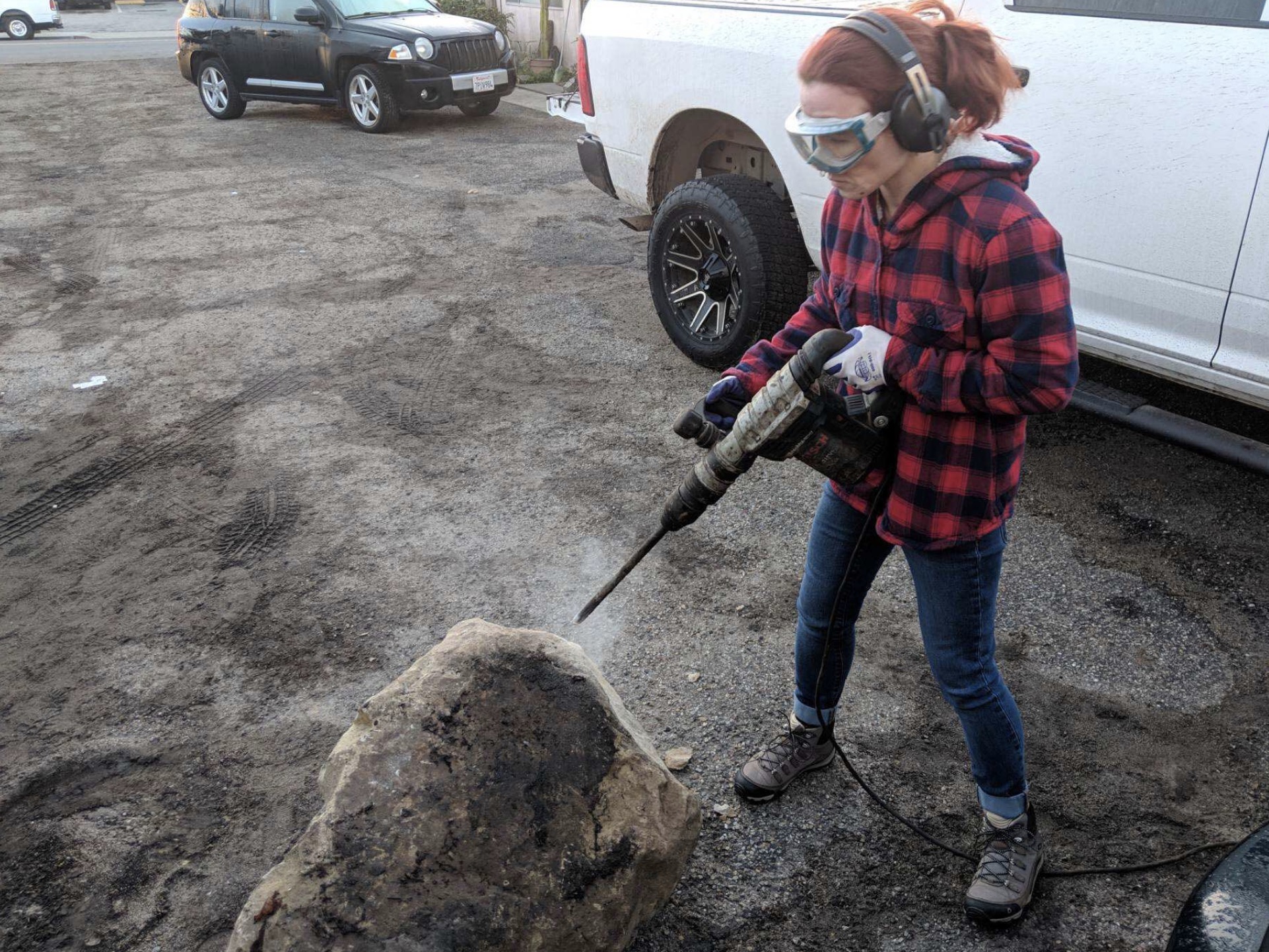 “The Matilija Sandstone (I’m pretty sure that’s what this boulder was) is a reasonably soft rock, comparatively speaking,” Melissa said. “Not very much of a challenge for an auto-chipper in the hands of an igneous petrologist!” 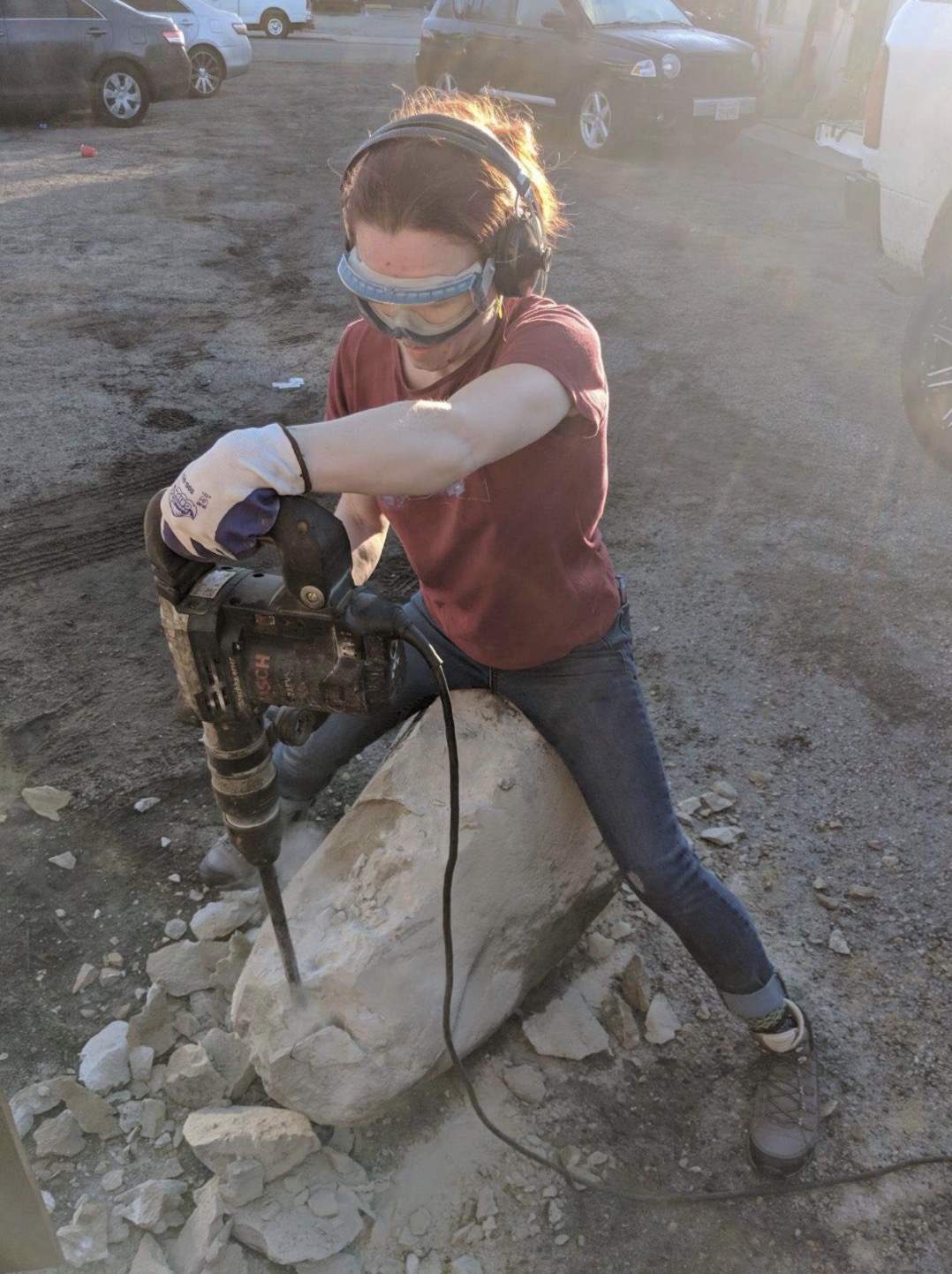 After four hours of chipping, Melissa had reduced the boulder to a pile of much smaller stones. 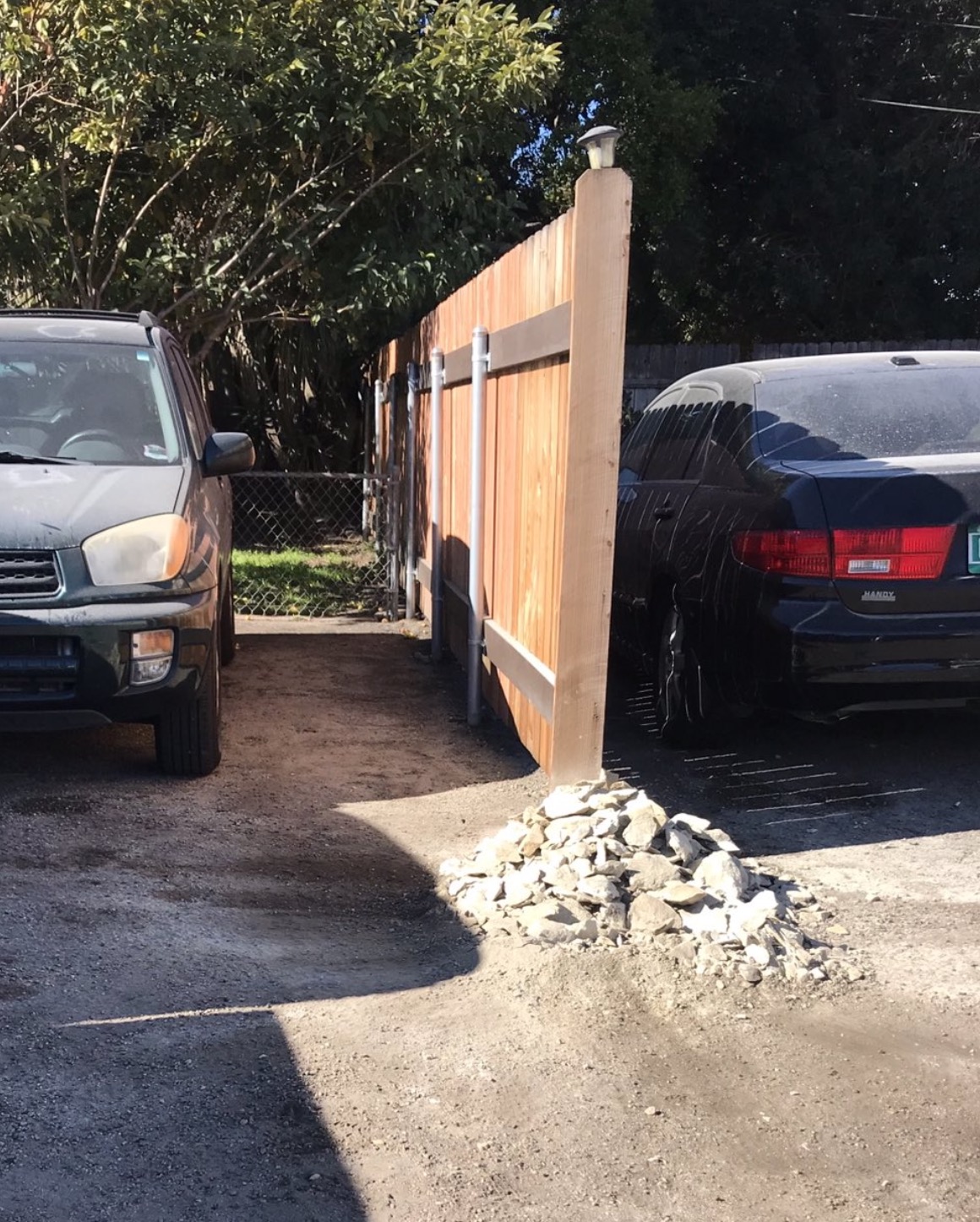 Later, Melissa ran into the undergrads, and provided her followers with a description: 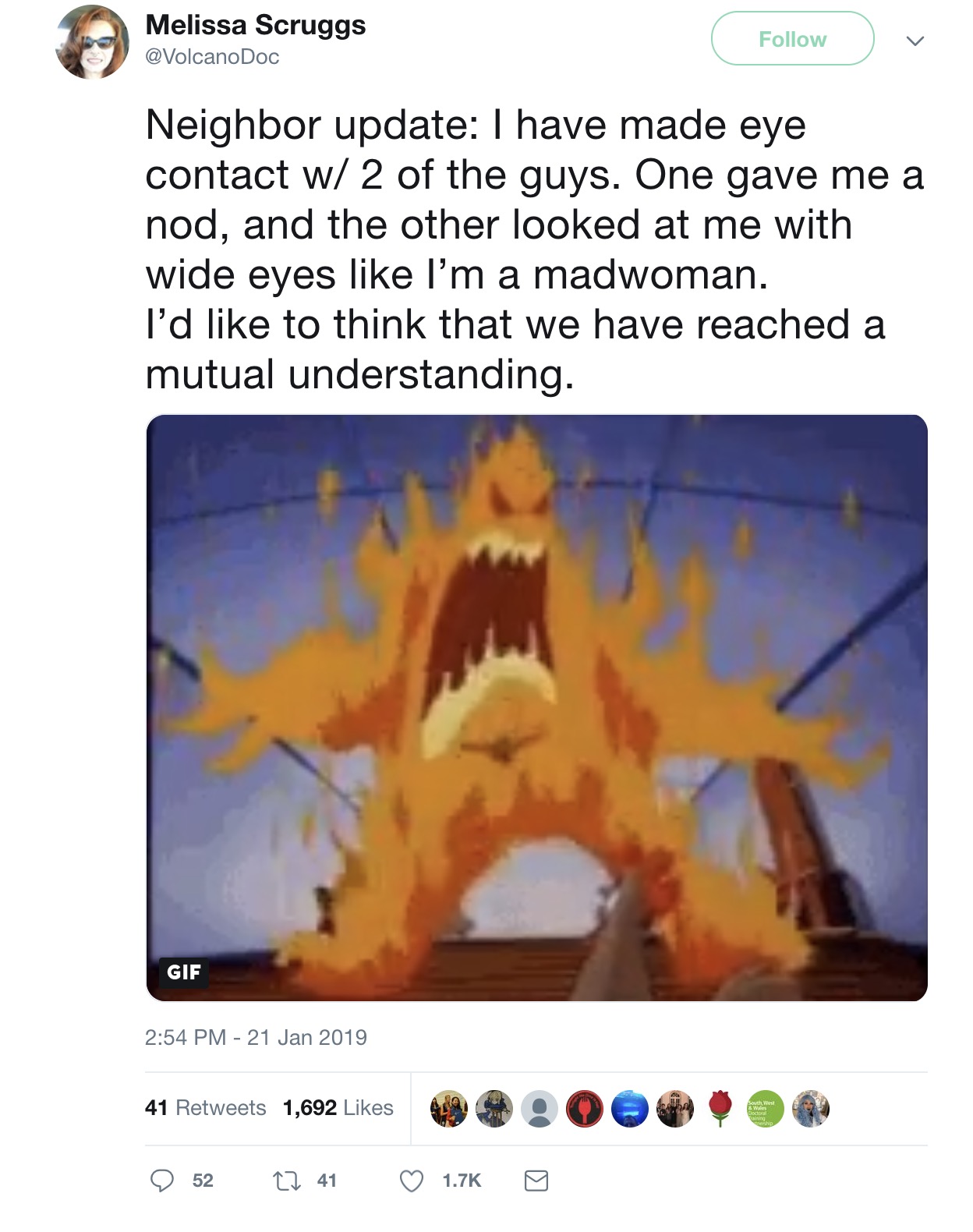 Melissa says she never expected the story to become so popular, thinking it would only amuse her geologist friends. People around the world replied with questions, and she was happy to oblige. If you have plans to undertake rock-related revenge, Melissa had this advice: 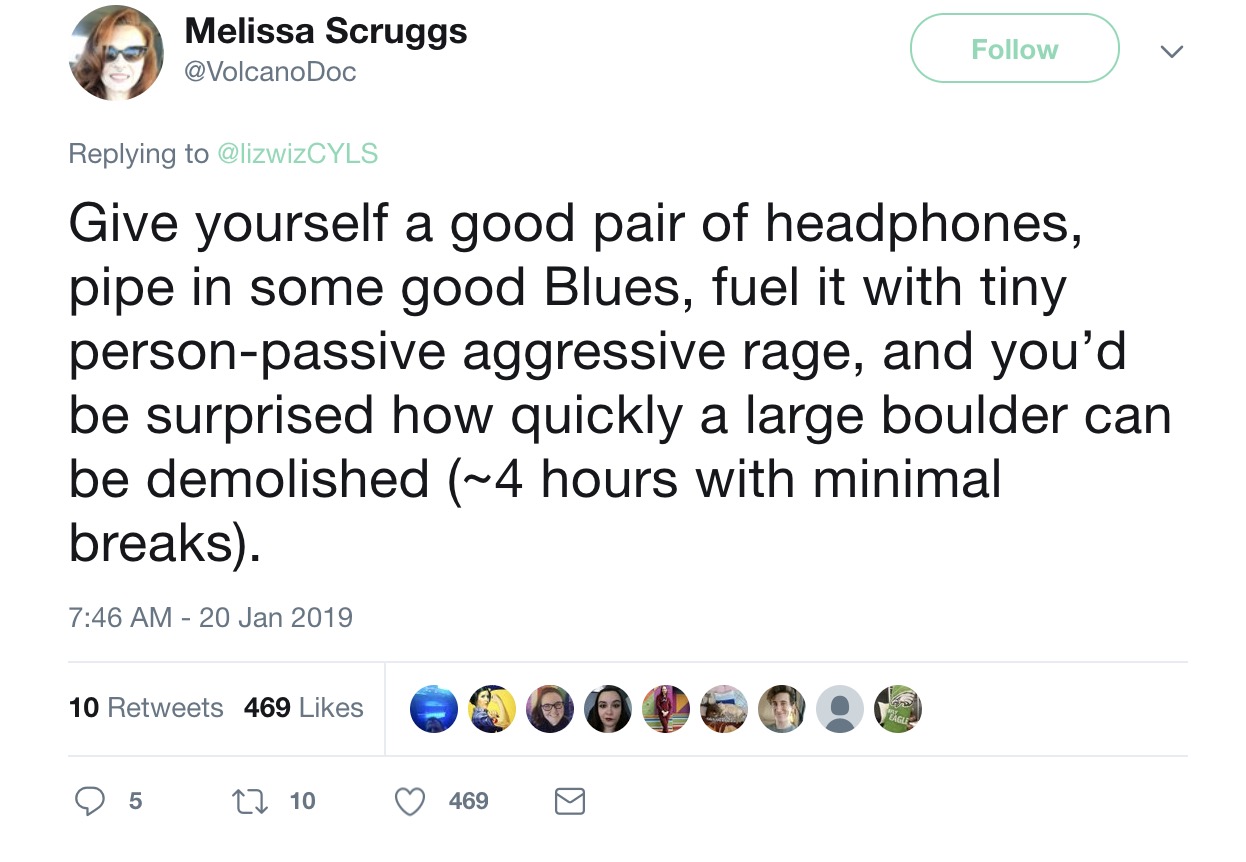 The fact that the boulder was sandstone was fortunate. If it had been another type of rock, the job would have been much tougher. 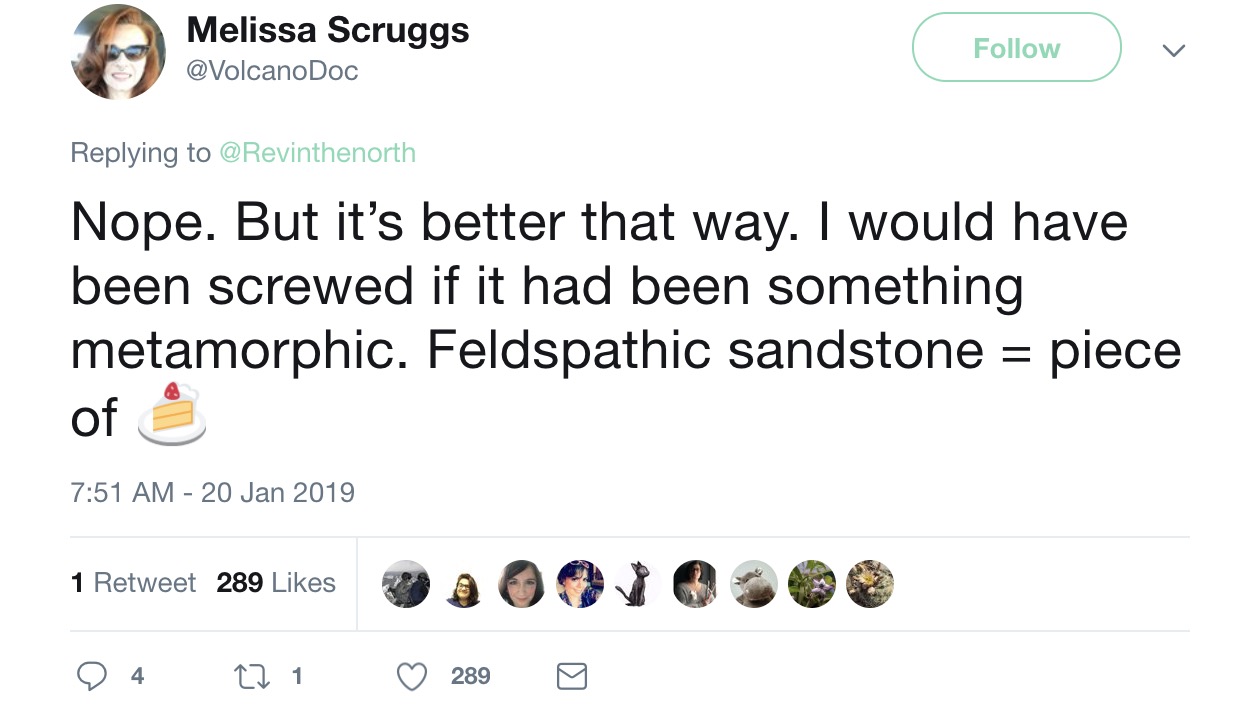 Melissa’s original plan was even more ambitious, and definitely would have been spectacular. 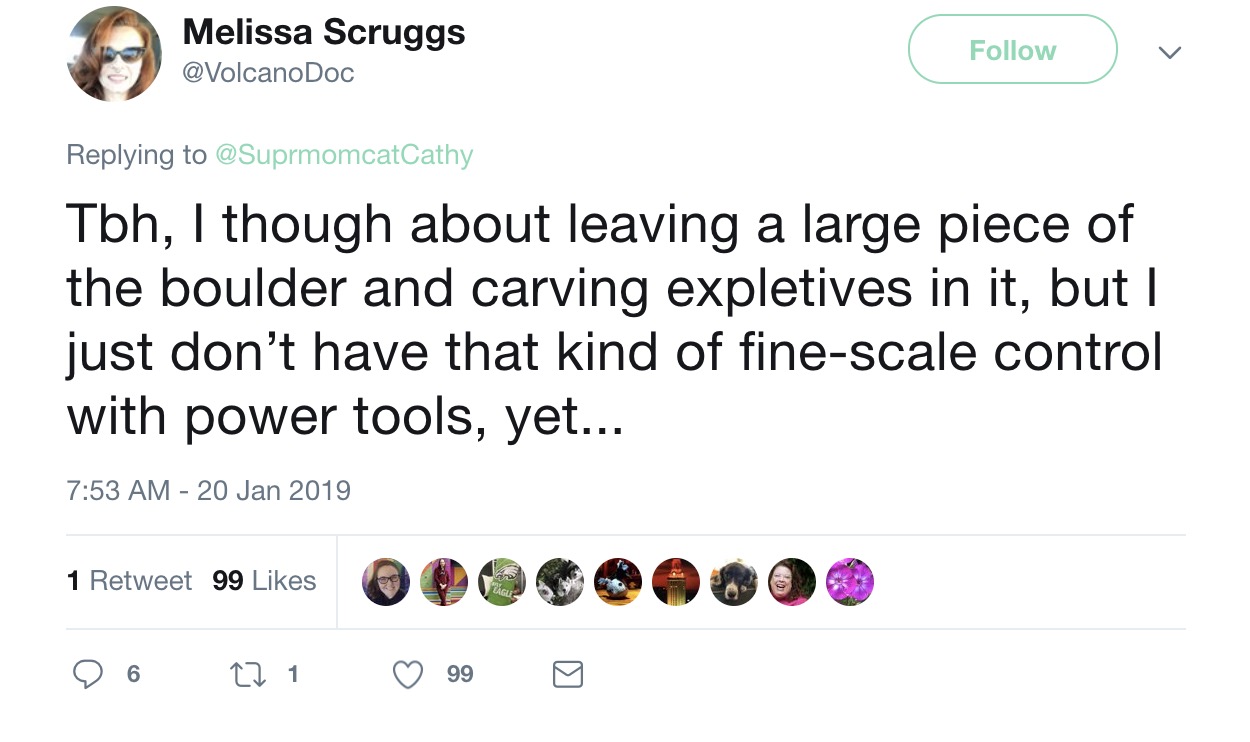 But above all, Melissa hopes that her story will inspire kids to follow in her footsteps and become scientists. “I’m hoping that I can use this attention to serve as a role model for anybody (but especially girls) who want to be righteous and awesome scientists and to really engage the public with Earth Science,” she said. “Geologists are often overlooked but quite important – and, as you can see, we’re pretty freaking awesome as a general rule.”

That’s a great takeaway, but we’d like to add a couple more: one, be a good neighbor. And two, if you’re going to pick a fight with a geologist, make sure your weapon of choice isn’t a rock.

20 Lazy People Living On Easy Street
15 Funny Tweets from Last Week
18 Bendable, Flexible, Seemingly Boneless Cats
15 Amusing Medieval Memes to Entertain Thou
15+ Tweets That Sum up the Misery of Work
11 people who were burned hard by their ex on Facebook.
We use cookies to offer you a better experience, analyze traffic, personalize content, and serve ads. Learn more