For those of us who want a romantic partner, finding “the one” to spend the rest of your life with can be difficult. But if you’re willing to consider a partner from the spirit world, the search might be a bit easier, hm?

Amanda Teague is a mother of five from Drogheda, Ireland. She’s been married before, so when it came time to choose a new partner, it had to be someone special. And to her, nobody was more special than the ghost of a Haitian pirate who died 300 years ago. His name is Jack, and he and Amanda were recently married at sea. Jack might be dead, but true love is alive and well. 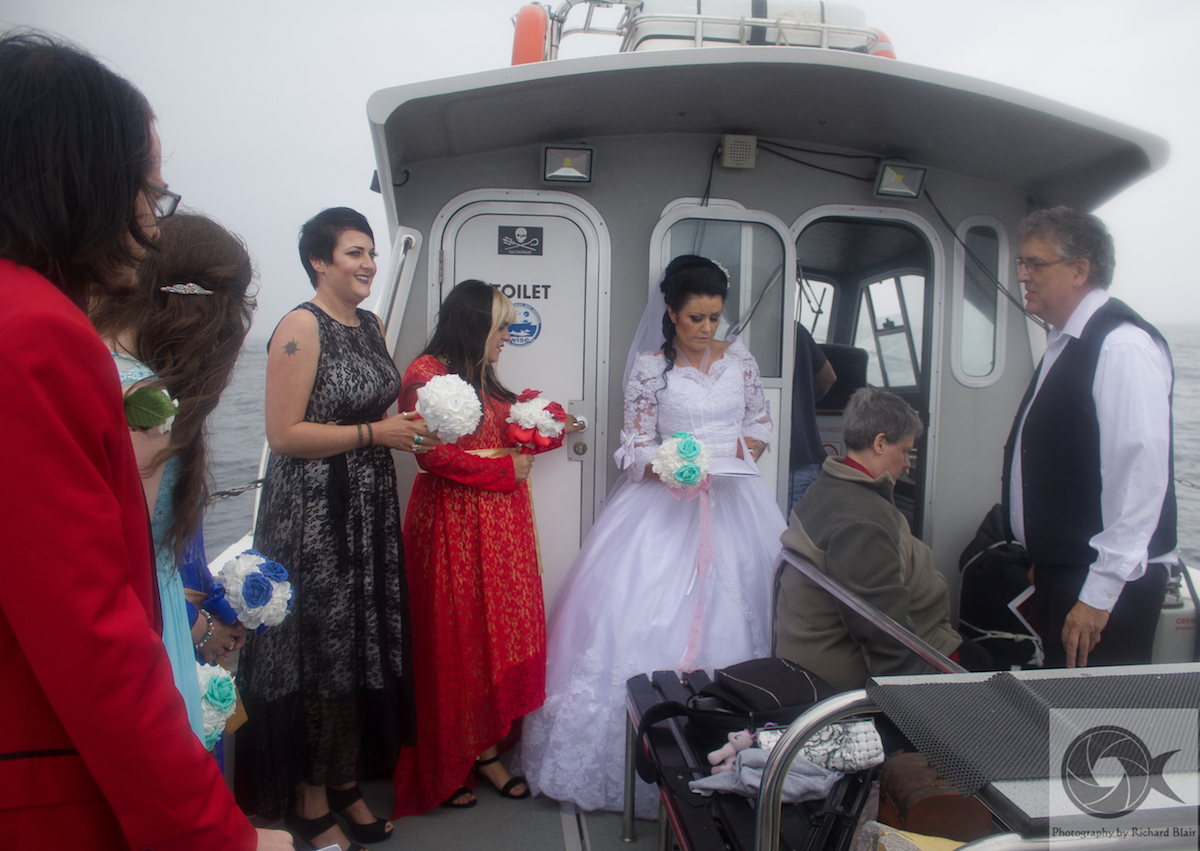 The wedding was a small, intimate affair–partly because that’s how the couple wanted it, and partly because the boat they rented could only hold 12 people. The wedding had to take place in international waters in order to be legally recognized in Amanda’s native Ireland. (You can’t marry a ghost in Ireland, but you can marry one in China, France, or Singapore, FYI.) Jack, obviously, could not attend the nuptials in person, so Amanda brought a Jolly Roger flag to represent him, and a psychic medium was present to say “I do” on his behalf. 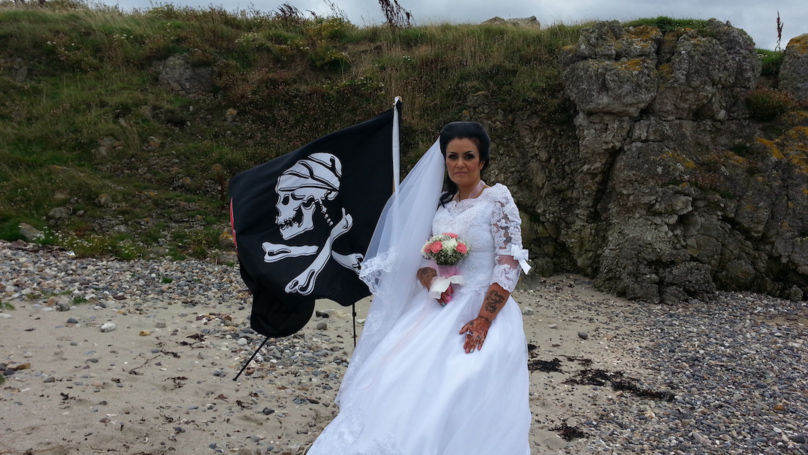 Amanda says one reason she was drawn to Jack because his life as a pirate was affected by hardship and tragedy. He was jilted at the altar, and his life ended by execution for his crimes. Otherwise, Amanda and Jack have had no trouble bonding despite her being a landlubber and him being born over 300 years ago. According to Amanda, he “loves” modern technology like smartphones and tables–or at least he loves trying to switch them on and off when she’s using them.

Amanda and Jack met back in 2014, when Amanda was lying in bed and felt his “presence” next to her. She quickly discovered she could communicate with Jack, and as the two enjoyed long car rides and TV marathons together, their relationship blossomed. “We became really close. The more I learned about him, the more I liked him,” Teague told the Daily Star.

Jack was the one to pop the question. “One day he said to me ‘We can actually be together you know’ but I had never heard of an intimate relationship between a spirit and a human before.” 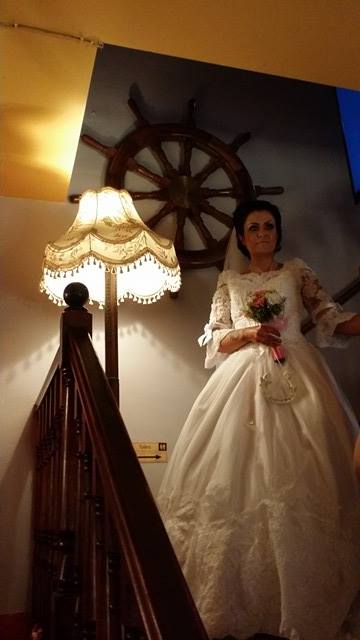 Marrying the spirit of a long dead buccaneer might sound odd to you and me, but Amanda is no stranger to the pirate’s life. Back in 2015, after her daughter told her that she reminded her of Jack Sparrow, Amanda decided to become him. She legally changed her name to “Amanda Sparrow,” and then transformed herself to resemble the fictional pirate, including tattoos, dreadlocks, and gold-plated teeth, spending over 6,000 pounds in the process. Today, she’s Northern Ireland’s first and only female Jack Sparrow impersonator. 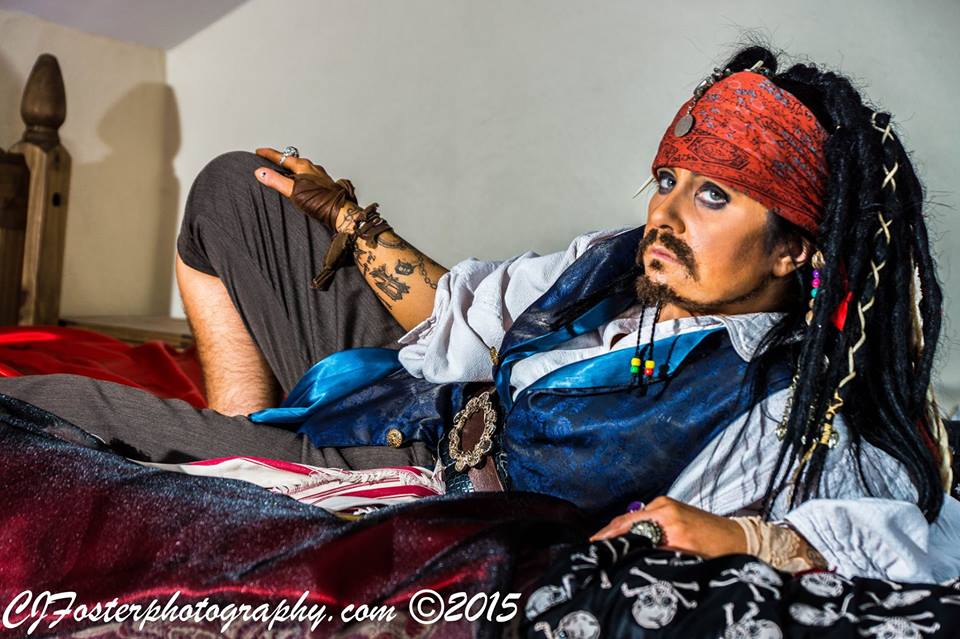 But probably the biggest question on everyone’s mind is, “Do Amanda and Jack have sex?” You bet they do. Amanda reports that intimate relations with Jack aren’t much different than with a living man. “It is well known that people often feel a spirit touch their hands, their face or their hair. The only difference with having a sexual relationship with a spirit is obviously that sense of touch goes a lot deeper,” she said.

“You can literally feel the physical act of what the spirit is doing to you, and the spirit can feel it too.”

Amanda hopes her story will get the word out about relationships with spiritual entities. She and Jack plan to write a book on how to find a partner who has shuffled off their mortal coil.

Maybe someday we’ll live in a world where the living and the non-living are able to find each other easily. If you would like to write to Tinder to encourage them to allow ghosts, you can do so here.

As for Amanda and Jack, we wish them many years full of happiness and free of scurvy.

13 Cats Who Went From Being Chunkers to Totally Lean
18 Amazing Modern Remakes of Famous Paintings
Adults Photoshopped to Look like Toddlers Will Make You Laugh and Look Away at the Same Time
Dad Busted Playing HQ Trivia During Daughter’s Graduation
The “Dogspotting” Group Shares Wholesome Encounters People Have With Dogs
13 Crazy, Weird, and Interesting Movie Posters From Africa