As a parent, few moments make you prouder than when your child’s graduation. It’s the most special of special occasions, one that you won’t want to miss for any reason.

But now that we live in the digital age, you can attend your kid’s graduation and still do lots of other things at the same time–like compete in an online trivia game.

Wyatt Croy‘s younger sister recently graduated, and when Wyatt was going through photos from the occasion, he noticed something in his Dad’s hand: a smartphone, open to the HQ Trivia app. 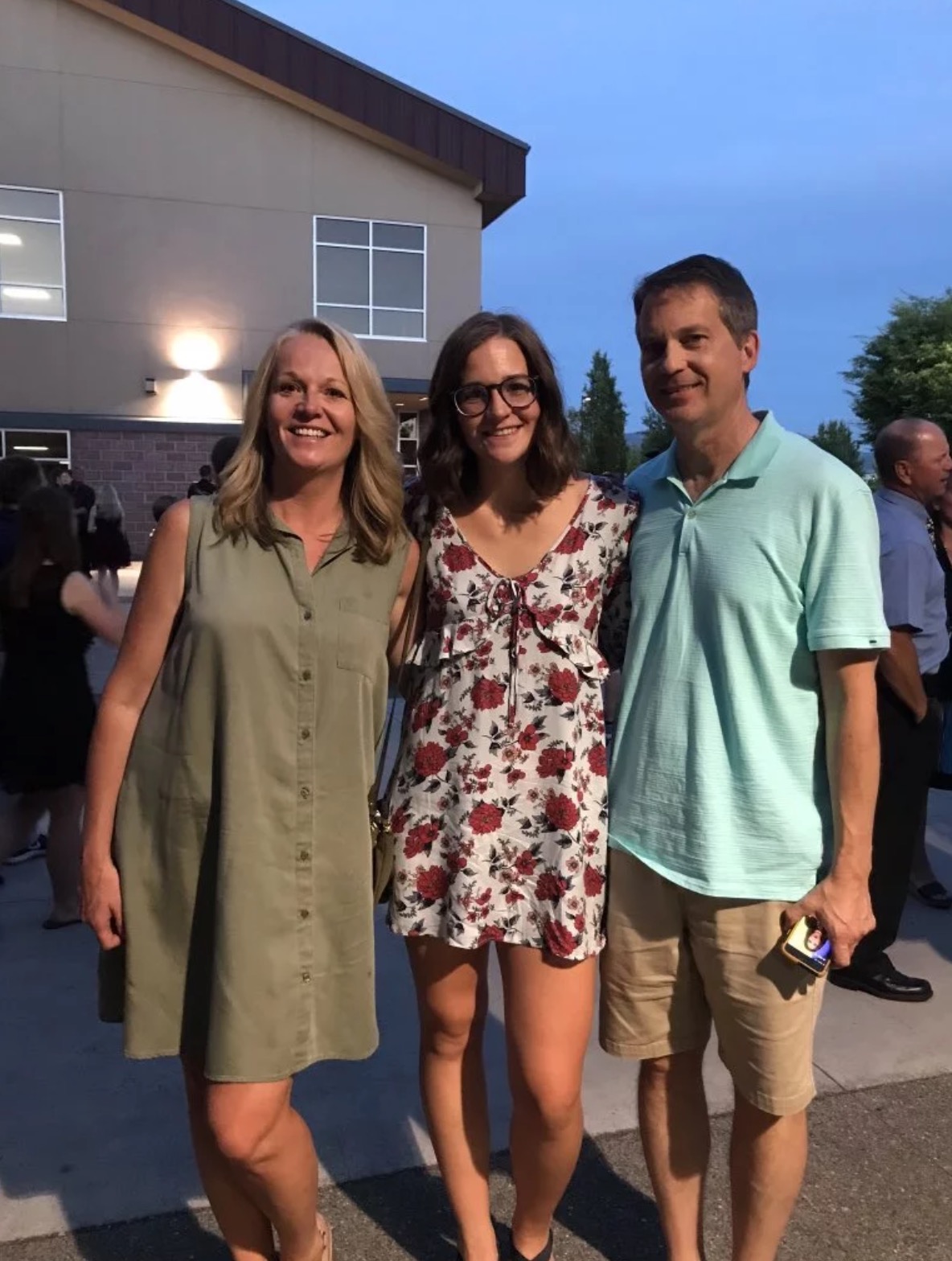 Let’s get a closer look: 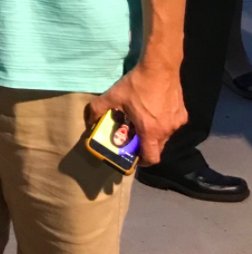 HQ Trivia, if you haven’t played it, is a smartphone game where hundreds of thousands of players compete to win a daily cash prize of $5,000. (It’s higher on holidays.) Any player who answers all twelve questions correctly splits the prize with every other player who aced the quiz–but the game is known for being exceptionally difficult, so if you can manage a clean sweep, odds are you’ll take home a nice chunk of change. Most people end up winning at least a couple bucks.

But unlike most smartphone games, HQ Trivia can’t be played any time of the day. The game begins promptly at 9pm EST, (with another game at 3pm EST on weekdays), so if you wanna compete, everything else in your life will have to wait. Even your child’s graduation.

Wyatt’s family are all hardcore HQ Trivia players–Wyatt started playing in college, and he got the rest of the family hooked–but he assumed everyone turned off the app during his sister’s special day. When he noticed the photo, he sent it around to family members for a laugh, then Tweeted it and went to bed.

When he woke up, the Tweet had gone viral. 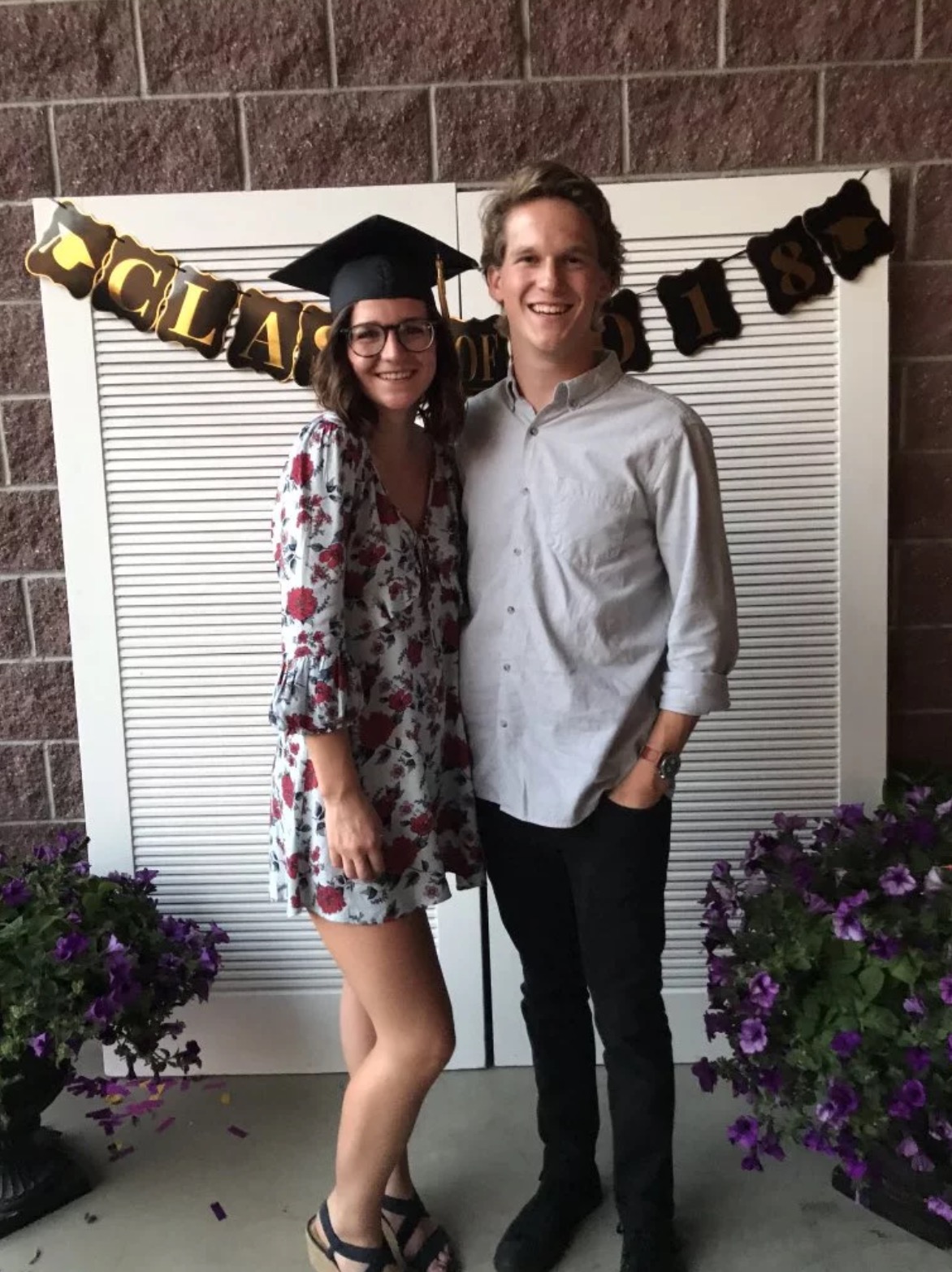 “I didn’t mention to him at first, but after it went viral I told him lots of people found the photo funny. At first he was a bit nervous that the whole world thought he was some terrible father, but soon he found it really funny and my whole family was laughing about it.

He didn’t say much about it, he just said ‘you know, it’s six o’clock, of course I’m going to do the quiz’.”

But Wyatt’s Dad’s concerns were unfounded. Most people who reacted to the photo on social media were sympathetic. After all, the game is addicting. One person confessed to playing HQ Trivia at an inopportune time:

“I was playing at the Taylor Swift concert on Friday in Chicago.. shout out to Verizon for the great reception throughout the game.”

Another person noted that Wyatt’s Dad is going to have big bills to pay very soon:

“College doesn’t pay for itself yo.” 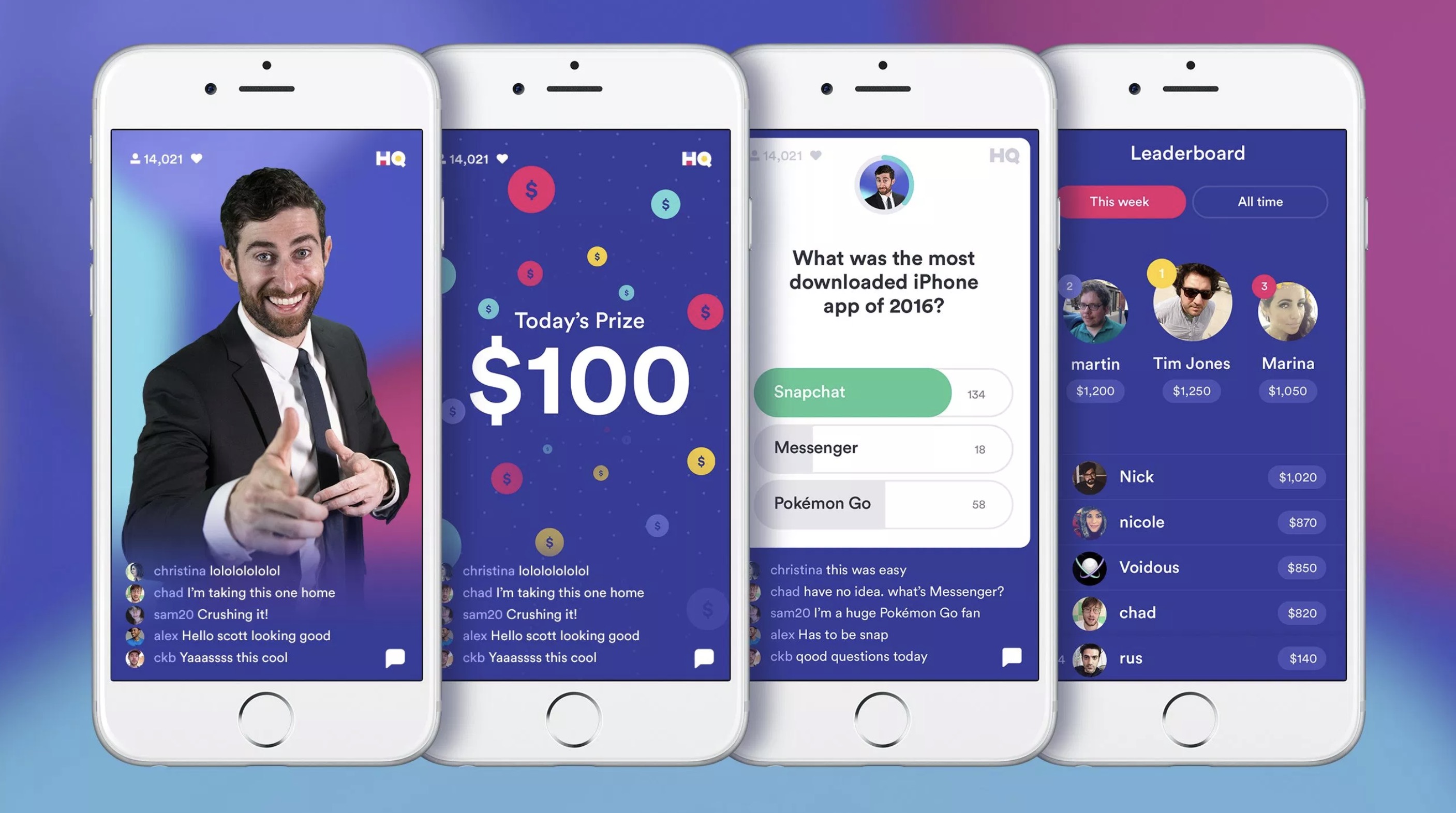 We’re glad nobody griefed on Wyatt’s Dad for indulging in a little time killing. In fact, if you’ve ever had to sit through an interminable graduation ceremony, with hundreds of graduates receiving their diploma, you know that smartphone trivia might be the only way to survive it.