Everyone’s faced this problem before: you look at your wristwatch, and while it does accurately tell you the time, it doesn’t have any golden skulls or snakes attached to it. Even worse, Sylvester Stallone was not involved in the watch’s production in any way. Well friends, I’m here to tell you that this problem has been definitively solved. Because Sylvester Stallone made a watch AND A FOUNTAIN PEN just like that.

It’s called the Chaos collection, and it will melt your face off. 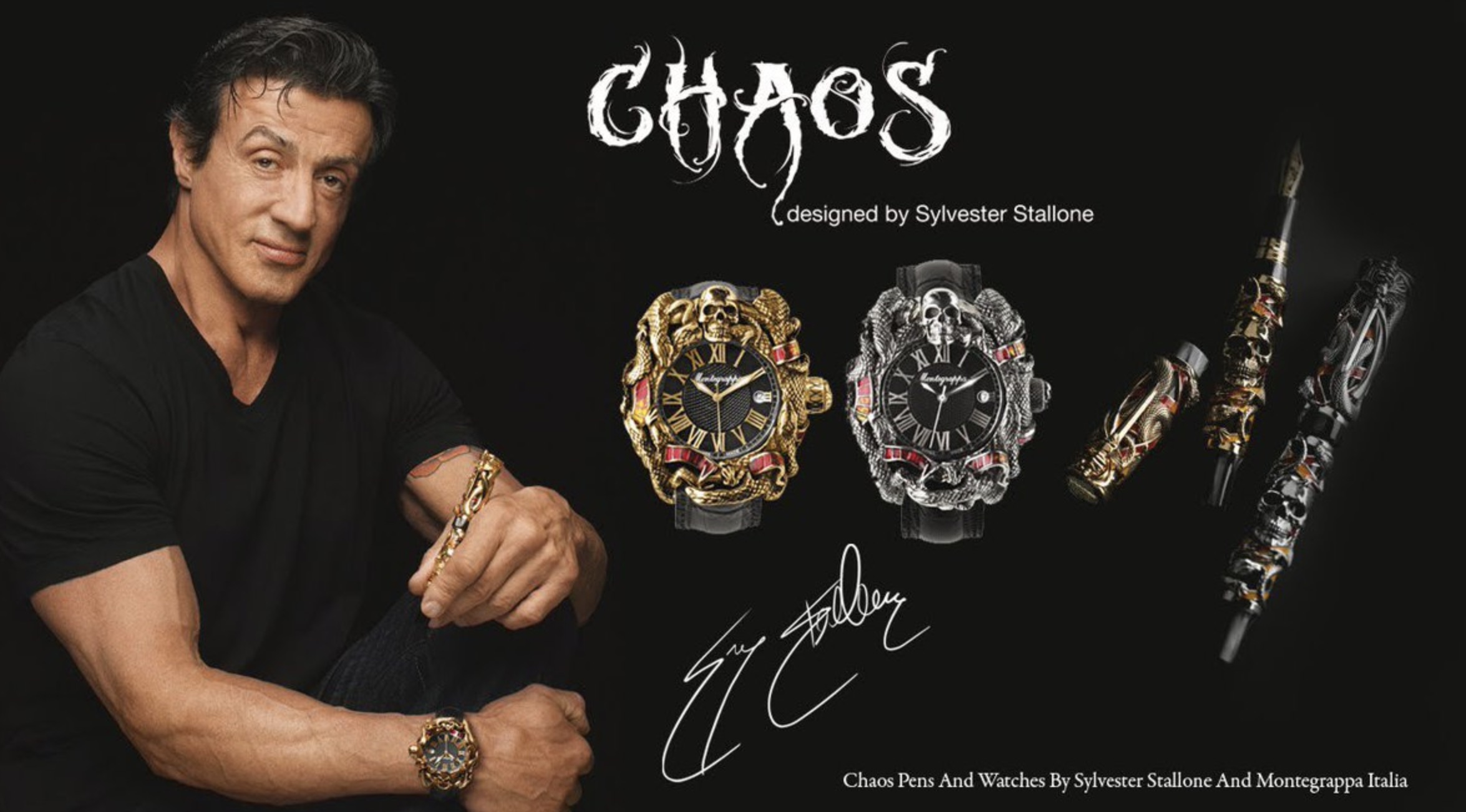 Way back in 2013, Stallone teamed up with Italian luxury brand Montegrappa to design a series of pens and wristwatches that can best be described as “What if a pirate and a supervillain opened a jewelry store together?” But he didn’t just design a few tacky luxury items; he also made a nearly four minute long trailer for them, full of CGI that would have looked cheap in 1997.

The trailer itself was made five years ago and didn’t get much attention, for obvious reasons–do you know anyone with a Chaos watch or a Chaos pen? But this week it was rediscovered by artist Amanda Wong. The trailer then went viral for its utter ludicrousness.

You can check it the trailer below, and then we’ll go through it point-by-point, because it’s a lot to process.

Hell yeah! I haven’t been that pumped up since the end of 2001’s Driven.

The trailer begins with some Deep Thoughts, Stallone-style. “To have light, there must first be darkness. Death does not exist without life. To have peace, war is required. To keep order, first there must be…chaos.”

Which is just fantastic marketing. When I want a pen, I one that embodies themes like life, death, order, and entropy. Really gets me in the mood to write my grocery list. 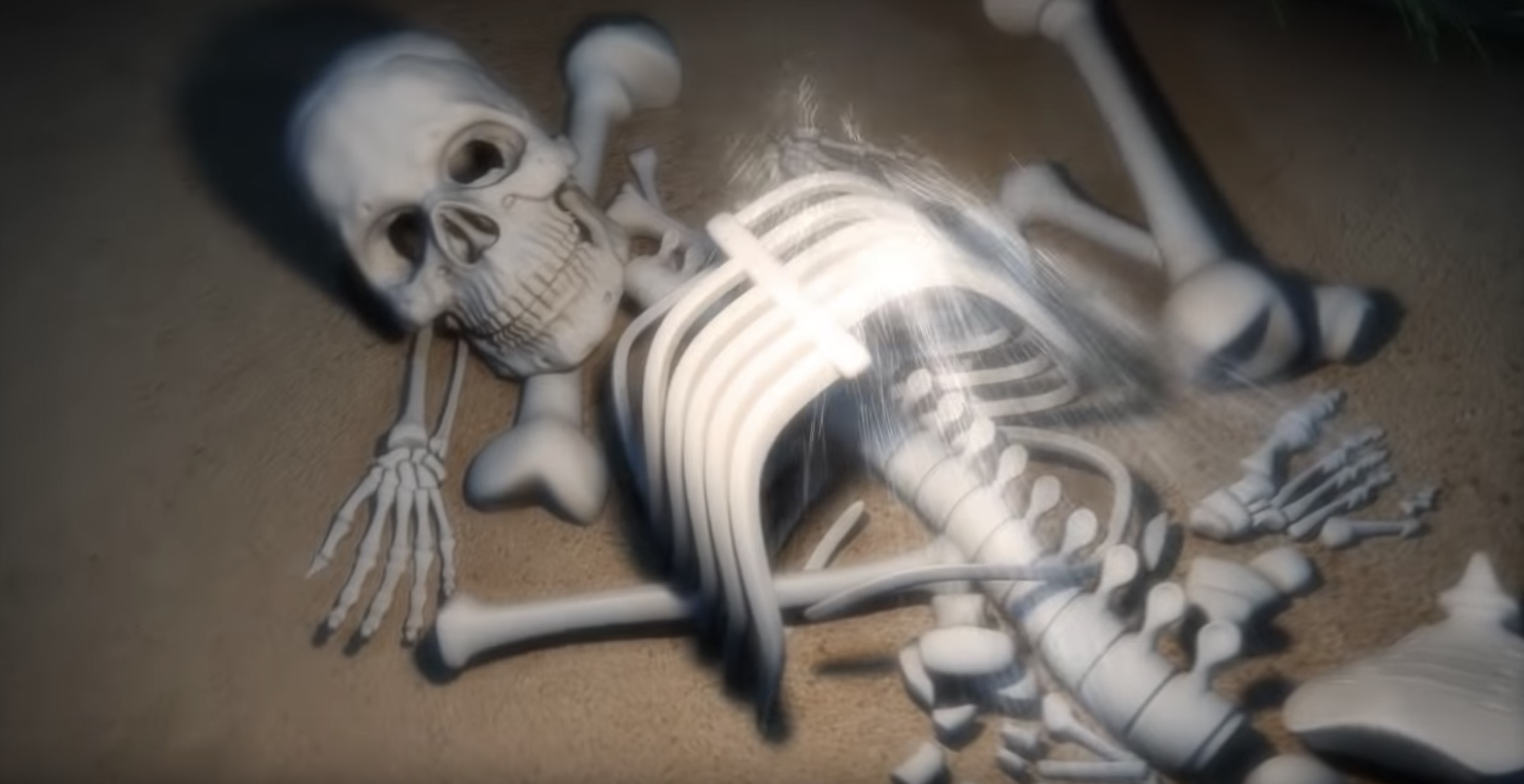 Then the trailer cuts to a skeleton on the bank of a river. Whose skeleton is it? Probably Stallone’s business manager, who rolled his eyes to death when he first heard about this idea. 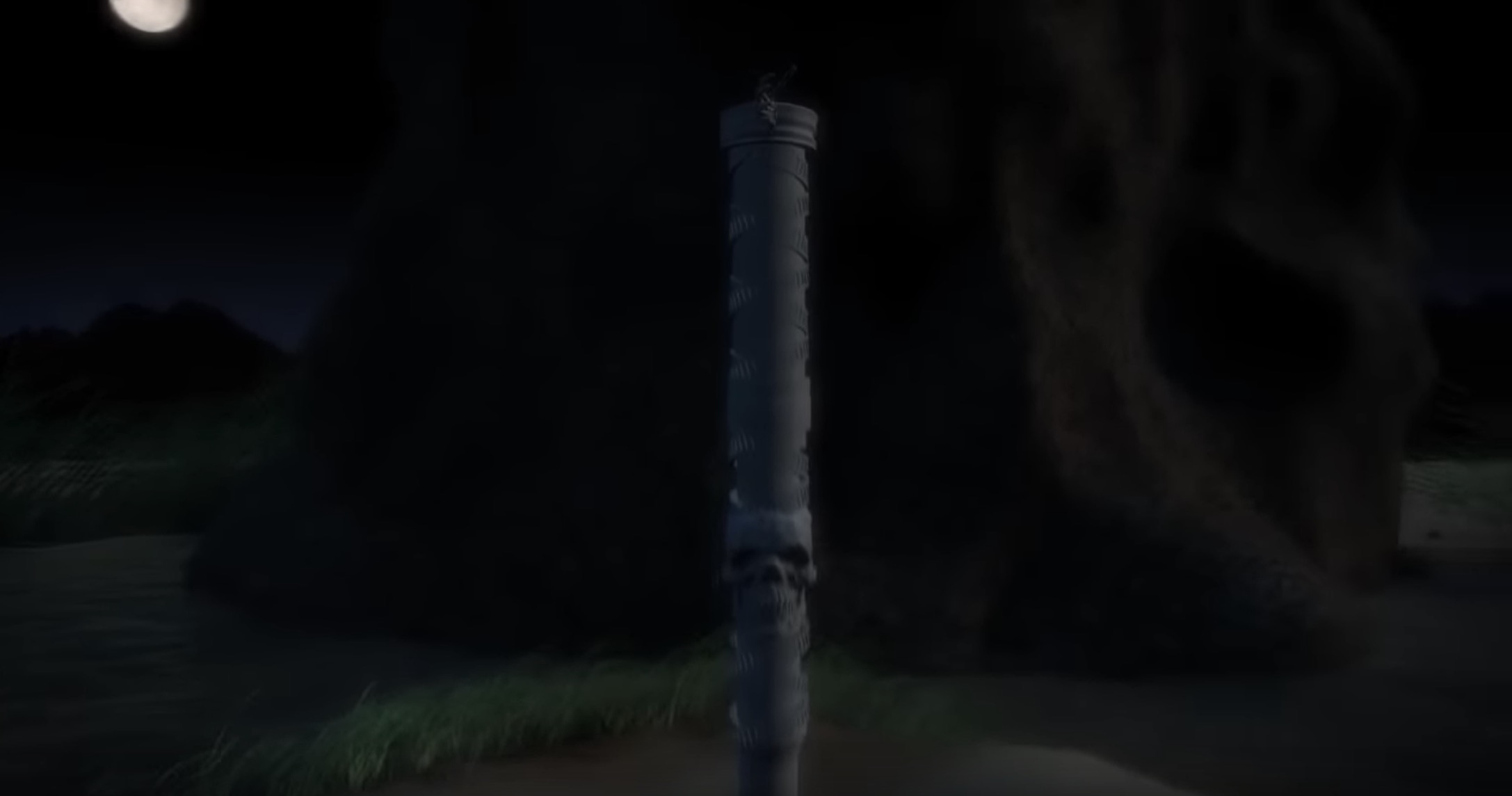 Suddenly, magical forces transform the skeleton into…some sorta pillar thing, with a skull embedded in it! It’s actually the body of the pen you’re supposed to buy. Or maybe it isn’t. I don’t know. I’m still recovering from a recent acid trip. 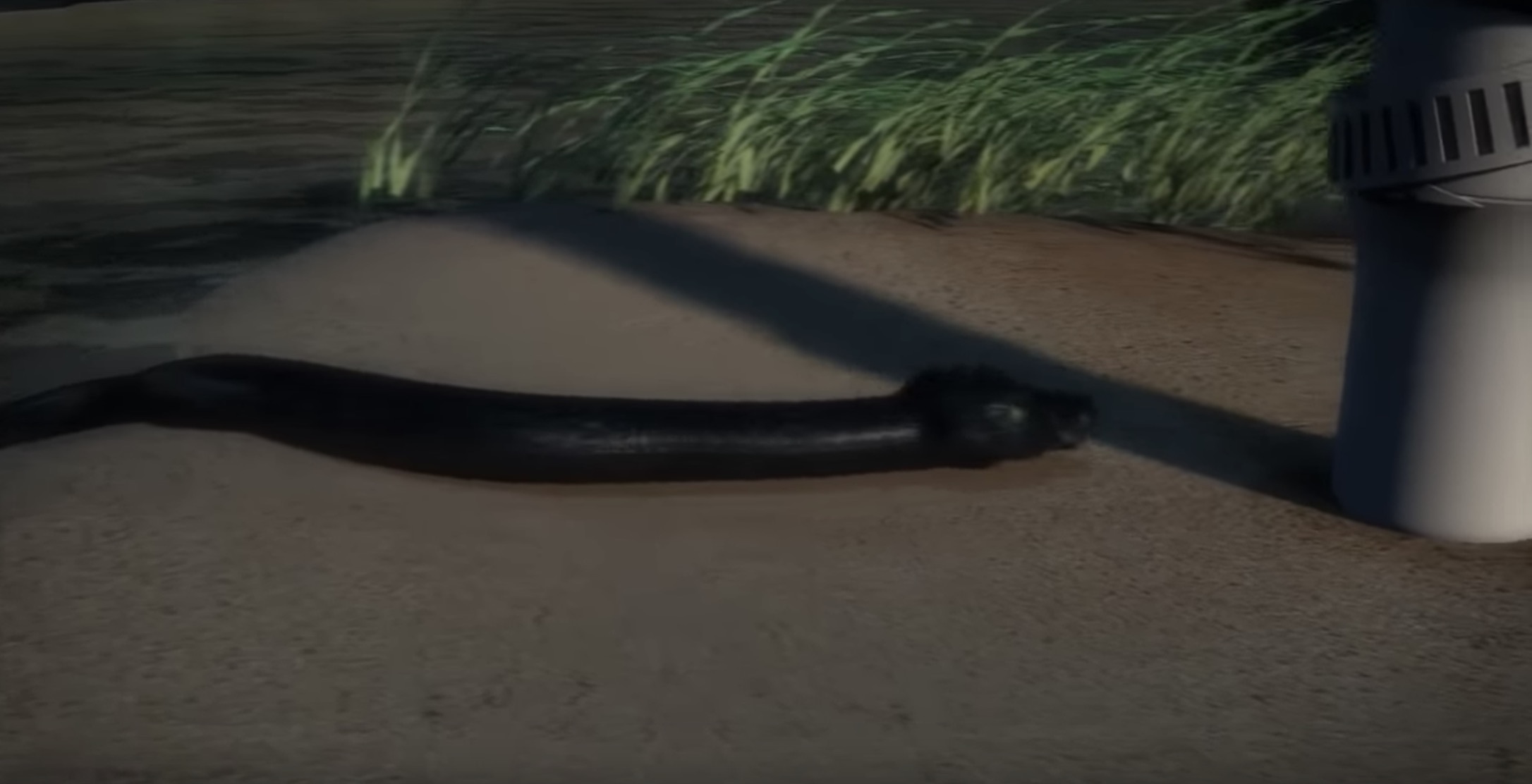 Then, intrigued by the skull pole, a terrible CGI snake slithers out of the water and coils itself around it. Seriously, that snake wouldn’t even be good enough for a knockoff version of The Jungle Book made in Turkey. 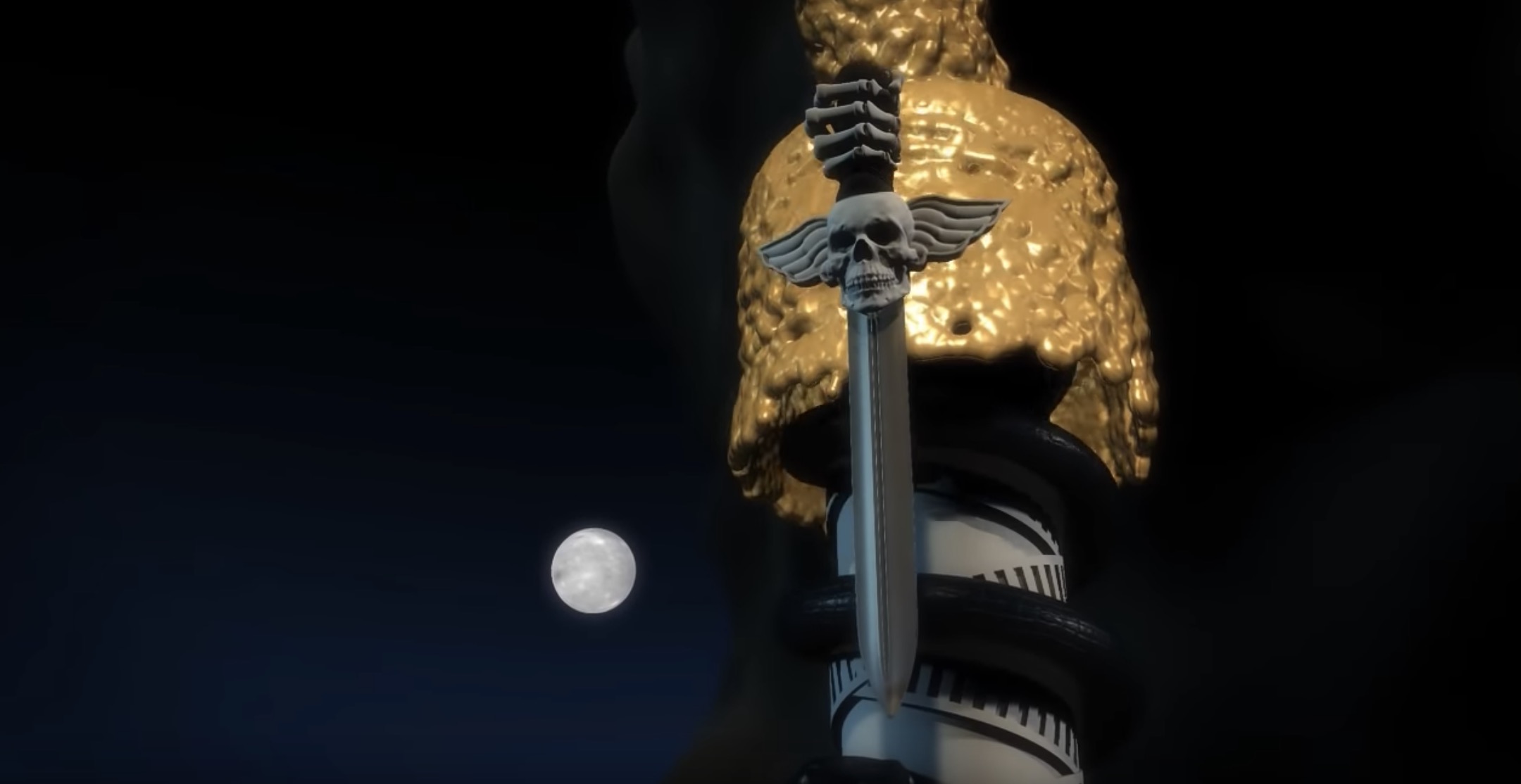 Once the snake is in place, it’s time for the final pieces of the puzzle: a disembodied skeletal hand holding a sword with a winged skull for a hilt. It’s exactly the sort of thing a Hell’s Angel would draw for his vision board.

Finally, a stream of molten gold douses the whole thing, presumably killing the snake, but also providing a sleek 18 carat finish. Does this mean all Chaos pens are made with a live snake encased in gold? That WOULD be pretty chaotic. 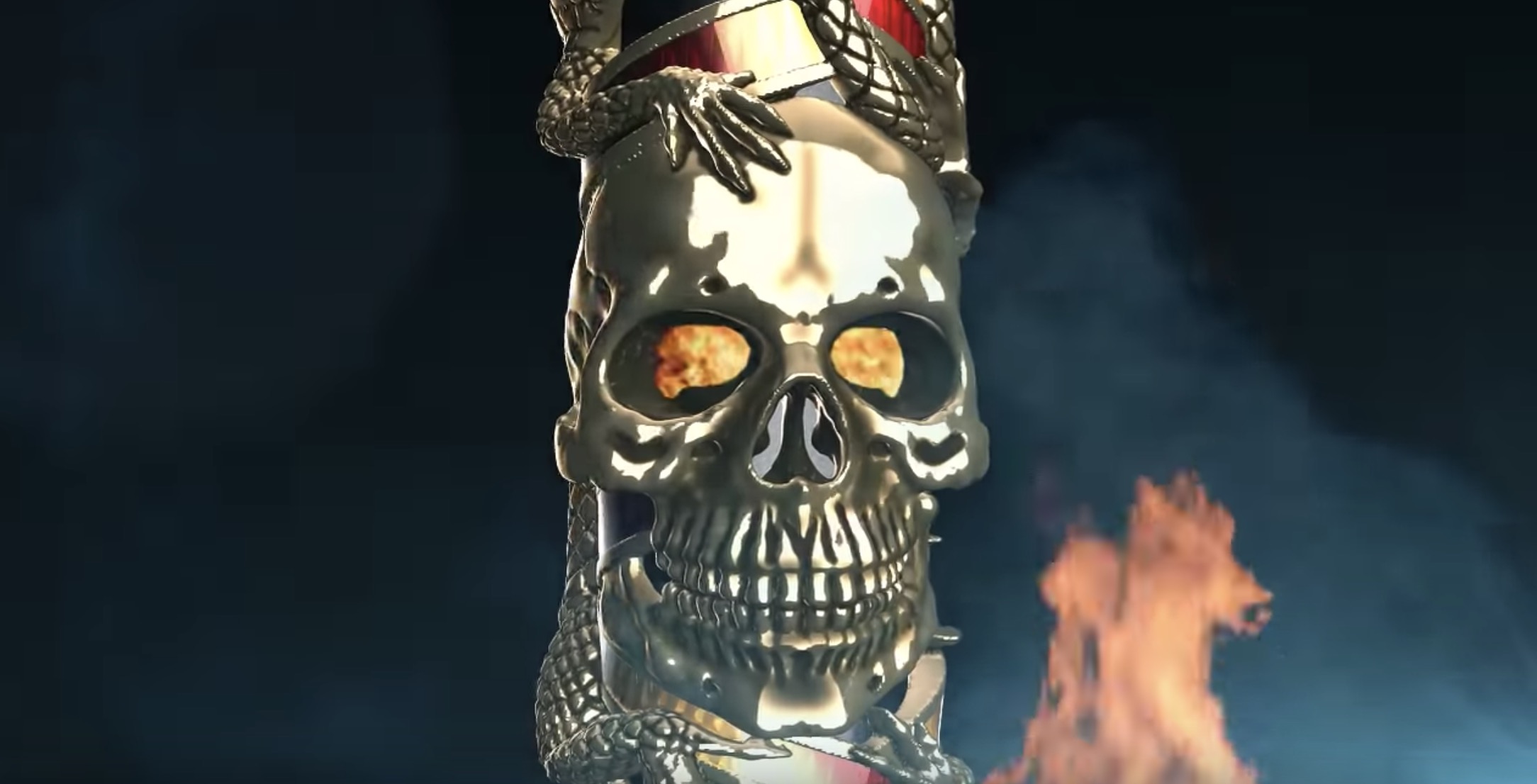 Oh, HELL yeah. Is that a fountain pen, or a Slayer album cover?

The ad then rattles off a list of adjectives describing the pen. Exotic! Majestic! Imposing! You can almost hear the words screaming under the strain. 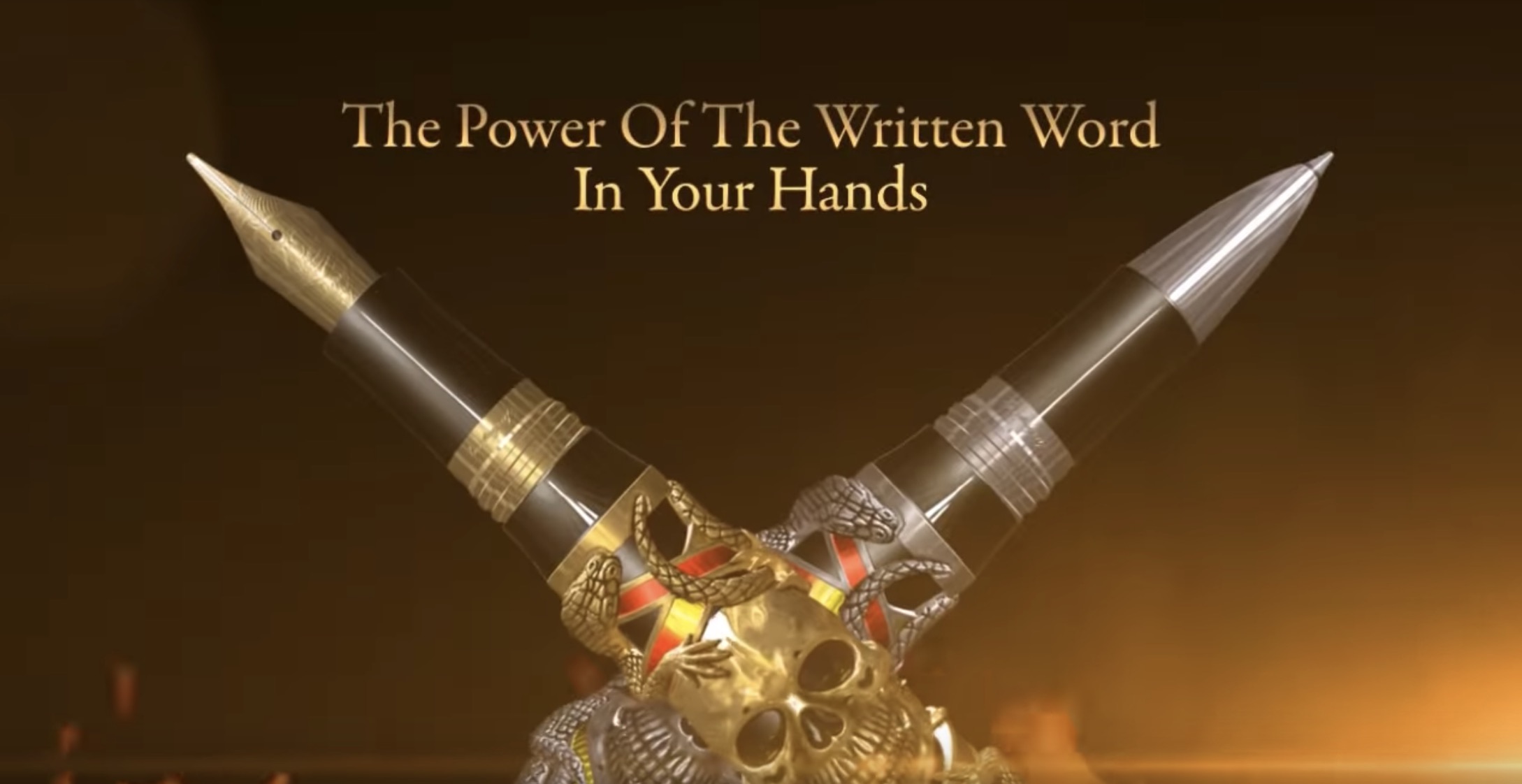 It’s the number one pen for gun smugglers and cartel assassins!

But we said this collection includes pens AND wristwatches, didn’t we? Get ready. 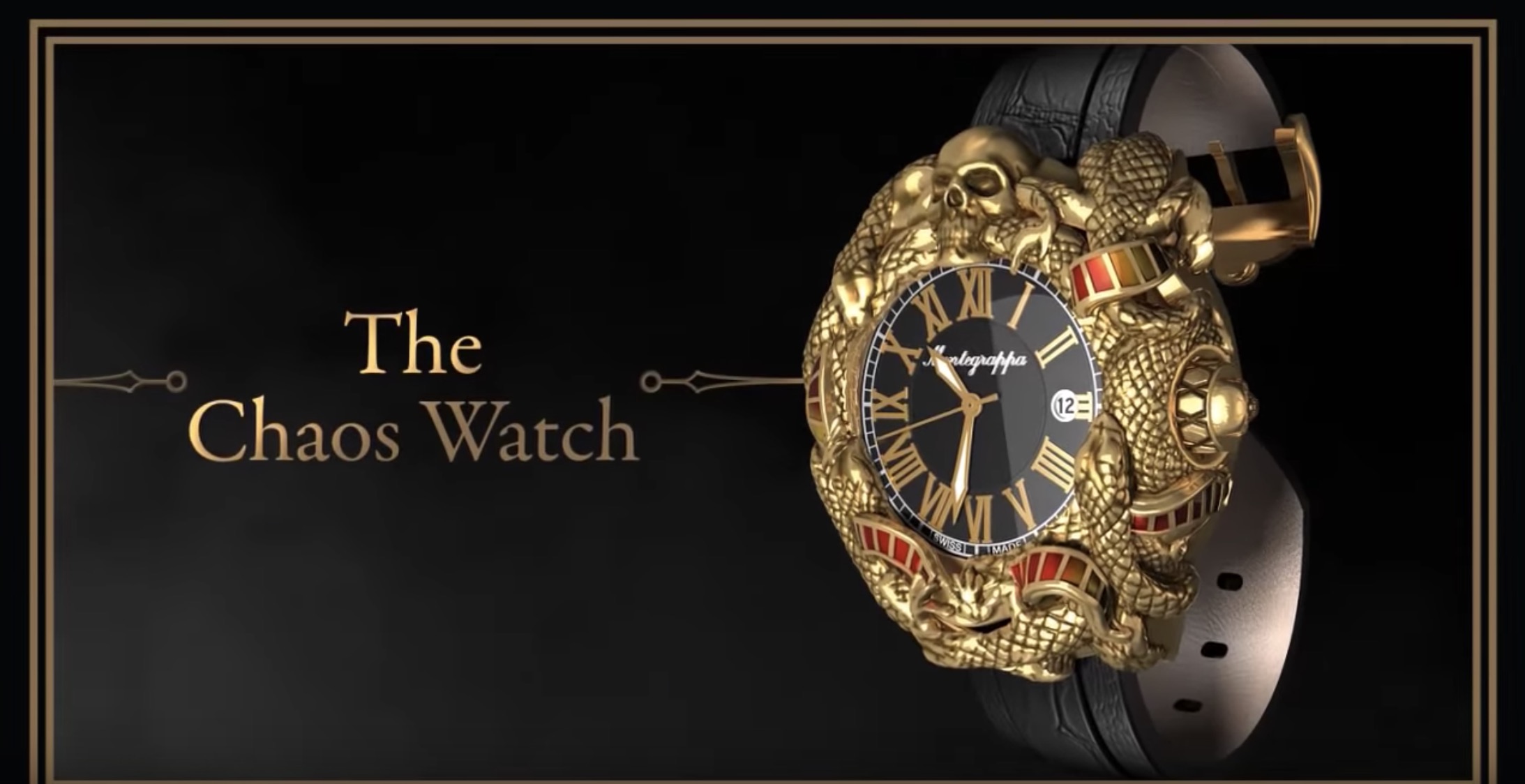 Honestly, I’m a little disappointed with the watch. It’s called a “Chaos” watch, and yet all the numbers are in their proper place. Shouldn’t the numbers be all mixed up? Throws some letters in there, too. Or some punctuation marks. Maybe even Wing Dings. THAT would be a chaotic watch. 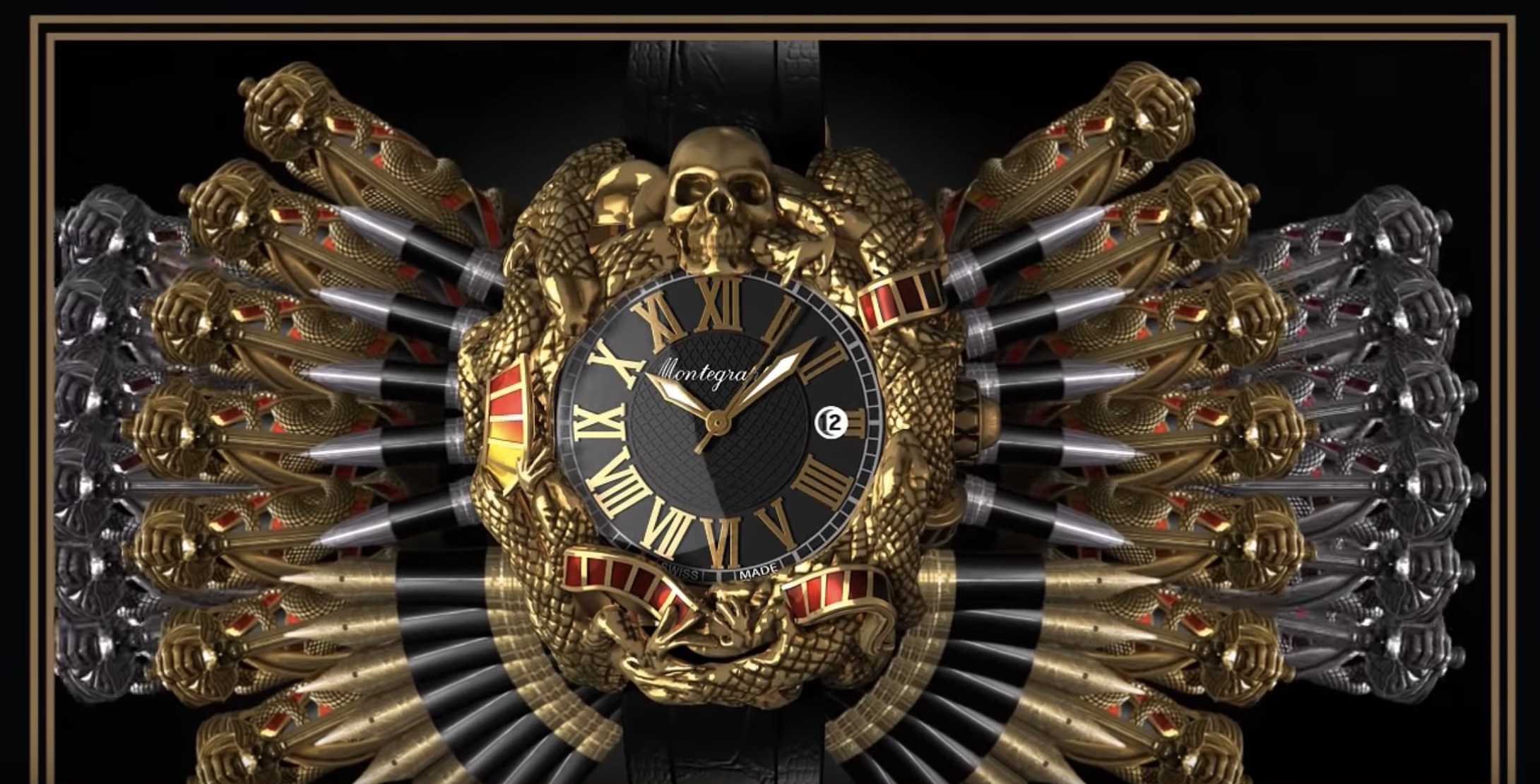 And with that, the ad ends. But how much does a fountain pen or a wristwatch like this cost? They might look like they belong next to the cash register at a Spencer’s Gifts, but like we said, Montegrappa is a luxury brand. If you live in the UK and want the gold pen, it’ll set you back a cool £40,500.00 ($53,423.55).

BUT, if you order online, Montegrappa will throw in a free 8oz bottle of fragrance. So if you think about it, not buying this pen is costing you money.