Technology is constantly changing our lives. Virtual reality has found its way into everything from classrooms to film festivals. Driverless cars are right around the corner. Articles just like this one will soon be written by robots instead of human beings. (Unless I’m a robot and don’t realize it. Hope not!)

You might think that some areas of life don’t really need innovation, like going to the bathroom. We’ve been urinatin’ and excretin’ for 200,000 years. How else could it possibly be improved?

It turns out the folks at Charmin have been hard at work doing exactly that. Presenting: the “Forever Roll.” Welcome to the future! 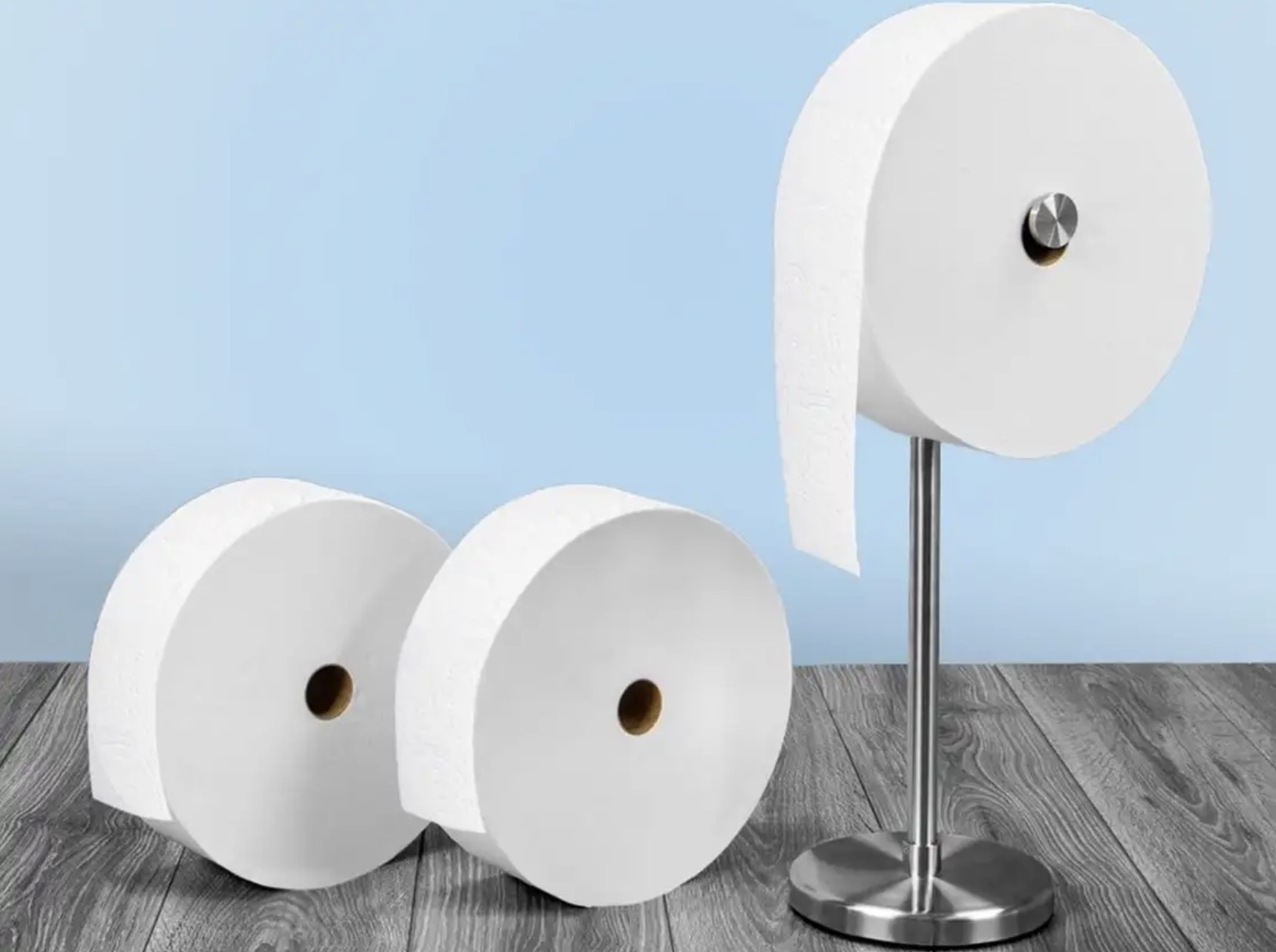 So basically, it’s like those giant TP rolls you’d find in schools, airports, and government buildings, except much softer and more butt-friendly. Plus, those rolls are meant to serve hundreds of people, while these are just for you and your family.

“Now go up to ONE MONTH before changing your roll,” reads the Forever Roll page on Charmin’s website. “With Forever Roll, you can go longer between roll changes without sacrificing your comfort. It’s super convenient and long-lasting, so you have one less thing to think about!” 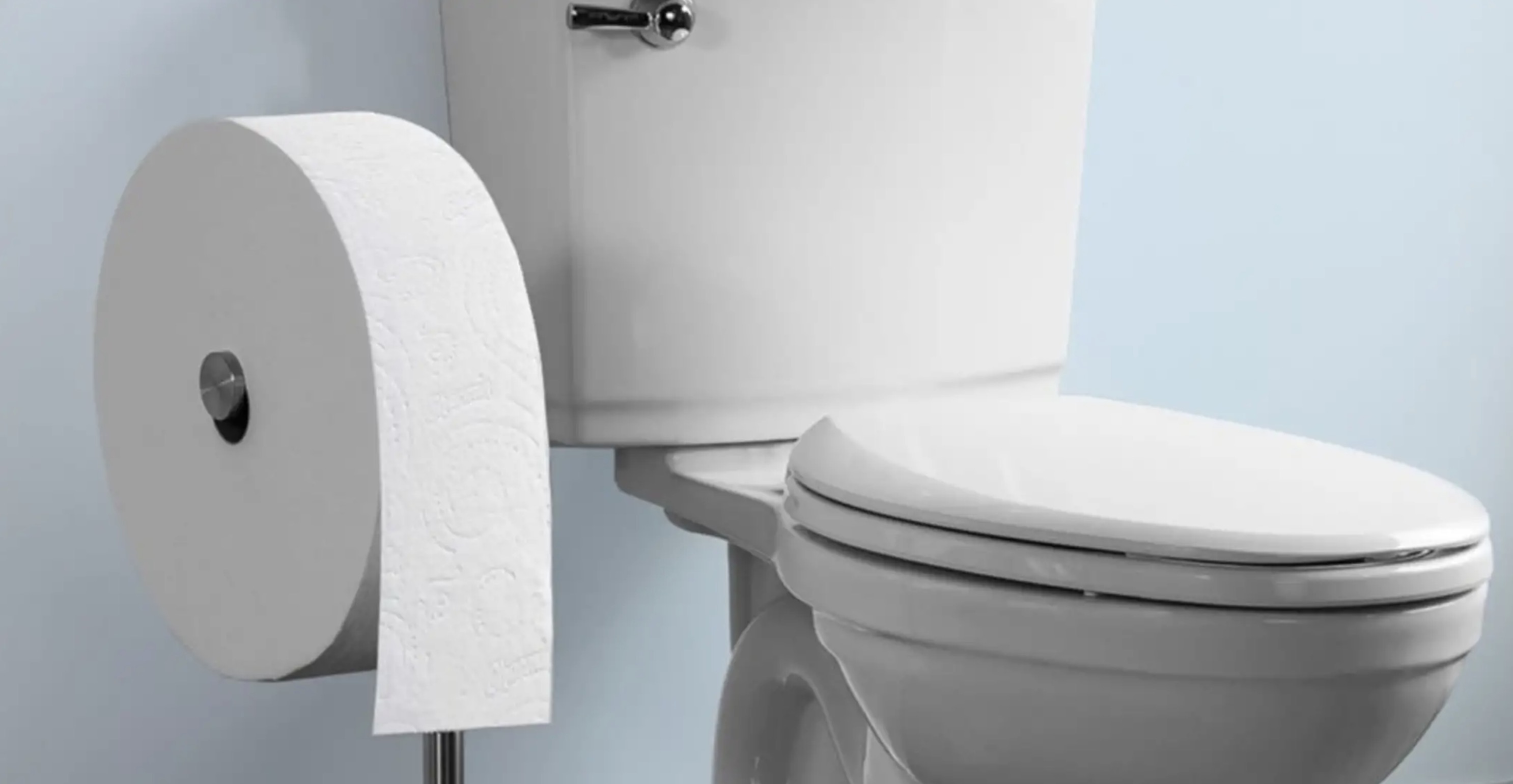 Forever rolls come in two sizes: Single-User, which is meant for a one-person household. Those measure at 8.7 inches in diameter and include 850 sheets of two-ply. Then there’s the Multi-User size, which measures 12″ and includes 1700 sheets.

Right now they’re only available on the company’s website. A pack of three Single-User rolls costs $16.47, while the Multi will set you back $29.97. Both options come with free hardware to mount them with. (More on that later.)

Admittedly, the Forever Roll is not cheaper than Charmin’s normal small roll. Newsweek ran the numbers, and the Single-User Forever Roll works out to 64 cents per sheet, while the Multi User Roll costs 58. (Both are a bit lower if you buy them at the subscription price.) By contrast, on Amazon, a pack of 24 regular Charmin “Mega Rolls” is worth about 34 cents per sheet.

But Forever Rolls aren’t about saving money. They’re about convenience. 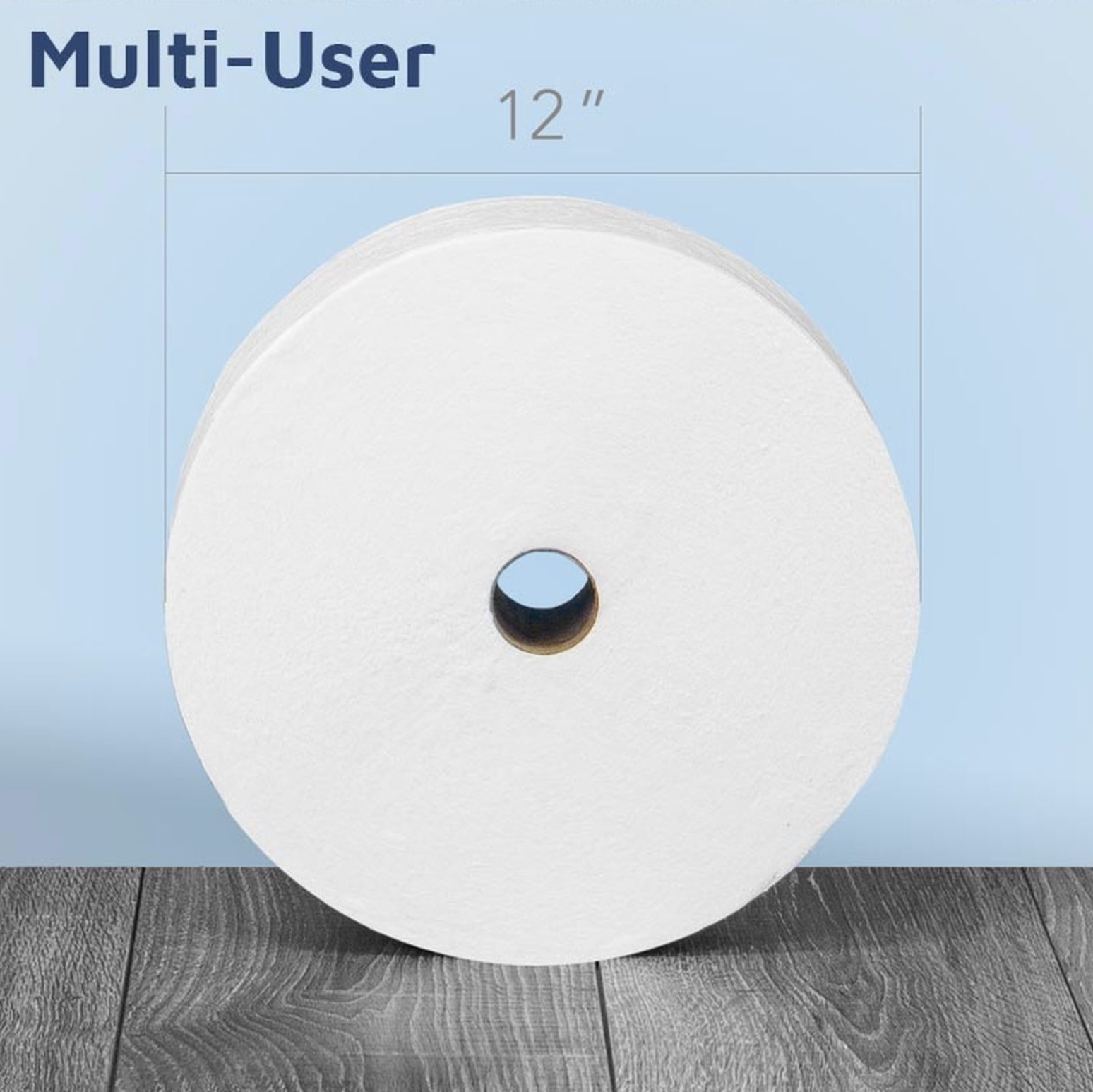 For city-dwelling millennials, the reasoning is that since they’re more likely to live in a cramped, overpriced apartment, a Forever Roll cuts down on the need for storage space. For the elderly, Charmin claims, a Forever Roll is great for those who don’t leave the house often.

But come on. Clearly the Forever Roll deserves a place in everyone‘s homes. Who wouldn’t want the convenience of only having to replace your roll once a month? (Unless it’s Thanksgiving.) 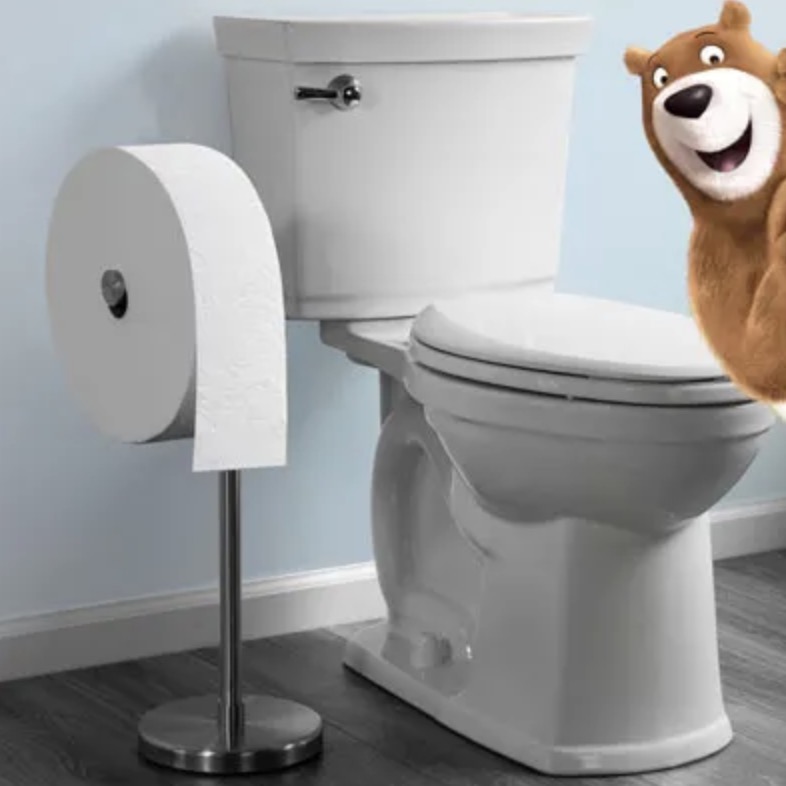 Now, you might look at these huge rolls of TP and ask yourself, how is that supposed to fit on my toilet paper holder, which is meant for a normal-sized roll? Charmin thought of that, too! Each three-pack includes a free replacement holder, either a freestanding metal stand (pictured above) or an adhesive wall-mounted unit. (Below.) So, no need to renovate your entire bathroom to accommodate them. 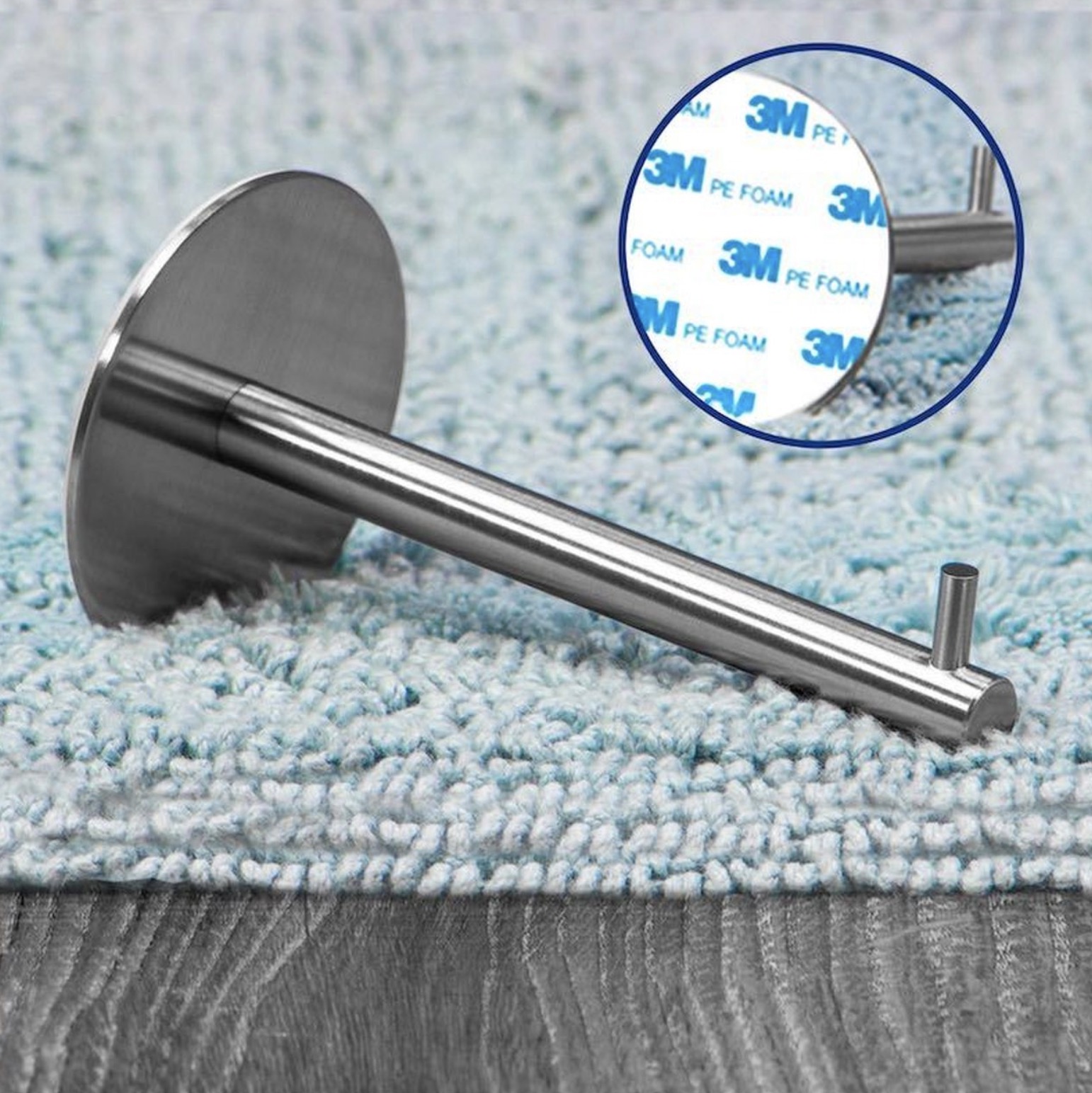 The Forever Rolls have only been on the market for a couple months, but people have already been singing their praises on social media.

Here’s a Forever Roll in action. Its size does make it look jarringly out of place, but I’d imagine you’d get used to it.

Our place is now complete with the #foreverroll by @charmin ?? @buurd_man and I can relax and be worry free 🙂 Oh, and its soft double ply! Not that horrid airport like roll. pic.twitter.com/DWDRNys8Sx

And here’s an unboxing, so you can see how bulky the three-pack is. Kind of deflated the “space saver” argument, tbh.

So, My Girlfriend saw this on Facebook and had to buy it. Came with 3 “forever rolls” of Charmin toilet paper. Each roll is suppose to last a month. Don’t ever say Facebook advertising does not work. lol pic.twitter.com/J12nRSEXnd

But the benefits of the Forever Roll should be obvious. My only real complaint is that the name “Forever” is a bit of a misnomer. One month is far from “forever.” Maybe some day we’ll be able to buy true forever roll that lasts the rest of your life, and possibly the lives of your children and grandchildren.

The only way I can see that happening is if they invent reusable toilet paper that’s also self-cleaning, I would happily pay $10,000 for such a convenience. Charmin, are you listening?