We’ve all had this problem: you want to spend your weekend re-enacting the entirety of the 1985 Harrison Ford movie Witness, but you can’t get enough friends and family to show up. Well now, thanks to Craigslist, you can kiss that problem goodbye with a set of 40 life-sized Amish wax figures! 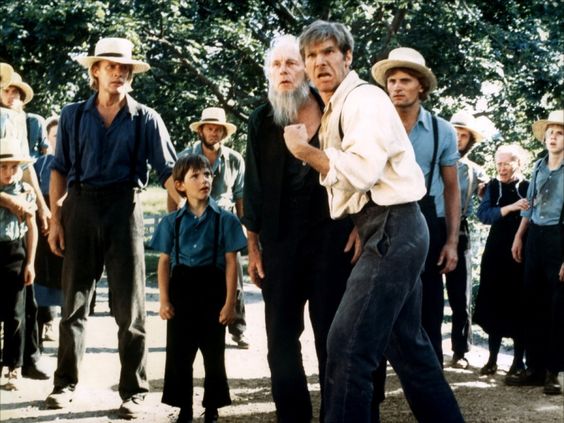 Pictured: A scene you and your new Amish mannequins will absolutely NAIL.

Dana DiCicco is the soon-to-be former owner of two scores of the wax Amish people. He recently posted them on the Philadelphia Craigslist page, where Philly.com noticed it and ran with it. The collection includes 32 men, five women, three children, and a dog. (Bonus dog for the win.)

The ad will eventually disappear from Craigslist, but we screengrabbed it for you: 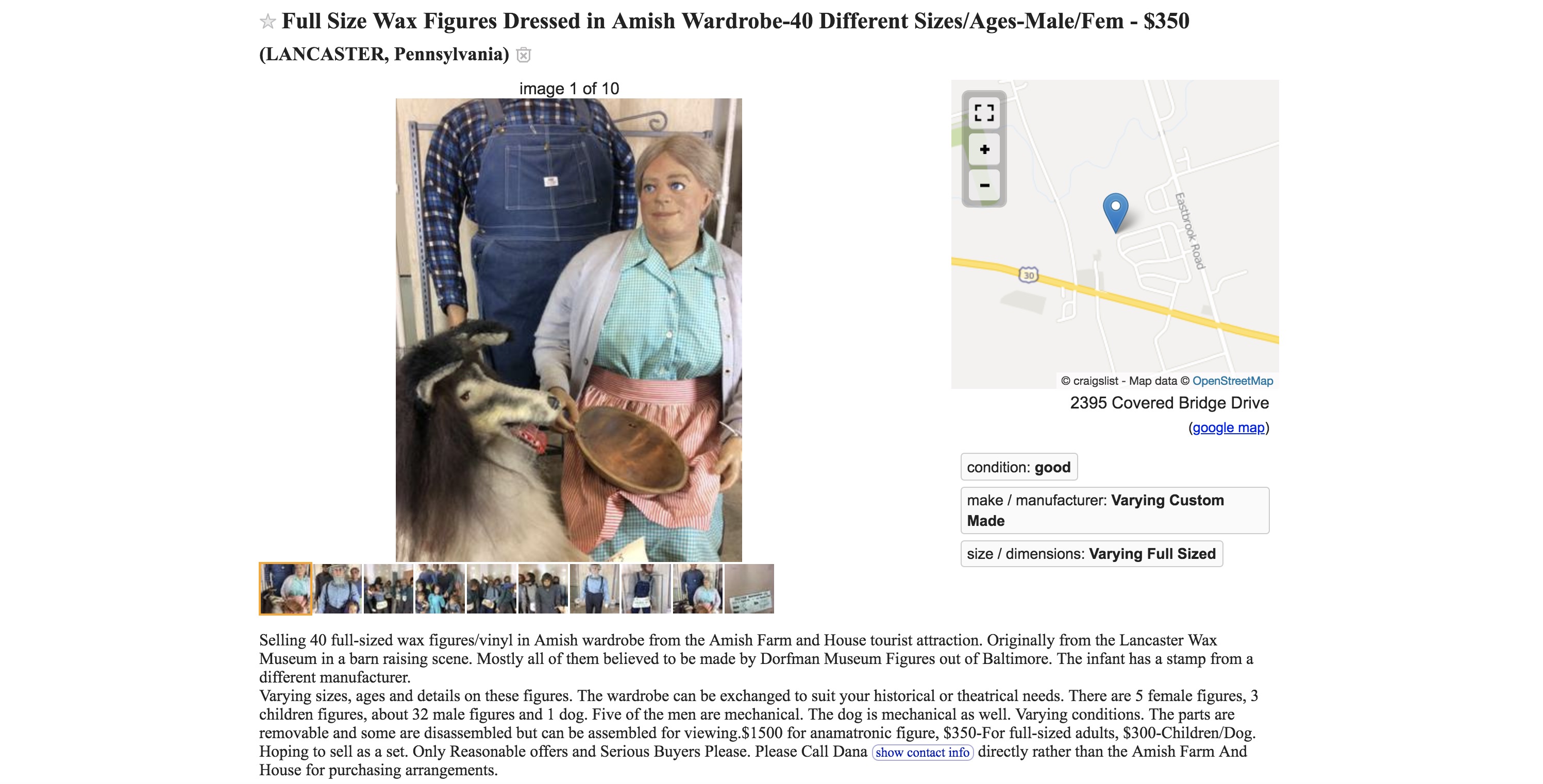 The wax figures have changed owners before. DiCicco is selling them on behalf of her uncle, who manages the Amish Farm and House tourist attraction in Lancaster, Pennsylvania. Her uncle purchased them in 2006, and before that they appeared at the National Wax Museum of Lancaster County Heritage, which has since closed. The figures are part of a barn-raising scene, but you can use them for all sorts of tableaus. With a change of clothing, these could easily be Civil War soldiers or Brooklyn hipsters. 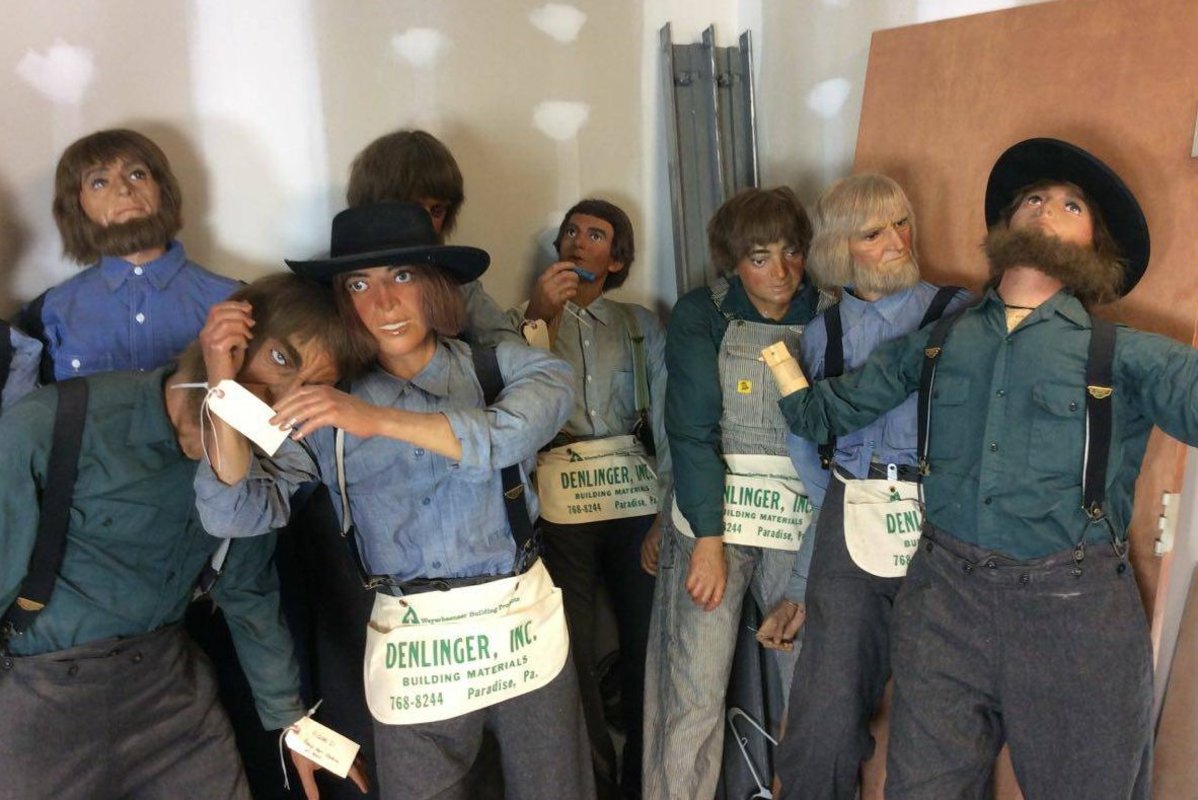 But if you’d rather start small, you can buy individual wax figures, too. The adults go for $350 a pop, with the kids/dog going for $300. Five of the adult male wax figures are mechanical, and one of them even talks, so they’ll set you back a cool $1500. 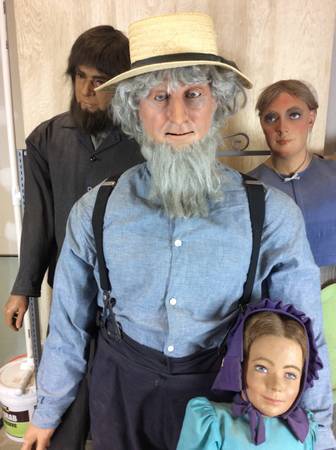 DiCicco is well aware of how creepy these Amish mannequins are. When she visited the storage unit where they were being kept, she stayed as briefly as possible. “They definitely looked creepy,” she said. “It looked like a scene from the Gettysburg battlefield.”

Still, she wants them to go to a home where they’ll be used for their intended purpose: education. That’s how her uncle would have wanted it. 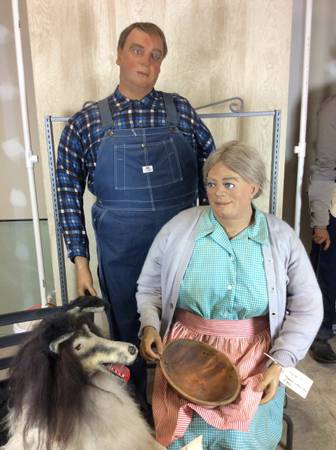 Here’s hoping a museum owner comes through and gives these wax figures a new home. And if they come to life in the middle of the night and start eating people, which they absolutely will, well, that’s a small price to pay for knowledge.