Ever since it debuted in June of 1979, McDonalds’ Happy Meal has been both one of the most successful fast food meals of all time, as well as a beloved treat for kids around the world. It wasn’t the first children’s meal offered at a fast food restaurant, and it wasn’t even the first kids’ meal to include a toy, but it’s definitely the most iconic. Most of us have fond memories of begging our parents to take us to McDonalds multiple times so we could collect all the toys in a given month’s lineup. (And our parents definitely have the emotional scars.)

And that’s why McDonalds’ biggest rival, Burger King, has introduced a new line of meals inspired by the range of human emotions. They’re called “Real Meals,” and they have a message: “No one is happy all the time. And that’s OK.” 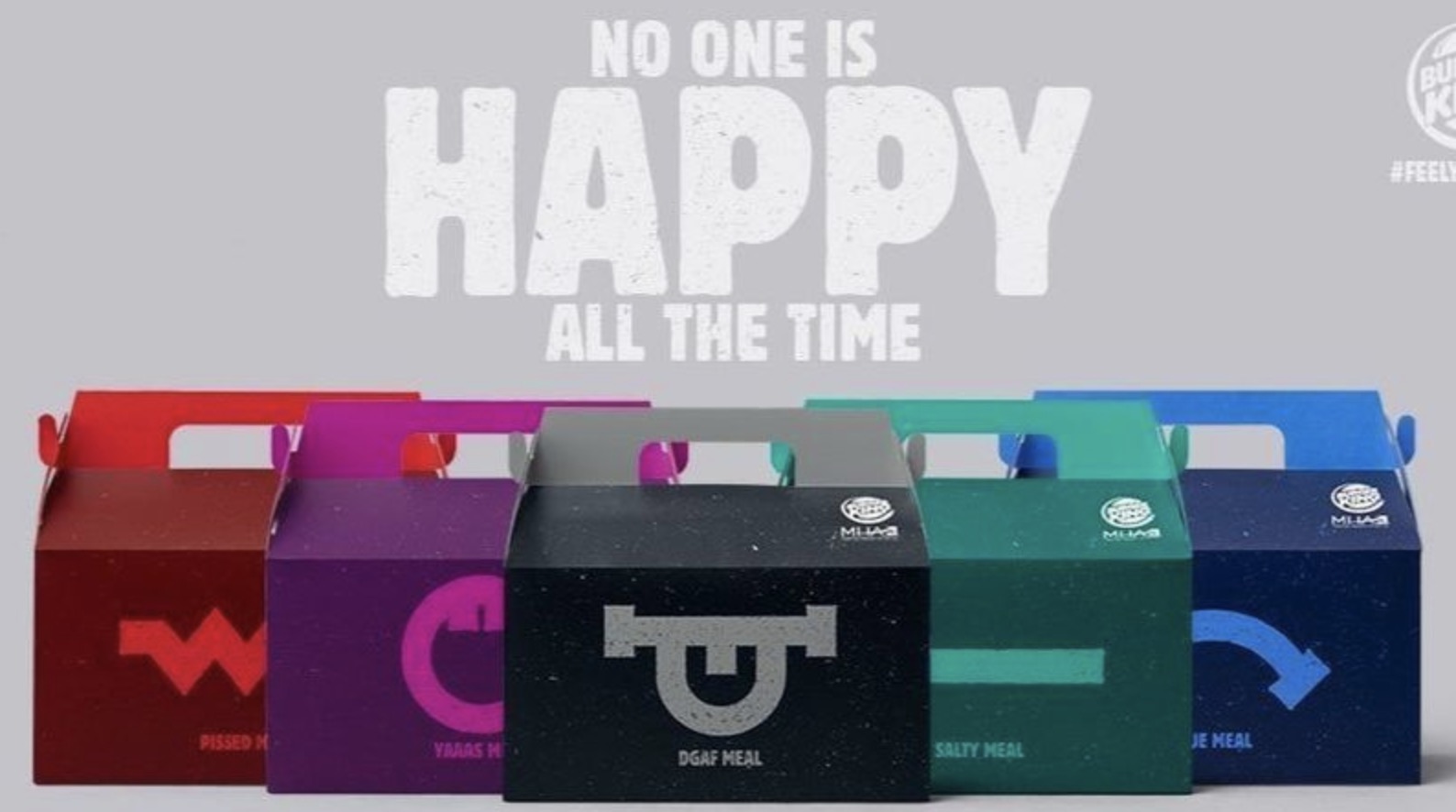 The “Real Meals” aren’t just a swipe at Burger King’s biggest competitor. (They are that, but they’re not only that.) May is Mental Health Awareness Month, and Burger King teamed up with Mental Health America to raise awareness about mental health. The campaign includes the hashtag #FeelYourWay, a play on Burger King’s “Have It Your Way.”

BK announced the new lineup with an ad that included something you don’t often see in a fast food commercial: a man battling depression. You hungry yet?!

Right now, Real Meals are only available in Seattle, Los Angeles, Austin, and Miami. All the Real Meals are the same–just a Whopper, fries, and a drink–but you can choose from one of five boxes to match your current mood.

There’s the DGAF meal, for when you just can’t summon the energy to care about anything.

There’s the “Pissed Meal,” for when you’re fed up and aren’t going to take it any more. (Also, fast food restaurants are allowed to swear now? When did that happen?!) 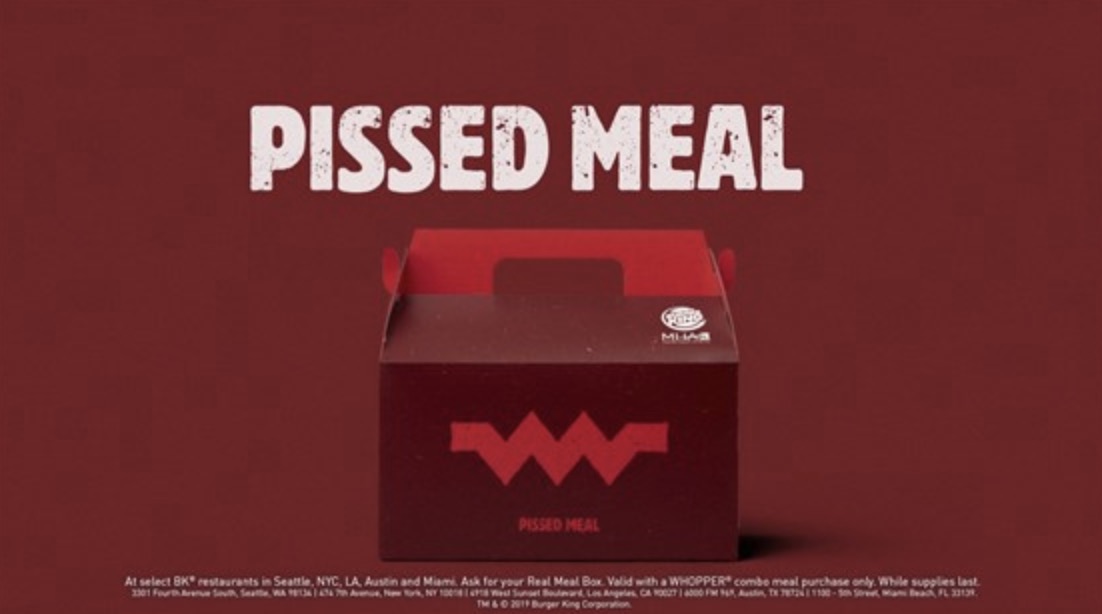 The “Salty Meal,” for when you’re in no mood for anyone’s nonsense. 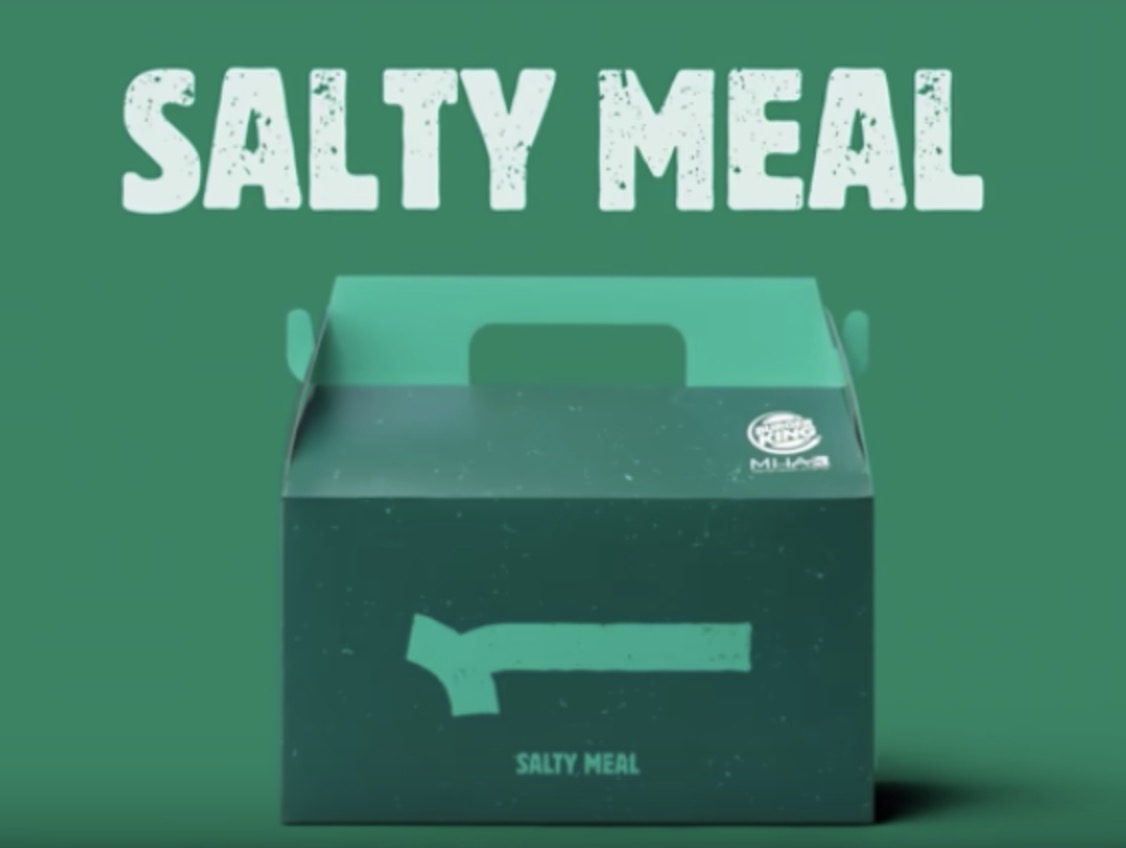 There’s the “Blue Meal,” for when you’re down in the dumps. 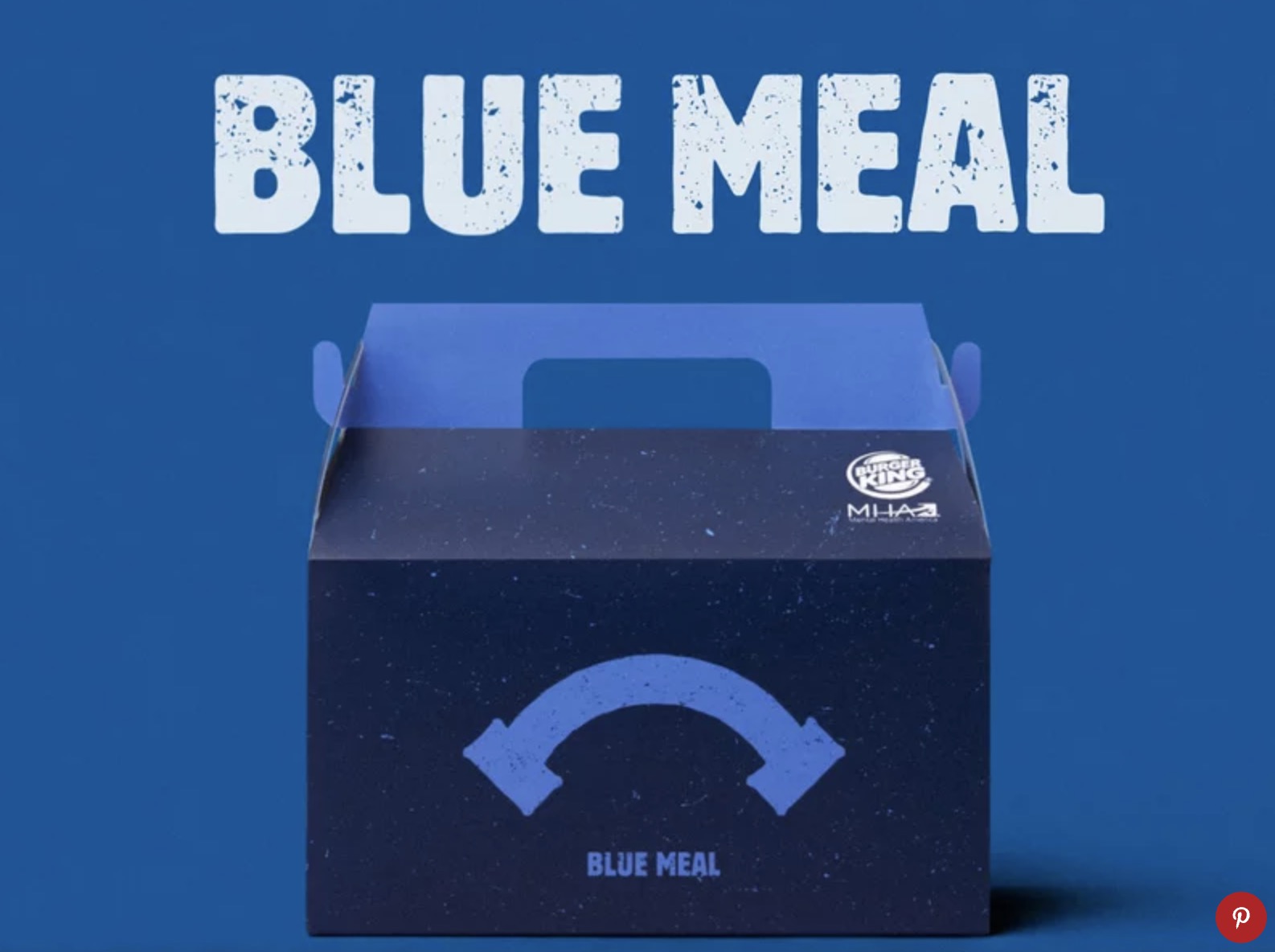 And finally, the YAAAS Meal, for those rare moments when you’re actually joyful. 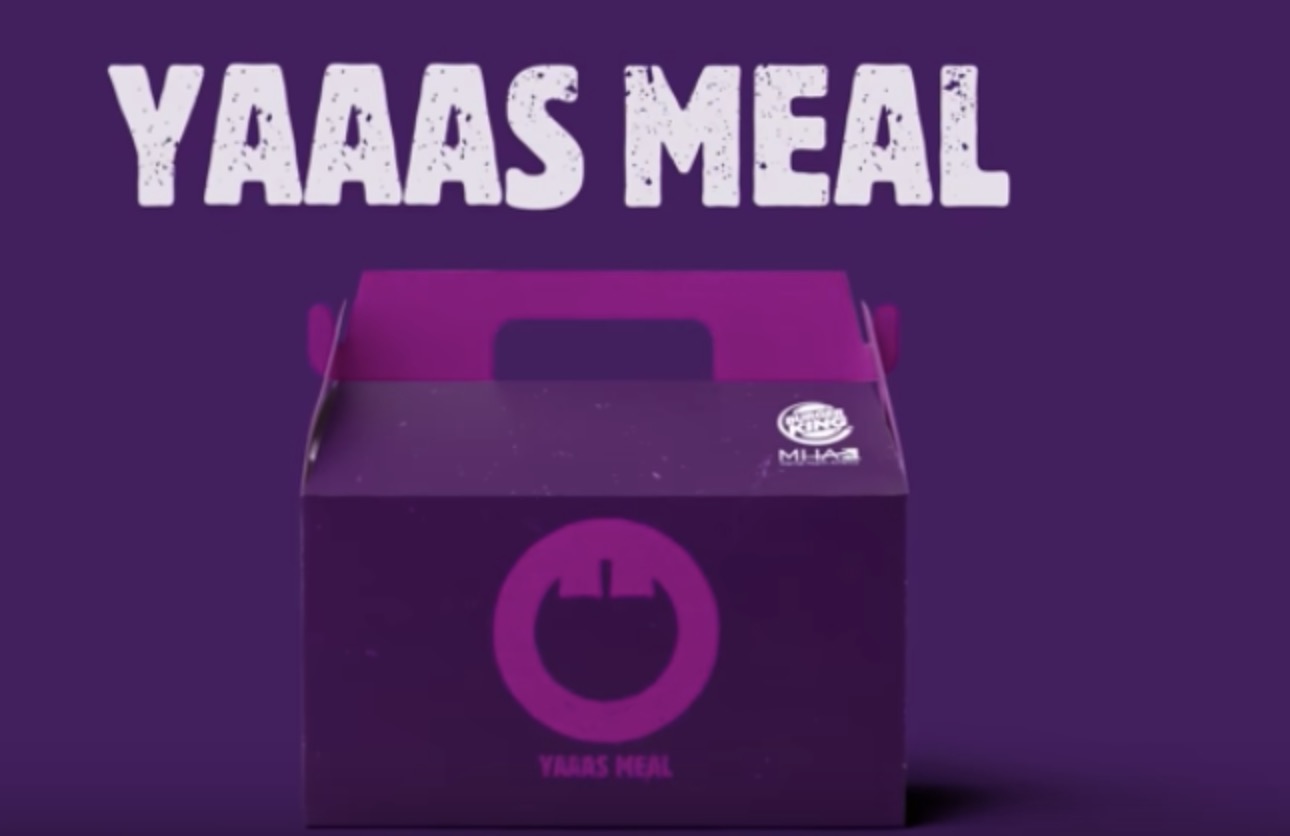 Social media reactions have been a mixed bag. Some folks were definitely glad to see Burger King take on a serious topic like mental health.

Love this idea THE BEST

You’re literally trying to profit off of depression. This is one of the sleaziest commercials I’ve ever seen.

Do you provide health plans for all of your employees that allow them to see mental health professionals and afford psychiatric medications?

didn’t you learn anything from @sunnydelight ?!

don’t try to capitalize on people’s pain and suffering.

If I could make one criticism, it would be that these Real Meals don’t even come close to covering the wide range of human emotions. There are only five emotions total, and “Pissed” and “Salty” are basically the same thing.

So in that spirit, here are some other Real Meal suggestions to round out the lineup:

-The Envy Meal, which comes with half as many fries as your friend’s.

-The Terrified Meal. Order this one and a Burger King employee will mug you while you eat it.

-The Existential Crisis Meal. Just a box with nothing in it. Because life is empty, man.

-The Schadenfreude Meal, for when you want to enjoy other people’s pain. When you order this one, Burger King will make sure the next person’s meal is too hot and will scald their mouth.

-The Disgusted Meal. This one’s just a box full of mayonnaise.