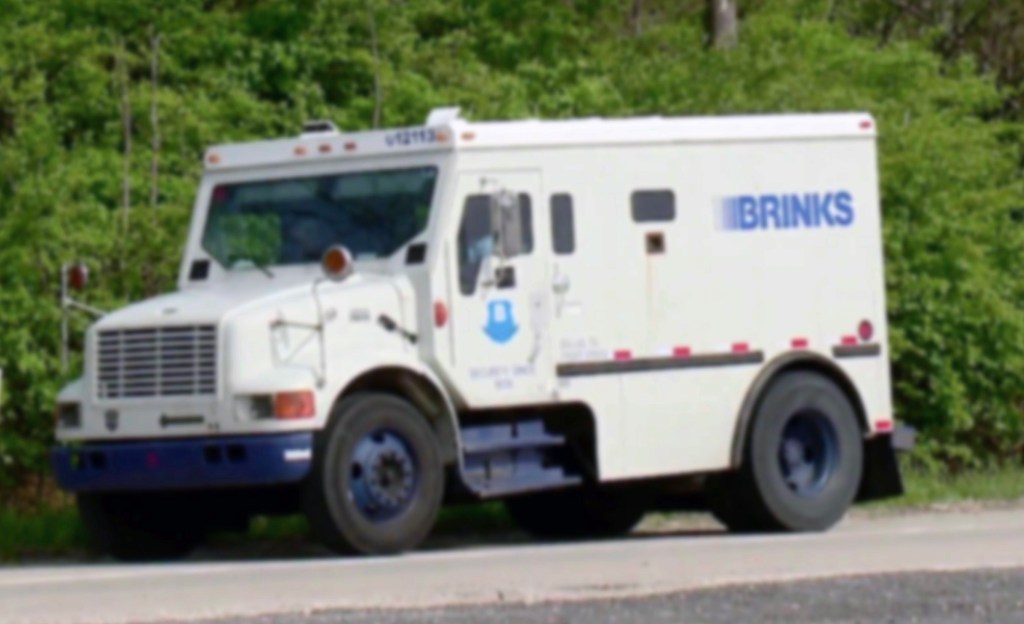 We’ve all seen an armored truck tooling around town with hundreds of thousands of dollars inside. And I’m willing to bet most of us have imagined what we’d do if that truck were to spill its contents. Piles of money, free for the taking! All your money problems instantly solved!

Well, it turns out all of us are wrong, because when a Brinks truck spewed money all over an Indiana interstate, it only created more hassles for everyone involved.

The truck in question was traveling along Interstate 70, on the southwest side of Indianapolis, when police say the truck’s back door swung open, making it rain cash all over the highway. “Bags of money were falling out of the back onto the interstate,” ISP Corporal Brock McCooe said.  “Sort of something out of a movie scene, where you have bills, loose bills flying all over the interstate.”

Police don’t know exactly why the door opened, but it was likely by accident. They estimate that about $600,000 left the truck. 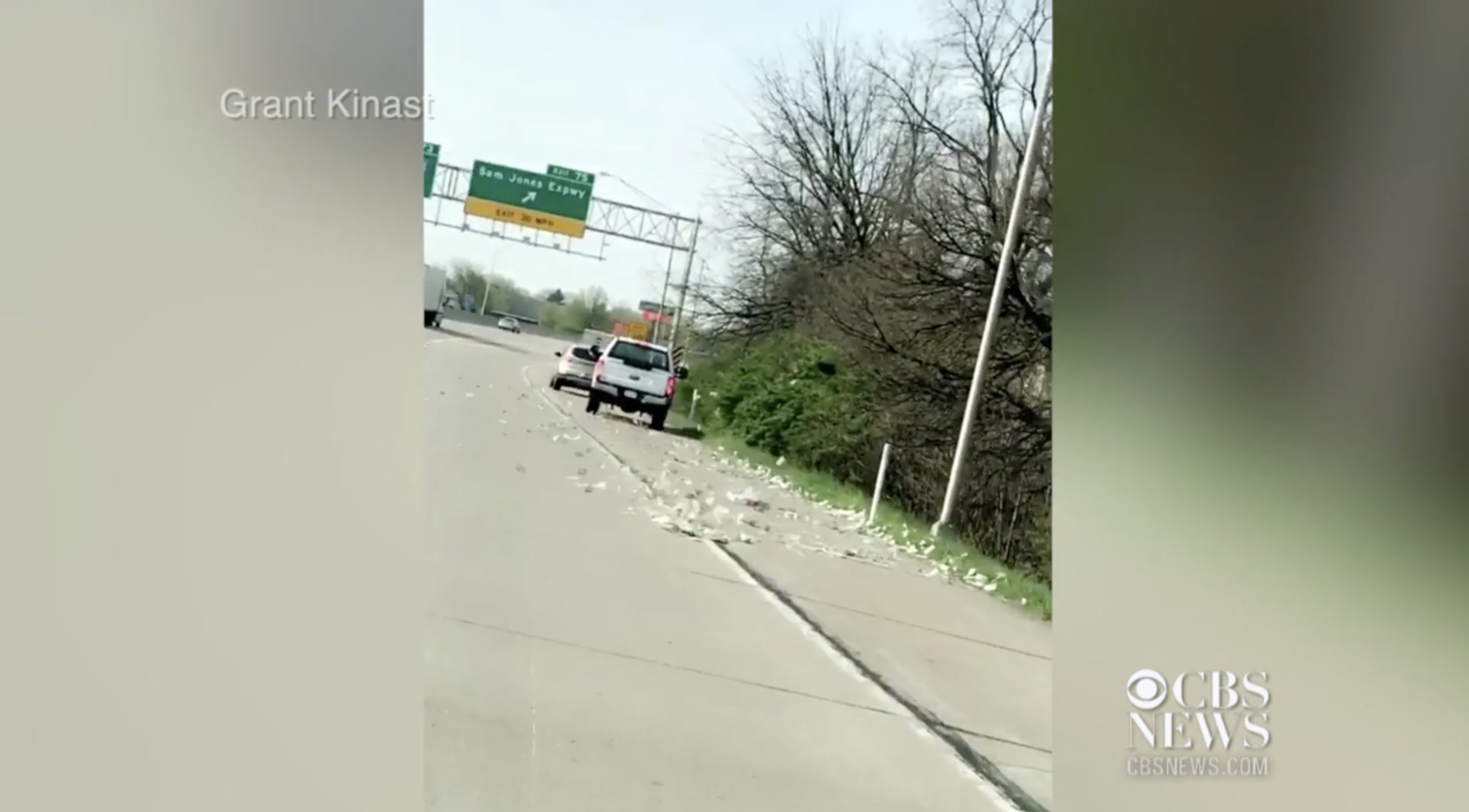 Human nature being what it is, motorists stopped their cars and began frantically gathering cash. Nearby residents jumped a fence to grab loot. Traffic came to a halt and the police had to close off the area. 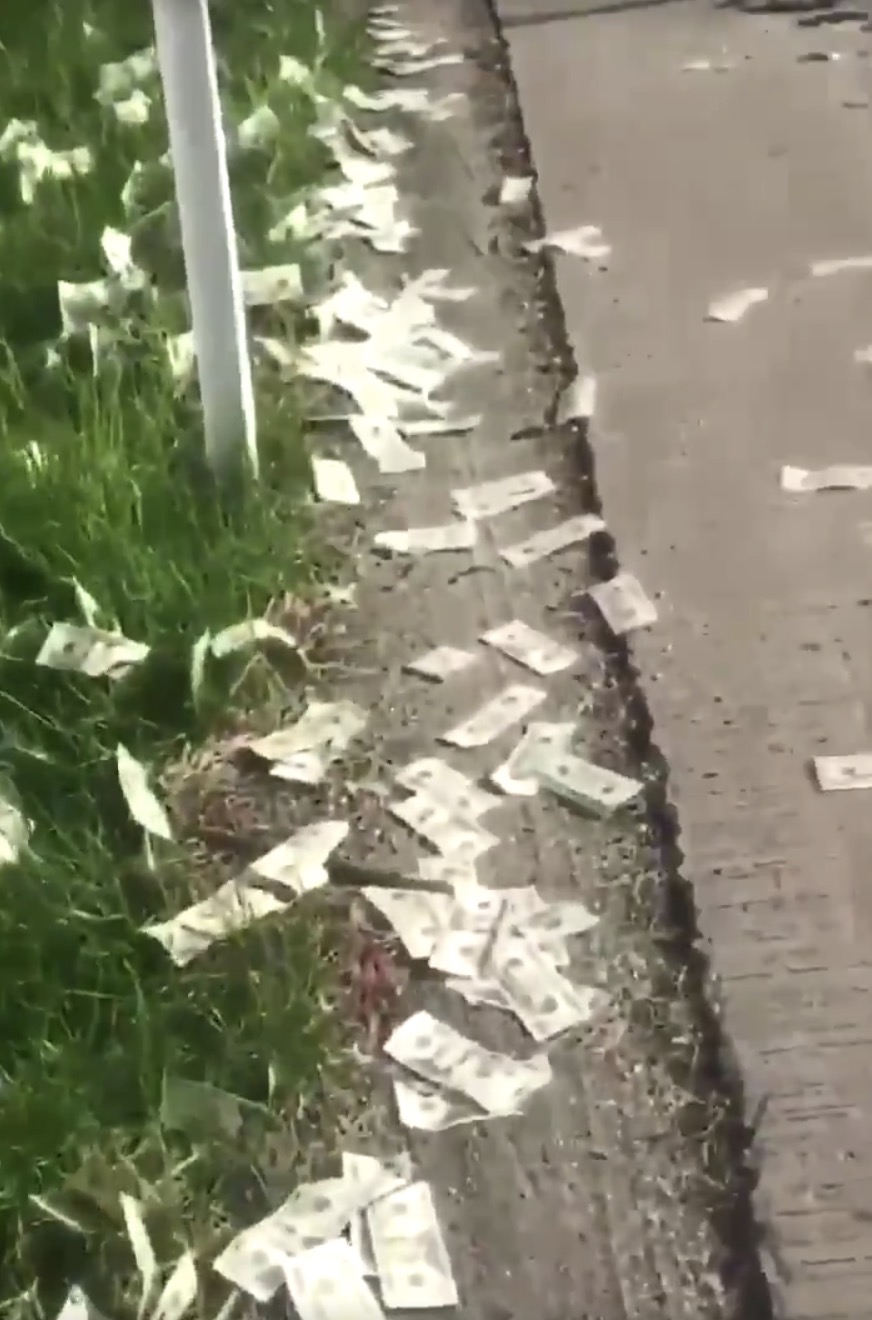 Morning commuters who stopped to grab money were probably thrilled, but state highway patrol wants everyone to know that this money is not free for the taking. Taking money from an armored truck amounts to theft, even if that truck spilled the money first. Police stopped several people from walking off with cash, but a few looters got away, including four guys in a white pickup who made off with an entire bag of cash, as well as a school bus driver.

Police couldn’t confirm whether there were kids on the bus. Hopefully not, because that would be the easiest blackmail ever. (“You want us to stay in our seats while the bus is moving? Why don’t you return all that money you took first, then we’ll talk.”)

Anyone who took bills from the scene is encouraged to return them to police, no questions asked. 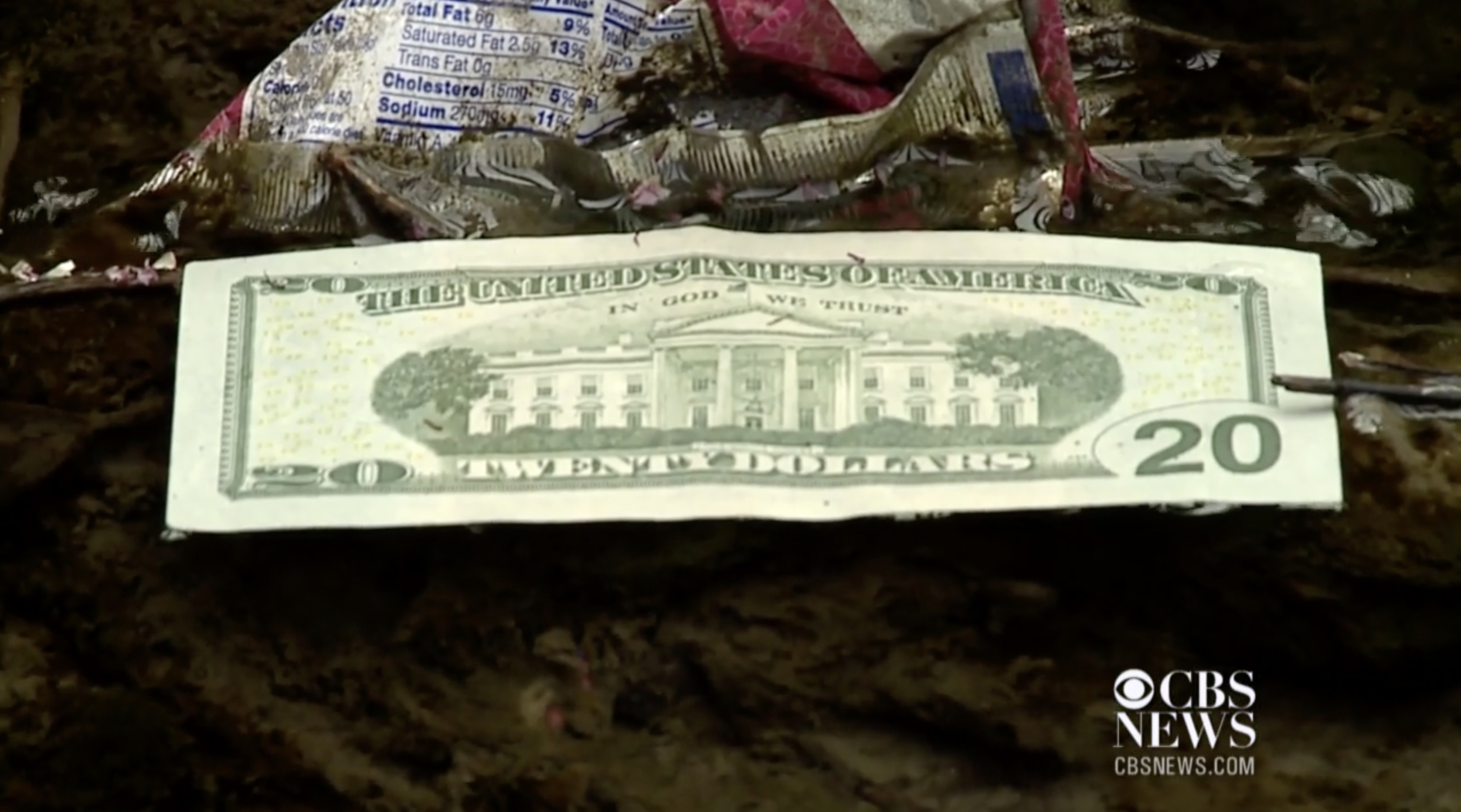 On social media, people were conflicted. Some felt taking the money was wrong.

But others felt that if the universe gifts you with piles of cash, you’d be a fool not to take it.

So if you happen upon an armored truck that just barfed up a bunch of cash onto the sidewalk, just turn around and walk away. Or, if you do take some, make sure nobody’s watching.