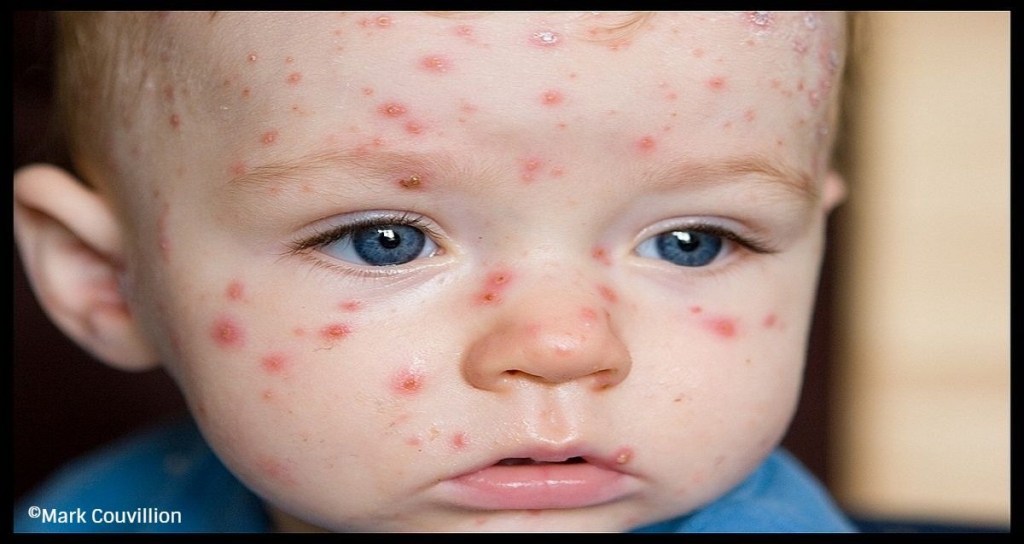 In a bit of tragic news, an 11-month-old baby body suffered a stroke as a result of complications from chicken pox, which doctors believe the child was exposed to through contact with unvaccinated siblings. A report in the Journal of Pediatrics examined the case and emphasized how dangerous not having a vaccination can be.

The baby’s mom first noticed that his right arm and leg seemed weak after he woke up from a nap. After a trip to urgent care, doctors observed that the baby was having a tough time moving his limbs and face.

Eventually, they discovered that the child, who hadn’t been vaccinated, was infected by his unvaccinated siblings – who’d all had chicken pox a few months earlier. There’s usually a time lapse between having chicken pox and potential strokes. 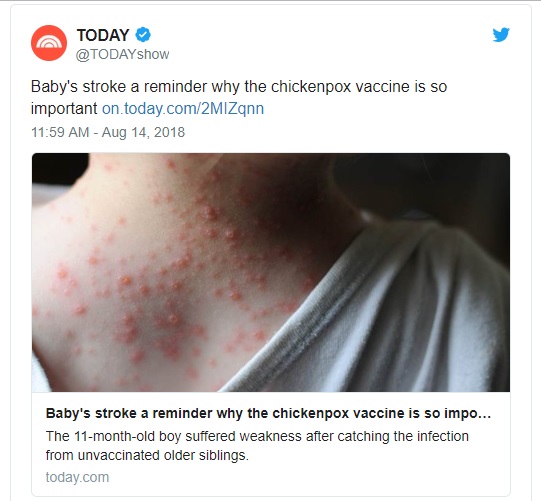 This is a critical reminder of how important it is to vaccinate kids – not just for their own protection, but also for the safety of others around them. Although the baby in this case was still too young to be vaccinated, his siblings were definitely old enough to have gotten their shots, thereby preventing this whole scare.

As the TODAY show points out, there has been an increase in cases of chicken pox lately due to parents opting out of vaccinations. The issue, according to Dr. Tina Tan, a professor of pediatrics at Northwestern University, is that people are seriously underestimating the dangers of chickenpox.

“Everyone thinks it’s a minor illness. There are a number of serious complications,” she says. “Basically, the chickenpox virus infects the large blood vessels in the brain and causes inflammation in them. The blood vessels can scar and that can decrease blood supply to the brain, which can lead to stroke.”

Unfortunately, these strokes can have long-term consequences. Dr. Tan estimates that the baby will likely have some kind of permanent neurological damage as a result of the incident, and may even be at risk of suffering another stroke.

The fact of the matter is that vaccines have been proven time and time again to be the safe, smart choice. The whole reason we don’t think of chickenpox as being that serious of a disease anymore is basically entirely because of vaccines eradicating them.

Here’s what the CDC has to say:

Thanks to vaccines, most young parents have never seen the devastating effects diseases like polio, measles, or whooping cough (pertussis) can have on a child, family, or community […] Although your child may experience some discomfort or tenderness at the injection site, this is minor compared to the serious complications that can result from the diseases these vaccines prevent.”

The American Academy of Pediatrics similarly emphasized the safety of vaccines, as well as the wealth of medical evidence disproving concerns about links to developmental disorders. “Claims that vaccines are linked to autism, or are unsafe when administered according to the recommended schedule, have been disproven by a robust body of medical literature.”