A house isn’t just a building, it’s also where you spend a major chunk of your life. This is why real-estate agents don’t just sell you on the house itself, but on the lifestyle you’ll live once you’ve moved in. If a realtor is trying to sell a house to a growing family, they’ll emphasize features like the space, the number of bedrooms, the proximity to local schools, and lots of other family-friendly features.

When the folks at LJ Hooker, a real-estate agency in Bankstown, New South Wales, Australia had to sell a market recently,  they knew they wanted a buyer who’s younger, childless, and upwardly mobile. So they did the only thing that makes sense: they filmed a racy promo video that’s straight out of 50 Shades of Gray.

You can watch the full video below, and then you can read our recap…

Here’s 42 Chamberlain Road, aka the sexiest house in Padstow. 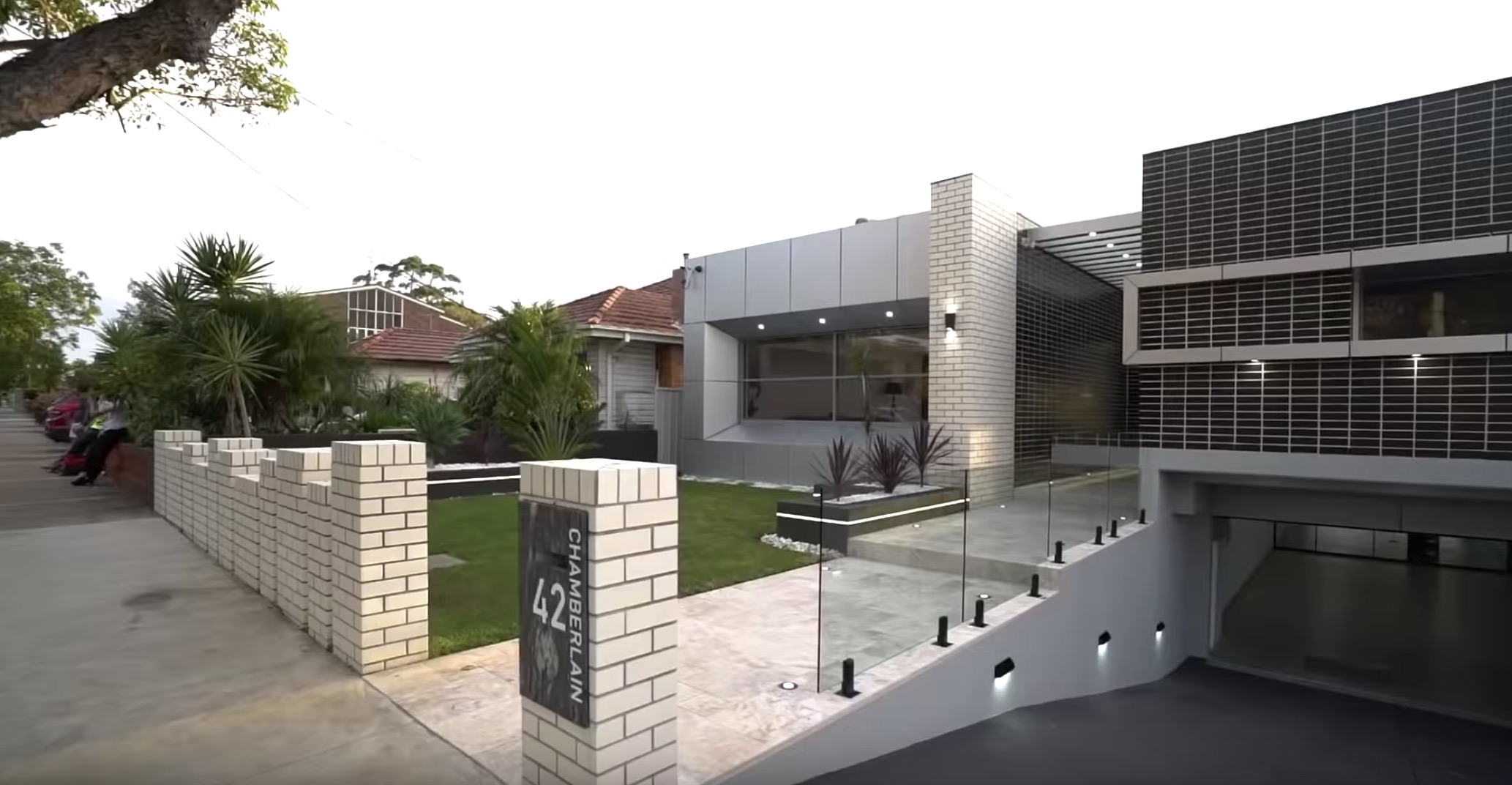 The video begins with a handsome, cool gentleman pulling into the driveway in his Jaguar and sauntering into the house. Does he live here? Is he here for a booty call? We don’t know and the answer never becomes clear. 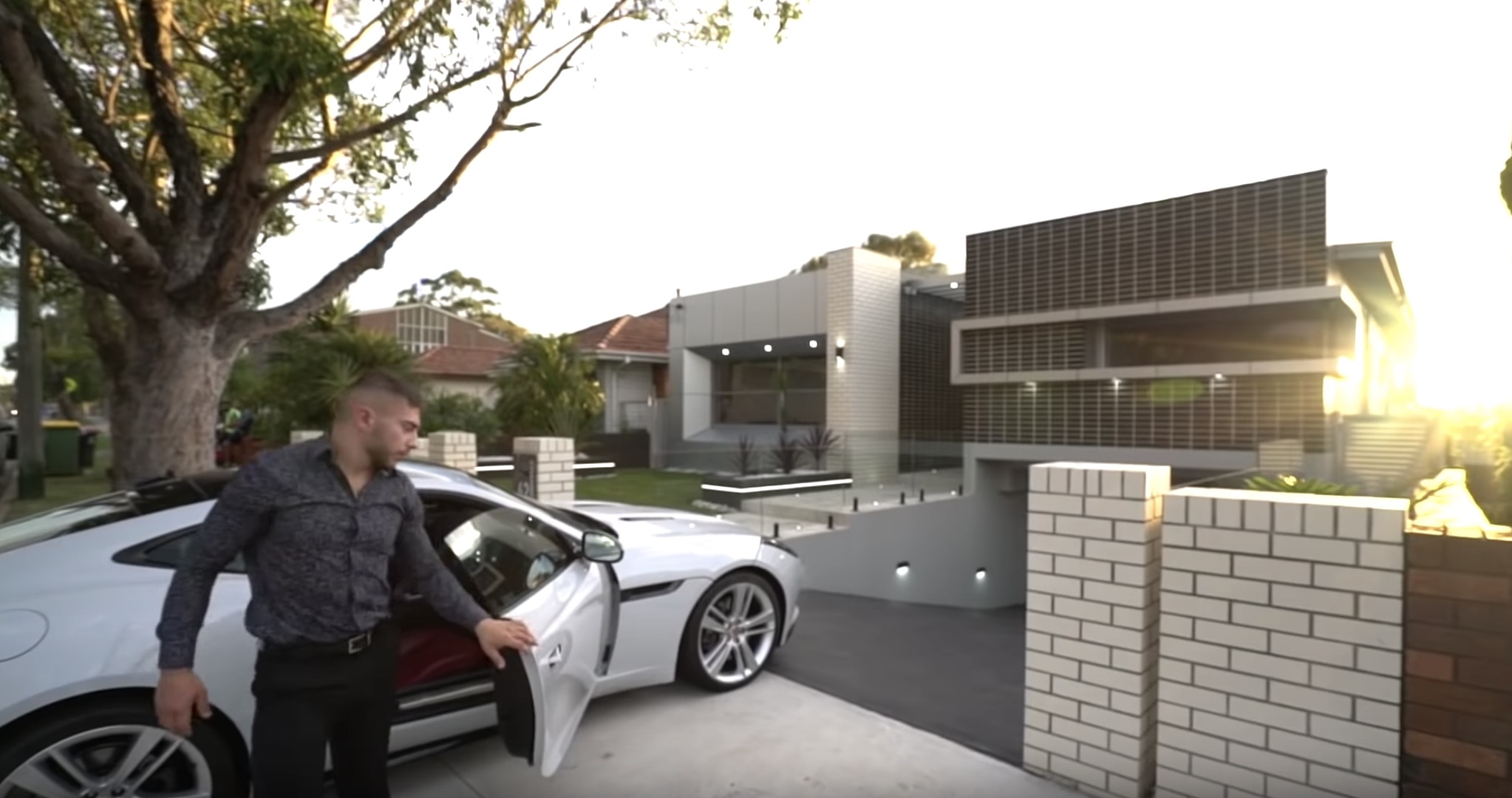 Inside, we meet a woman, his counterpart. They’re definitely into each other but beyond that, their relationship is murky. Are they married? Is it more casual? Is he just an escort? Any of these are possible!

Whatever their relationship, it seems like neither of them owns the house. Based on this wedding photo sitting on the living room floor, the home belongs to two totally different people. Maybe we’re reading too much into the details of a real-estate commercial. Or maybe these two get off on hooking up while trespassing. 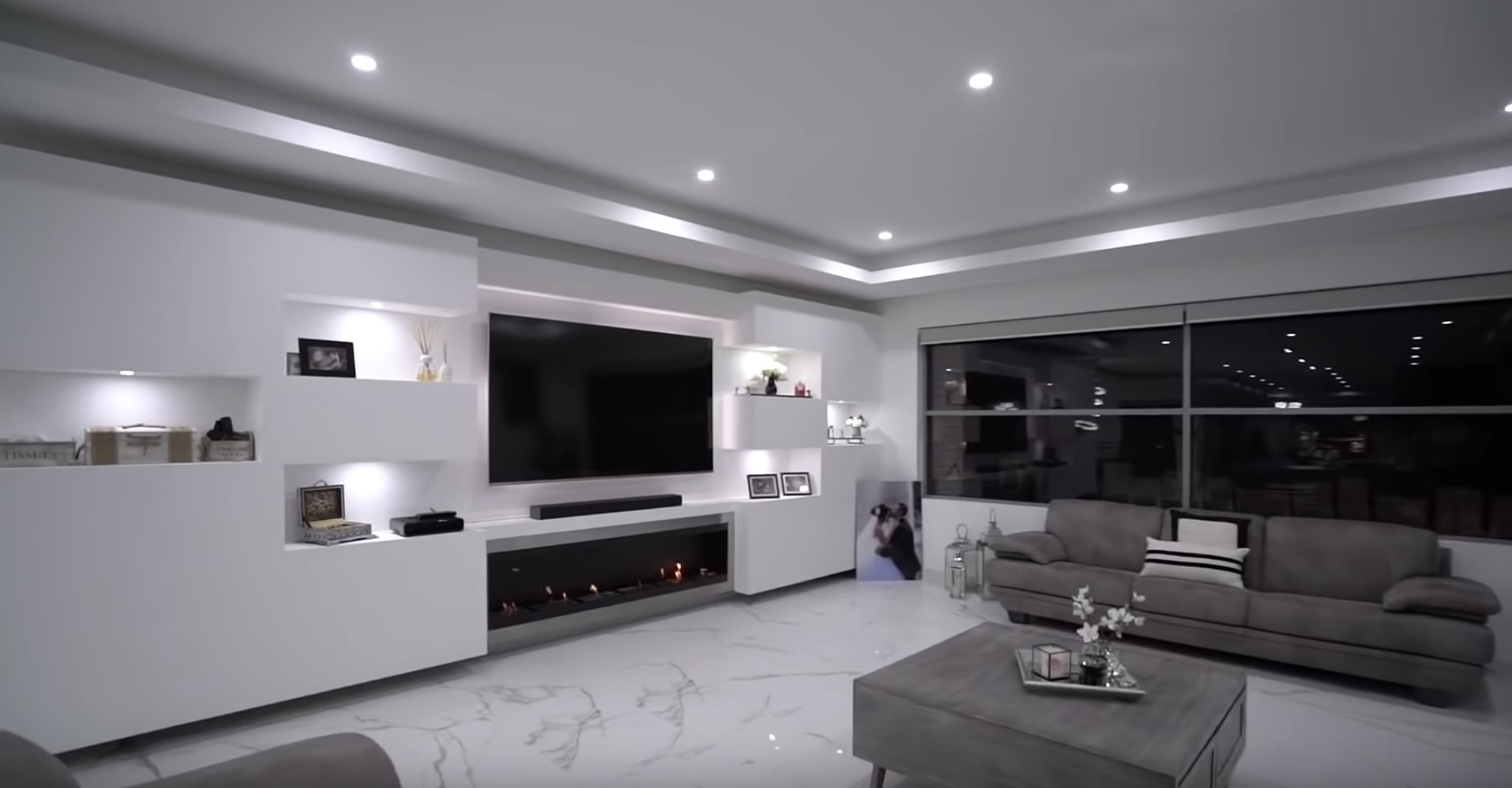 Anyway, when she opens the door, they what any couple who’s glad to see each other does: dance! Look how happy they are together! And look how much joy this house brings them! All of this could be yours, the video implies.

Since this video is intended to sell a house, next it shows off the interior. Here’s one of the four bedrooms:

Here’s one of the two bathrooms. It has a full-length window looking out onto the dining room. That’s for all you folks who find privacy overrated.

And finally the pool.

Then we’re back to the couple. The gentleman follows the lady through the kitchen. Unlike some square who just walks on the floor, our hero jumps up and walks on the counter. Are you seduced yet?

They continue dancing sensually in the kitchen, busting several moves that are in no way suggestive of anything. If you buy this house, breakfast isn’t the only thing you’ll be eating! 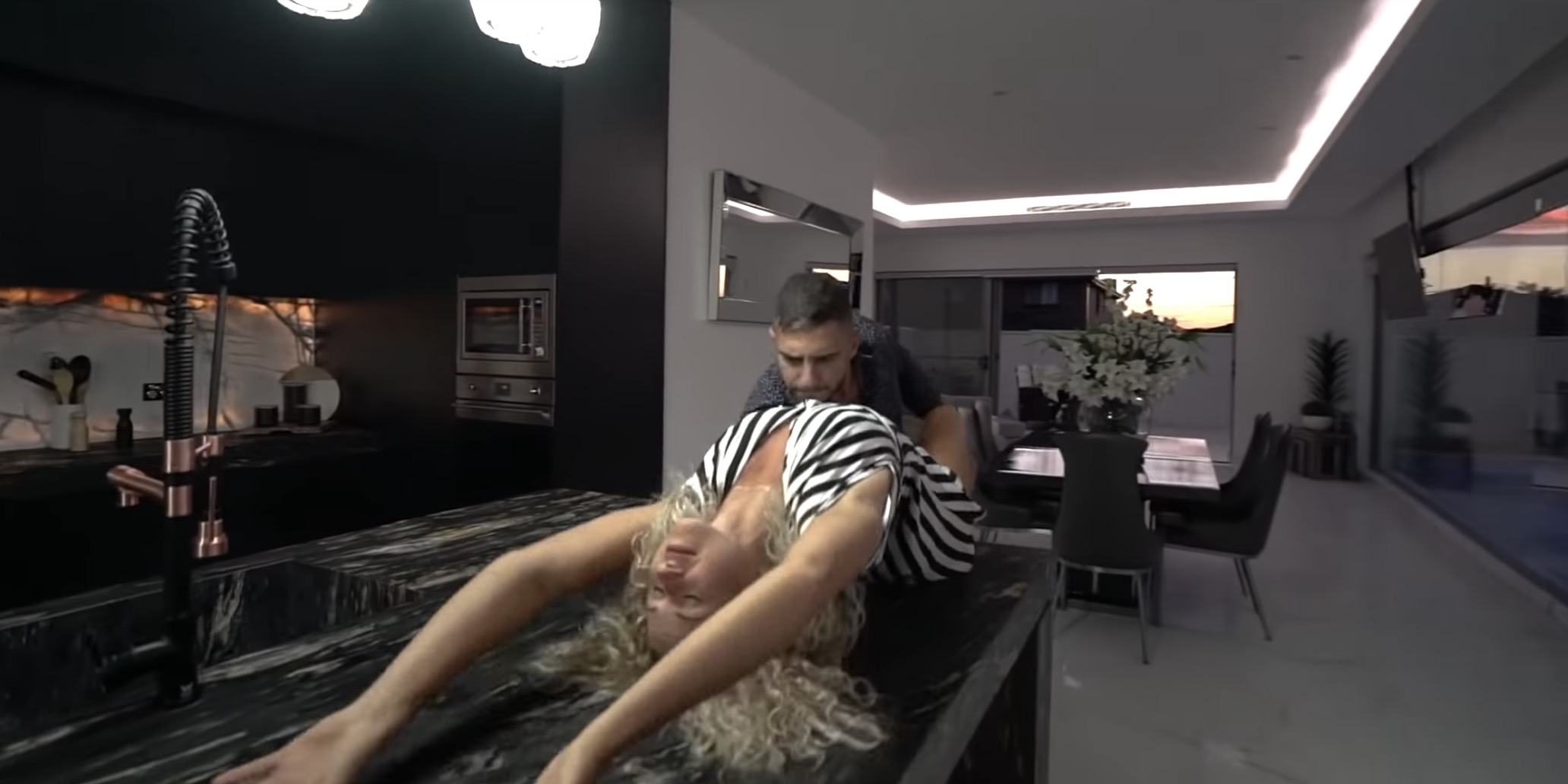 Looks like things are getting steamy. Time to cool off with a dip in the pool! Way to ruin the mood, dude.

We also learn that he has a tribal tattoo covering most of his torso because of course he does.

And after a quick shower, our Jaguar-driving friend joins his paramour in the bedroom for what will undoubtedly be many hours of passionate sweating. Hope they agreed on a safe word.

And that’s the video. No, it’s not the raunchiest thing you and I have ever seen, but it was still way too hot for a typically buttoned-up real-estate industry.

After the Internet was shocked by the inexplicably sexy real-estate ad, LJ Hooker took down the video and apologized. “LJ Hooker Bankstown is always looking for new ways to market our listings; however, this time we missed the mark,” it said a spokesperson. “We live and we learn.”

“Also, why are you surprised? Our name is LJ Hooker, after all,” the spokeseperson should have added.

But Sam Nadler, the agent the agent selling the house, and the man behind the video, defended his work, claiming it was only meant to be funny and to market the house. “Video gets attraction to the property, and the whole point of real estate is to get as many eyes as possible on the property,” he told The Guardian. “It was supposed to be funny. Whether it’s funny, it’s rude or its sexy, every video I do is different.”

We can’t wait to hear about Nadler’s next project, when he’ll no doubt be selling condos meant for swingers.

13 Hilarious Dog Memes for All of Us Who Can’t Get Enough of Them
These Photos Perfectly Capture What It’s like to Be a Third Wheel
20 Wholesome Memes That Will Put You in a Good Headspace
21 Travelers Share Their Biggest Case of Culture Shock
These Hilarious Tweets All Have More Than 100,000 Likes
15 People Who Randomly Met Their Doppelgangers