Are You A Star Wars Fan With Too Much Money? Then Check Out This Designer Furniture

Even the most diehard Star Wars fans among us, (hello!), would have to admit that our beloved space opera is as much about selling merch as it is storytelling and sci-fi escapism. Heck, most of us are probably responsible for that! Fans bought $243 million worth of Star Wars merchandise in just 2015! Since A New Hope was released in 1977, we’ve collectively spent $32 billion on Star Wars junk. That makes it the most lucrative movie of all time, in terms of merchandise. (The Cars series is a distant second place with $10 billion.)

And it’s not just plastic lightsabers and lunchboxes, either. You can get Star Wars version of almost anything, from Wookie Crocs to an R2D2 aquarium. Sure, these products don’t seem to have anything to do with the movies, or even make sense but we still buy them.

Because the world is not enough for us. #happyvalentinesday #heartsday #vday #valentinesday #starwars #kennethcobonpue #imperialwings #darthvader #vader

In 2018, the award-winning industrial designer Kenneth Cobonpue teamed up with Lucasfilm LTD to create the furniture. At first, it seemed like an odd fit: Cobonpue is known for using natural woven materials like wicker and rattan, which isn’t often seen in Star Wars‘s futuristic settings.

“I was incredibly excited by the project, but also a bit daunted by the prospect of pushback if the furniture wasn’t a literal translation,” Cobonpue told Fast Company magazine. ” I wasn’t sure how to marry my design philosophy and language with that of the Star Wars franchise, but I decided to view it simply as a design challenge…I knew I needed to incorporate the various shapes and motifs from the world of Star Wars sufficiently enough to make them recognizable, but to also stop short of being too literal. Finding that balance proved to be the project’s biggest challenge for me.”

But in the end, it turned out great! Even better, Cobonpue drew most of his inspiration from the evil Empire rather than the more sympathetic Rebel Alliance. Here’s what’s included in the collection. 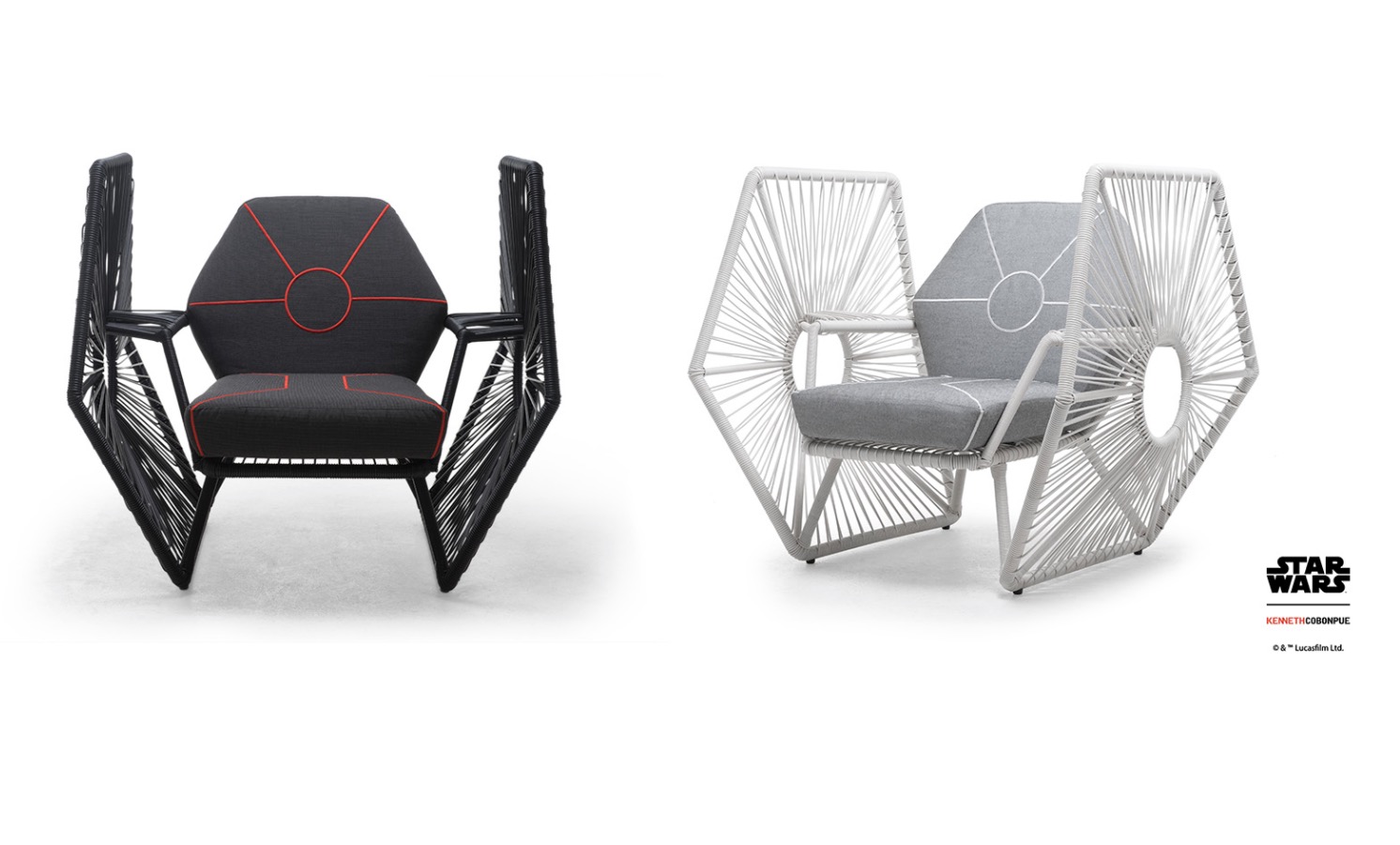 Available in black, like Kylo Ren’s starfighter, or the more familiar gray. 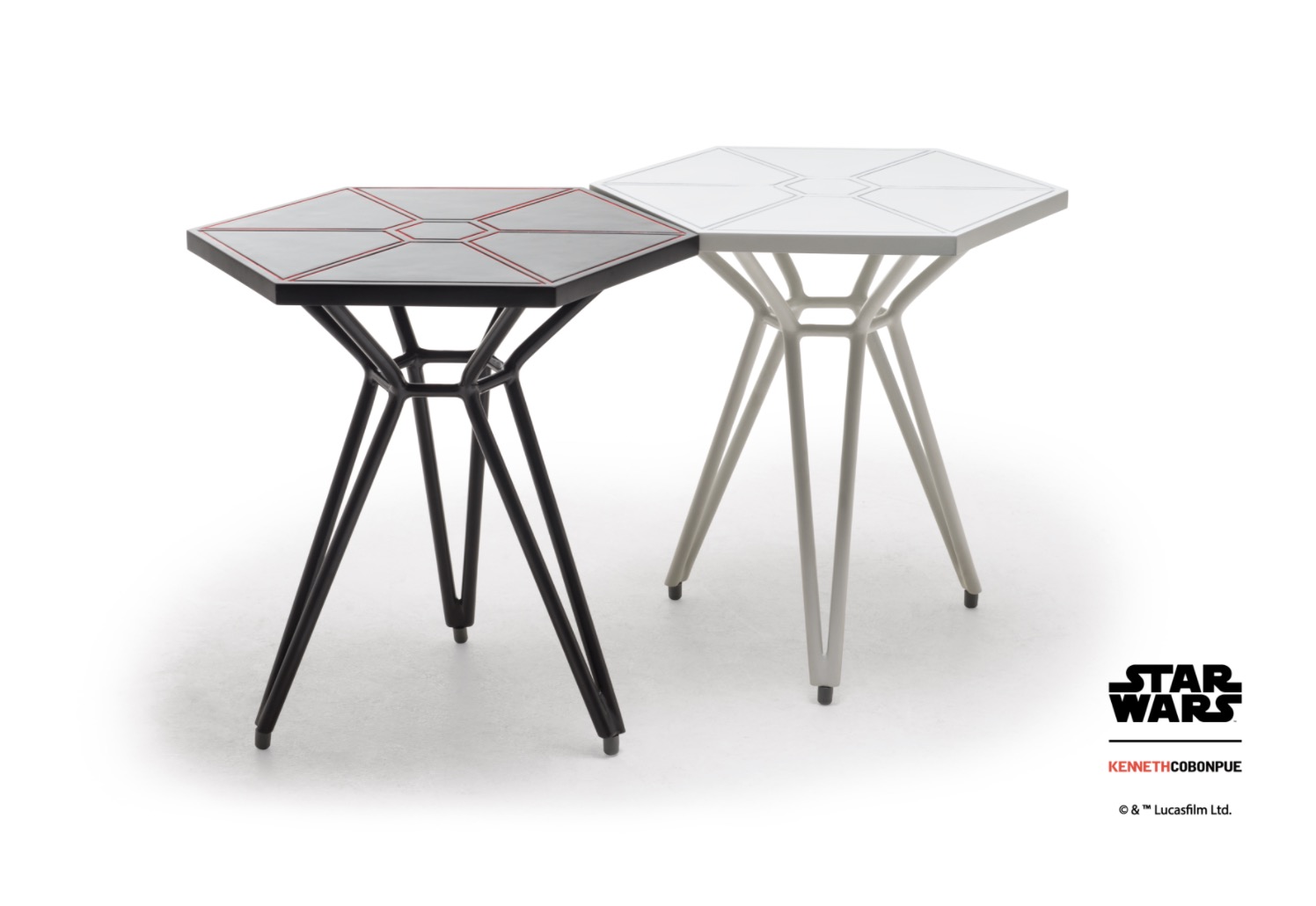 More Tie Fighters? Was this designed by Cobonpue, or Baron Fel? (.00002% of you will get that joke.) 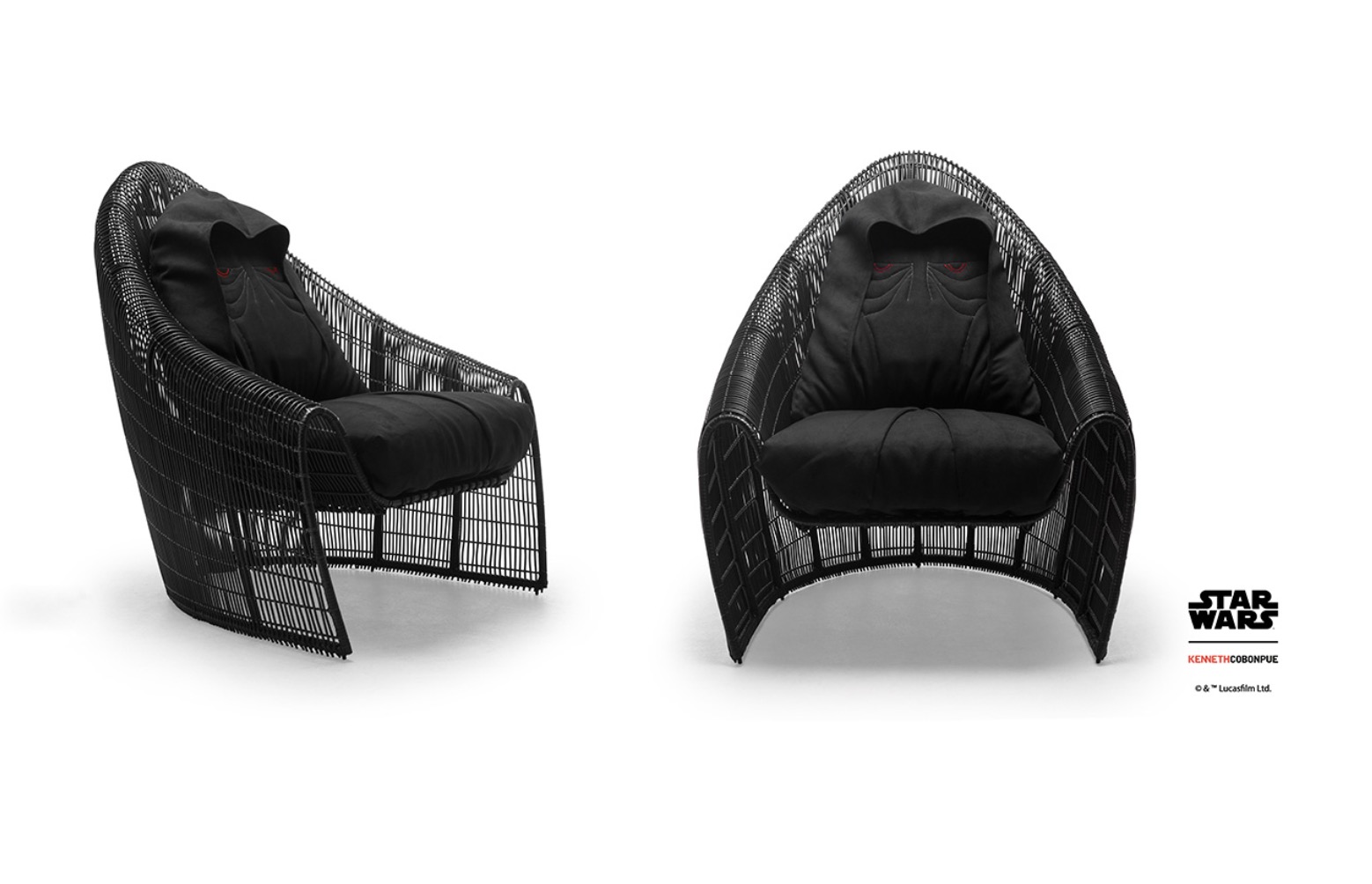 That’s the Sith name for Emperor Palpatine, in case you’ve forgotten the prequels. 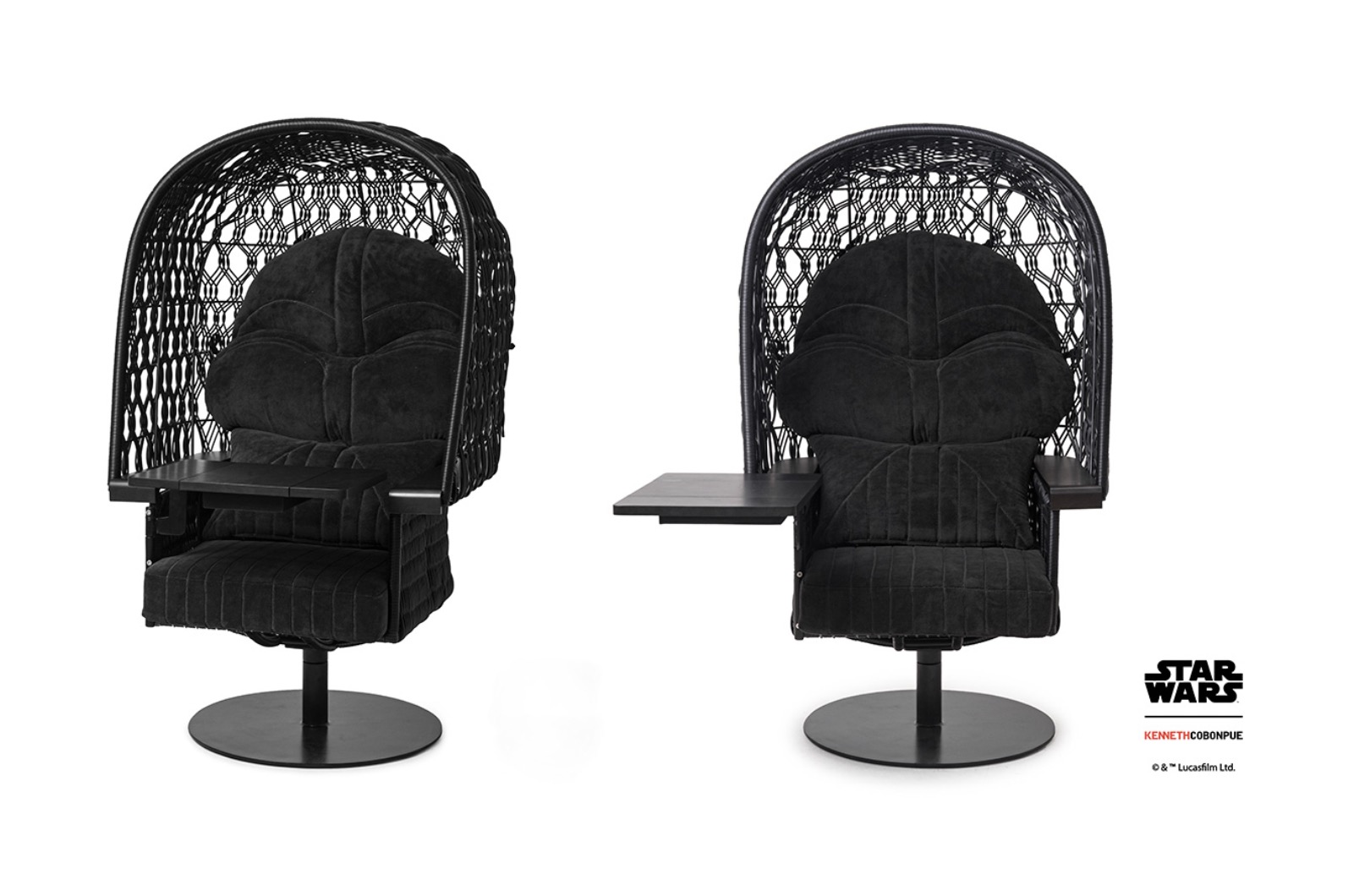 It’s nice to have a place to kick back after a long day hunting down the Jedi. 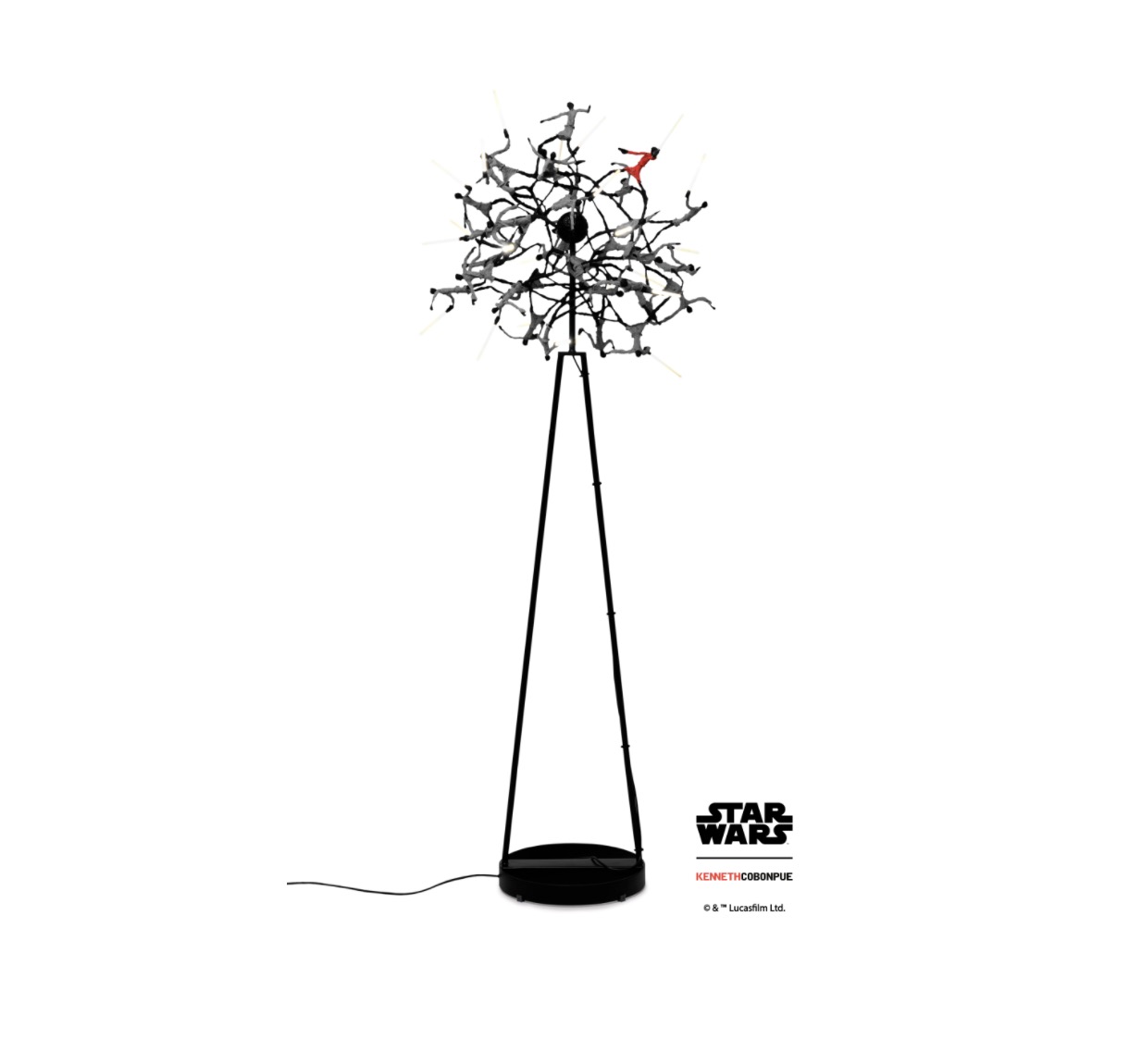 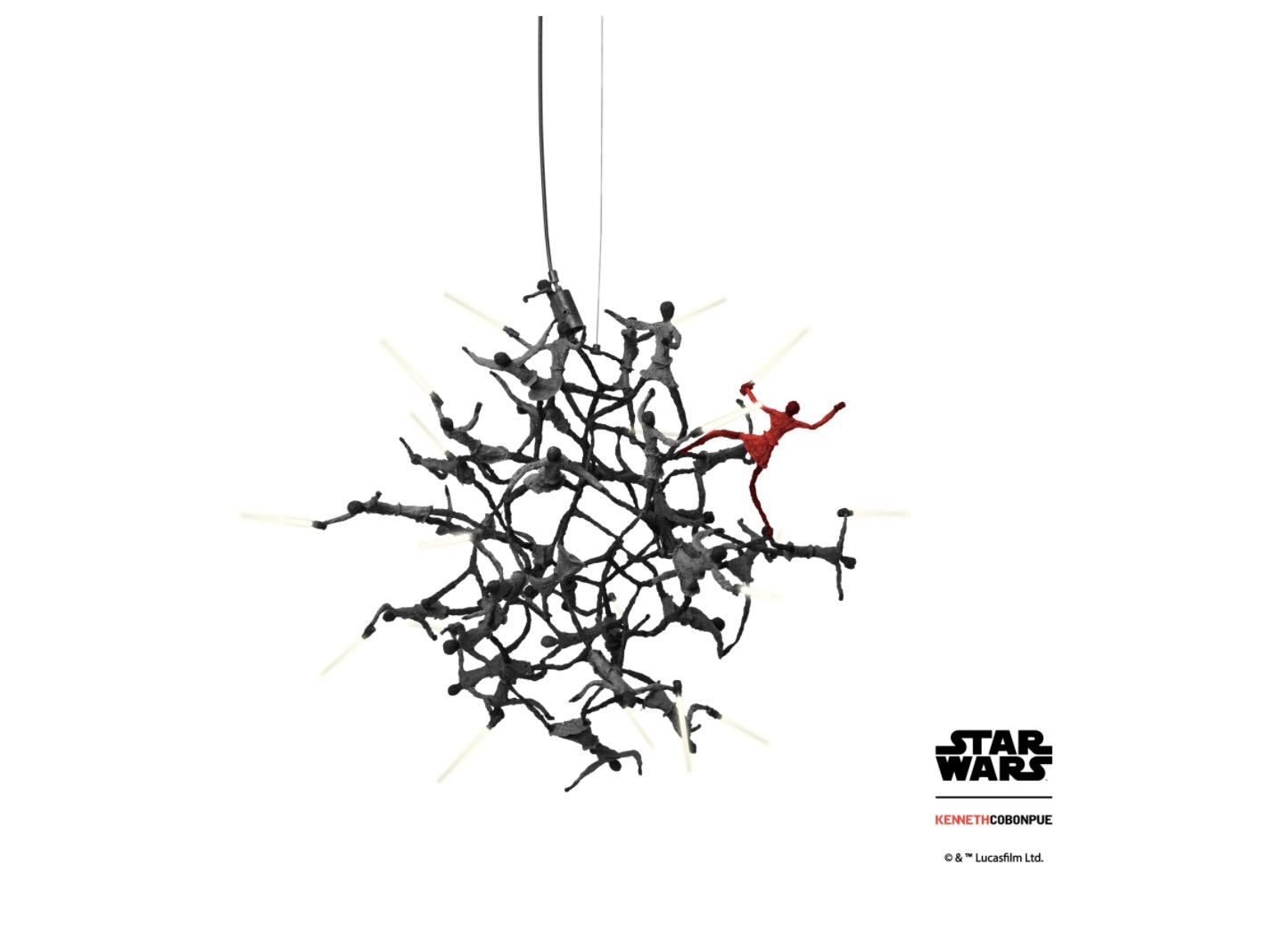 Can I be a kid again so I can have this in my bedroom?

7. And, a Chewbacca pelt rocking stool. 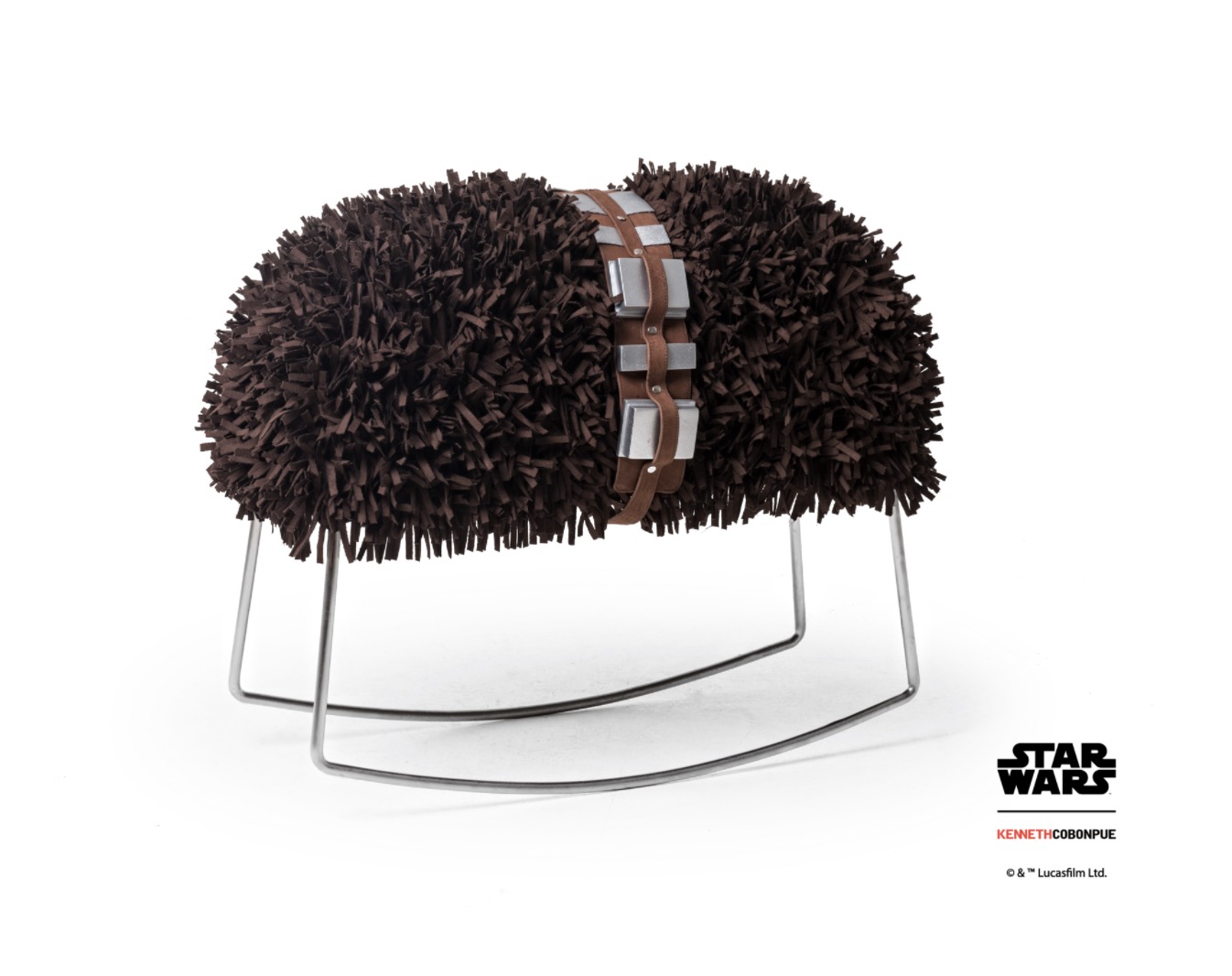 The furniture was originally only available in Cobonpue’s native Philippines, but it’s now on sale at exclusive retailers and showrooms in 11 states.

The only real downside is that the pieces cost between $1,345 and $2,800, which means the only person who could afford them is George Lucas himself.