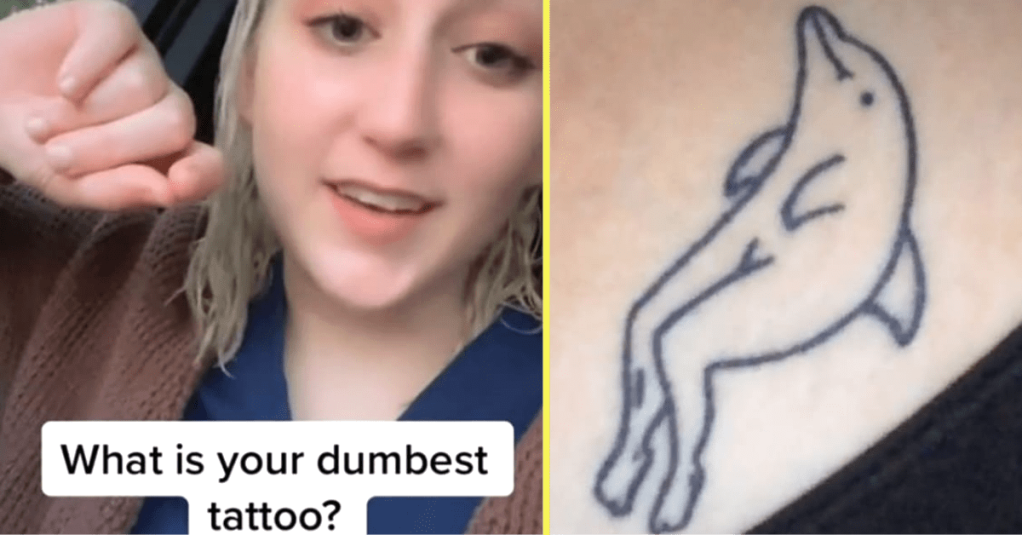 Are You a Fan Of Dumb Tattoos? Then You’re Gonna Want to Check These Out!

At least that’s what I’m thinking a lot of the folks you’re about to meet say to themselves at night when they look in the mirror and look at the truly DUMB tattoos they have permanently had etched onto their bodies.

But, hey, some people really like dumb tattoos! So more power to them!

But…you gotta think that there’s still a part of them that thinks…why did I do this to myself?

Are you ready to see some dumb tattoos?

Love a good home job, also the lip one was by a PROFESSIONAL and it came off the 2nd day I got it and had to go get it REDONE and it still shit

2. Wow…a monster of some kind?

Is that what I’m looking at here?

#duet with @hannanicbic I got u

Okay, okay, I see what you’re going for there.

#duet with @hannanicbic Doodlebob, piranha plant from mario and my ghost friend?… I wouldn’t trade them for the world! #BoseAllOut #wisconsin

At least the art isn’t terrible.

7. I believe that is Butthead.

From the hit television series.

So seize the day, brah!

It’s classy, elegant, and I believe that you did the right thing.

Little toss up between the two, you decide ??‍♂️#foryou #foryoupage #tattoo #doritosflatlife

If you have a dumb tattoo that you totally regret, please share a pic with us in the comments.

Let’s see what you got!