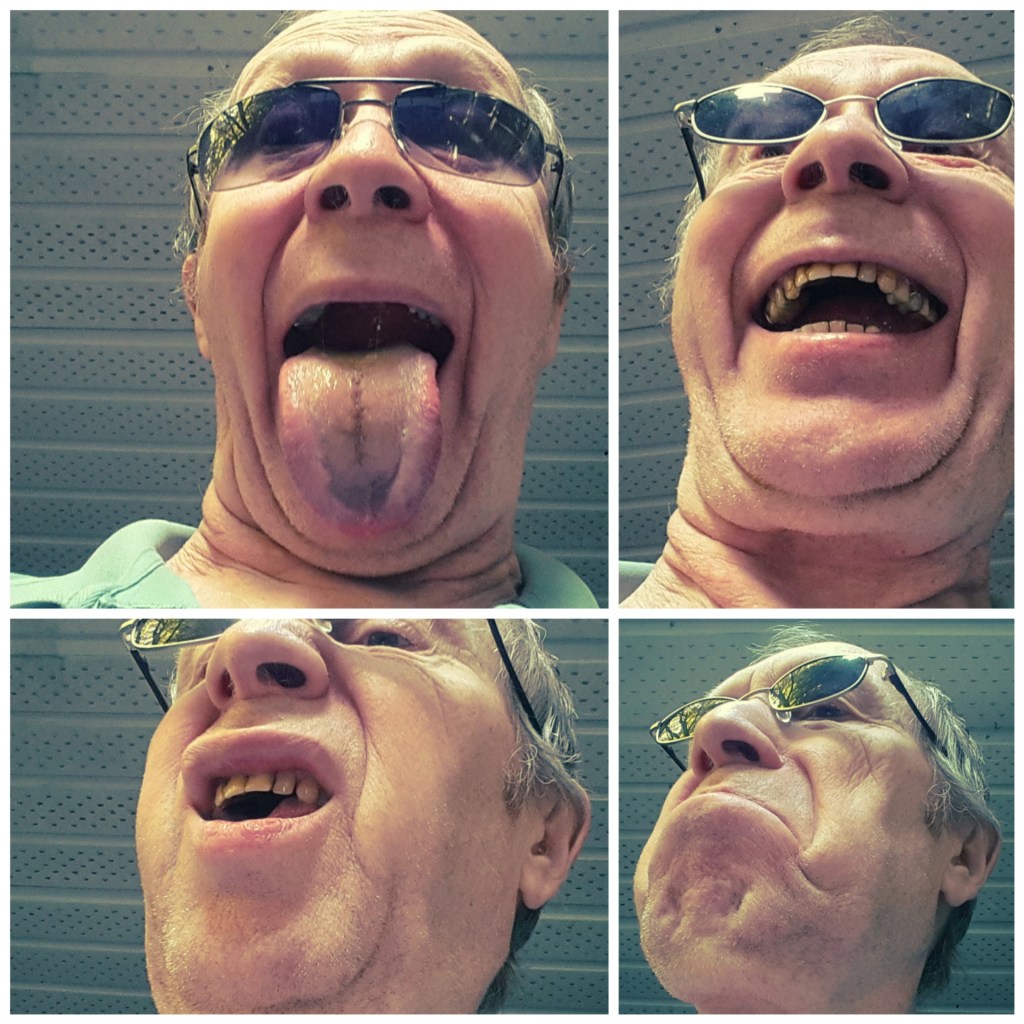 9+ People Reveal the Most Annoying Person They’ve Ever Met

Whew, this is a tough one. Deciding the absolute, most hands-down annoying person you’ve ever met in your life? The possibilities are endless.

But these AskReddit users have no doubt in their mind who their #1 is. Read on to be annoyed.

“I know a guy who lies about LITERALLY everything for no reason. It absolutely bugs the hell out of me.

Some of the lies are so mundane I don’t understand what the point is, then some are very horrific to attempt picking up women. Involving fake deaths of family members and such.”

“My coworker. He finds a way to talk about his achievements no matter the conversation.

Anyone in the office: hey! How’s it going?

Him: great, not as great as when I found out I got in the top 5% of the class, then got on a journal and moot court, BTW have I told you about my future career plans?”

“I had to share a small office with this guy. For one thing, he always talked at a volume that might be appropriate if you were standing next to a jet engine, and frequently scream sneezed, which made it awkward when I was on phone calls. He was also incredibly nosy and took Dwight Schrute levels of joy in enforcing pointless, minor rules.

He once wrote me up for a safety violation for having my car keys on my desk, because someone could have stolen my car, crashed it and hurt someone. He once tried to go over my division manager’s head when she bought be a new chair because he thought it was not from an approved vendor (it was). Also, everyone hated this guy so much that they would only speak to him through me.

I have never been so happy at someone’s retirement party.”

“I work in an entry-level job where there are only two major job requirements: Stand on your feet for long periods at a time and understand how to use a computer.

My manager has hired 5 women who do not meet these qualifications at all. These women range from ages 59 to 63. It is as if he was actively looking for people in need of back, knee and/or hip surgery when hiring. And all of them struggle to understand the basic functions of a computer, let alone the complexities of electronic medical record.”

“My Craigslist roomy. She goes in everyone’s rooms when they are not home. She takes up the whole fridge. She likes to binge eat in the living room and not clean up the massive aftermath. She guilts us into hanging out with her and CONSTANTLY tries to get us to do things for her. She sends passive aggressive texts. She broke my chair by sitting in it and tried to hide it. She also yells when she is on the phone. And she is always on the phone. She takes things, she lies. She harasses our land lord so they hate us.”

“I work with a part timer(two days a week, where as I’m there 5 days a week) who likes to act as if she’s the manager and tries to tell everyone what to do. She always complains about how “messy” the shop is from the second she walks through the door, yet sits on the stairs all day eating. She’s also very religious, which I have nothing against, but she tries shoving it down your throat at any given chance! F*ck her.”

“Queen TMI was a coworker who, for some reason, thought we were friends. She latched onto me like a remora, spilling her guts daily and telling me all about her dysfunctional home life: her daughters, her separation from her husband, her affairs with random gang banger types, her medical history. Sometimes she would cry at my desk. I would hide from her when i saw her coming. One day she told me, “I had an abortion over the weekend.” She drove me insane to the point where people thought I was overreacting. When she was fired I bought flowers for myself.”

“A friend from high school always had to have the biggest fish ever and let everyone know he’s the best. If you’re driving a pre-owned Toyota, he’s gonna explain how his spray painted Honda, barely functioning from all the mods done, is clearly the superior vehicle. He let me know I was an idiot for spending so much on tattoos since he knew someone to do it cheaper using only an RC motor.

Eventually I get fed up. Someone was asking where I lived and this started a conversation about if it’s a rough area and Mr. Bigfish had to tell about where he used to live like it’s a crime-infested ghetto he barely survived (I live in that area now. It’s quite nice). I punched him in the chest once and he walked away.

Last I heard, he’s dodging his baby mama and was using products I designed the packaging for. He believes a college education is an overall waste of money and you just need a GED to get a job and anything else can be learned on YouTube.”

“Not sure about most ever, but currently:

“There’s a woman I work with who will insert herself in any and every conversation that happens within an earshot of her. Literally any conversation. And she can’t stand it if the break room is silent. You can be in the corner of the room quietly eating your lunch and reading a book or looking at your phone, and she’ll walk right up to you and start yapping.

Oh that looks good. Looks like Olive Garden. Is is Olive Garden? I love their breadsticks. Ooh, what’s that book about? Oh I like your shoes. Steve has a similar pair. Have you seen Steve’s shoes? They look just like yours.

For the love of god woman. Go away. You’re ruining my break.”

“I have a guy like that who I work with, he’s assigned to work the desk and just disappears, leaving the register and a bunch of sensitive information unattended. To make matters worse he also spends half the day talking to his gf instead of helping us when it gets busy. Plus he’s 28 so he doesn’t even have the excuse that he’s still young and immature.”

“There is a guy that hangs out at a local tattoo shop and won’t stop talking and telling stories. People tolerate it because he lost his wife and is lonely. It’s really not that bad, just sorta bothersome. When you’re getting ink you can’t exactly leave. The shop I go to is open concept.

We call him the punisher. He thinks it’s because he’s a badass or something, but it’s really because he actually punishes people.”

“I grew up with a kid down the street from me who was a complete brat. He constantly insulted people, loved gross, rude, mean and sexual jokes from a young age. He idolized Beavis and Butthead. He taught his dog to hump things on command and he’d tell the dog to hump people for his own amusement. He would talk about stuffed animals having genitals and then try to rub their crotch in your face. He was the kind of kid who played pranks on other people at slumber parties.

Last I heard, he was arrested for burglary.

You ruined so many good moments, Nathan.”

“My husband and I were friends with this couple. The woman was an artist. She really was a working artist and made a living from selling her art and teaching. She was quite good in my opinion. We have one of her pieces in our home that we paid $1500 for. We love it.

Her husband was a realtor. He, I and my husband all had the same interests, which did not interest the wife at all.

We’d trade having them over for dinner at our house and then we’d go to theirs. If we went to theirs, we had to have a tour of her studio to look at her new work every single time. Then we’d spend the first part of the evening hearing about her new shows, new galleries, etc. Her, her, her.

After dinner, we’d sit in the living room and the conversation would usually turn to things she was not interested in because we’d already spent 1.5-2 hours talking about her interests.

Her husband, I and my husband would be in the middle of a conversation and she’d just butt in and try to change the subject. We’d listen to her for a few minutes and make small talk and then we’d gravitate back to what we were talking about.

She’d interrupt again and again. Even if we were talking about something other than our specific interests, if we weren’t talking about what she wanted to talk about (i.e. her) she’d keep trying to control the conversation.

When they came to our house, they’d bring their young daughter and she’d try to make our teenage daughter “play” with her so they didn’t have to watch her. Our daughter is a good person and she’d spend a couple of hours with this kid, but then she’d want to go do her own thing. The wife was constantly telling her daughter to “go find” mine and I’d have to shut it down.

I finally stopped having them over to our house because one night, we’d had dinner and were having dessert in the living room. It was chocolate something. Their daughter finished her dessert and then she walked over to the only white chair in the room and wiped her chocolate mouth on the cushion. She was 8 years old. I jumped up to get some cleaning supplies to try and get the chocolate out before it set.

Neither parent ever reprimanded the child, apologized or offered to help clean the chair.

Our relationship ended after we retired and put our house up for sale. The house sold quickly but we didn’t close for 2.5 months. I had planned to let all our friends know we were moving and where once everything was settled.

The week before my husband retired and a two weeks before we closed, he had a heart attack. I had to worry about him, get us packed, and moved during that last week before closing all by myself. I didn’t actually get everything out of the garage before our noon closing time, but the buyers were very understanding and I was finished by 2pm.

About a month after that, I get an email from the wife complaining about how I didn’t use her husband as our realtor and how by not doing so we’d cost them money. I’d already told them numerous times that we don’t mix business with friendship. We’d even told them a story about buying our first house through a “friend” and what a disaster it was.

That was five years ago and we haven’t spoken to them since.”