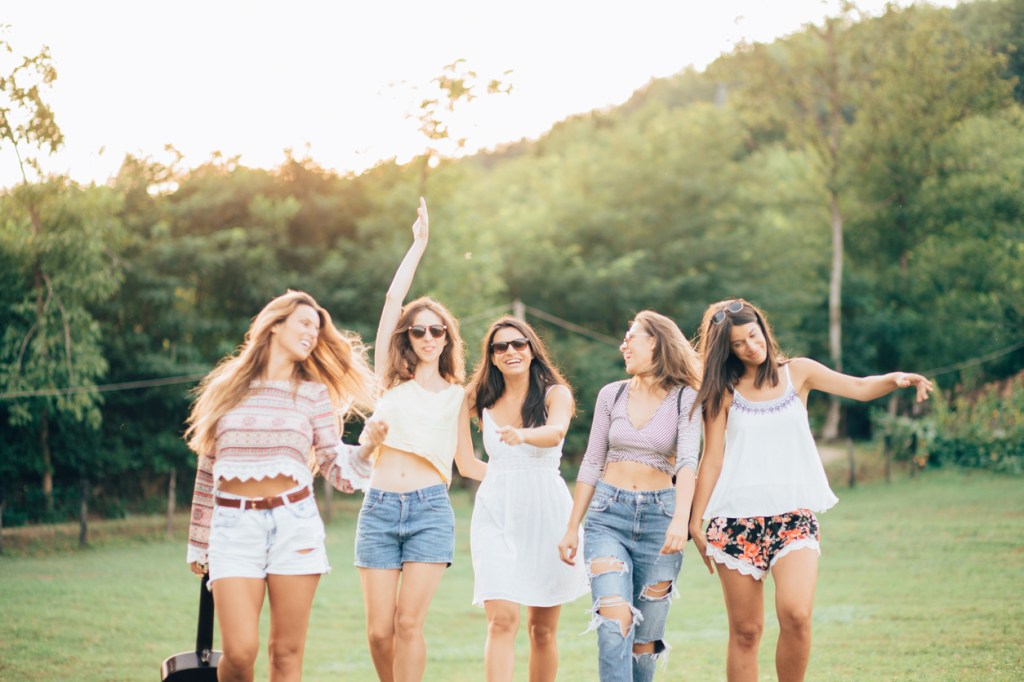 To say the world of dating has changed over the past few decades is an understatement of, well…decades. People swipe while they’re out on other dates, they have backup plans, and no one goes anywhere without people to get them out of crappy meetups.

But this guy…this guy takes the cake. Not only was he talking to other women while he was already out with one, he had enough hubris to make plans to meet SIX of them on the same night.

It all began on Lisette Plyant’s 26th birthday when, instead of texting her cheating ex, her friends introduced her to a normal-seeming guy to talk to at the bar. His name was Justin, and he bought her a drink, then made plans to meet up the following Monday night for an actual date.

Plyant, of course, had no way of knowing that she was only the first of many women expecting to have a date with Justin that night.

But I’ll let her tell the story in her own words – er, Tweets. It’s better that way.

The evening started out average enough, though Plyant admits Justin was definitely not for her – he was carrying a sparkly blue cane and informed her that “you know $23 at CVS and you can call yourself a pimp.”

It’s then that she starts to realize what’s going on – though not the extent of it. Not yet. 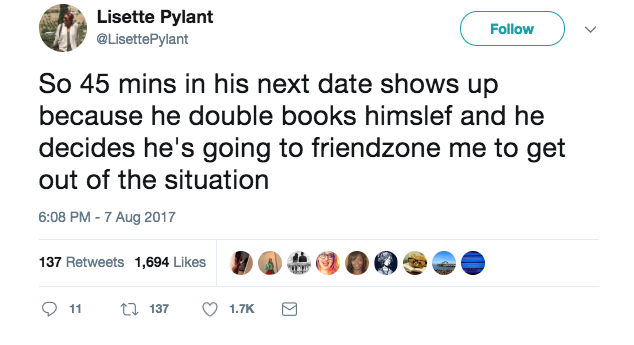 Okay, so, good looking out. 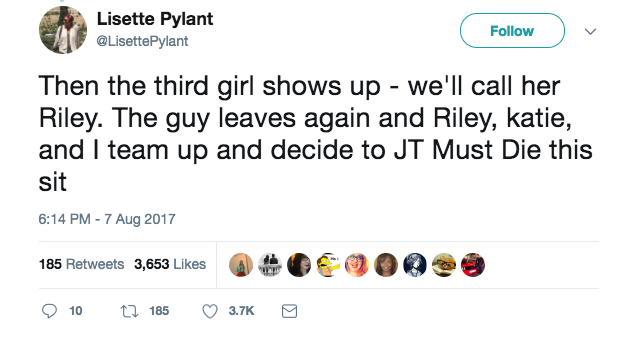 At least they have a sense of humor about it…not that any of them will accept the rose if offered. 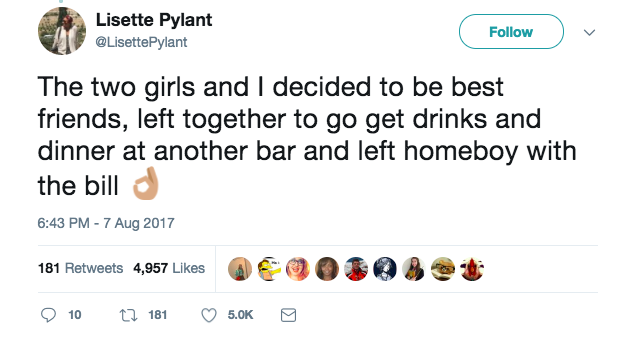 Except it’s not the end. SO NOT. 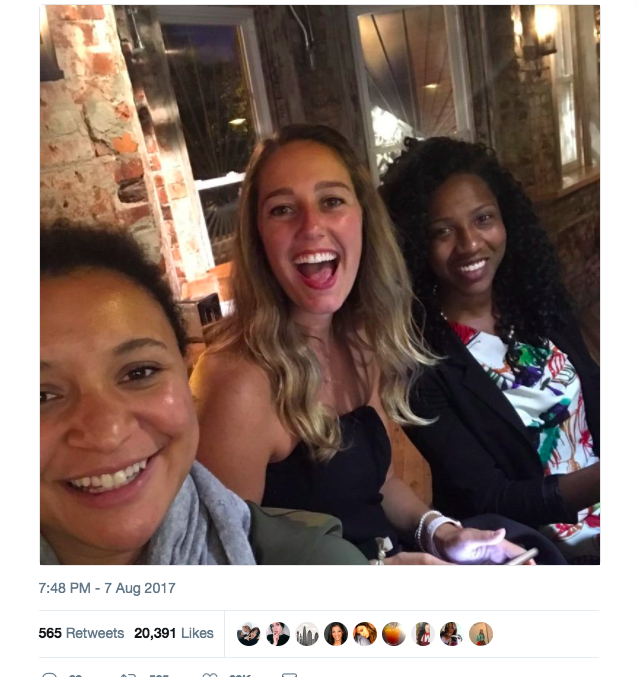 But this guy? You know he’s still not done. 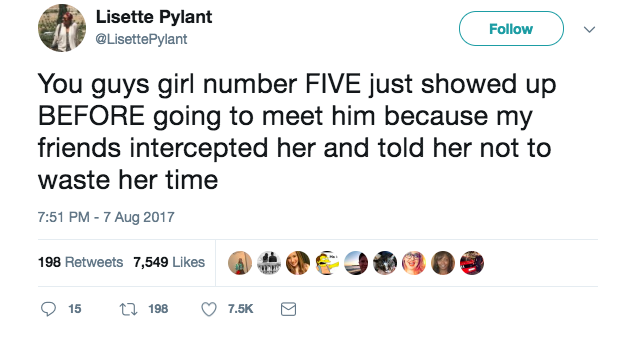 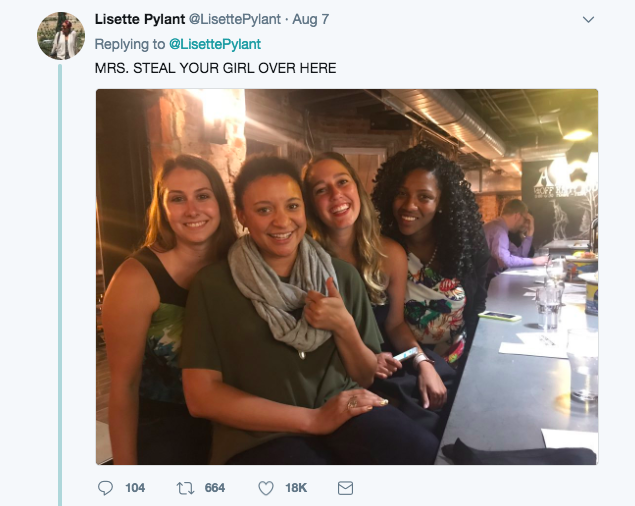 I am going to be lol’ing forever at “project manager.” 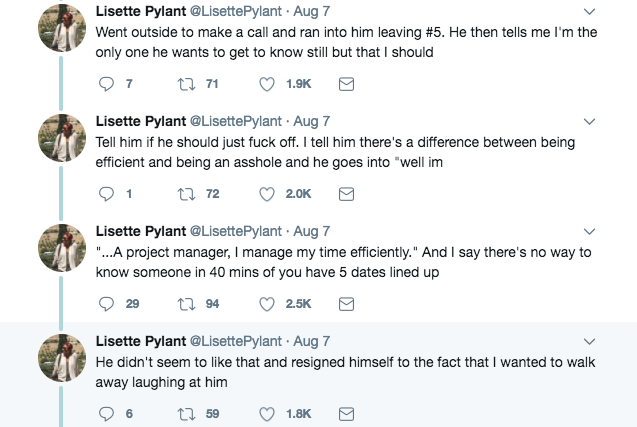 This one is the best yet. 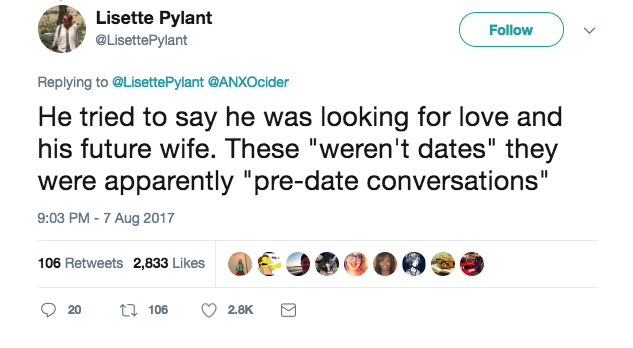 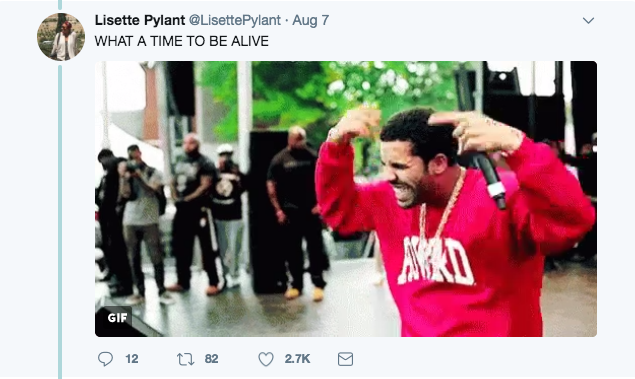 You didn’t think he was done, did you? 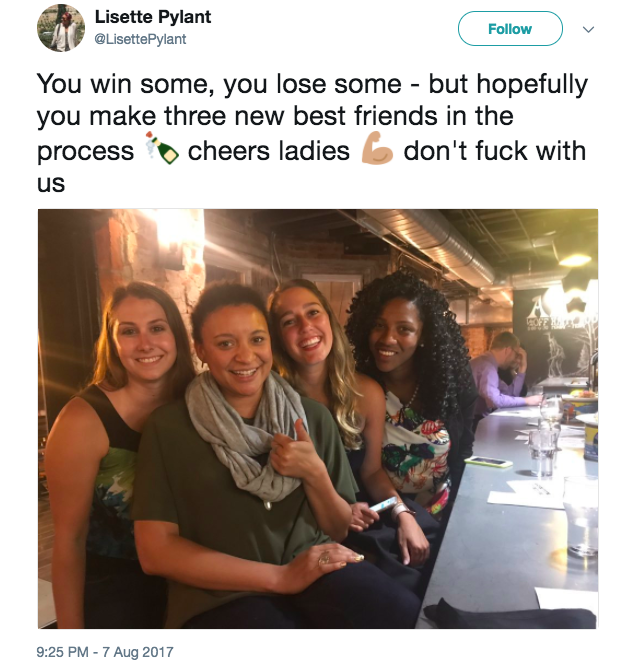 Because, really, when you find yourself in a situation like that, what else can you do?

15 Photos of People Who Are in, Just, So Far Over Their Heads