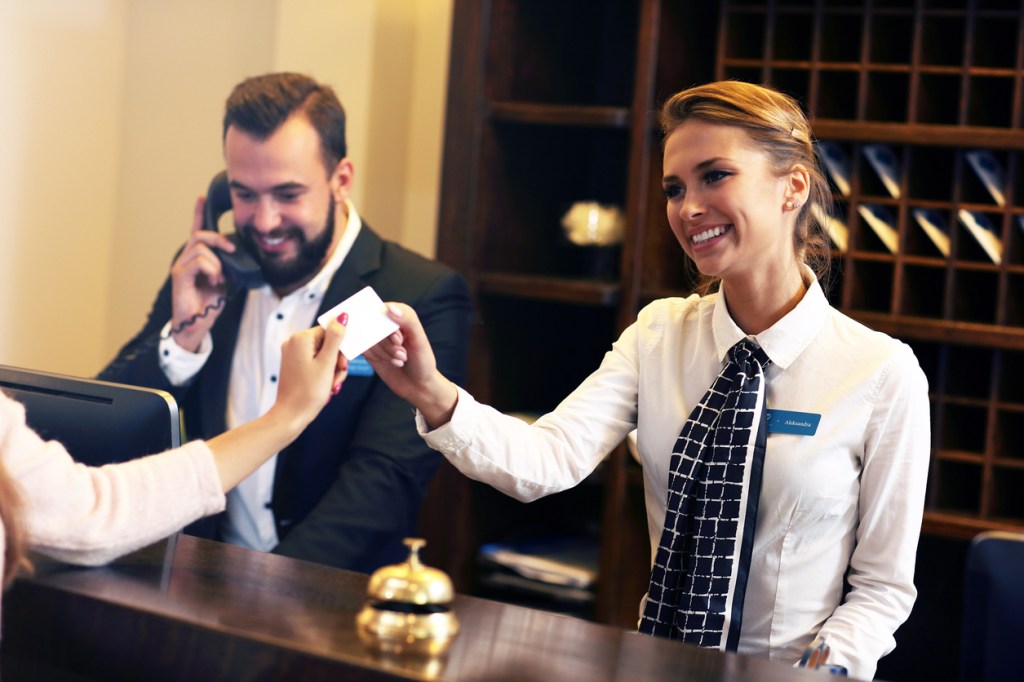 I worked in a hotel once myself, which means I have a story that could easily fit in with these as well. I’ll save it for next time, I think…

Check out these 14 hotel employee horror stories to a make you appreciate your own job (if you aren’t a hospitality employee). Btw, maybe tip the housekeepers the next time you see them.

Used condoms placed over every light bulb in the room. Discovered when the condoms started to burn.

I worked at a seven story hotel in Illinois and one night a man tried to climb out a 7th story window to the roof, a real daredevil. He fell to his death and the scene that followed was one of the most WTF moments of my life, and really changed my perception of people in general. It turned out that while climbing out the window his girlfriend tickled him, causing him to fall. Later, when outside, she screamed that over and over, “I didn’t mean to make him fall, I was only tickling him.” I thought she would die just crying. In their panic, the 4 remaining people in the room took the elevator to the basement, instead of the ground floor and proceeded to punch holes in the wall because they were so stoned and wasted they couldn’t find their way out. One got out but the rest were down there for over an hour. When the woman finally got outside, where I headed after calling the police, she literally clawed at me and begged me to do CPR in spite of a gusher of blood coming out of his mouth, he was obviously done. It was a confusing and chaotic night after that, I was the manager on duty and so I was the one who let the police into the room. I watched the police chaplain gather up all the drugs and paraphernalia into a shopping bag, and he did a thorough search, too. There was tons of it, more drugs than I have ever seen before or since. It took hours to clean everything up and the last thing to happen was the fire department hosing the blood away.

What was so WTF that changed my view on people? The official police report stated that drugs were suspected to play a role but none were found in the room. It was just stated that man fancied himself a daredevil and others in the room didn’t notice he was gone for several minutes. All total lies. I’ll never believe another police report as long as I live. I’ll never believe another news story, even a small one. What happened and what was reported were so different I wondered if something had happened at another hotel the same night. So, not a fun, funny story, but one of the most WTF nights of my life.

I was the night manager, and housekeeping told me there was blood on the walls. I went to the room, and o.m.g. The girl was shooting up something and obviously the blood had sprayed out everywhere. She tried to extend her stay. Turns out she was a crafty prostitute. She would have the first John pay her room through Expedia, and use it all night, then use the money to stay again.

She was perma banned after the blood though.

Seriously, people leave adult magazines and DVDs under those mattresses all the time. Quite often it’s a regular guest who requests the same room and it’s just their stash because they know the small Nepalese housekeeper won’t lift the mattress even a little bit.

Well, I used to work at a hotel before I joined the Navy. One weekend, we had a bedridden lady checked in by the police because gang members came to shoot up her house. She stayed for two days, and her family would come to get her Sunday. That was the worst weekend ever.

I felt bad mostly for the Chinese business intern we had, as he was called in the most by her. She even asked him once to change her diaper (normally, she had a catheter, but with the situation and all…) and that’s where we drew the line. We left all requests by her to the manager on duty.

Unfortunately, since she didn’t get a diaper change in time, she ended up peeing the bed. We ended up having to put the room out of commission for a month and a half.

7. The Hunt for Red October

I worked as a Night Auditor for a small town chain hotel in the early 1990’s. On night a nicely dressed business man checked in on my shift. He came back up to the desk a few minutes later and rented a few movies (we had VCRs in the rooms back then). One of the movies was The Hunt for Red October (just came out on video). The evening went pretty uneventful, but the next night when I came to work I received the news.

Sometime during my shift he had blown his head of with a large handgun while in his bed. No-one heard or saw this happen, and he was found by a maid about 1PM the next day, and he had bled out. Because all of the maids were Haitian, none of them would clean up the mess. I went into the room and could see the huge pool of blood on the bed and the floor. It took them over a week to clean the room, it smelled terrible. As it turned out, the blood leaked under the floor and under the bed in the adjoining room, that we still rented out, without knowing there was coagulated blood on the floor. We just kept airing the room out and spaying a lot of air freshener. To this day I have never seen The Hunt for Red October.

Painted landscapes across three of the four walls. In shit. Surprisingly talented.

I worked front desk at a hotel and one guy brought in a mini-propane grill and started grilling chicken in his room.

We found out when the whole hall started to smell delicious. Unfortunately we had to make him stop.

In a hostel made up of mostly dorm rooms with those false ceiling tiles that can be lifted up we got complaints of noises in the roof throughout the day, each time I went to investigate there was nothing in the room and no noise while I was there. This happened several times until I went into one room and found a wonky ceiling tile. So I climbed onto a top bunk and lifted the tile up. Just inside I found an empty half of vodka. I looked around and about three feet away is a stinking drunk, stinking backpacker staring at me. He’d been scampering around in the roof like a giant rat for the whole day. I shouted at him to get down and ended up grabbing him by the ankle until he gave in and slithered down onto the bed.

Not a housekeeper, but a supervisor at a hotel. Two weeks ago I get a call in the middle of the night from one of the bellmen telling me he needs help. I throw on some clothes and run over (I live across the street) to find a drunk guy passed out in one of the lobby bathroom stalls amongst the single most foul odour I have ever smelled. Couldn’t remember his room or who he was with.. Turns out he had decided to take a shit in the hallway and then fell in it, smearing it all over himself and the floor. Ended with me having to call the police and him calling me mean. That was actually the second time a drunk guy pooped in our hallway.

12. As would anyone else

Nothing too outlandish, but when I was in high school I worked for a Super 8 in a small town in Wisconsin. People came from all over during hunting season and the S8 was pretty much the only place around. I entered a room and was assaulted by a terrible rooting meat smell. I checked all the trash, nothing. As I started taking down the bed, I made the mistake of flapping the knot of blankets and sheets to try to separate them. A turkey carcass flew up out of the mangled bedding and smashed into my face. As putrid, stinking, slimy, turkey juices dripped down my face I threw up all over the bed and ran into the shower and turned it on to rinse.

I quit that day.

Check out these other Awkward reads.