Ah, the 80s. It was a weird time for everyone. I think I forgot how creepy McDonald’s play places used to be… In this Buzzfeed list, take a stroll down memory lane to a better(?) time:

1. Being addicted to crack- I mean breakfast foods. 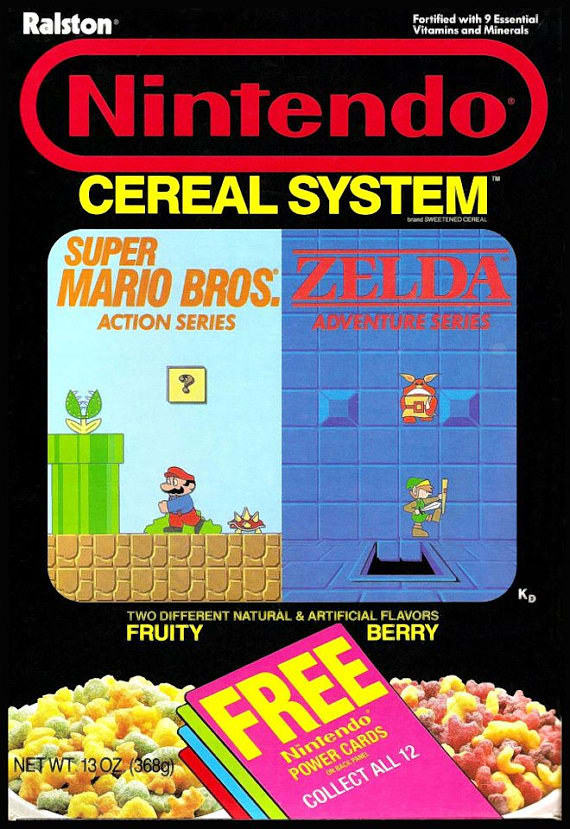 2. Hearing the call of the Wild… Strawberry. 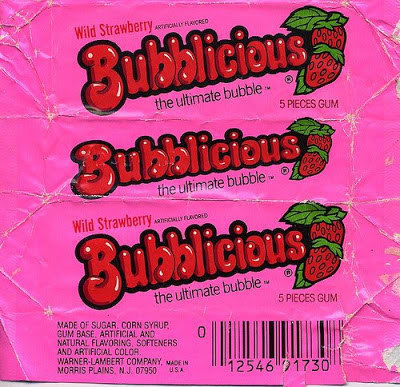 A cavity in every piece!

3. Having no idea what Duckula even was but not really caring.

I mean.. it doesn’t matter because pizza.

5. Getting a toy AND a box of cookies at McDonald’s.

They weren’t even good. BUT YOU GOT A WHOLE BOX FOR YOU.

6. Being terrified of McDonald’s Playland creatures but pretending everything was cool.

I know a guy who had a traumatic experience with that Hamburglar tower thing. He couldn’t find the entrance and ran around it in circles for what seemed like hours. True story.

7. Thinking McKids clothing was really cool, and convincing yourself that that was ok.

8. Losing your mind over Pictionary Junior because it was basically impossible to draw on the laminated cards. 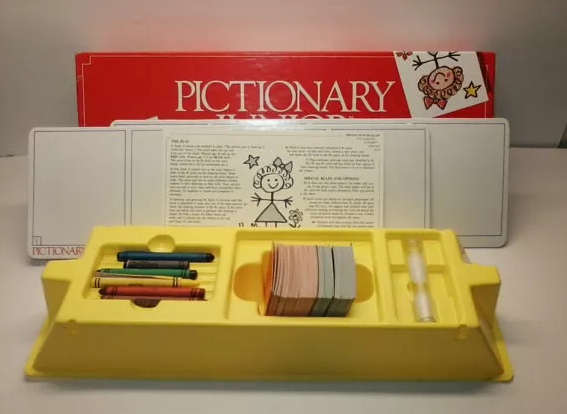 9. Feeling complete because you had a dancing Coke can. 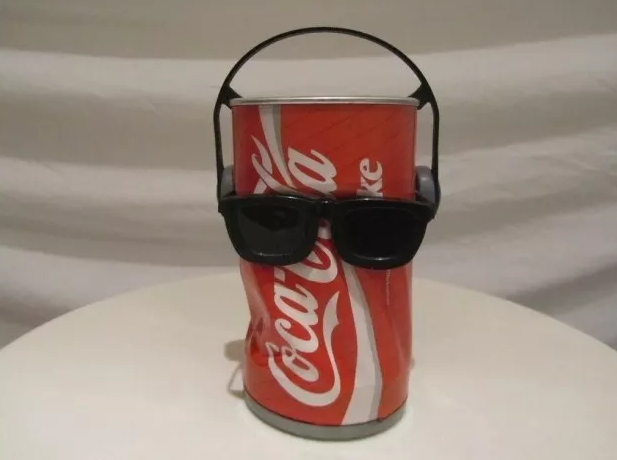 Which served no purpose, and entertained you for about 30 seconds at a time… for, like, a total of 6 times. Ever.

10. Gaining some street cred by acquiring your own mini-gumball machine. 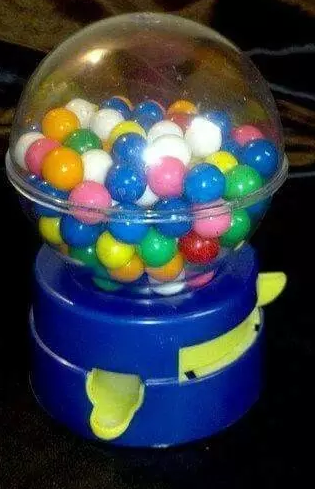 Which never worked right, so all the gumballs got stuck inside (and then stayed there until you threw it away 10 years later).

11. Having to use one of these contraptions to connect your Nintendo: 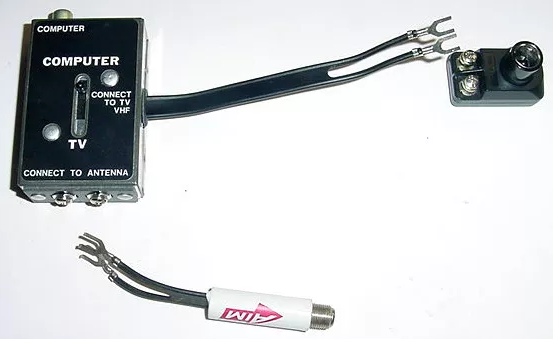 And having to set your TV to channel 4… by turning a knob.

12. Having your own neon-colored wallet. Made of Velcro. Filled with lunch money. 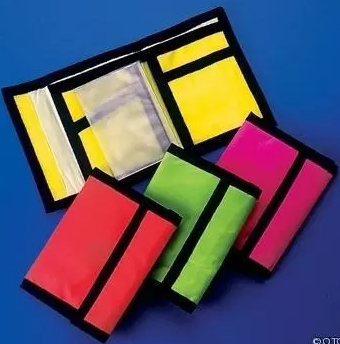 13. Sprinting home from school so you wouldn’t miss the best shows on USA Cartoon Express. 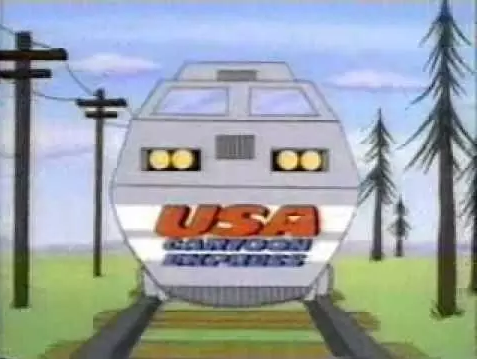 Then you’d hear that theme song and get so shook.

14. Trying to ‘paint’ with water as if it was actually gonna work this time. 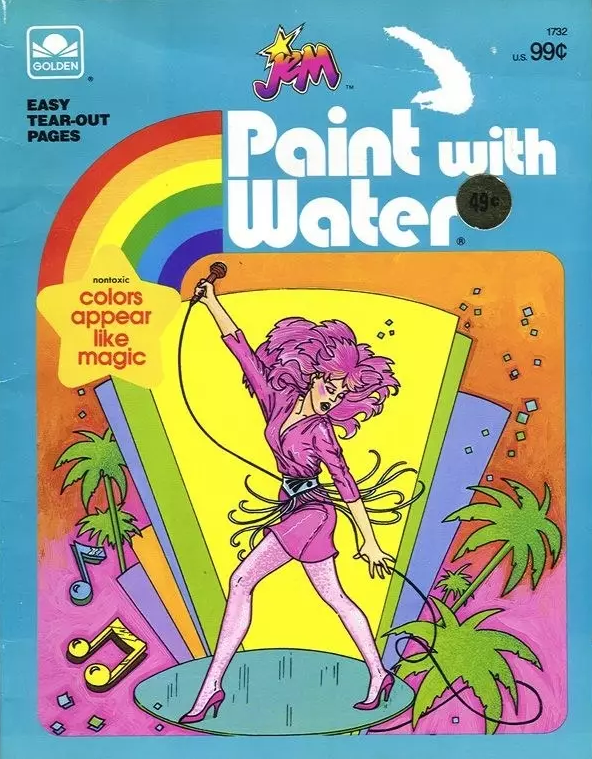 And ending up with wet, muddy-colored paper. Cuz wet paper is always a great idea.

15. Putting quarters into the Flintstones’ Lucky Egg machine and getting really excited to see what worthless, plastic chunk would be inside your egg. 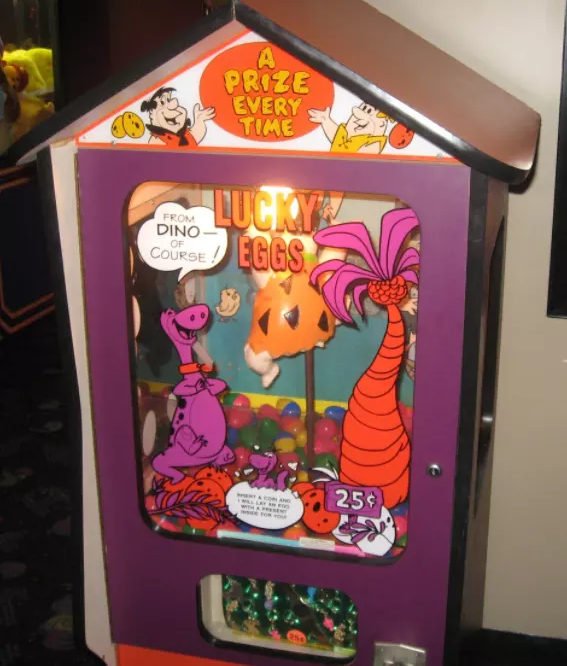 The prize was NOT the point. It’s all about dat mystery egg. 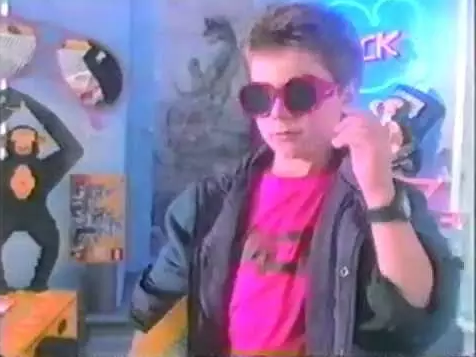 And his magical, pimp-level, 80s bedroom. 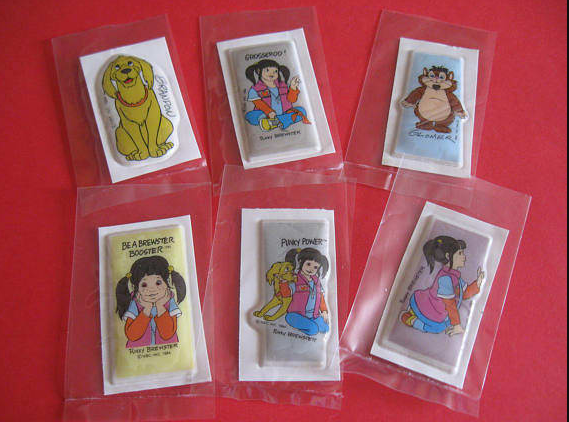 Even though they smelled weird and weren’t very sticky. 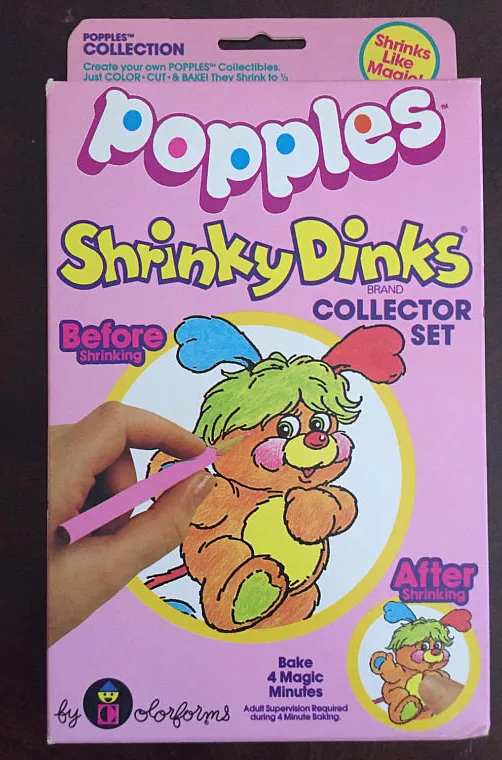 And Popples. Popples were majestic, whimsical beings that lived on your bed and in your heart.

19. Being obsessed with Who Framed Roger Rabbit and needing a Roger doll in order to go on living. 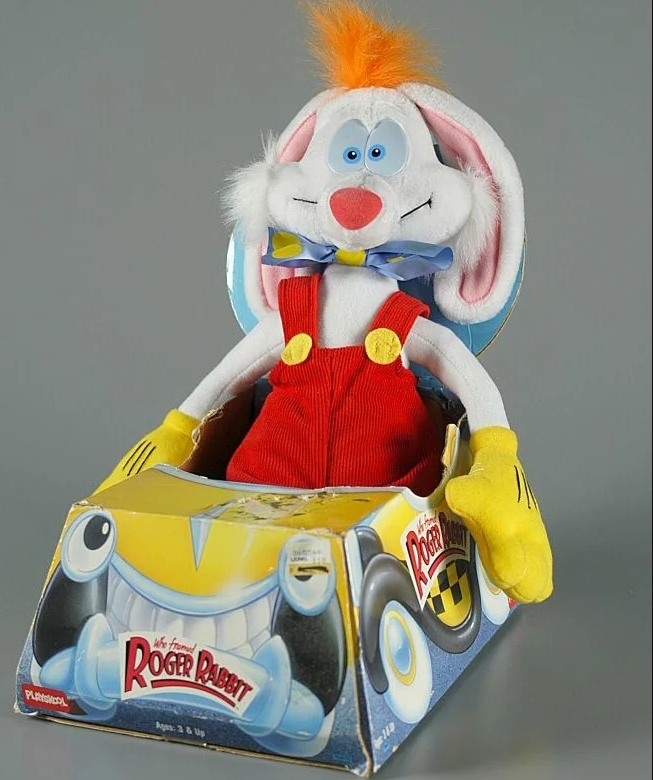 And keeping that box until it started to crumble if you touched it. 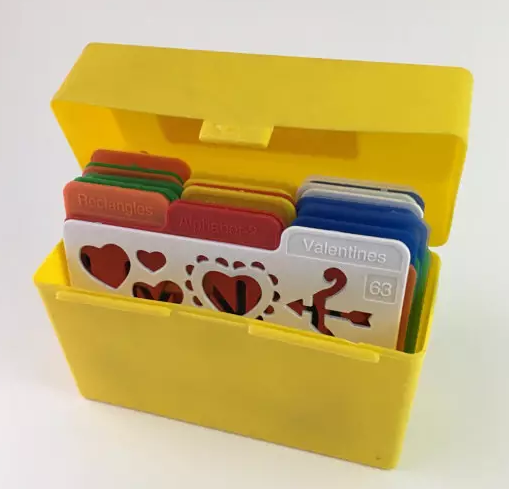 You could be an artist AND an organized grown up AT THE SAME TIME. 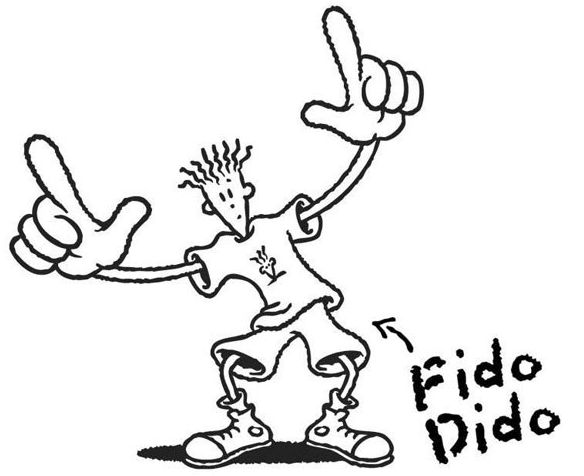 In all honesty, he wasn’t even cool. But then, neither were you, so… 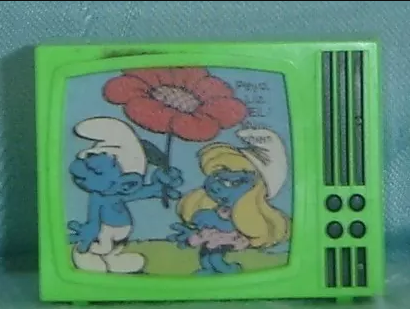 Those tiny TVs were perfect for when your smaller toys wanted to watch TV, too.

23. Low-key chillin’ with Play Skool Bristle Blocks even though they were way more annoying than LEGO bricks… 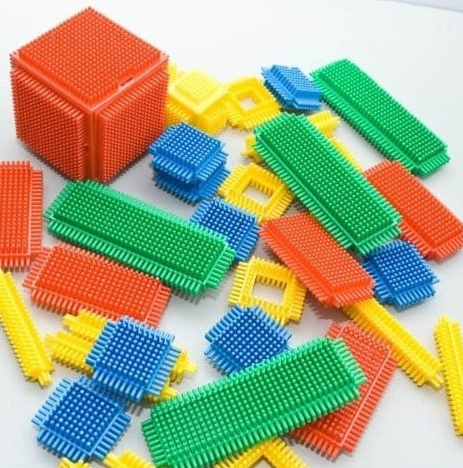 …and way more painful to step on, if you ask me.

24. Bouncing the crap out of rubber balls filled with glitter confetti. 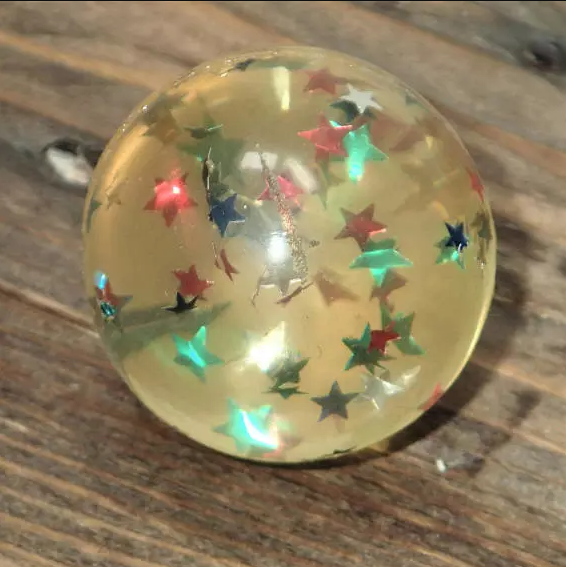 Even though they smelled worse than your dog’s butt on a good day, and that scent permeated through the entire toy box. 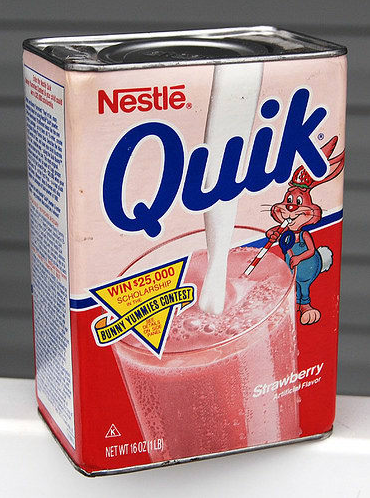 Because you were a nobody if you didn’t do it with a spoon. It’s the only way.

26. Ignoring the fact that this tree house was a blatant rip off of the Fisher-Price Little People line. 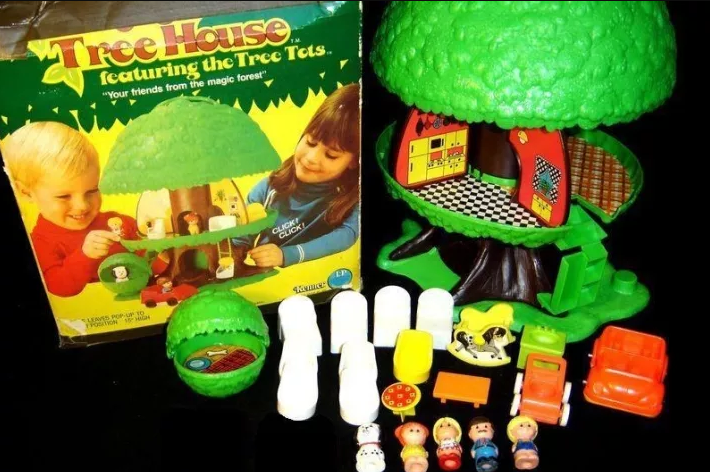 The people never quite looked right next to your Fisher-Price kids… Impostors!

27. Happily wearing one of these hideous visors that served as zero protection against harmful UV rays. 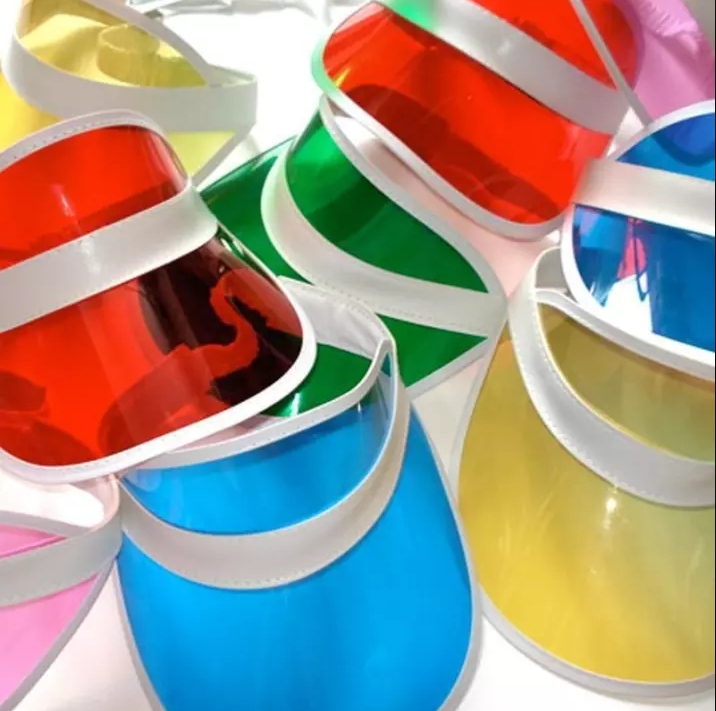 And loving every minute of it. Even when that bright red/blue/green/yellow glare was burning a hole straight into your retina.

28. Thinking you were super rad because you had a sewing card. 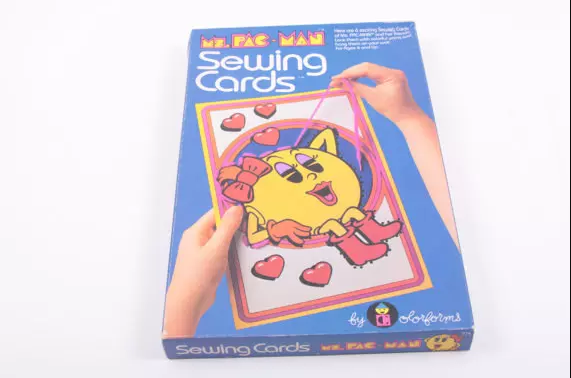 All you did was push yarn through a card full of holes. BUT YOU WERE PRACTICING YOUR CRAFT. (also, Ms. Pac-Man) 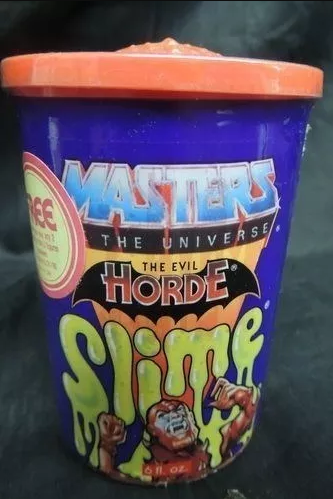 At all costs. No matter what. Because You Can’t Do That on Television conditioned you to need slime in your life.

Also, how did anyone even end up with those toys in the first place?

31. Putting up a plastic character tent in your room and never wanting to take it down, ever ever. Not ever. 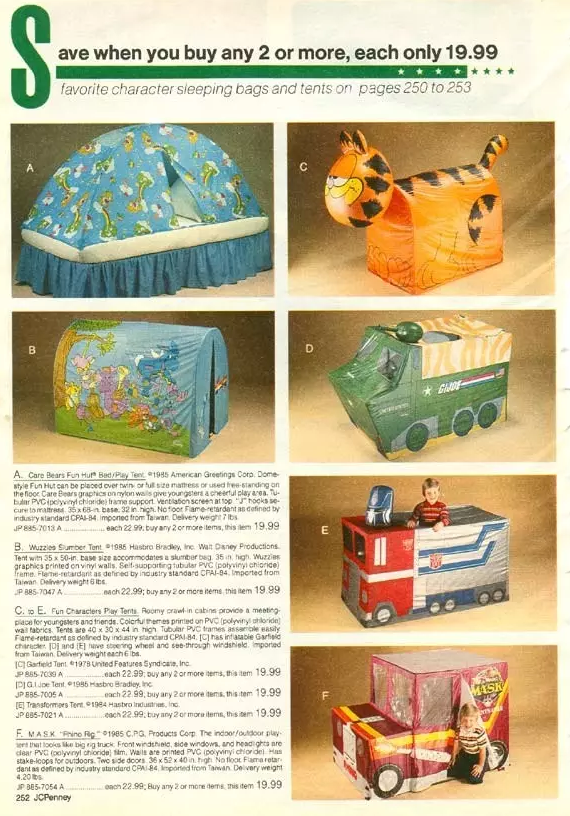 And pretending it was your ‘real’ house.

32. And (finally) having a birthday cake made with a character pan. 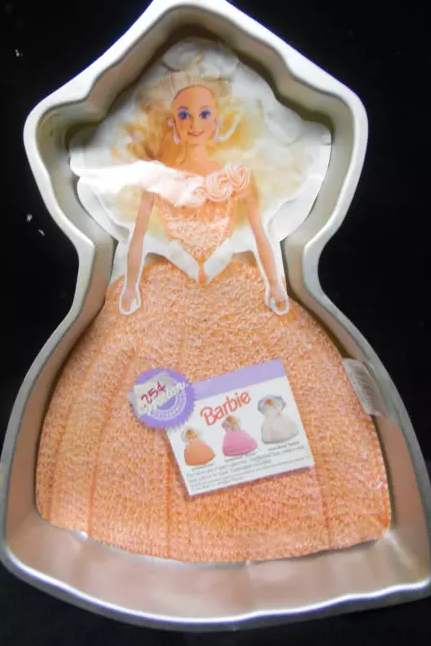 And pretending to enjoy the weird, crunchy icing, because it looked cool, ok?

Basically, the 80s were all about seeming cool by having things that were not at all cool and convincing yourself that being so uncool meant you were totally cool. Right?

The 18 Most Bizarre Model Poses

Meet the Guy Who Loves to Insert Himself into Stock Photos
KFC Only Follows 11 People On Twitter, But The Reason Is Finger Licking Good
10+ Hilarious Tumblr Clapbacks
Artist Makes a Real-Life Homer Simpson…And It’s Kind of Terrifying
The Timeless Art of Animal Seduction
20 Animals with Better Halloween Costumes Than You