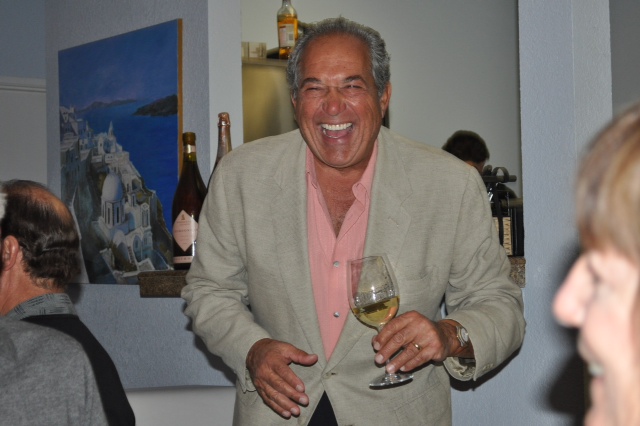 This is an article most of us can relate to: horrible Dad jokes. I don’t know what happens when men become fathers, but something clicks inside their brains, and they turn into total cheeseballs overnight. It’s actually an incredible phenomenon.

Be prepared to laugh, cry, and probably groan…

Holmes and Watson are about to go out on an investigation. Before leaving, Watson says he needs to use the restroom. He goes in and 5 minutes pass, 10 minutes pass, 15 minutes pass. Finally Holmes goes to the door and asks if he’s feeling constipated. Watson replies, “Yeah, no s–t Sherlock!”

I mean seriously, there were red flags everywhere.

My son just became a father for the first time today…

And in passing on the paternal torch, when he asked me where I kept all my dad jokes, I told him…they were stored in my dadabase.…

What word in the dictionary is always spelled incorrectly?

Someone in my accounting class asked about extra credit.

Professor: “I’m sorry I don’t give extra credit in this class”

Me: “yeah but do you give extra debit?”

Bee keepers have the prettiest eyes…

Because beauty is in the eye of the bee holder.

Here’s one in Spanish:

I entered a dad joke competition and won $1000.

It was a grand dad joke.

9. Prepare for a lifetime of bad jokes…

My friend looked at my pregnant wife and said: “I wonder if it isn’t really hot in there, for the baby.”

The CEO of Pepsi was fired this morning.

He tested positive for coke.

11. Zinger for the manager

My dad and I were out for steak last night when the manager came around and asked “How did you find your steak?”

Dad goes, “I just moved the potato and there it was!”

I used to be a banker…

But I lost interest.

What did the pirate say when he turned 80?

I threw a fake plastic turd at my wife’s head while she was in the shower.

Whoever stole my copy of Microsoft Office, I will track you down…

You have my Word.

In the kitchen this morning, my son tells me: “Dad, you know the Spartans were really fierce, and they’d throw away old weapons. They thought that if it wasn’t sharp, it didn’t have a point.”

My ex wife still misses me…

But her aim is getting better.

Breaking news: A red ship and a blue ship have collided in the Caribbean…

…apparently, the survivors are marooned.

What do a rude Frenchman and a ruthless Englishman have in common?

During dinner, I compared how Son #2 [4yo] was eating his spaghetti to an anteater. This sparked the following conversation.

Son #1 [7yo]: “Then you wouldn’t really eat very much spaghetti. Ants eat just a little because they’re so small.”

Me: “Well, did you know it’s pretty likely that, eventually, your sister will grow up to be an aunt?”

[Kids look confused. Son #1 has worked out the pun, is rolling eyes.]

Wife: “He’s right. We helped do it to Auntie Leah.”

I’d like to thank my legs for always supporting me, my arms for always being by my side and my fingers…

I could always count on them.

I really feel like I have a bad posture.

I have a hunch.

Is “Africa” by Toto a country song?

No, it’s a continent song.

I told him I’d have to check my colander.

GF: Gonna make nuggets for dinner can you preheat the oven for me?

Me: Sure what temp?

GF: Whatever the nuggets say.

Me: Holding the bag of frozen nuggets to my ear for a moment. Babe they aren’t saying anything. I think they might be dead.

I was carrying my ukulele in its case at school and my friend asked, “You play an instrument?”

I replied, “Yeah, I play a little guitar.”