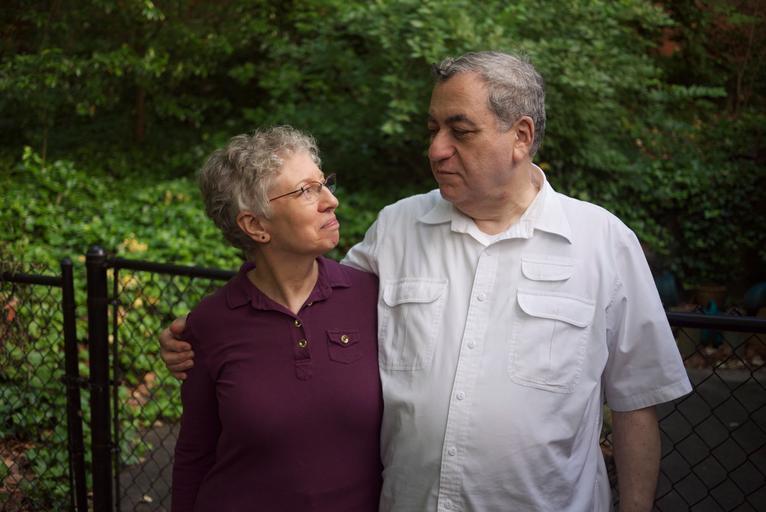 Meeting your significant other’s parents is always a weird deal. You want to make a good impression, but not come off to eager. Most of the time (hopefully), things go smoothly and mom and dad give you the nod of approval.

Sometimes, though, things take a turn for the worse, as these Askreddit users shared with the world.

My whole family met my current boyfriend over Easter dinner. My father doesn’t typically say a word to new people my siblings and I bring home. Randomly during dinner my dad turned to my boyfriend and said, “you a racist?”

When I brought my first girlfriend home I was too embarrassed to say anything to my parents, so we went directly to my room and started fooling around. Here’s what transpired: My mom opens the door to my bedroom and stopped mid sentence “Hey I was thinking we could have turkey for -” I awkwardly remove my hand from the front of my girlfriends unbuttoned jeans “Oh uhm sorry I didn’t realize you had company” “Yeah this is Caitlin” “Hi Caitlin. Did you want to join us for supper?” “suuuuuuuuuurrree” Then we all had a super awkward dinner together. Fun times.

He recounted the story of when he drove home so drunk he lost a tire hitting something, then drove on the rim for at least 4 miles down the interstate. Thankfully he’s sober now, but is that something you want to talk about the first time you meet me?

I never thought I would strike a teenager until I saw a boy smack my daughter’s butt in front of me with impunity.

I was over at my boyfriend’s family’s house for Easter where we all got together for an Easter egg hunt, dinner, and party games. My boyfriend’s middle sister had recently started seeing a guy she met on eHarmony, who apparently lived in Toronto. She spent the afternoon telling us about him, that he owned a delivery business and a flower shop. My boyfriend’s brother joked that he was a drug dealer for his ‘delivery business’, and we laughed as she tried to defend him.

So he finally drives up in a very expensive car, wearing a t-shirt with arrows pointing to the shoulders and the caption “Place legs here” written across the chest. Everyone started interrogating him, but he was avoidant of everything. I worked in a flower shop for seven years, and he couldn’t name any flowers. Granted his English wasn’t perfect and he was very awkward, but the drug dealer possibility became more likely as time went on.

Afterwards he went full-blown creepy stalker. She broke up with him, since he couldn’t explain anything, and he sent her 40+ text messages trying to get her back. Wrote ‘poems’ about how much it hurt to miss her and said he’d drop by her work. She blocked his number, reported him on eHarmony, and everyone in the family has sworn a pact to immediately call police if we see him anywhere. It was like standing next to a train wreck as it happened.

My boyfriend in high school was a senior at a different school, I was a sophomore. At their school homecoming game it was a tradition for all seniors to dress up in camouflage. So my mom first met him when he was dressed head-to-toe in black and white camouflage and wasn’t aware of the tradition. As he was walking toward us she said, “oh god, no.” And didn’t realize I’d heard her. To be fair, he was pure scum.

The first weekend I went to stay with my boyfriend’s parents (I had never met them before) my boyfriend and I played Drinkopoly with some of his friends (like Monopoly, but you drink instead of using money). All was grand, I went to bed a little earlier than everyone else, and bf’s friends left saying “she drinks pretty well for a girl!” He comes up to bed, I proceed to throw up everywhere. On him, on his sheets, on myself.

He then put me in the shower and I apparently screamed random numbers at him and got angry when he didn’t understand. His parents were ridiculously cool about the whole thing; the next day as my boyfriend slept off the trauma I washed puke off his sheets then went with his mum to play with the cats they were soon to adopt. Oh, and then the next day his younger sister walked in on us having sex. Still don’t understand how his family likes me…

When I brought my first serious boyfriend home to meet my mom he was wearing a Misfits sweatshirt. My mom, bless her, ignored his dyed mohawk, gaged ears and pierced nose and said that she liked his panda sweatshirt. I laughed so hard I cried. Got to give him credit though, he stuck around for 4 years.

When my mother was 14, she wanted to date this boy who was 17. But my grandparents wouldn’t let her, because they “just don’t trust him”. My mom argues with her parents, but they stand firm on their decision. Flash forward about 8 years, my mom is happily married. Her parents show her the newspaper, and that boy (grown up now) made the paper: drug-deal gone wrong, armed robbery, double homicide and suicide.

11. This man tells the truth

A family friend brought home a guy who told us he jumped out of a mission plane in WW1 and that he used to star in some tv show in Canada.

Not a parent, but the night my sister’s ex met my parents, he went off on a tangent about how proud he was not to work, and how good it is that the state gives him food stamps and welfare. My dad, who’s been a consistently hard worker his entire life, about blew a fuse that night.

The ex continued this for some time, but shortly after he recommended to my sister that they move into Section 8 housing, that’s when she had the sense to call it quits.

When I was in 9th grade, I went to my girlfriend’s house at the time while her parents were supposed to be at work. we were just hanging downstairs when her dad comes through the door totally unexpectedly. I still to this day have no idea how he unlocked the door so damn fast. He sat me down and talked to me and asked if I thought coming over while nobody was home was the “right” thing to do and I nervously said “yes!”

In 2009 we had a house fire, and immediately afterwards my family stayed in a local hotel for a couple of weeks. My boyfriend and I had been seeing each other for about half a year at this point (though his parents had no idea), and at one point his mum was attending a meeting at the hotel I was staying in. My boyfriend had come back to the hotel with me after school in order to meet his mum afterwards, and when it came to it he introduced me by saying ‘she’s living here because her house burned down’. Not quite what I’d had in mind!

Intended to marry my ex, but after meeting his mom a few times I really couldn’t do it.

She was extremely possessive of her son, and never smiled when I’m with them. I was the blame for her son not eating properly (I always cooked healthy food for him), sleeping properly (he worked 16 hours a day) dressed properly (I ironed his shirts for him when he was too busy to do it), any blame you can think of. All in all I couldn’t see myself dealing with the mom so I eventually broke it off before it was too late.

So I’m not a parent but when I met my girlfriend’s mom for breakfast I ate the whole family’s sausage and bacon thinking it was the plate they had left for me since I showed up late. They were too nice to say anything.

First time my mother met my high school girlfriend was walking into my bedroom with my girlfriend completely naked on the bed and me fully clothed on the computer.

Ex-girlfriends Mom greeted me with, ‘Did you convince my daughter to go on birth control so you could SLEEP WITH HER?!?’… I was shocked to say the least because we had only been dating for a few weeks and she was a virgin, I wasn’t pushing the issue because I really liked her. In my confused state, the girlfriend at the time explained to me that she told her Mom she wanted to have sex with me and needed birth control. First encounter with her Mom and I never recovered from that, she hated me.

Unbeknown to my brother he stepped in dog poo as he went to fetch this girl for the prom. Her parents invited him in to wait since she was not ready and he walked over a white carpet to go sit down. As he sat down he noticed a terrible smell, a big piece of dog poo on his shoe and the step marks on the carpet. The mother, having noticed this, blamed the dog for the smell and ignored the step marks as if they did not exist.