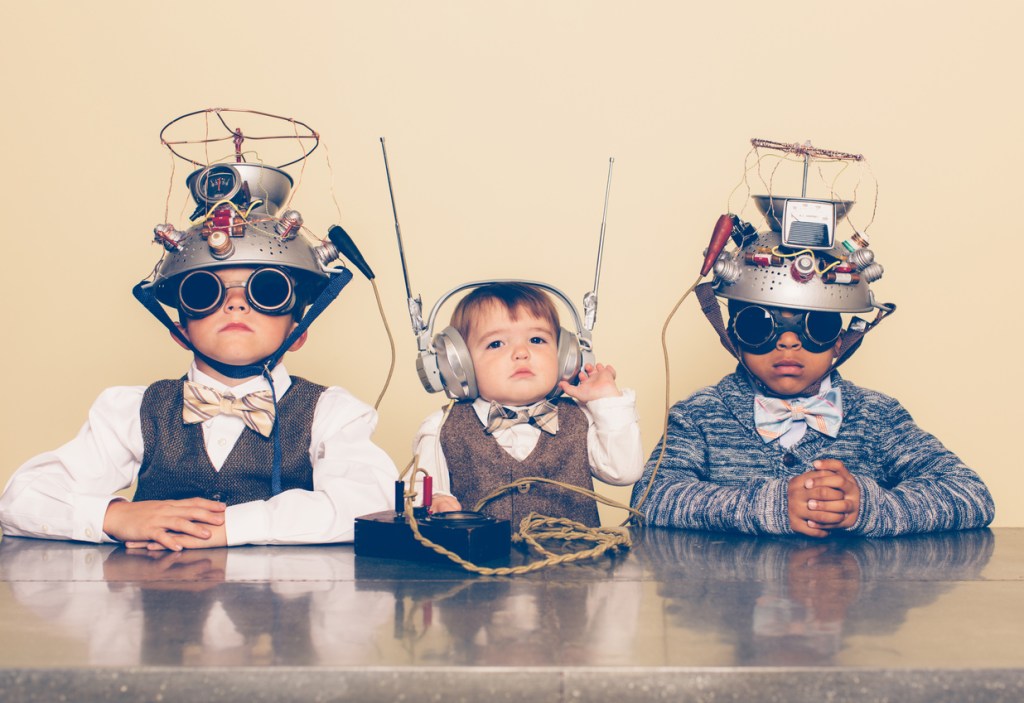 25 People Recount the Cleverest Thing They Ever Overheard

I LOVE eavesdropping on people. Whether I’m in line at the grocery store, at a restaurant, on public transportation, etc., I’m always trying to listen in on other peoples’ conversations.

What does that say about me? Am I sick? Twisted? Or maybe just bored…

Anyway, take a look at the responses these AskReddit users came up with when they were asked, “What’s the best thing you ever overheard”:

I was in charge of running the sack race for my elementary school this year. The fourth grade was racing, and when they were done this kid walks back towards the starting line with his potato sack in his hand and says to no one in particular, “I thought I had that in the bag!”

I gave him a high five.

I was on the street near one of those guys who “spreads” the word of God. He was pointing at a man and shouted, “You sir, are going to hell!”

With a shrug the guy goes, “Nah man, I’m just going to the DMV, you’re going to hell for lying.”

I overheard a guy talking to a girl at a music festival. He exclaimed, “Woah, you got so messed up last night. You have a penis tattooed on your back.” She replied with, “Eh, at least it’s something I like.”

As I was leaving the bathroom I heard a man say, “Urinal conversation is alright as long as the guy doesn’t compliment you on your watch.”

Overheard at the grocery store yesterday, a man was explaining to his kid that steaks come from cows. The boy says, “Why do they have to kill innocent cows?” and without missing a beat the dad says, “Because there’s not a lot of guilty cows running around.”

People trying to hand out bibles on campus.

Man: “Would you like a copy of the Old Testament?”

Overheard a 4th grader say, “Issues? He doesn’t have issues. He has a subscription!” From the mouths of babes!

As I entered the train station, I glanced at the clock and realized I’d probably missed my train by at least 10 minutes. No big deal, I was pretty sure they were every 15 or 30 minutes.

I approach the ticket kiosk and the following conversation takes place:

Me: “Return ticket to Derp please.”

Me: “Any idea how the long the next train will be?”

Him: -without missing a beat- “They’re usually 3 to 5 carriages.”

Me: -the cogs turn – luckily I figure out the joke in a reasonable timeframe- “LOL”

He was so pleased with himself. Can’t blame him really, awesome joke and delivered with superb timing.

Friend of a friend was entering Australia, going through customs.

Them: “Have you ever been convicted of a felony?” Him: “I didn’t know it was still a requirement!”

They eventually did let him in, but they were clearly not happy with him.

I was in a restaurant Gordon Ramsay was opening. He came into the dining room and a journalist came up to him.

She said, “Mr. Ramsay, I am So-and-so from WhateverMagazine. May I have a minute of your time?”

He said, without missing a beat, “Aw, it’s Christmas, love. I’ll give you a minute and a half.”

A conversation about names shortening and changing ie. Elizabeth to Beth, then it got to confusing ones like Teddy being short for Theodore. Then:

Friend 1: “How do you get Dick from Richard?”

A gay man to his female friend while I walked to my gym:

“I have the worst luck! It could be raining penises and I would get hit in the face with a vagina!!”

I heard a girl talking on the bus about how she was going to smack the crap out of some girl she knew. Her friend said, “But she’s pregnant!” to which this girl replied, “Her face ain’t pregnant.”

I have a friend who is full of one liners that never seem to end. A few years ago, he was hanging at my apartment when his cell phone rang (it was around 2 AM). It was some girl calling him. He put her on speaker phone and they did some small talk for a bit when she asked if he wanted to come over and watch a movie. He responds with, “Shoot, if you’re calling me at this hour you better be ready to MAKE a movie.”

I overheard a Radio Shack employee telling his coworker about a prank he pulled at a wedding the weekend before. He said that he bought a cheap cake at the supermarket on the way and during dinner he went out to his car and cut a slice. He approached the bride and groom while eating it to tell them the cake was delicious and that they made a great choice. The bride and groom were outraged, assuming he had cut their wedding cake before they got the chance to do it.

My grandma was a hair dresser and would do the hair of dead people before funerals. Somehow the fact that she had done the hair of her dead mother came up. To this someone said, “That must have been really hard.” (as in emotionally).

My grandma just looked at them like they were dumb and said, “No, it’s easy. You only have to do the front half.”

One day, when I was 18 years old, I asked my father if I was a mistake:

Without missing a beat he quipped, “A mistake? You’re not a mistake. You’re a f***ing tragedy. You can live with a mistake.” He then laughs and walks off.

Girl hanging out with a guy and what looks to be his little brother.

Guy: “You dating anyone?”

Girl: “Yeah if the choice is between women and you.

Was buying something at the register when I hear these two guys behind me leave and one of them says, “Alright let’s make like a baby and head out.” I never heard someone say that before and it had me laughing.

In an elevator. Two beautiful, impeccably dressed young women get on. One is on her mobile. She ends the conversation when she sees me and we all stand there in awkward elevator silence, listening to whatever midi file was coming from the speakers.

The girl with the phone turns to her friend and says, “I know this song, but I can’t remember the name. It’s so 80s…”

The other girl, without even looking up, says instantly and dryly, “Yeah, just like your outfit.”

The first lets out a half gasp/half laugh, then there’s about a second of silence and the other girl screams, “BAM! It’s crazy up in here” and gives ME a high five.

Then other girl says, “Yeah, just like your eyebrows.” And then did the weirdest finger-snapping happy dance I’d ever seen.

My friend had just received a meat grinder for Christmas. His girlfriend was upstairs resting. Husband and I were eating when friend walks into the room.

Me: “She’s upstairs taking a nap.”

Friend 1: “They sure have crazy warnings on packages these days. For example, on my kid’s Batman Halloween costume, there was a warning label that said ‘Caution: wearing cape does not enable wearer to fly.’”

Mother and daughter (she was probably 7 or 8) sitting on the park bench across from me eating lunch. When the daughter started picking the crusts off her sandwich her mother said, “Please eat the crust *name, it’s the healthiest part.”

The daughter looked at her mother with teasing innocence and replied, “Please explain how the baking process makes healthy things rise to the surface of dough” and went back to eating.

I was so surprised at her I failed to process the humor for about 30 seconds, at which point I awkwardly laughed to myself. Good day at the park.

I heard an older gentleman of about 60 say on the phone while walking off the golf course, “I only hit two balls today, and that was when I stepped on a rake.”

Maybe that’s a common golf joke, but I’d never heard of it and thought it was great.

My brother and I were in the cinema watching some second rate action movie. There was huge action scene going down and one of the enemies gets shot in the foot and immediately drops down dead. Some guy at the back decides it’s really witty to shout, “WHO DIES FROM BEING SHOT IN THE FOOT DUDE COME AWN,” at which point several of his friends guffaw along.

A second or two pass and my brother and I simultaneously say: “..Achilles?” ONE man laughed. He was about 50, and had the most magnificent moustache I had ever seen. That was all the justification I needed.

15 Of The Worst Examples Of Airplane Etiquette

20 of the Cleverest Cheaters