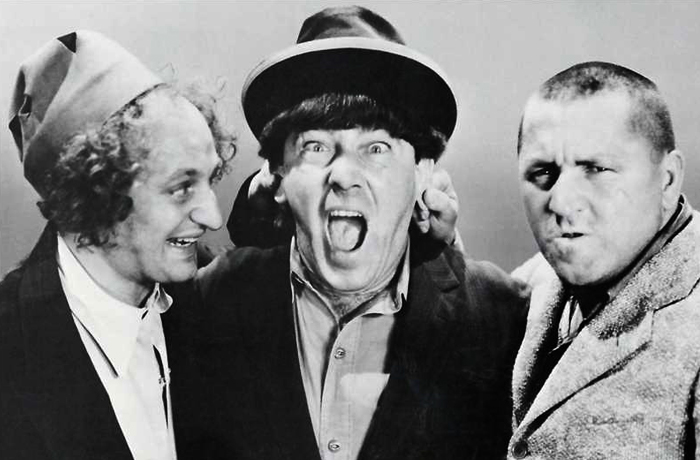 22 Times Folks Figured out They Were Surrounded by Morons

Can you remember the dumbest person you ever met? I mean the biggest dummy who ever entered your life? I think mine might have been my Driver’s Ed teacher when I was in high school. This guy blew my mind with his stupidity. It was incredible.

These 22 AskReddit users recall the times when they realized they were in the midst of complete idiots.

Grew up in the UK and moved to the US and had the following conversation.

Her: What language do you speak where you come from?

Her: No, I mean what actual language did you speak as you grew up?

Me: I grew up in England and they speak English there.

Her: You don’t understand we speak English in America, what language did you speak before moving here?

One time when I was about 15, I was out with a group of my mates, and somehow the conversation got onto the Royal Family (I’m from England). I said something (can’t remember what) about the Queen, and then my best friend says to me: ‘Didn’t the Queen die’” and then someone else says ‘Yeah, she did.’ Uh…no, she’s still alive. I explain this to them, and then my best friends sister says: ‘No, she’s dead, I know she is.’ So we’re all stood there for like 10 minutes arguing over whether the Queen is dead or not, when I eventually say: ‘Ok, if she’s dead, when did she die?’ To which my best friend replies: ‘In 1997, in a car crash I think.’ I just stare at her and say: ‘That wasn’t the Queen, that was Princess Diana.’ And then another girl says: ‘Oh, so it was the Queen’s daughter that died?’ And after that I just gave up.

I do classroom tech support at a state university. I’m near the top of a fairly tall ladder of operators who each do their own troubleshooting to try to fix an issue, before passing it on to the next level.

Got a call the other day for a ‘projector not turning on’ (most common service call by far). It was for a private department at the law school on campus, meaning that their own IT/tech support had given up before setting up a service ticket (costs money) to have us check it out. All levels of support beneath me passed it on up until it was my problem.

I showed up in the room—professor and around 20 young, intelligent-looking law students. The projector was powered on. I pointed that out to the professor. She replied, ‘But it won’t show my desktop.’ I walked over to her computer and saw that IT WAS POWERED OFF. I turned on her computer for her, watched the projector screen light up with her desktop, looked her in the eye and said ‘Should work now.’ Then I turned and looked at all the students, and left.

Fucking rRoom full of academic millennials and who I assume is a very intelligent professor, and nobody thought maybe she should turn on her laptop? To say nothing of the half-dozen technicians who all gave up on the issue before I got involved.

I tried to explain that the moon and sun were not the same size, then all of a sudden found myself having to explain that the sun and the moon were in fact Different and not just one side fire, one side rock. They all laughed at my crazy theories, then asked if the sun was so far away, why is it in the same sky during the day (on earth) as the moon was at night. They pissed themselves laughing, and I just laughed with them.

In 10th grade geometry class nobody around me knew what an octagon was.

I have convinced my coworkers snake oil is real. They are wanting to buy some from me to get mad gains. I haven’t sold them any yet cause were moving into winter and all the snakes are hibernating so all the snake oil I have is being saved to keep up my family’s health. But come spring time when the snakes wake up I’ll have some more.

Once in high school I went over to my friend’s house where I proceeded to get into an argument with him and his family (two adults, two teenagers) over whether flies could be considered animals or not. I tried to explain that they are still under the kingdom Animalia, it’s just they have a different phylum and class to what they had in mind, but they are as much an animal as a cat, fish, or bird is.

Their argument was ‘but you don’t say ‘I went hunting for flies.’ Still remember how astounded I was at 14 to think that adults could be this stupid.

I’m in a meeting with my boss, the Director of Corporate Sales, and the Marketing Manager. They are confused as to what time the sun rises in Ireland (we are in the Boston area). I tell them that the sun rises in the east and sets in the west, so countries that are further east see the sun first and therefore Ireland would be in the afternoon when we were just seeing the morning sun. They didn’t believe me. It was a 30-minute conversation where despite my best efforts to discuss how the earth moves around the sun I couldn’t convince them. I still work in the same office with the same people.

I made an offhand comment about the oddity of the Easter Bunny being associated with a basket full of eggs. The reply I got from my girlfriend at the time was, ‘That’s because rabbits lay eggs, silly.’ It took me a moment realize she was 100% serious.

We had an exchange student from Germany, this one girl asked, ‘Is German a language or is it a fake language like Mexican?’

In high school there was a professor that everyone loved and always joked around. This dude would mess with students and just do ridiculous stuff all the time. He once came in full camouflage and would just ‘sneak’ his way through the halls. Anyway, one day he is teaching and this girl won’t stop talking so he slams a book and says, ‘silence, you insolent swine.’ After a few seconds the girl’s face lights up and she exclaims, ‘Oh I know what that is. My uncle is a diabetic!.’

Yes, I am fully aware insulin can come from pigs but I can assure you this girl did not. This girl might have been the dumbest person in the school. I’m fairly sure she thought Hitler was still alive and asked why we haven’t stopped him.

We asked my friend to point out the Pacific Ocean on an unlabeled world map. She pointed to Mongolia.

In seventh grade, I had this chemistry teacher, Mr. Peevy, a pretty decent teacher when he stuck to chemistry. One day, for no reason apparent to me, he asked the class, ‘How many of you believe in evolution?’ Without stopping to consider the consequences, I raise my hand. This is seventh-grade chemistry, effectively an AP class, you have to be a smart kid to even get in. I was the only kid who raised my hand. The other kids had a good laugh at the only kid in class stupid enough to believe in this evolution nonsense—and Mr. Peevy joined in with a good chuckle.

We were discussing space at work one day and had a coworker asked me how the rockets get into space without punching a hole in the atmosphere and letting all the air out. 🙁

I once met a woman who didn’t know that fruit and vegetables grew on plants until she moved out of the city. She just thought they came from the supermarket or whatever.

17. This girl is brilliant

A girl in my 11th grade AP world history class asked our teacher who the first black person was. Also a girl I know said she doesn’t believe in aliens, but she does believe there is life on a planet other than ours.

When my friends decided it was a marvelous idea to throw a can of Axe into a fire.

My change at the gas station was $1.94 and I gave her the 6 cents so I’d get $2 back. No one could figure out that I didn’t want pocket change and wanted $2 back. She called her manager over at the next register, who also didn’t understand basic math, then she actually gave me the 6 cents back out of confusion. Then she gives me my $1.94 and I immediately put the 94 cents right on the table with the other 6 I gave her before and asked for a dollar back. She acted like I was the idiot and I would’t be surprised if she still doesn’t understand.

I had a girl ask me to point out the United Nations on an atlas, no not the individual members, the actual country ‘United Nations’.

A girl I know once asked why anyone would donate blood. She said that you only got a certain amount for your entire life and giving it away didn’t make sense.

That one time when I got lost by myself in a Hall of Mirrors.