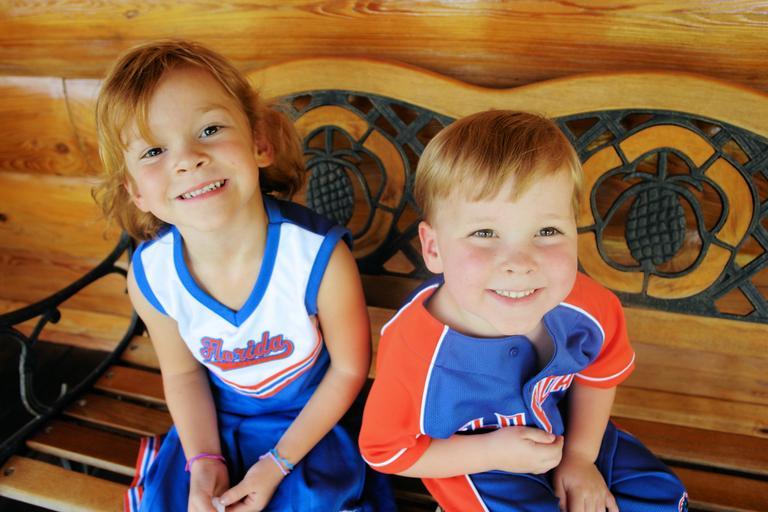 20 Parents Recall the Funniest Things Kids Ever Said to Them

Those dang kids just say the funniest things, don’t they?

Get ready to laugh as these 20 parents share their stories of the funniest things their kiddos ever said to them.

1. Birds and the bees

We went to a national trust place where there was a bee keeper and a falconer. Later that day she went round telling people she new all about the birds and the bees now. She was about four at the time.

My oldest daughter ran out of the bathroom saying my middle daughter had made a terrible mess. I asked her, “What did she do?”

She replied, “She spilled your pooping sugar!”

Pooping sugar? Then it hit me.

She had spilled my powdered laxative.

My niece who was 4 at the time always liked rubbing my belly when I was nearly to term with my first pregnancy. One day she asked me if the baby could come out to play and I told her not yet.

Then she asked me if she has a room in there to play in and if she could instead go in to play with the baby. I again said no.

Then came the hard questions, she asked me if my fiance had put her in there and how he did it. I didn’t know how to answer that and before I could think of an answer she followed it up with asking if there was a hole to go through where the baby was. In my panic I answered with telling her that my fiance and I put her in my belly button so she could grow. I figure she will learn the truth eventually so there’s nothing wrong with a little white lie.

My little cousin saw me looking through a National Geographic magazine with woolly mammoths on the cover. Questions ensue and I explain that they are extinct animals who lived a long time ago. Little cousin then asks me, “Was Grandpa alive when woolly mammoths were?”

My cat ran into a tv table and knocked it over and runs as fast as he can to another room, my 7 year old just looks at me and says “that damn cat”. It was so hard not to laugh, I did chuckle a bit as I told him damn wasn’t a word for kids to use.

He cracks me up. It’s like living with a tiny old man.

I was about 7 months pregnant. My then 2 year old went down for a nap. While she was sleeping, my friend came over with her 5 month old baby.

My kids are grown now, but we still laugh about this. When our family was on vacation, there was a wind storm raging late one night. My step daughter, about 7 at the time, walked into our room and asked if it was a “tomato”. It was so innocently hilarious.

Background: There are chickens that roam our neighborhood.

Conversation with my daughter:

Me: When I got home tonight there was a chicken in our yard.

Kid: What was it doing?

Me: Oh just pecking the ground eating bugs and worms I’m sure.

Kid: I don’t know what’s it’s name is, but if I had a chicken I’d name it Little Pecker.

My son was about 5 I took him into the ladies room with me, he didn’t have to go so I picked a stall at the end where he could stand outside next to the door so I could see his feet. From outside my door I hear. “Mom, can I have a quarter?” For what? I asked? He says “I have to blow my nose, and this thing sells ‘napkins’ for a quarter”, then proceeded to exclaim, “they must be BIG napkins the slot is huge for them.” Every women in the bathroom was cracking up…

My husband and kids love to play Hot Wheels. The other day he was naming parts on the car for our 4 year old daughter, when he pointed to the back where the trunk normally is a car he asked her “do you know what we call this part?”

She stared at it intensely you could see the wheels turning in her head, then she said with all seriousness: “Algebra?” We couldn’t help but laugh hella hard. Now when she’s asked a question she doesn’t know the answer to she just says Algebra.

Kindergartener is holding a book of current professional hockey players. “Mr. K, look, this guy was born in 1985 and he’s still ALIVE!”

My then 3 year old daughter asked me for a toy, and at that point, I didn’t have the money for one. I asked her for a million dollars. She handed me eight quarters from our laundry money and said, “Here you go mommy.”

My son, when he was about four, saw that I was getting agitated. I don’t remember what it was about, but he goes “Mommy is getting p-i-s-t!” I couldn’t help but laugh and it stopped me from being “pist” .

My oldest was about 4 and we were looking through old family photos when she asked, “Mommy, when did the world get colors?” It took me a second to realize that to her, the whole world must have been black and white forever. It took a bit to explain.

My father-in-law watches my son quite often while I worked. He was also a big Obama fan, and watched all the news about him or any time he was doing a speech. So, for a few years, my son thought the American flag was called a “Barack Obama” and would shout it any time he saw one.

Went to the toy department with my then 4 year old so she could finally spend a gift certificate she received for her birthday and of course this caused much excitement and dilemma on what to pick. At one point I turned away and when I turned back she was gone, so I called to her “Where are you?” Her voice came from the next aisle. “I am over here mommy, on a different page.”

When my niece was 3 or 4 she would end every sentence with “and then you’ll die” while making a motion with her finger (similar to Danny’s redrum in The Shining). No idea where she got this phrase from.

My 8 year old son had painted a lovely picture at school. The painting included some areas of different color under a house. It appeared to be cross section of the earth. My brother asked him about the different layers, and asked, “Is this clay, and then regular earth on top?” My son replied, “Nope, it’s paint…”

My daughter once told me that task was too hard to do (she was about 2 years old) by saying, “It’s a hard a me do.” We laughed and still say that things are “A hard a me do” to this day.

My daughter told me when she was younger that if you don’t wash your hands you will get gerbils on them.