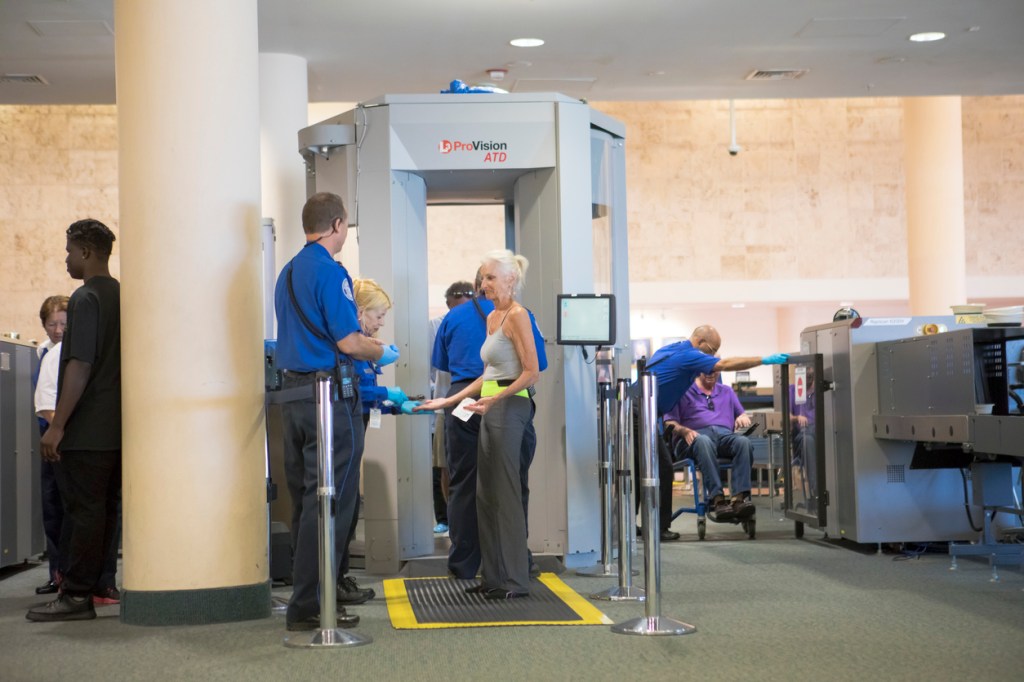 Traveling can be quite a hassle, especially with all of the regulations that have been put into place for our safety. The rules are pretty self explanatory, but there are always those who think they can somehow get around them. These AskReddit users share their experiences and stories of those who tried to take contraband aboard their flights.

1. Is That A Banana In Your Bag Or Are You Just Happy To See Me?

2. Waste Not Want Not

“I watched a man argue about a fifth of vodka for 10 minutes, chug it, then promptly have a heart attack. That was certainly weird.”

3. The Right To Bear Arms

“Not TSA, but I saw a compound bow sitting in the trashcan last time I was at the airport.”

“I once saw a guy try passing security in a banana costume. Needless to say the guards were not pleased with him.”

“A story my old high school debate coach told me:

Probably about 10 years ago now, another high school’s debate team was going to some national level tournament. When boarding the flight home after the tournament, security pulled aside the debate coach after finding a loaded gun in her suitcase.

This, of course, left her very confused as she had not brought a gun to the debate tournament. Upon seeing it, she identifies it as her husband’s gun. She had no idea it was there.

Which means on the initial flight out of DFW airport, she walked right through security with a loaded gun in possession and nothing happened to her.”

“Once I was traveling back home from France having done a clay sculpture workshop while there, and a friend of mine had made a fairly realistic life-sized head which she was carrying in her hand luggage. The look on the security guy’s face as that image popped up on the x-ray screen was absolutely priceless.”

“My great-aunt from Texas once flew out to Portland, Oregon and she brought her own bacon grease because she was going to be cooking Thanksgiving dinner.”

“I once went through security with a bunch of vials of fruit flies. That was a rough one.”

“I process military flights and you wouldn’t believe the crap people try to smuggle to and from operational theaters. Smoke grenades (“I forgot I had them!”), pen flares (“But it’s not prepared to fire though”), a magazine full of 5.56 rounds (“I didn’t know it had to be empty”), and knives of all sizes hidden behind plates in body armor. (Top tip – you may as well clench the blade between your teeth like Rambo, as it’s no less-subtle in a bag – it stands out like a dog’s dick on a machine).

In the defense of most squaddies, they’re tired and bored so they often make mistakes.”

“”I can take a chainsaw through if I empty out the gas right?” I just stared at him for a long time.”

13. Soothing Goose For The Win

“Former ramp agent here, we processed an “emotional support goose.” Apparently it acted as a soothing flight buddy for the passenger…not sure how that works!”

“I used to be in a long-distance relationship. The girlfriend was way into the bondage thing, so on one flight to the US, I had leathers (wrist/ankle cuffs, thigh cuffs, and a collar with metal studs), plus a considerable amount of very sturdy rope.

I was getting my checked luggage inspected before the check-in counter (thank you, Texas), and the guy started pulling out what must have been 100 feet of thick, soft rope. He looked in further, and saw lots of tackle – rings, carabiners, and the assorted leather pieces in the bottom of the bag.

He looked at me with a blank stare and said, “Have a nice time mountain climbing” and zipped everything back up and sent me on my way.

To this day, I have no idea if he was serious or not.”

15. Who Knew You Couldn’t Take The Life Jackets With You?

“Weirdest? A glass case of dead tarantulas. Last week an American guy tried bringing through a fully loaded glock. He was flying out of London so I have no idea how he got it in the first place. Obviously police were called and he was arrested. You also get people bringing through life jackets from the planes which is a serious offence for which the police get called to arrest them.”

16. Live Your Life, Choose Your Choices

“I screened a checked bag that had a full dog leather bondage suit. Freaked me the heck out!”

“One day I was doing a bag check on a strange dense metal item. It was a woman and her son, the item was some weird piece of metal. I didn’t know what it was but I knew it wasn’t dangerous. Anyway, she saw what it was and yelled at her son “DON’T LOOK OR YOU’LL GO BLIND” She whispered to me that it was a Kegal exerciser. I re-ran the bag through the X-Ray so the operator could see what it looked like without the item in the bag and he said “what the hell was that?” I told him and he had no idea what Kegals were, and why someone would need to exercise them?

I gave her the bag back and tried not to die laughing because of her poor sheltered child.”

“I once saw a man get caught and try to argue his way out of having a suitcase full of 100% pure Mexican black tar heroin.”

Not done? Check out these other great reads:

20 Memes That Show the Daily Struggle of Parenting

At Last, You Can Drink Wine Inside A Giant Anus