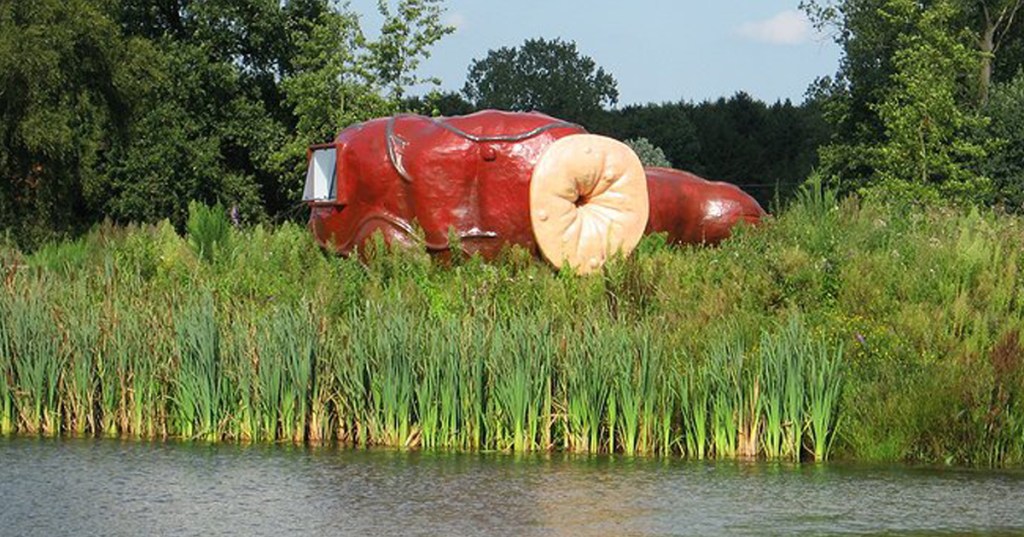 At Last, You Can Drink Wine Inside A Giant Anus

For decades, wine aficionados have been given mean labels like “snobby” or “pretentious.” Now, oenophiles can stick it to the haters by enjoying wine inside a literal a-hole–if they visit this Belgian hotel in the shape of a rectum. 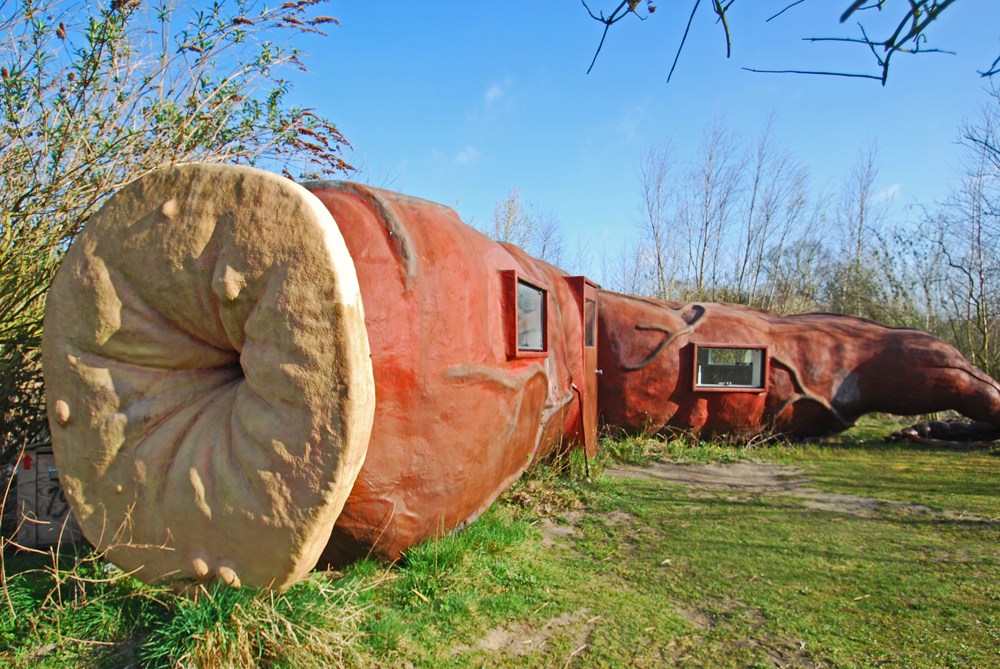 Since 2007, adventurous guests have been able to stay at the aptly named CasAnus House, the world’s first and (I hope) only inn shaped like a butthole. But (Butt) this is first time the space has hosted a wine tasting. The upcoming event, titled “When Wine Meets Art,” is a collaboration between the Consorzio Vini di Romagna, an organization that promoters wines from the Emilia-Romagna region of Italy, and the Verbeke Foundation, which owns the CasAnus House as well as the sculpture garden where it’s located.

According to the event’s spokesperson Alice Brown, the idea came about when the organizers wanted something new. “After ten years of organizing ‘classic’ wine tastings, often very boring for both wine producers and visitors, we started thinking of different ways of experimenting with wines,” she said. 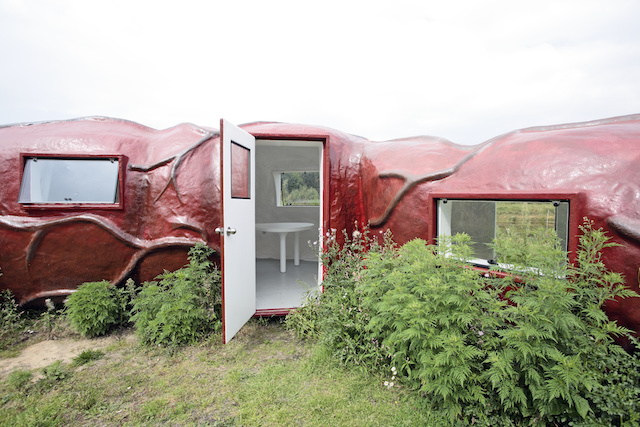 While I’m sure the Emilia-Romagna wines are fine, the star attraction is obviously the hotel itself. The CasAnus House is the product of the very unique mind of Dutch artist Joep van Lieshout. The gigantic balloon knot was part of a series of sculptures depicting the human body. “One of the recurring themes in my work is a strong interest in systems—economical systems and political systems, but also the human body, which I believe is a perfect system,” van Lieshout told Vice.

The CasAnus is located within the 30 acre Verbeke Foundation Sculpture Park, halfway between Ghent and Antwerp. The one-room hotel welcomes between 200 and 250 visitors a year. It’s made from a combination of wood, polyurethane foam, and a coating of fiberglass-reinforced polyester, which is painted to look like the end of the human digestive system. According to van Lieshout, the hotel is anatomically correct except for the large intestine, which had to be expanded to fit the hotel room. 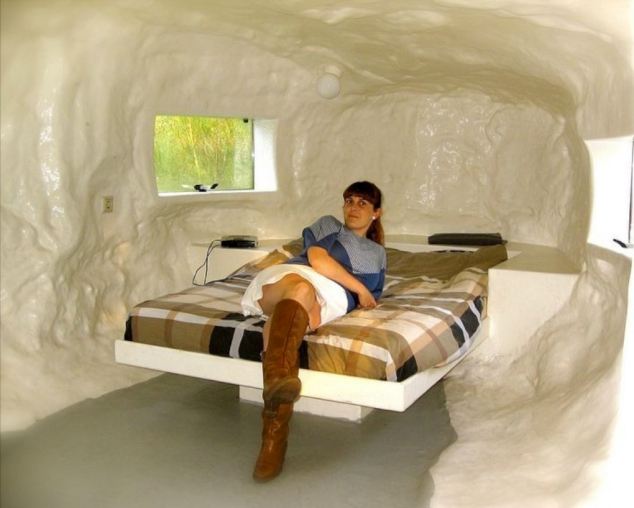 But if you don’t feel like making the trip all the way to Belgium, don’t be discouraged! Mr. van Lieshout is also the creator BarRectum, a bar shaped like a huge anus, and that one’s exhibited all over the world, warts and all: 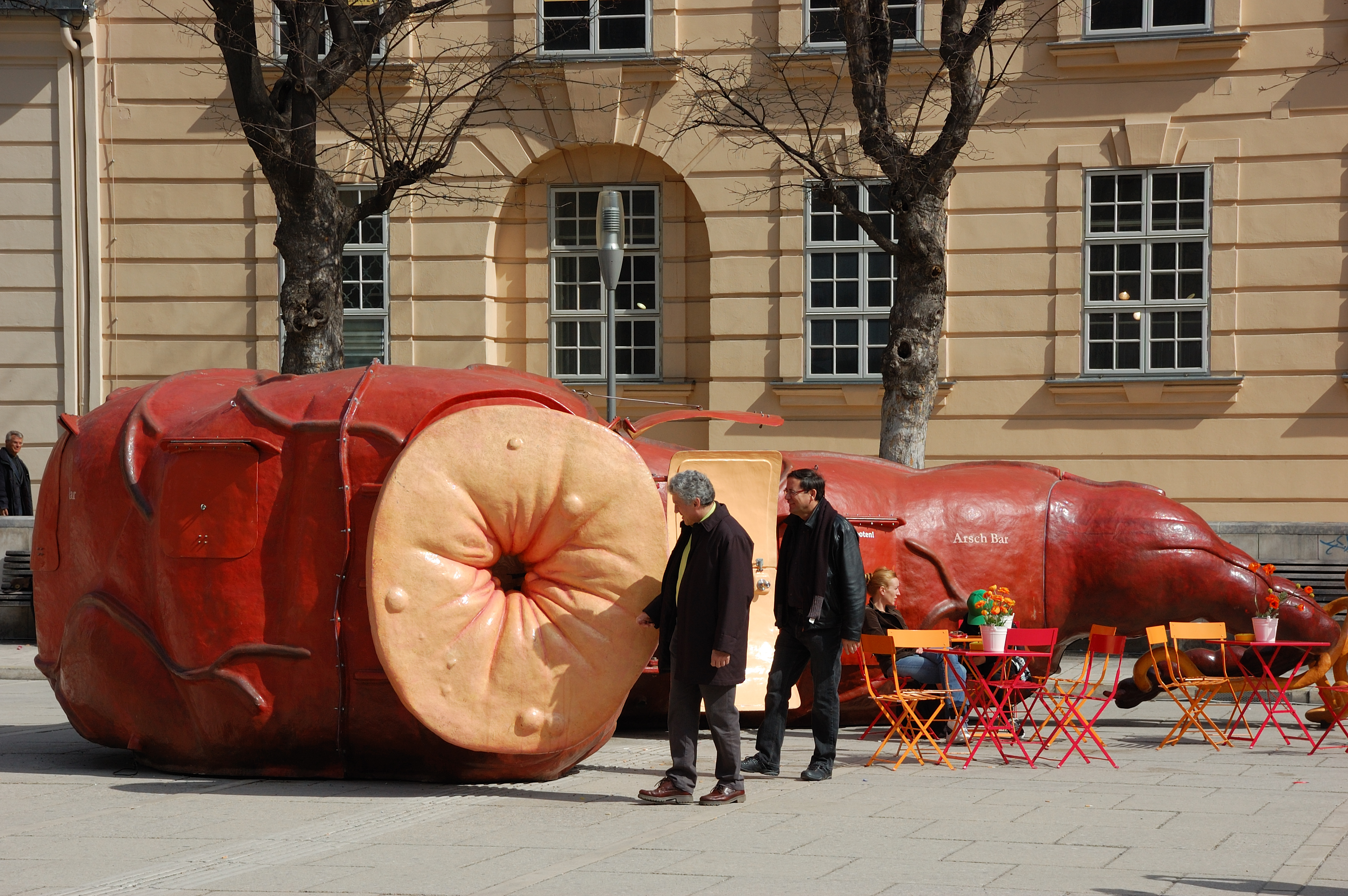 People, listen. We live in difficult times. People are divided against each other. But if there’s one thing that can bring happiness to everyone on earth, it’s the knowledge that there’s a hotel shaped like a butthole that you can stay in.

Thank you, CasAnus House, for showing us the way.