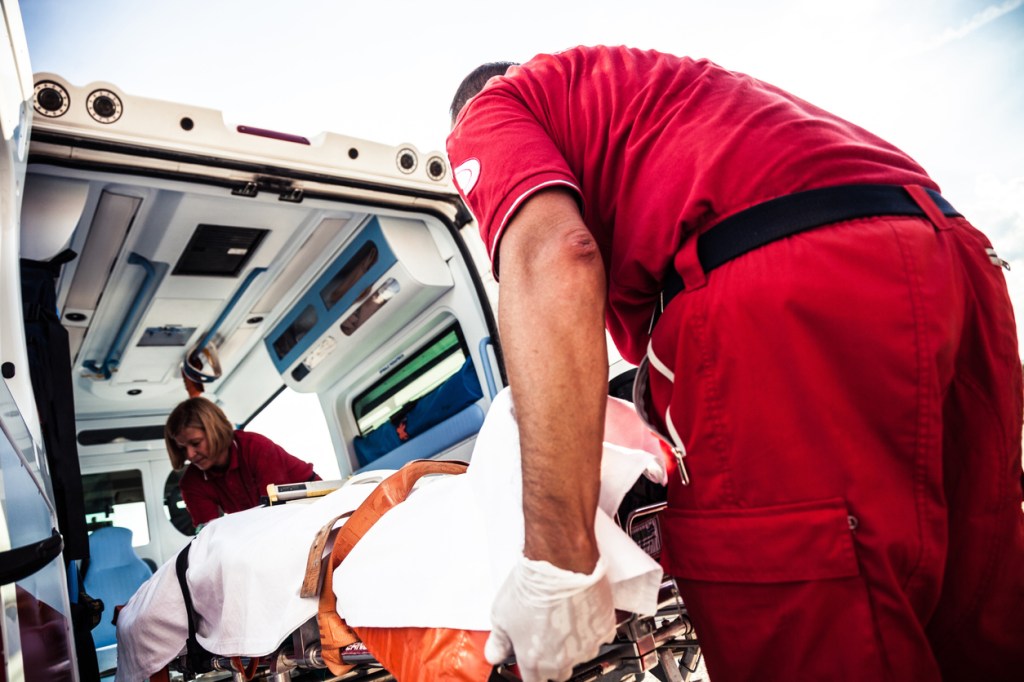 Doctors go to school for a looooong time to become experts on the human body.

So if something is going wrong with yours, you should probably visit a professional first, or you might end up like one of the people from these 19 stories from AskReddit – though it could be argued that this first one was working (before the inevitable infections):

Had a patient who was very self conscious about the loss of her teeth. Made her own dentures out of cotton balls, the sticks from q-tips and glue. Could hardly tell they were fake

I’m not a medical worker, but I once watched a guy put hand sanitizer in his eyes to avoid pink eye in basic training.

Ophthalmologist here – I’ve had a patient who would re-wet her contact lenses when they felt dry by putting them in her mouth. Ended up with a central corneal ulcer requiring a transplant.

Not a medical professional, but I once shared living quarters with medics at a small outpost in Afghanistan. Whenever they weren’t busy otherwise they’d see as many locals as they could. I’m working in the back room one day when I overhear this little gem of a conversation:

Patient, through interpreter: “I caught an STD recently during a vacation in Pakistan.”

Context: The locals tend to look at Pakistan like Americans view Las Vegas; a way to get away from it all for uninhibited hedonism when desired.

Medic: “How bad are the flareups?”

Patient: “Pretty bad, but I’m trying to treat it naturally.”

I lean in at this point, ready for whatever explanation is coming. Long silence from the medic, who is trying to process the situation.

An elderly lady brought her husband in with severe diarrhea. She had stoppered his anus with a ’00’ rubber cork. He died of sepsis.

I had a guy who had tried to pry his own tooth out with a screwdriver. It did not go well.

Self diagnosis. They were in for a Cat Scan for abdominal pain. Patient began to tell me how they were pretty sure it was Uterine torsion as they researched it online and they were 110% sure this was the issue.

GP here. The most outrageous thing I’ve heard was from a boy who was something like 20-22 years old. Very poor, illiterate family. The boy had a bad case of tonsilitis and refused to take any meds because all he needed to do was “bite the sun”. Basically at noon he had to look up to the sun, open his mouth as wide as possible and “bite” the sun several times so it would “burn” his tonsils and cure him over the course of a couple weeks. When that wouldn’t work, plan B was to do the same at night but only under a full moon.

I work in a retirement home, and I caught one of my residents with a spoon inside her butt. Apparently she tried to cure her constipation by sticking a spoon up her booty and trying to scoop the poop out.

I saw a patient with cancer get convinced by his chiropractor to stop his chemo and just get “naturopathic adjustments” instead. He stopped his chemo and thought he was getting better because he was no longer getting the chemo side effects. He died.

An 8 year old tripped on the cord of a deep fryer, spilling hot grease on his shoulder and arm. His grandma slathered him in butter to “cool him off” and “draw the heat out”. When my medic partner and I entered the house and started assessing the boy, I was saddened and hungry at the same time. The poor kid smelled absolutely delicious. – No cannibal.

A man came in with his wife because he had been bleeding from his bum. He thought that the best way was to self-anesthetize with alcohol, lubricate the area, and cauterize with a curling iron…

He actually got it a fair way up before he pulled it out, judging by how much of his rectum turned KFC. We had to remove about a foot of GI tract due to burnt, scarred tissue. The worst part was that didn’t even stop the bleeding, which originated farther up the GI tract than the iron would ever reach.

I work at a veterinary clinic and we once had a gruff, old country guy come in with his Australian shepherd. The dog had a huge hanging growth under his neck that was rubbing against the ground and just looked horrible. The doctor strongly recommended he have it removed, and the owner said he could do it again.

Again!? Apparently, the dog had a smaller growth in the same spot years ago that the owner removed with a pocket knife and bottle of alcohol. No closure, no antibiotics.

We were so shocked! The doctor went on to educate him as to why that is NOT a good idea. He eventually agreed to let us do the procedure, but MAN was he a difficult son-of-a-b.

We’re still not sure how the dog survived the last removal without any problems.

I worked at an OB/GYN clinic for 7 years. One day a girl called and said she had a broken shot glass up her vagina. Upon asking how it got there, she said she was using it as birth control. Thankfully, it worked, because no one that stupid should have children.

While working in the ER, an older woman came in and complained of a headache and rectal pain. Nothing too out of the ordinary by themselves, but an odd combination of complaints. A few questions in, we find out that patient has been attempting to treat her headache with over the counter ibuprofen… Rectally. She was pretty embarrassed when we told her over the counter meds can’t be taken rectally unless specified.

Had an old farmer come in to the ED one day with a severely infected wound on his head. Turned out he had a growth developing on his head for the past few weeks (which turned out to be a tumour). He had been treating it with RoundUp (a potent weed killer) because “that shit kills everything”…

My Uncle had a rotten tooth, and was scheduled to get a proper surgical removal the next day, but it was just too painful. In the middle of the night he attempted to remove the rotten tooth himself with a pair of needle nose pliers. He didn’t realize that the rotten tooth was very weak, so when he attempted the removal, the tooth shattered. This made him have to get in his car and drive himself to the hospital (while biting down on a blood-soaked cloth) to get much more expensive emergency surgery to remove the shards of tooth. That was truly idiotic.

Responded to a nursing home for diabetic patient, unresponsive.

The nurse didn’t keep up with the insulin and gave a tad bit too much, decreasing the pt’s blood sugar. Ok, this is fixable. I walk in to see another nurse pouring Splenda down this lady’s mouth.

She has snoring restorations and the Splenda is just being inhaled into her lungs. It also isn’t doing shit for this poor lady because it isn’t fucking sugar.

After give this lady some D50 (IV sugar water) she came to, but felt like she couldn’t get enough air.

She ended up being treated for a few days for pneumonia.

I swear, some people get their medical licenses from the bottom of a Cracker Jack box.

19. Nothing can be even worse.

Urologist here. Sometimes doing nothing is the worst thing. I’ve seen plenty of patients with advanced penile cancer to the point where identifying anything that resembles a penis is impossible. How some people let it get to that stage still surprises me.