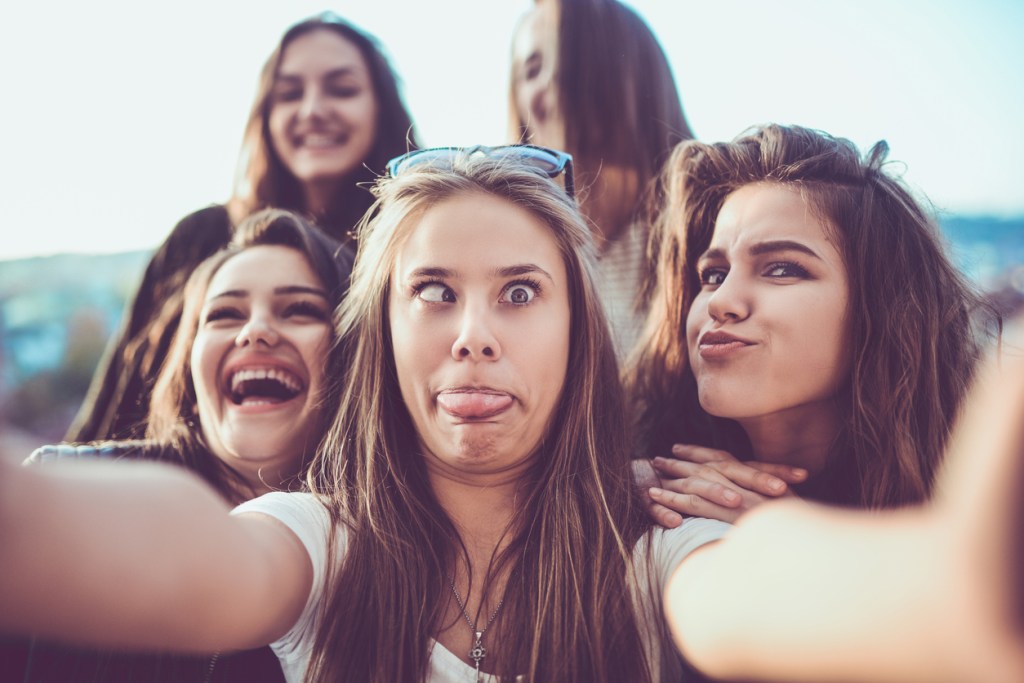 18 Men Answer the Question, “What Makes A Girl Crazy?”

Even the most level-headed of women can have moments of weakness or insecurity, but, like with all particular groups of people, there are some who can take things to the extreme. These AskReddit users shared personal stories that, frankly, just perpetuate the ‘bitches be crazy’ stereotype… but we’re gonna read them anyway. Because boredom.

“I know one girl who still checked her ex boyfriend’s email 4 years after they broke up. I guess he never changed his password.”

“My friend was dating a girl for a couple of months when she told him that she was pregnant and he was the father. He broke up with her after that because…they had never had sex.”

“Showing up places uninvited. Acting (and talking) like you’re further along in the relationship than you are. Actions or conversation designed to show ownership over you.”

“I once dated a girl who after about 6 months of dating, mentioned marriage. That would have been fine if it weren’t for this little doozy…”we’ve been together for like 2 years” at first I thought she just misspoke. But after some more discussion she was entirely sure we had been dating for 2 years. I had only been in that country for 8months and met her shortly there after…”

“”Do you want kids?” “I do not.” “Whatever. Yeah you do,” and then makes so-called jokes about us having kids. Don’t you think it’d be best to find a compatible mate who also wants kids? This kind of girl is the type who would poke holes in condoms. [Screw] that.”

#6. But ARE You The Antichrist?

“I met a girl at a bar one night and she gave me her number. I called the next day and we made plans for the weekend. We went to dinner and had a few drinks while listening to the band. The night was getting on and we decided to head back to her place. Things got quiet during the car ride when out of nowhere she turned to me and said in a deep voice, ” Your mother’s name is Dorothy and you are the antichrist.” I immediately asked, “what?” Her reply was, “oh sometimes I just say weird things.” My moms name is Dorothy.”

“Crazy eyes. I’m talking about you can see her entire iris and it looks like she’s trying to keep her eyes open as wide as possible. Something about it just makes them seem dead inside…”

“Waiting until everyone’s asleep, and then talking to herself in multiple voices, giggling sporadically. Freaked my friend right the hell out.”

“Sends you bizarre messages on Facebook using various aliases every six months even though you haven’t seen her in a decade or so. The most recent one was about two weeks ago sent at 430am.”

“Girls that look to add you to their collection. “Oh, I’ve never been with a tall guy/black guy/Uber driver before”. I had someone try to sleep with me strictly because she had slept with my twin brother, and “wanted to complete the set.” Gross, Jill. Gross.”

“I remember a goth chick way back in Jr. high who used to try giving herself tattoos in class. She’d dip a sewing needle into ink and stab along her arm all through class. Tried talking to her asking if she was alright, but she kept going on about how cool it was and I really didn’t want her to try stabbing me with it (she asked if I wanted one when I saw her doing it). Later on she used the same needle and would sew thread throughout her hand and arm. Seeing this actually made me pretty nauseous and thankfully our teacher finally noticed. I also noticed specks of blood on her desk afterwards and the janitor wiped it down with water and a paper towel. 6th grade was kind of fucked up.”

“Randomly meowing like a cat. Had a girl do this all the time and I never knew how to respond.”

“I was dating a cheerleader in college, and then I transferred and we kept dating. I would always complain about her, and when she visited, she was super nice and friendly to my whole social circle. So all my friends liked her and thought I was just being mean. When were in a group, she called, and I didn’t answer. And I told them to pay attention to my phone. She called 15 times in a row (which was common). We were drinking, so we kinda made an impromptu drinking game out of it, my friends finally saw where I was coming from.”

“Taking about the size of the dicks of the guys they’ve been with. As if thats somehow going to impress me or make me competitive…has happened to me twice.”

“Creeping through your phone/FB inbox. With my wife, I’m an open book; she knows my passwords and has access to all of that stuff. But she never goes through it because she’s not an insecure mess. My ex OTOH, I never gave her any of my passwords because I didn’t trust her. She creeped through my computer a few times when I was asleep. There’s no need for that even though I have nothing to hide. Just let me have some privacy, and trust me.”

“When she keeps looking at your dick while you’re having a conversation. Hey lady, my eyes are up here.”

“I’m pretty late to my party but my ex threatened to break into my apartment and put my cat in a shelter because it wasn’t fair that I got to keep the cat I adopted before we started dating. I’d call that crazy.”